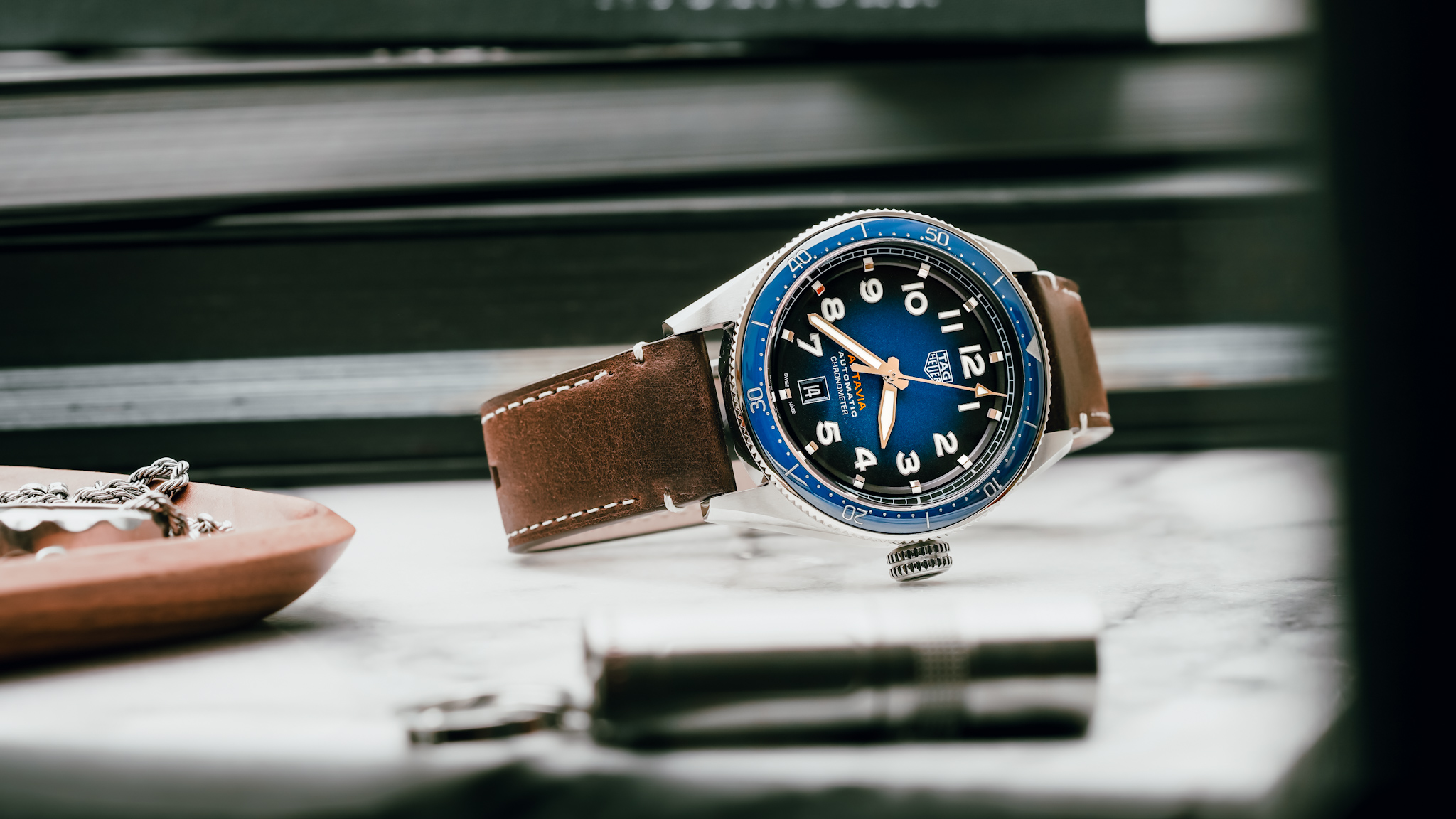 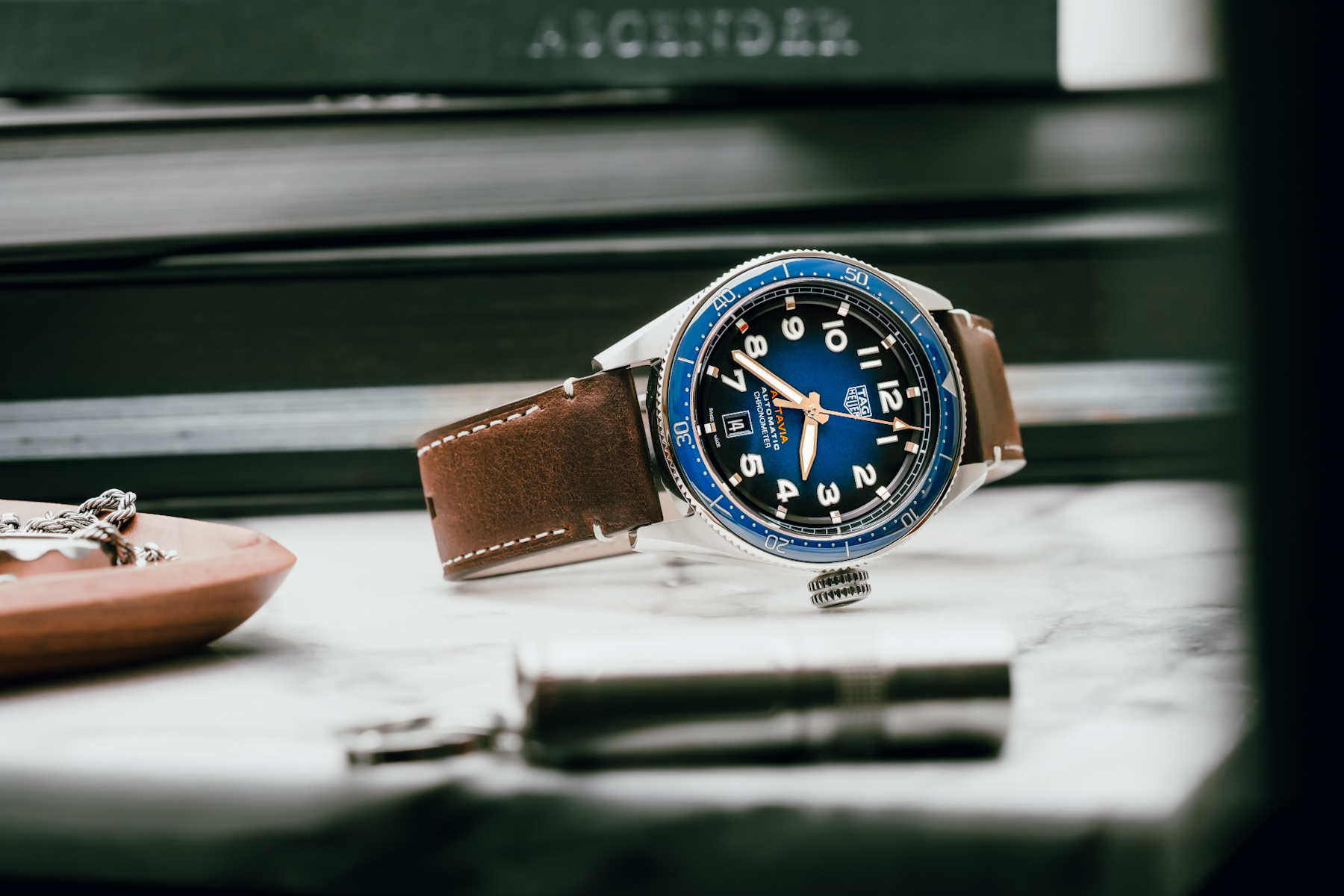 So, whatever happened to the Autavia Isograph? It was easily TAG Heuer‘s biggest launch in 2019, one destined to fill a gap in the brand’s offerings as a perfectly affordable, three-hand sports watch built atop the legendary Autavia heritage. But the new Autavia was more than just a handsome three-dimensional dial set inside a well-proportioned case — inside, the watch was powered by a revolutionary new hairspring technology that debuted only two months prior. It was, not surprisingly, one of the most talked-about watches at Baselworld last year, but after a splashy launch, the watches themselves never seemed to fully materialize at retailers. Then, back in January of this year, TAG Heuer issued a press release announcing the Autavia Chronometer, powered by what appeared to be a standard chronometer-certified Calibre 5 movement — the same as what’s inside most of TAG Heuer’s modern three-handed watches. I recently checked in with the TAG Heuer team to get more insight into the story behind the movement change, while spending a few weeks with the new Cal. 5 Autavia on the wrist to get a better idea of how it wears (spoiler alert: exactly the same as it wore last year). 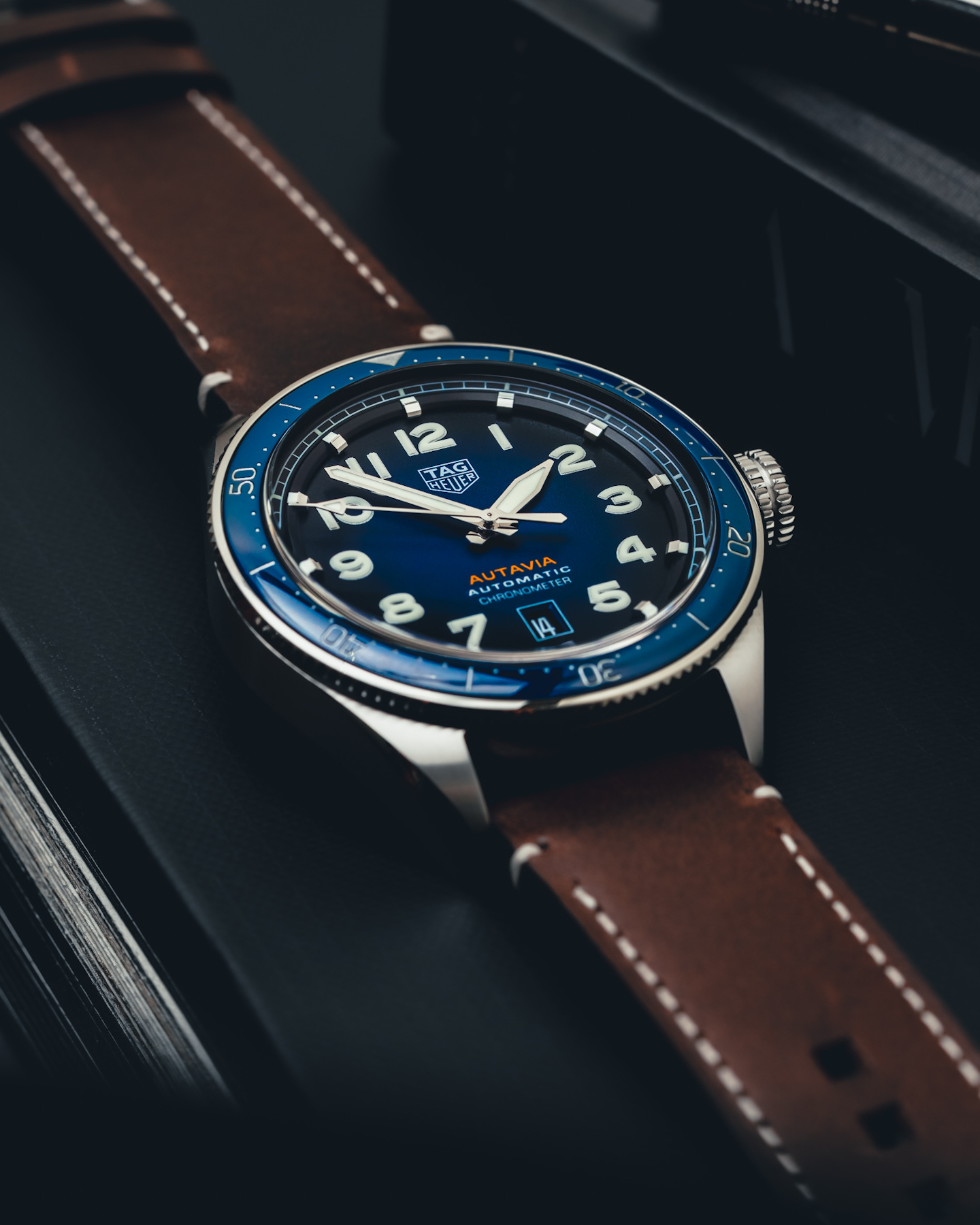 Physically speaking, both the 2019 Isograph and the 2020 Cal. 5 Autavia watches are virtually identical. The case, in both stainless steel and bronze, with its knurled push-pull crown and snappy bi-directional rotating bezel, the cool quick-release strap options, and multitude of lovely degradé color choices all remain the same. The physical dimensions of the 42mm x 14mm case and its 100-meter water resistance are also the same. A closer look at the dial reveals the only tell: the word “Automatic” has replaced “Isograph” where the latter was once sandwiched between “Autavia” and “Chronometer.” 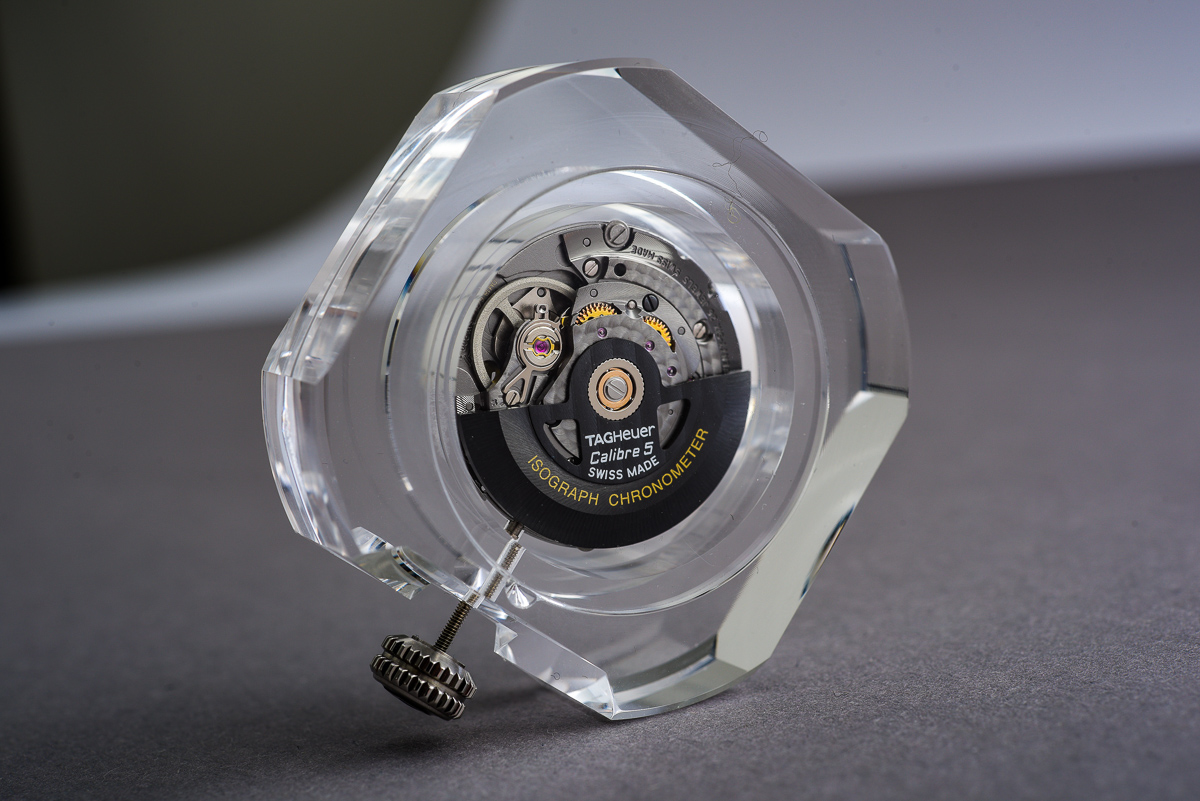 A TAG Heuer Calibre 5 movement equipped with an Isograph hairspring at Baselworld, 2019

As the heartbeat of every mechanical watch, the hairspring is objectively the most complicated part of the watch’s movement to manufacture. With tolerances measuring under 0.1 microns, the traditional Swiss watch hairspring starts its life as an iron-nickel alloy wire that is transformed into a whisper-thin coiled spring over the course of a number of highly complex processes. At the same time, it is also the movement’s most crucial and sensitive component, one that’s highly susceptible to outside influence — shock, magnetism, gravity (i.e., the watch’s position being horizontal or upright, etc., while on the wrist), and even subtle natural defects in manufacturing — all of which can yield imprecise and unpredictable timekeeping in the watch itself. Consistently producing a hairspring that’s impervious to these side effects, and doing so at industrial scale, has remained a conundrum for many a well-heeled manufactory. Because of this, very few brands have ever managed to achieve true independence from Nivarox, the Swatch Group’s longtime supplier of this critical component for much of the watch industry. 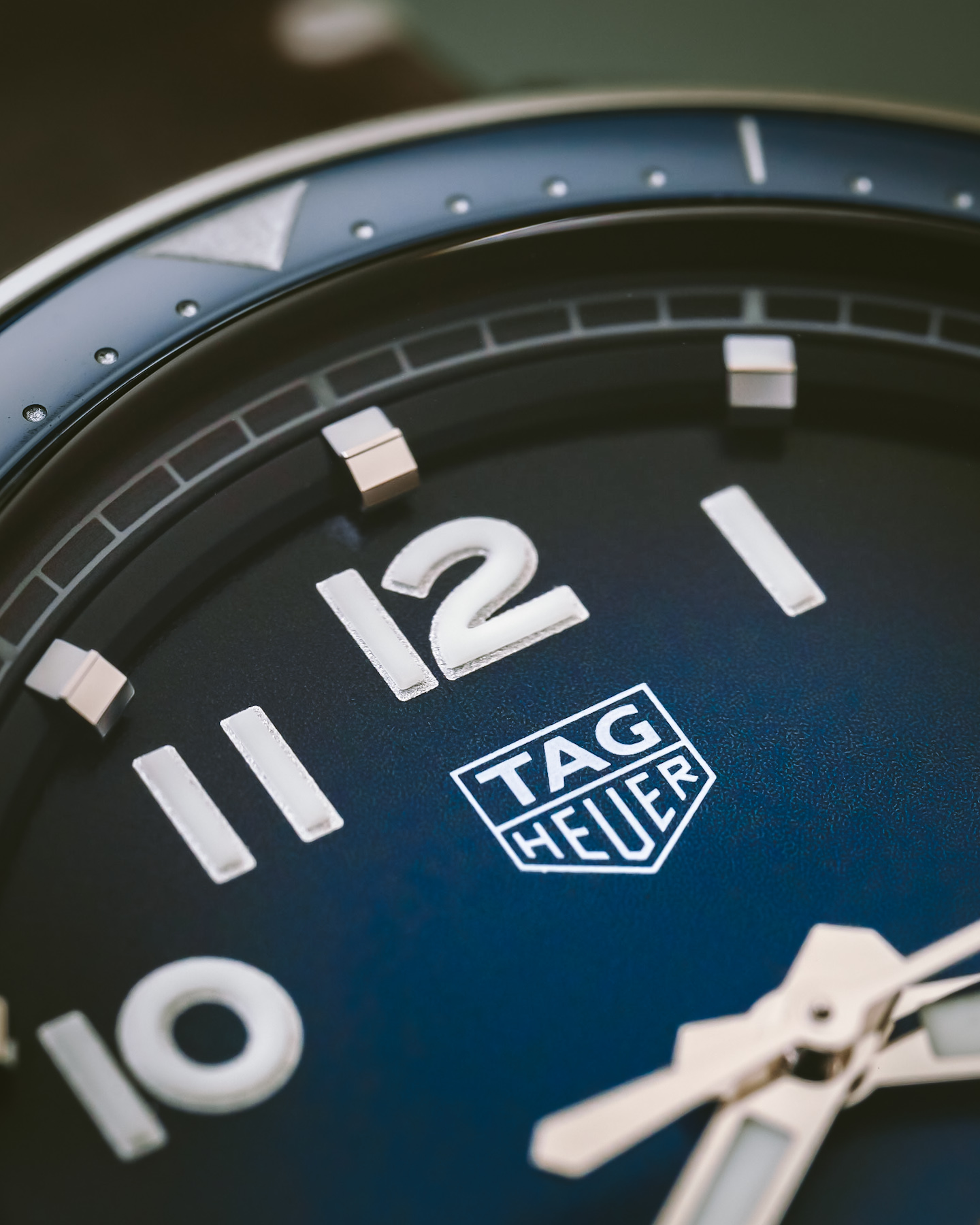 So, to call TAG Heuer’s bid to produce a new amagnetic hairspring out of an experimental new carbon-based material at its own manufactory in La Chaux-de-Fonds “a gamble” would be putting it mildly. But the truly disruptive move on the brand’s part wasn’t just producing a hairspring at scale that could out-perform any established silicon or alloy alternative, it was putting that proprietary hairspring in a new collection of relatively affordable sports watches — making the technological breakthrough and its genuine end-user benefits available for pretty much everyone. All of that was well and good, but as we’d later learn, the full-scale industrialization of the Isograph hairsprings wasn’t quite ready for prime time, with production unable to meet global demand. So rather than permanently relegate the new Autavia to obscurity on the proverbial waiting list, the brand opted to make a running change: recall any unsold inventory of the Isograph Autavias and revert back to the standard Calibre 5 movement deployed in many of its three-handed Aquaracer, Carrera, and Formula 1 watches.

What does that mean for collectors? Well, for starters, while we might never know the exact number of Isograph-badged Autavia watches that escaped recall and remain on wrists, its innovative technology and extremely short production run all but guarantees a very high level of collectability. It also means a slight price change: The new Autavia gets a $400 reduction on the now-discontinued Isograph variants, making an attractive and highly capable sports watch that much more affordable. But perhaps more importantly, the Calibre 5 (ETA 2824-2 base) is one of TAG Heuer’s most widely deployed calibres, with a long history of predictable timekeeping and easy serviceability — these benefits will certainly extend to the new Autavia, as well. 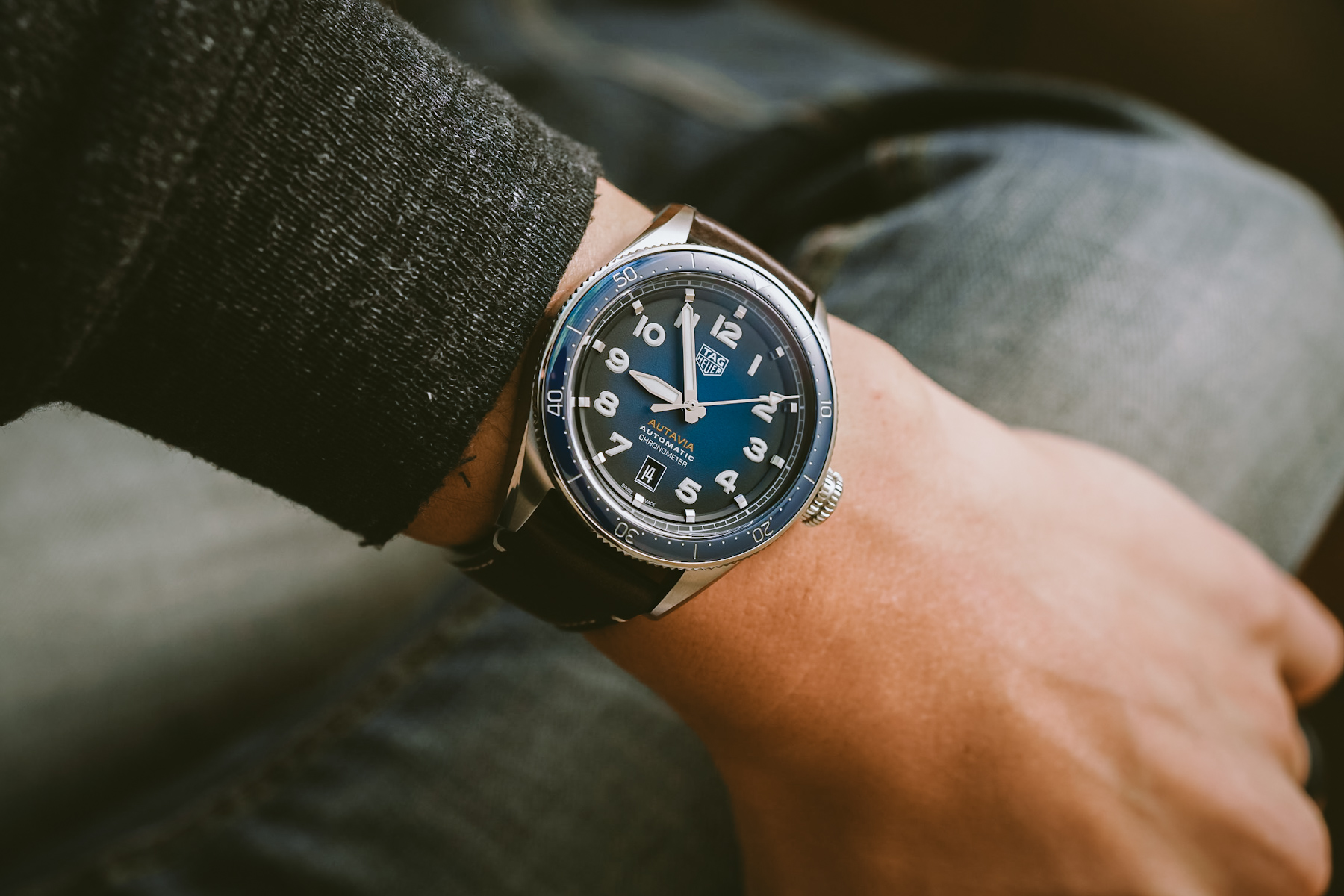 Movement change aside, the fact remains that it might have seemed like a strange maneuver in 2019 to re-launch the iconic Autavia chronograph platform around a three-handed sports watch, but as we learned after chatting with CEO Stephane Bianchi in Dubai earlier this year, it wasn’t an easy decision. But it was a choice made with the full understanding that a three-hand watch still faithfully represented the spirit and capability of the Autavia, which was originally conceived as a sporting watch that could serve the needs of both pilots and motor racers. Plus, it bears repeating — this was also a conscious decision to address a gap in TAG Heuer’s heritage-inspired offerings, where a sporty and affordable option simply didn’t yet exist. 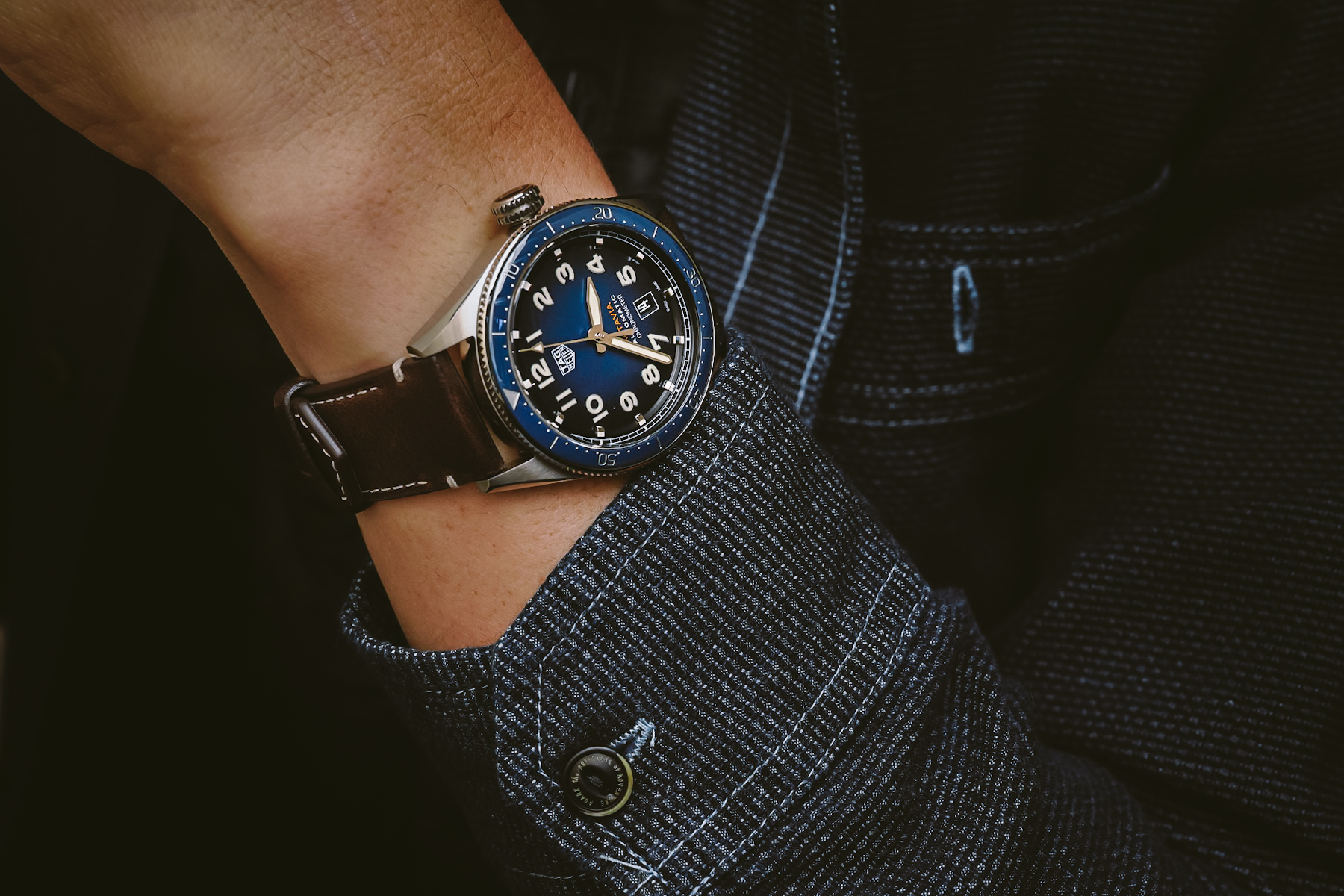 Ultimately, though the beating heart of the Calibre 5 Autavia might not be quite as exciting as its progenitor, the watch itself is every bit as good as, if not better than, before, especially if economics is at the core of your next watch purchase. But the real question here is whether or not the Isograph ever return to the Autavia? It might be a little too early to tell, but if I were a gambling man, I’d argue that all the investment in its research, development, and production won’t be going to waste and that a re-launch is certainly on the way. As for specifically when that might be, though, it’s probably safe to assume that the brand won’t jump the gun twice — and when it’s ready, it’ll be really ready. 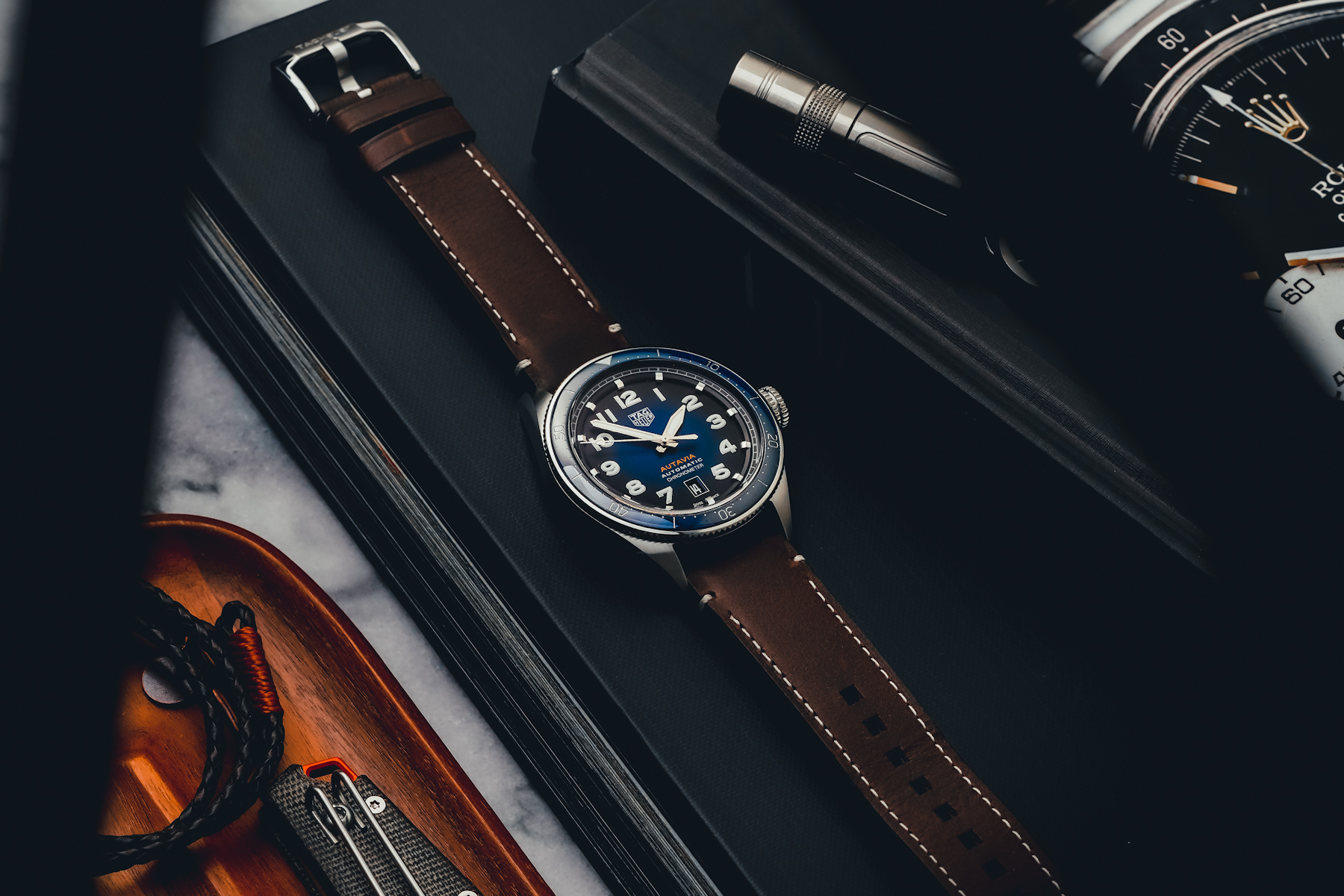 The TAG Heuer Autavia Chronometer is available now and starts at a retail price of $3,100, which is a $400 reduction on the entry price point for the discontinued Isograph variants from 2019. For more information, visit tagheuer.com.