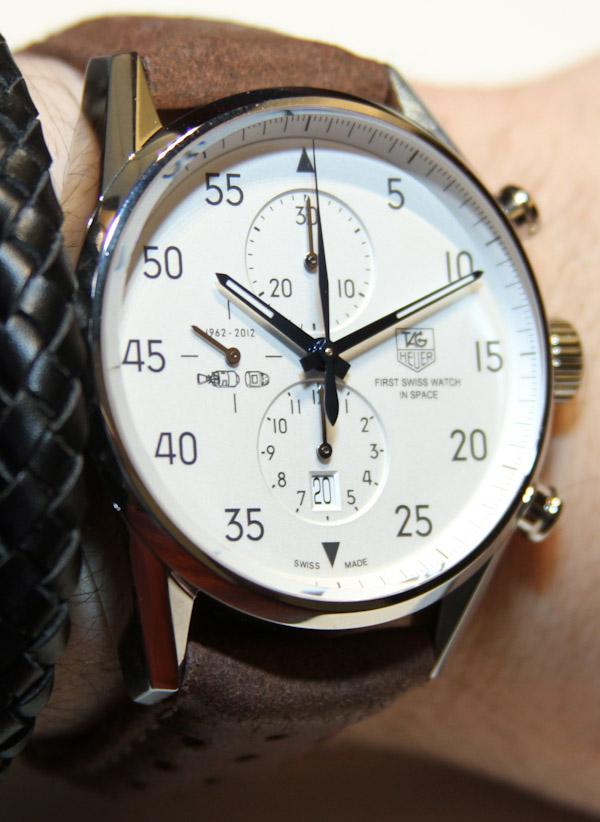 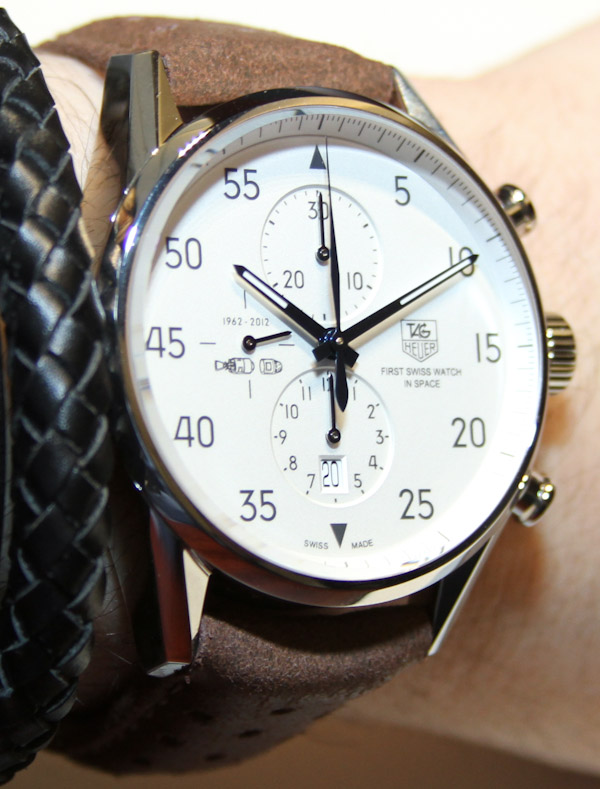 Elon Musk’s SpaceX made big headlines recently as their Dragon capsule docked with the International Space Station (ISS). They also recently announced a new deal with the US military to transport payloads into space – which was only possible after they flew three successful missions in a row. While sending people to space started as a government-supported goal, it is now up to private companies to further our galactic presence. SpaceX is among a select group of global companies that will continue our mission to space. Tag Heuer has released what is probably the first watch in celebration of SpaceX’s achievements.

Tag Heuer and SpaceX’s relationship likely started with Elon Musk – whom the brand worked with on his other company Tesla. I don’t know if you recall, but Tag Heuer had a neat branded electric Tesla Roadster S car that they took around the world on a large tour. I actually don’t know if there was ever a Tag Heuer Tesla watch – I don’t think there was. With SpaceX there is, and Tag’s relationship with Musk’s ventures continues. 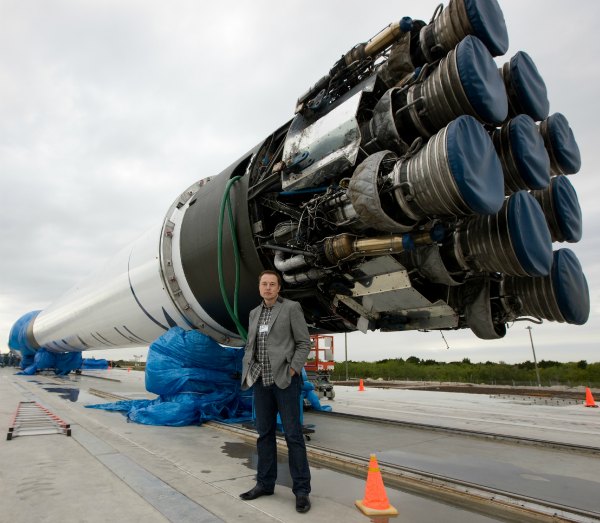 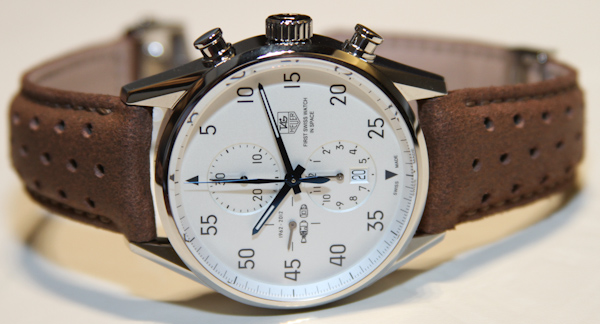 This limited edition watch is called the Tag Heuer Carrera Calibre 1887 SpaceX Chronograph, and will be part of a limited edition of 2,012 pieces. While it is branded SpaceX, the watch also celebrates the 50th anniversary of Tag Heuer’s status as “The First Swiss Watch In Space.” That same phrase is printed on the dial and caseback of the watch. In 1962, John Glenn wore a Tag Heuer stopwatch on his wrist over his flight suit when being launched into orbit around the earth. It was supposed to be a back-up clock or timer. This of course predated the Apollo XI mission to the moon later that decade.

I am not totally sure how SpaceX fits into that, but the little picture of a rocket on the front and rear of the watch is of a SpaceX rocket and capsule. The white dial with blued steel hands is very reminiscent of stopwatch-style dials, while also being quite instrumental in design. The Carrera SpaceX watch offers a clean, legible look that I think many watch lovers will appreciate. The SpaceX logo and rocket image on the rear of the watch is placed on the sapphire exhibition caseback window which is tinted. 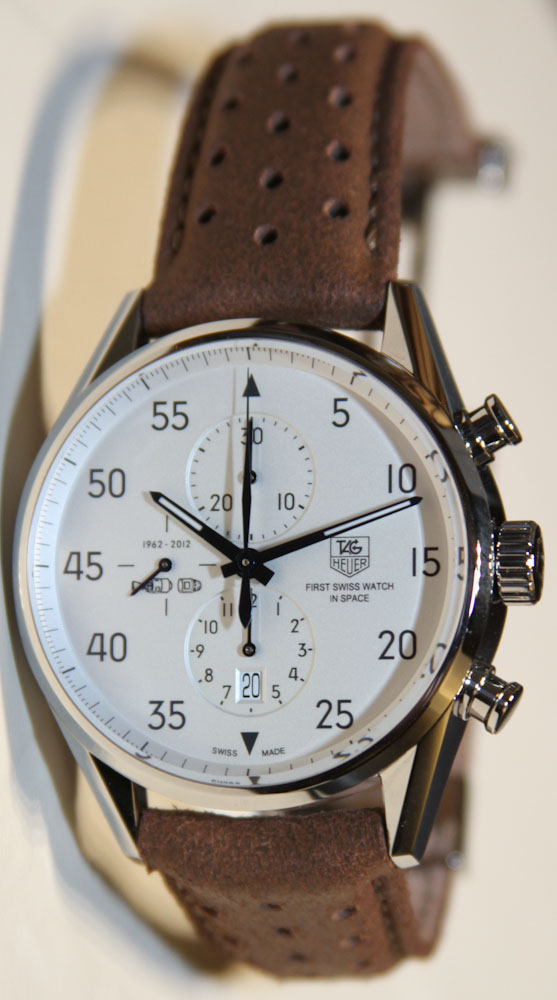 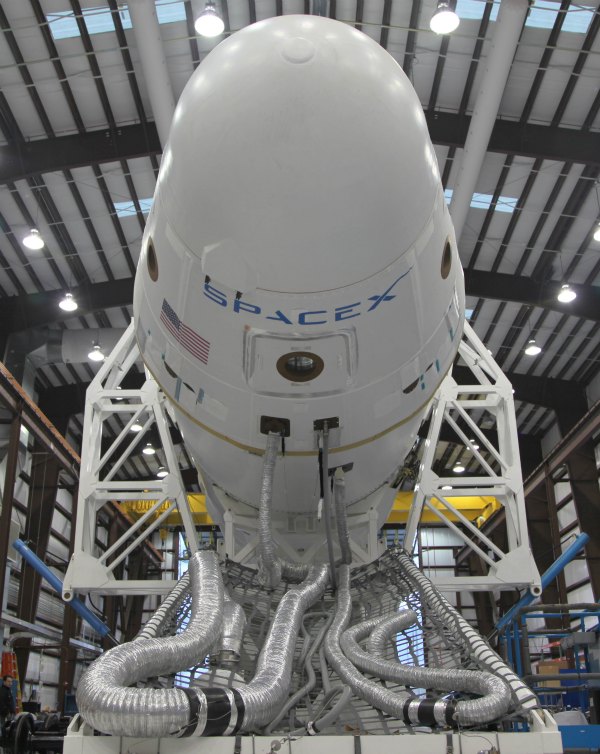 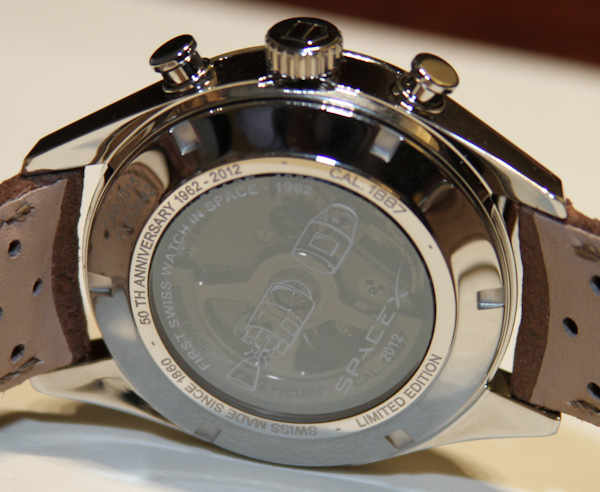 The watch itself is 43mm wide and in steel. It looks good being polished and mixed with the more traditional looking dial. That gives it a nice tool/formal watch mix of aesthetic values. No doubt it has a bit of a retro flair. Inside the watch is the Calibre 1887 movement that the newer Carrera watches contain. The 1887 is an in-house made movement using a base design that Tag Heuer modified from a high-end Seiko automatic chronograph caliber. It is a pretty good movement and feels a bit more interesting than the standard Swiss ETA 7750s contained in most Carrera timepieces. 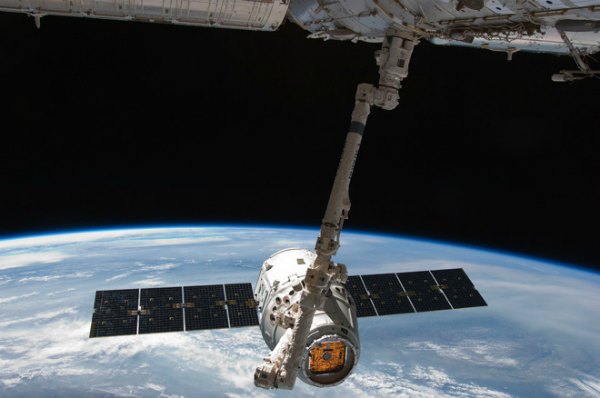 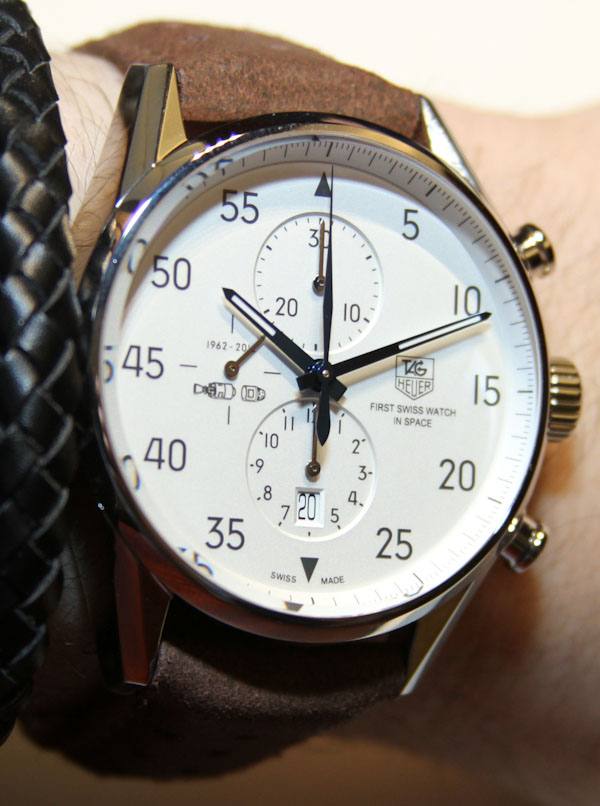 Attached to the case is a brown suede-style leather strap with racing style perforations. The rugged looking strap helps give the instrument-style dial a bit more personality. The watch is also available on a metal Carrera bracelet – which will turn it into a watch that fits very well at SpaceX headquarters (I can imagine). With a release of around November, 2012, the limited edition of the 2,012 piece Tag Heuer Carrera Calibre 1887 SpaceX Chronograph watch will retail for $5,800.