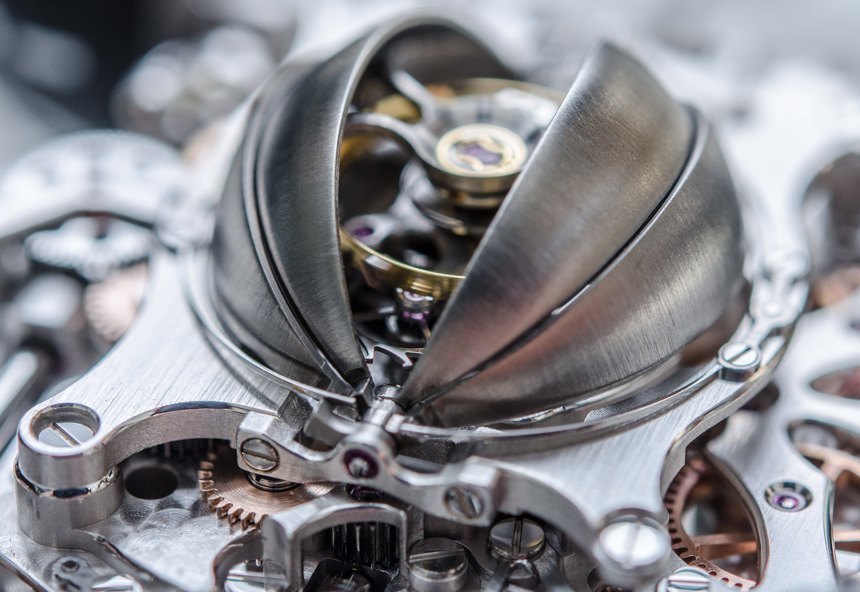 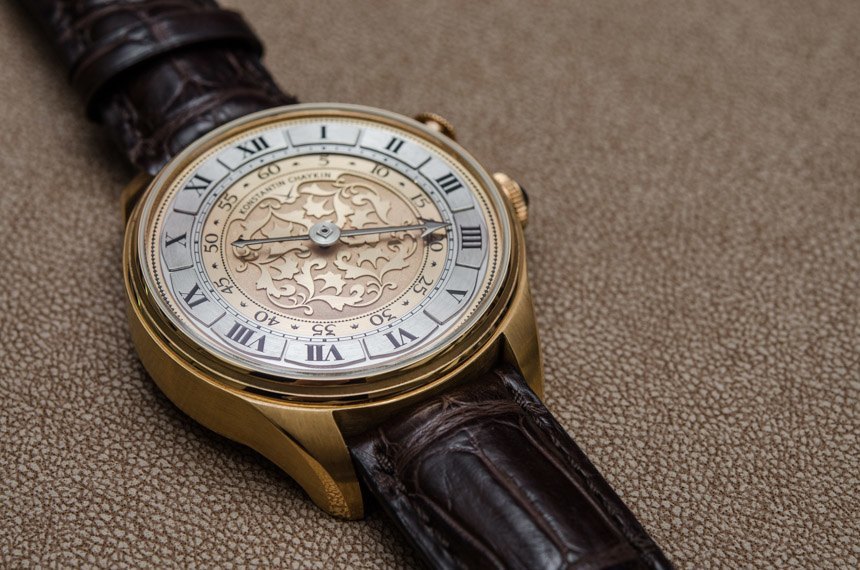 Tag Heuer is a curious brand in that its pieces are diverse in its price range. It makes relatively affordable quartz pieces and at the same time also has some truly outstanding and costly watches such as the Monaco V4 Tourbillion and the MikroPendulumS. And earlier this year at Baselworld, it announced a brand new chronograph movement called the CH80 and a new watch that will feature this new movement called the Carrera CH80. The watch was positively received and many were looking forward to its launch. However, production was delayed time and again and the latest news seems to indicate that Tag Heuer will cease production altogether. This all sounds very drastic, and in this round-up, we feature an article that takes a considered look at why this has happened.

If we were to take a look at the individuals who have contributed most to horology, many of them would be British. Here are some examples: John Arnold, John Harrison, George Graham, Thomas Mudge, and more recently, George Daniels. British watchmaking is enjoying a resurgence now and brands like Bremont and Christopher Ward are fast becoming household names amongst watch enthusiasts. However, all is not well, and Roger Smith, the only apprentice of the late George Daniels, wants to tell us why.

And finally, if you love complicated watches, there is no shortage of them this month as we take a close look at Bulgari’s new Daniel Roth Carillon Tourbillon Minute-Repeater, Bovet’s Recital 16 Triple Time Zone Tourbillon, and Konstantin Chaykin’s Genius Temporis Single Hand watch. We also have an in-depth look at the “engine” behind MB&F’s new and stunning HM6 Space Pirate. 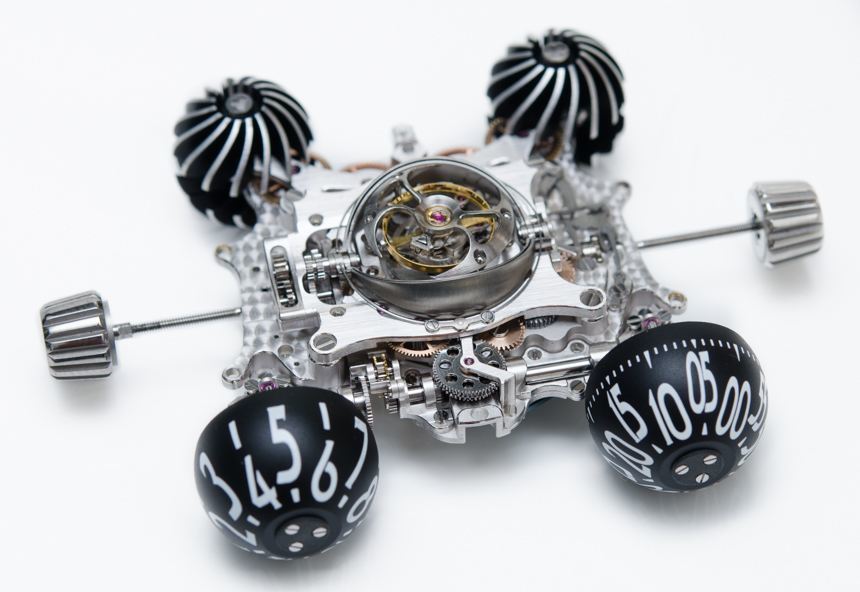 Movement Hands-on is a new series we are introducing for movement geeks. It takes an in-depth, behind-the-sapphire-caseback look at movements that we deem interesting or important. For our inaugural entry, we are featuring the recently released MB&F HM6 Space Pirate. Like all MB&F movements, the movement in the HM6 is entirely bespoke and was conceived after three years of research and development. Check out this incredibly detailed article to find out more about the difficulties in developing this movement and how it works. 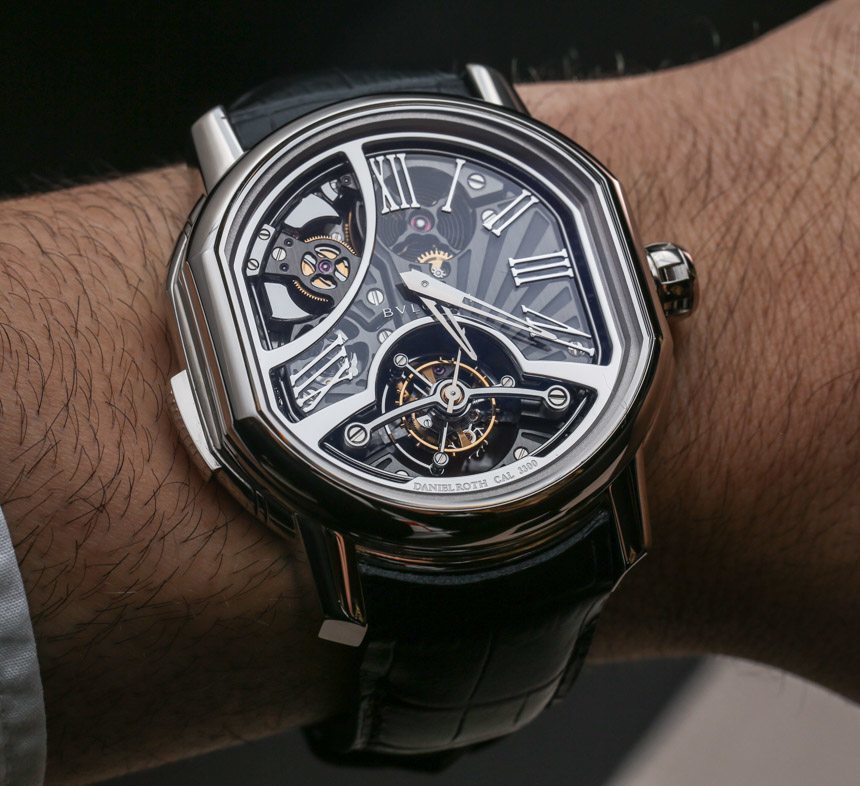 It’s more than time to start taking Bulgari seriously as a haute horology brand: they have been making some really technical and interesting pieces lately such as the L’Ammiraglio del Tempo, which debuted at Baselworld earlier this year, and the Daniel Roth Carillon Tourbillon Minute-Repeater, which you see here. What is interesting about it is that unlike most minute repeaters, which typically have two hammers and gongs, the Daniel Roth Carillon Tourbillon Minute-Repeater has three hammers and gongs, allowing it to play a third high note. More about this mechanism, all the other peculiarities of this piece, and the Daniel Roth collection in our article. 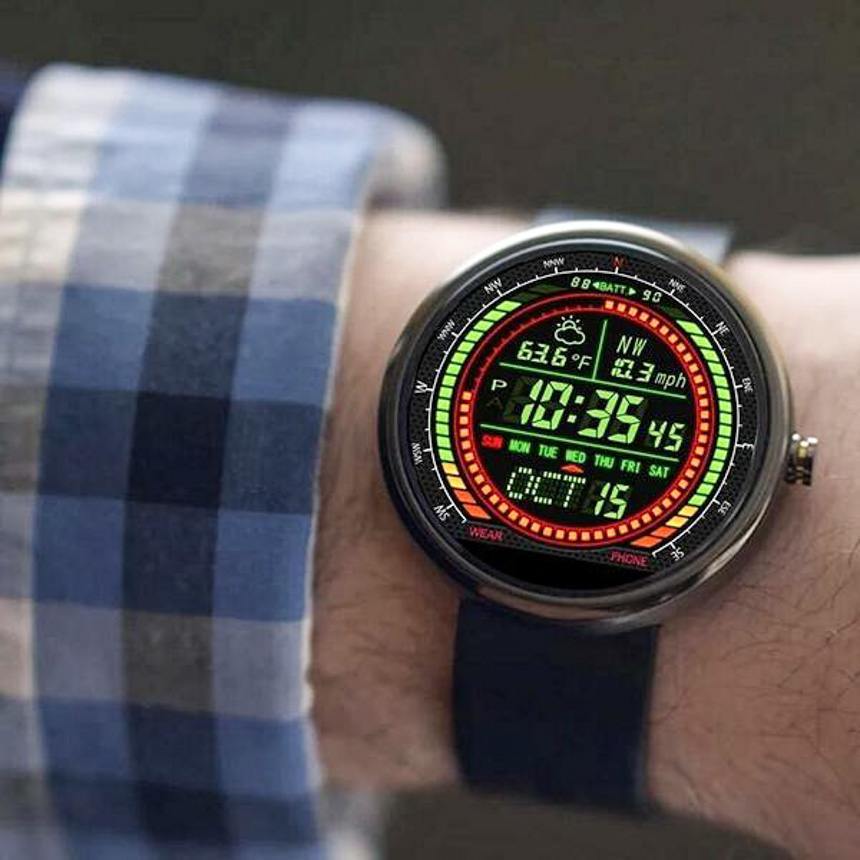 I’m generally not excited about smartwatches, as I feel that there is still a lot of work to be done for them to be truly useful devices. Battery life is one issue, and standalone functionality is another. However, one thing that is cool about them is that their faces can be customized, and already we are seeing a lot of creative individuals coming up with some interesting customized dials for Android Wear smart watches. Check out some of the craziest, most interesting options here: 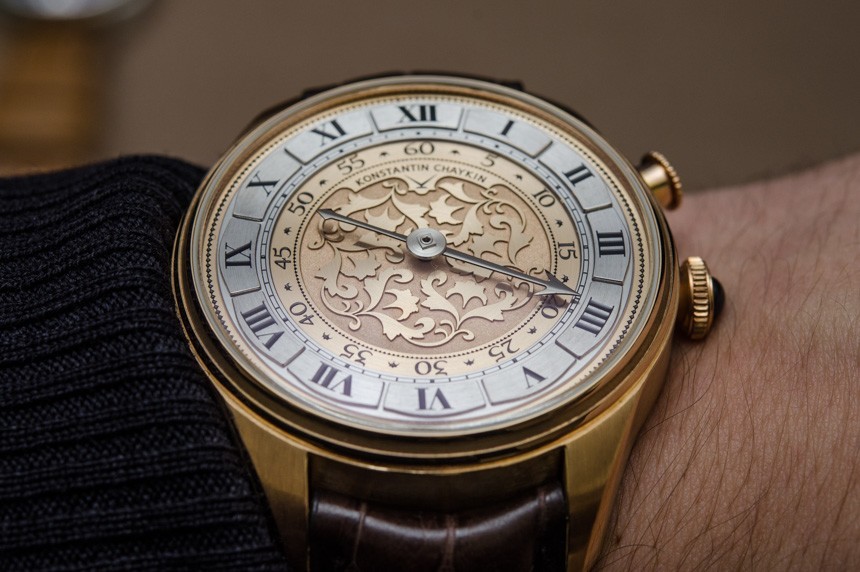 I find single-handed watches to be excellent travelers. By only displaying the hour, I find them to be more calming and relaxing to look at – especially when on vacation. However, this can be a double-edged sword. When punctuality is required, such as when it is time to catch a flight or train, single-handed watches can be frustrating to use because of their lack of to-the-minute precision. Fortunately, this is not a problem with Konstantin Chaykin’s Genius Temporis Single Hand watch – find out how it manages to overcome this problem in our hands-on article. 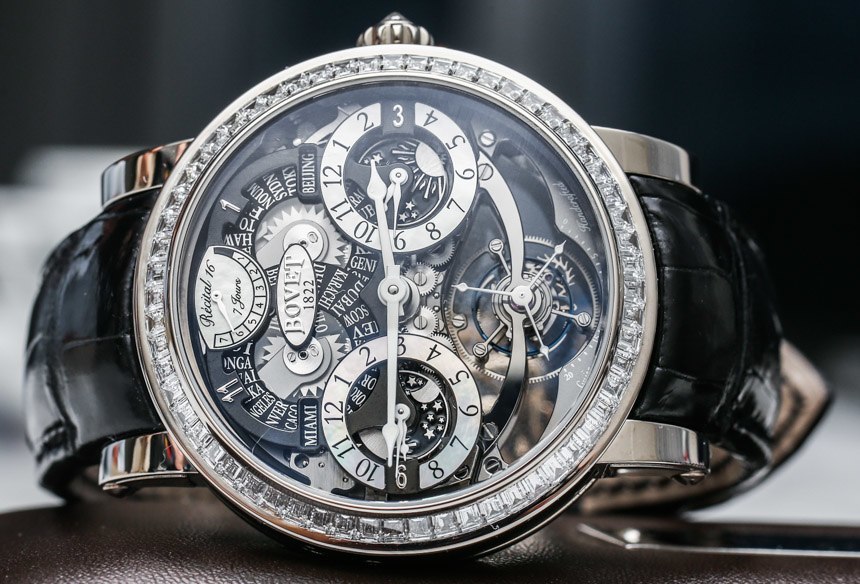 When I think of Bovet, I think of highly skeletonized and classically styled watches that seem to come from the past through a time machine. The Recital 16 Triple Time Zone Tourbillon Watch that we see here follows in Bovet’s rich tradition of skeletonized watches, and it even has a very classic looking case, but somehow, it looks more modern. Perhaps its in complex looking dial, which, by the way, can display the time in three time zones. Or maybe its because of the movement that is peeking from underneath, called the “Calibre Rising Star II,” which is finished in a very modern way. 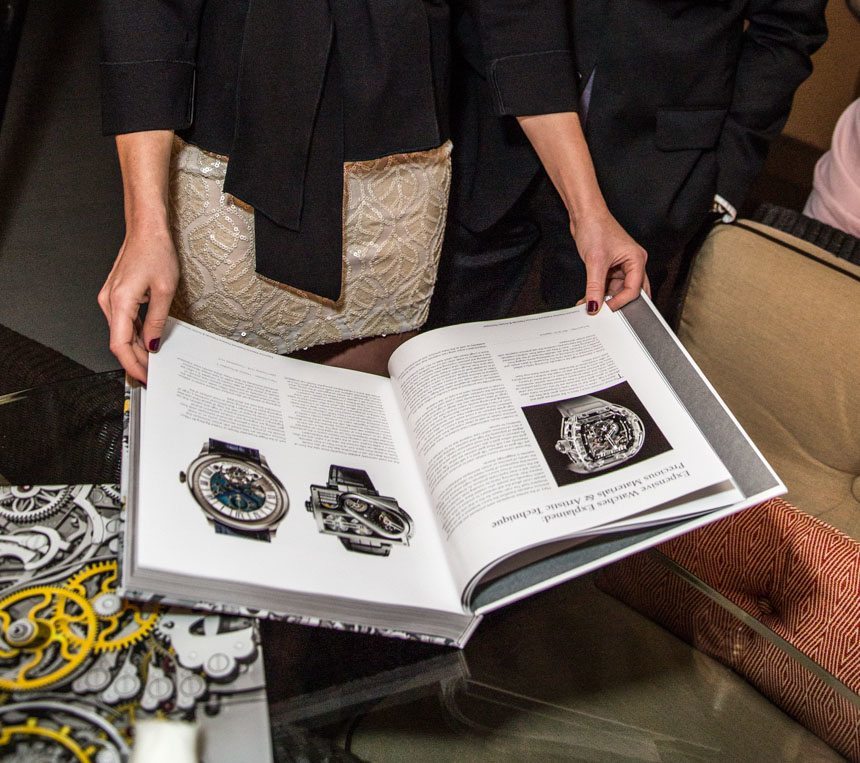 In case you didn’t know, Ariel (our Editor-in-Chief and the founder of this blog) recently launched his first book: The World’s Most Expensive Watches. Don’t be fooled by the simple title. Even though the book takes an exclusive look at über expensive watches, it is, in the words of Ariel himself, meant to capture the essence of what the most valuable timepieces in the world embody in our modern age. Hublot and Ariel recently hosted a launch party at Los Angeles and here is what went on at the event.