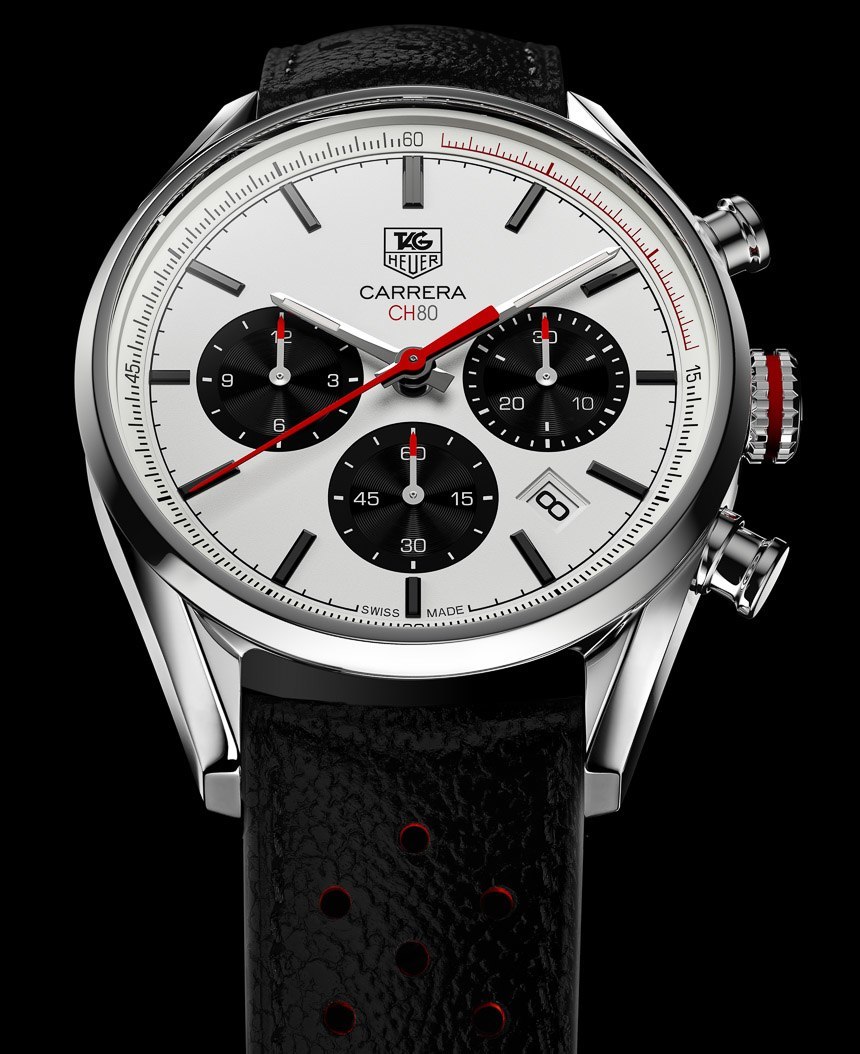 Learning that TAG Heuer will produce this new Carrera Calibre CH 80 watch for 2014 feels a bit vindicating. When you do what I do for as long as I’ve done so, it should be the case that you are able to correctly predict what timepiece a brand will produce, at least once in a while. So this modern version of the Carrera, which in a big way is an homage to the original from the early 1960s with their new in-house movement is just that– a timepiece I wanted them to make and predicted would come very soon. So here it is, and I think there is a lot to enjoy here.

Honestly, there is a long list of previous TAG Heuer Carrera collection timepieces that came before this one that allowed for this model to become possible. It wouldn’t be practical to list them all but let’s just say that it includes TAG Heuer’s advanced new in-house made automatic movement, and the black and white “panda” color tones are based on the original models which still look great today. While I don’t dislike the red, the colors are going to be controversial as they really separate this timepiece from the cleaner looking historic Carrera models. I have a feeling TAG Heuer will–at some point–produce a version of the TAG Heuer Calibre CH 80 without the red trim. 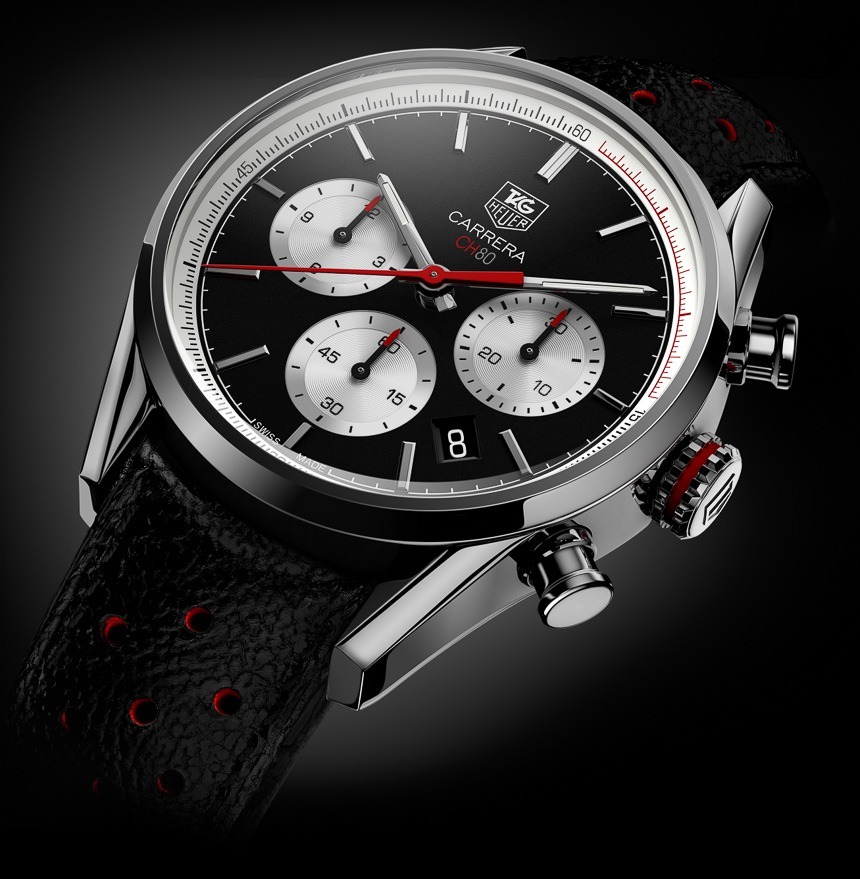 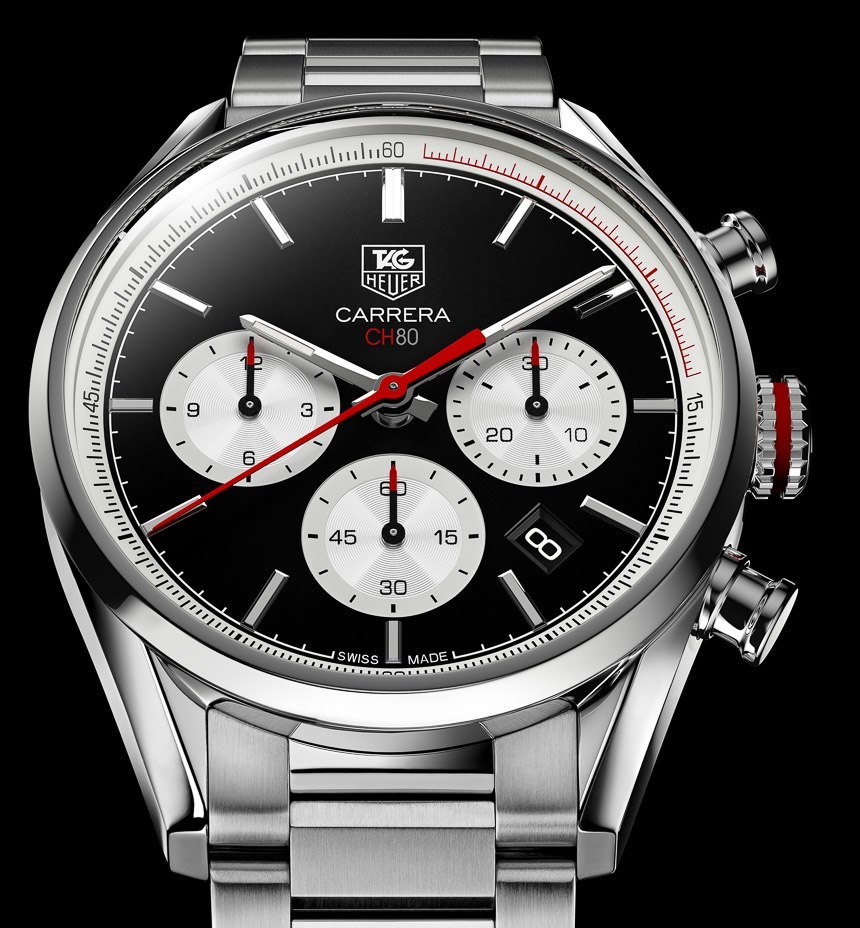 A few months ago I published an article called “Six Watches I Want Them To Make Again.” One of those watches was a modern version of the original TAG Heuer Carrera Chronograph with the Panda dial. I more or less got my wish less than a year later. Again, what really separates these 2014 models from the classics is all the red. The hue does make the watch look sporty, modern, and grounded in TAG Heuer’s contemporary DNA, but it does take away something from the simple good looks and strong high-contrast legibility of the original.

The dial otherwise is rather clean with some lovely detailing and depth. What I like the most is the LACK of tachymeter scale around the periphery of the dial. No one uses these scales and the dial looks better without it. Nevertheless, TAG Heuer was able to retain the “instrumental look” of the dial with the tightly packed fraction of a second markers. The case size is one that people will be familiar with, being 41mm wide, that is a great size for a case this style–here offered in steel. How do you feel about the red ring around the stem of the crown? 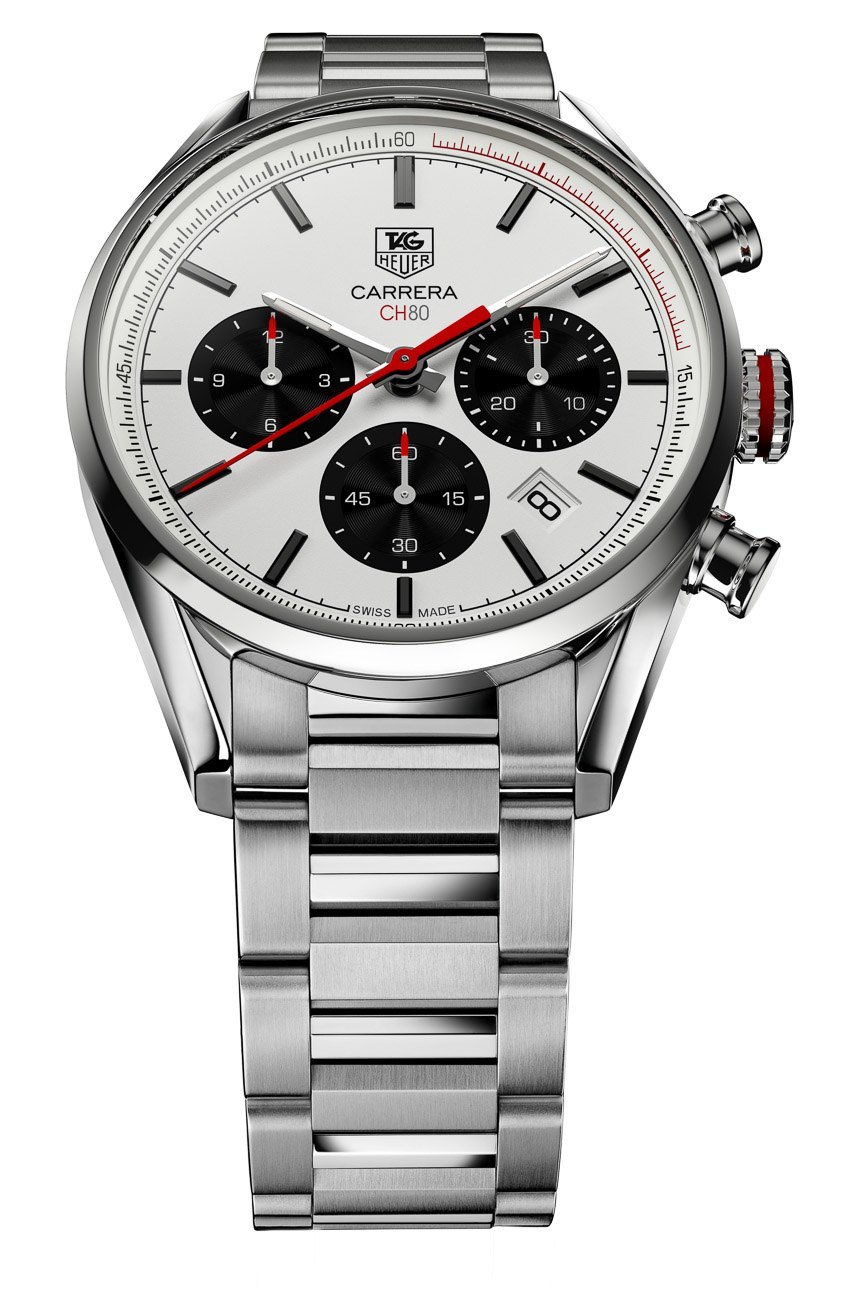 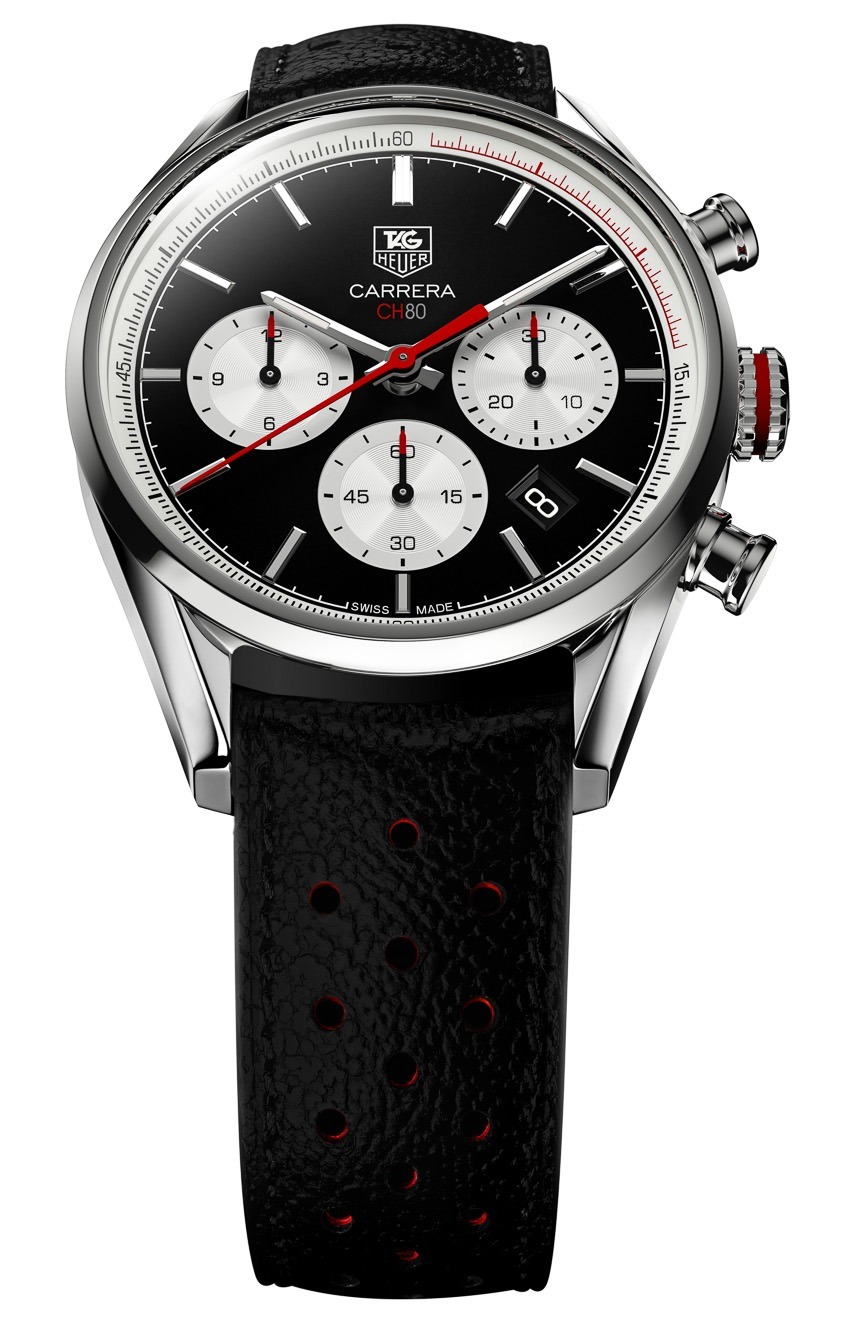 When I first saw this Carrera watch I immediately understood what it was but got confused by the “Calibre CH 80” part of the name. “CH 80?” What is that I asked myself. I’d never heard of that movement before. I then learned that the Calibre CH 80 is actually TAG Heuer’s new in-house made Calibre 1969. Without much notice they changed its name to CH 80. No idea why, but that is what is going on here. aBlogtoWatch visited TAG Heuer’s new manufacture location in Switzerland in 2013 to see them produce the Calibre CH 80 (1969) movement, which is set as a higher-end chronograph just above the also in-house made Calibre 1887.

The three register CH 80 Chronograph has 80 hours of power reserve and a nice tri-compax subdial layout, it also has the date. TAG Heuer will offer the Carrera Calibre CH 80 on a steel bracelet or perforated leather strap (with red lining). The red color might be a bit much, but we will find that out when we check out the watch hands-on soon. The models will be the references: CBA2110.BA0723: Black dial with steel bracelet, CBA2110.FC6347: Black dial with black alligator strap, CBA2111.BA0723: White dial with steel bracelet, and the CBA2111.FC6347: White dial with black alligator strap. tagheuer.com