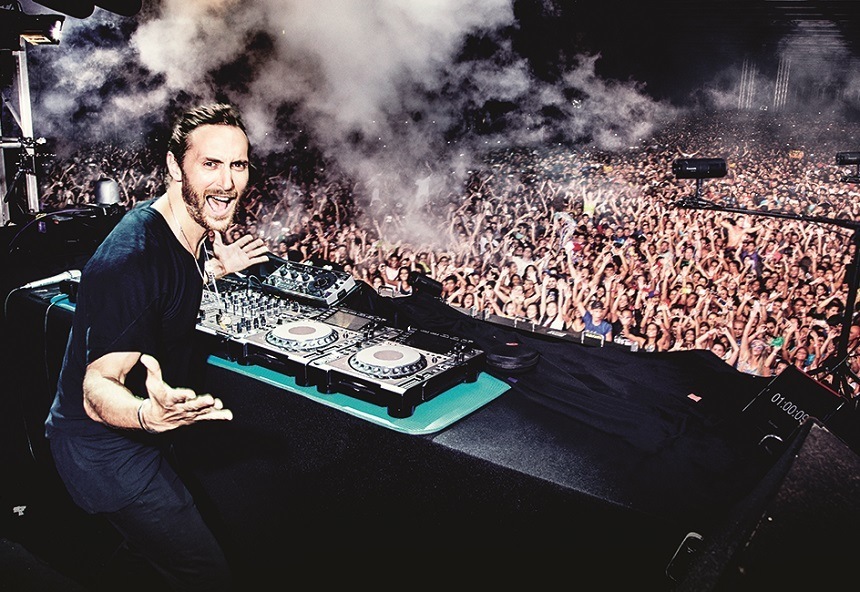 As far as ambassadorships go, the pairing of David Guetta and TAG Heuer seems a little off beat. But TAG Heuer are looking for spokespeople in pressurised environments, not just sport. It actually makes a lot of sense when you consider their “Don’t Crack Under Pressure” slogan is just as relevant to a superstar DJ (Guetta), a Hollywood icon (DiCaprio), or a catwalk model (Delevigne), as it is to a steely athlete like Kimi Raikonnen, or Lewis Hamilton. Their collaboration has resulted in the release of the TAG Heuer Formula 1 David Guetta Special Edition. To market the release and to give us regular folk a peek inside his daily routine, David Guetta has made a short film for us to enjoy. In case you’re prone to violent bouts of jealousy, I should warn you: There are a lot of helicopters and adoring fans.

So it’s just about plausible that Guetta’s lifestyle is sufficiently pressurised to justify his role as an ambassador for the brand. And it’s hardly possible to accuse TAG Heuer of anything other than smart product placement. Guetta is known the world over, and has fans that flock to his gigs and idolise his style and swagger. Strapping a watch on one of those record-spinning wrists surely guarantees excellent exposure – especially so to that younger generation of consumers who most Swiss brands have so far failed to win over and are now trying to connect with. But is it just a name or has this watch actually been inspired by Guetta himself? 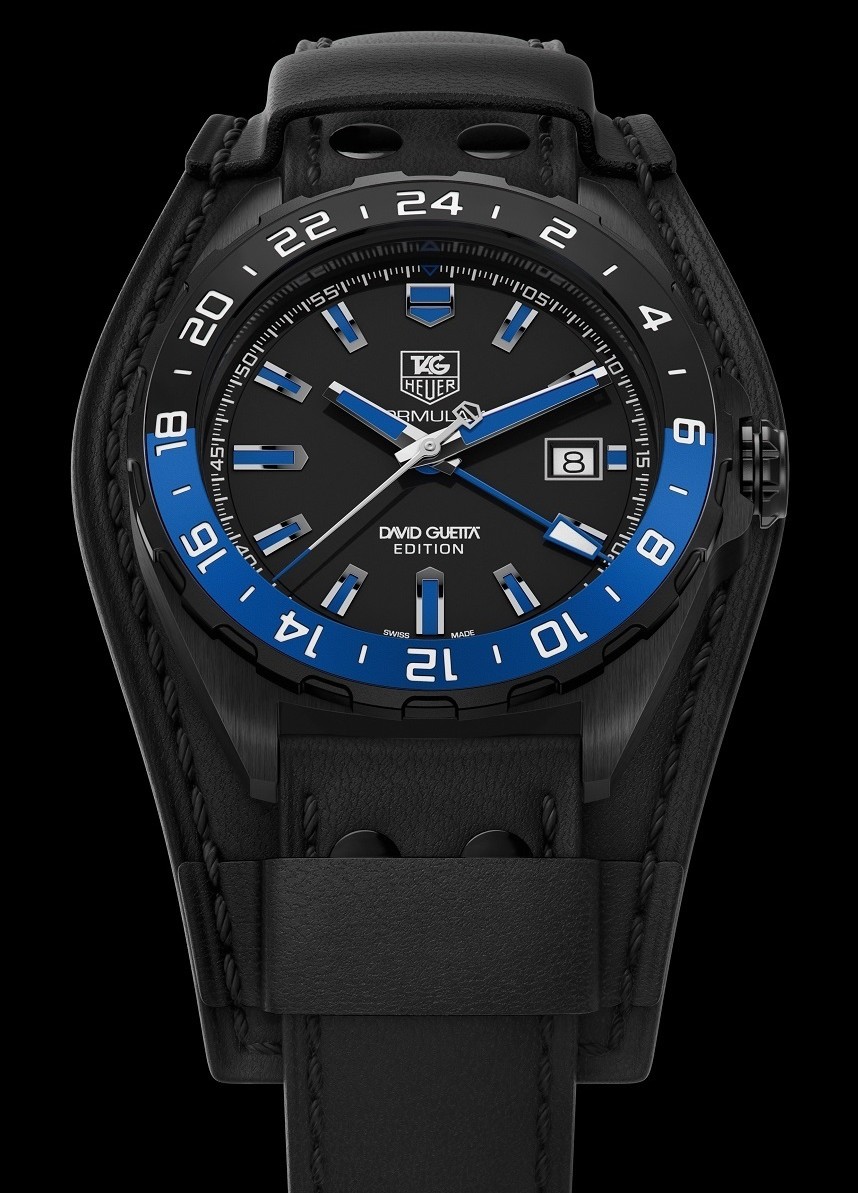 I suppose if I were an international music star, known for my globe-trotting, the first thing I’d ask for on a watch bearing my name would be a GMT function. It makes perfect sense for the TAG Heuer Formula 1 David Guetta Special Edition to feature this complication. The black and blue bezel (strongly reminiscent of the Rolex GMT Master II BLNR and effectively identical to TAG Heuer’s previous release, which you can read about here), The black hours (6pm-6am) represent the night, and the blue (6am-6pm) represent daylight. 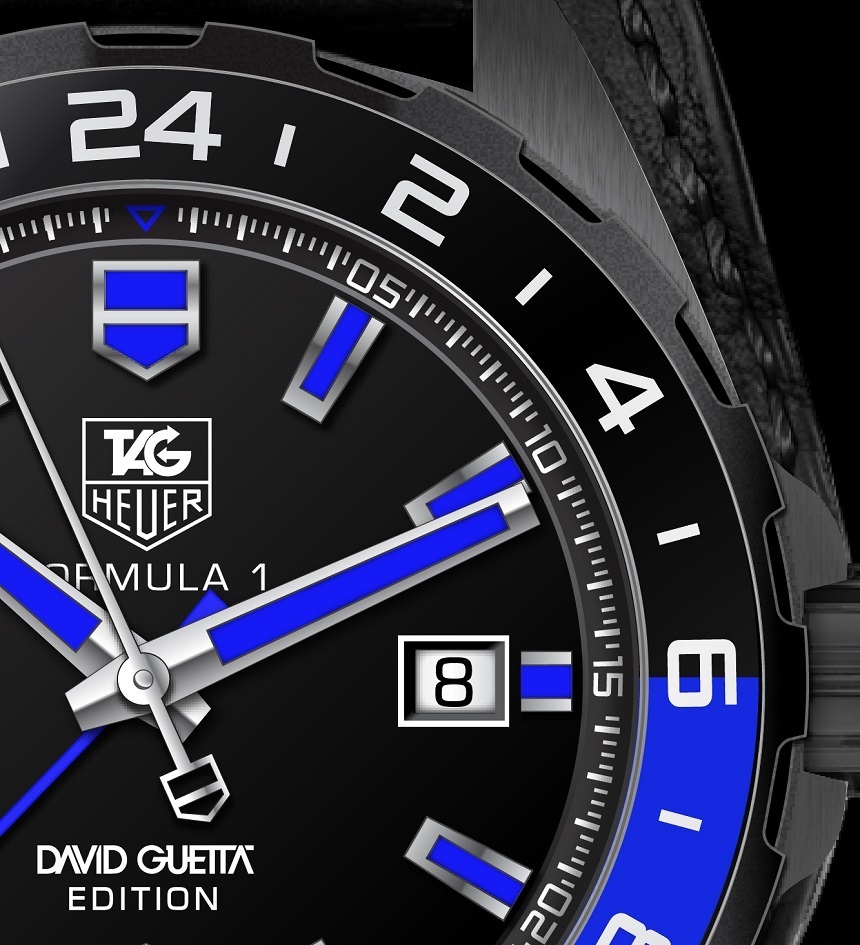 Let’s not ignore that interesting “wristband” strap. It’s inspired by club-goers’ attire, but does it have a practical purpose too? Disc Jockeying is hard, hot work, and the last thing any self-respecting chart-topper wants is a bracelet sliding around on his or her wrist. This leather band makes constant contact with the skin, improving the stability of the watch on the wrist, and taking advantage of calfskin’s flexibility and absorbent properties.  The strap is fastened by an ardillon buckle, treated with titanium carbide, and engraved with the TAG Heuer logo. 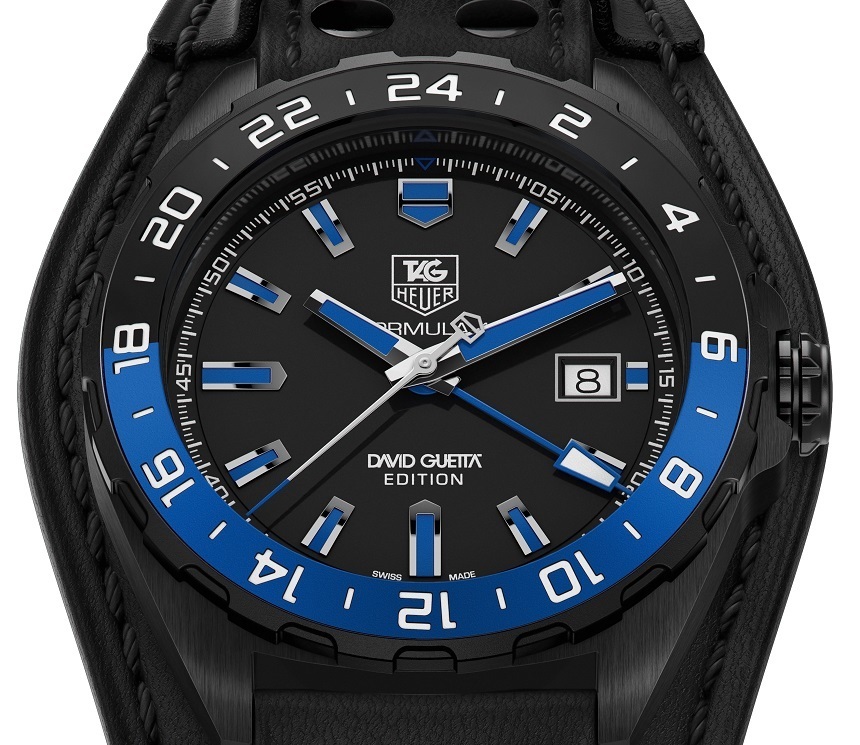 More important still is comfort. Straps of this nature, with a wide leather back, spread the weight around the wrist well. If this watch was made of titanium it would feel practically weightless on the wrist. It is, however, made of titanium carbide-treated 316L stainless steel. The black and blue GMT bezel is made of aluminium. The dial is opaline black with a date window at 3 o’clock – another essential feature for those with hectic schedules. I am kind of surprised that David Guetta didn’t request a day function as well. What with all those late night gigs and hedonistic parties, you’d think he’d have more need of a day/date than most people. 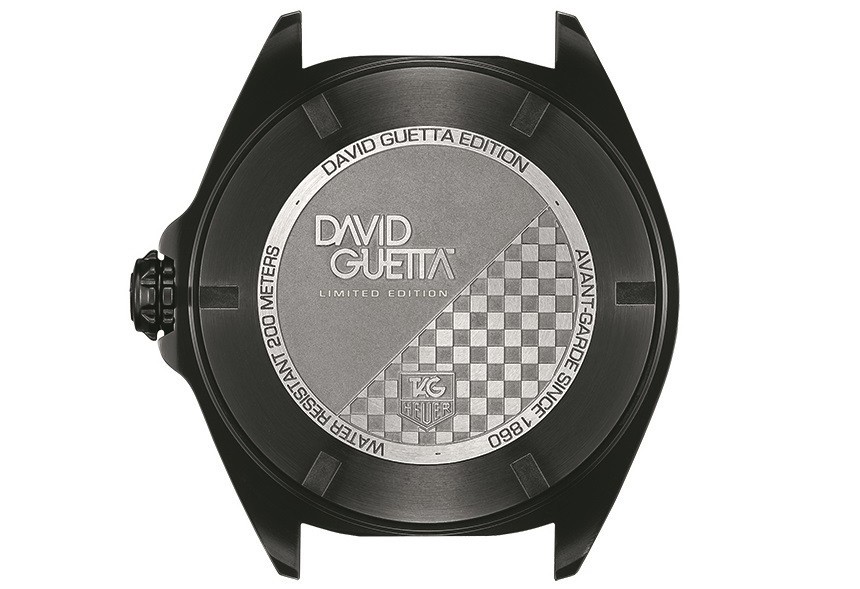 Just in case David Guetta wants to have a pool party, he can feel confident taking his watch along too. Thanks to the screw down back, engraved with the chequerboard so oft associated with TAG Heuer, and the screw down crown, the TAG Heuer Formula 1 David Guetta Special Edition is water resistant to 200m. A sapphire crystal provides a clear and scratch resistant aperture through which the hand polished indices can be fully appreciated. The royal blue Superluminova is really something else. It distinguishes the normal time hands from the GMT hand, which is blue with white Superluminova. 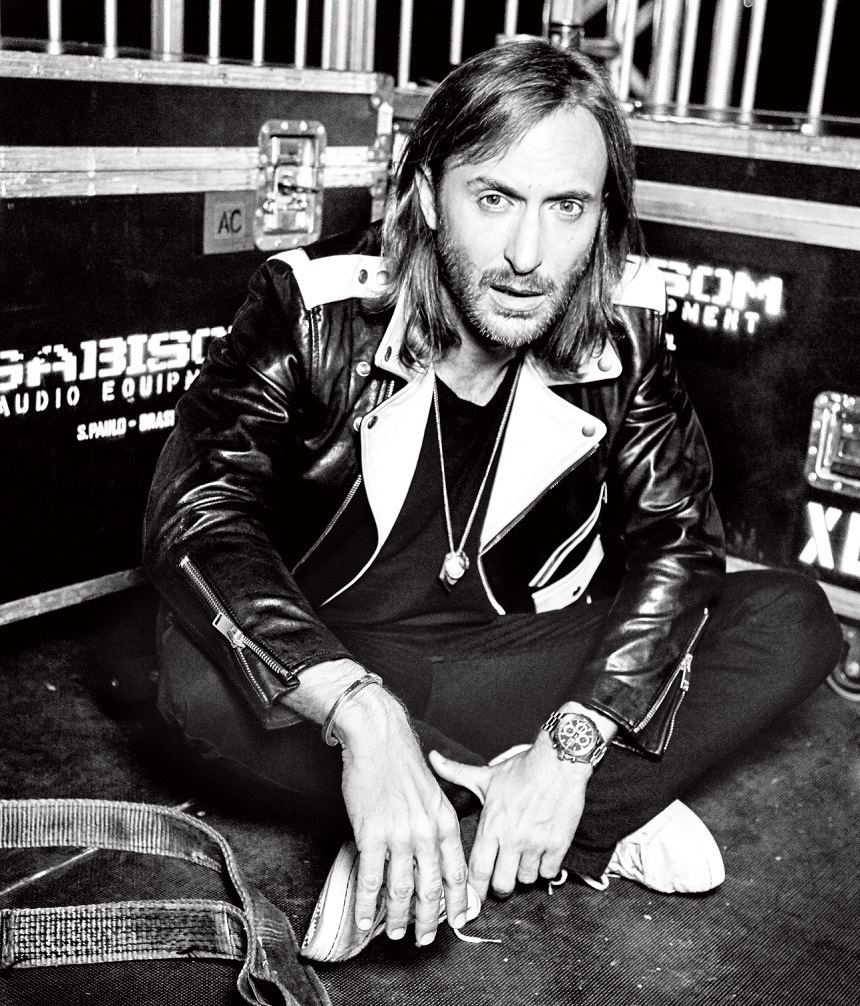 To add a bit of credibility to proceedings, the TAG Heuer Formula 1 David Guetta Special Edition is powered by the automatic calibre 7. It has a balance frequency of 28,800 vibrations per hour, and a power reserve of 42+ hours. It’s a rhodium plated movement, decorated with Geneva Stripes, and engraved with “TAG Heuer Calibre 7 Swiss Made” in gold. All in all, it’s actually a really nice watch. At first, I found David Guetta a strange pairing for TAG Heuer, but now I think I get it. It will be interesting to see if the brand continue to find their ambassadors in less well-trodden fields (it could make for some interesting pieces with potential collector value). The Tag Heuer Formula 1 David Guetta Special Edition has a price of $2,450 excluding VAT, or £1,850 if you’re shopping in the UK. tagheuer.com