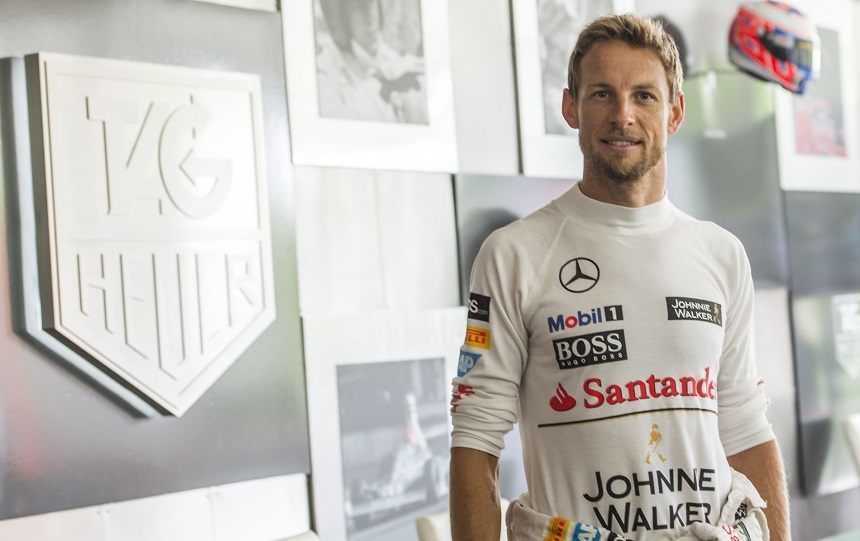 For anyone who followed the fate of leading watch brands since the new millennium, it will be clear why established brands – in one way or another – must stay true to their roots. Not only does this allow the brand to create a streamlined and wholly congruous collection over time, it also makes our job as watch fans a whole lot easier. It means we can see the evolution of a brand without having to wander down dead-ended paths, or sift through catalogues of failed experiments. Keep it simple; keep it clean. TAG Heuer know what they’re good at, and they’re at it again, as they return to Goodwood Festival of Speed and dedicate five watches to the event. 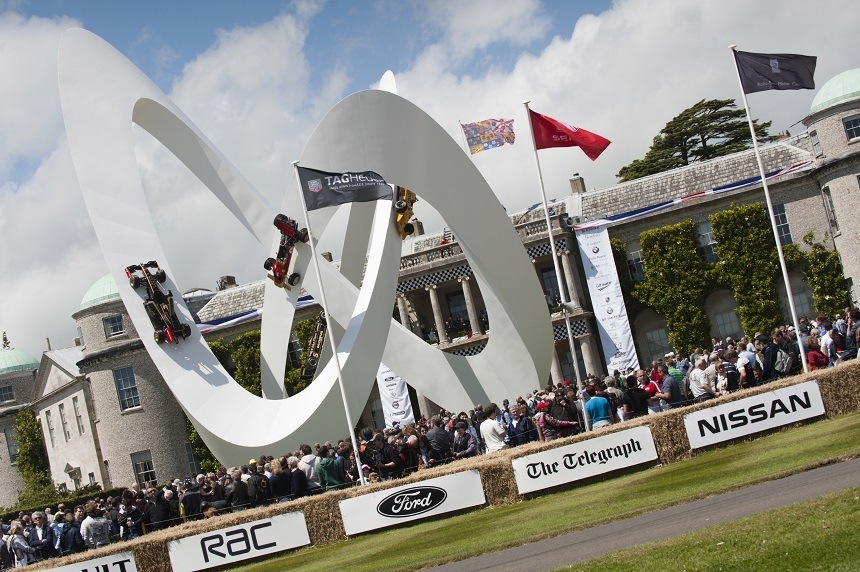 Running from Thursday June 25th through Sunday June 28th, the annual Goodwood Festival of Speed will see the debut of five new, quintessentially TAG Heuer watches. The significance of the number of new releases no doubt has something to do with this being the fifth year that TAG Heuer has served as the official partner of Goodwood Festival of Speed. To cover this exciting release, we will be traveling to Southern England to visit TAG Heuer’s stand at the event where we will be checking out the watches and return with hands-on coverage. For now, in case you are nearby this weekend and consider attending the event, we’ll wrap up some of the key details not just of the watches, but of the Goodwood Festival itself as well.

TAG Heuer’s long and esteemed association with motoring puts the pedal to the metal with these new additions. This week, we’ll be seeing the release of two new Carrera Calibre 16 Senna pieces, two new Senna editions based on the perennially popular Formula 1 model, and the McLaren Limited Edition. 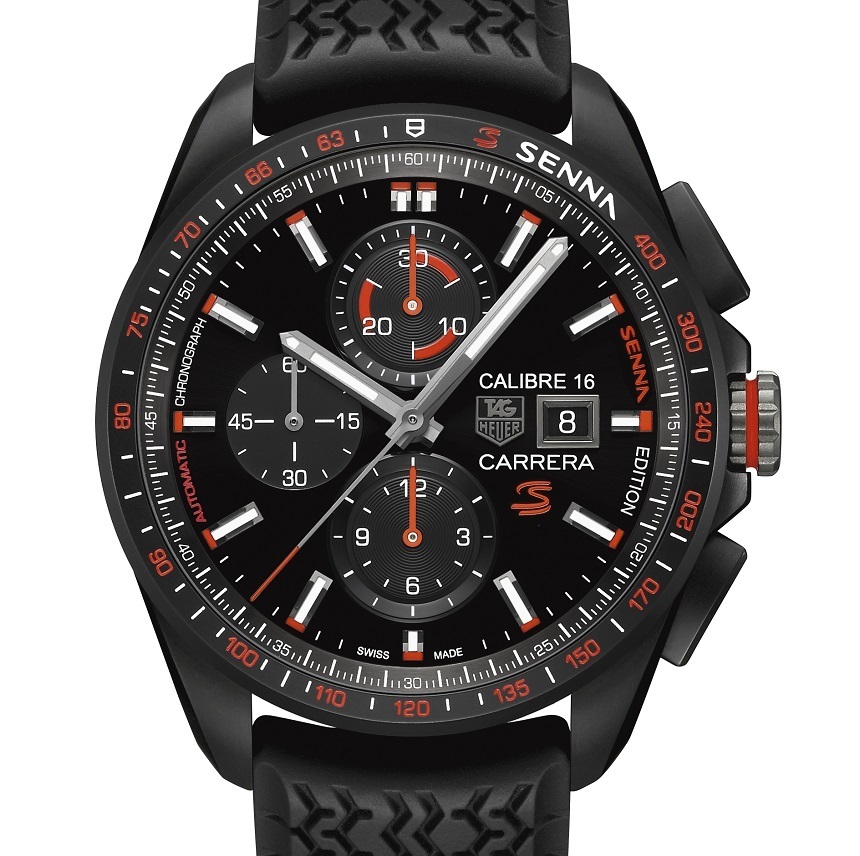 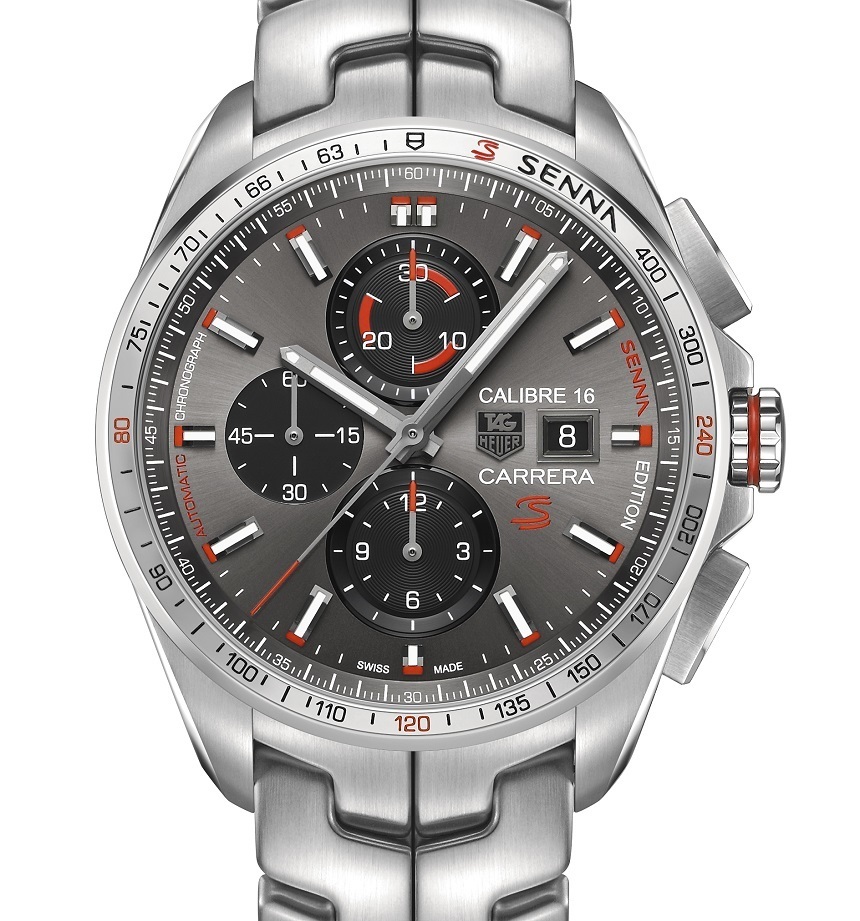 There will be two new TAG Heuer Carrera Calibre 16 Chronograph Senna Edition watches available (pictured above). The design comes in either DLC coated titanium or stainless steel. Both are 44mm wide and feature stylistic elements consistent with the range. Senna’s signature “S” logo adorns the dial at 3 o’clock. The DLC variant comes on a rubber “tread” strap, while the stainless steel version features the “legend” bracelet. The steel TAG Heuer Carrera is priced at £3,150; the DLC coated titanium watch will be £3,500.

Goodwood Festival of Speed has been running since 1993. It is an annual Hill Climb event, scheduled to avoid clashing with the F1 calendar. This gives fans and drivers alike, the chance to visit and enjoy the show which often features the latest F1 technology – along with a large number of historically important street and race cars – on display. Crowds regularly reach over 100,000 on each of the three days over which the event is held. 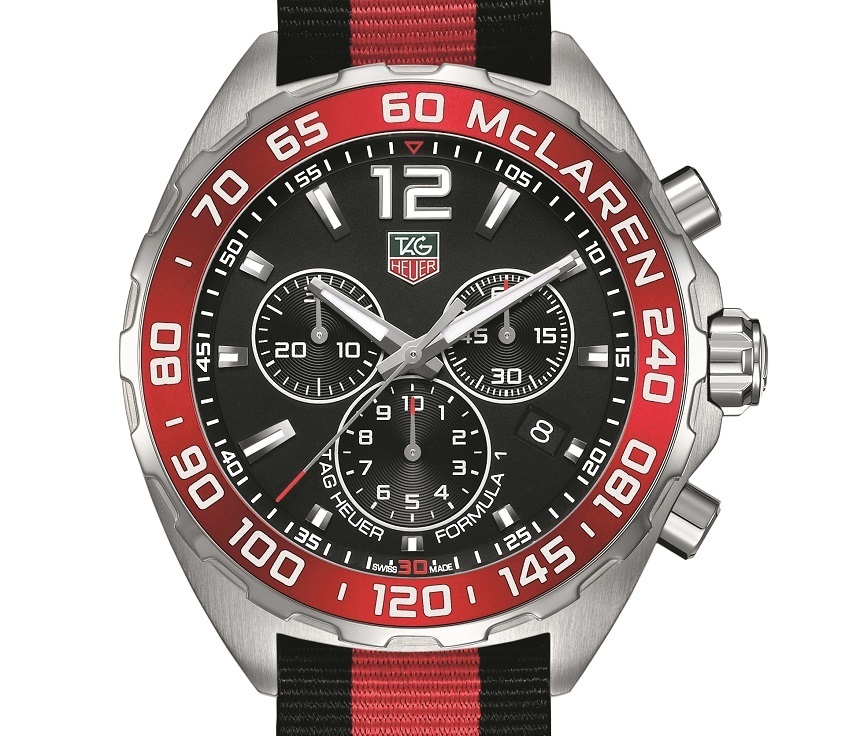 The TAG Heuer Formula 1 42 MM – McLaren Special Edition marks 30 years since the brand first became associated with the McLaren. Crafted from stainless steel and presented on a “rocket red” and black NATO, the McLaren is a sporty and functional timepiece. Featuring a quartz movement, this watch obviously boasts exceptional accuracy and, because of its engine, comes in at a very reasonable £1,200. It’s a really affordable way to buy into a classic brand and a lovely memento of an enduring cross-industry relationship.

With a record attendance of 158,000 in 2003, organisers decided to cap the admissions at 150,000 – still a huge amount of spectators to be present in one location. The show promises to be a treat for all petrol heads, with exceptional examples of two and four wheeled speed machines on show, Goodwood Festival of Speed looks to maintain its reputation as the place to be for all things automotive. 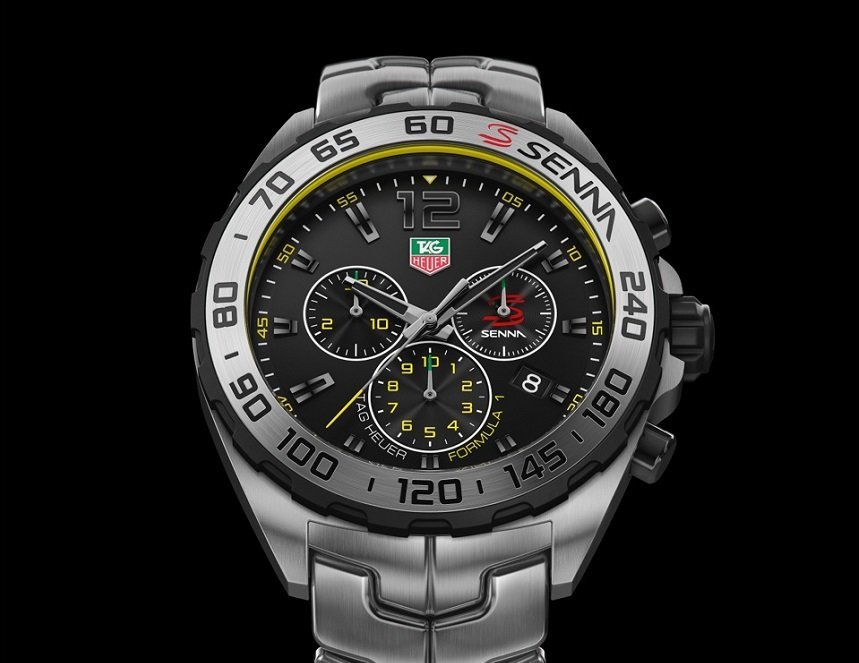 The TAG Heuer Formula 1 Senna Special Edition is available in two colourways, one of which is pictured above. At 43mm, this watch is halfway between the other range additions. Both Senna Special Edition watches feature quartz chronograph movements and will be priced at £1,350. Both feature the legend bracelet. There will be a black/yellow colour palette or a grey/red on show. Senna’s named adorns the rotating bezel between 12 and 2 o’clock. A tactile reminder of one of the very best ever to grace the tarmac.

TAG Heuer will be giving visitors to their stand the chance to test their potential as a race driver, by having a go on a range of simulators, including two Gran Turismo simulators featuring the famous Goodwood Hill climb, in addition to a Driver’s Club exclusive. The Driver’s Club GT simulator allows participants to pit their skills against the times set by professional drivers. The top three competitors from both the stand simulators and the Driver’s Club simulator will walk away with a bunch of Tag Heuer accessories, which are sure to help you convince people you are one of the lesser known “grid-kids” often seen in the gravel of any decent F1 circuit. 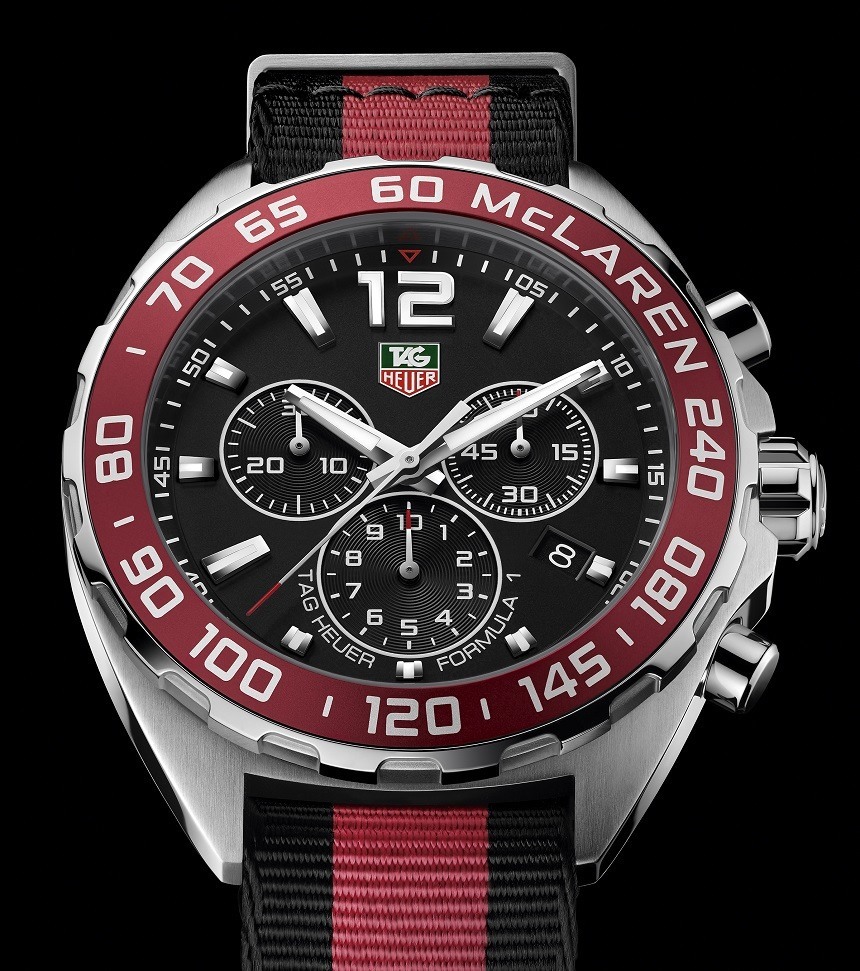 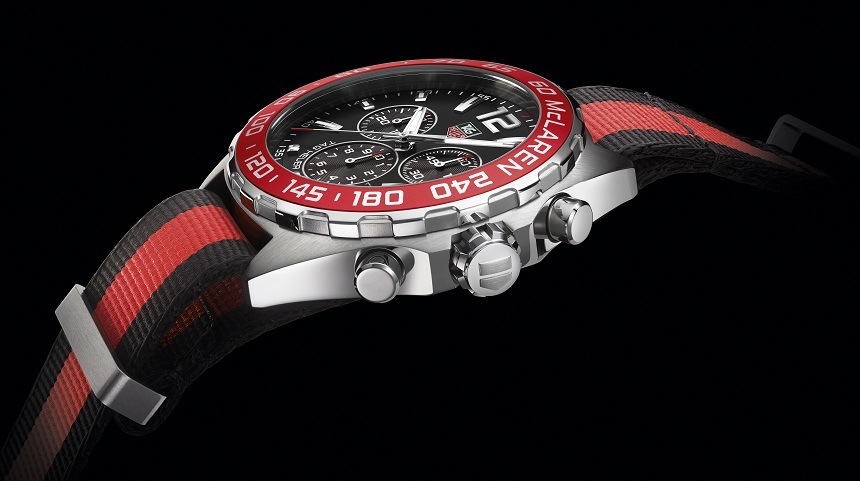 The watches will be scrutinized on the day and reviewed on aBlogtoWatch next week, but in the run-up to the event, TAG Heuer have released some teasing information and a few images to whet the appetite. As well as the four models celebrating the continued ambassadorship of the late Ayrton Senna, there will be a limited edition McLaren timepiece released to commemorate TAG Heuer’s 30-year long collaboration with the car manufacture. There will be 5,000 pieces of the McLaren watch available, and each one will be individually numbered and feature a special McLaren bezel and black and red NATO strap. 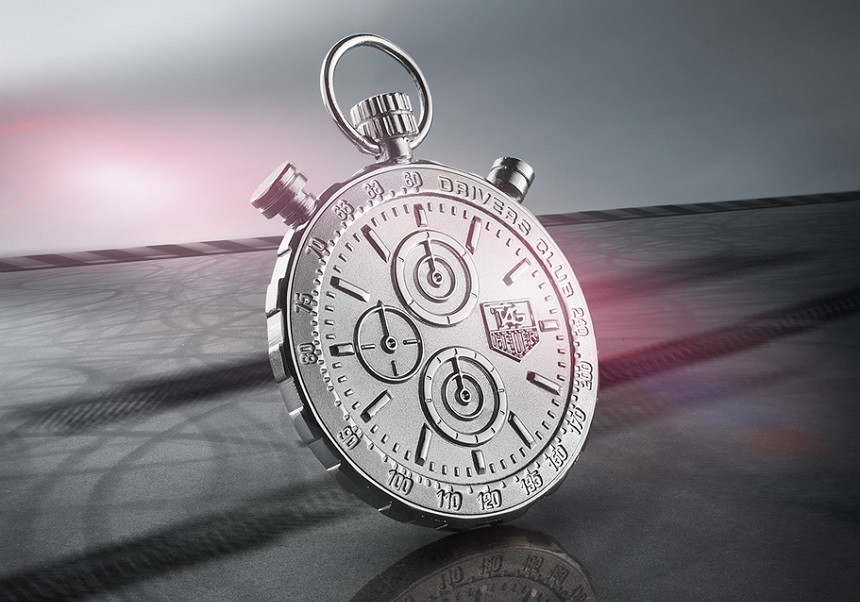 The new watches are available for pre-order from a microsite that you can find here. More details will follow soon, but if you have the chance to make it to Goodwood Festival of Speed, it figures to be worth your time. If you can get your hands on one of the limited edition badges (pictured above) designed by Christoph Behling, then all the better. One of those beauties, of which only 1,550 exist, will get you into the Driver’s Club and afford you the chance to go against the very best drivers in the world. tagheuer.co.uk