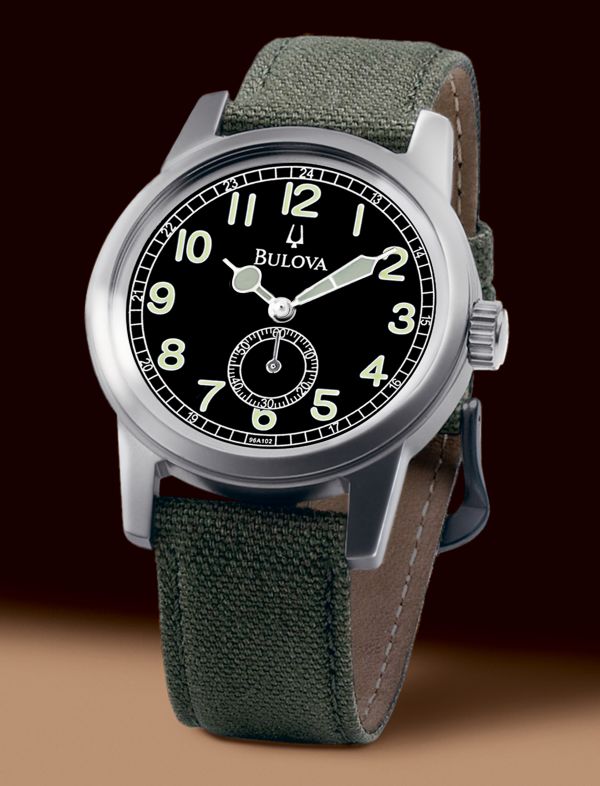 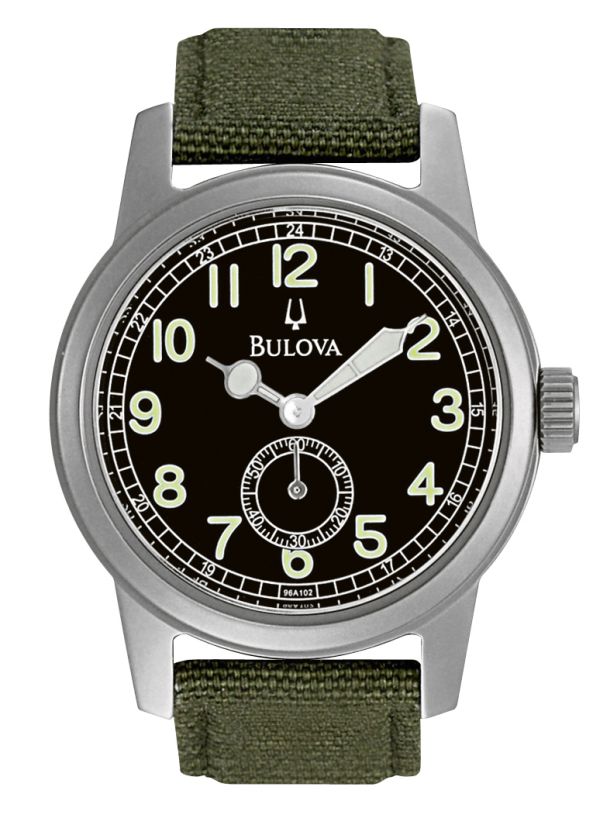 While watches don’t seem to generally be affected by seasonal trends, I do, for whatever reason, associate summertime with military-style watches. I guess it’s just the color schemes you often see, as well as a sort of rugged utilitarianism that lends itself to traipsing about in the outdoors.

While you have all of the usual suspects for affordables in this category, there’s a new one that came across our radar that we thought was worthwhile bringing to your attention. That model is the Bulova Hack, by Bulova. At first glance, it’s easy to see that this fits into the military theme for a watch – and it’s just not some styling exercise. This actually has ties into their archive – a much earlier iteration of the Hack was issued to the U.S. Army during World War II. So, not quite a trench watch, but definitely in that lineage.

Why even mention trench watches? For me, those have a particular look to their dials and handsets – and the Hack definitely follows in that tradition. The font used here for the numerals is a softer, rounder style, and the handset definitely feels like something from an earlier era, with the combination of ball (hour) and sword (minute). To cement in the military ties, you have a 24-hour timescale printed in the outer chapter ring, and the sub-seconds dial has the seconds clearly marked out. These markings are a nod to the fact that the Hack was one of the first watches that allowed for synchronizing watches down to the second.

Of course, being a Bulova, the Bulova Hack not all just style. I would expect some impeccable construction in the 40mm stainless steel case (only 10.5 mm thick), protecting the Miyota quartz movement with a water resistance rating of 30m (so, not quite military-grade in that regard). The case is topped with an acrylic crystal (part vintage nod, part cost-cutting I’m guessing), and comes mounted on a green canvas strap (which appears to have a leather backing) tucked into the 20mm lugs. Coming in at a price of $150, this is an affordable military-style watch that has some actual roots in the Army. 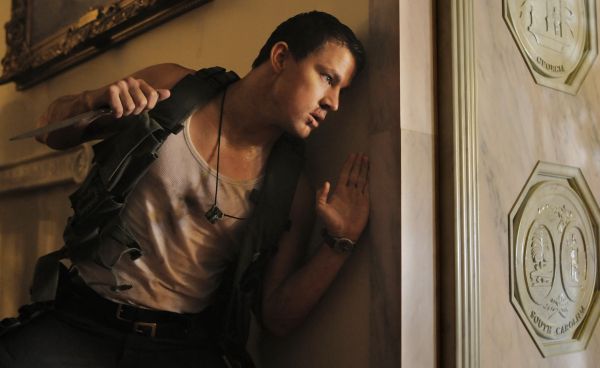 Oh, and if you’re interested in this sort of thing, you may notice this watch showing up on the big screen this summer – it’s what Channing Tatum’s character is wearing in White House Down (and the image above). Price for the Bulova Hack watch is $150.  bulova.com