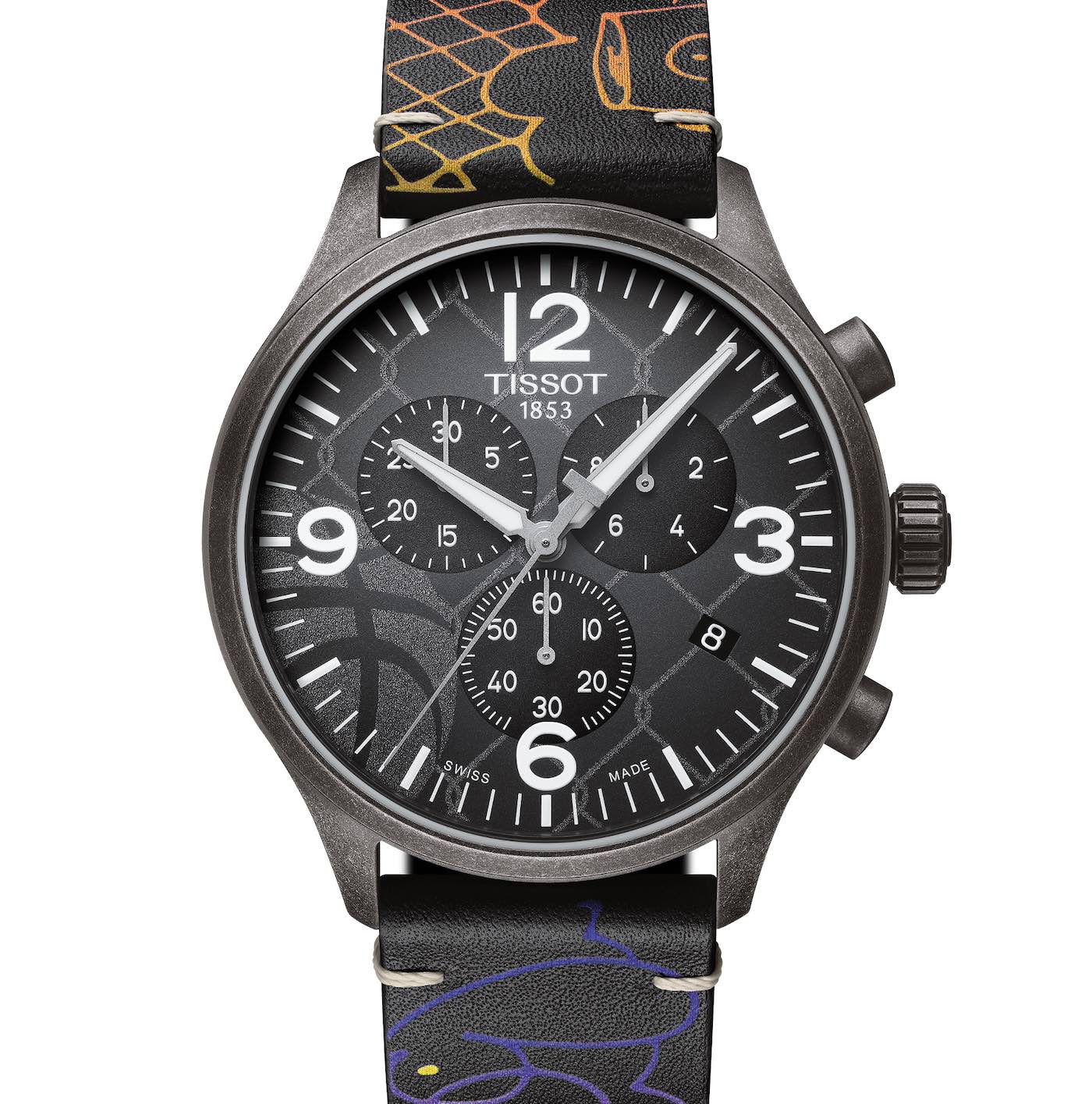 It probably won’t come as a surprise to learn that the latest sport to inspire a watch design is “street basketball.” Let’s face it, it had to happen sooner or later. The only vaguely surprising thing about this concept is that Tissot got to it before Patek Philippe had the chance to have its say. Jesting aside, the ever-present Swatch Group brand has released the Tissot Chrono XL 3×3 Street Basketball Special Collection, to appeal, one assumes, to a younger demographic that perhaps had little previous interest in watchmaking. 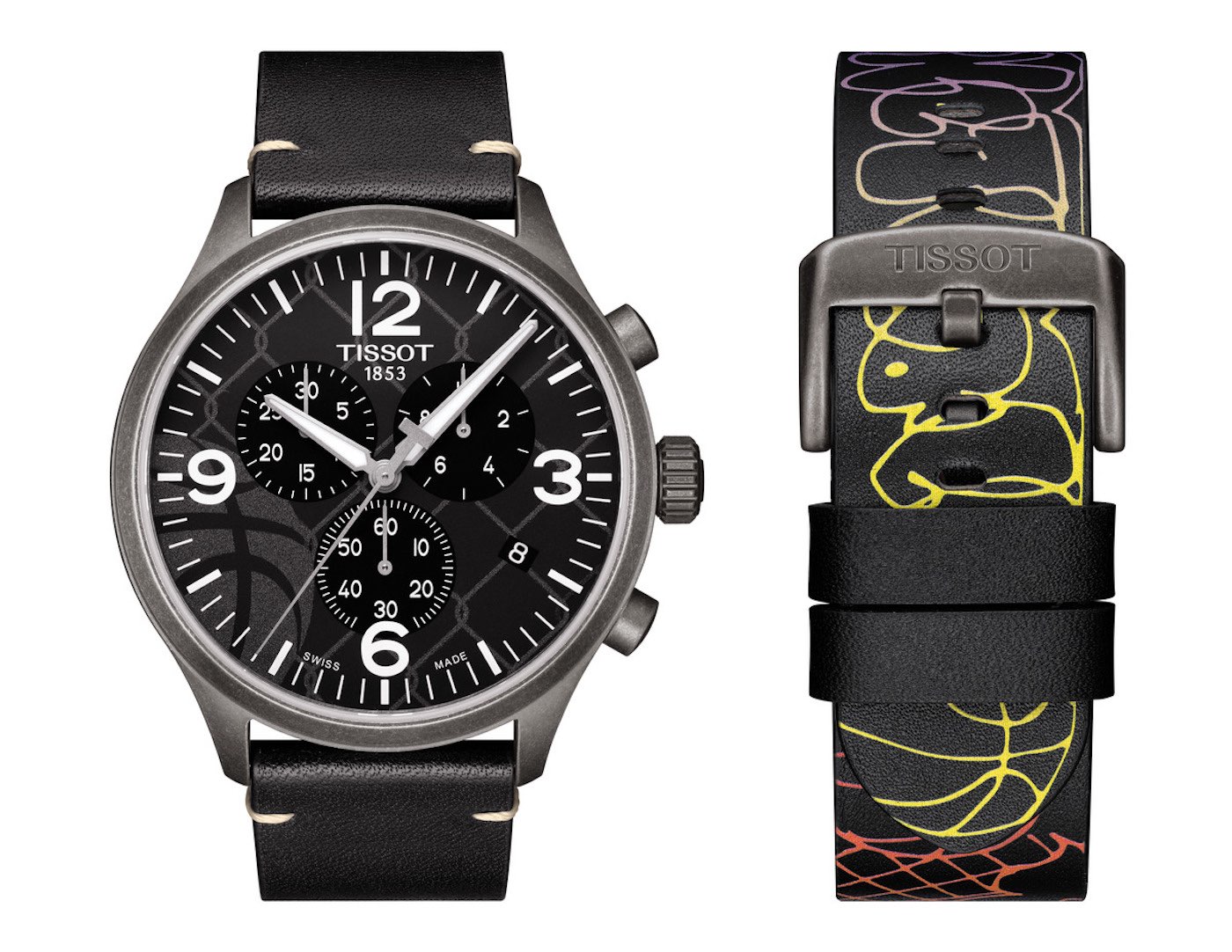 I say that because this is, realistically, nothing more than a fashion watch. It is in stark contrast to our most recent Tissot Hands-On, in which we reviewed the very impressive and historically deferential Tissot Heritage 1973 Limited-Edition Watch Hands-On. While I understand that Tissot is a brand required by its parent company to wear a lot of hats, it spoils the whole affair for me. 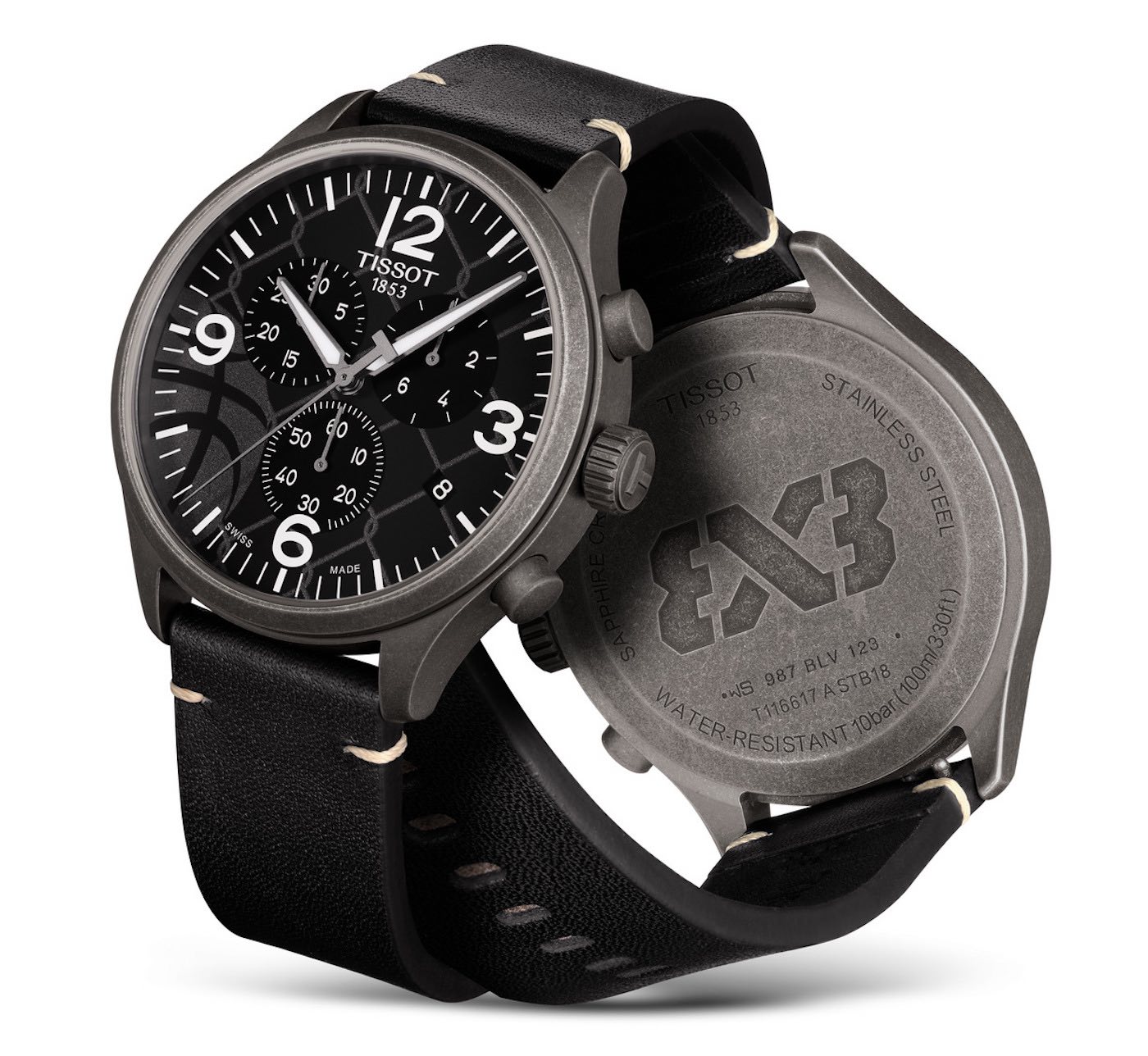 A strong legacy and a collection peppered with brilliant watches can be entirely let down by this kind of flippant whimsy. Yes, it plays a role in getting a new audience to buy an established named brand, which could theoretically act as a gateway to fine watchmaking en masse (and I’m sure many of us had equally juvenile watches on our wrists when we were kids), but as an adult (and a fan of basketball, I might add), this does nothing for me. 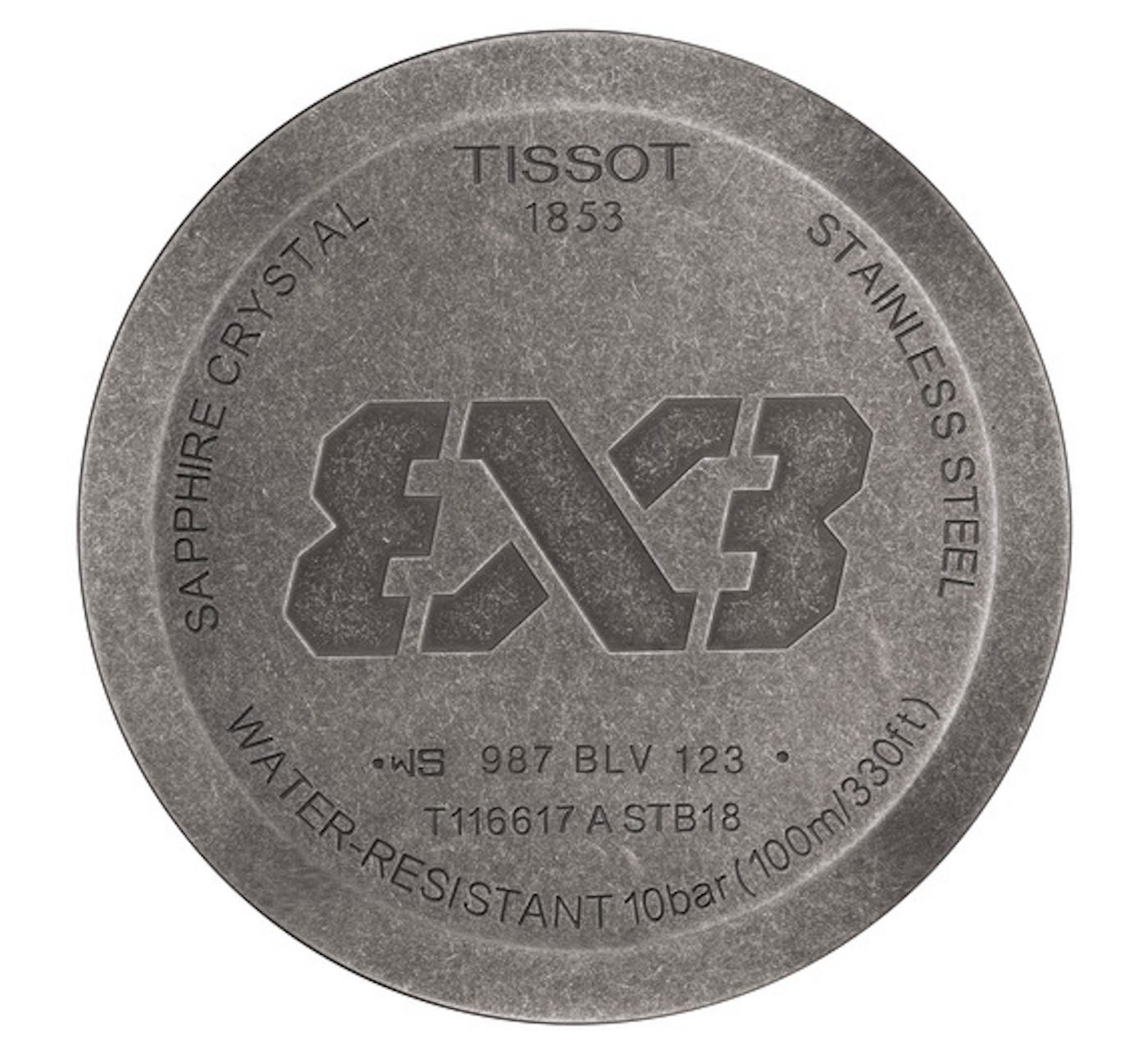 Where it does excel is by being technically better than its peers. It is, regardless of its aesthetic, a Tissot. It is well-made and the beneficiary of Swatch Group’s mass production (its components are cheaper than many competitors due to the volume in which they are created). The case, I must say, is pretty cool with its antique PVD finish.

The watch comes with two straps, so, if the graffiti-decorated one is not to your liking, then you can switch it up for an elegant black leather alternative. This would be ideal if you are planning on wearing this to an NBA awards dinner, for example. 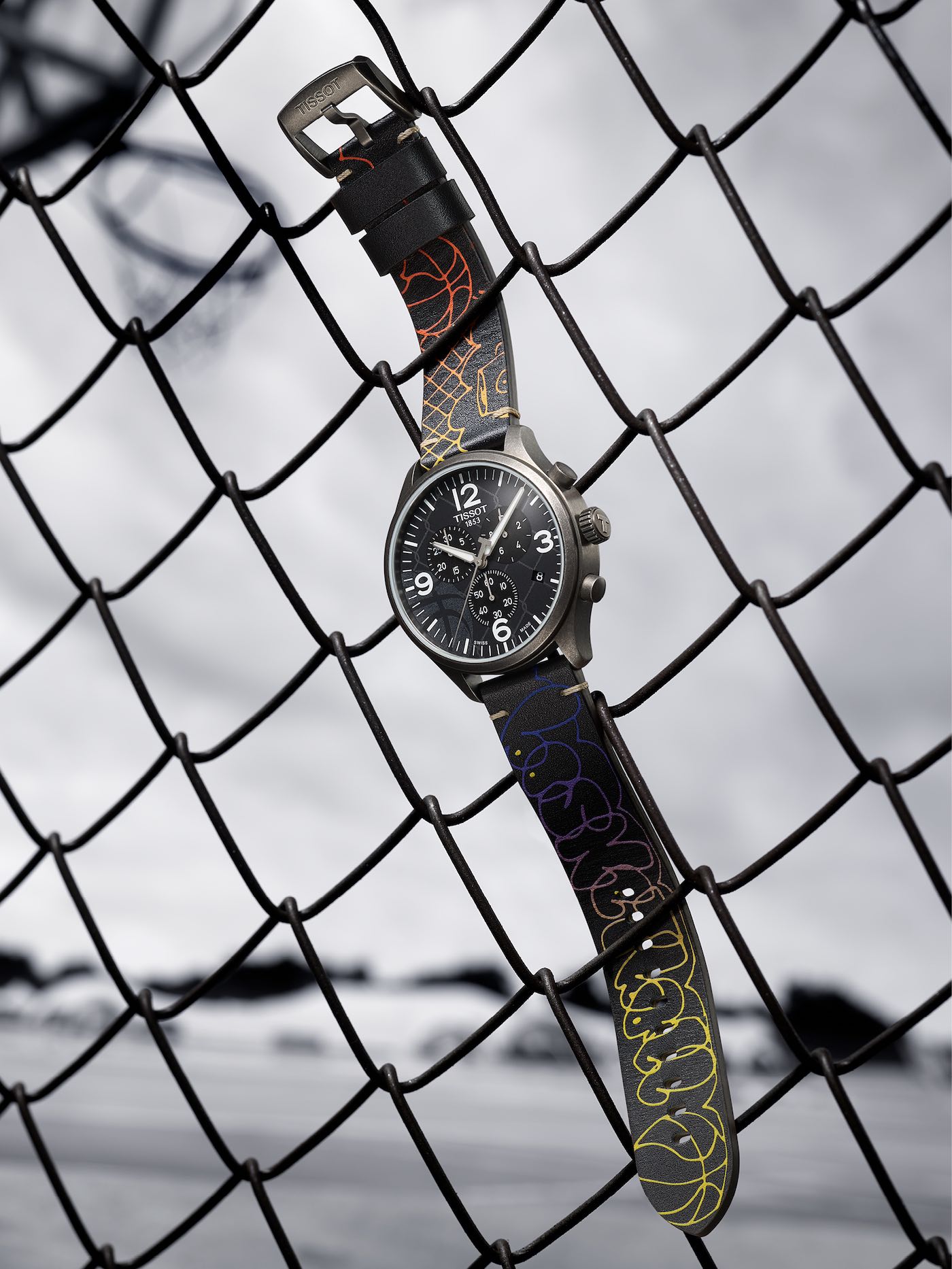 Tissot created this watch, which is based on the Chrono XL (introduced in 2017), to celebrate the growing profile of 3×3 basketball. The fast-paced, high-intensity contest takes place on concrete courts enclosed by the steel mesh fence seen in the background of the dial. The sport has grown so much that FIBA now organizes World Cup and World Tour, and, believe it or not, 3-on-3 basketball has been added to the Olympic schedule for Tokyo 2020. It will be interesting to see how many of the athletes heading to Japan for a chance to win gold will strap on this 45mm quartz-powered chronograph to ensure they make it to the tip-off on time. To learn more about this watch and Tissot’s relationship with the world of basketball, head over to tissot.com.