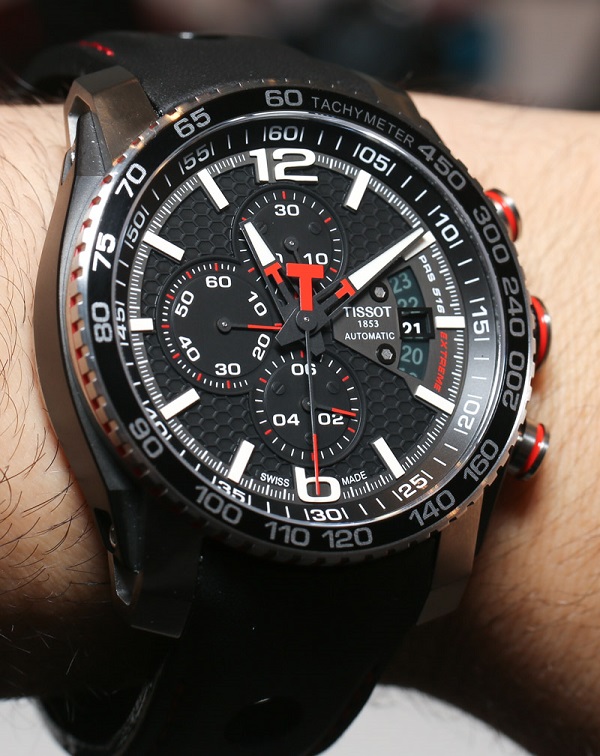 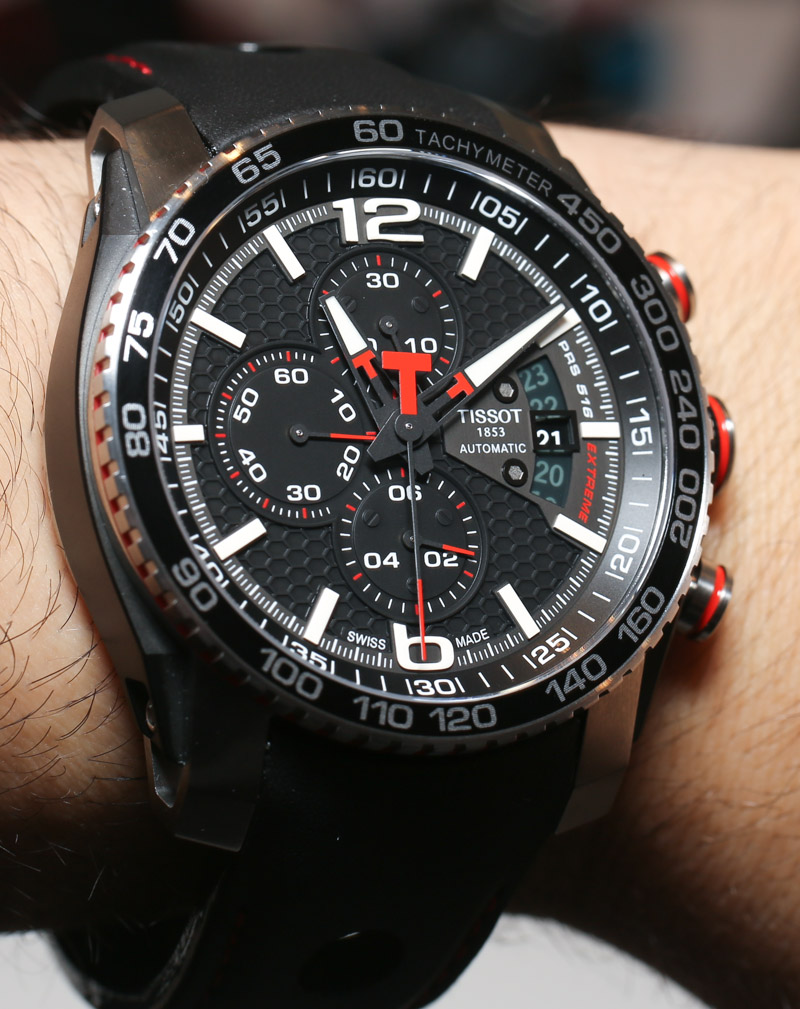 For 2013, Tissot has taken one of our favorite families in their collection and updated it with an “Extreme” model. We were pretty sure that after the “extreme” label was overused on everything from deodorant to caffeine drinks several years ago, its use would have been reserved to actual extreme situations. To be honest, ask us what an “extreme” watch is and we’d have to think it over for a while… maybe a watch that yells and then explodes? That would be pretty extreme. Despite the generic label which tends to merely mean “new,” this modern update on the PRS 516 is looking to be a nice watch. Let’s take check it out.

Now, think “PRS 516” and most watch lovers are going to imagine Tissot’s muscle car era revival watch with its slick retro lines and beautiful minimalized 1960s/1970s style. We especially like the three hand automatic models, while the quartz and automatic chronographs aren’t too bad either. The new PRS 516 Extreme Automatic has a design that is very different from existing PRS 516 collection models, but if you take a close look you can see the resemblance. 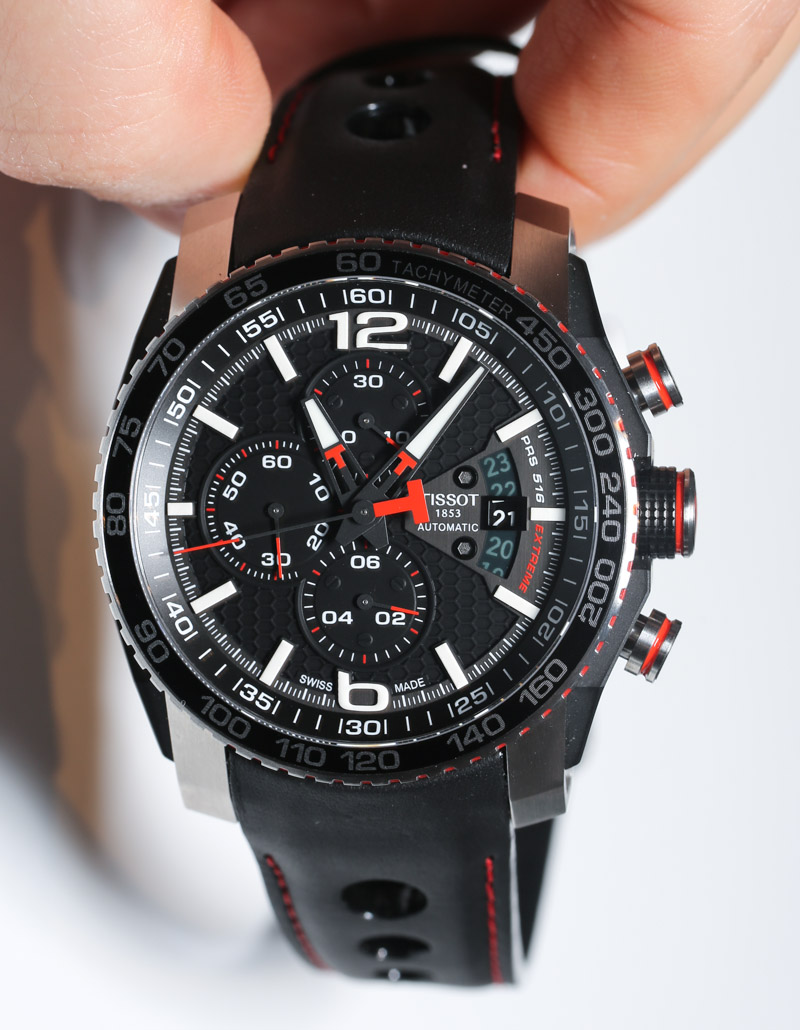 It is important to be mindful of how the PRS 516 Extreme Automatic fits into the overall PRS 516 family. It isn’t the most expensive model, but it is about $100 shy of it. The most expensive model arguably has a better movement, but not nearly the level of case and dial detailing. Like we pointed out, the PRS 516 is for the most part a retro-looking timepiece collection, while the Extreme is a sort of modern re-imagining of it. The case of the Extreme is 44mm wide and it is thick at 15.73mm. Lug for the odd-sized 23mm wide strap offer a happily imposing stance on the wrist.

The coolest part of the PRS 516 is its attractive modern design that doesn’t leave functionality or utility as a second class citizen. The steel case is made from both brushed and PVD black-coated pieces. Mixed with red (or yellow), the case has a slick modern architecture and bold appearance that looks like something more expensive than it is. Tissot has clearly taken inspiration from many of the high-end modern looking sport watches out there, as well as from its other pieces such as the cases on the T-Touch collection. Some of the best uses of color and detail are on the crown and pushers. 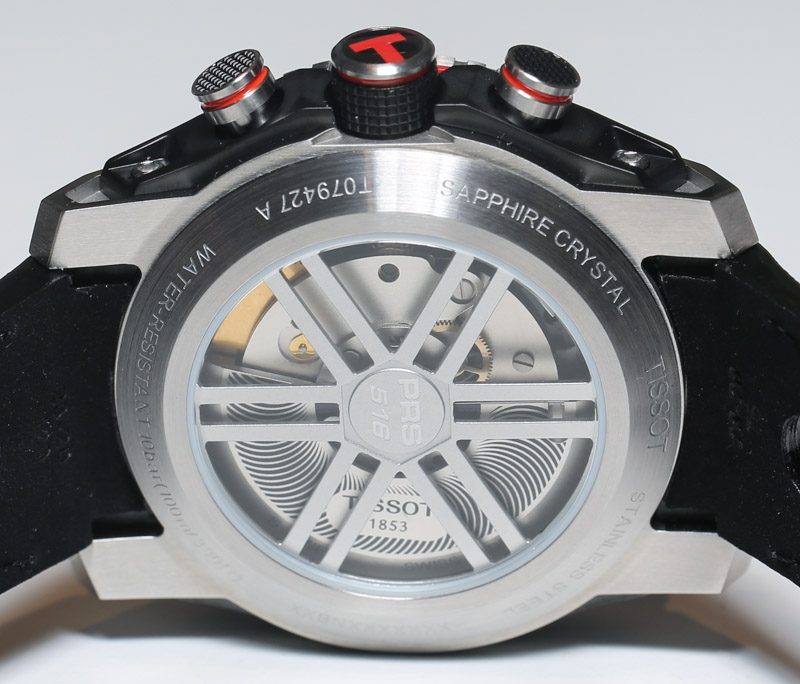