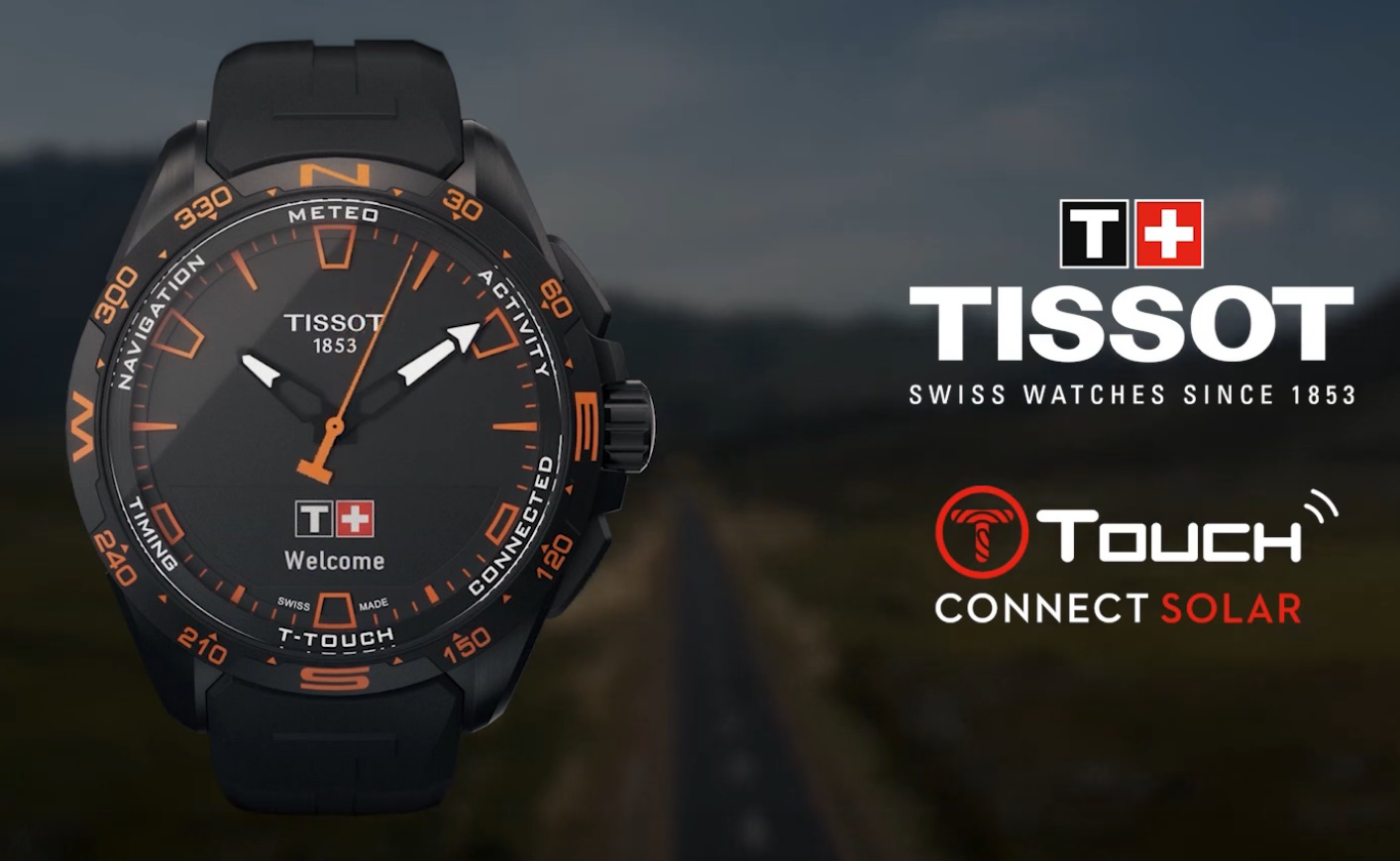 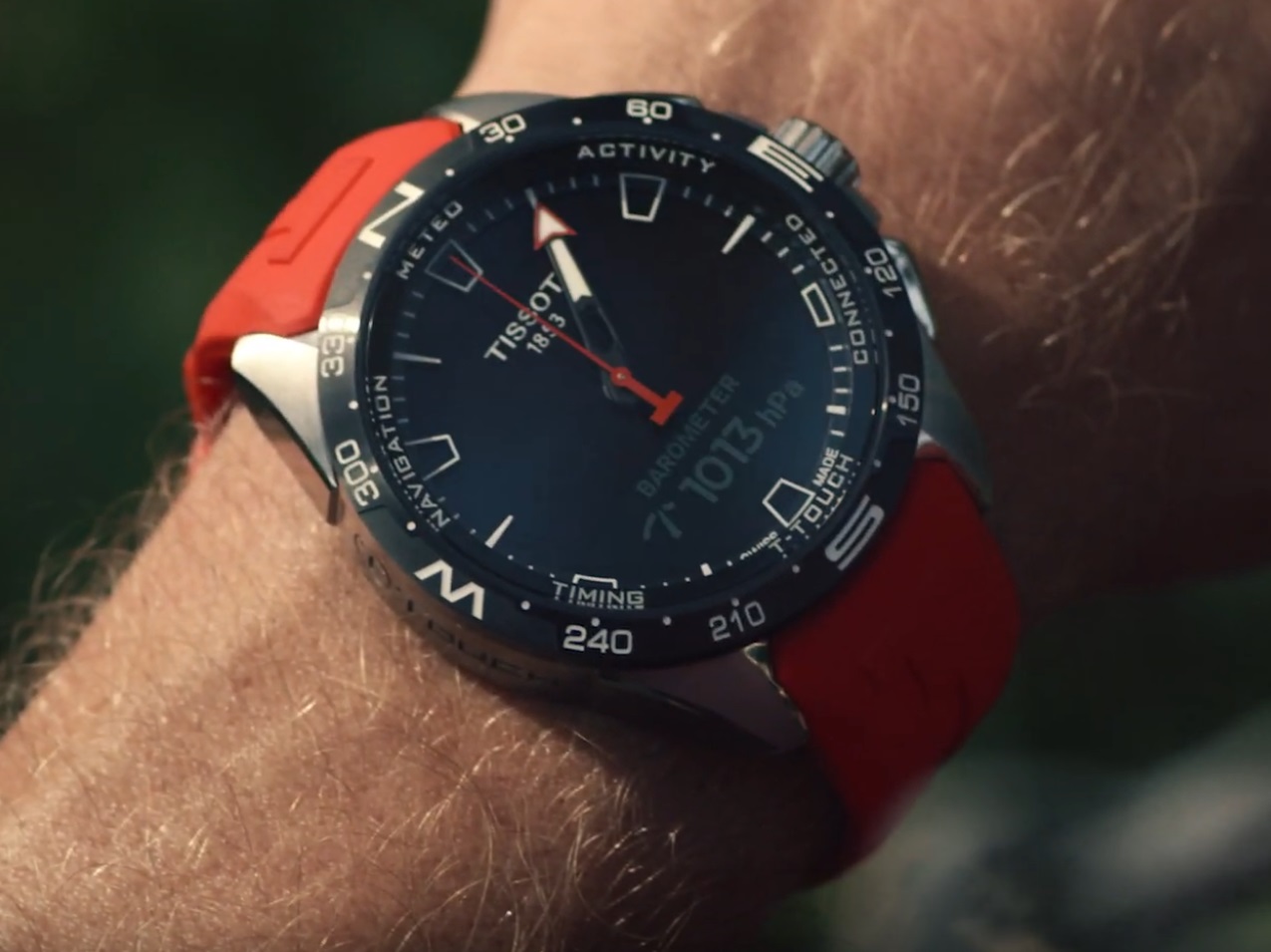 Nick Hayek of the Swatch Group promised that we’d see a Tissot T-Touch smartwatch this year, and it appears that he will certainly keep his word. The product will be called the Tissot T-Touch Connect Solar, and it is arguably the first modern smartwatch to come out of Switzerland’s Swatch Group, which recently published its 2019 annual report. Swatch Group has reported mixed feelings about smartwatches, but it has been known that Tissot was developing a smartwatch for a number of years now. While the Tissot T-Touch Connect Solar has not yet been officially released, the brand provided some early information to aBlogtoWatch, and I’m one of the people who has seen various prototypes of the Tissot “T-Smart” (as I wanted it to be called) over the years.

Swatch (the brand) is probably the most logical secondary recipient of the new operating system, which is known as SwALPS. The Swatch Group reportedly worked with the R&D Group CSEM in Switzerland to develop the software. I applaud Swatch Group’s decision to invest in its own operating system. This is wise for a few reasons. First, it allows them to better tailor the operation of hardware since they absolutely control the software. This especially important given that the T-Touch Connect Solar has a traditional analog dial with a screen component to it.

Smartwatches that use operating systems from companies such as Google with Wear OS have to work within parameters that are not always to their liking. Plus, user loyalty is split between affection for the hardware maker and the software maker. Companies aren’t sure who will win the battle at this point, but it is more than likely the software-maker, since users are notoriously stubborn about learning new interfaces. 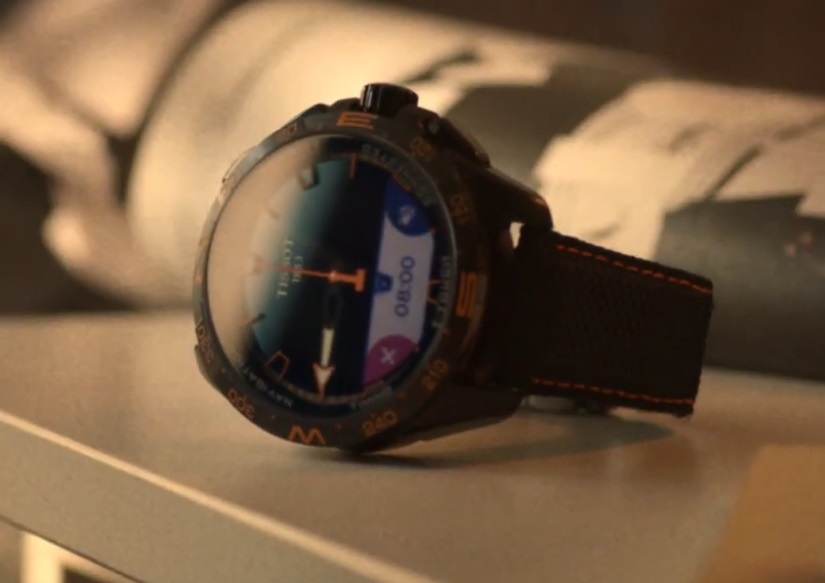 This goes into the second reason why the Swatch Group is smart to have developed its own smartwatch operating system, and that is because they can evolve and adapt it as they see fit, and no matter what, it will be for a product they sell. The group has 18 brands, and while not all of them are appropriate for a smartwatch, at least five or six brands within the group could logically release a smartwatch in the next few years without negatively altering their brand personalities.

Developing your own software does come with a variety of limitations, however, least of which is that the Swatch Group now has to fund a software development and maintenance team, which has an ongoing cost but isn’t an ongoing revenue generator, per se. While smartwatch features might be considered a service, most of them are not services that consumers wish to pay for. At this time, the value in a smartwatch is in the sale of the hardware — and it is likely to remain that way for a while longer.

It is also difficult to imagine that SwALPS will be able to offers as many features as Apple Watch OS or Google Wear OS. No one thinks Swatch Group will try. Instead, it is more likely that SwALPS will focus on a few core features and try to do them well, not intending to replace your phone but rather to create a natural evolution on the T-Touch platform, which has seen nearly a decade of slim attention from the Tissot brand.

When the Tissot T-Touch first came to market, it was absolutely revolutionary and really made Tissot a popular brand today. In 1999 the first Tissot T-Touch gave the world a modern watch with a modern movement that looked analog but did things no analog watch could do. The name of the watch referred to the fact that the user touches the sapphire crystal to activate certain functions. In essence, the dial was used to help operate the watch. It started by pressing the “T” button, which made the sapphire crystal receptive to touch. 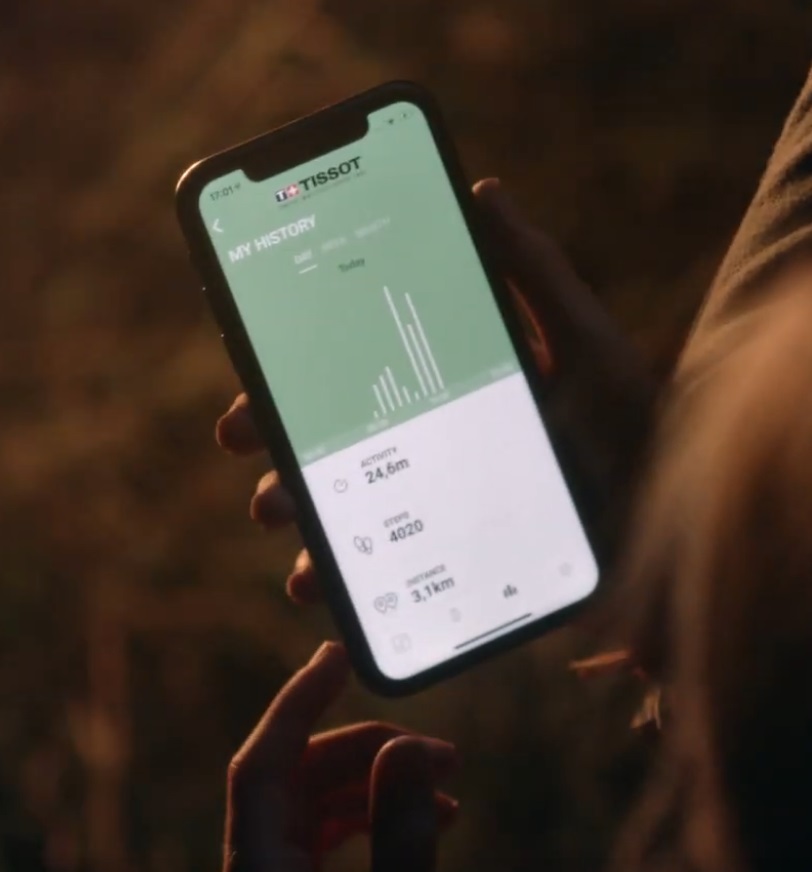 The T-Touch also had a slick titanium case and was versatile and compelling enough to win over many wearers. To expand upon the success of the original T-Touch, Tissot tried to create more niche models, but none of them ever really captured the novelty of the original model. The last major breakthrough for T-Touch was the T-Touch Solar, which finally added solar power generation to the feature mix. At this point, from a product comparison standpoint, Tissot may have had the most attractive product, but the Japanese were quite ahead of them when it came to solar-powered watches with a lot of features and analog dials. The T-Touch Connect Solar is the successor to the last Tissot T-Touch, which was the T-Touch Solar Expert.

Coming in Summer of 2020, the T-Touch Connect Solar will feature a 45.5mm-wide titanium case that appears to be available in either natural titanium or black-colored titanium. The watch will also feature ceramics in its construction such as for the bezel. The case looks like an evolution from the last generation T-Touch, which was nice but somewhat criticized for its large size. It looks like the T-Touch Connect Solar has pretty stubby lugs which could mean good things for wearing comfortable and size. We can see at least a few styles will be available, with an attractive matching titanium bracelet option as well. 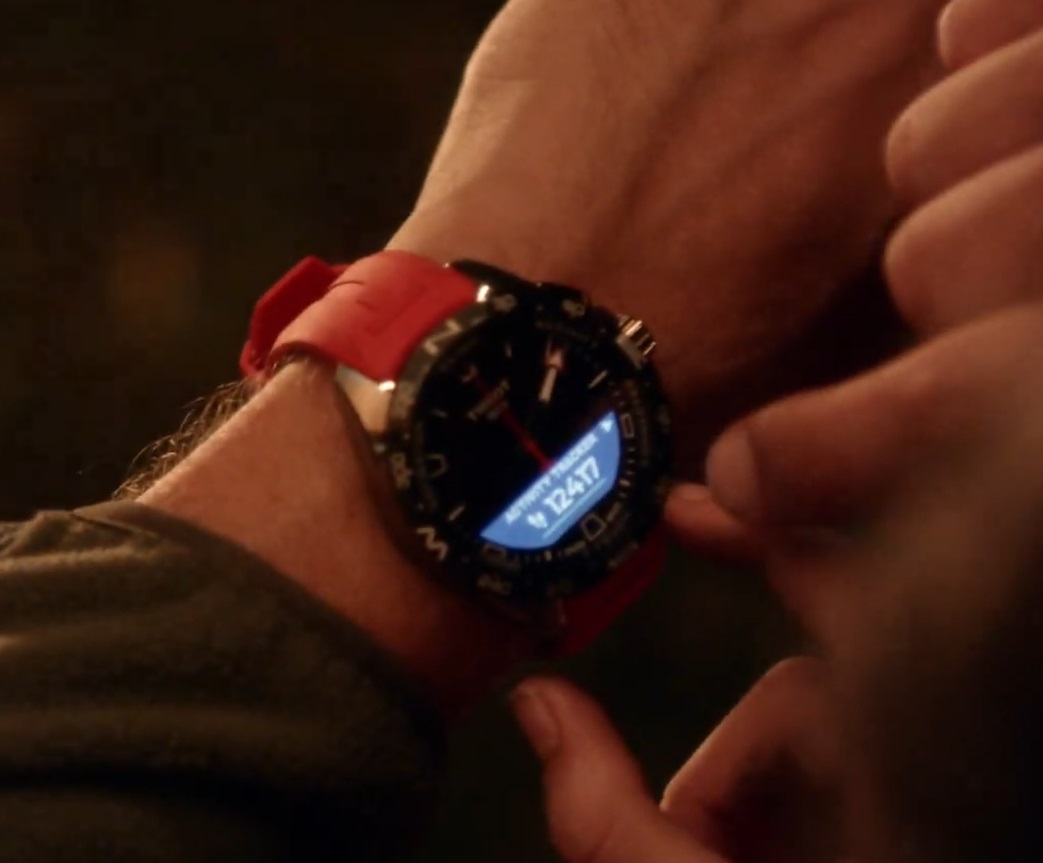 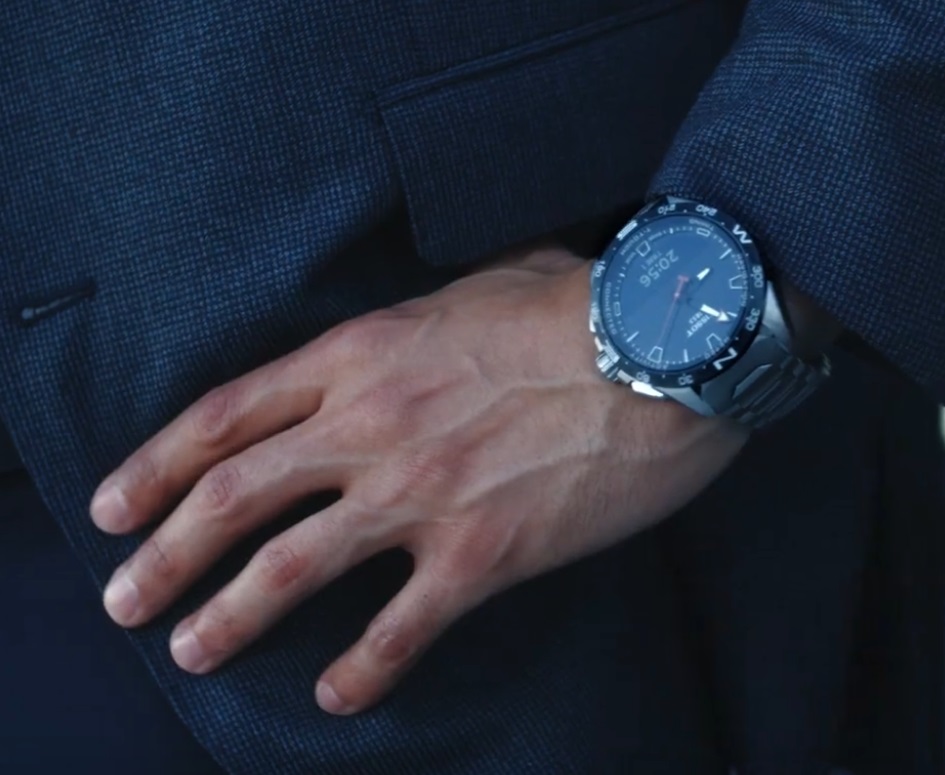 Looking at the dial of the T-Touch Connect Solar, one can generally appreciate how the watch will work. Like other T-Touch watches, the lower part of the dial is dedicated to a screen which here is much more high-resolution, given that it is a smartwatch. This is where a lot of the information and text will appear. The watch has three pushers and probably the same T button activation for the dial. On the dial there are six potential areas to push for Navigation, Meteo (weather), Activity, Connected, Timing, and T-Touch. Tissot has made it clear that the watch has all the same features as the last generation T-Touch but with the addition of various connectivity features and activity tracking.

My guess is that the T-Touch Connect Solar will operate very much like a “smartwatch light,” the idea being that Tissot can revive some of the magic of the T-Touch, while adding modern features that consumers want such as call and message notifications and exercise/activity tracking. Tissot makes a big point to advertise up to “six months of autonomy.” The presumption is that you only need to charge the watch once each six months. The idea is that a photovoltaic cell on the upper part of the dial is able to generate supplementary electricity to lengthen the core battery’s life significantly. My impression is that the Swatch Group was trying to make an cool smartwatch for people who hate charging their smartwatch. 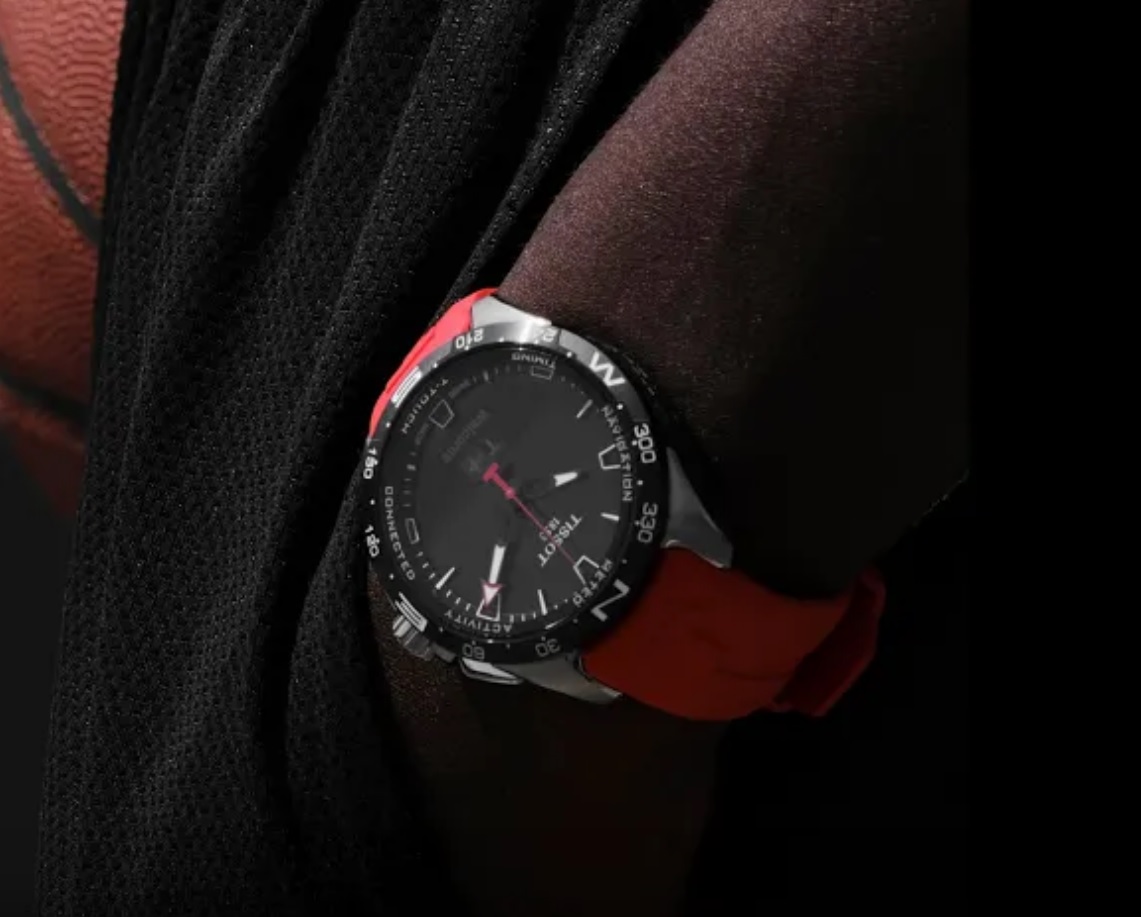 Tissot predictably also has a companion smartphone app to go with the T-Touch Connect Solar. The app development, like the smartwatch SwALPS software development, is again likely part of Swatch Group’s larger plan to create its own ecosystem of “connected” wearable devices. Swatch Group has also made it clear that the SwALPS operating system is compatible with Apple iOS, Google Android, and Huawei’s Harmony. The latter software integration appears to suggest that Tissot has big aspirations for the T-Touch Connect Solar in China, as well as in the West.

It is also probable that the Tissot T-Touch Connect Solar will launch in China prior to places such as the United States. At the least, the United States rollout is expected to be a bit later in the year, starting in October 2020. I’ve written heavily about the T-Touch collection over the years and have a few of my own. I look forward to reviewing the Tissot T-Touch Connect Solar for myself. Estimated price is between $1,195 – $1,295 USD. Learn more at the Tissot website here.