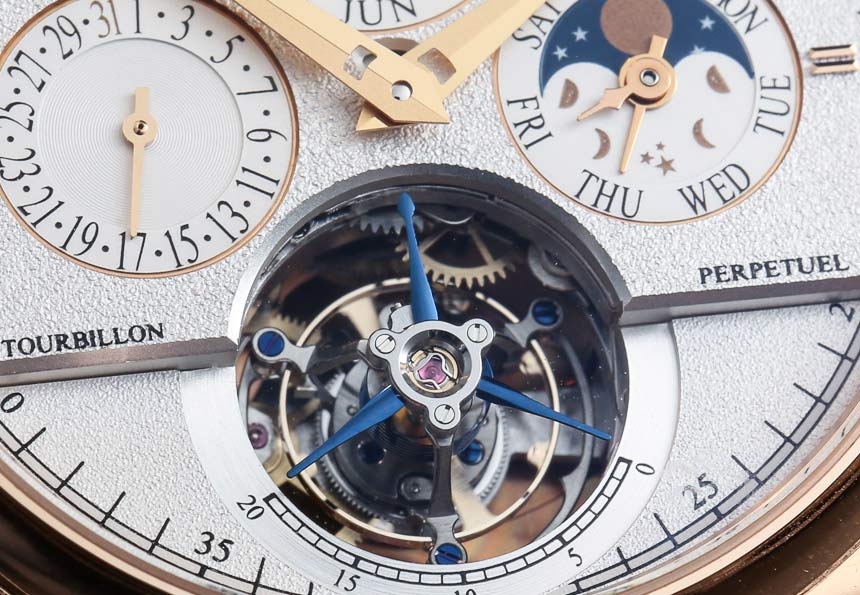 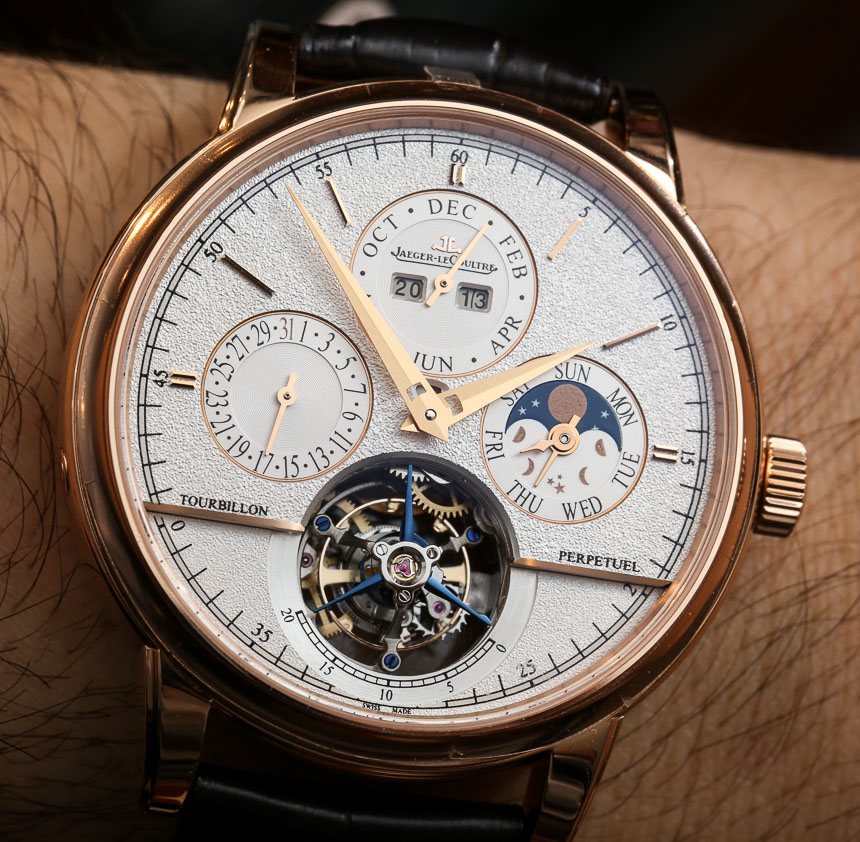 aBlogtoWatch first covered the Jaeger-LeCoultre Master Grande Tradition Tourbillon Cylindrique a Quantieme Perpetuel when it was released during the SIHH 2014 watch show in January. The pictures alone showing Jaeger’s updated treatment of the dial was enough for us to swoon over it. Now, we take a hands-on look at what is an amazingly complicated, yet beautiful and comfortable to wear “Grande” timepiece. 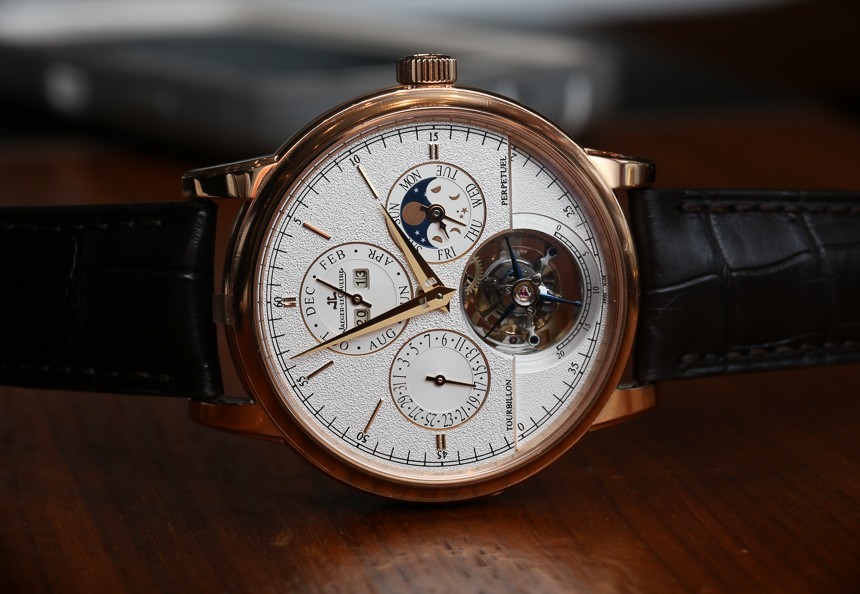 One of the reasons that you will not hear as much about the Jaeger-LeCoultre Master Grande Tradition Tourbillon Cylindrique a Quantieme Perpetuel as the piece might deserve is because 2014 also saw the release of the amazing (and still not yet quite finished) Hybris Mechanica 11 watch that has enough world’s firsts and merits to make you want to mortgage your home for the $400,000 plus watch. The timepieces are each completely distinct, but what connects them is Jaeger-LeCoultre’s sense of mechanical aptitude and design refinement. Each is a wildly complicated mechanism almost suitable for daily wear.

The Jaeger-LeCoultre Master Grande Tradition Tourbillon Cylindrique a Quantieme Perpetuel is comprised of the in-house Jaeger-LeCoultre caliber 985 automatic movement which is as modern as it is technically esteemed. First of all, for a highly complication tourbillon perpetual calendar movement it operates at a modern 4Hz (most tourbillons run at 3Hz) and is also an automatic. The tourbillon is also special because if you read the name of the watch carefully you’ll realize that it has a special hairspring. Rather than being a flat spiral, it is a cylinder. I believe that this is a feature that Jaeger-LeCoultre debuted with the Gyrotourbillon II. The later Gryotourbillon III (also not quite ready for action yet) continues to offer more novelty by having a spherical versus cylindrical balance wheel. 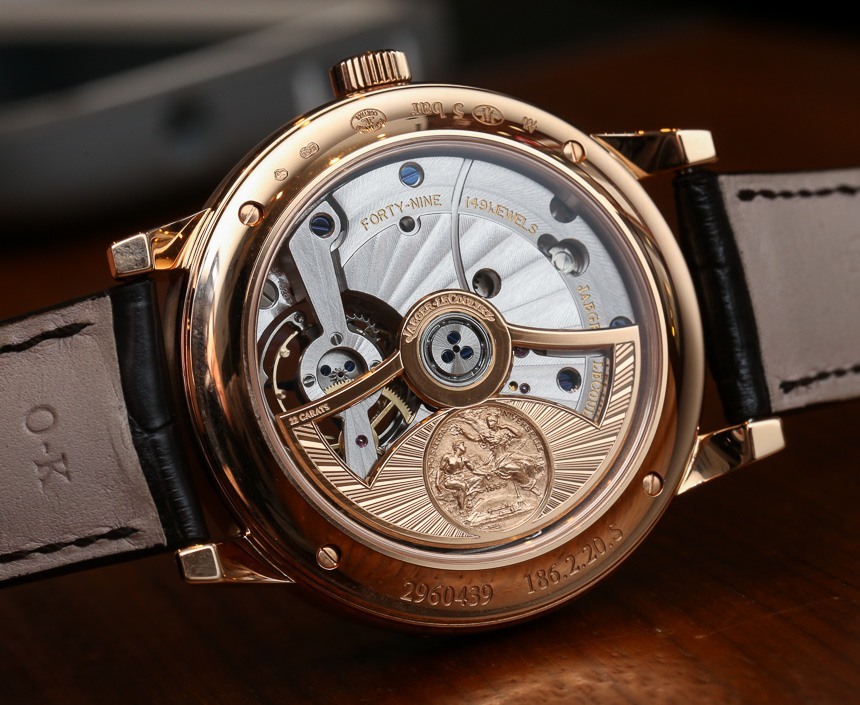 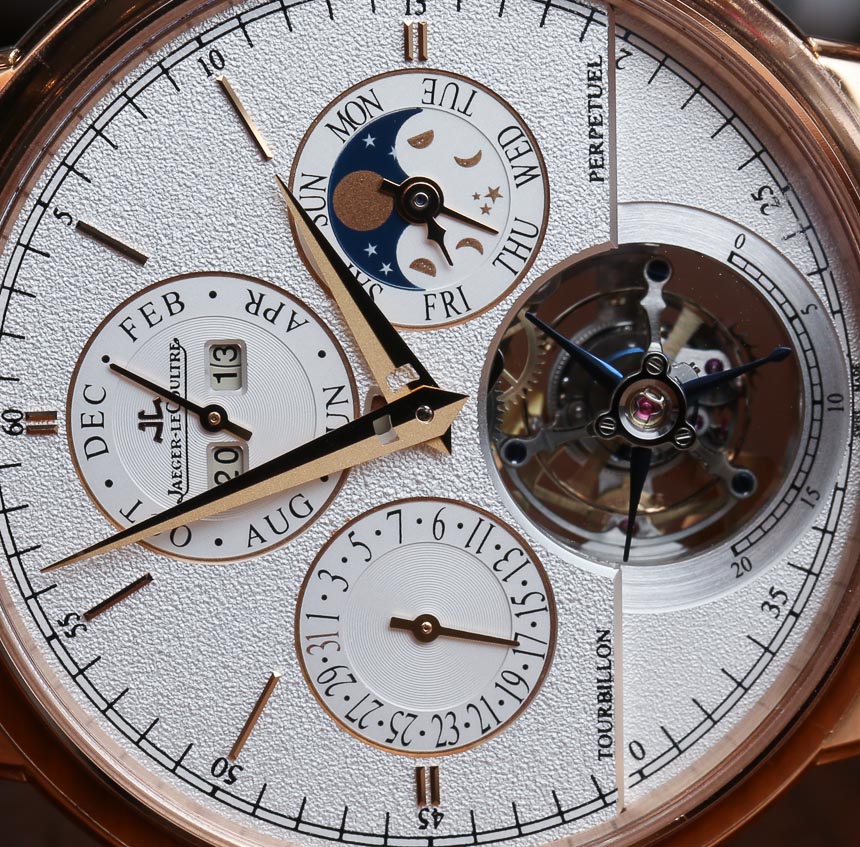 Why shape a balance wheel like a cylinder, versus making it flat? It is about accuracy, as I believe these more space-consuming balance wheels are more accurate–at least, that is their historical use. Inside the watch, seeing the cylindrical balance wheel beat inside the deep tourbillon cavity is impressive and beautiful. Every lover of mechanical watches should experience seeing something like this at least once.

That the caliber 985 is an automatic is even more impressive. I love high-complication automatic watches and having the convenience of self-winding is in my opinion always worth having a rotor that partially blocks the movement. For this watch, the solid gold rotor happens to be an aesthetic item unto itself. Engraved into the 22k pink gold rotor is a motif of the medal Jaeger-LeCoultre received at the 1889 Exposition Universelle. This was the world’s fair and that year it was held in Paris. It is one of a few world’s fair events that Jaeger-LeCoultre as a brand receiving some distinction. 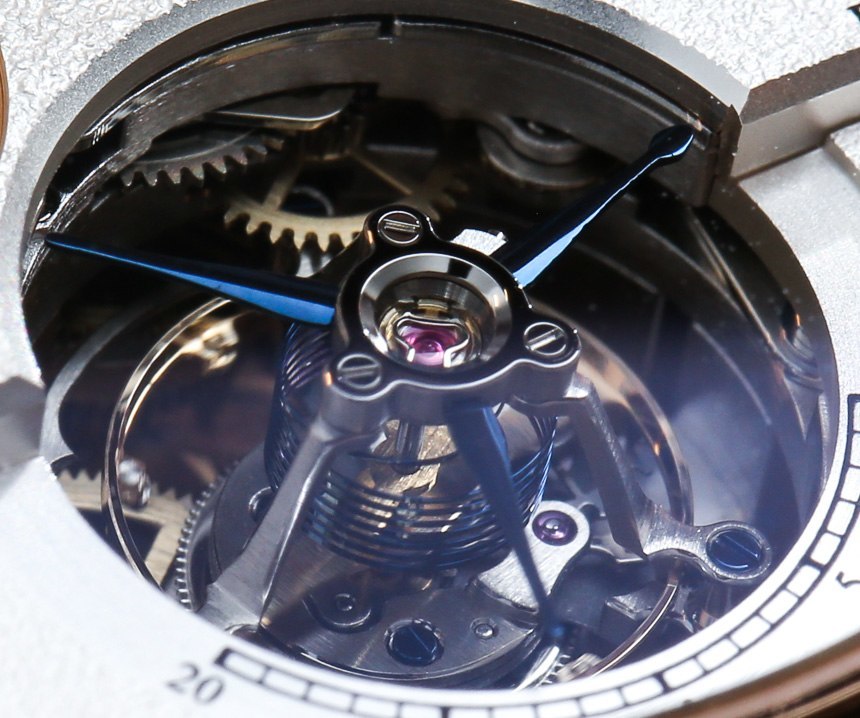