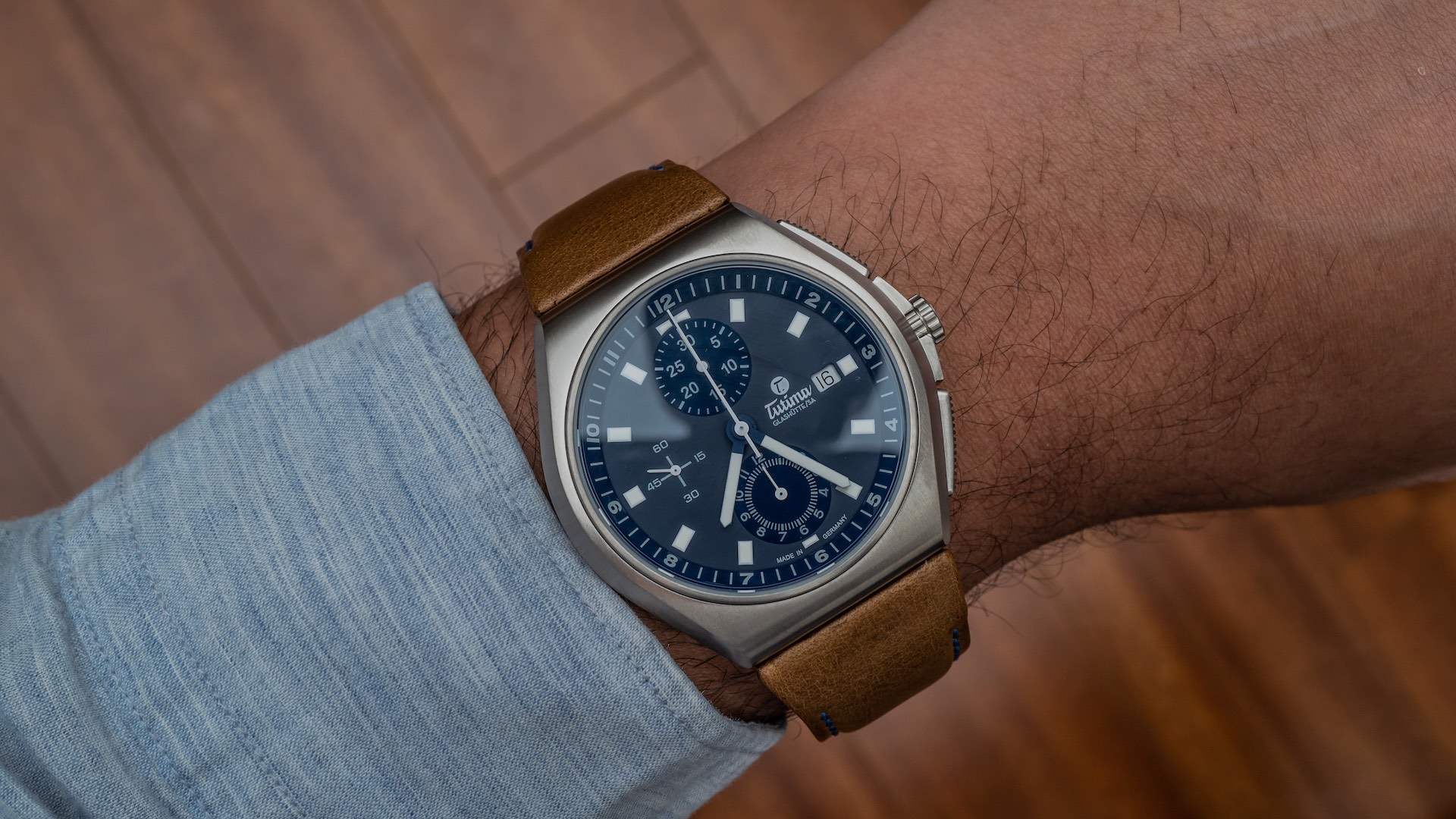 Tutima’s M2 Chronograph is essentially the descendent of its iconic Military chronograph from the 1980s when the brand was commissioned as the official timekeeper for the North Atlantic Treaty Organization (NATO) forces in Europe. At 46mm-wide with utilitarian tool watch aesthetics (especially the “Pioneer” model with rotating bezel) and a price tag of around $6,000, the M2 Chronograph has a self-selecting pool of buyers. Fortunately, Tutima just released its awaited follow up to the entry-level M2 Coastline three-hander with the new M2 Coastline Chronograph. 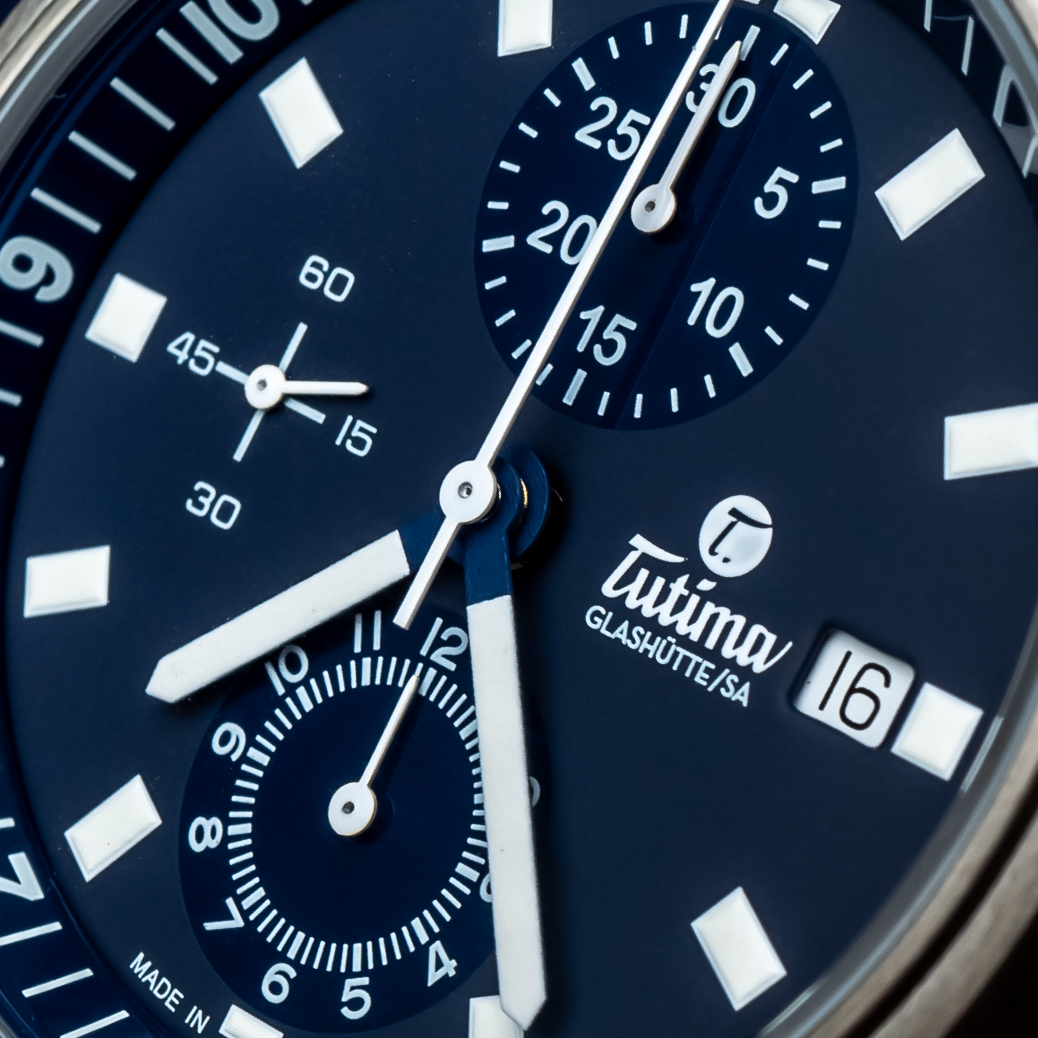 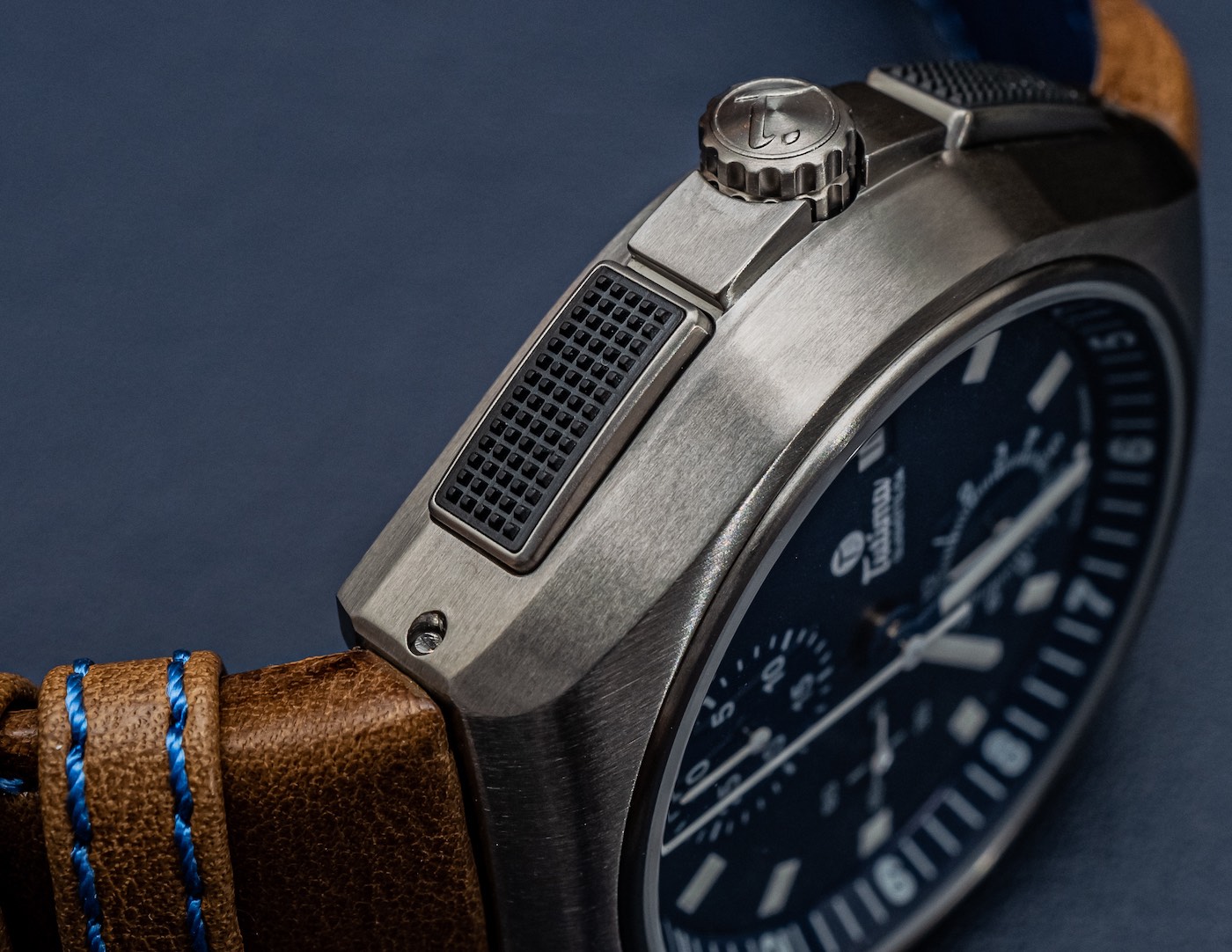 The Tutima M2 Coastline Chronograph was actually introduced last year, though when we saw it at Baselworld 2019 it was still in the prototype phase. The final product is a watch with a smaller 43mm-wide titanium case and new Tutima Caliber 310 movement (based on ETA Valjoux 7750) that, while less robust than the Caliber 521 used in the M2 Pioneer, goes a long way in keeping the price down. Water resistance does take a hit when compared to the M2 pioneer, as the Coastline has 200M resistance compared with 300M. 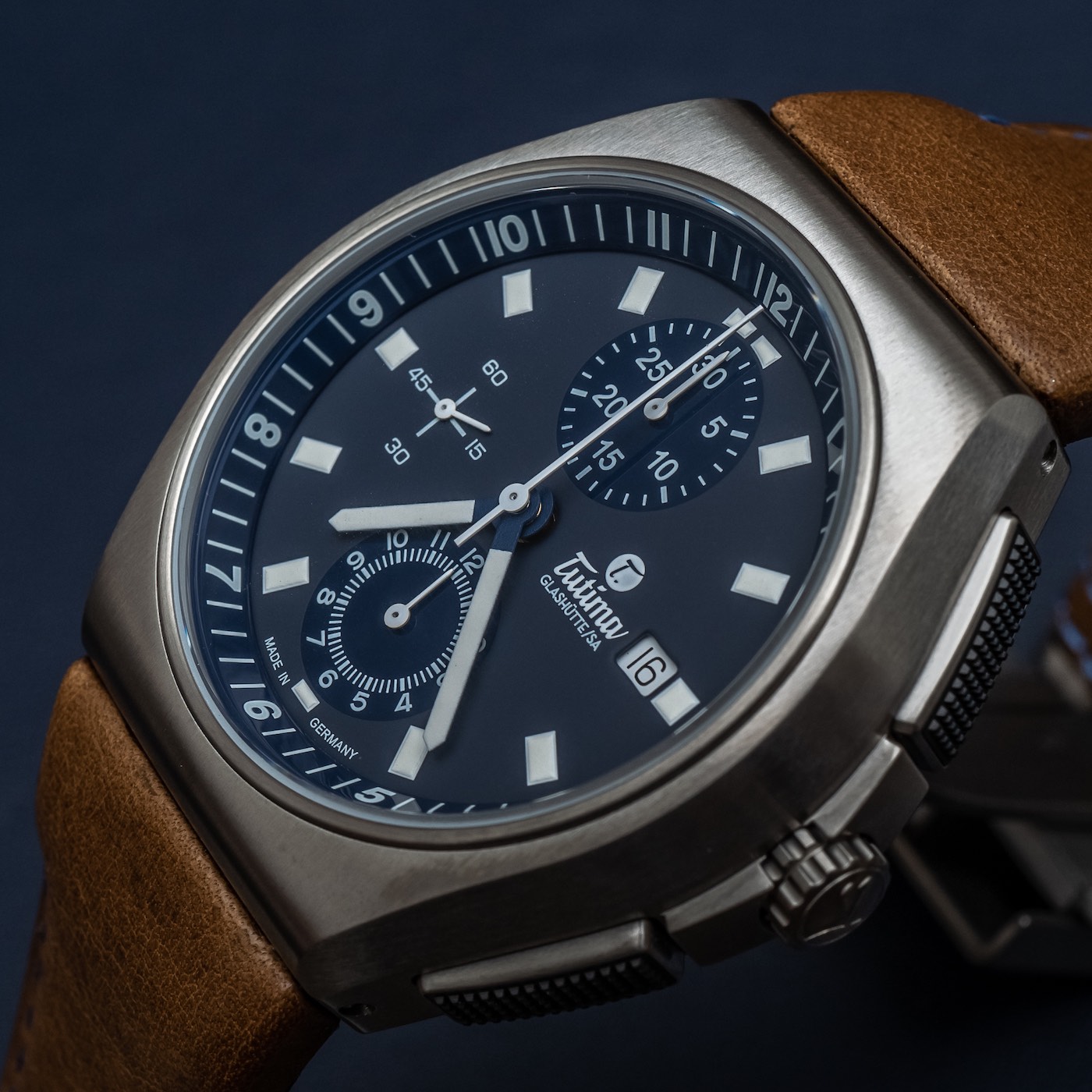 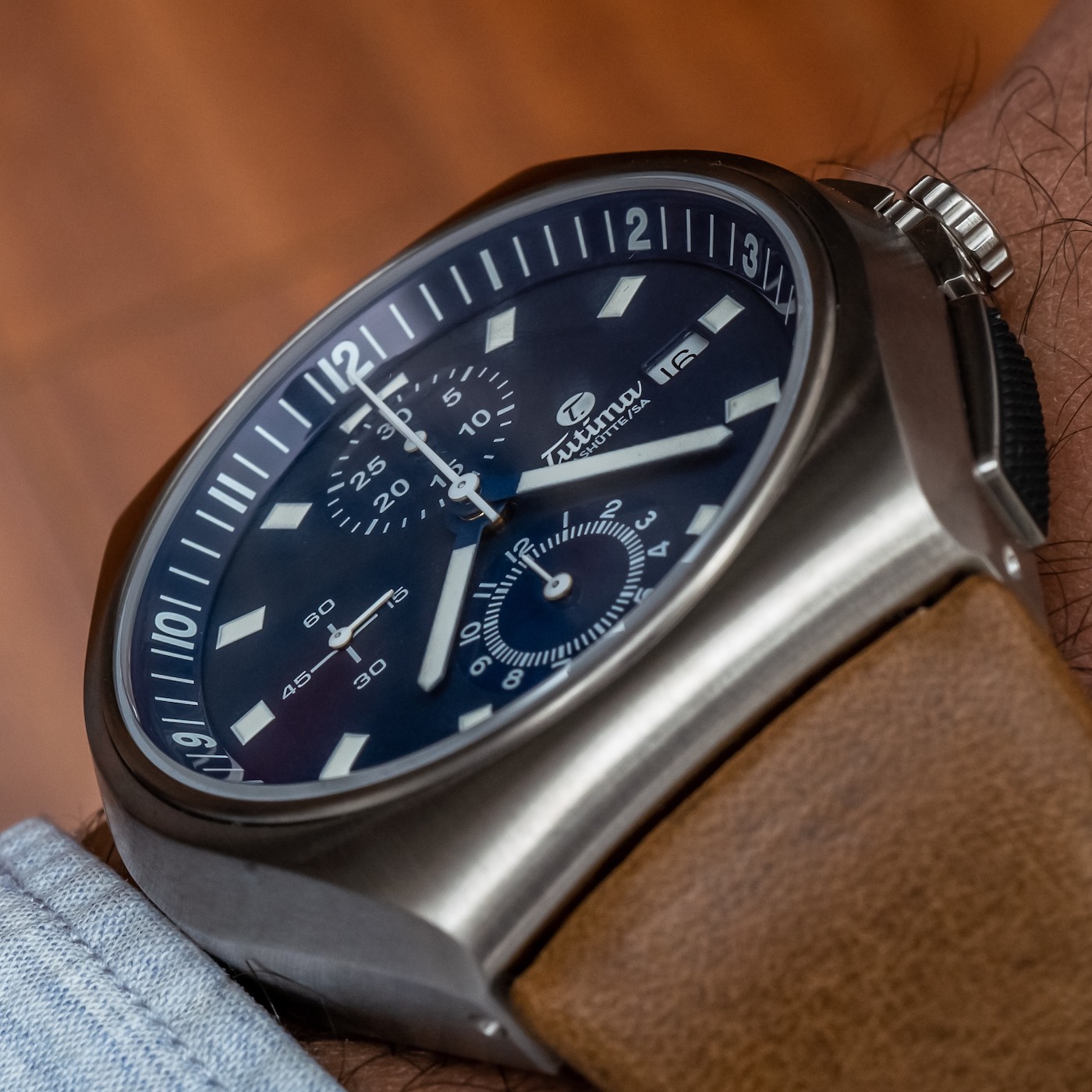 The distinct curved case shape remains faithful to the Military chronograph with basically the same integrated chronograph pushers on the Pioneer model (that I believe are covered in neoprene). The 43mm- wide case has a lug-to-lug measurement of exactly 43mm, according to my calipers, which makes the watch wear a bit smaller than the case width would have you believe. Ironically, it is a bit thicker than the Pioneer at 15.8mm. That said, I really appreciate the lightness of the titanium case here, as well. 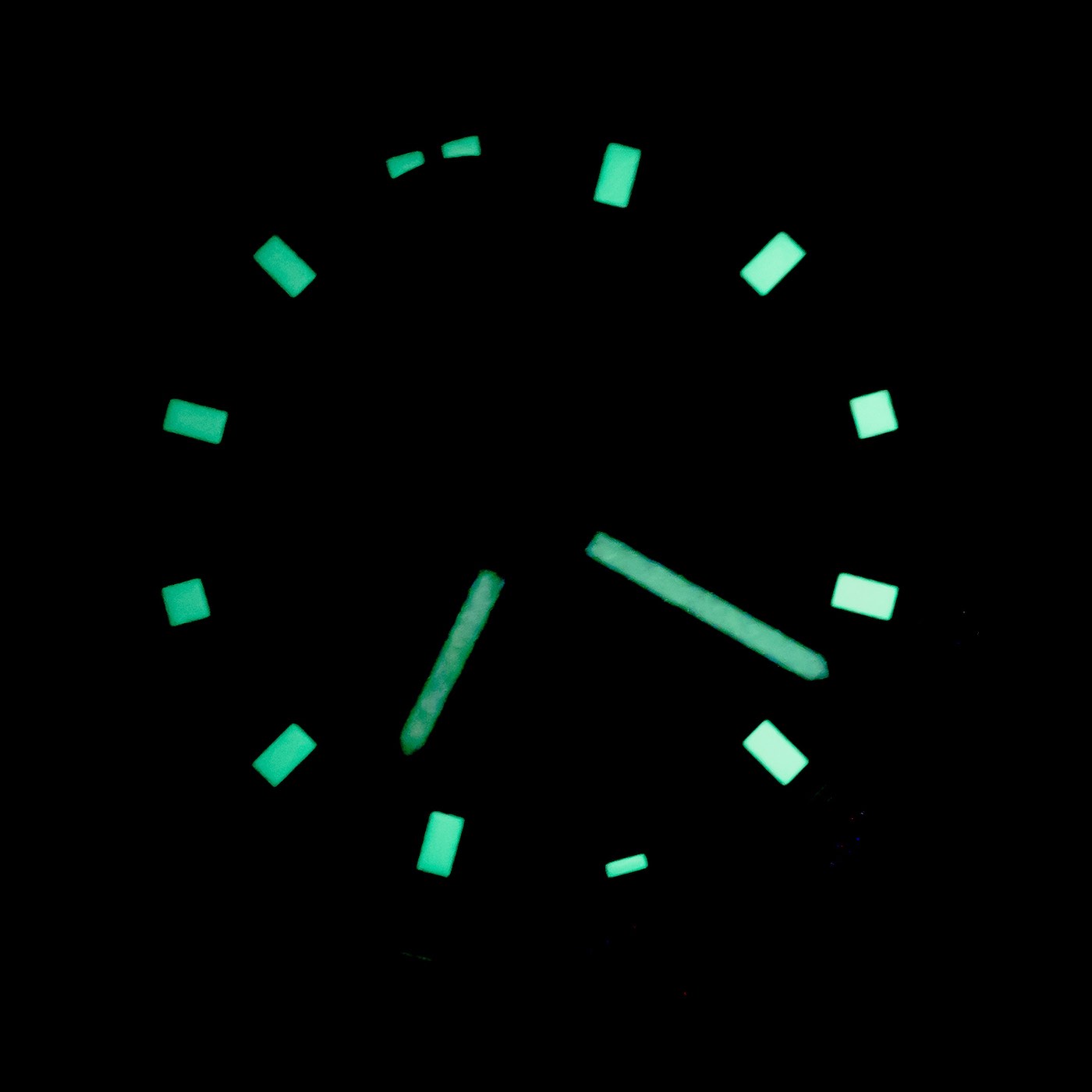 One thing that bothered me about the three-hand Tutima M2 Coastline is the short hour hand, which thankfully does not carry over to the Chronograph. The hour hand here reaches just far enough to make most sticklers happy, and legibility across the entire dial is excellent. The lumed hands and dial contrast perfectly well, and good AR coating on the sapphire crystal reduces most glare. 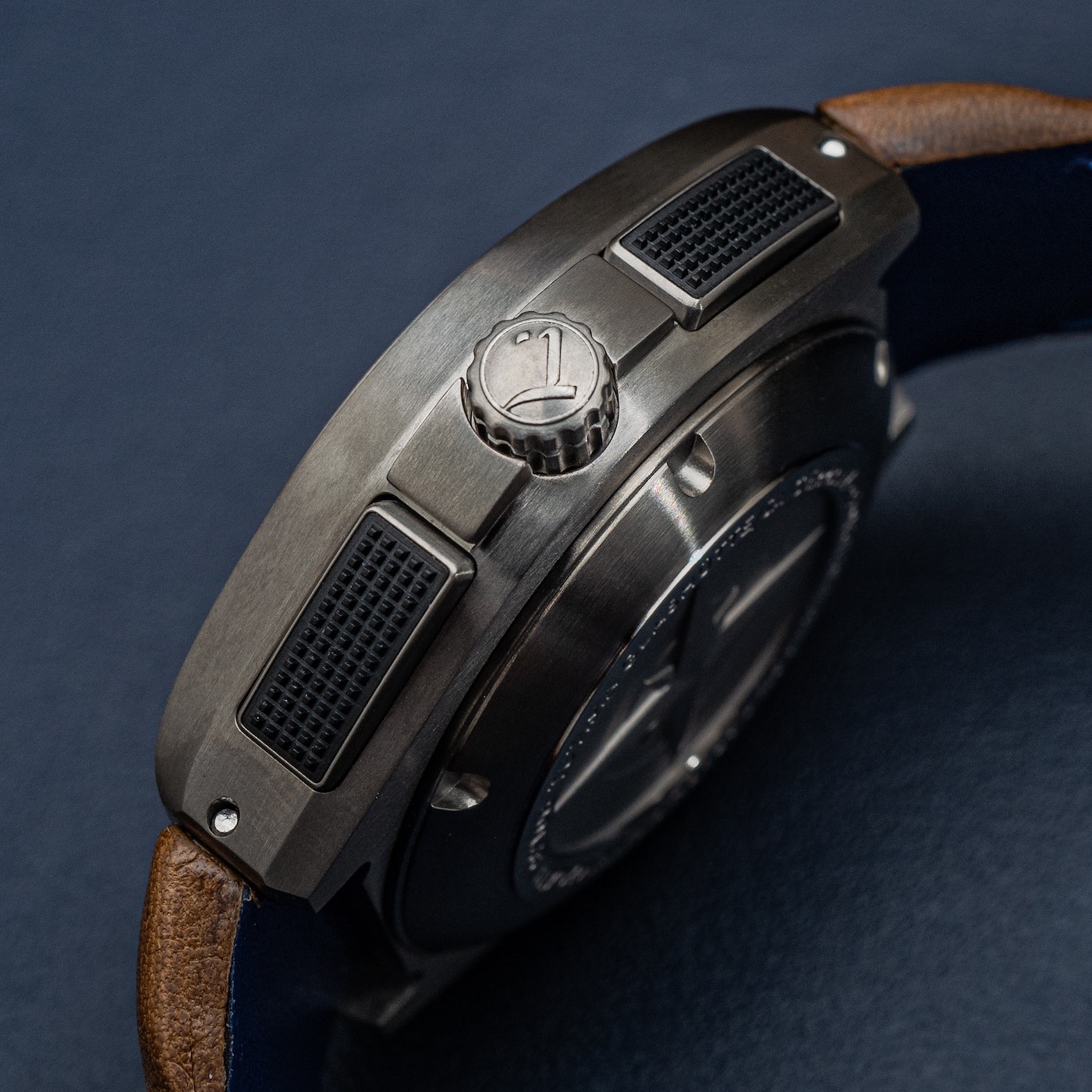 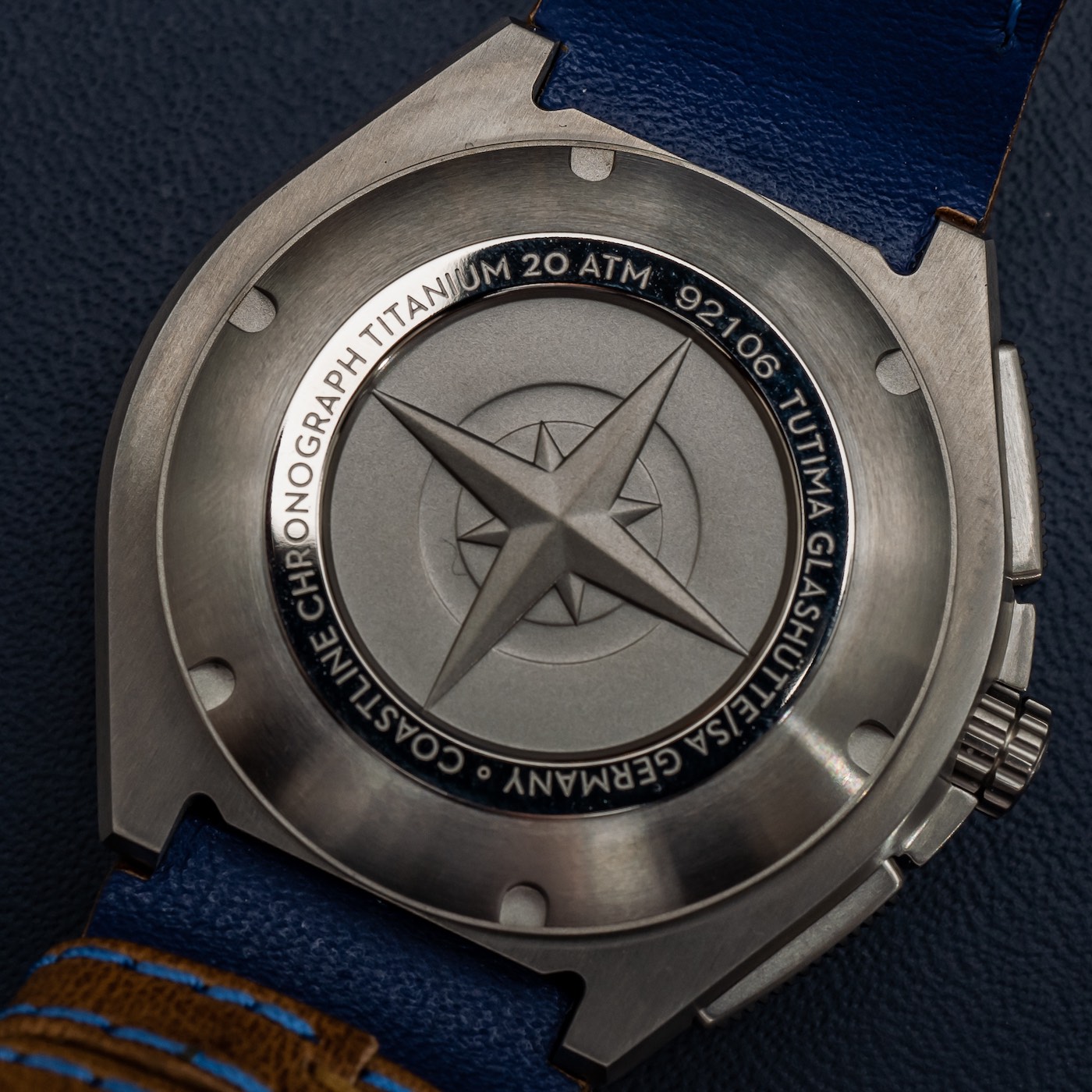 The new automatic Caliber 310 is a 7750-based chronograph movement that gets the job done, though it lacks the central chronograph minute hand or 24-hour counter that some of Tutima’s higher priced in-house chronographs boast. Of course, the M2 Coastline Chronograph is almost half the cost of the $6,100 M2 Pioneer. With a central chronograph hand, date window at 3 o’clock, running seconds subdial at 9 o’clock, 30-minute counter at 12 o’clock, and 12-hour counter at 6 o’clock, the Caliber 310 is a traditional chronograph layout. It operates at 28,800 vph and has a 48-hour power reserve. There’s no view into the movement, however, as the M2 Coastline Chronograph has an enclosed titanium caseback. 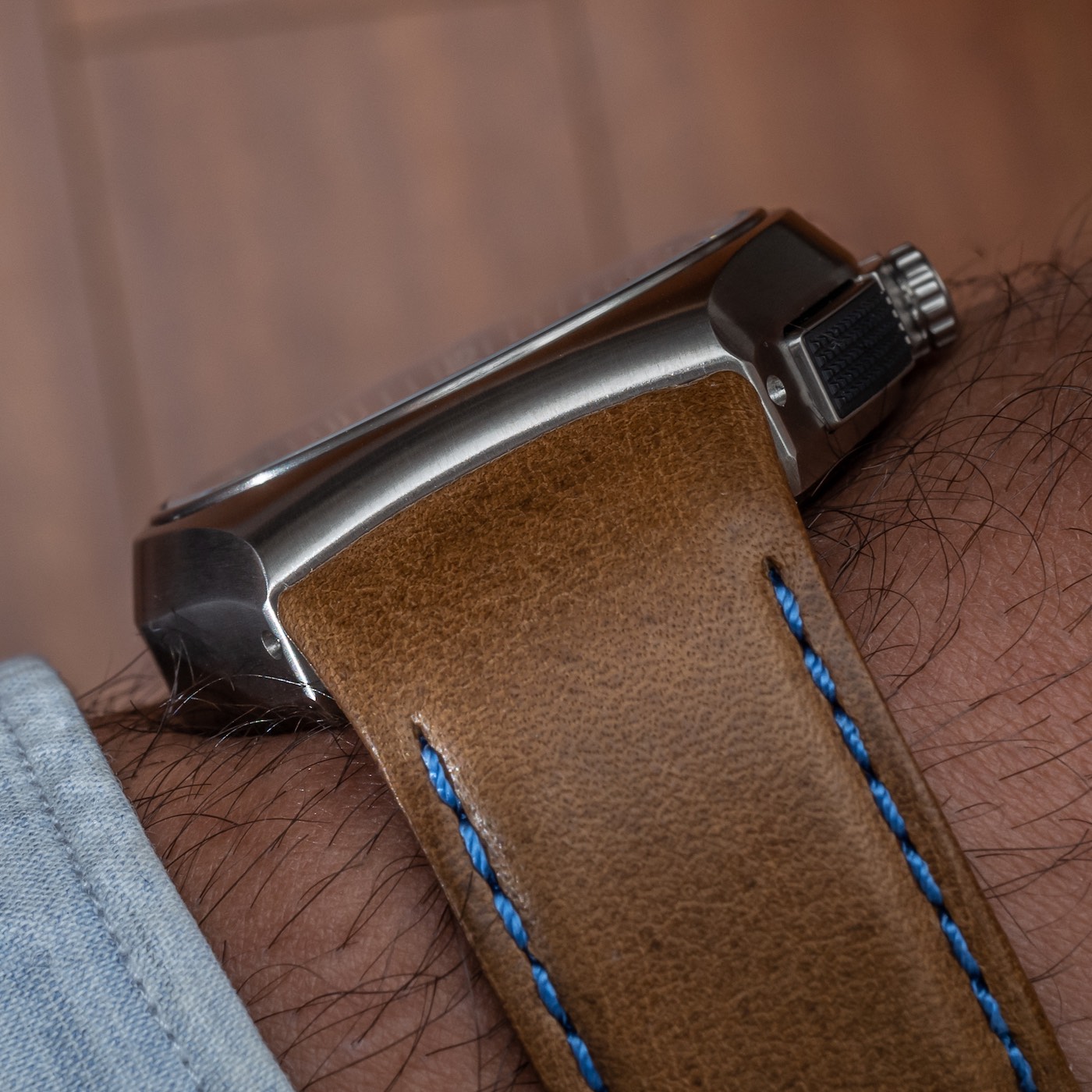 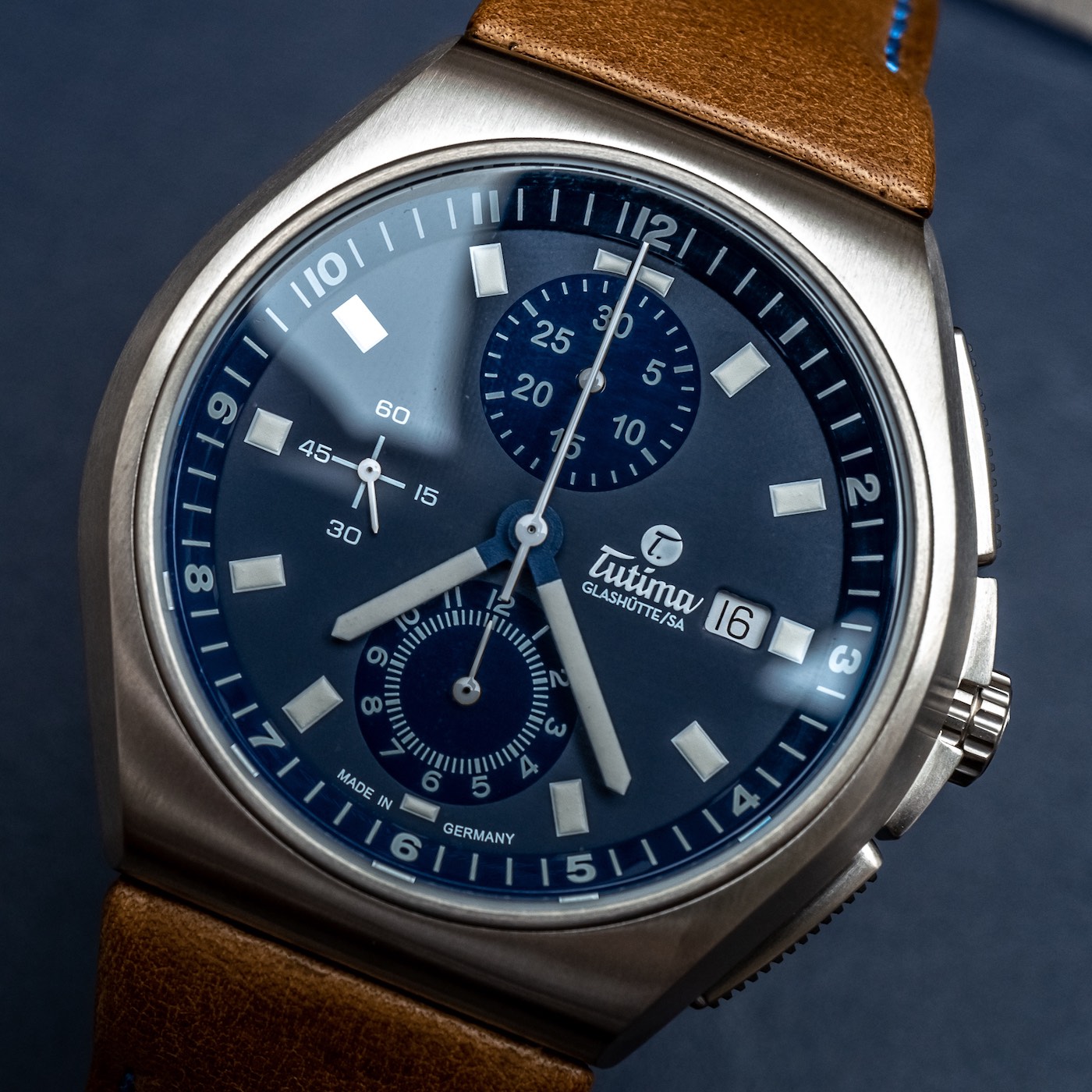 Seen here in a dark blue dial with white hands/indices, it’s also available in black dial with the chronograph hand/chronograph subdial hands done in red. The version I got to handle was on the leather strap, although it’s also available on the Tutima bracelet that people are fond of. The Tutima M2 Coastline Chronograph is priced at $3,300 on leather strap and $3,600 on titanium bracelet. You can learn more at tutima.com.