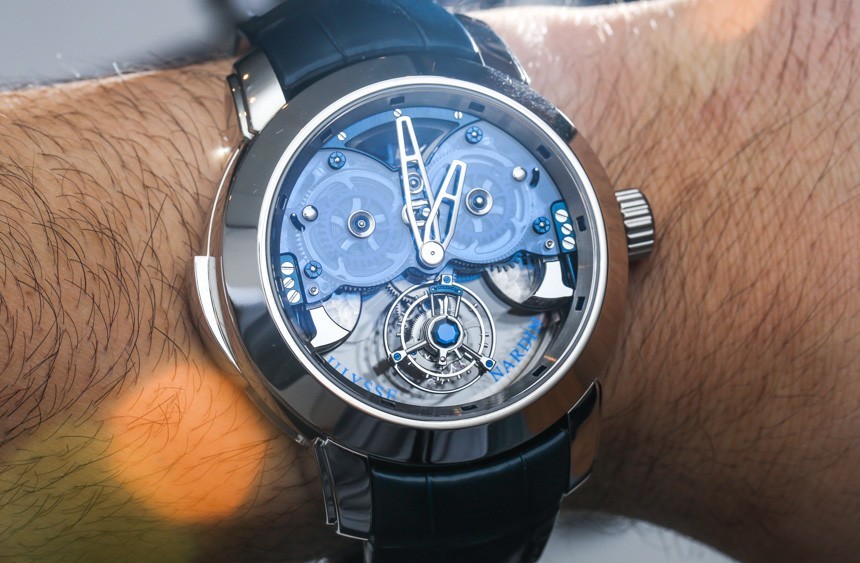 Since its establishment in 1846, and especially since its 1983 relaunch, Ulysse Nardin has taken its fair share of designing and manufacturing some of the most complicated chiming watches of modern horology. Their latest exercise in this extremely demanding field of high-end watchmaking is called the Imperial Blue, and it is yet another tangible and hugely impressive proof of that experience. Comprising a flying, or rather a seemingly levitating tourbillon, a sonnerie Westminster carillon and minute repeater, as well as a date indication, when I first saw this piece the immediate question on my mind was where Ulysse Nardin put all these complications in a movement half of which is completely transparent and contains nothing but the tourbillon, spinning in sapphire-surrounded loneliness?

The reason why such liberality in using movement space shocked me is that the sonnerie complication of the Imperial Blue represents the pinnacle of all chiming watches, meaning even greater complexity from the already mind-boggling minute repeaters. What the Sonnerie Westminster Carillon (or Westminster Chimes) does is that it rings out on four notes (Mi-Do-Re-Sol) for every passing hour, plus also sounds the hours, quarters and minutes on the wearer’s demand, upon sliding the actuator at the 9 o’clock position of the case. To see (and hear) this amazing function in operation check out Ariel’s hands-on video of this piece just below. 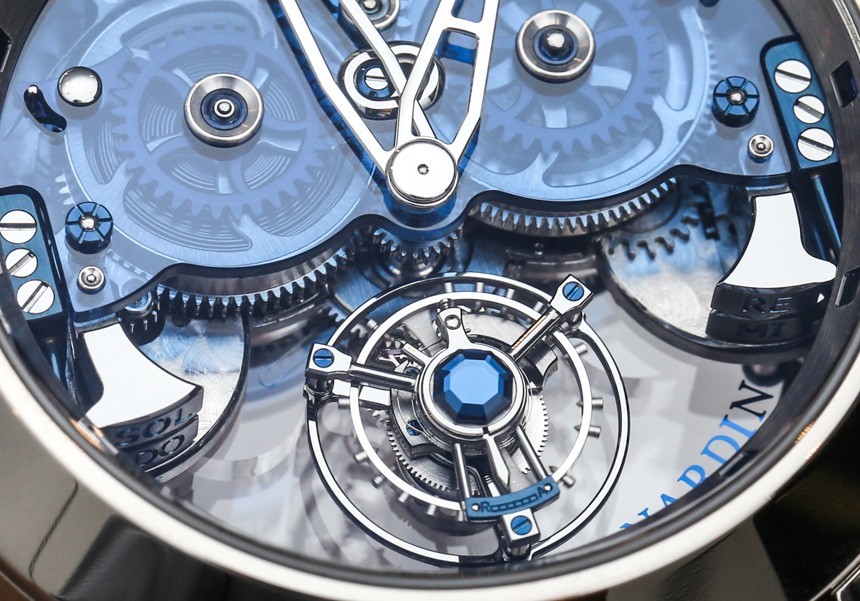 There are numerous problems, or rather challenges, that are linked to the making of a sonnerie. First of all, there is the pressing issue of providing ample power reserve, as on pieces with a shared barrel that supplies both the timekeeping and the chiming functions simultaneously the power reserve drops to a mere 24 hours, given that the sonnerie is turned on and is chiming as an hour passes. The Imperial Blue solves this with a double barrel system, whereas the barrel to the left (around the 10 o’clock position) caters to the sonnerie and minute repeater, while the one to the right, at the 2 o’clock position is dedicated to the flying tourbillon. 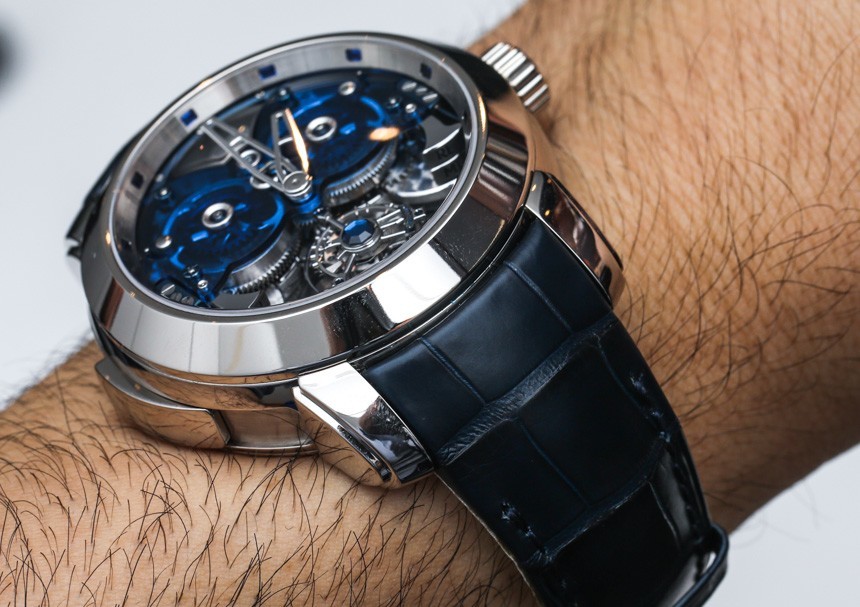 And while the way a sonnerie and/or minute repeater movement is constructed is of such incredible complexity that it will have to have an article dedicated all to itself, we do have a great opportunity to better understand how it operates thanks to the video above. As you can see in the footage, as Ariel slides the slider upon starting the minute repeater the barrel on the left rotates a couple of times. This is done to put just enough power into the barrel to sound the minute repeater and its four gongs. While the repeater operates you can see the barrel turning continuously, giving away its power to the repeater and stopping completely as the chiming function terminates.

So how do you “energize” the barrel to power the sonnerie, if the repeater eats up all the power reserve that was generated upon its initialization? Since the Imperial Blue contains a hand-wound movement the answer is that by rotating the crown counterclockwise the secondary barrel of the sonnerie can be wound; while by rotating the crown clockwise the movement’s barrel can be restored to its full 50 hours of power reserve. It is a clever system and again, something that is not generally seen with sonnerie watches.