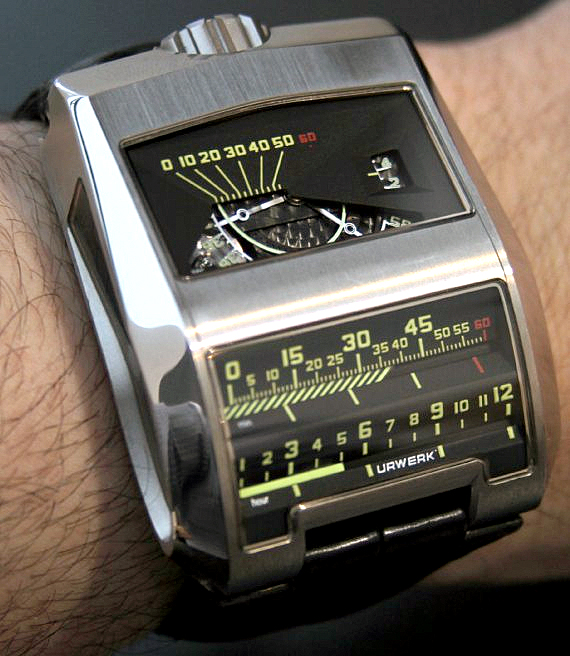 I wanted to say that the UR-CC1 “King Cobra” was one of the weirder Urwerk watches out there, but that is sort of like saying a guy with 3 arms is that much stranger than a guy with 5 arms. Urwerk timepieces have always been very different in style and appearance, but also provocative. Last year the brand finished developing their UR-CC1 watch that tells time via two linear dials. Based on the dashboard of some older cars, the watch tries to provide luxury, where there was once only utility. Urwerk not only knows that the UR-CC1 is unique, they even employ the uncommon method if mixing luxury watches and comics to market the collection (both the King Cobra and black version – the Black Cobra).

This is the second time I’ve covered the Urwerk UR-CC1 King Cobra watch – for tech specs, innards, and other details like that, see my previous post here. Telling the time in neon green on linear scales feels like something that is best matched to a Playstation racing game versus white gold. Though once you get the hang of reading the time starting with the minutes than the hours on the little bars – the watch isn’t so bad. The seconds are indicated on the top of the case in two ways. One, on a spiral and scale fit for Fibonacci, and the other via a connected numeral disc adjacent to it. 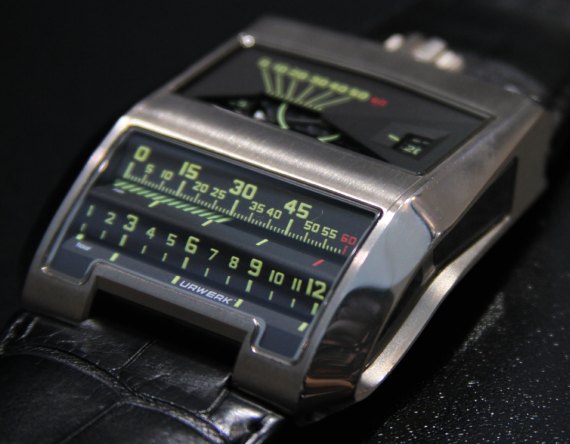 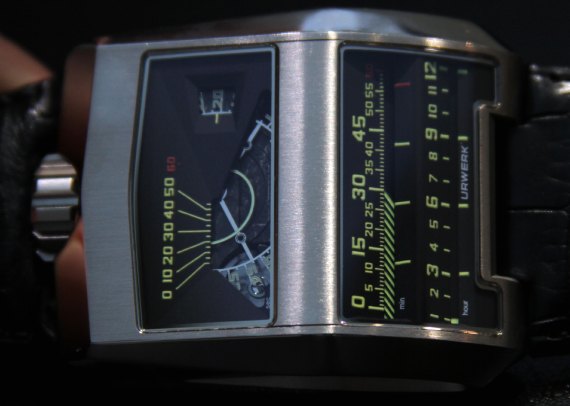 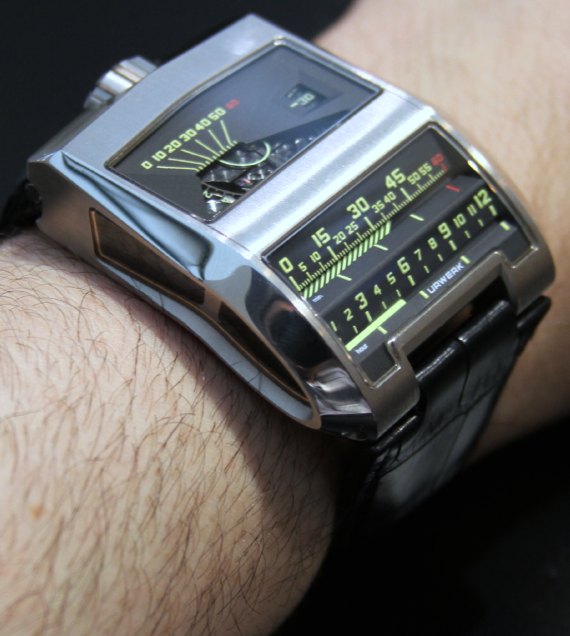 From the side the watch looks too much like a Kukri blade – the ‘cutting edge’ of Nepal. I wonder if the Nepalese people have to deal with any Cobra snakes. Probably not any Urwerk King Cobras. The UR-CC1 is limited to just 5o pieces, so models showing up there is an unlikely proposition. The strange shape of the watch does help with its wrist resting. It is actually quite massive and heavy given its gold case. Available in a gray or black gold alloy, the case looks like a bent rectangle – though it does have its ergonomic charms.

For the UR-CC1 Urwerk experimented with a honeycomb design for parts of the movement. A view through the sapphire crystal on the side of the case helps illustrate this. As always Urwerk outstands with its movement designs, engineering, and finishing. While the King Cobra is good looking and cool, it doesn’t feel like a traditional luxury watch. Which is weird because it is so well made, complex, and in gold. So what is wrong with it? Well that is hard to point out. I have a feeling the watch look too much like an early 1980s calculator in gold – at least thematically. This is what Bill Gates would if he was an emperor of Microsoftopia. 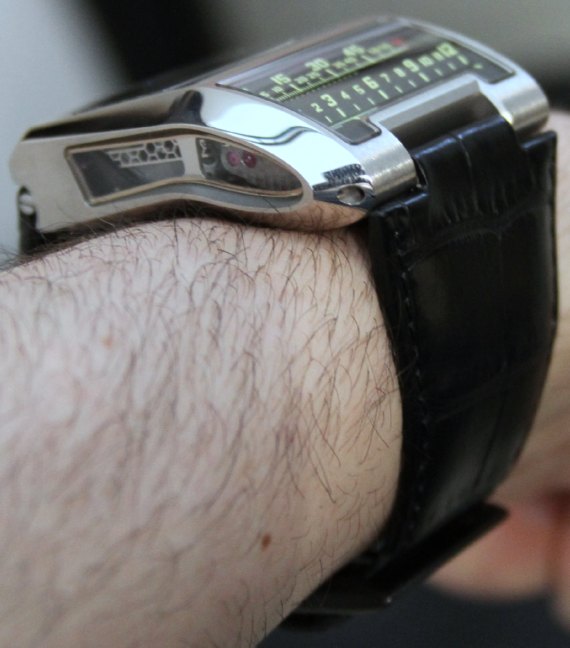 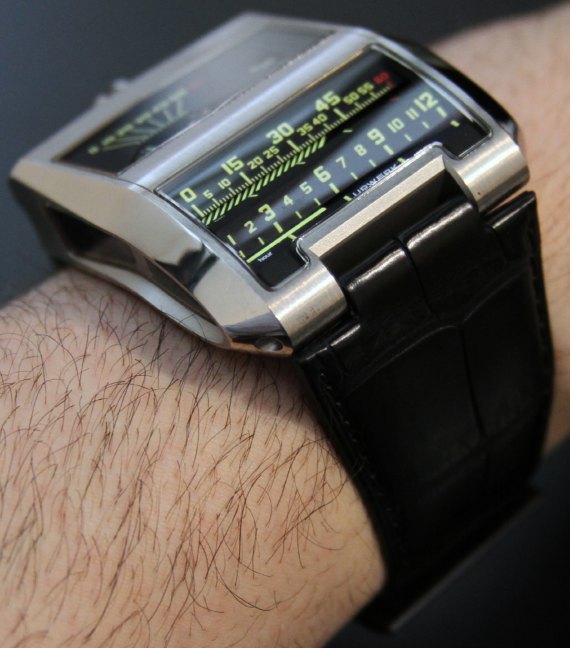 What you really have is a true luxury instrument. It is luxury in the sense excess and lack of necessity are luxurious, but it is a instrument all the same. Marginally useful, but it still has its uses. It is a toy for those who like expensive toys. No one looking for a “men’s accessory” is gonna pick up one of these. When I met with Urwerk I think they did tell me the price of the limited edition UR-CC1. To be honest I forgot the price, but at the same time it makes little different. In the healthy six figures, most people can’t afford the watch, and that pretty much sums it up. I love that Urwerk does this stuff and works hard to make their dreams real. True micro mechanical geniuses, they create amazing things – perhaps with intentional limited appeal. urwerk.com