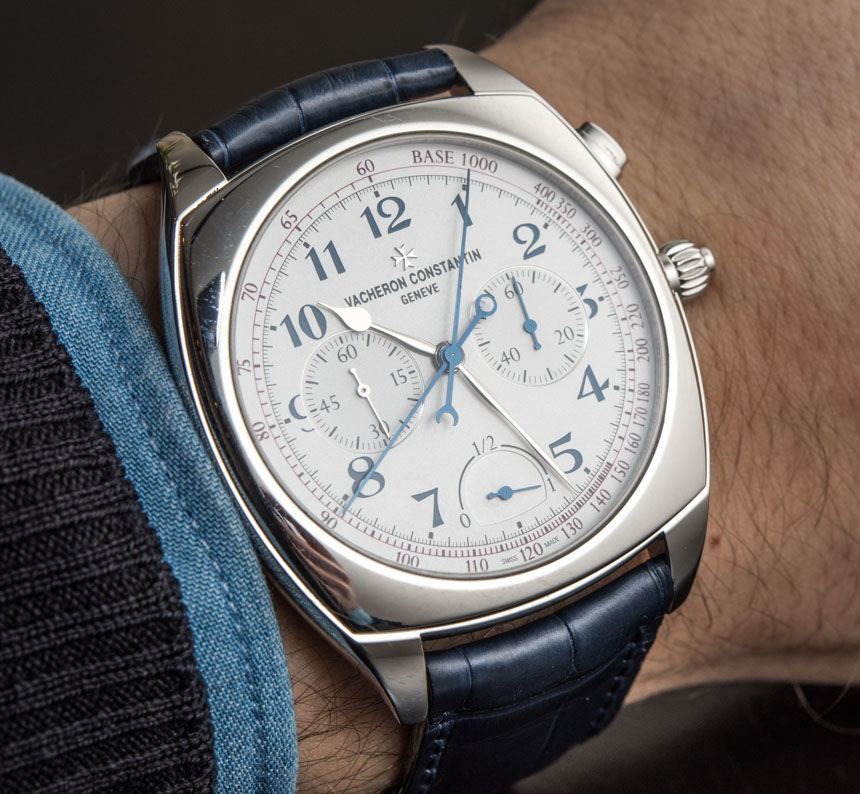 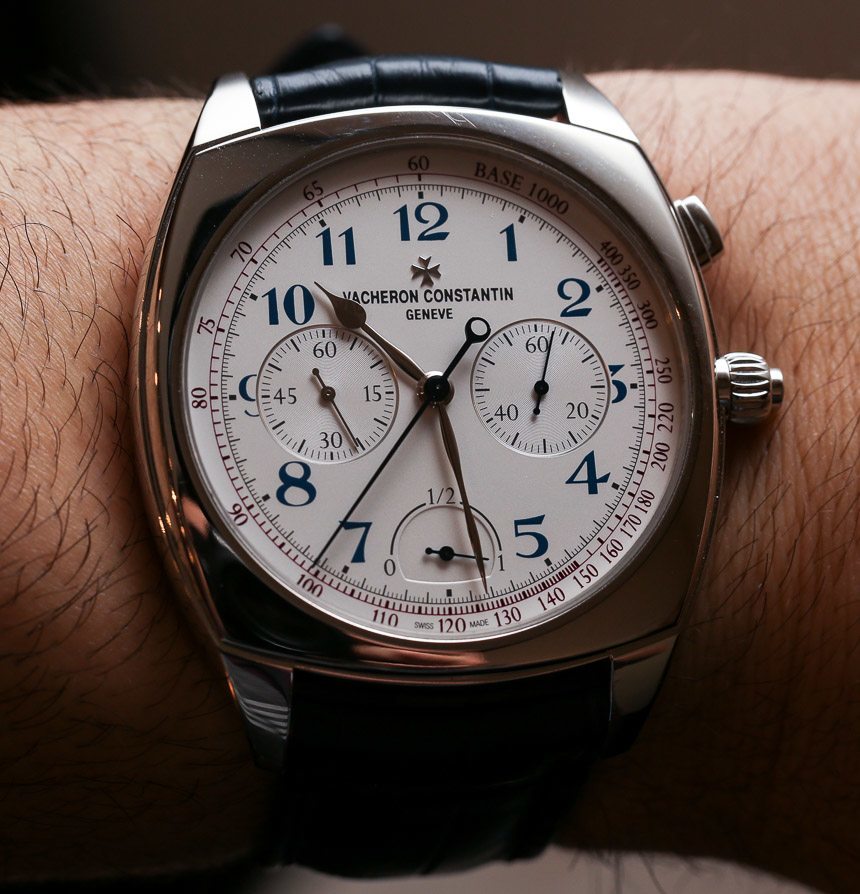 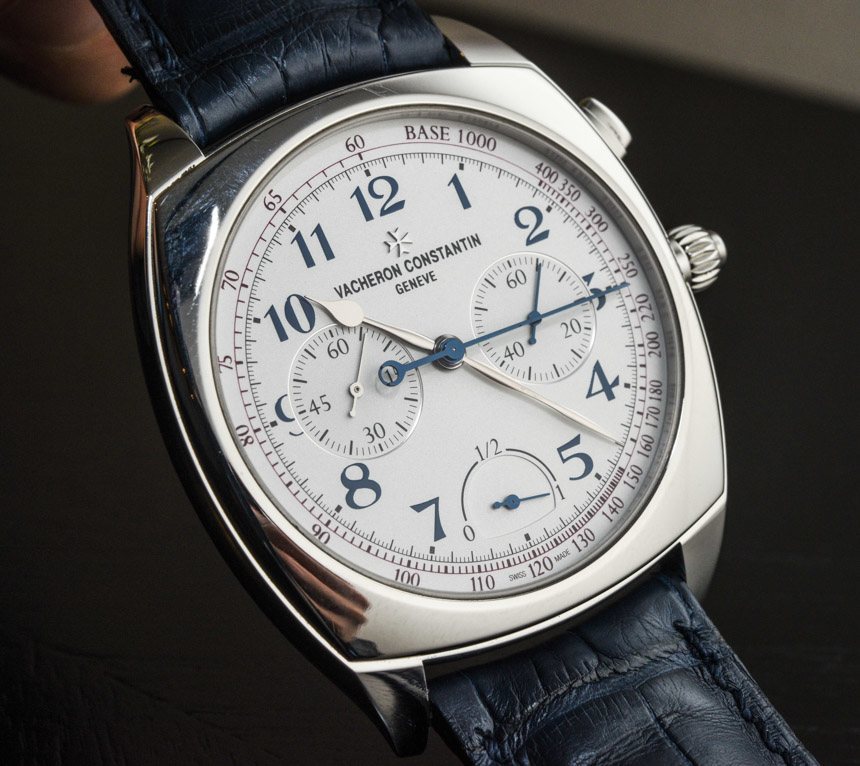 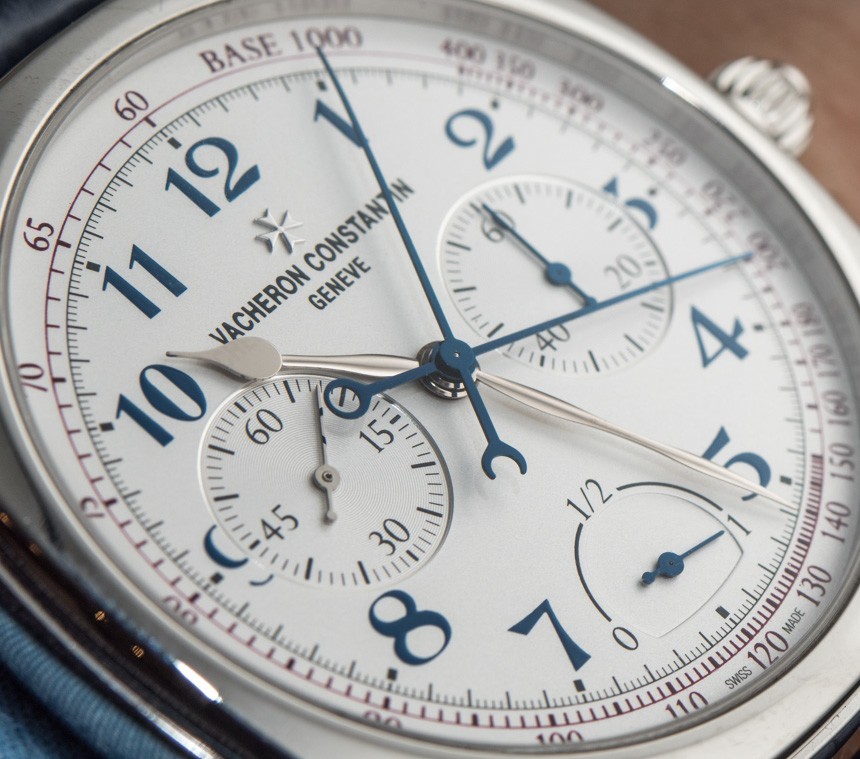 I also want to take issue with the “grande complication” part of the new highly limited edition watch’s name. I typically associate grand complication timepieces as those which have a bevy of complications in one timepiece such as a minute repeater, chronograph, and perpetual calendar. The Harmony Ultra-Thin Grande Complication Chronograph features the time, power reserve indicator, automatic winding, and a split second (rattrapante) chronograph. The assortment of these features is both impressive and satisfying, but hardly “grand” when compared to the amount of features other brands as well as Vacheron Constantin has been able to engineer into a single movement. OK, so some naming issues aside, let me go on to explain how this is one of the most impressive new watches presented at SIHH (and certainly priced accordingly). 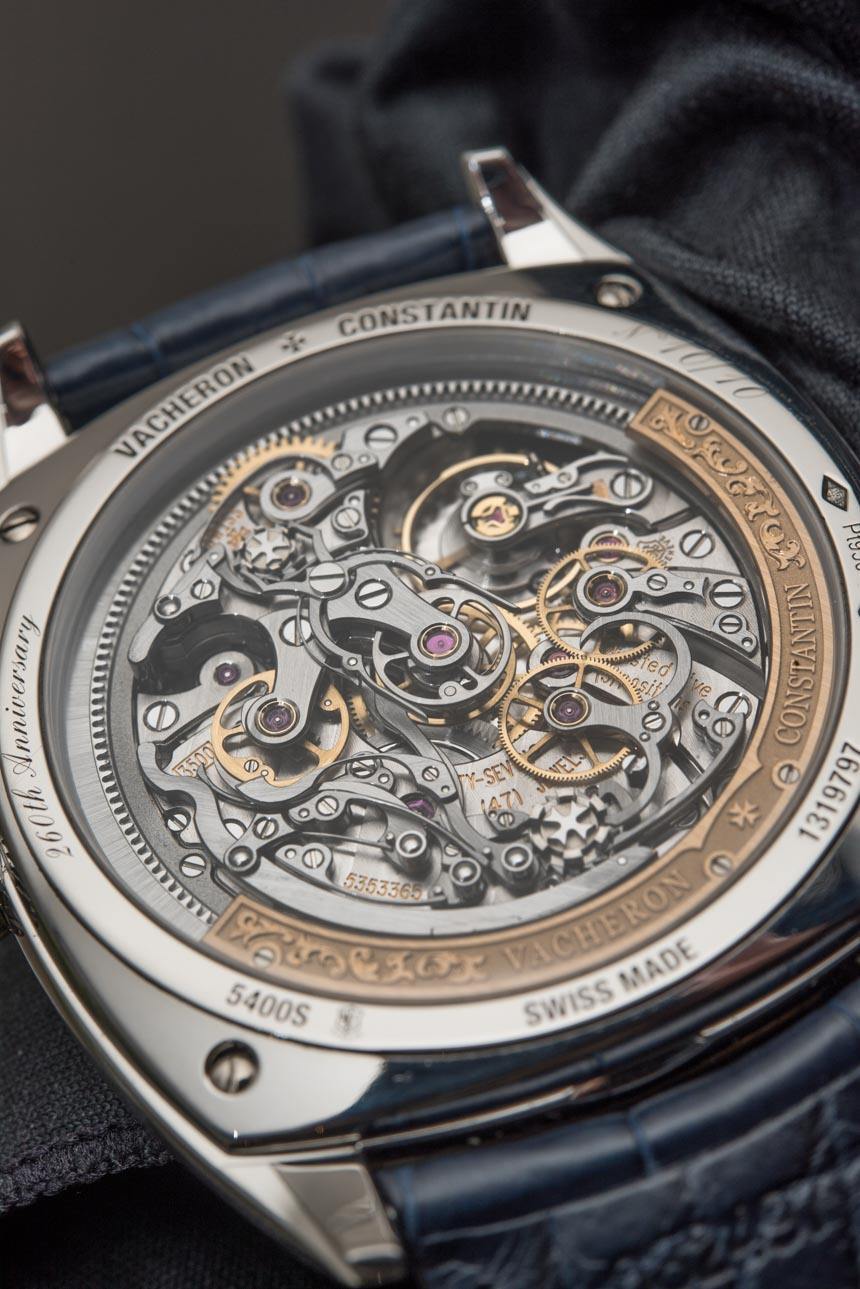 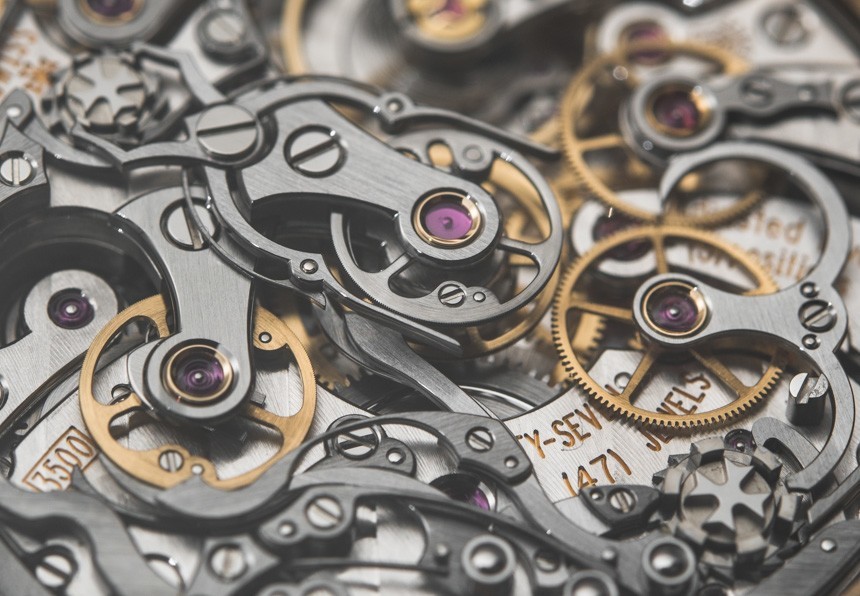 The cushion-shaped Harmony case for this model is 42mm wide and 8.4mm thick. Given the level of complexity, that does make the watch “ultra-thin.” The movement is the in-house made and brand new Vacheron Constantin Caliber 3500, which is really something cool. The first thing you’ll notice is the ultra high-end quality of finishing throughout the movement of the Vacheron Constantin Harmony Ultra-Thin Grande Complication Chronograph.

It is kind of amazing that the 459 parts of the Calibre 3500 make for a movement that is just 5.2mm thick. Making a thin chronograph is really tough, because it requires several cams, levers, and gears to be laid on top of each other – and, of course, including a split second chronograph complication is even more impressive. On top of that, the Calibre 3500 is an automatic, but with a peripheral rotor. Rotors of this ilk are fantastic and always a favorite of mine. While not technically new, I believe that the peripheral rotor made a serious comeback several years ago when Carl F. Bucherer debuted their in-house made A1000 automatic movement. More recently, we’ve seen some of the big boys of major horology use peripheral automatic rotors on their new movements. 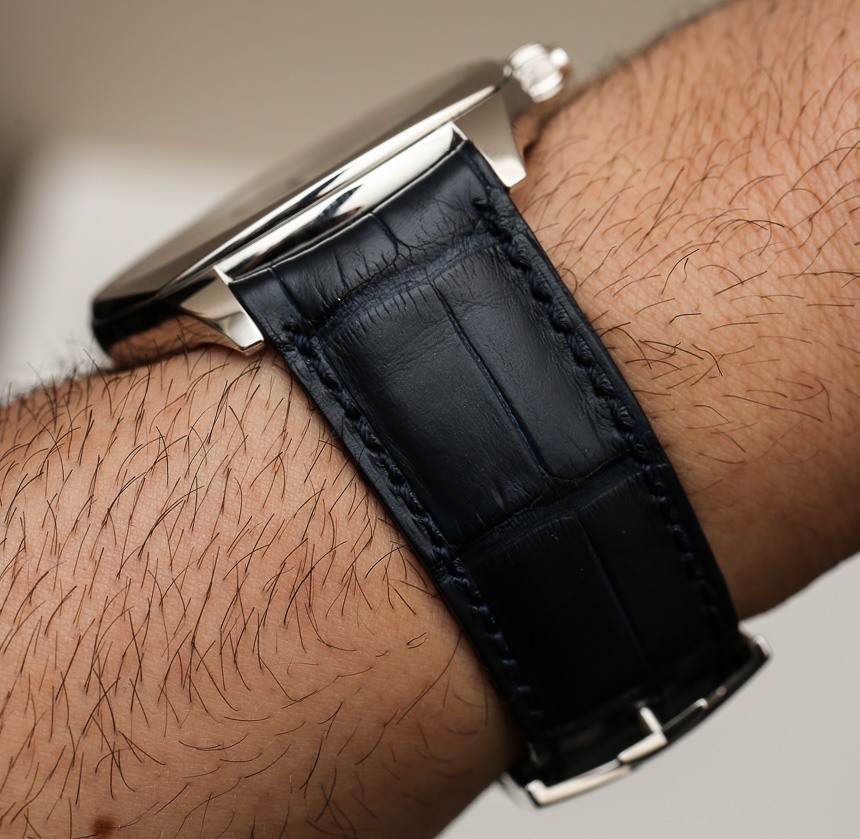 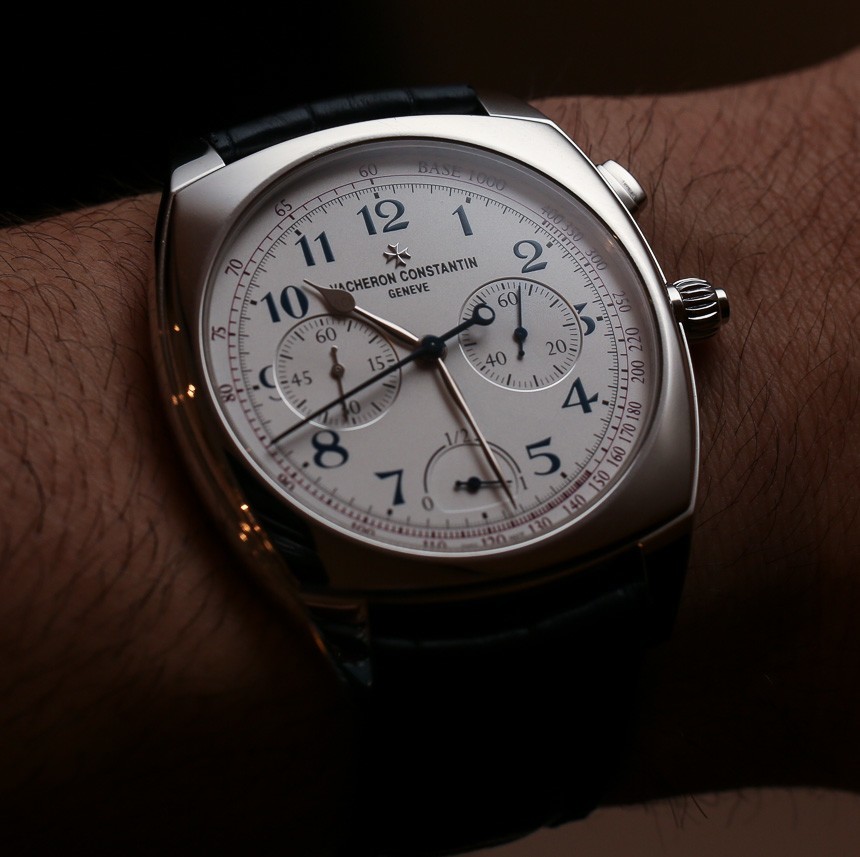 The point is to have the benefit of automatic winding without having to sacrifice a view of the movement. Often times, a peripheral rotor offers an even better viewing experience than a micro-rotor, as well as the added benefit of more mass moving on a larger periphery, making winding more efficient. Power reserve for the Calibre 3500 is promised to be 51 hours, and there is a power reserve indicator on the dial. You even have some lovely hand engraving on the automatic rotor, which is a nice touch, and the overall fit and finishing is very impressive.

Bearing the Seal of Geneva, Vacheron Constantin has apparently been working on the Caliber 3500 since 2008. It isn’t uncommon for new movements like this to require years of development. You’ll notice a very high level of refinement in operating the movement such as activating the chronograph or using the split seconds function. I don’t know that one needs to spend this much money for a refined chronograph, but at the least you won’t be disappointed with the Calibre 3500 if you are fortunate enough to be the owner of one. While it is a rather arbitrary anniversary, Vacheron Constantin further dedicates its 2015 novelties and new movements such as the Calibre 3500 for the brand’s 260th anniversary. 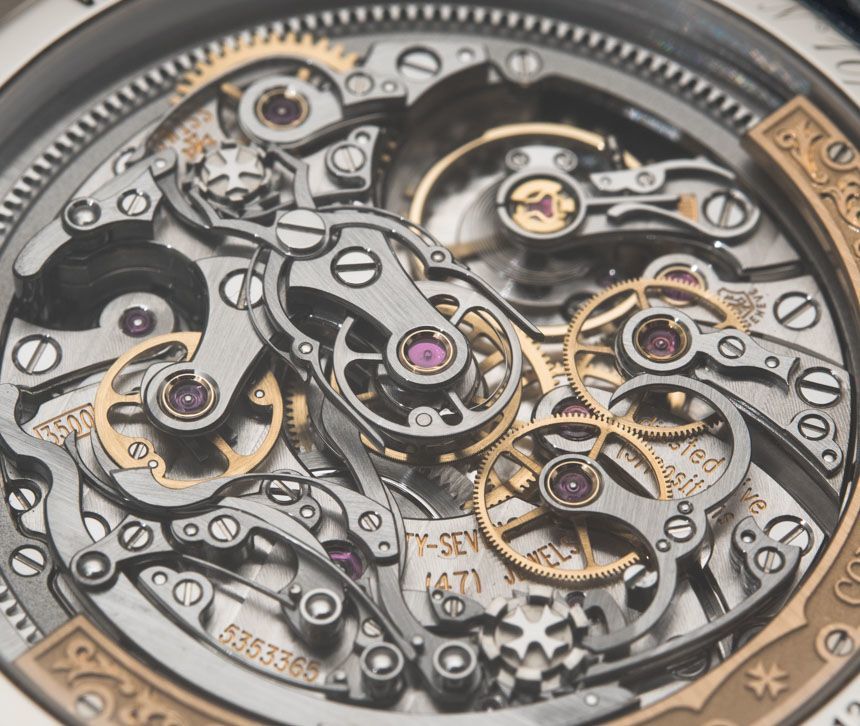 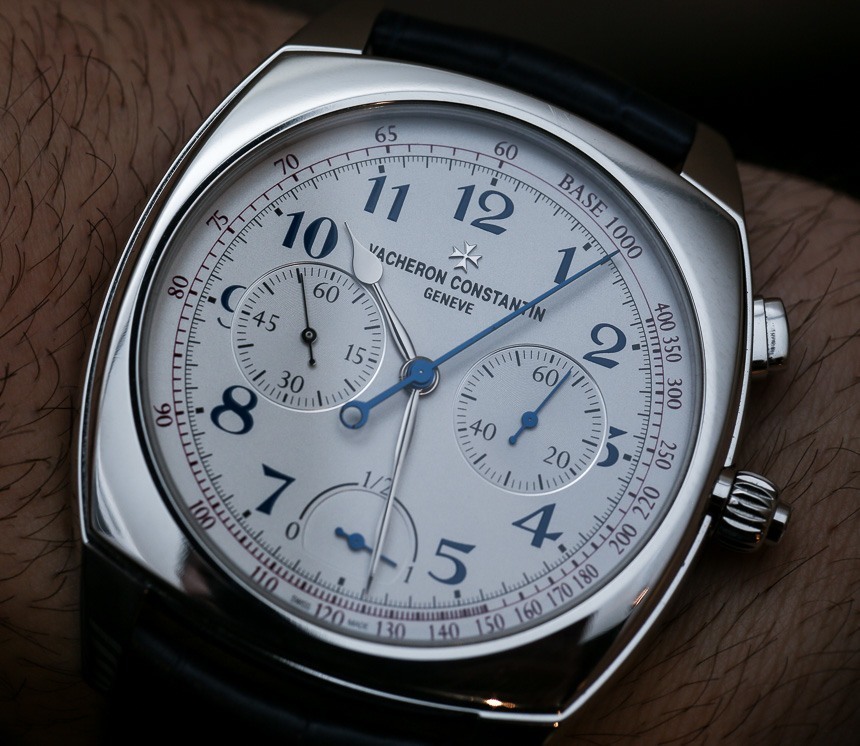 Fans of restraint will love the Vacheron Constantin Harmony Ultra-Thin Grande Complication Chronograph’s design. The ultra-traditional dial is a masterful as it is unremarkable. Detailing is impressive, but Vacheron Constantin isn’t trying to tread new ground with the aesthetics of the dial which are familiar yet a bit novel, given the new layout. While it doesn’t bother me, I know some people will be irritated by the fact that the chronograph subdials “cut off” the 3 and 9 o’clock hour markers. Note that the monopusher chronograph is operated by a pusher in the crown, while the top pusher is used to activate or rest the split seconds chronograph hand. 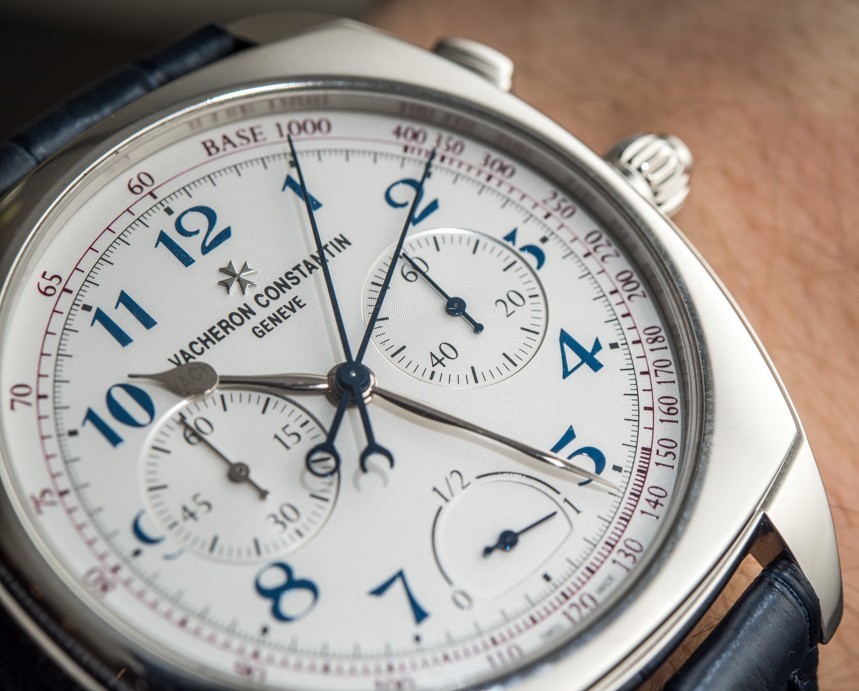 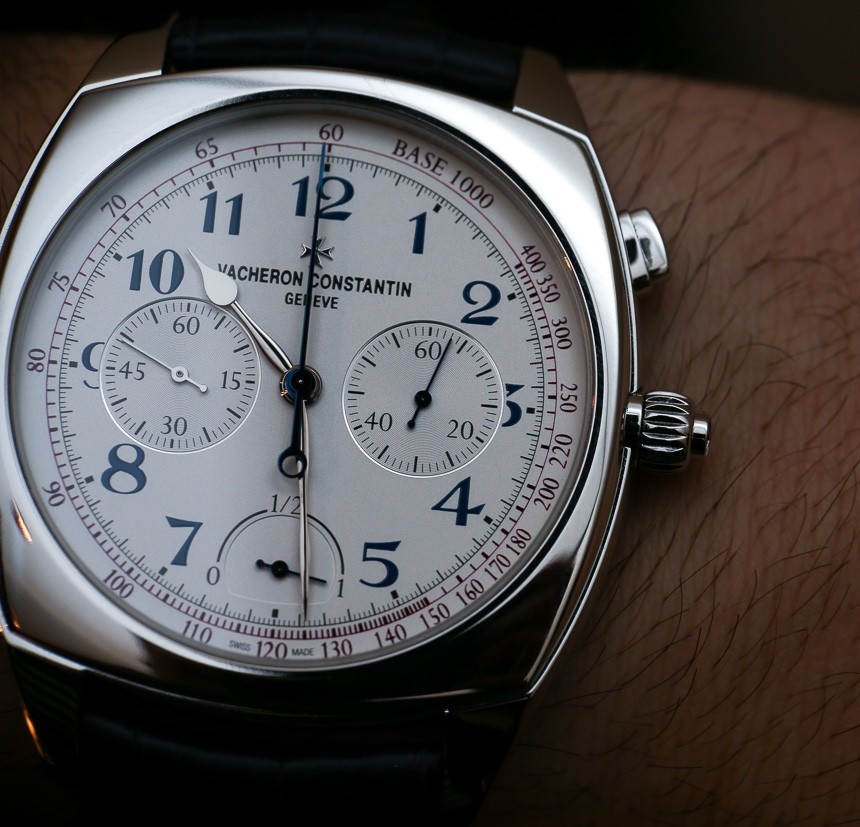 If you don’t already know what a split seconds chronograph is, allow me to briefly explain. Many consider the assembly of a split seconds chronograph to be even more challenging than a tourbillon or minute repeater. It might not involve as many parts, but it requires extreme precision and can be very challenging for even the most skilled watchmakers to put together. There is of course the more simple IWC split second chronograph system available in some watches that Richard Habring developed for them – which sits over a base Valjoux 7750 automatic movement – though it isn’t particularly thin or elegant. Still, if you want a split second chronograph “on the cheap,” there are a few options out there. 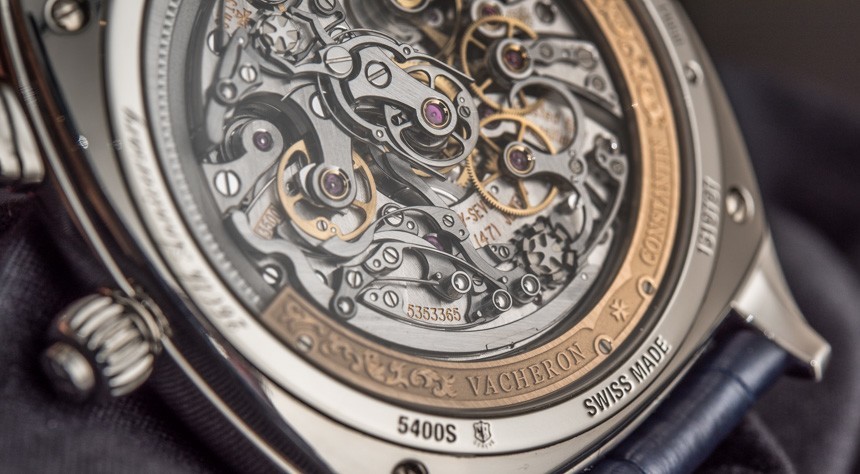 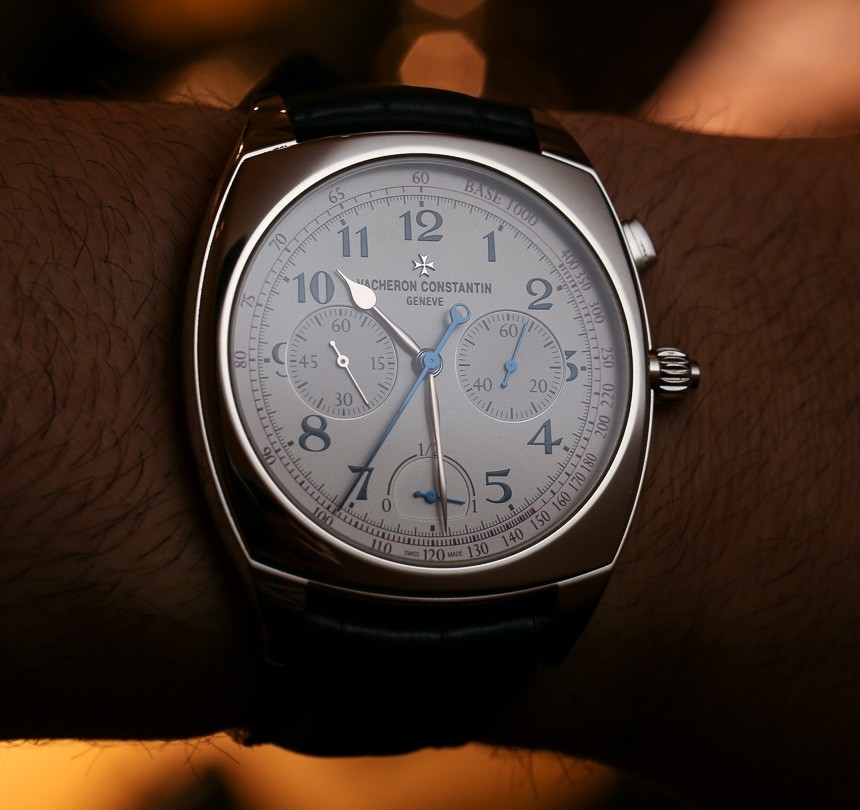 On the wrist, the Vacheron Constantin Harmony Ultra-Thin Grande Complication Chronograph watch looks especially good – even if you aren’t traditionally a fan of cushion-shaped watches. The 42mm wide case wears nice and big with its 52mm lug-to-lug length. Of course, other Harmony collection models are available in slightly smaller sizes than the Vacheron Constantin Harmony Ultra-Thin Grande Complication Chronograph. I wouldn’t call it a “casual” watch per say, but it does have a sportiness and boldness on the wrist that takes it out of the purely dress watch territory. The Harmony might benefit from a better name, but it is a surprisingly impressive new collection that I think has the ability to bring those people not typically into Vacheron Constantin into the brand. 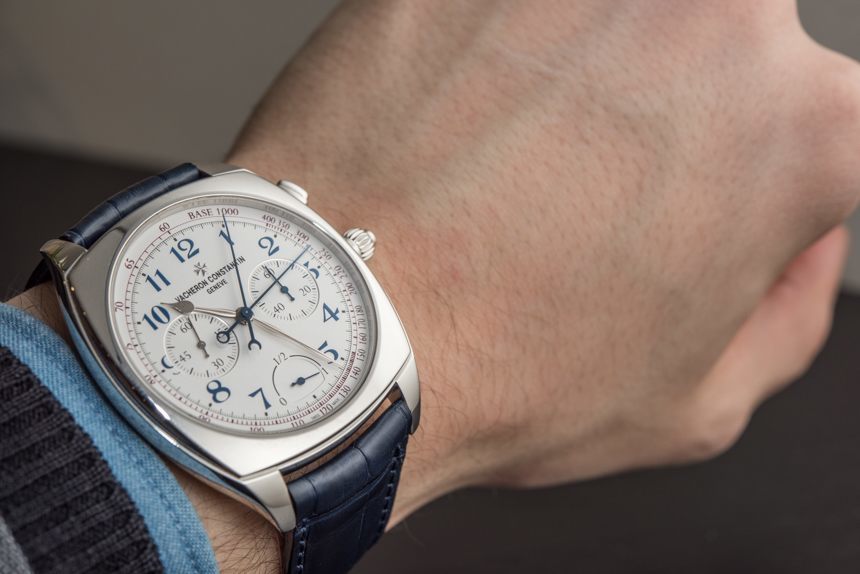 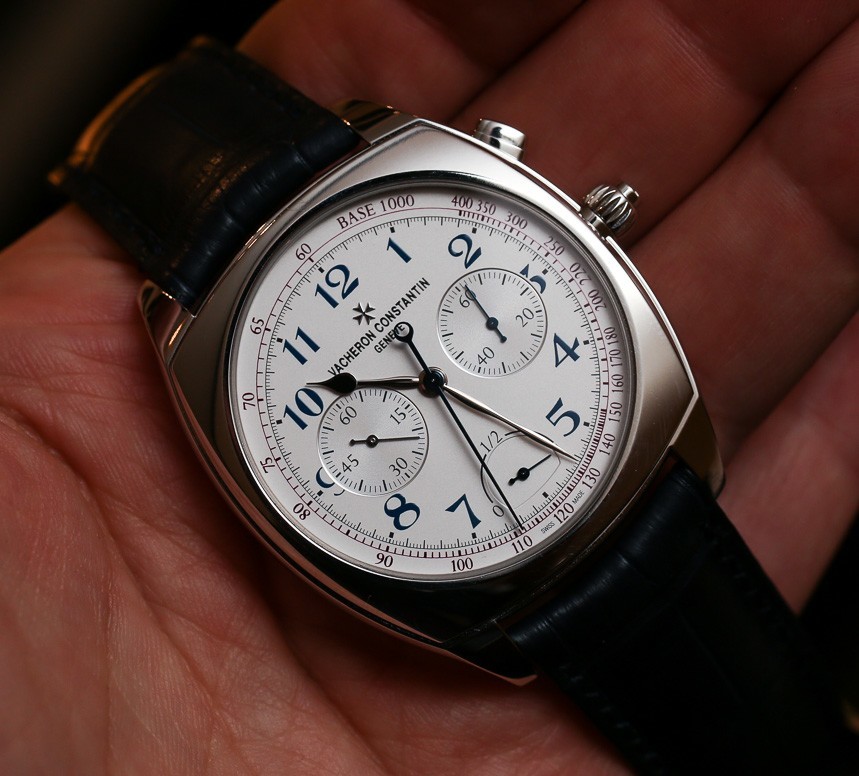 For the flagship model of Harmony’s debut year, the reference 5400S/000P-B057 Harmony Ultra-Thin Grande Complication Chronograph is limited to just 10 pieces in this platinum case matched to the blue alligator strap. For the money, you get a really nice box with an impressive loupe and letter signed by Vacheron Constatin’s CEO. Still, only the most dedicated of watch collectors will be eager to put down the $369,200 price of the Harmony Ultra-Thin Grande Complication Chronograph. vacheron-constantin.com