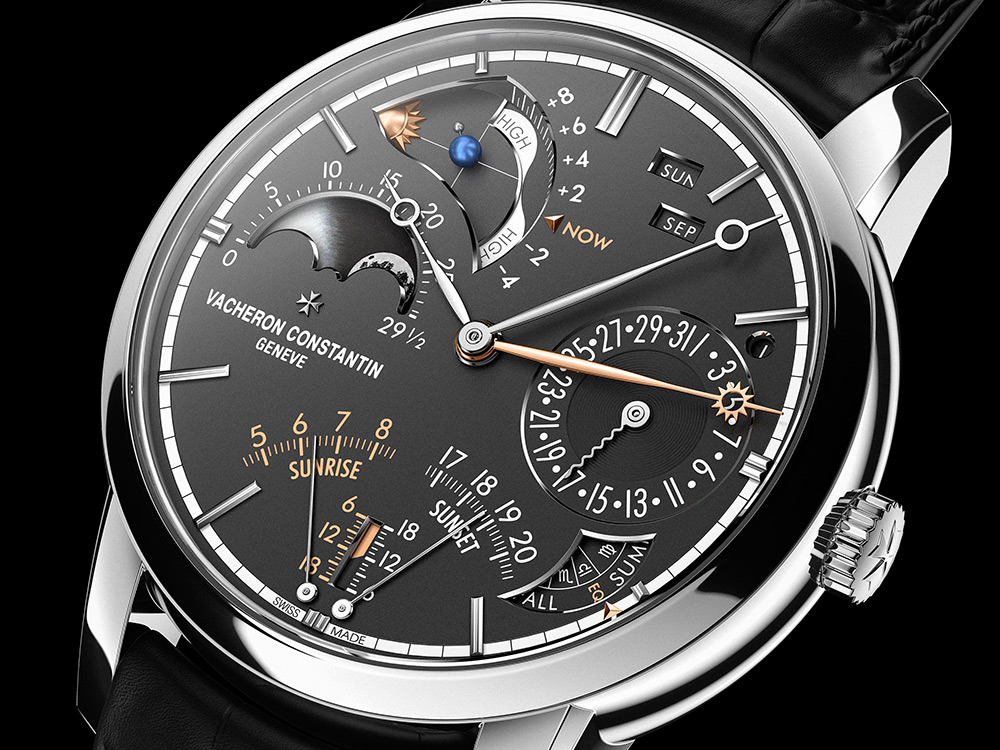 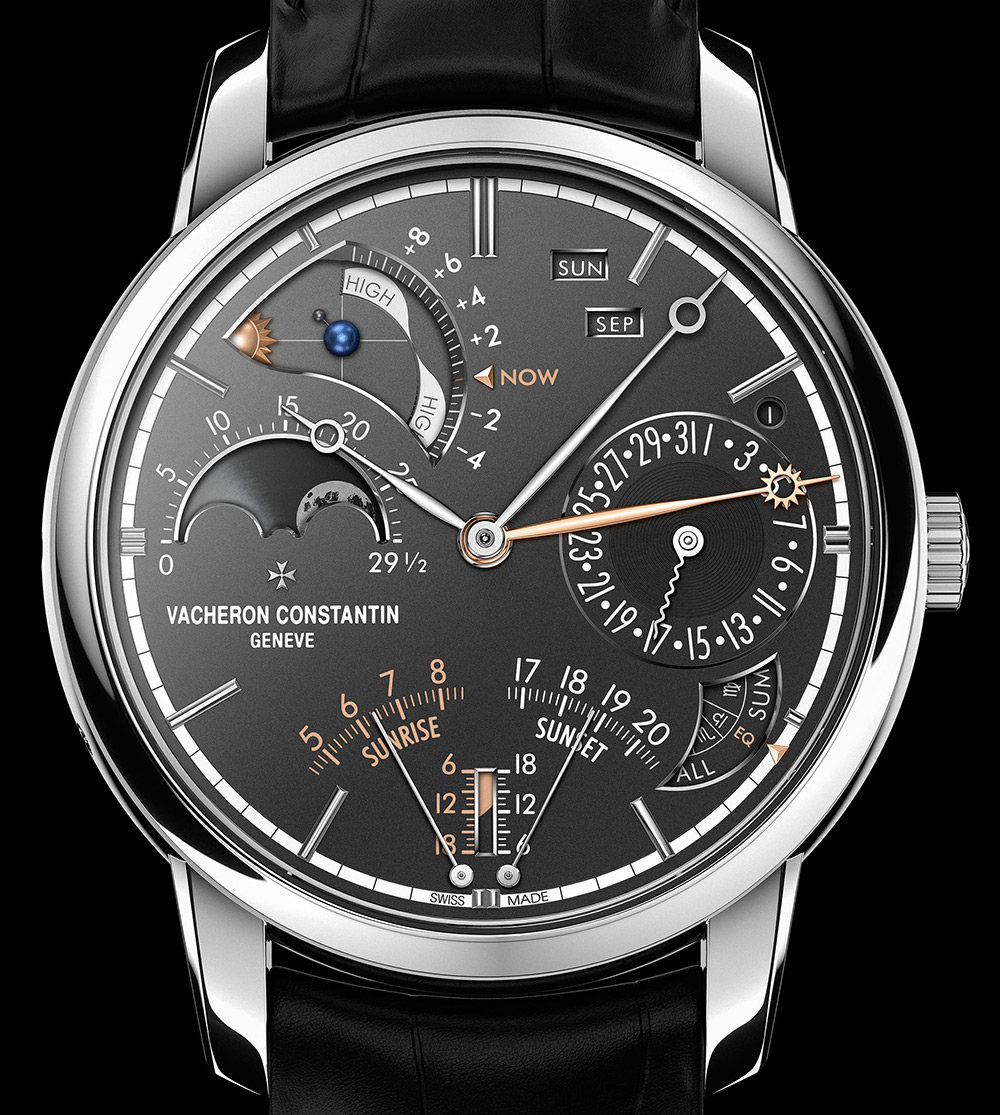 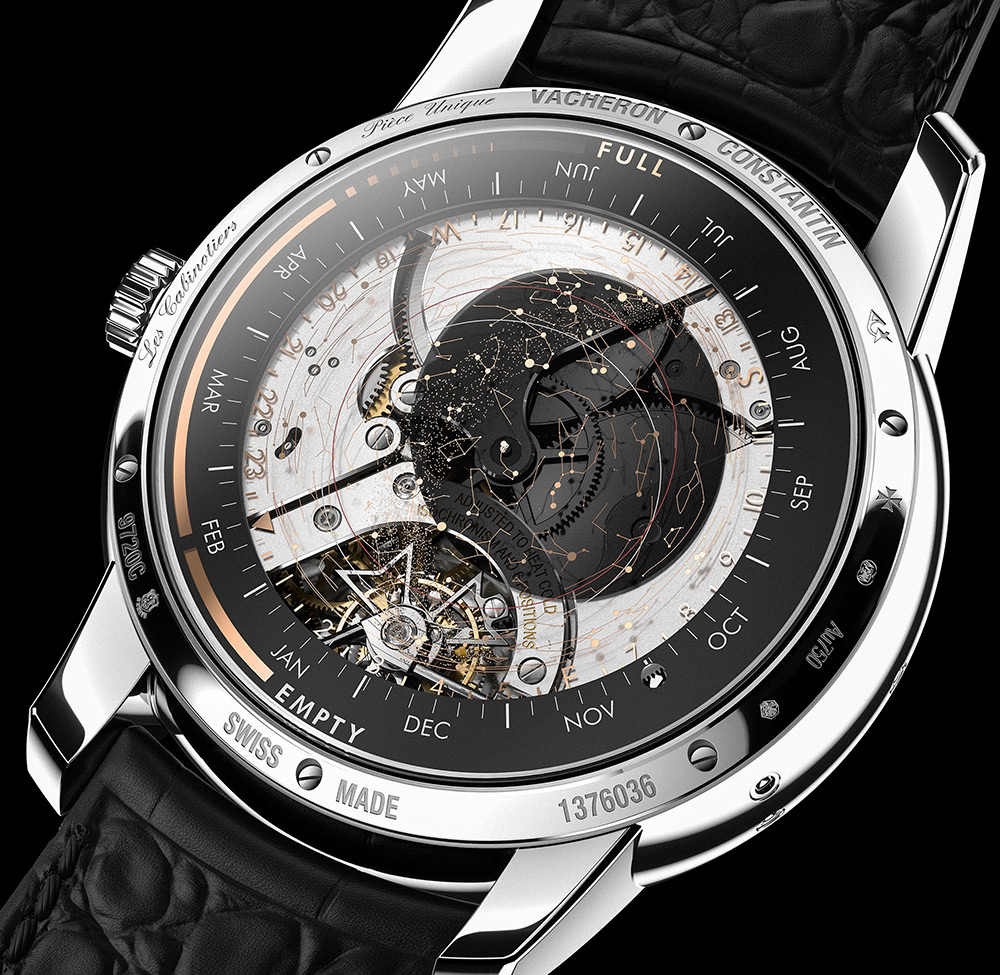 Unlike the Reference 57260 pocket watch which measured 98mm wide, 131.7mm tall, and 50.55mm thick, the Vacheron Constantin Les Cabinotiers Celestia Astronomical Grand Complication 3600 watch is 45mm wide and just 13.6mm thick. The caliber 3600 movement, composed of 514 components is 36mm wide and 8.7mm thick by itself. According to Vacheron Constantin, it took five years to develop and build the new Caliber 3600 movement which, in addition to successfully housing 23 complications, has six barrels providing 21 days (that’s three weeks) of power reserve. The manual-winding movement includes 64 jewels, as well. 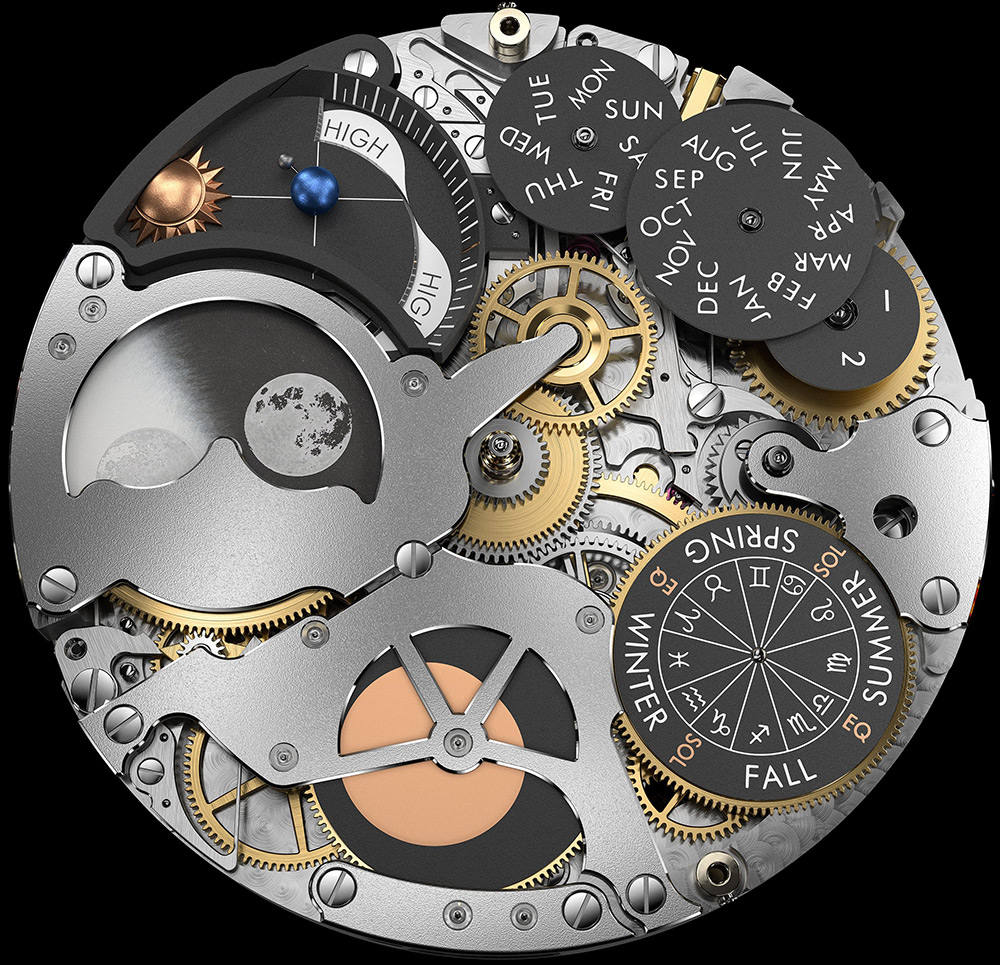 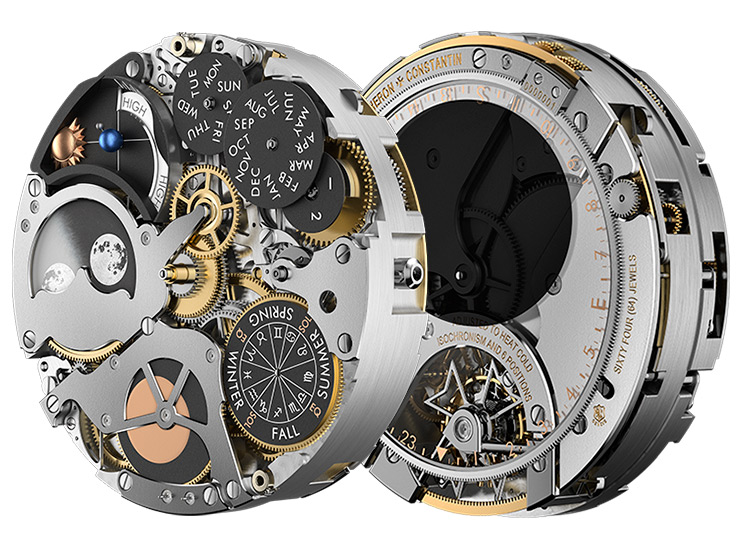 The watch itself is, as I previously mentioned, 45mm wide with an 18k white gold case. The case back reveals the Celestial Chart, with the words “Pièce unique” and “Les Cabinotiers” engraved on the sides. As for the front of the watch, the opaline slate gray dial is marked with 18k gold markers and hands. It’s easy to forget about things like the strap when you’ve got so much going on with the watch, but it comes on a Black Mississippiensis alligator leather strap with 18k white gold clasp. 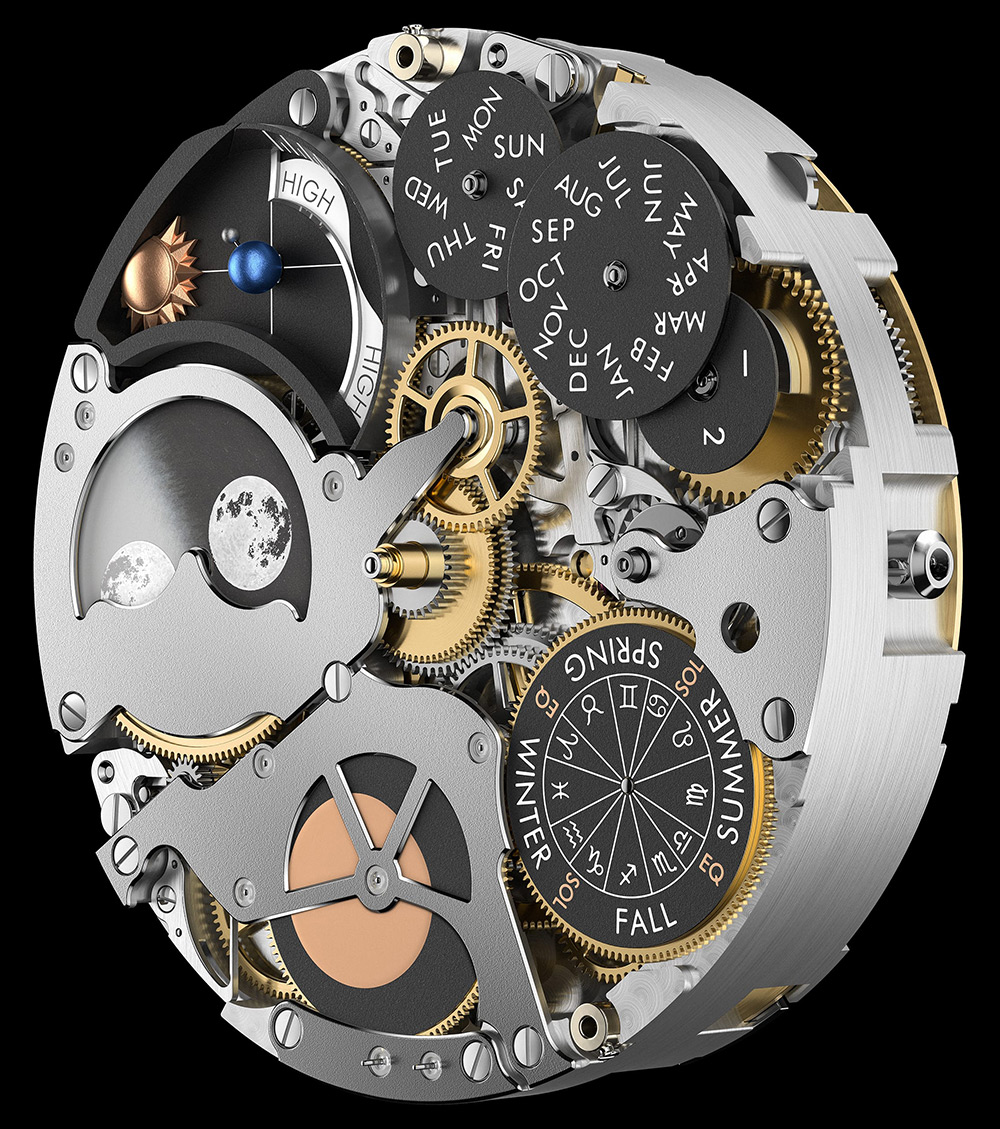 Defined here, “complication” is going to refer to anything beyond the hours, minutes, and seconds which make up simple timekeeping. Unless I am missing something (and given the SIHH schedule, I may very well be…), I do count 23 but with “3 weeks of power reserve (6 barrels” and “power reserve indicator” as two separate item lines. We’ll make sure to look into that and update you guys, but below is the full list of the complications. We’ll start with the complications you can see on the dial from the front: 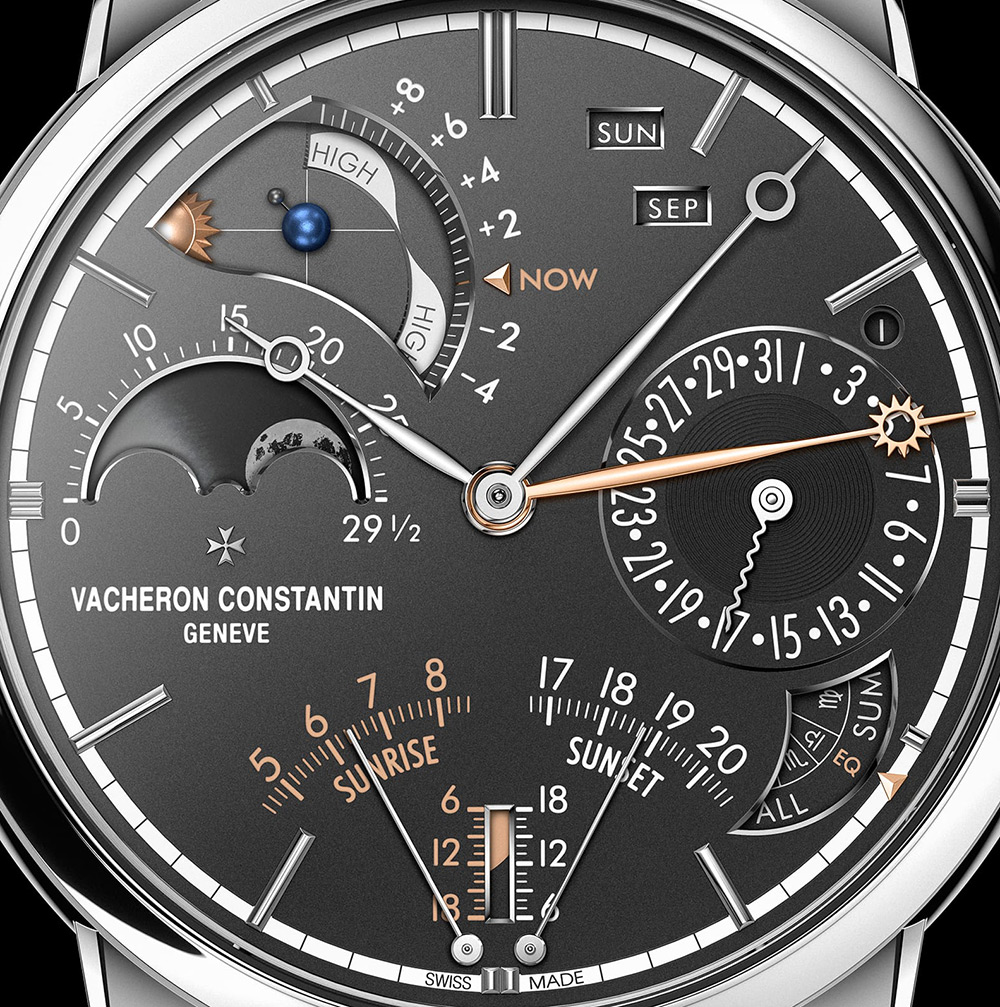 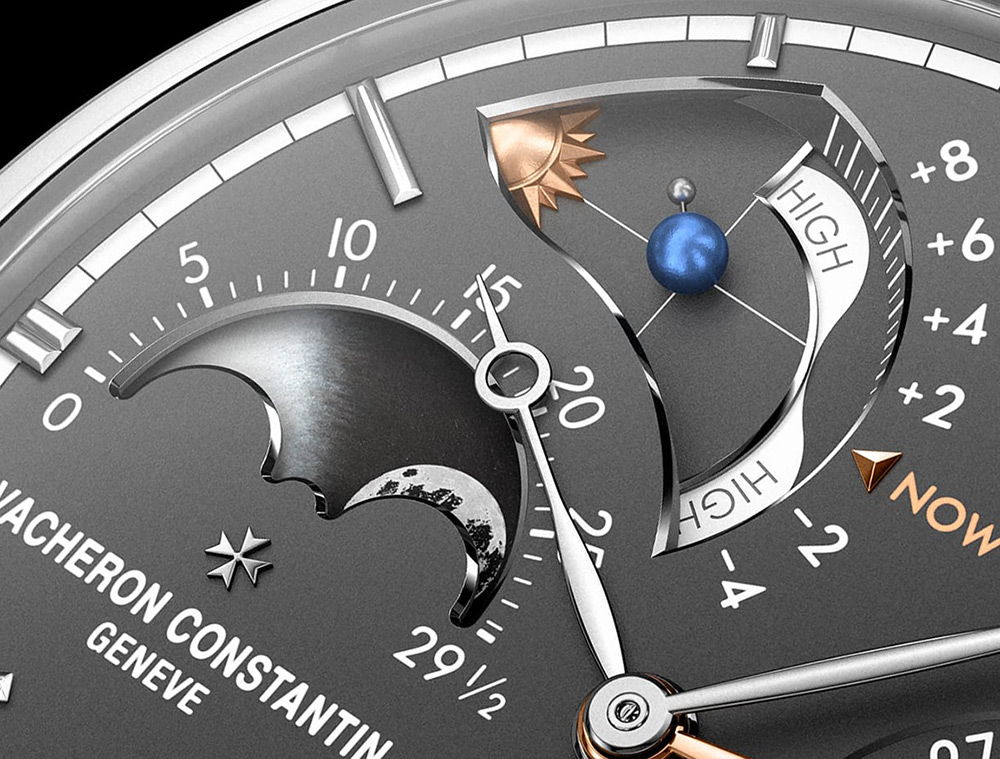 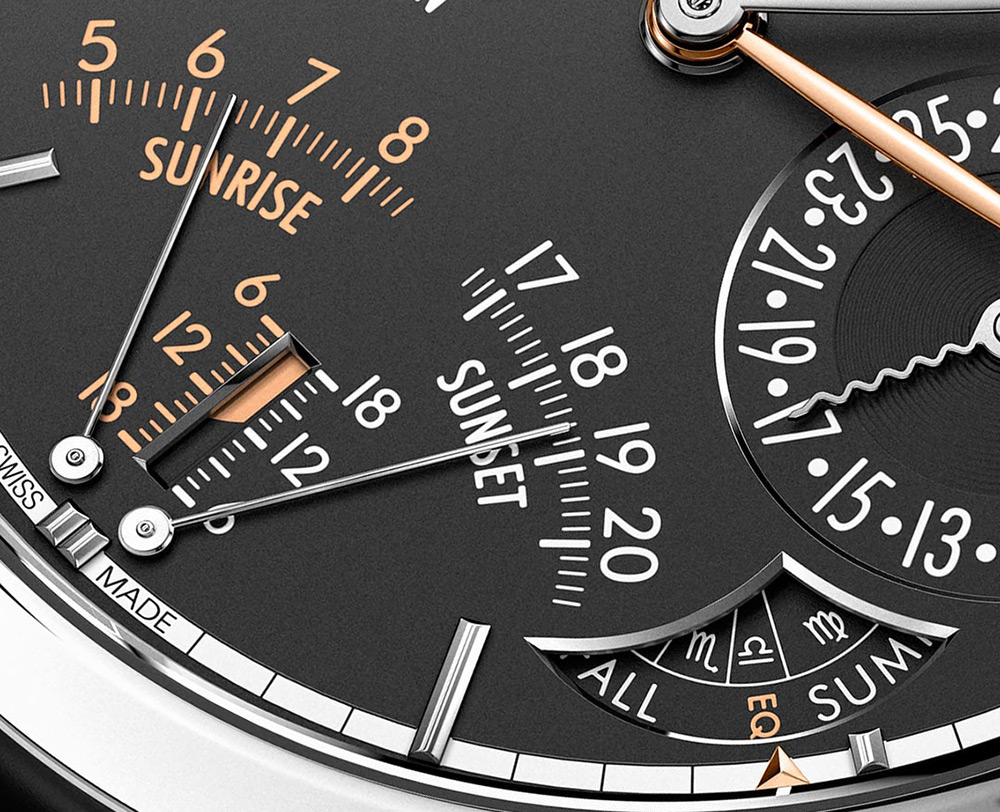 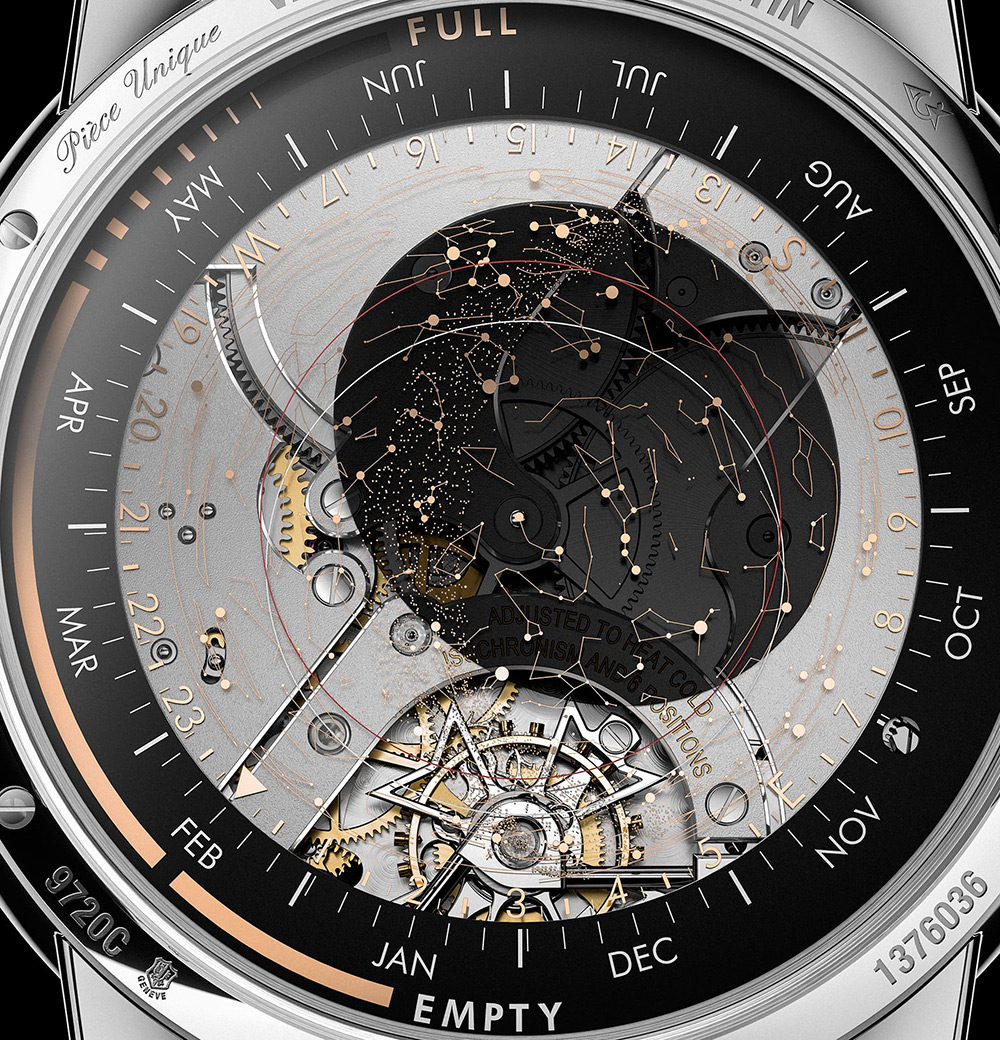 And once you turn it around to view the case back: 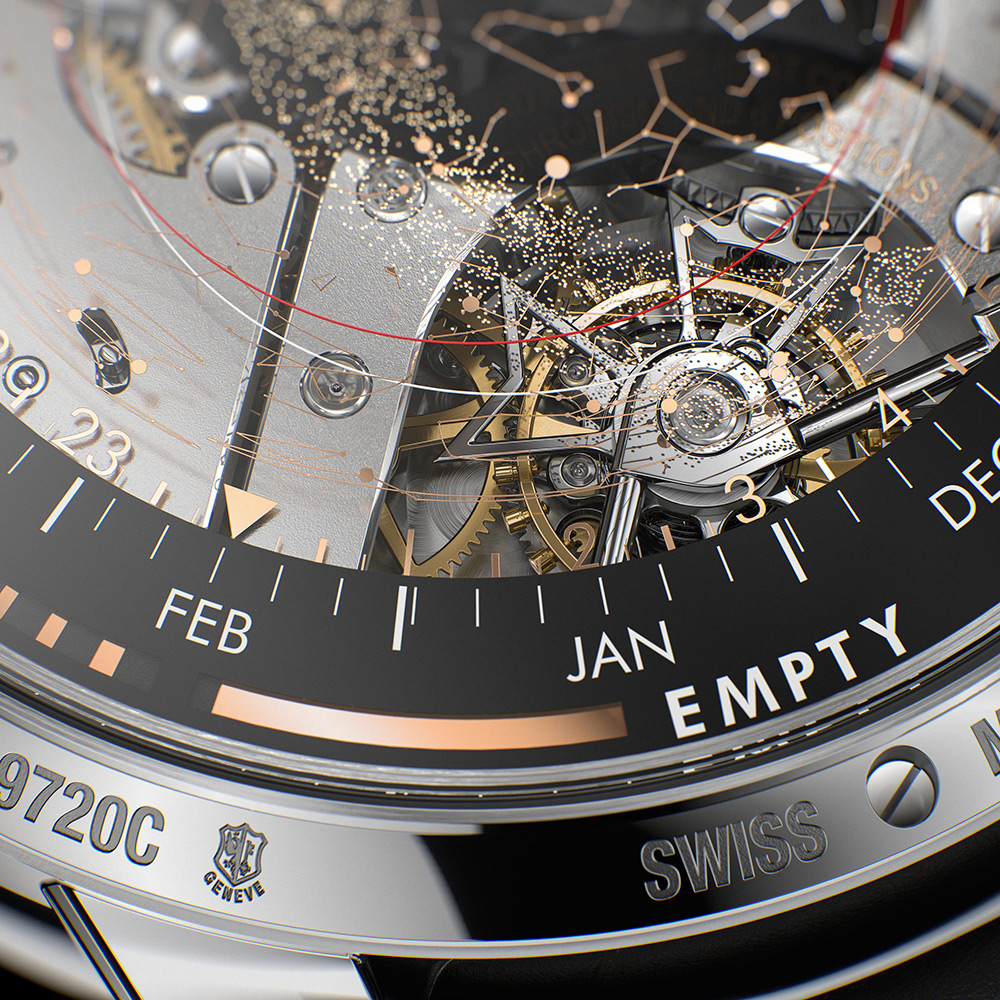