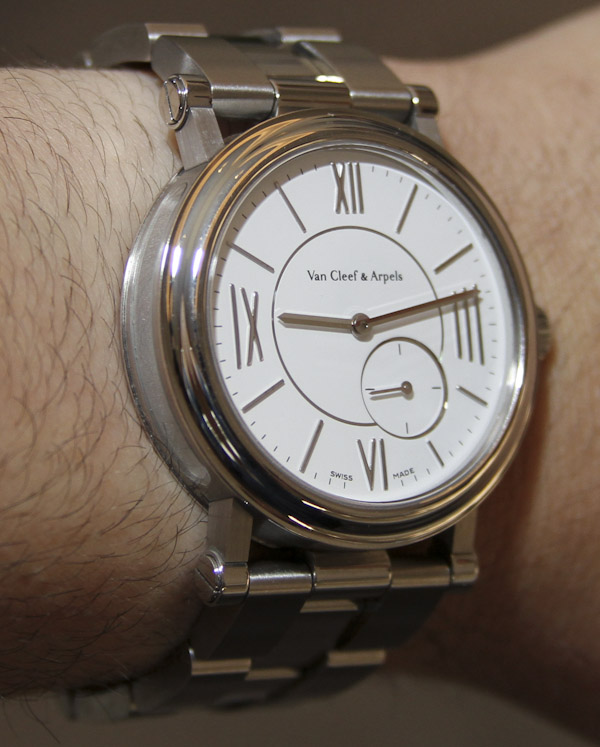 Released in about 2006, this is one of those rare Van Cleef & Arpels watches meant for men. Though I do believe moving forward the brand will focus on men’s pieces a bit more. The Latérale is named as such for a very cool little complication on the side of the watch where the power reserve is located. Here a “lateral” power reserve is placed where it is not only easy to see, but does not take up space on the dial.

So, who else has done this? A few people, but this is probably the least expensive timepiece I know that has this type of power reserve complication. The other watch I am thinking of that has one is the Jean Dunand Tourbillon Orbital. According to Van Cleef & Arpels, they are very proud to have worked with (none other than) Jean-Marc Wiederrecht in the creation of this complication. 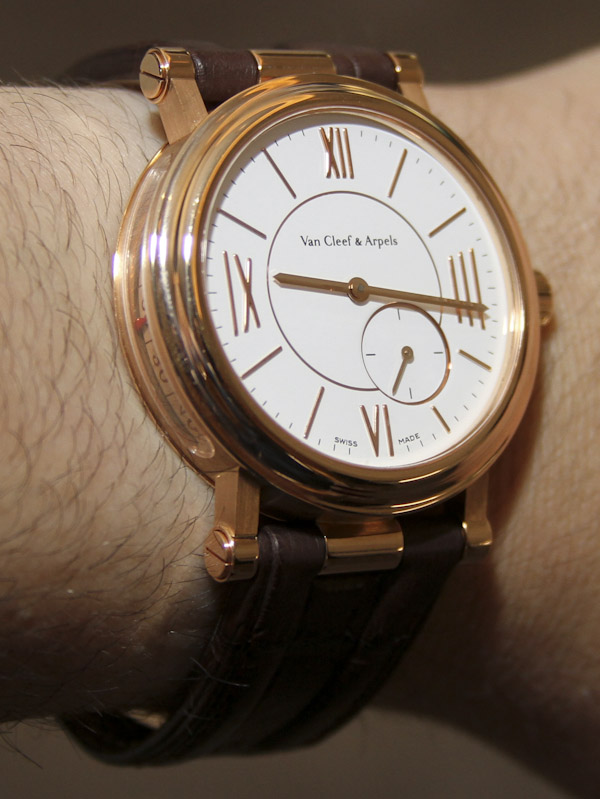 The movement itself is manually wound with about 40 hours of power reserve. I typically prefer not to have manually-wound movements but when combined with a slick power reserve indicator, they can be fun. Just a slight tilt of the wrist and you can see just how much you need to wind the crown to “fill the tank.” Having said that, it is often a good idea not to have the mainspring fully wound as this can affect rate results.

On the dial, the watch has just the time with an off-centered subsidiary seconds dial. The look is clean and crisp in Van Cleef’s typical Parisian style. This is a polished, designer look that has this conservative watch not feeling boring. A lot of that has to do with the case that is not at all simple looking. With a range of curves and polishes, this masculine looking case is more stately than it is aggressive. The thick center lug structure really helps with that, as do the large screws at the ends of the lugs.

The overall design of the watch is based on the brand’s classic piece called the Pierre Arpels watch – but this is a more modern and interesting version of that look. The case is 40mm wide, but feels large given it’s high profile. Still, a medium-sized watch when seen in context. The case is water-resistant to 30 meters and has a sapphire crystal. 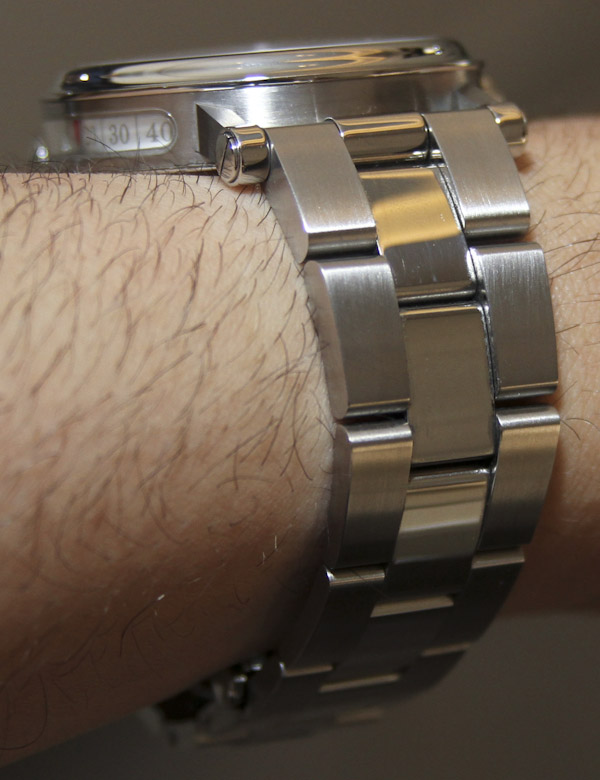 Aside from having no lume, the dial is easy to read and clear. The decorative elements are minimal, but appreciated, and quality is overall very good. The case is available in steel as well as 18k rose gold. I believe only white dials are available, but you can get one with a black or brown alligator strap. A demure and reserved men’s watch, this one has a lot of style and functionality that really helps separate it from the crowd. I believe the price in steel is in the $7,000 range.