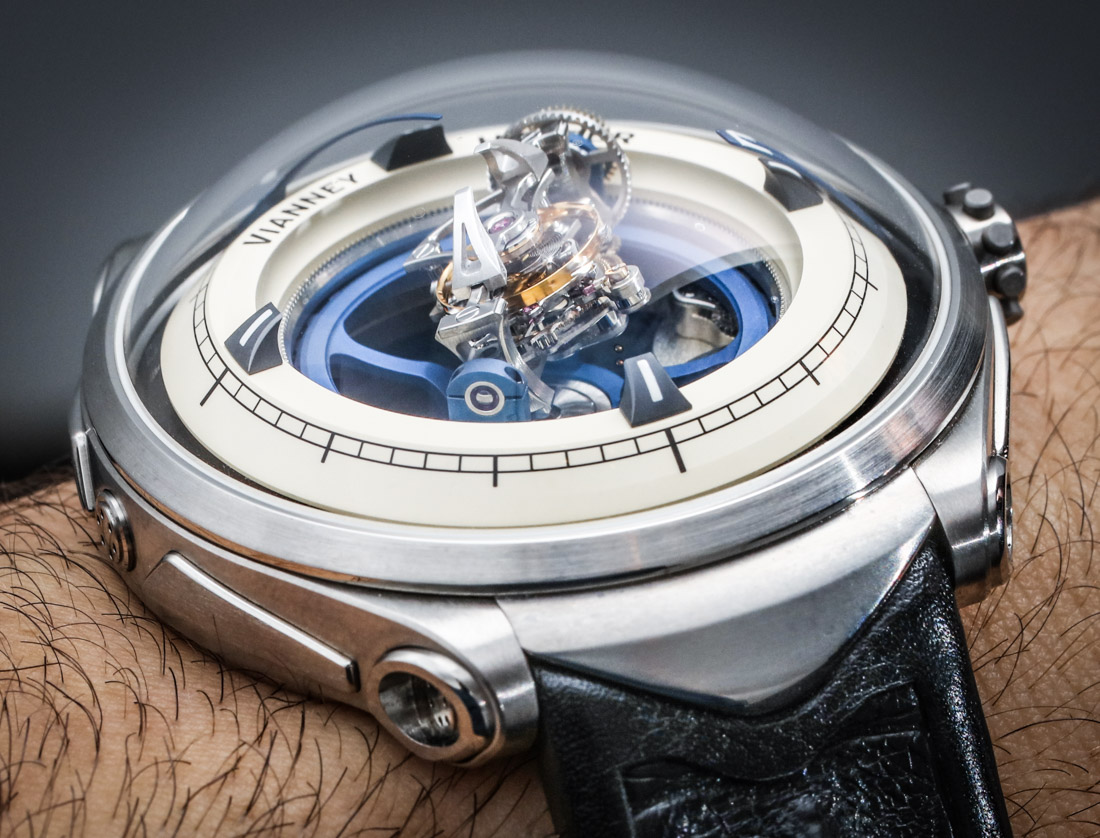 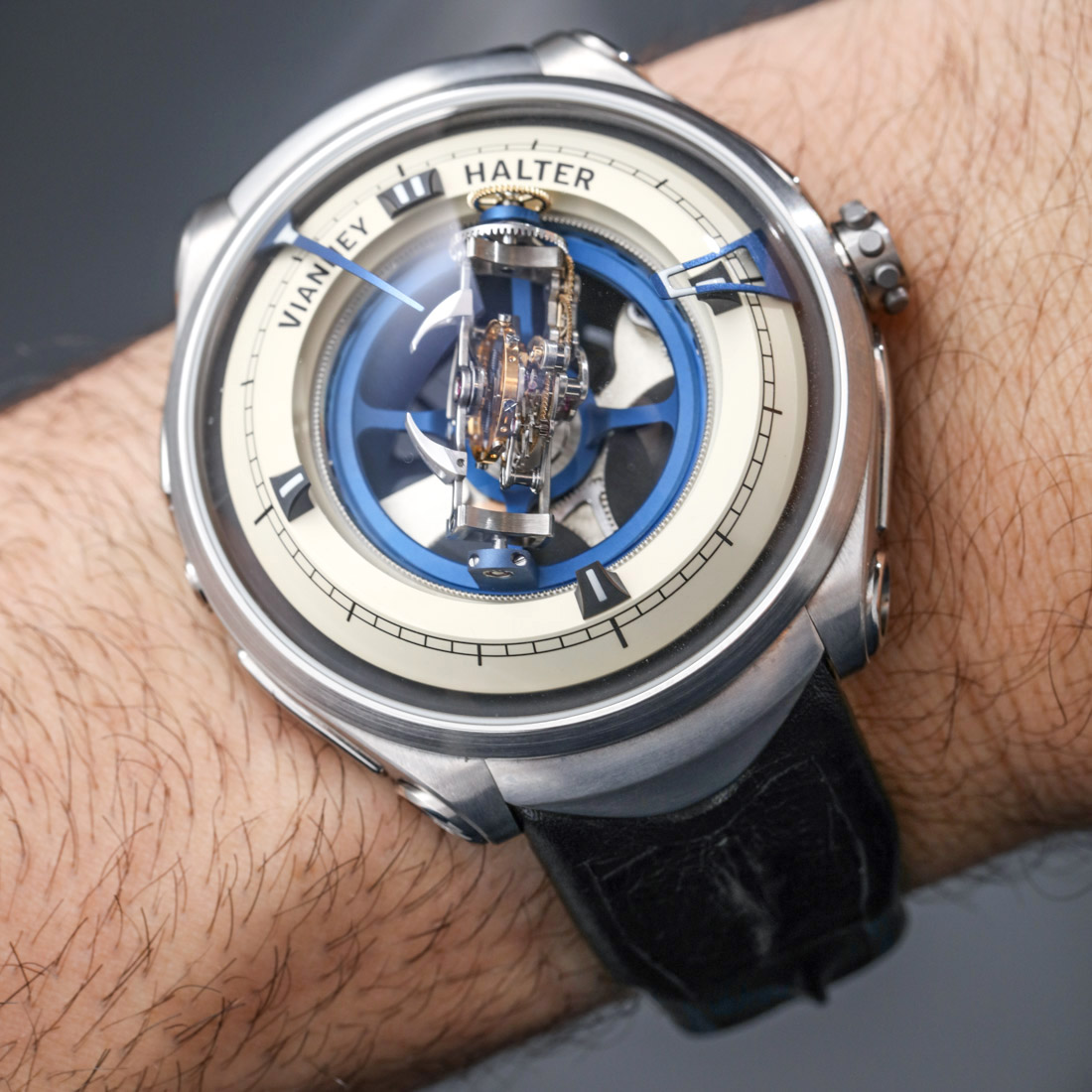 It took me several years to finally track down a Vianney Halter Deep Space Tourbillon watch to check out hands-on. My opportunity came only after seeing the man himself wearing it. It was back in 2013 when Vianney Halter released this science-fiction-themed über-gizmo that playfully combined traditional haute horology with modern themes in a way that was still elegant (i.e., does not turn off women). Vianney Halter himself is a lively chap, but is perhaps too much of a traditional watchmaker for his own good. Years of being mostly a one-man operation has limited his bandwidth, and in 2013 the Deep Space Tourbillon was the first new watch Vianney had presented in a while. 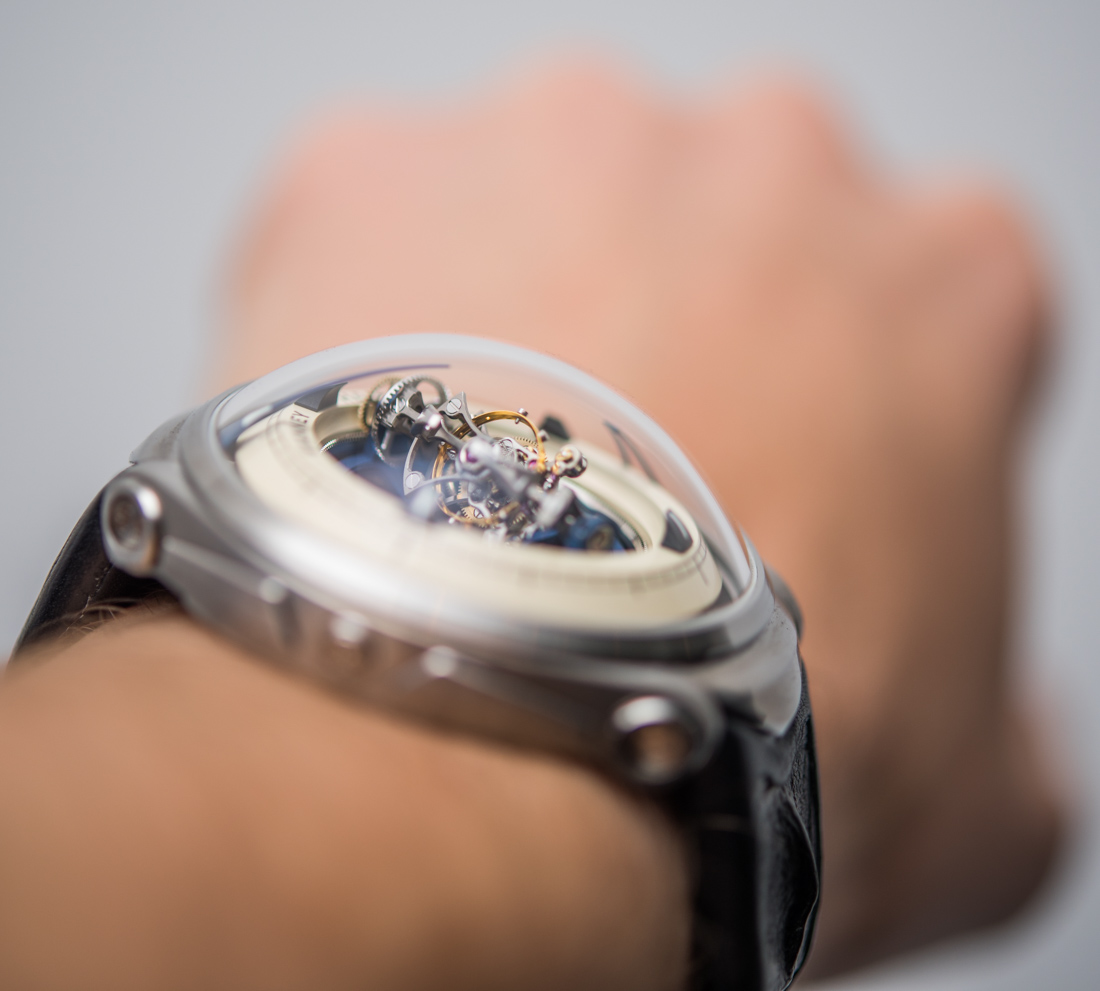 Halter perhaps made a wise decision to stay relatively low-profile over the last decade or so. His keen inventiveness and sense of design likely made his name and personality an acquisition target by speculative investors. Being associated with the Harry Winston Opus project and designing the poster-child of high-end steampunk watches (the Antiqua) might have made expanding the Vianney Halter brand worthwhile. No doubt, some people tried. However, doing so is risky business for watchmakers who aren’t business-minded, and Vianney admittedly probably fits that description. He was perhaps smart to avoid losing the rights to his own name, as well as the direction of his vision. It is true that his vision has been limited, but at least it is his. 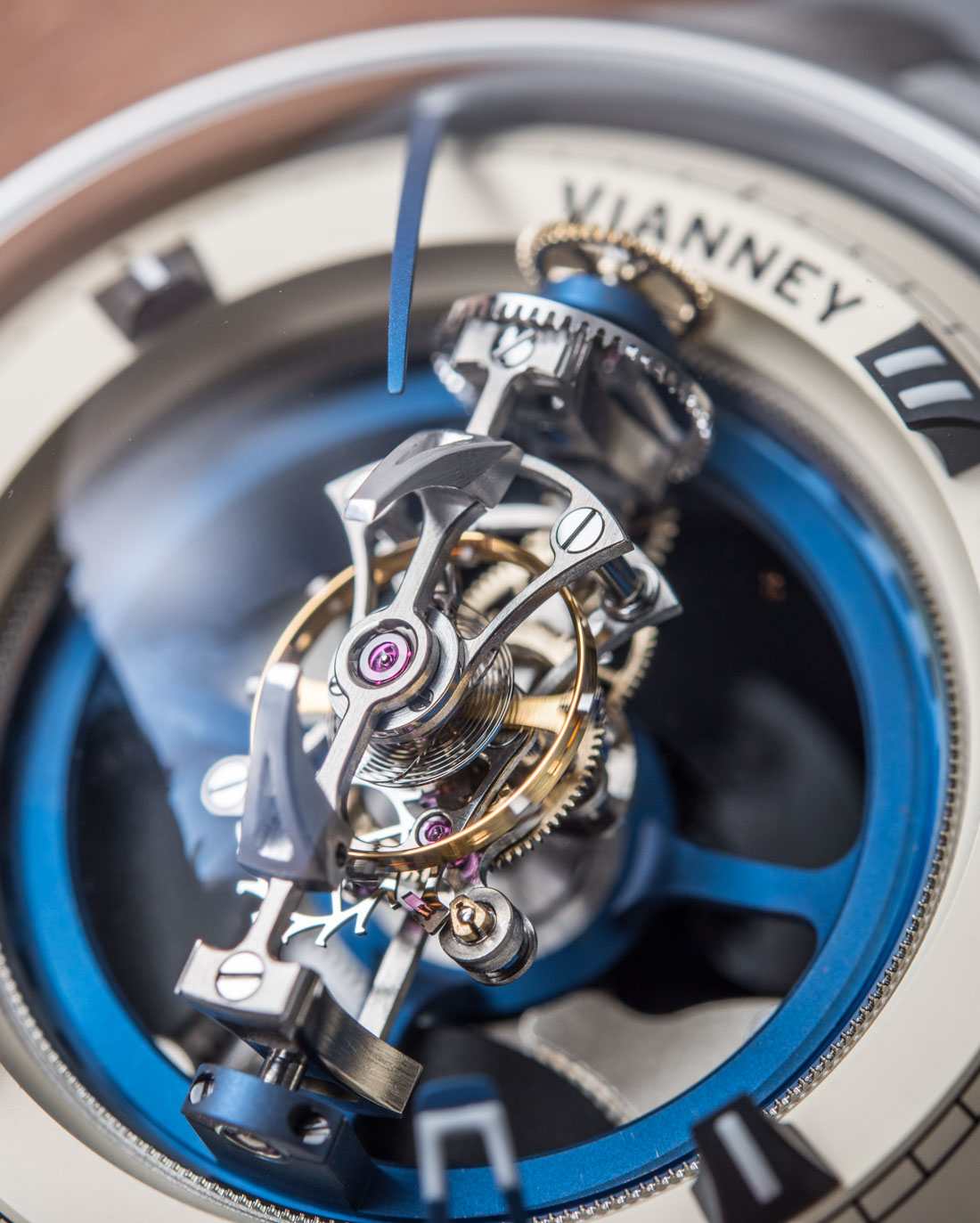 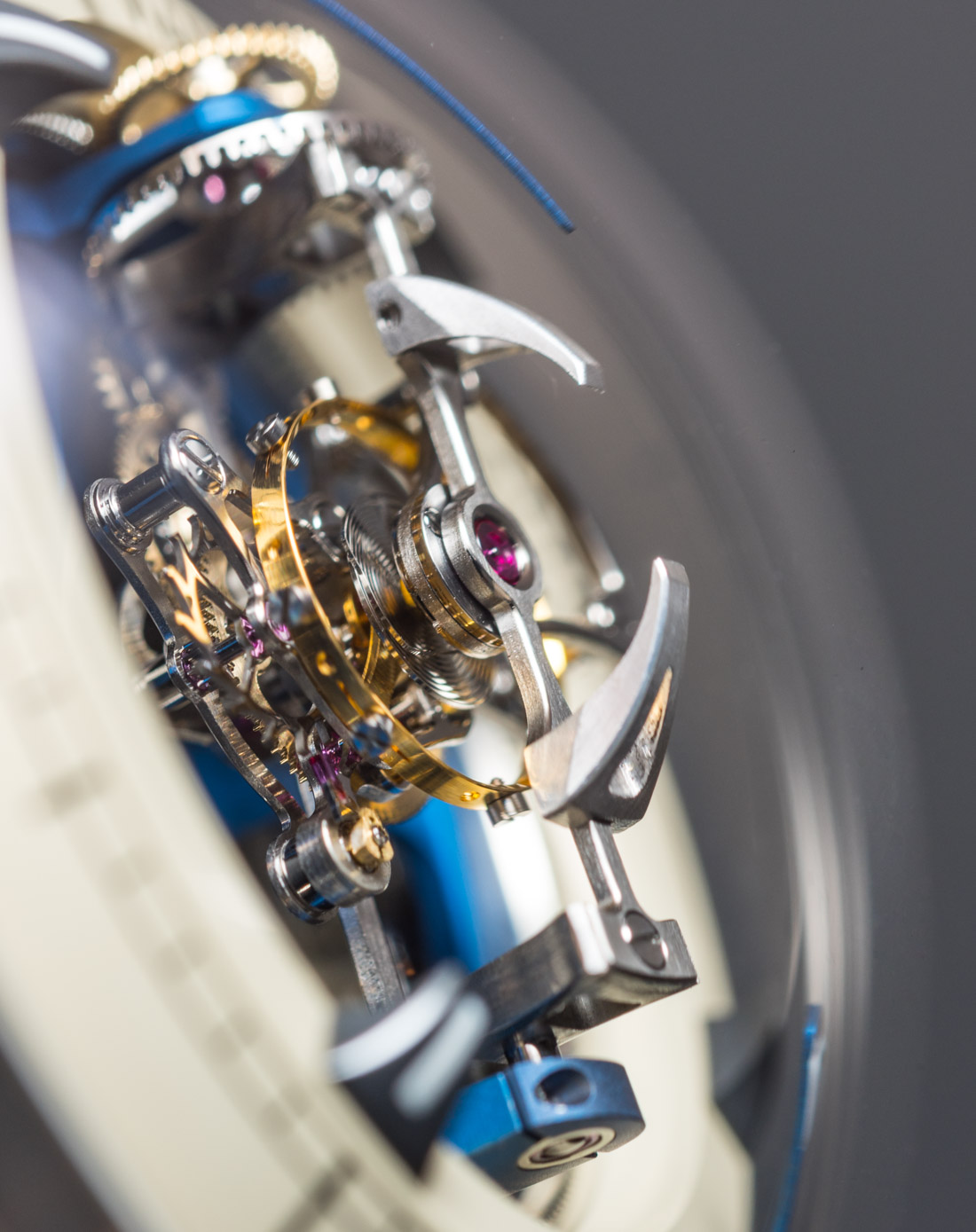 Vianney Halter was among the first people in today’s high-end watch industry to say it was really OK to produce traditional mechanical watches inspired by things the watchmaker likes versus some element of the past. Halter was of course in good company, but prior to him it might have been very odd to wear a triple-axis tourbillon watch based on Star Trek. Today, we barely bat an eyelash at the notion that a $200,000-plus timepiece is themed after a science fiction universe franchise. All watches of all types began with someone’s imagination – and here we see just that, only more explicitly so. 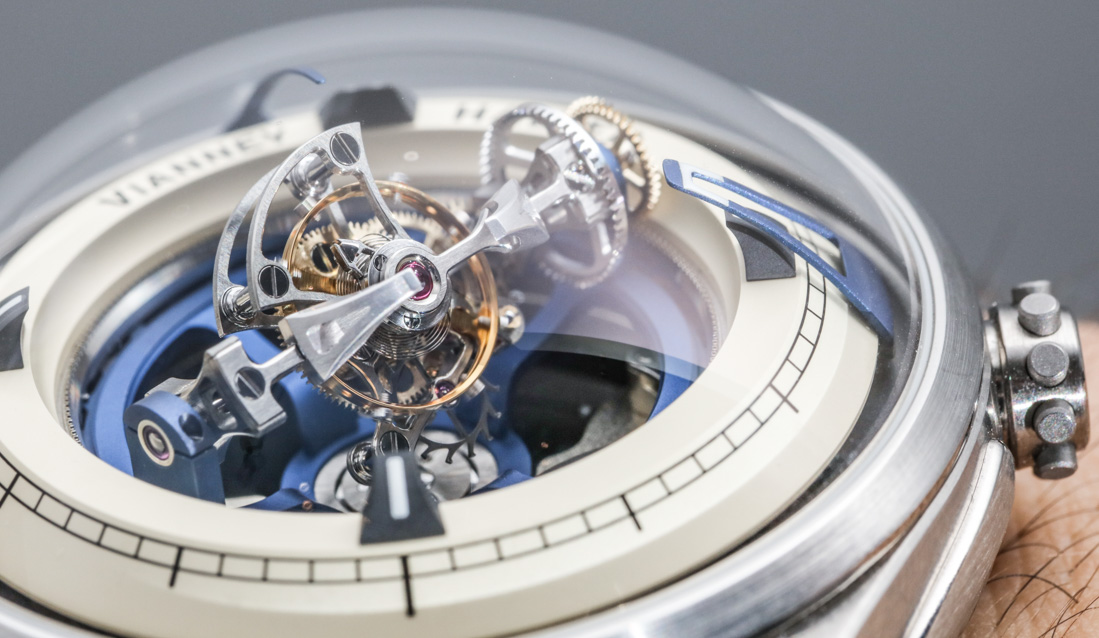 I caught up with Mr. Halter, not in watchmaking land, but in watch-buying land. While at the second iteration of Dubai Watch Week, myself and our own David Bredan noticed that Vianney Halter was teaching a watchmaking class. We weren’t signed up for it, but we went anyway as standby students. 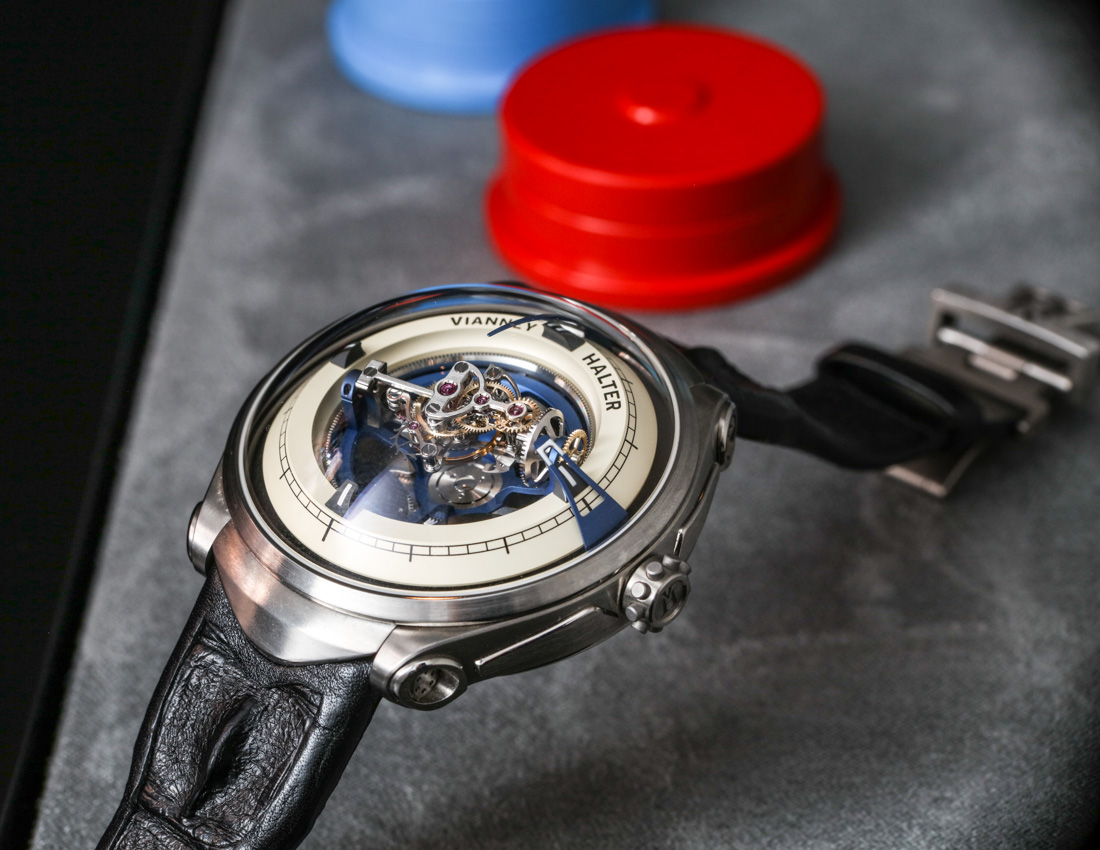 Arriving early, we ran into Vianney and went straight for his wrist. Cordial greetings aside, David and I molested the Deep Space Tourbillon in just the way such a lovely timepiece was made for. With its high-domed sapphire crystal and intricate movement that is mostly above the dial, the Vianney Halter Deep Space Tourbillon is not altogether different from a lot of other watches which exist today. That said, it does enjoy a unique refinement on the wrist and is remarkably well-done. Halter clearly used the right partners in making the timepiece a success. Nevertheless, it is still an extremely rare watch. Three years after its release, only about 25 Vianney Halter Deep Space Tourbillon watches have been produced. Halter claims that he is working on some aesthetic differences for a different version of it that will come out in the near future. 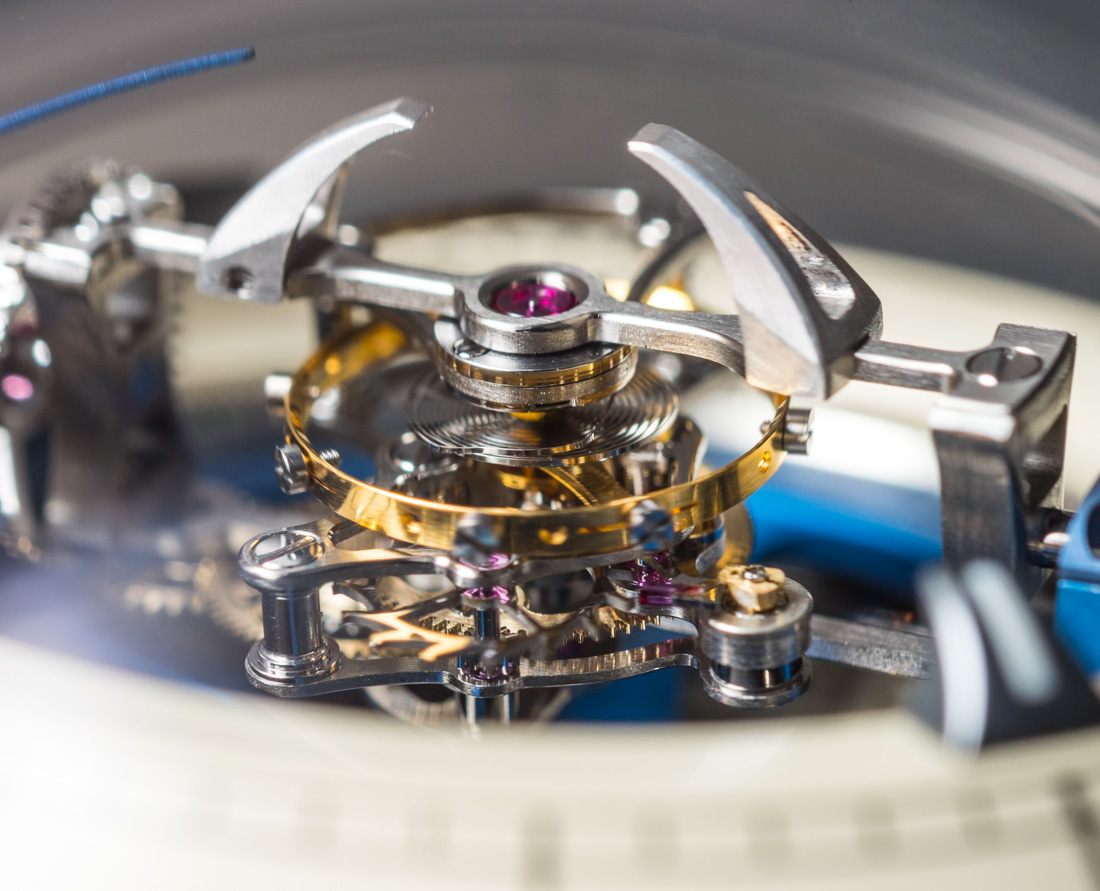 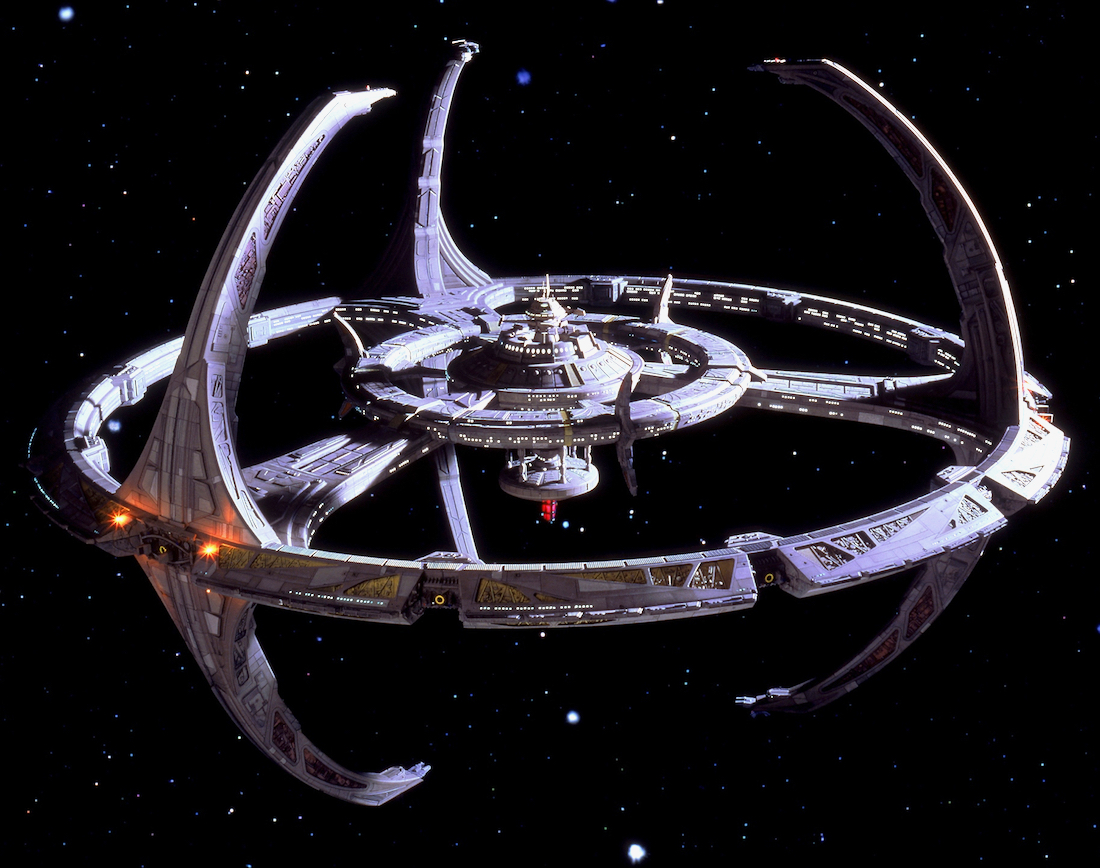 While much of the Vianney Halter Deep Space Tourbillon is themed after the Deep Space Nine space station from the Star Trek universe, the watch does look like a 1950s-era UFO on the wrist. In titanium, the watch wears extremely comfortably and is remarkably light on the wrist. The profile is really similar to the MB&F Legacy Machine 1 or 2, but it has a totally distinct feel to it. 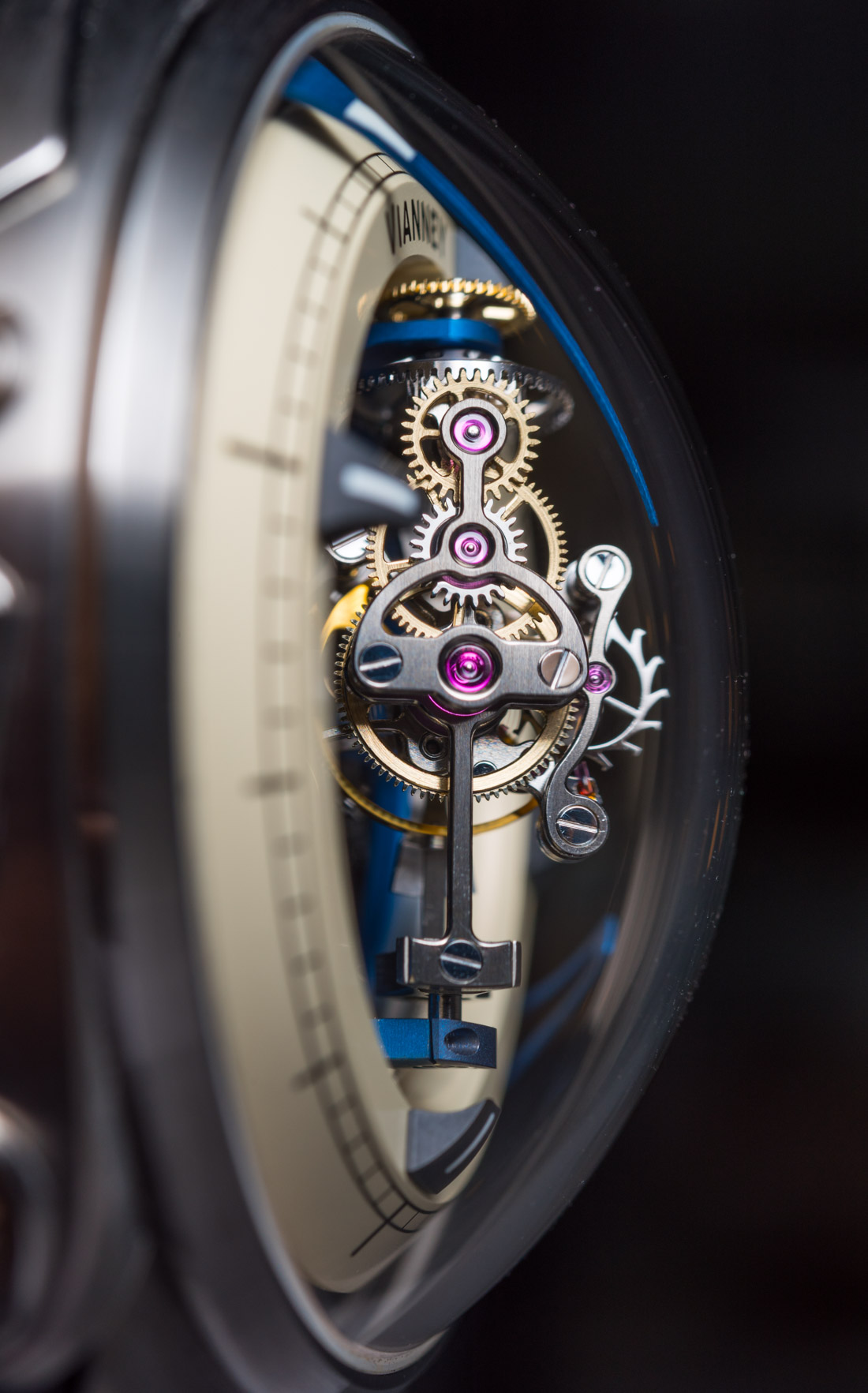 The Vianney Halter Deep Space Tourbillon is 46mm wide and the case detail is very impressive. This is the type of meticulously crafted high-end watch that many lovers of independent watchmaking are searching for. It is perhaps Vianney’s lack of really caring about the rest of the industry (at least he sometimes comes across that way) which is likely to thank for his watches being such a complete expression of himself. The Vianney Halter Deep Space Tourbillon is clearly the watch that he himself wants to wear. 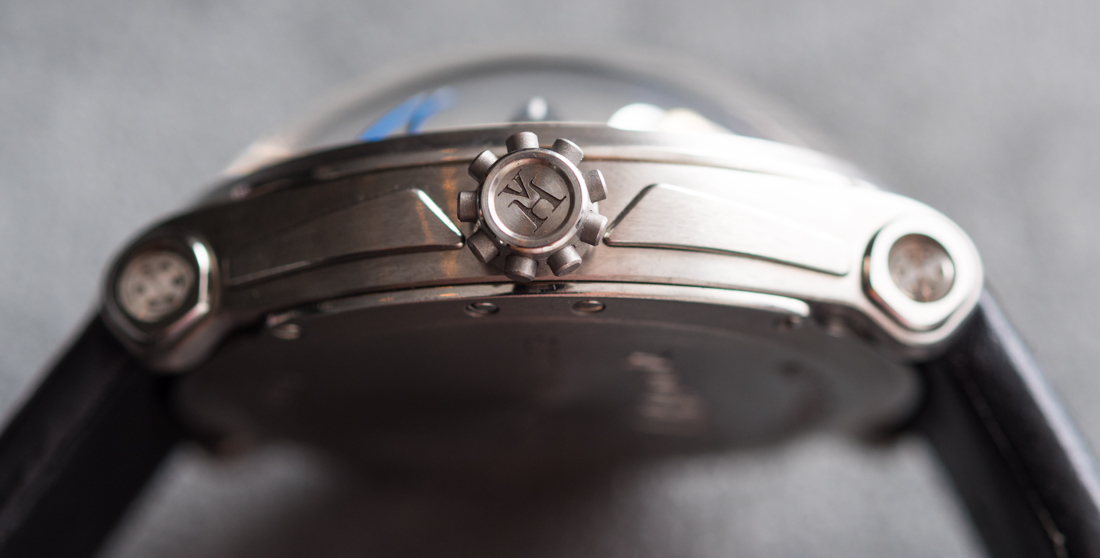 The meat of the watch is the highly visible triple-axis tourbillon the dances in different directions right in the middle of the dial. There are two unique hands in blue which orbit the dial to indicate the hours and minutes. If you look carefully, you’ll notice that the minute hand jumps one position each minute – which is quite cool. 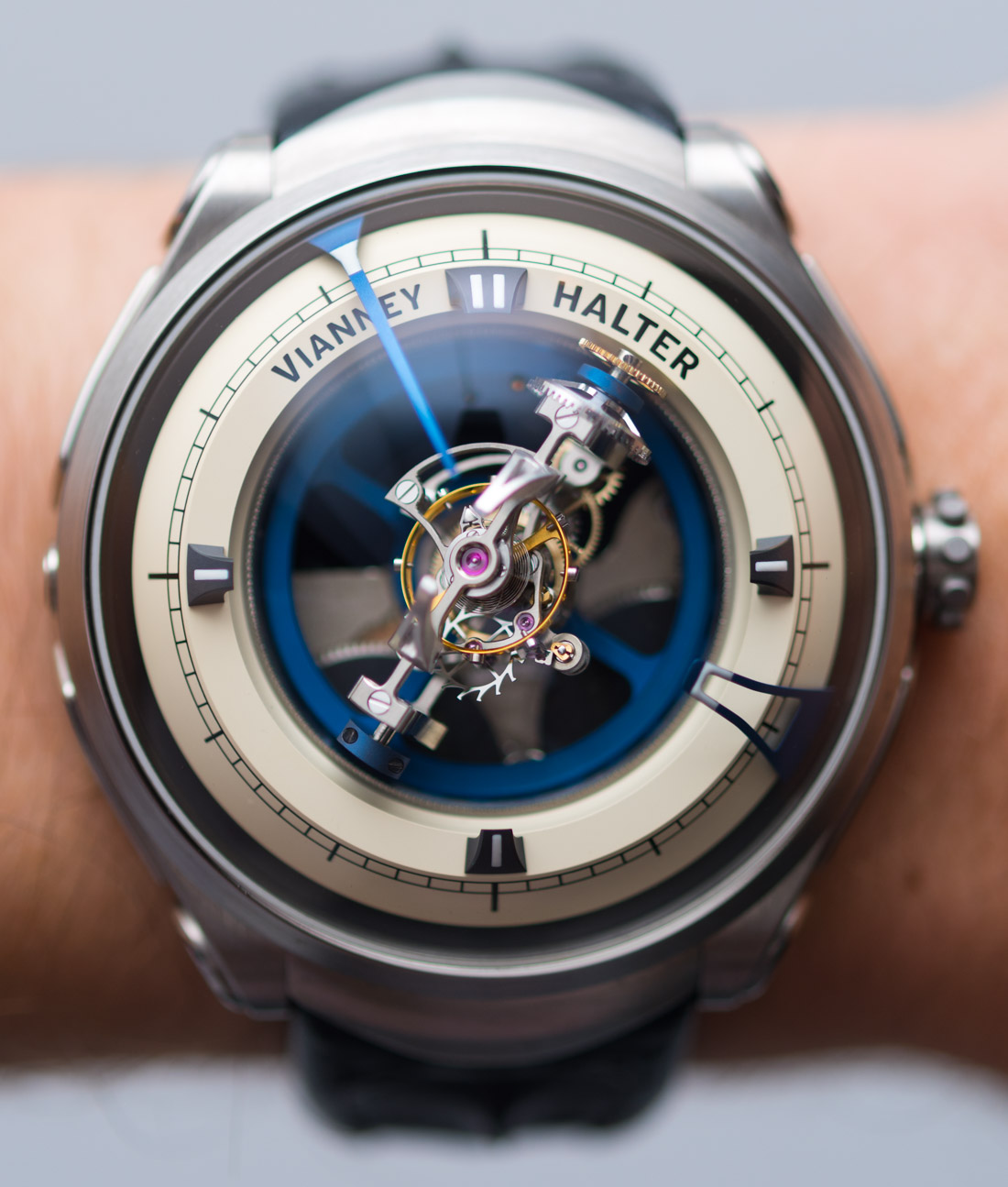 The first tourbillon axis point makes a full rotation each 30 minutes; the second, each six minutes; and the third, each minute. This is mechanical animated artistry, and it works wonderfully to pull on the emotional heartstrings of any gear head. Really, watching the Vianney Halter Deep Space Tourbillon and its caliber VH 113 movement in action is pure watch porn… and I mean that in the best way possible. We were able to capture the watch well in images, as it is surprisingly photogenic given the domed crystal. If not done properly, these crystals typically suffer from enormous amounts of glare, which isn’t really the case here. Little details like wearing comfort and the ability to properly enjoy the interior of the dial make the Vianney Halter Deep Space Tourbillon particularly refined given the theme. 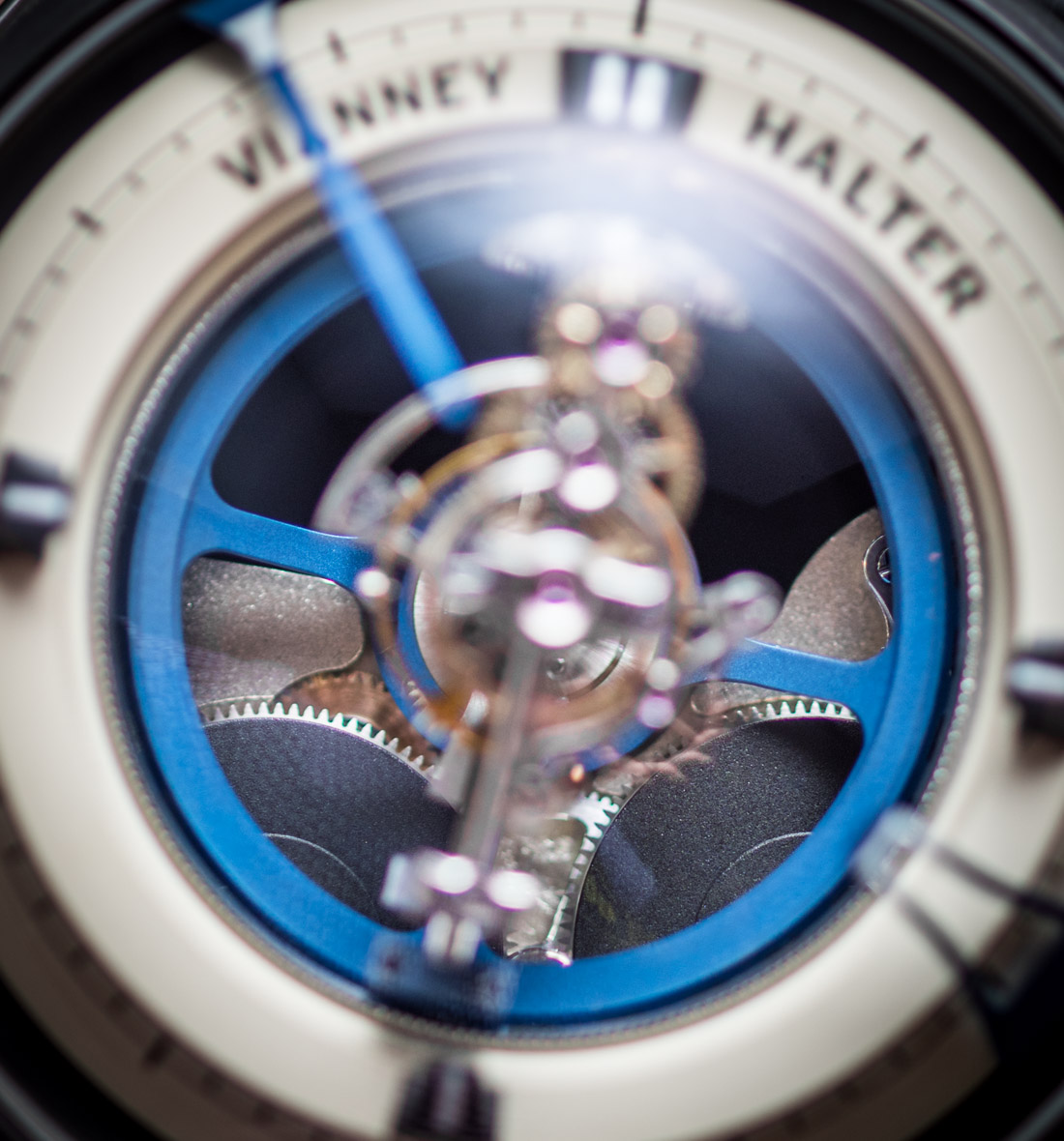 The manually wound movement has dual mainspring barrels that last for 55 hours while the operation of the balance wheel is 3Hz. Reading the time on the Vianney Halter Deep Space Tourbillon… isn’t exactly the main priority, but if there were ever a watch to refer to as a “statement piece,” it is this. And it isn’t as though it is illegible. Vianney Halter himself does not claim this timepiece to exist within the world of practical timepieces, but as I said above, it isn’t unruly to wear either (not at all). 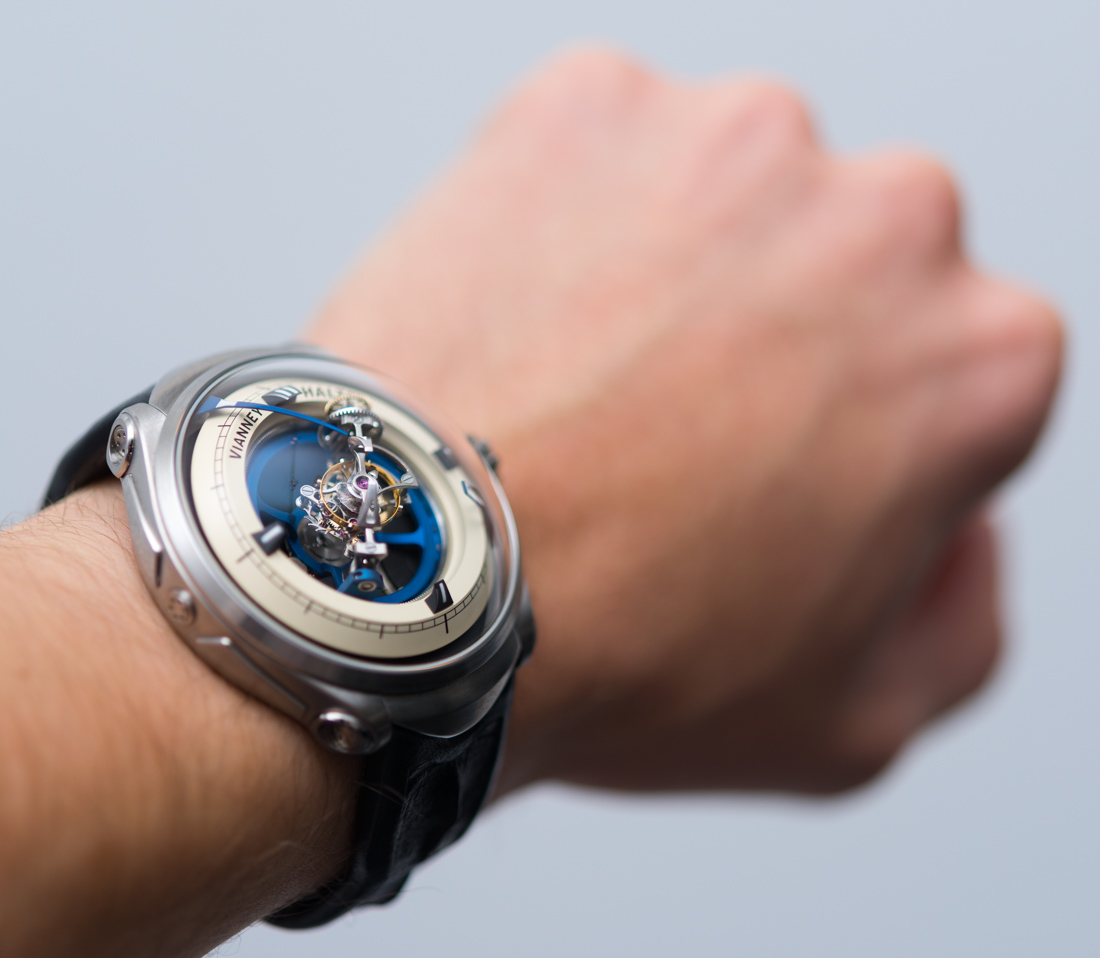 While we could spend a lot more time discussing the technical details of the Vianney Halter Deep Space Tourbillon in terms of the movement and construction, my enduring feeling is that, as an art watch, a the visuals of a timepiece such as this can easily speak for themselves. As is the case with many pieces of fine watchmaking, appreciating them from afar in static images (and even video) cannot replace the experience of seeing them in person – ideally, on you wrist. aBlogtoWatch does its best to bring you a hands-on experience from afar – and we’d like to think for the most part we do a good job. With that said, there are items from time to time like the Vianney Halter Deep Space Tourbillon that are simply too easy to dismiss unless you get up close and personal. 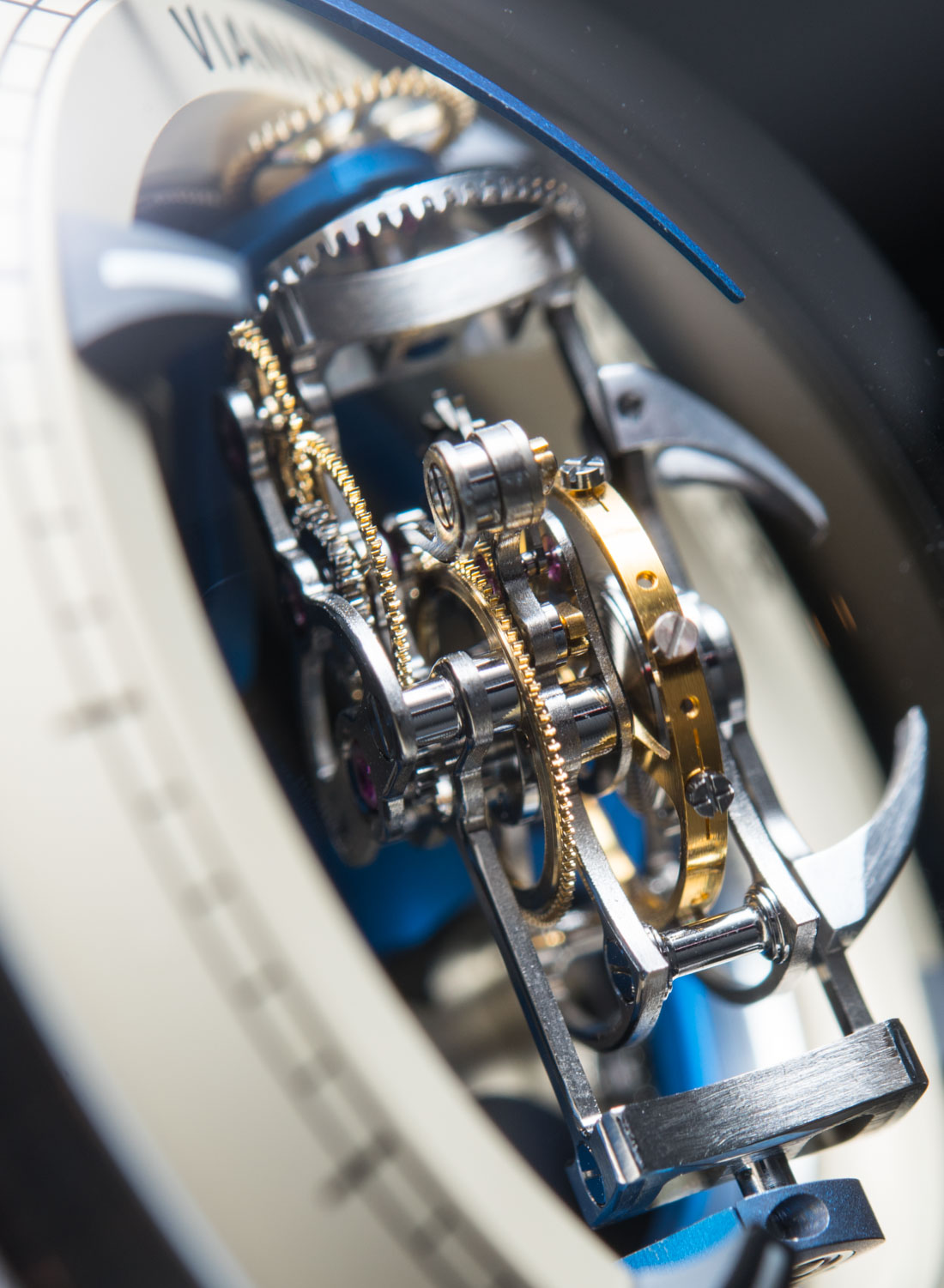 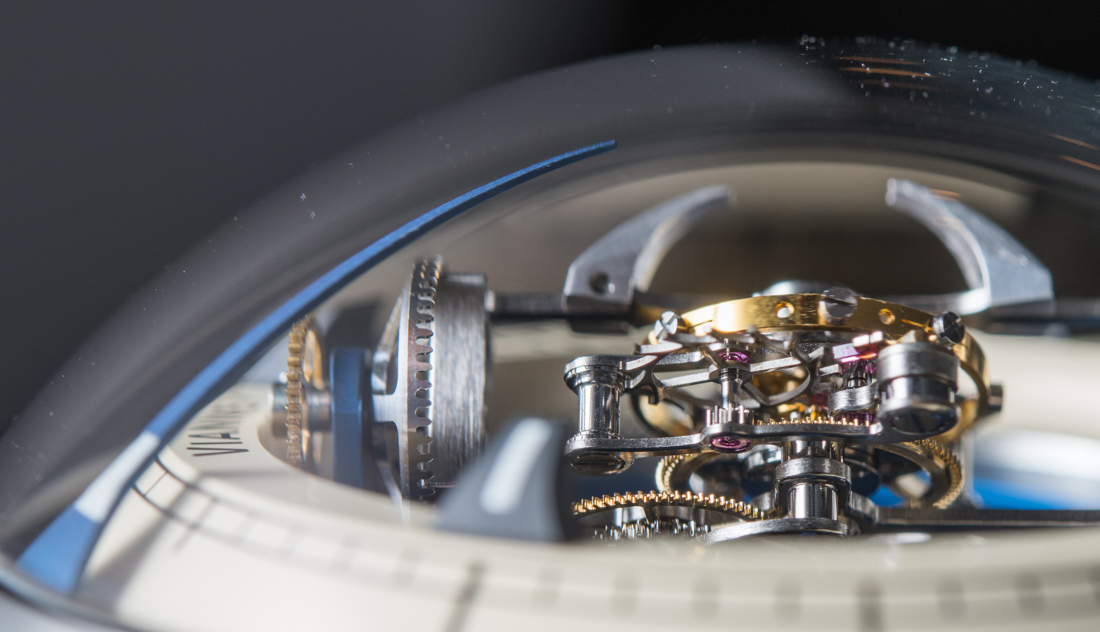 So enjoy the pictures and video to get a good sense of the watch as much as possible. It also appears that the price has gone up a bit, from 180,000 Swiss francs a few years ago to the price Mr. Halter quoted me (no, I wasn’t aiming to buy it… just yet) of 220,000 Swiss francs. vianney-halter.com