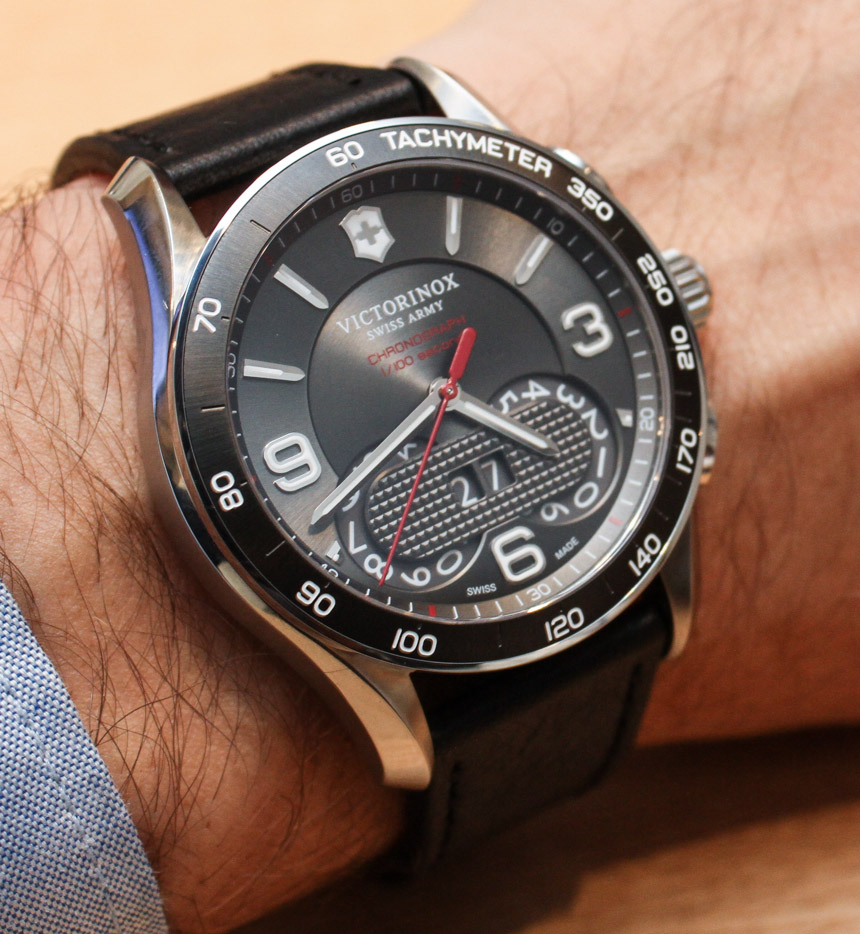 The most interesting new watch from Victorinox Swiss Army for 2013 is the Chrono Classic 1/100th. A uniquely designed timepiece, this chronograph is meant to be a high-function quartz watch for those seeking a new type of design concept. Brands such as TAG Heuer have presented similar offerings in the past – with timepieces that have chronograph complications which are less than obviously displayed on the dial. In a nutshell, what the Swiss Army Chrono Classic 1/100th watch offers is a unique dial with a big date, as well as a 1/100th of a second chronograph complication that re-purposes some of the indicators when it is in use.

As the video explains, the idea behind the Chrono Classic 1/100th is to offer a precise chronograph on a cleaner looking dial. In fact, the name of the watch more or less sums up what Swiss Army wants the timepiece to be. That being both a sporty chronograph which is also something classic looking. To be honest at first glance the Chrono Classic 1/100th looked a bit strange to us. Much of the design was something familiar from the popular brand, and then you had the two exposed discs with a large textured bridge (based on the pattern on some Swiss Army Officer’s knives) over them to form a window on the lower half of the dial. Odd it was, but it did grow on us. 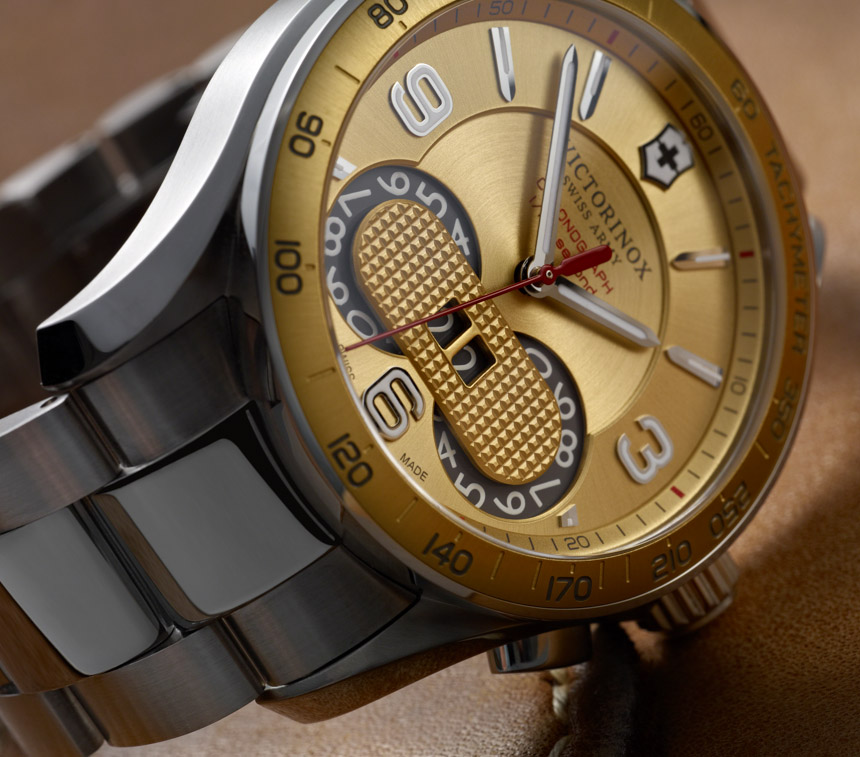 While the Swiss Army no doubt mixes in some novel features with their traditional designs, they aren’t always a hit. What you have here is a piece whose functionality helps explain the design concept and acted to win us over in the end. If all that stuff down there was just for a big date indicator, I don’t think we’d feel the same way about the finished product. We felt similarly when we reviewed the Swiss Army Night Vision here. Swiss Army designed the Chrono Classic 1/100th to seamlessly switch between the chronograph display and the time/calendar display. This is all done by two quick presses to the crown.

Two quick presses makes the hands and discs all change positions. The process of switching between modes is simple enough, though we’d really have liked some instructions on the case itself in how to switch modes. People may either forget, or never look at the guide in the first place. In our opinion watches with less than obvious features should have methods of operation that are very intuitive. We’ve certainly seen worse. Anyhow, so press on the crown twice and the time display changes to the chronograph. All the hands line up and the discs remove to read out “00.” You are ready to start the chronograph using the pushers on the case as traditional start, stop, and reset pushers. 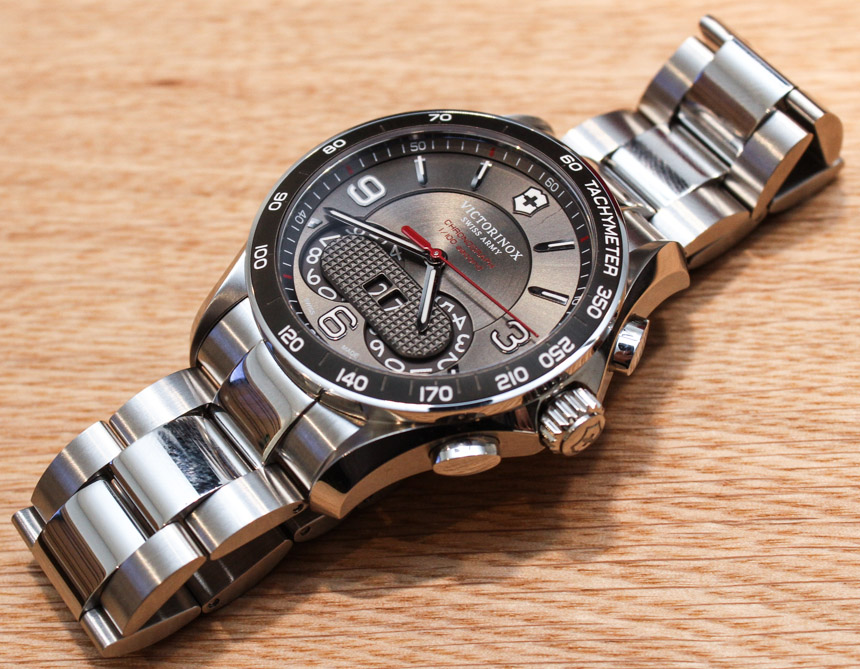