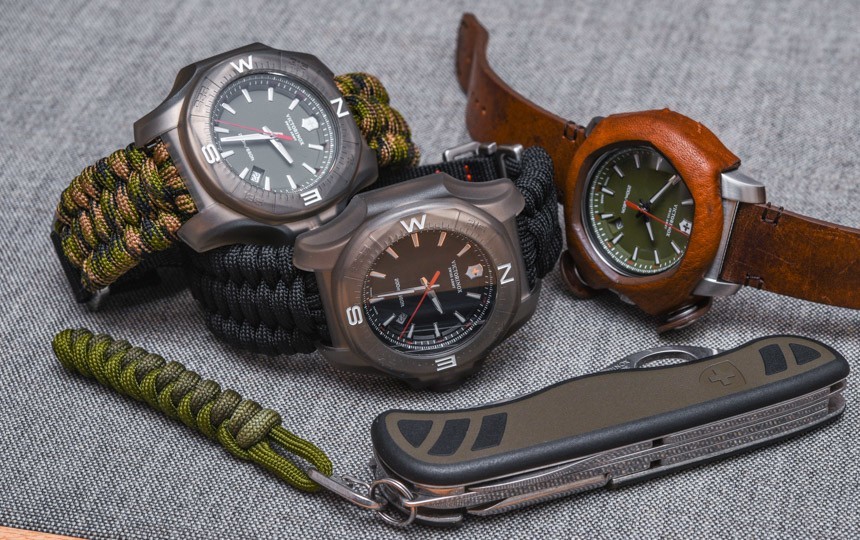 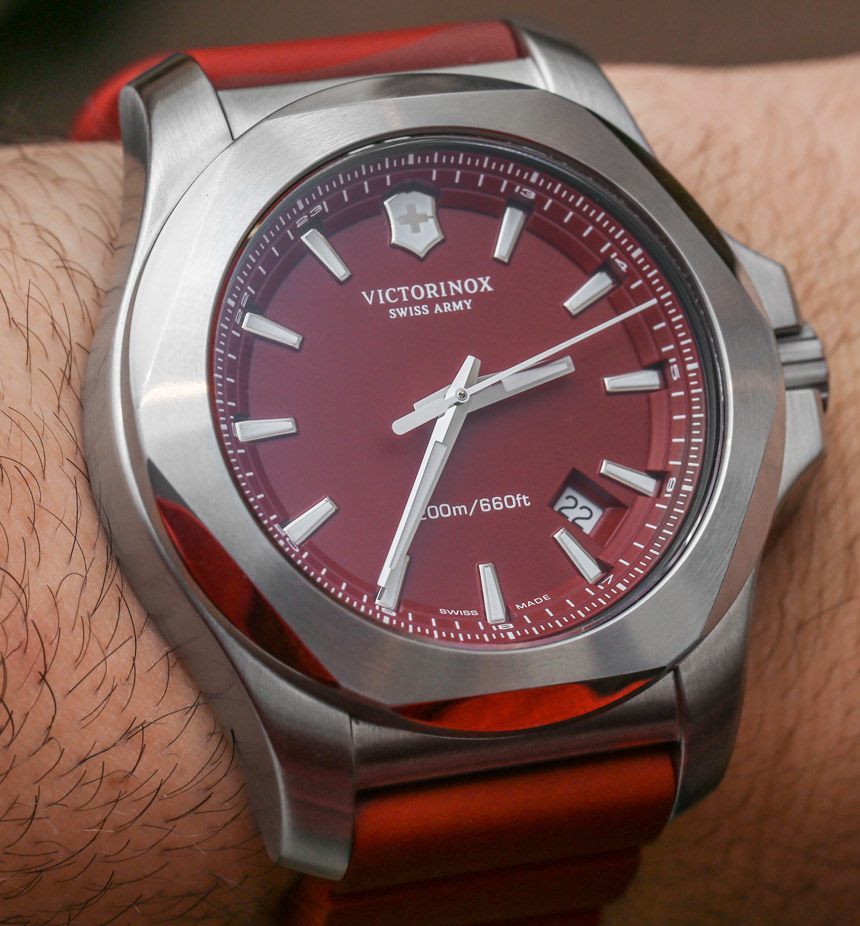 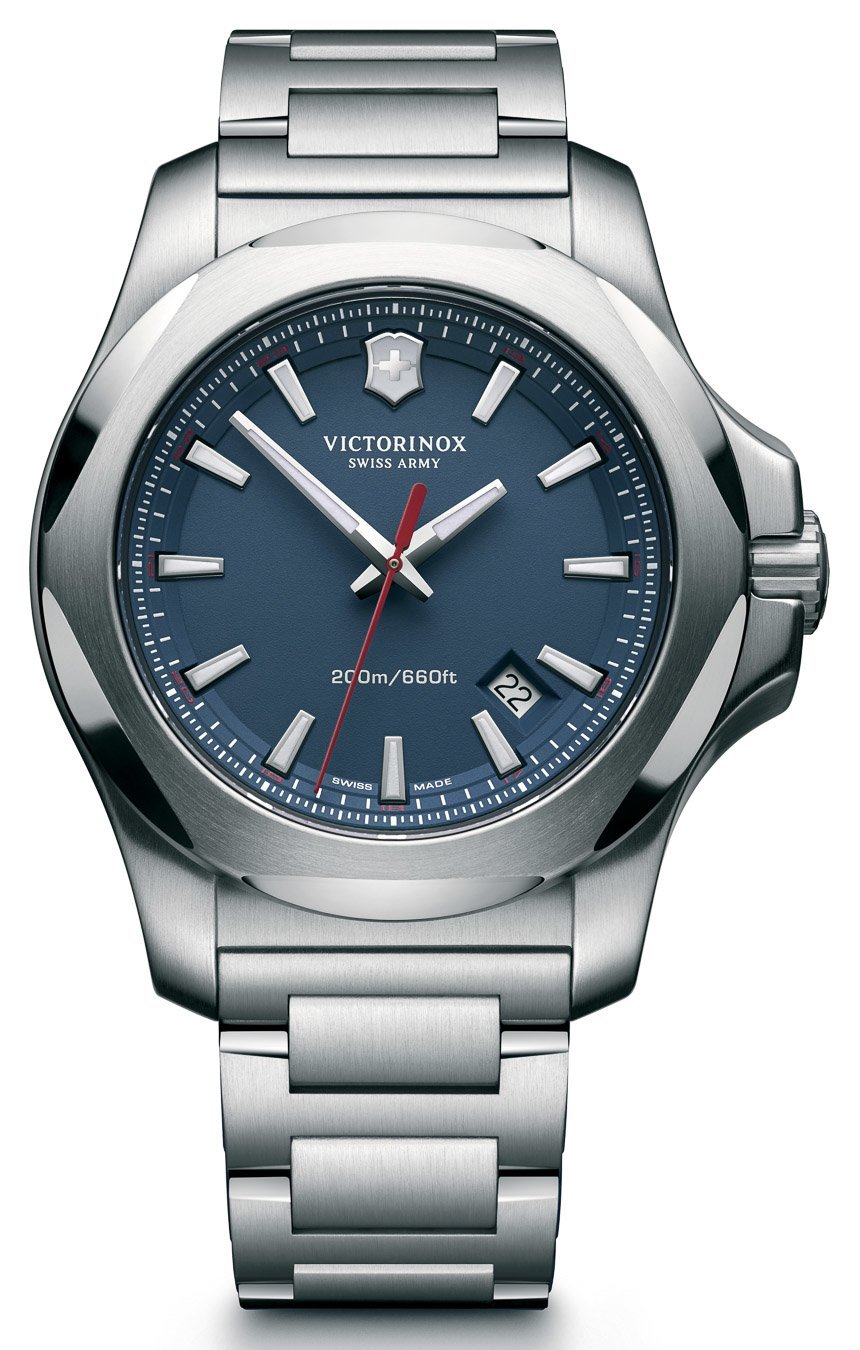 Victorinox Swiss Army has promoted the fact that they devised 130 tests designed to measure the durability of the Victorinox Swiss Army INOX across a range of factors. A promotional event last year in New York was designed to show off some of these tests and included watches being boiled, tumbled in a washing machine, frozen, and more. I’ve asked the company to tell me more about these 130 tests, and they explained that at least some of them are trade secrets that they do not wish reveal. That is understandable, but they did offer this list of 26 of them, which illustrates what the INOX collection needed to endure during the development process: 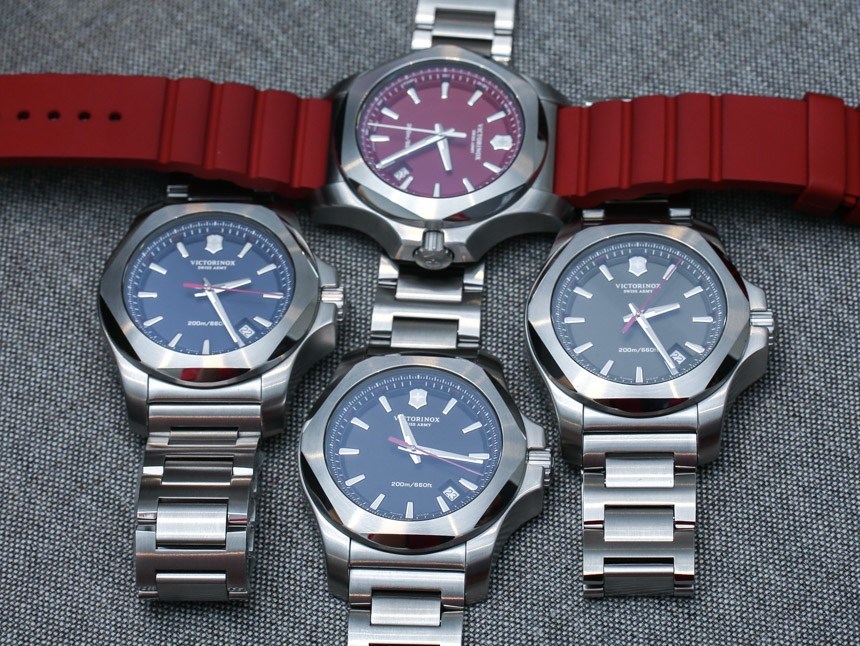 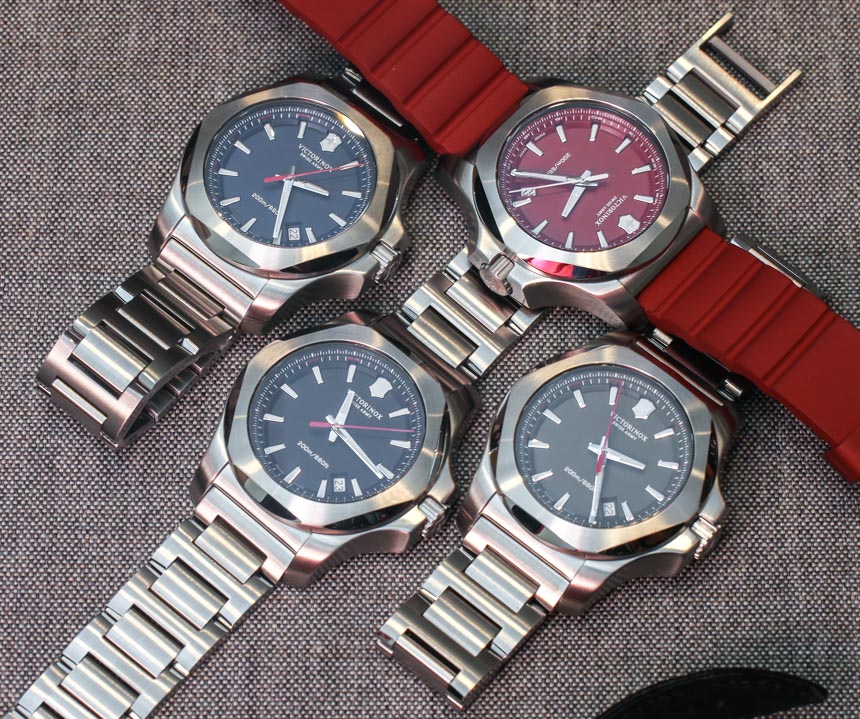 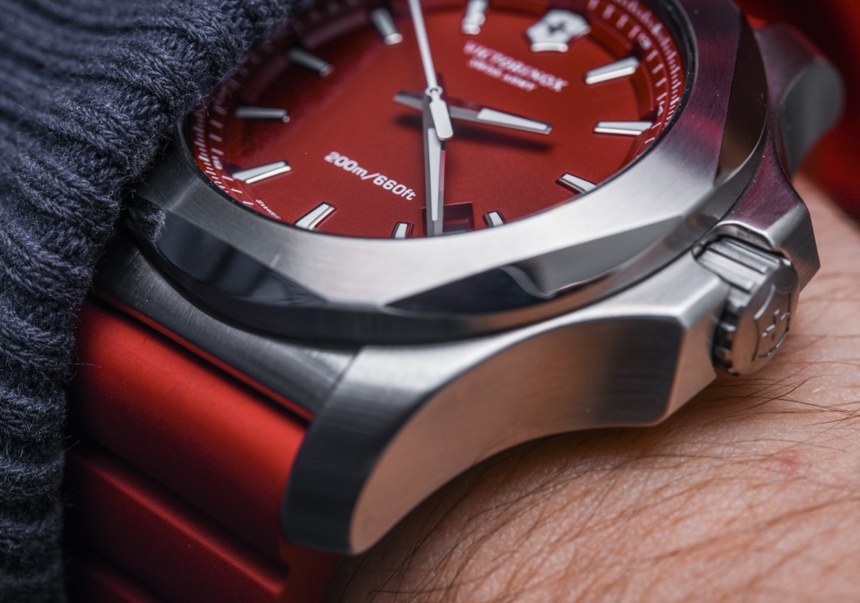 Going back to the Victorinox Swiss Army INOX Red and why the brand needed to wait an extra year to release this dial color: apparently, it was because the dial color faded with prolonged exposure to ultraviolet (UV) light. Prolonged exposure to UV rays from sunlight is the historical cause of “tropical dials” on some watches, where originally black colors turn brown. While some collectors enjoy this, I’d say it is fair to suggest that with modern watches, people paying a premium want a watch whose construction and colors aren’t going to erode much over time. 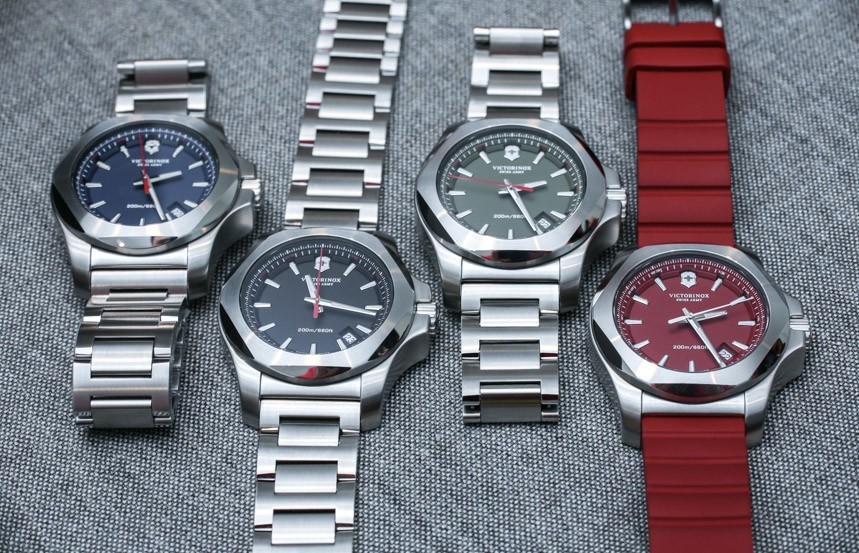 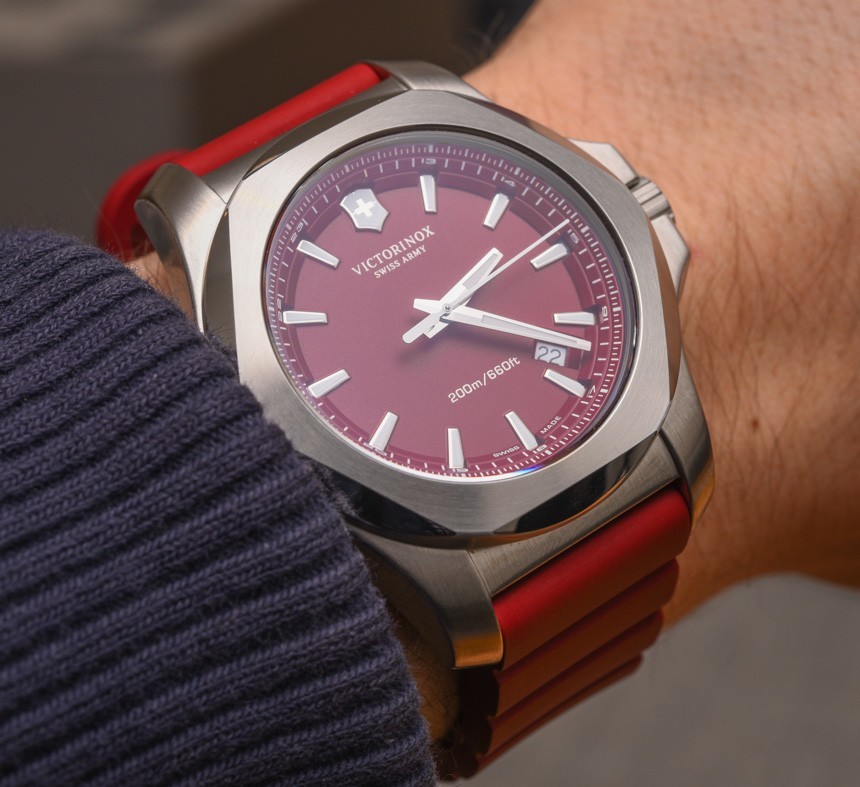 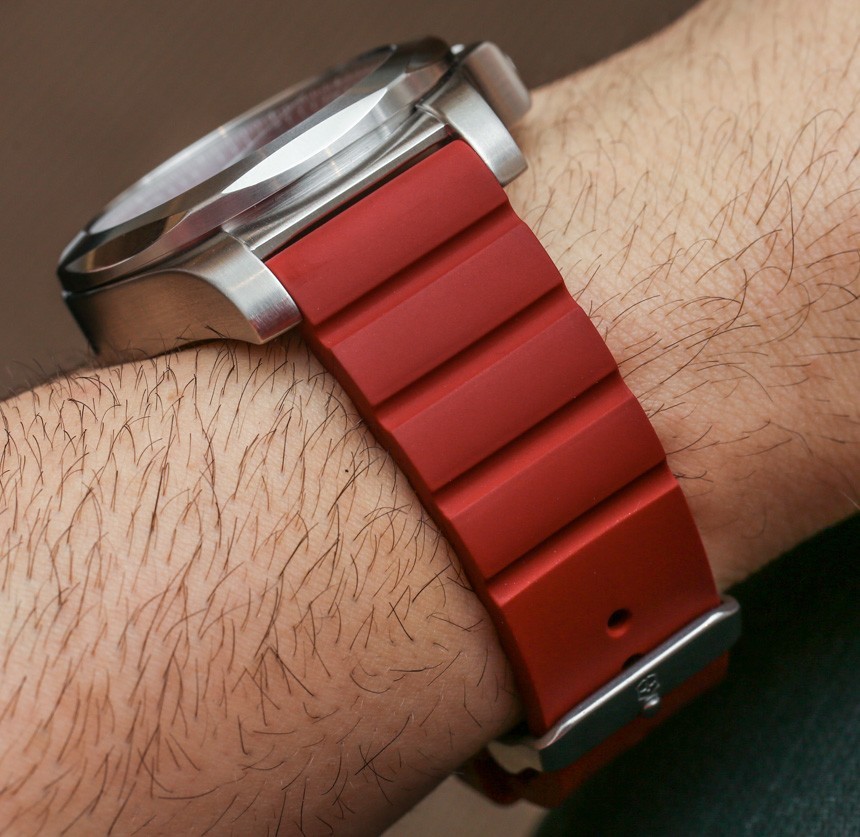 Also coming soon – though not yet ready for prime time – is a bracelet for the Victorinox Swiss Army INOX. It will be in steel and of course designed to pass the brand’s many durability tests. The delay in its release was also due to the fact that traditional bracelet deployant clasps didn’t fare too well when being run over with a heavy vehicle. If I recall correctly, the steel bracelet for Victorinox Swiss Army INOX watches will be available before the end of 2015. 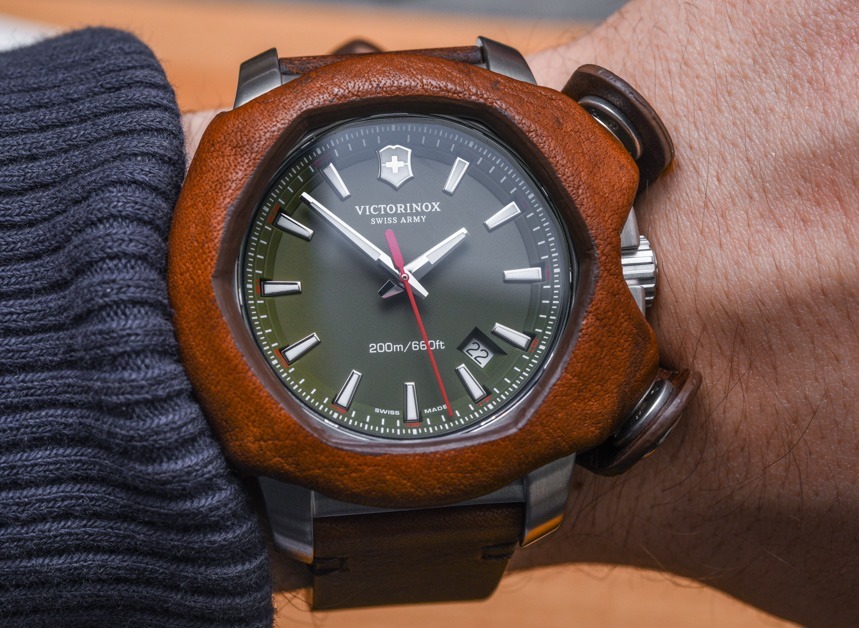 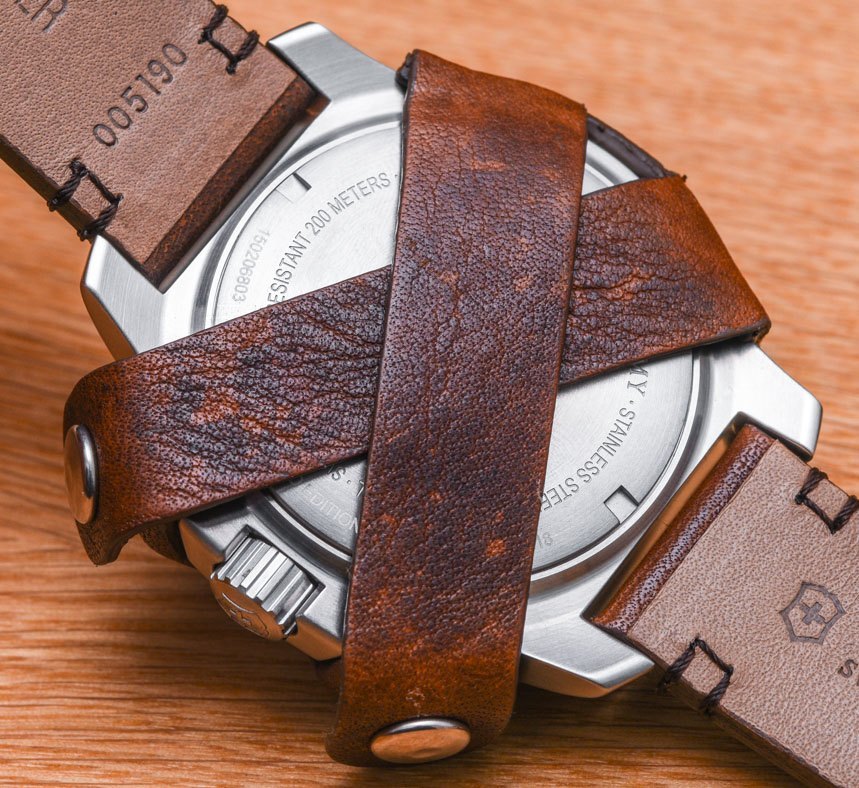 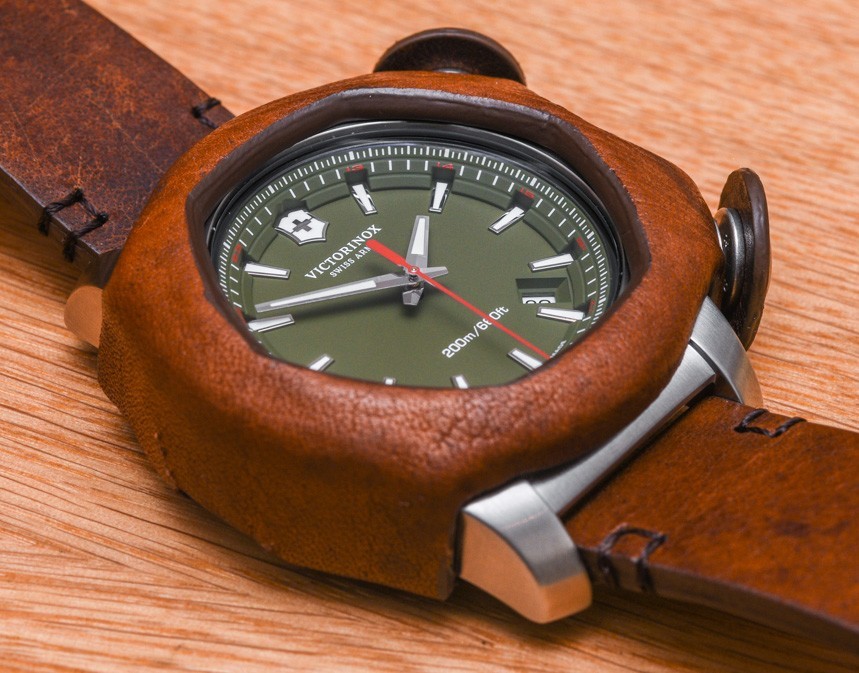 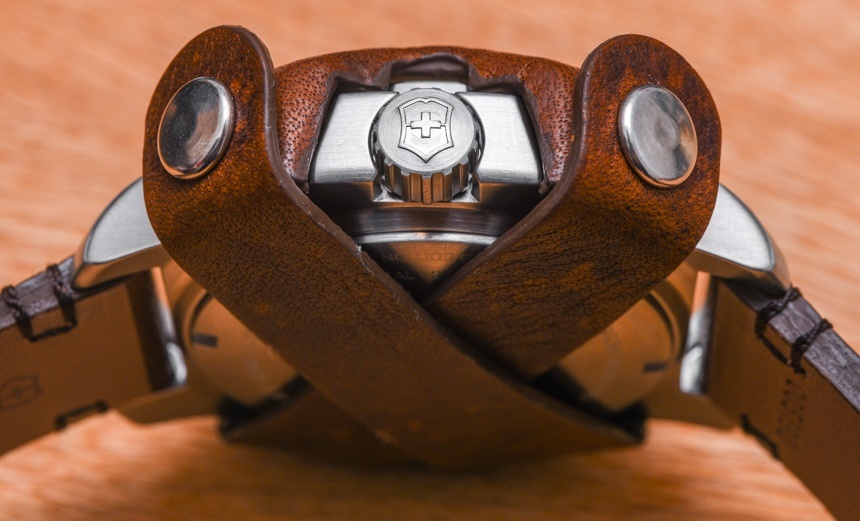 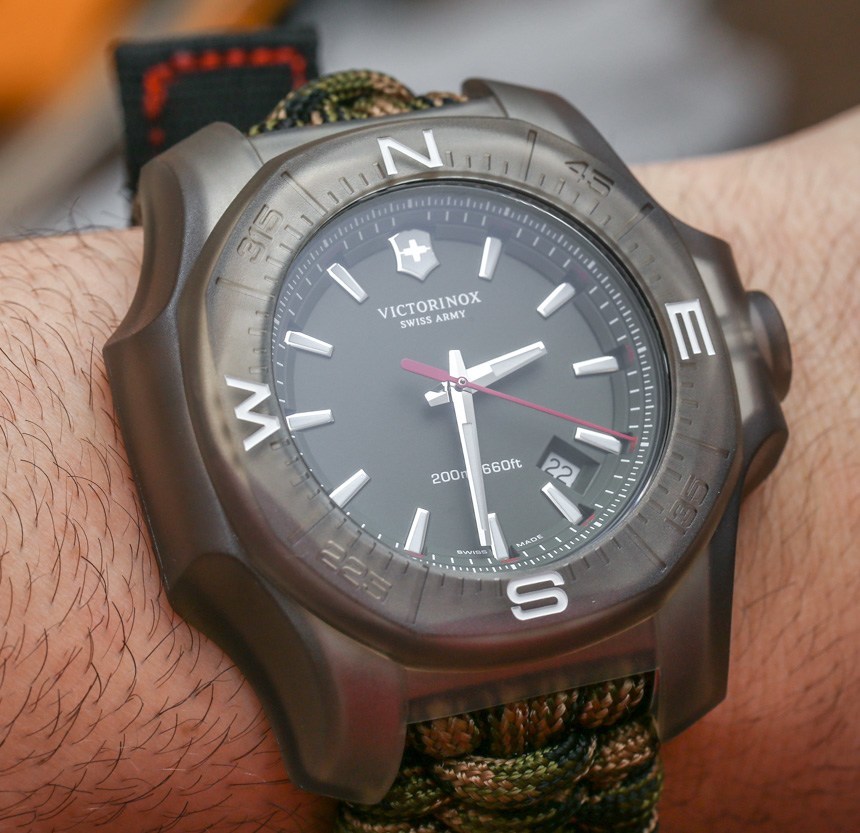 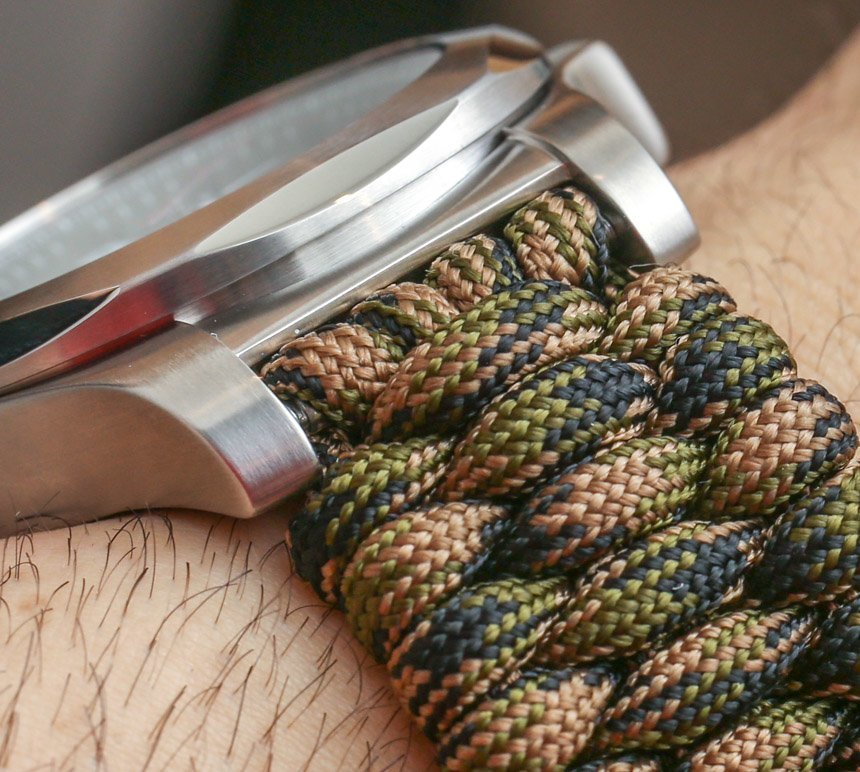 A bit more niche (and more interesting, in my opinion) is the limited edition Victorinox Swiss Army INOX Naimakka watches. Some of you may be familiar with Naimakka as a company that produces bracelets made out of specially woven paracord. These chunky bracelets began as survival tools based on the premise that having some durable rope can be a lifesaver. From there, Naimakka paracord bracelets became a sort of fashion item for those who are or would like to appear adventurous. 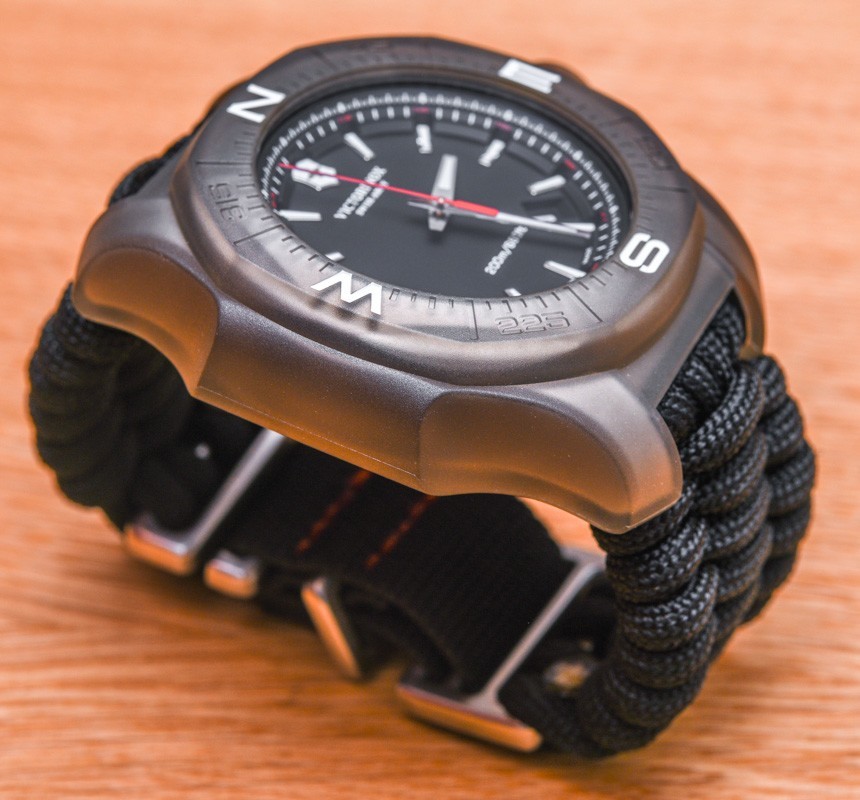 Of course, the irony is that each of these parachord bracelets are good for one time. Meaning that once you unravel them, you no longer have a bracelet, and you just have a strand of paracord rope. An interesting kicker that I recall from our meeting with Victorinox Swiss Army was that they will ensure each unraveled Victorinox Swiss Army INOX Naimakka watch bracelet is re-woven for free – assuming it is sent back to them, along with a story of what situation you were in that required you to use the rope. 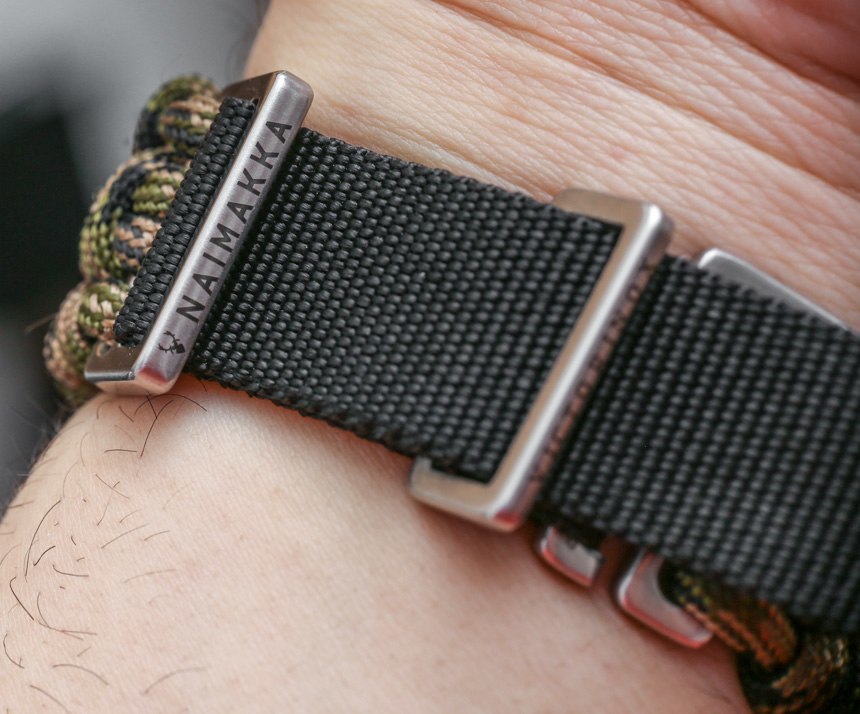 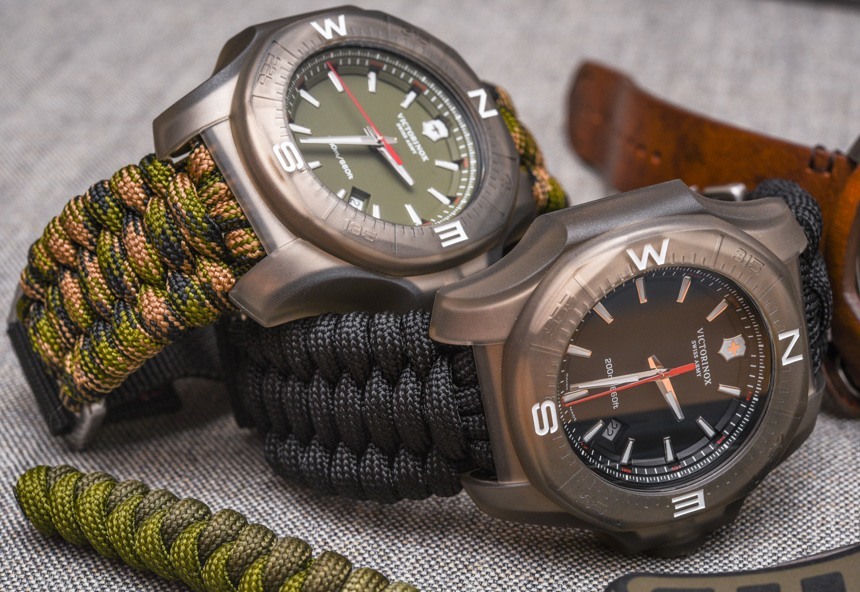 My understanding is that there are a few versions (at least two) of the Victorinox Swiss Army INOX Naimakka limited edition watch meaning various strap/dial color options. The strap actually has a very interesting buckle system that I like a lot. More so, the Victorinox Swiss Army INOX Naimakka limited edition watches come with a few other unique extras. These include a special clear, removable plastic case guard with compass navigational markers on it, and a special knife. We are talking about a Swiss Army folding blade with a small Naimakka lanyard attachment. 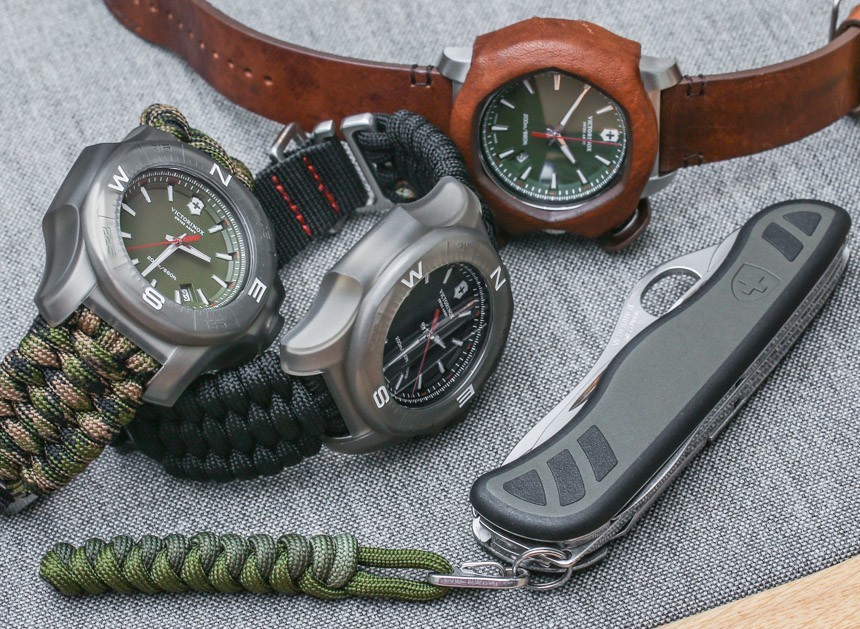