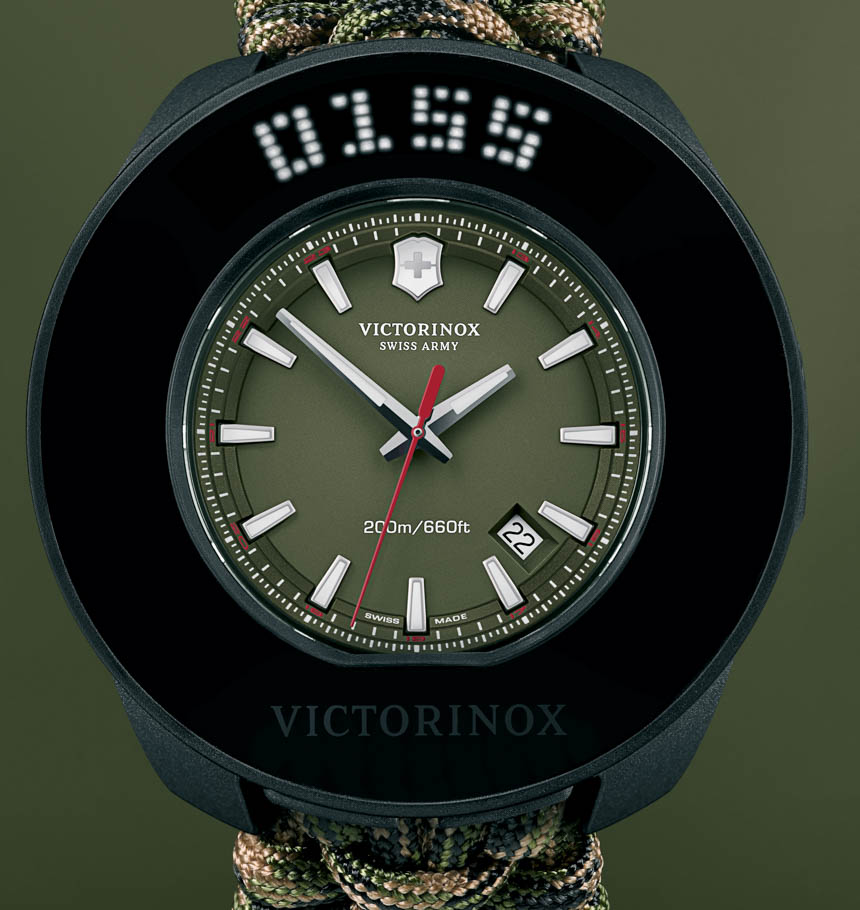 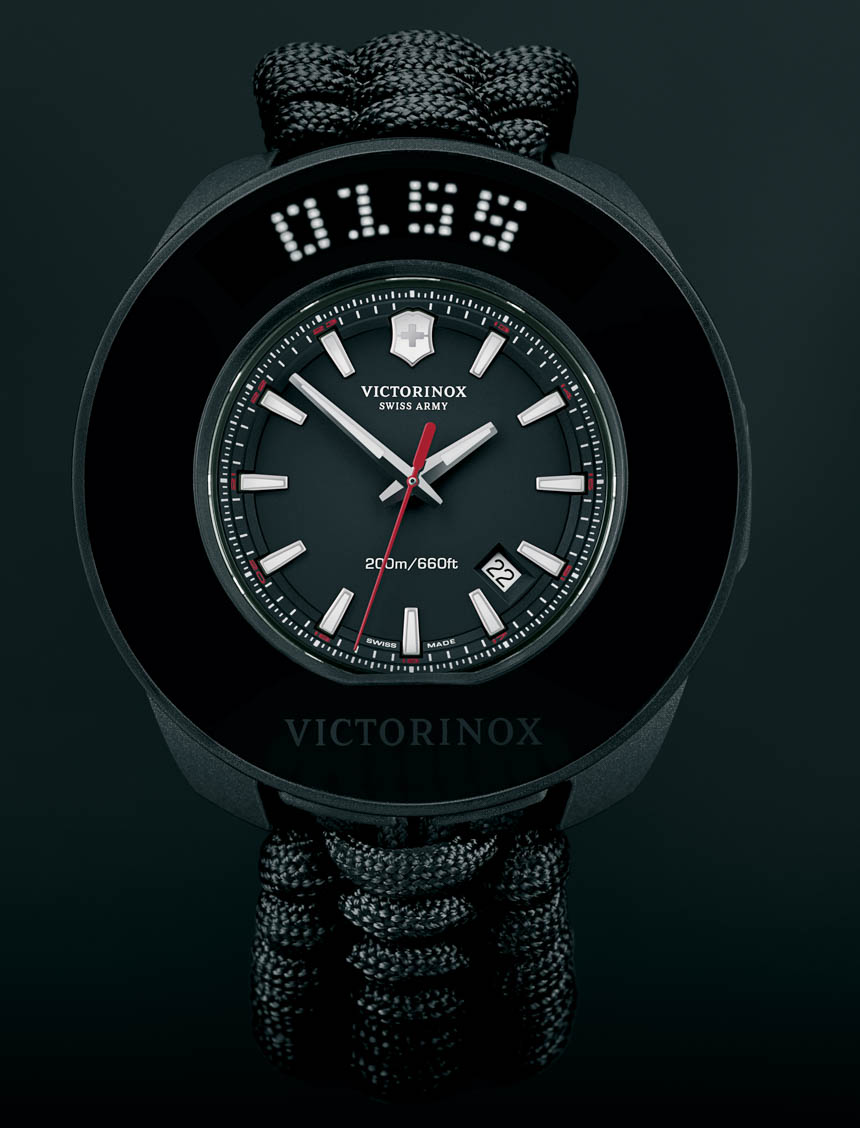 Debuted today at the MWC (Mobile World Congress) 2016 trade show, Victorinox Swiss Army officially gets into the smartwatch game with a clever “smart accessory” that clips on to a traditional timepiece. Produced in collaboration with hardware maker Acer, the I.N.O.X. (INOX) Cybertool is a connected device that clips on top of the case of any Victorinox Swiss Army INOX wrist watch. This allows the wearer of any INOX watch to have a smart watch when they want and a more traditional sport watch when they don’t.

The Victorinox Swiss Army INOX Cybertool is just one of a host of interesting tactics traditional watch makers have used in order to not only connect themselves with the still fresh smart wearables market, but also to offer consumers more ways of incorporating connected wearable technology into their lives. 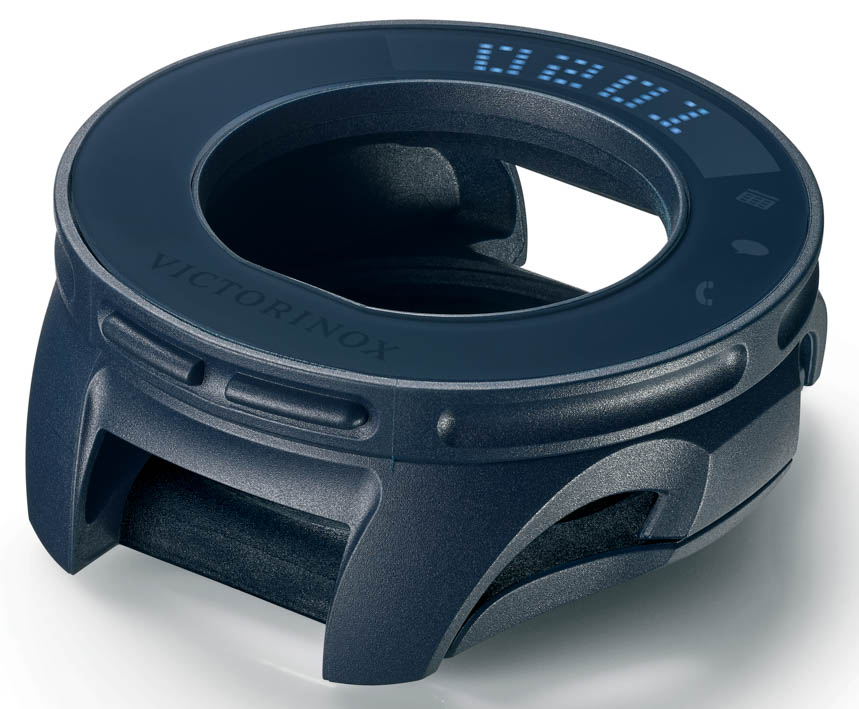 Victorinox Swiss Army’s INOX Cybertool concept reminds me of a similar device produced by higher-end watch maker Linde Werdelin several years ago, but the Victorinox Swiss Army INOX Cybertool arguably makes a lot more sense for today’s market. With the Land Instrument (later re-named “The Rock”), which is reviewed here, Linde Werdelin allows for a computer to be clipped on top of a mechanical wrist watch.

It isn’t clear whether or not the Victorinox Swiss Army INOX Cybertool will be sold together with INOX watches, but it should be available as a separate purchase. Those more familiar with the Victorinox Swiss Army brand will know that the company has used the “Cybertool” name in the past to describe a range of their pocket knives which offered screwdriver sets and are stylized by the use of semi-transparent versus opaque red plastic bodies. It is probably going to be a bit confusing to some customers because of the repeated use of the Cybertool name, and that hopefully isn’t too big of a deal for Victorinox Swiss Army.

Functionally, Acer and Victorinox Swiss Army have developed the INOX Cybertool as a more sporty/outdoors device although its IPX7 water resistance rating – similar to the Apple Watch – means it is splash-proof and can likely handle being briefly submerged in less than one meter of water. In addition to basic connected smart wearable functions such as call and message notifications, the monochromatic ring display offers multiple time zone displays, chronograph and stopwatch functionality, and connections to various activity monitors. The device itself comes with a built-in accelerometer for features such as step and calorie counting, while the device also makes use of your smartphone’s GPS receiver. 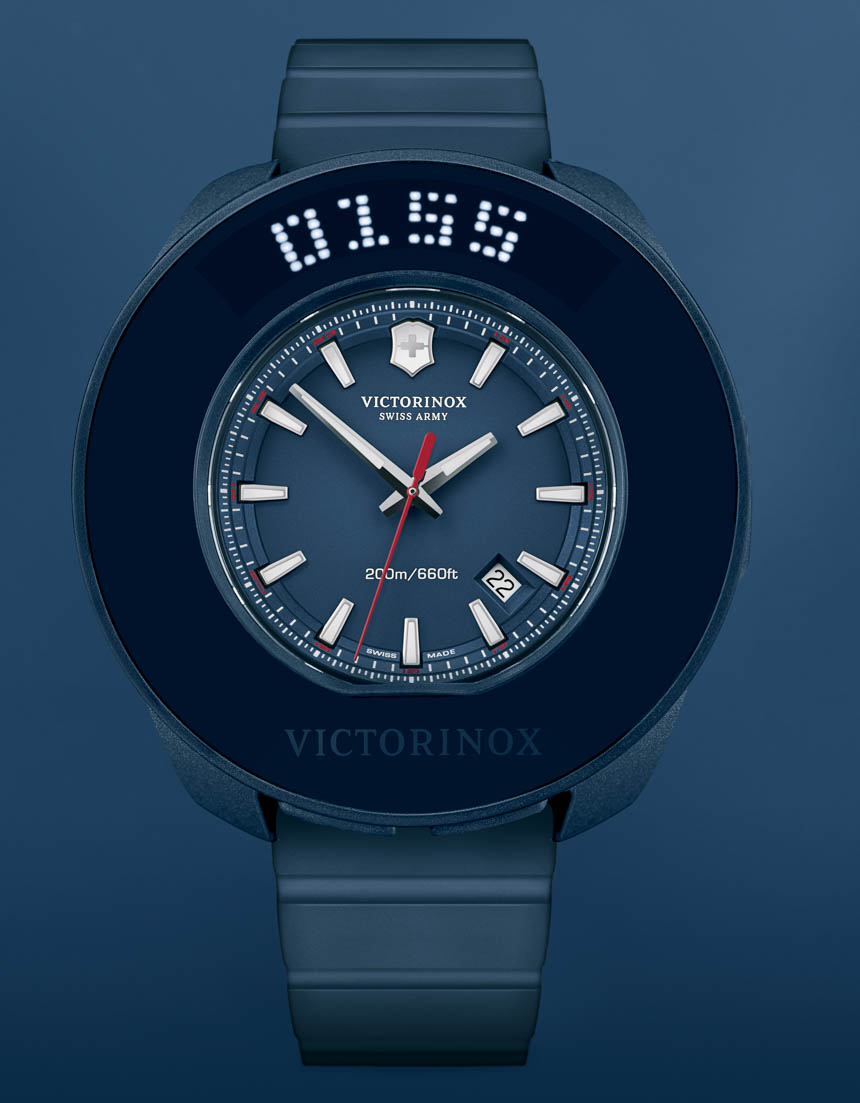 Using traditional pushers rather than a touchscreen (probably a good idea), one of the unique uses of GPS in the Victorinox Swiss Army INOX Cybertool is a “Help” feature which is activated when two pushers are pressed at the same time. This then sends your GPS coordinates to a pre-specificed contact. It sounds like a useful emergency feature, but it also sounds like it also requires you to be in mobile service range, so it isn’t going to be a proper emergency tool for use in remote situations. Think of it as a quick “come help me” tool. Probably more useful for urban or wilderness adventures is a “find my phone” feature that activates your phone’s ringtone even if it is in silent mode, as well as an LED backlight that is designed to shine some light on the watch dial to help you read the time in the dark.

With a 60mAh-rated battery, Victorinox Swiss Army promises about a week of battery life. This sounds decent, and what I like is that if the Victorinox Swiss Army INOX Cybertool battery dies, you can just take it off and still use the watch as normal rather than wear a dead device on your wrist.

The Victorinox Swiss Army INOX Cybertool of course comes with its own corresponding smartphone app, which will be available for both iPhone and Android phone platforms. Victorinox Swiss Army is really focused on offering what it feels are the most important “smart” functions in a device that doesn’t leave your traditional watch useless, while at the same time offering the consumer a choice of when they do and don’t want the additional smartwatch-style functions. We are experiencing a unique time in a still new industry where consumer use preferences are fluid and still being determined by companies trying to crack the “smartwatch nut.” 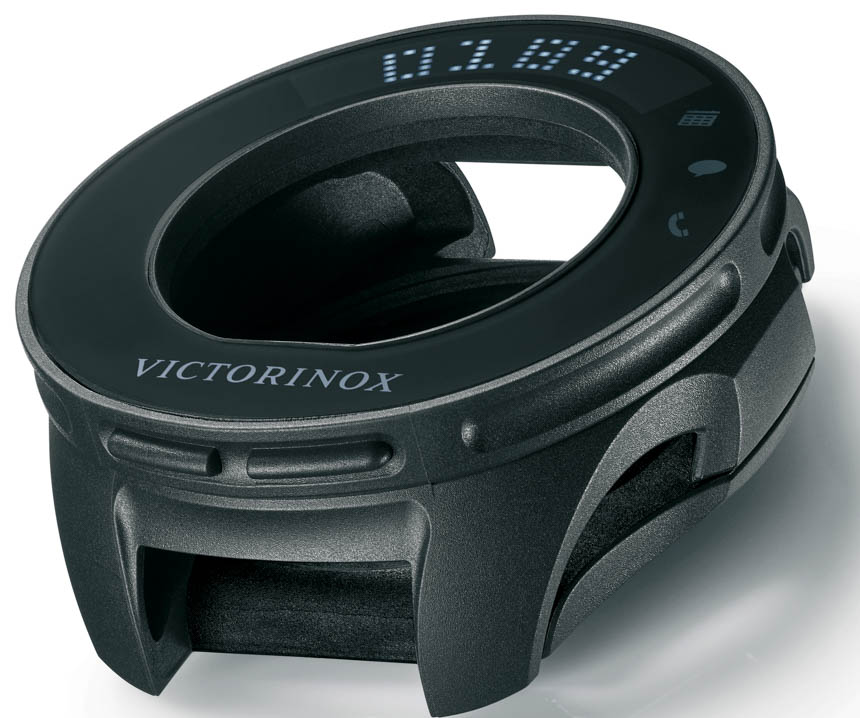 Moreover, we are seeing another instance of a traditional watch maker working with a well-established technology company – which each trying to bring their best game to the table. We recently saw this late in 2015, as the TAG Heuer Connected (debuted here) has the traditional Swiss watchmaker combine forces with Google and Intel. One year ago, we saw Frederique Constant working with MotionX on the MMT “traditional-looking” smartwatch platform here.

The brand has yet to specify pricing and availability for the Victorinox Swiss Army INOX Cybertool, but we are due to know more information within the month. Pricing is however expected to be in the $150 – $225 range, which doesn’t include the INOX watches that have an average retail price of $525 – $650. Look for a hands-on article on the INOX watch and connected Cybertool accessory after Baselworld 2016. victorinoxwatches.com