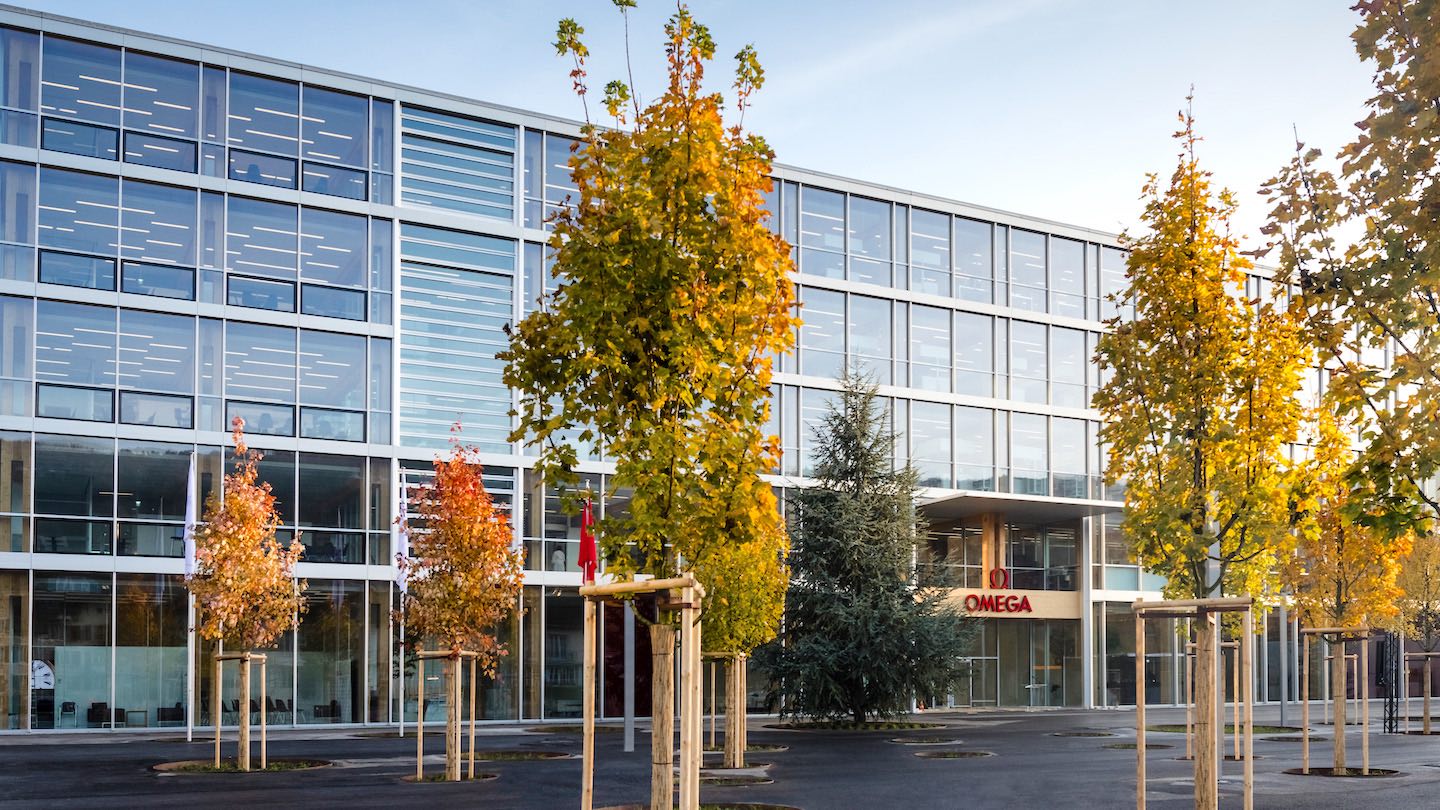 A Look Inside The All New Omega Factory In Bienne 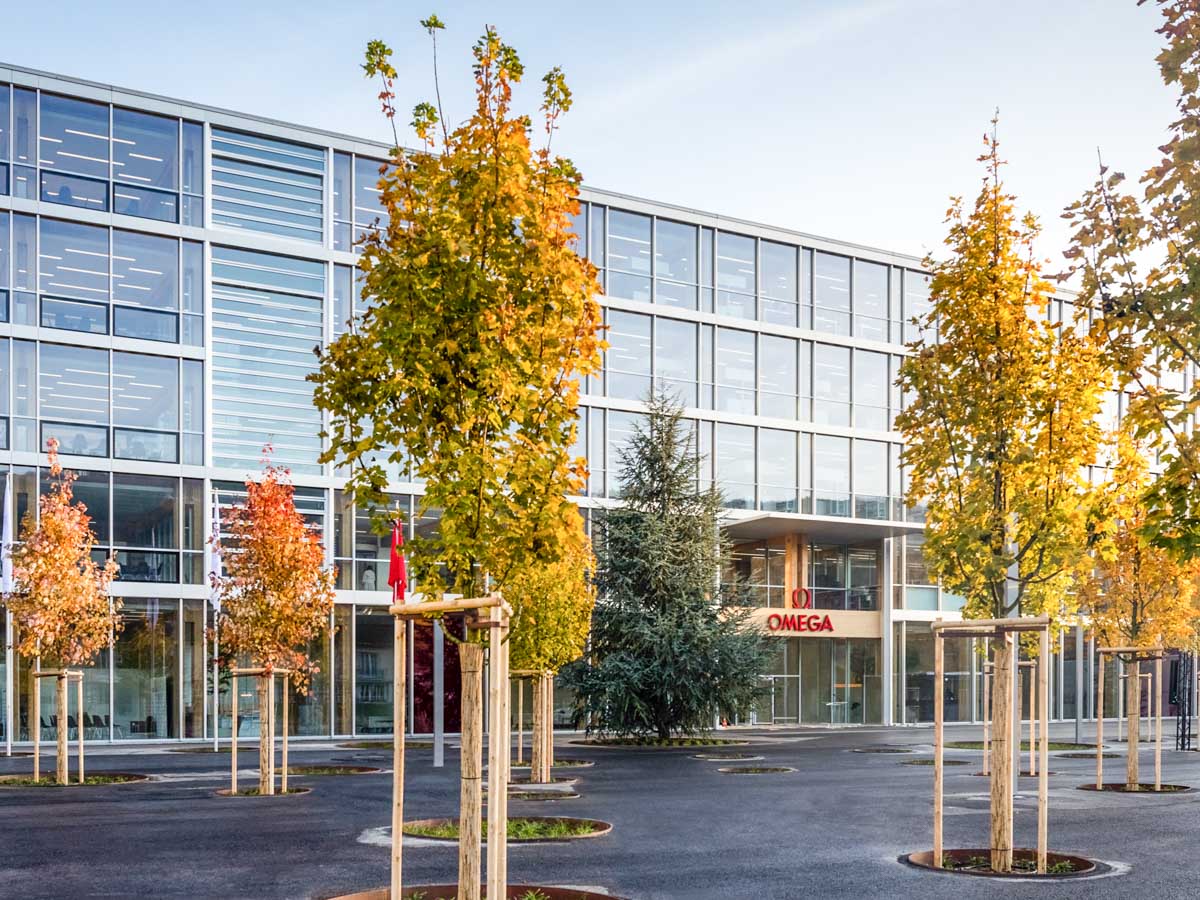 After 12 years of planning and development, Omega watches opened the doors to its newest mechanical watch assembly facility in late 2017. Japanese architect Shigeru Ban proved his exceptional skill as well as understanding of Omega’s core values when designing the Nicolas G. Hayek Centre in the Ginza business district of Tokyo. Inspired by traditional watch manufacture style, the Omega Watch Factory is anything but your typical watchmaking facility. 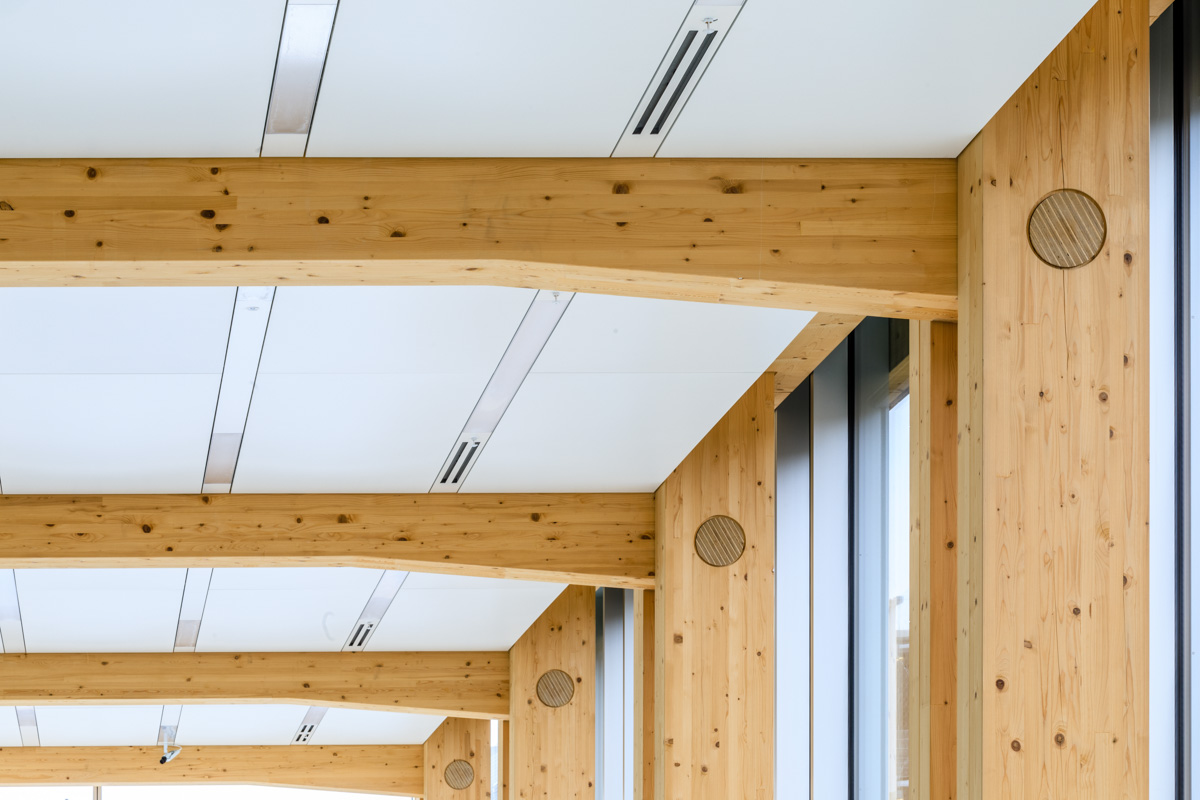 It is a brief, but telling medical report on the state of the watch industry how many – or, shall we say, how few – truly new watch manufactures have been built and opened recently… And it is an equally telling tale on who’s been doing exceptionally well, when you look at those able to afford such a risky and gargantuan investment into themselves and their own future. We have visited the all-new Omega Factory, as they like to call it, in Bienne, to see how the shining new manufacture is different from the rest. 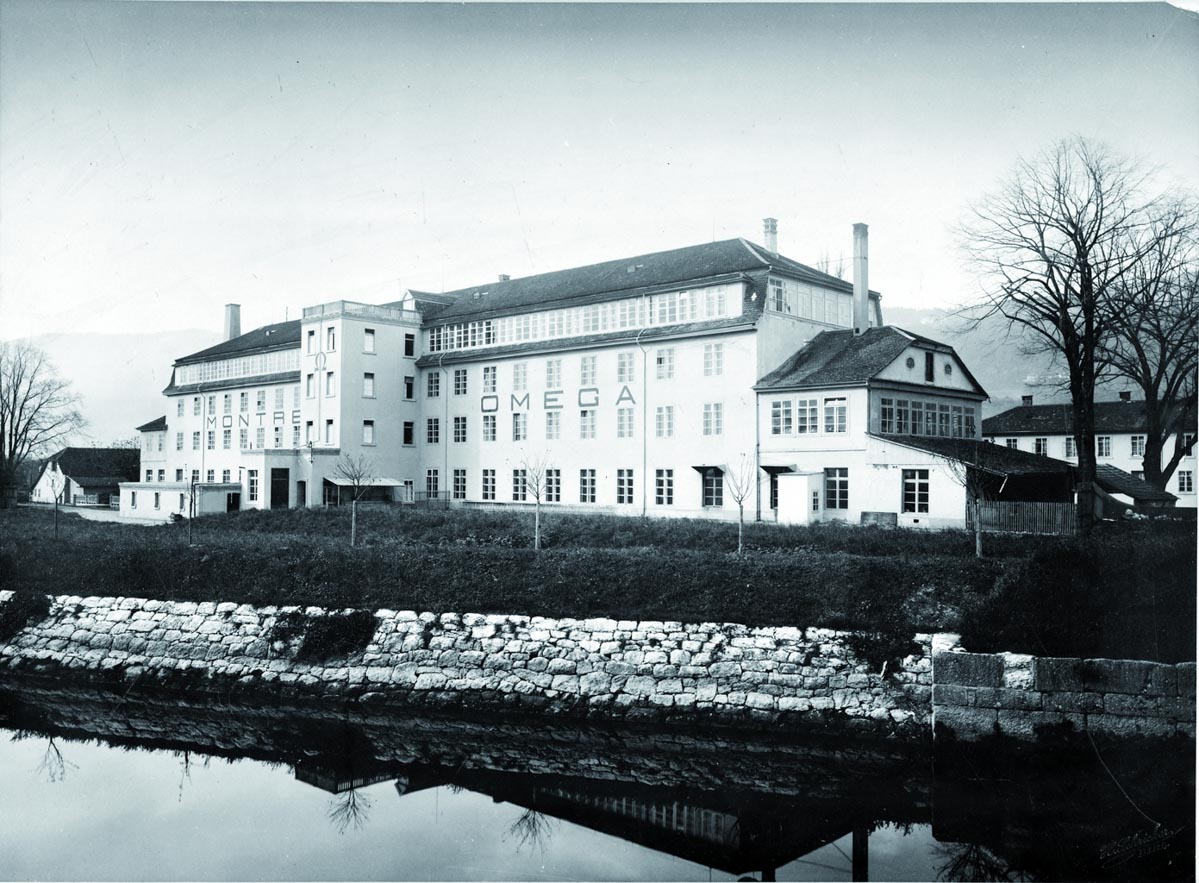 I mean, no one really bats an eye anymore if a new car, electronics, or clothing manufacture pops out of the ground from one day to the next in any part of the world, but the majority of the luxury watch industry has been having rather more pressing issues to deal with recently than to commission and construct massive new production capacities – especially after many have burned themselves quite badly by overreaching in some bubbly markets. 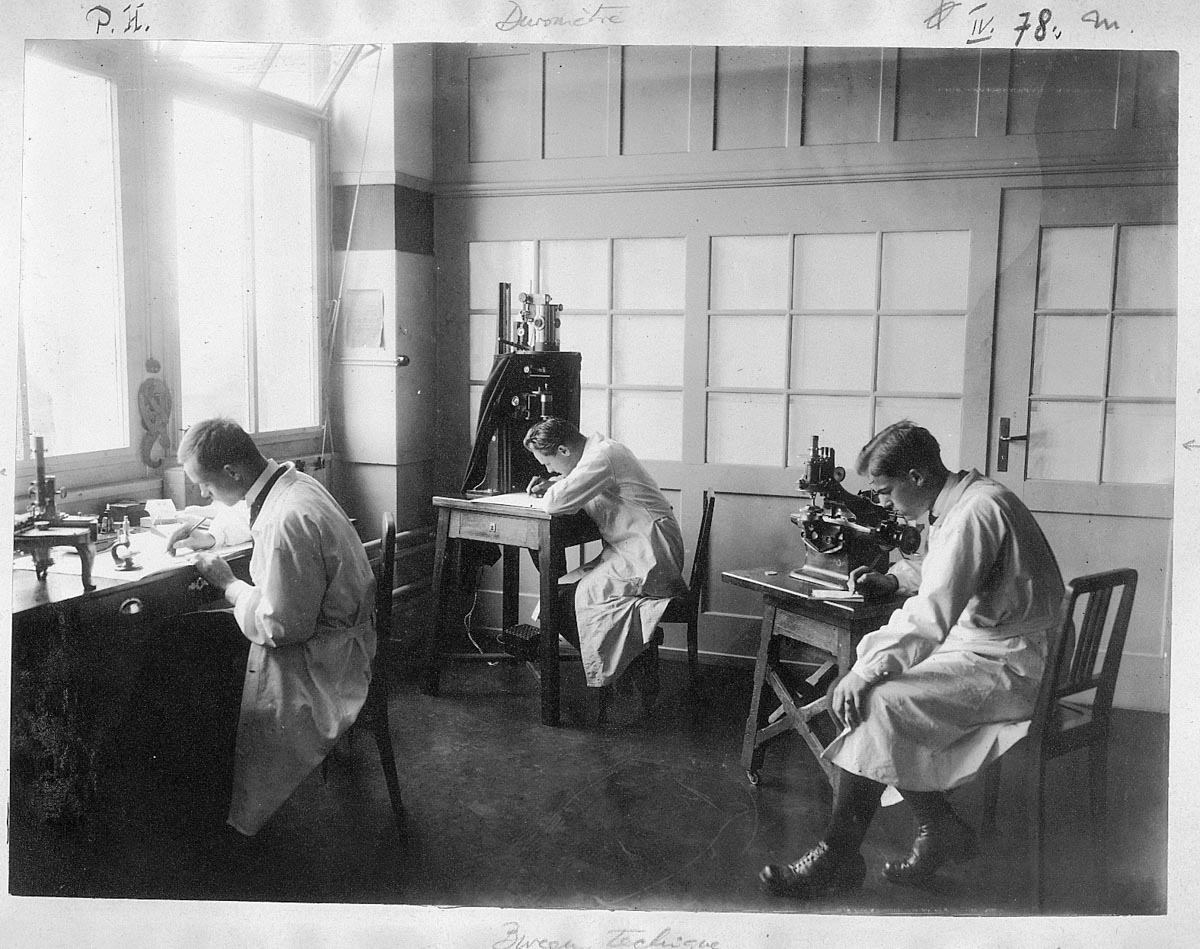 I know you are by every chance here to learn about how this new manufacture can be different from the others, and we’ll get to that soon enough – I just fancy a tiny bit more mental exercising, before we let the secure, but silent doors of the new building slide apart in front of us. Before our visit, I had been toying with the idea of just how many things have to come together for a watch brand to end up deciding something along the lines of “yep, we are pretty sure we absolutely must spend an incomprehensible sum on a new manufacture to be able to perform at our best!” 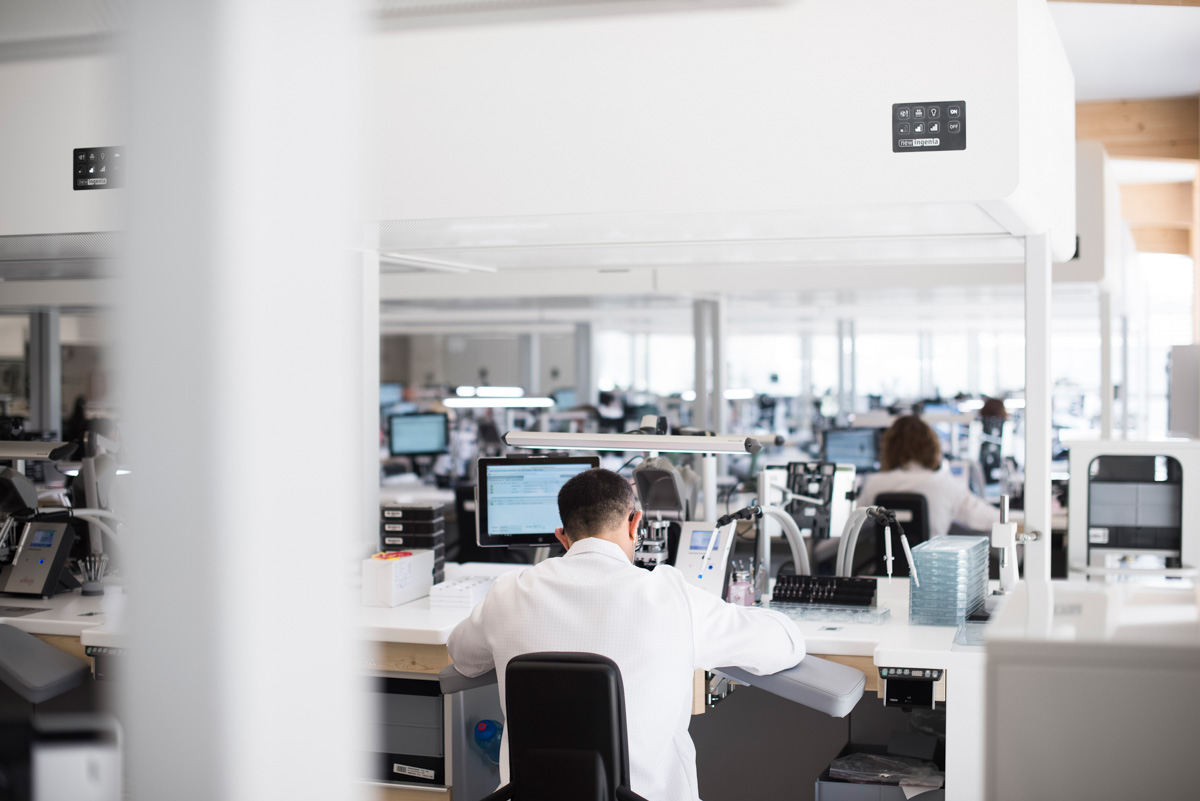 …and today, inside the all-new Omega Factory.

Just imagine the number of different minds that must be put at ease about such an investment – if I were an accountant at Omega, I’m pretty sure I’d be grey like Gandalf or, worse still, balder than Vin Diesel by now. But a new Omega factory did happen, in fact it had to happen, because if brands like Breguet and Blancpain and Jaquet Droz and Harry Winston were meant to be the shiniest jewels in the Swatch Group’s crown – which all need a bit of polishing, to put it mildly – I find it’s not a stretch to say Swatch Group’s crown itself is Omega… And, while we are at it, Swatch are the hard-working people. 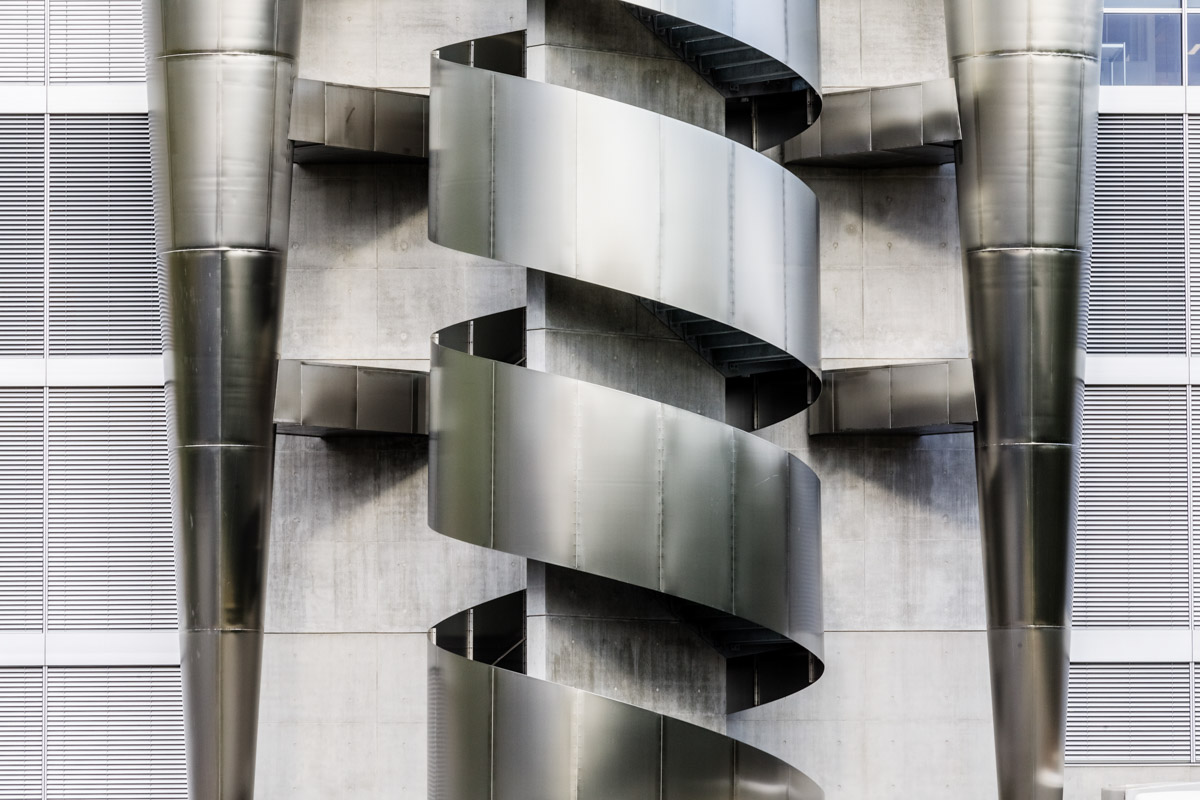 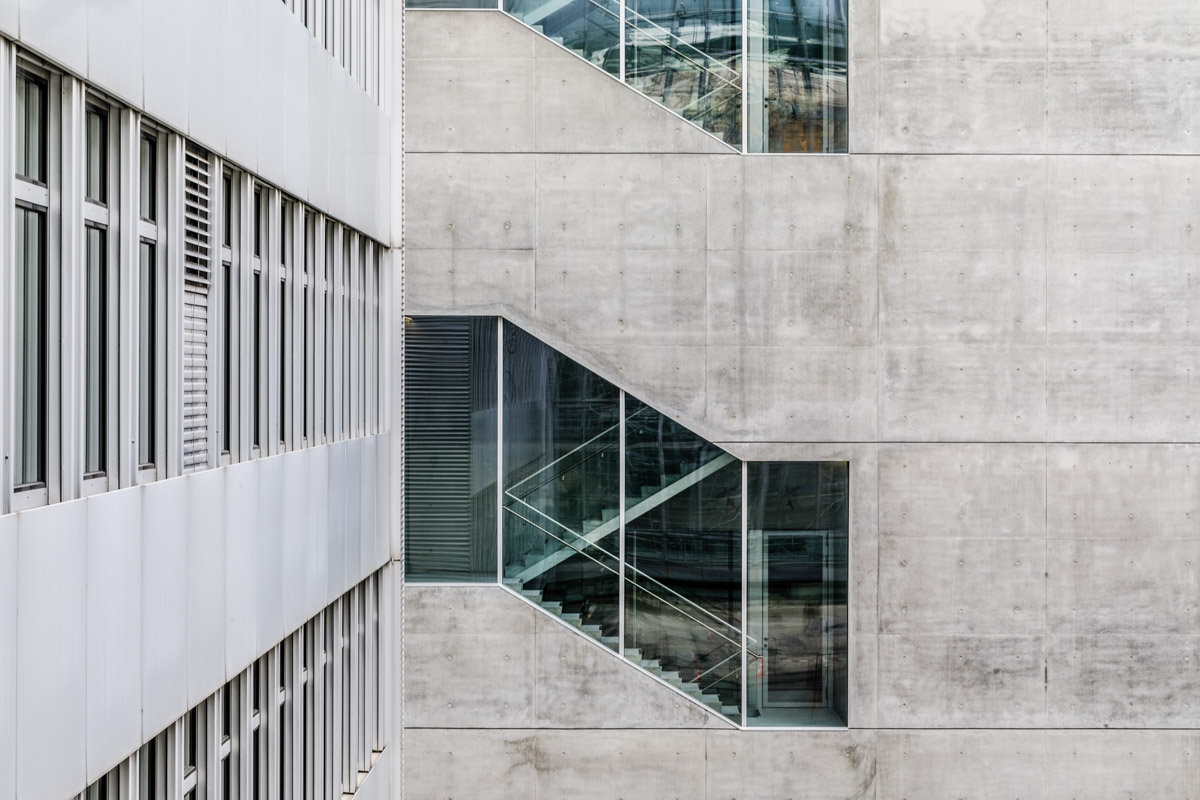 It’s important to mention that the new factory is not an extension of the previous one but rather a replacement. This is to say that while the new building does have extra capacity built into it – it would be idiotic not to do so when constructing an all new facility – it serves a purpose very different from merely seeking a boost in output.

Unsurprisingly, Omega refers to this new, 16,000 square meter (about 170,000 square foot), five story, high-tech facility as a new chapter in its history of innovation and manufacturing. Brimmed with the latest manufacturing and quality control technologies, it clearly was designed to be sustainable not just from an ecological standpoint, but from an efficient workplace’s perspective as well. 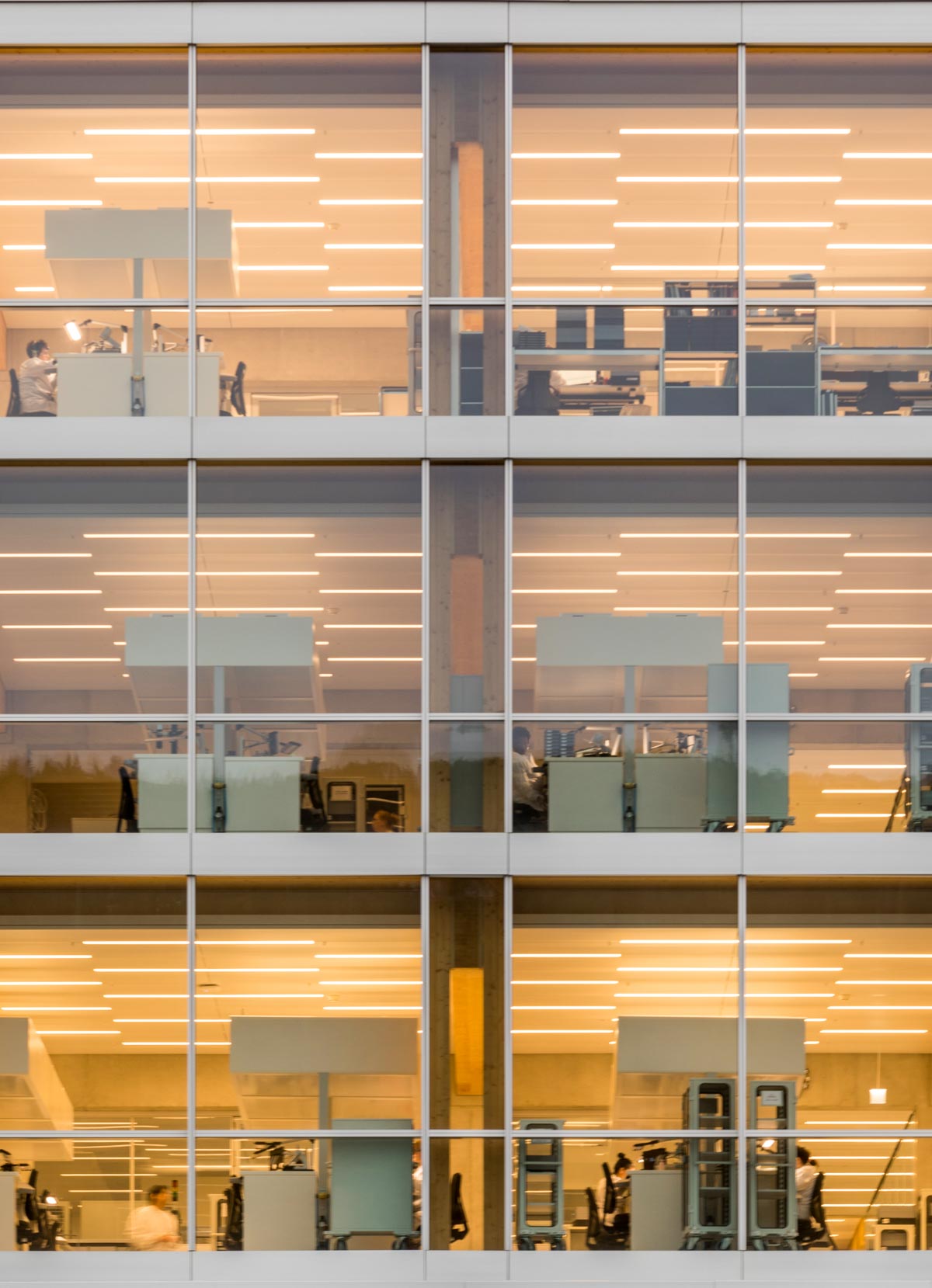 Naturally, the new facility is right next door to the old one, situated in the expectedly sleepy town of Biel – or Bienne, if you prefer the French version like Omega does. It was here, under Rue Jakob-Stampfli in 1882 that Louis Brandt & Fils opened their workshop (self-proclaimed Omega historians will scream at this point saying that Louis Brandt founded the predecessor company back in 1848 in La Chaux-de-Fonds and they’d be right, except for the screaming part of it). Omega, as the operation has been called since 1903, to this day remains to be found on Rue Jakob-Stampfli, though with a much, much increased footprint both literally and figuratively speaking. 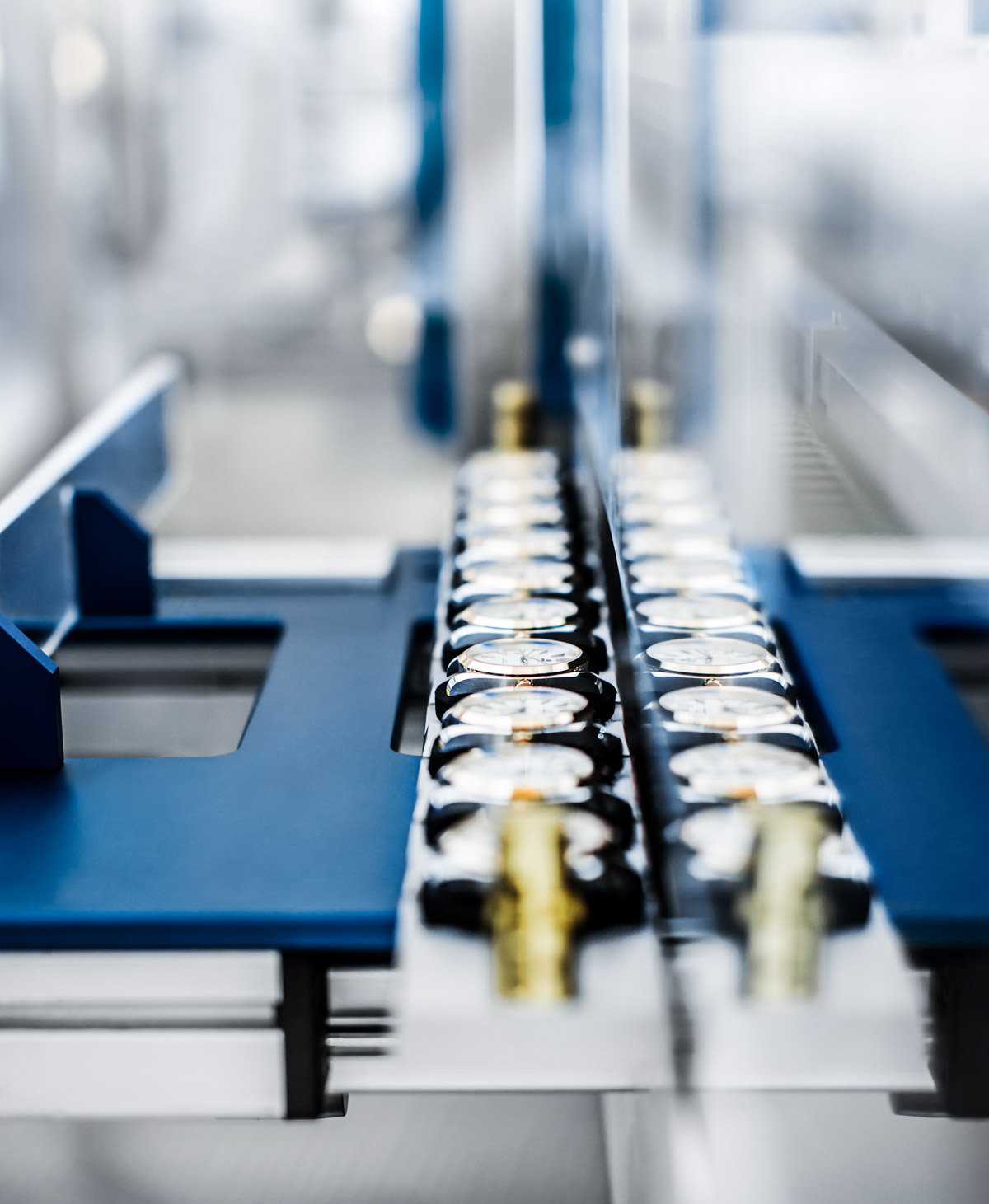 One of the main goals with the new building was to bring all operations under the same roof; all steps from watch assembly, bracelets, packaging, and shipping are now performed in this single location, without items having to be transferred elsewhere. Watchmakers’ speak would call these steps T2, T3, and T4. Those with a keen mathematical mind will have realized by now that T1, i.e. manufacturing is missing from this equation. Being a Swatch Group brand, it is easy to understand Omega’s collaboration with the Group’s manufacturing and R&D capacities with ETA, Asulab, and Nivarox-FAR – these are Omega’s sister companies with the know-how and technology required to produce the special movement components exclusively for Omega. 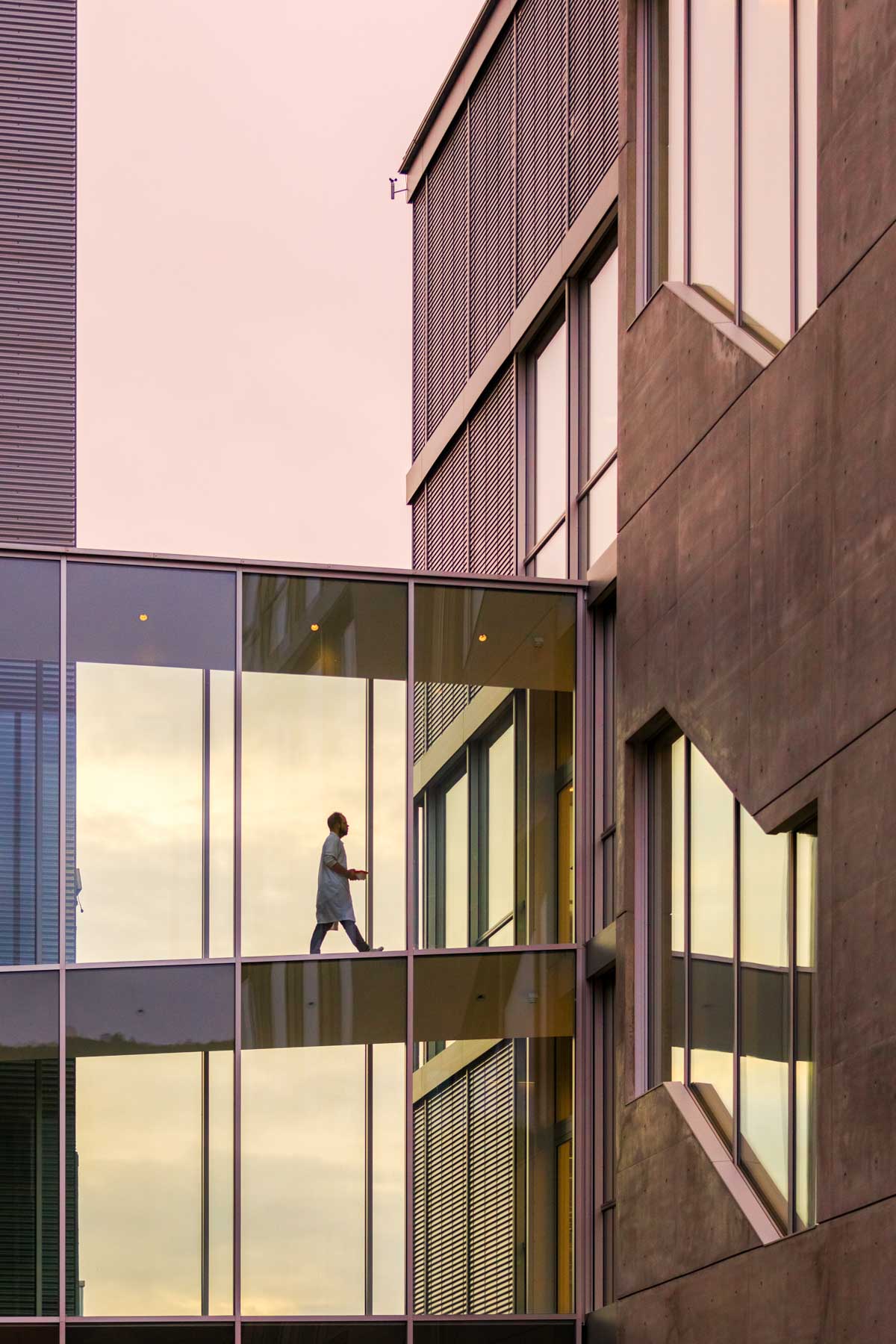 An interesting tidbit I found in Omega’s commentary on its new factory is this: “As a new generation of watch buyers emerges, Omega has revolutionized its facilities with this exciting development, all in readiness to meet their demands.” This actually works in a few easy ways to figure out on your own (a more efficient manufacture and a top-tier quality workplace can only do good for the product) and a few that are not quite so self-explanatory. 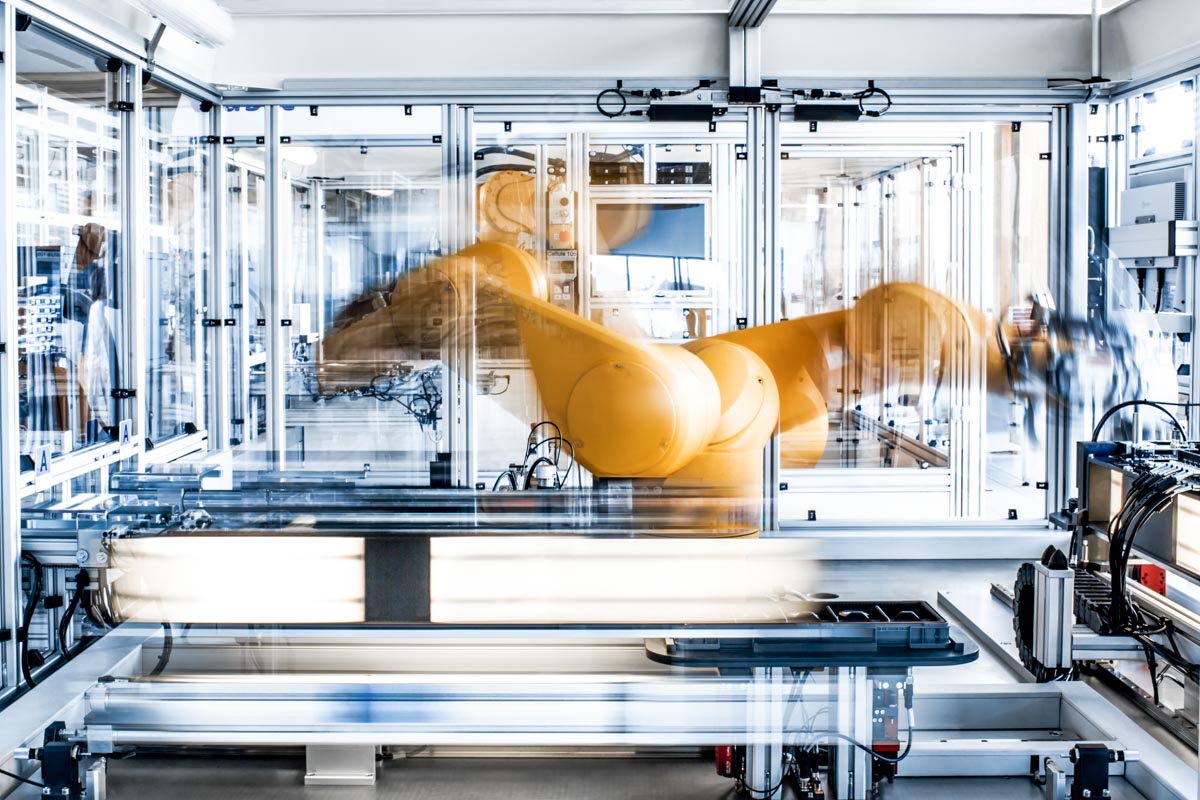 Omega’s plans are to move its after sales service department into the manufacture building it had been using up until the opening of the new place next door. This move likely comes as an answer to what has for long proven to be basically an industry-wide issue: the issue of terribly slow and inefficient after sales. Clearly not all brands perform equally (or, should I say, equally bad), but it sounded like ensuring that Omega has an after sales capacity that matches its output and hence provides an ideal experience for Omega watch owners is an important, though little talked about improvement the move provides. 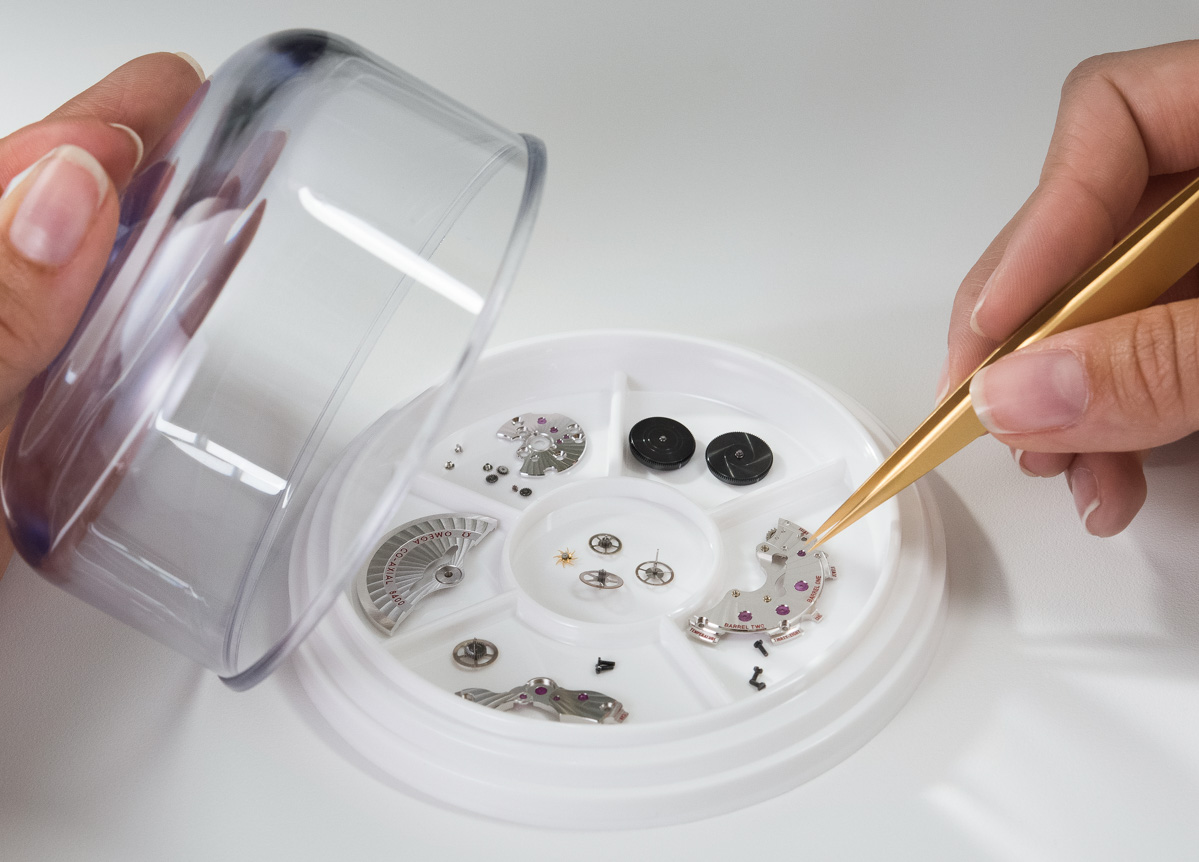 With all this said, let’s get down to the nitty-gritty of the new factory. Designed by world renowned architect, Shigeru Ban, the new facility – along with the new Swatch HQ that’s under construction next door (also designed by Shigeru-san) – means a deep breath of fresh air for those tired and bored with the decidedly timid Swiss architecture. 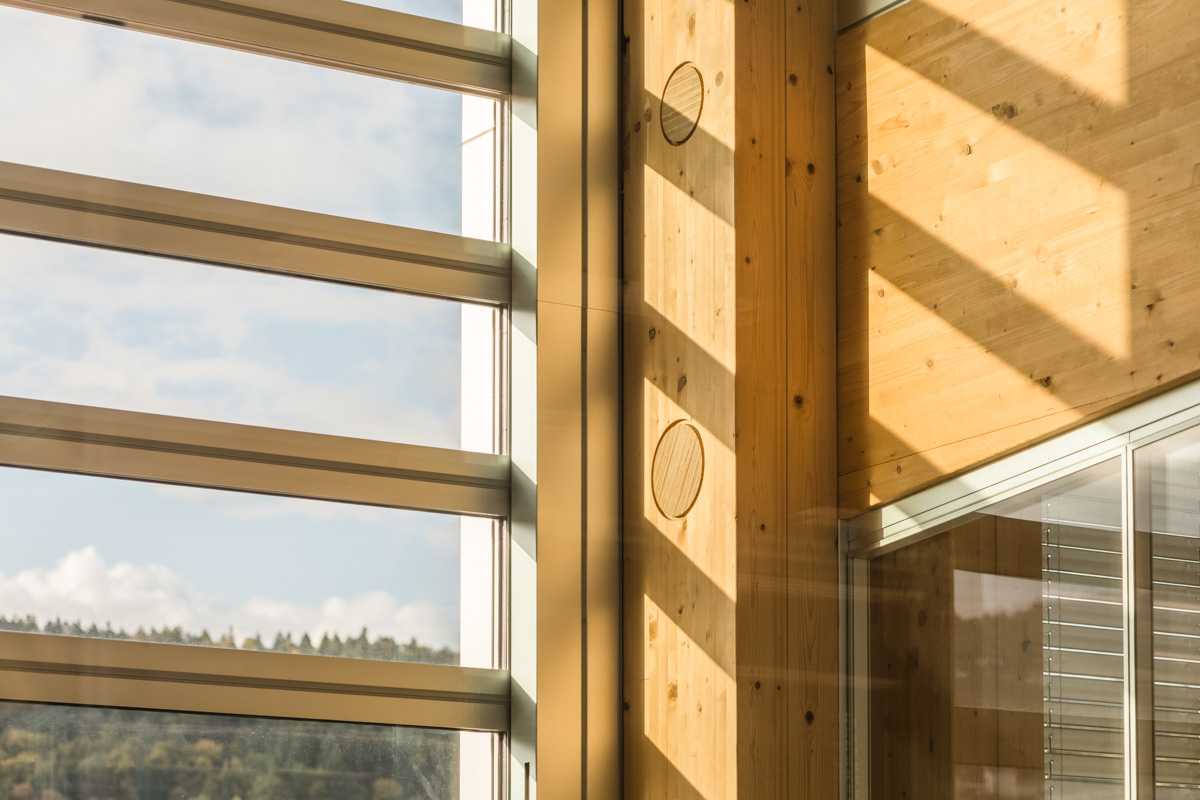 Even all the wood used in the new building was specifically requested to be from Switzerland.

In 2014, Shigeru-san was awarded with the Pritzker prize, one of the most prestigious awards in architecture for his significant contributions to architectural innovation and philanthropy, with the jury declaring him a “tireless architect whose work exudes optimism.” We tip our hats to Omega for hiring someone as widely acknowledged and creative as the Japanese architect.