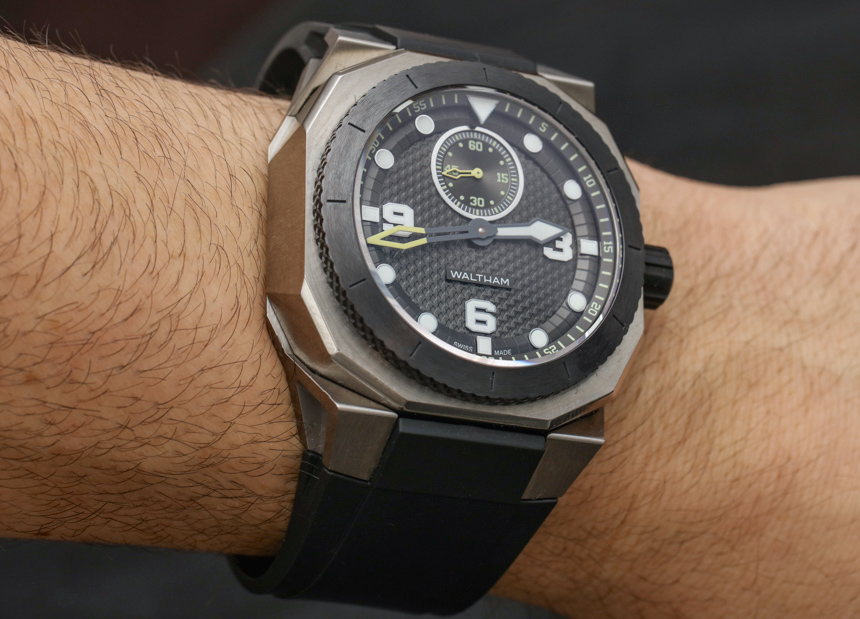 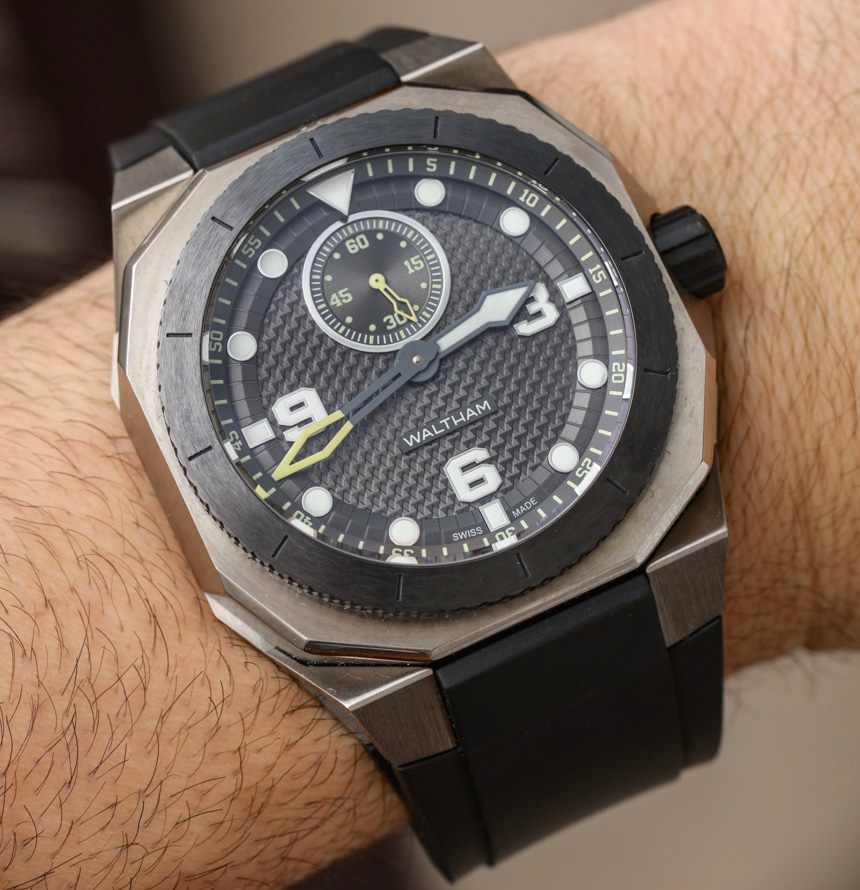 My fascination with modern looking (albeit traditionally mechanical) sport watches leads me to take interest in a healthy range of timepiece specimens. The Waltham AeroNaval XA Pure watch is one of them. Some of these watches are authentically able to rough and tumble in the wilderness, and some have all the off-road presence of a luxury SUV – with the accompanying likelihood that they will actually see unpaved road at some point in their lives. In short, while most people don’t actually include their luxury sport watches in… well sports, there is something to be said about wearing something “macho” on your wrist.

I recently had a conversation with Jean-Claude Biver about the original Hublot Big Bang. When it was released in 2005, the point was to take the basic shape of “pre-Biver” Hublot watches, and make them a bit more modern looking and aggressive. Biver said that he actually instructed the designers to make it “macho.” Is such a brazen design instruction a good idea? Are men so easily persuaded by being drawn to “macho” stuff, especially in the refined sphere of luxury goods? It turns out we are. Of course, I can’t speak for all men’s taste out there, but an otherwise utilitarian watch served up with a healthy dollop of testosterone and some extra muscle does help get a lot of watches on people’s wrists. 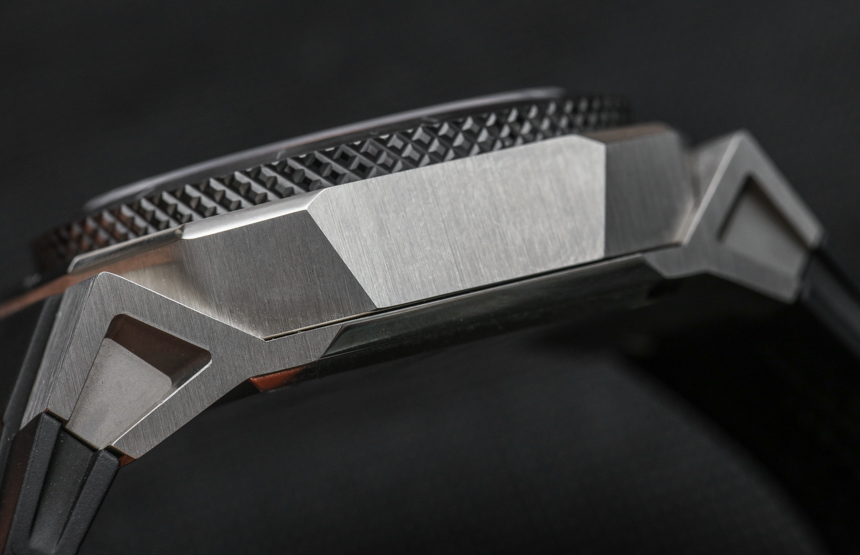 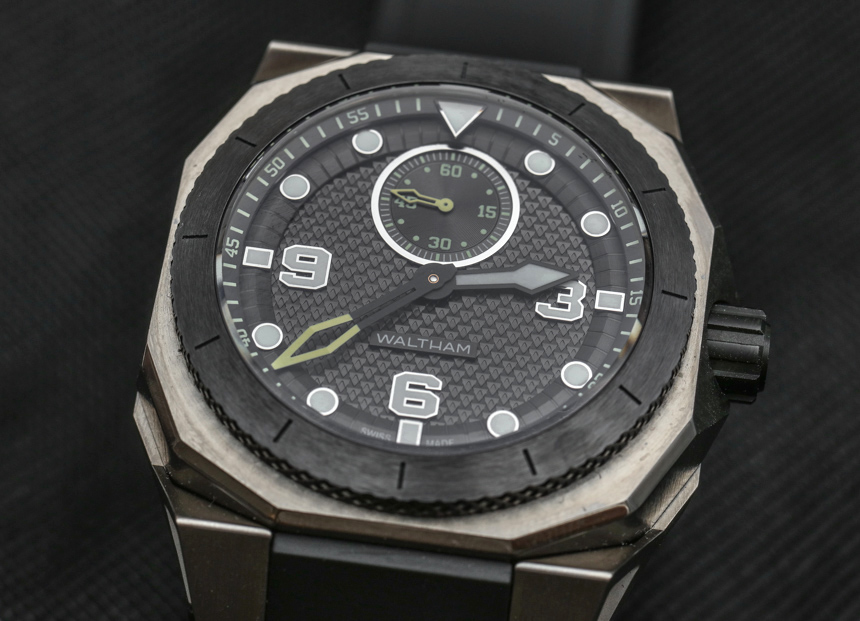 Whether you like your watches macho or more elegant, the reality is that no one wears a watch simply because it indicates the time. Rather, the decision to wear a watch is based on its personality, which in my opinion is typically a function of the character in the design. Waltham isn’t trying to be Hublot, but at the same time the modern version of the once-American brand is trying to take pieces from their own history, and make them more macho. Waltham is by no means alone, as many luxury men’s watches out there seek to find that right mixture of functionality, familiarity, comfort, masculinity, and of course visual distinctiveness. 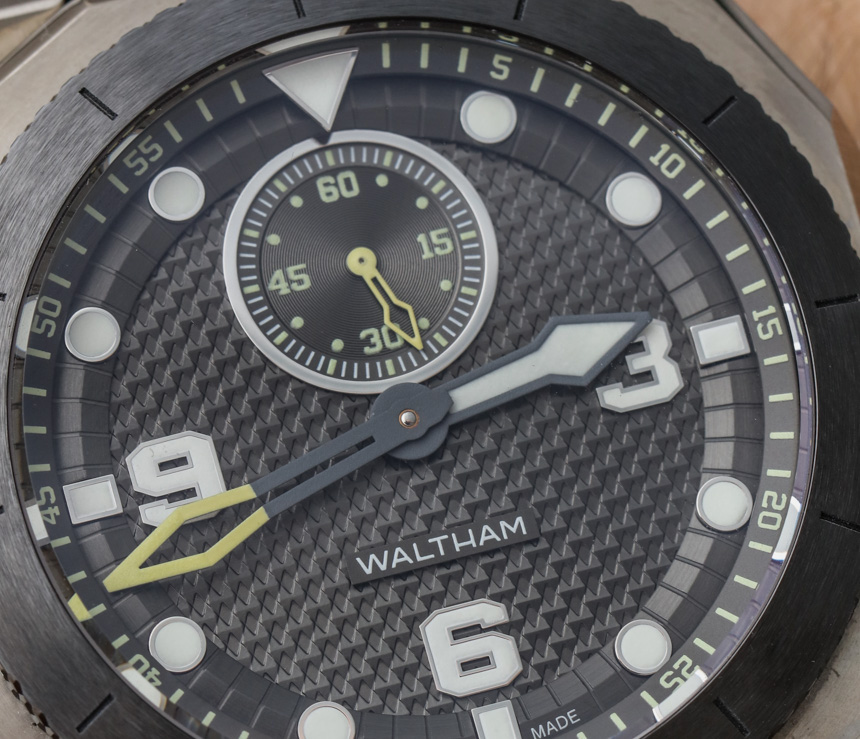 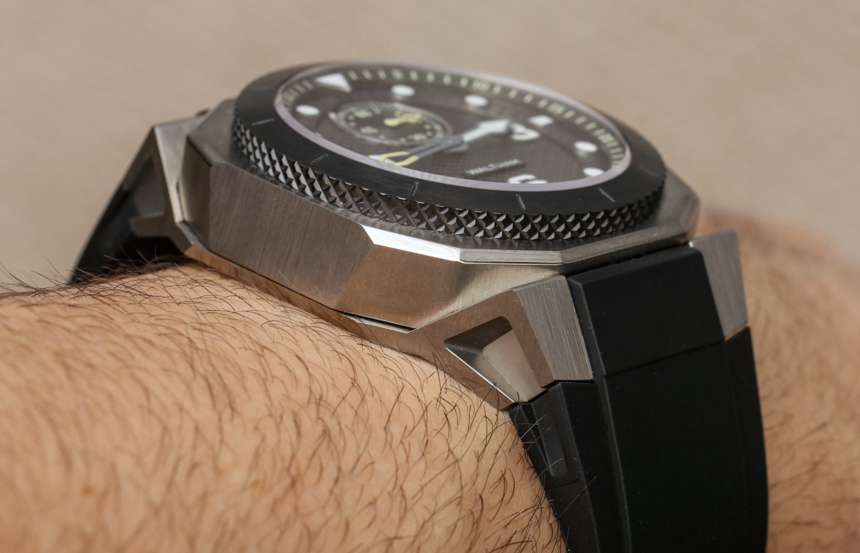 I, therefore, can’t pinpoint any one area where the Waltham AeroNaval XA Pure separates itself from the pack, but will rather include it as one possible “macho guy’s watch” flavor within a market where choice is a good thing. The guy who will likely choose a Waltham over a brand with more contemporary name notoriety is going to be someone who likes a focus on legibility and “big watch design” values, but who also enjoys the attention of having something that many people don’t have. This isn’t a Hublot, Audemars Piguet, Rolex, TAG Heuer, or Omega. It is somewhere outside of these mainstream brands – closer to the world of the small independent watchmakers. With that said, the quality of the watch itself, mixed with its interesting looks makes the watch feel a lot more comfortable in its skin than you might expect from smaller, independent watch brands. 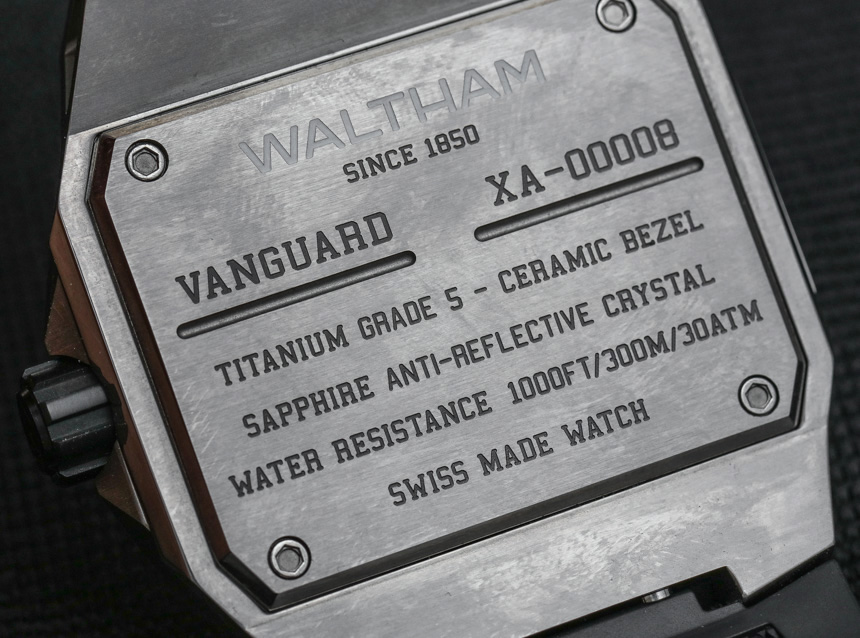 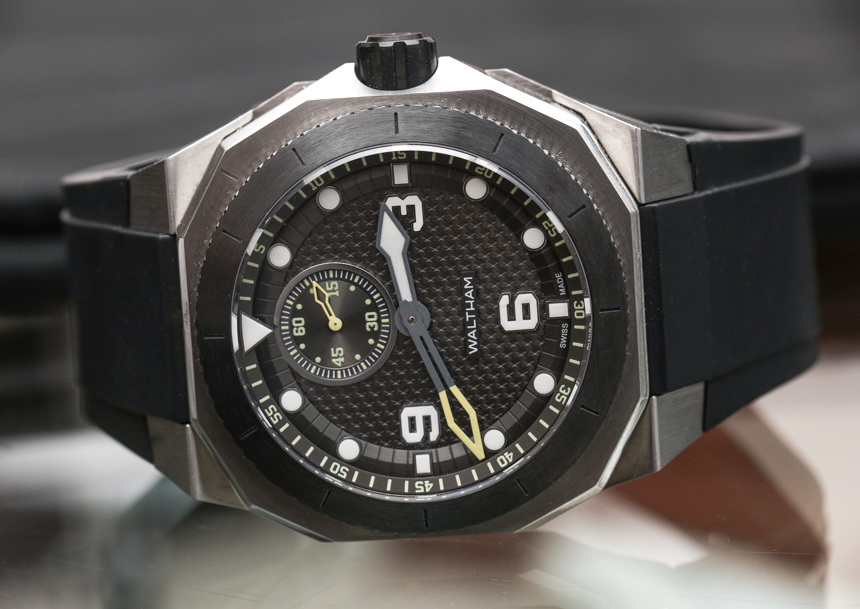 I feel that so much discussion about the brand and product positioning is important because a lot of watch lovers see products like this and aren’t quite sure how to think of them within the context of similar products. While I can’t compare Waltham to any other specific brand, I can simply say that it exists among those brands that are no doubt boutique (which also implies more exclusive), and tend to have more of a focus on product over brand image, while thriving exclusively because their watches stand out – versus blending in. 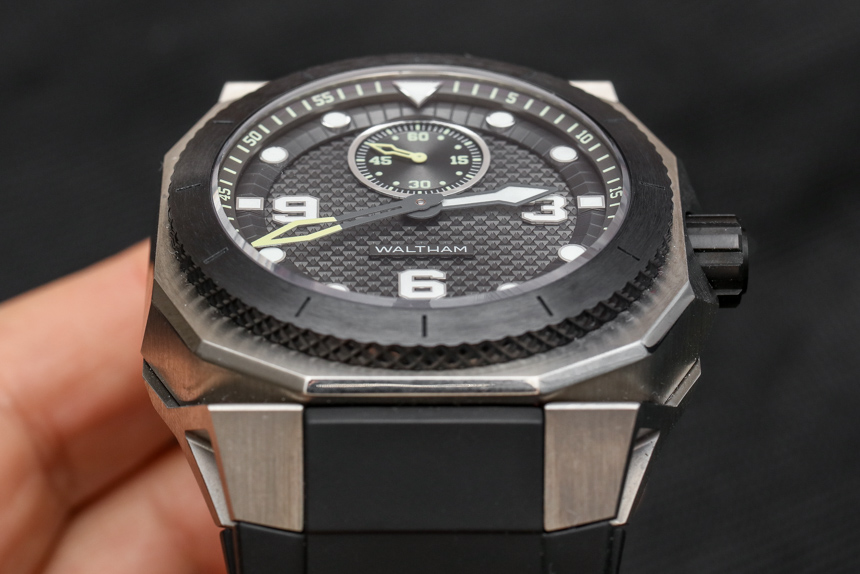 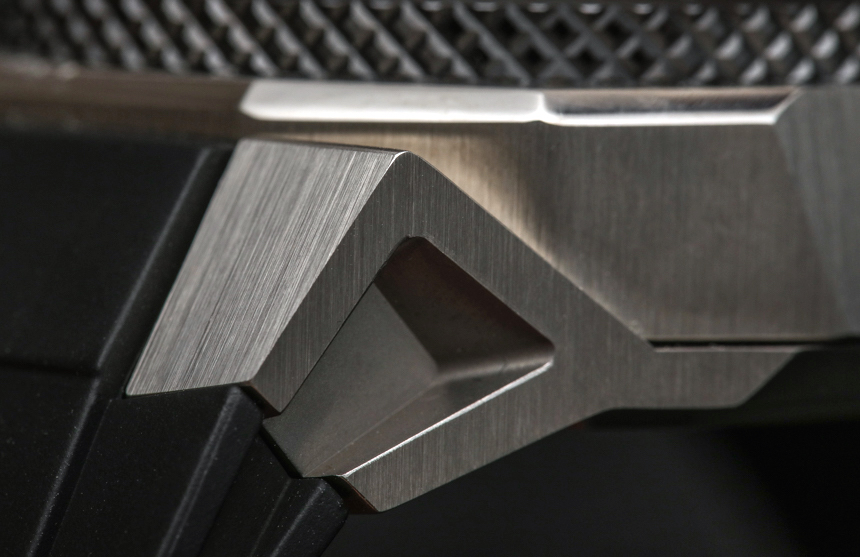 Waltham is no longer an American company, but these watches are inspired by vintage military clocks Waltham made for the US military. There is also a less than subtle attempt to give the Waltham XA collection a “Texas-sized” feel. Waltham also produces the slightly smaller-sized AeroNaval AN-01, but the XA (with the XA Pure as reviewed included) has a 47mm wide titanium case – that is even larger feeling because of its blockier case design. The sharp geometric lines of the case and integrated lugs are interesting and fun to look at. The grade 5 titanium case is nicely machined, and around the bezel is a thick piece of black ceramic which is brushed on the top and given a knurled texture on the sides. If the XA collection is lacking anything, it certainly isn’t interesting case detailing.