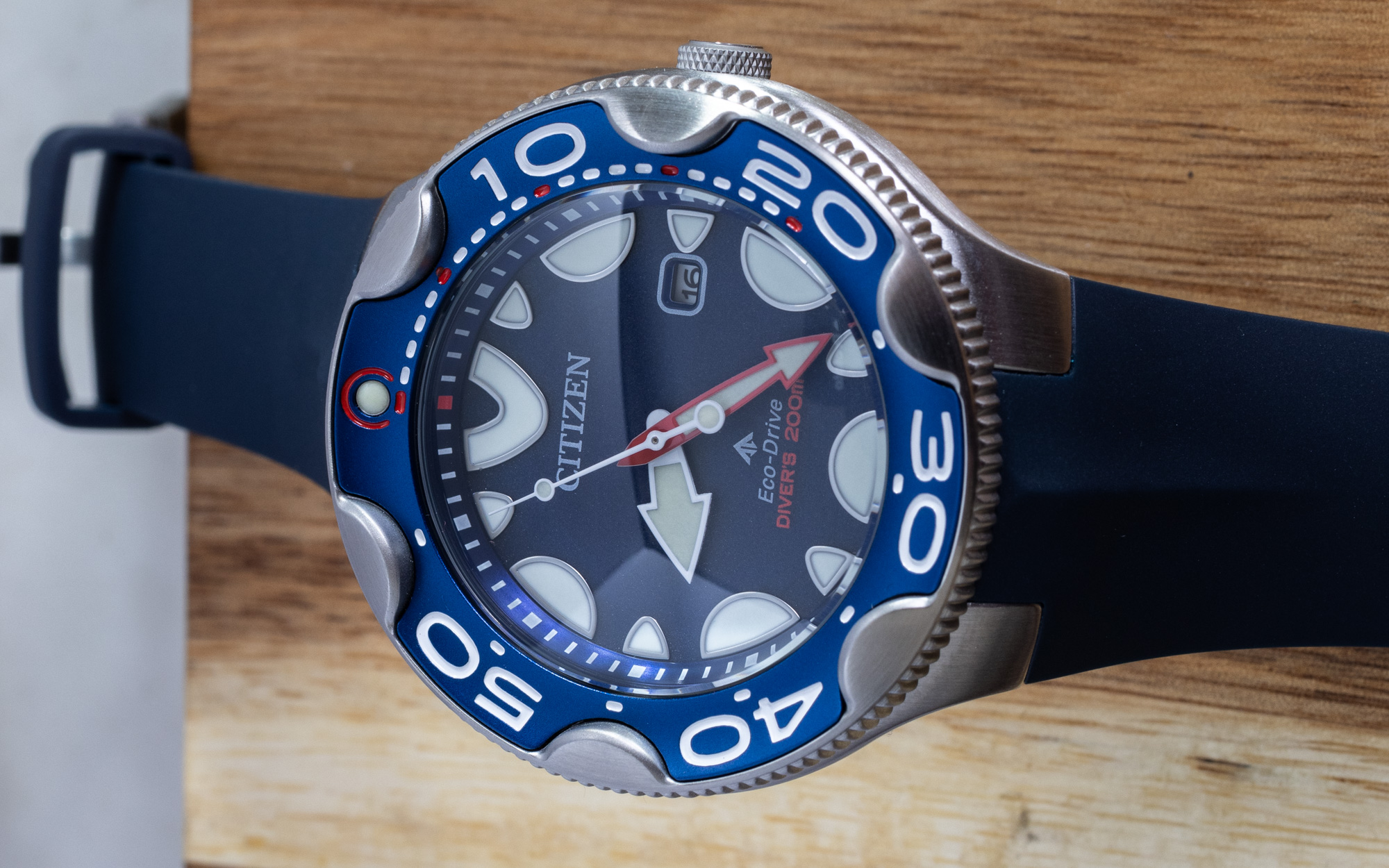 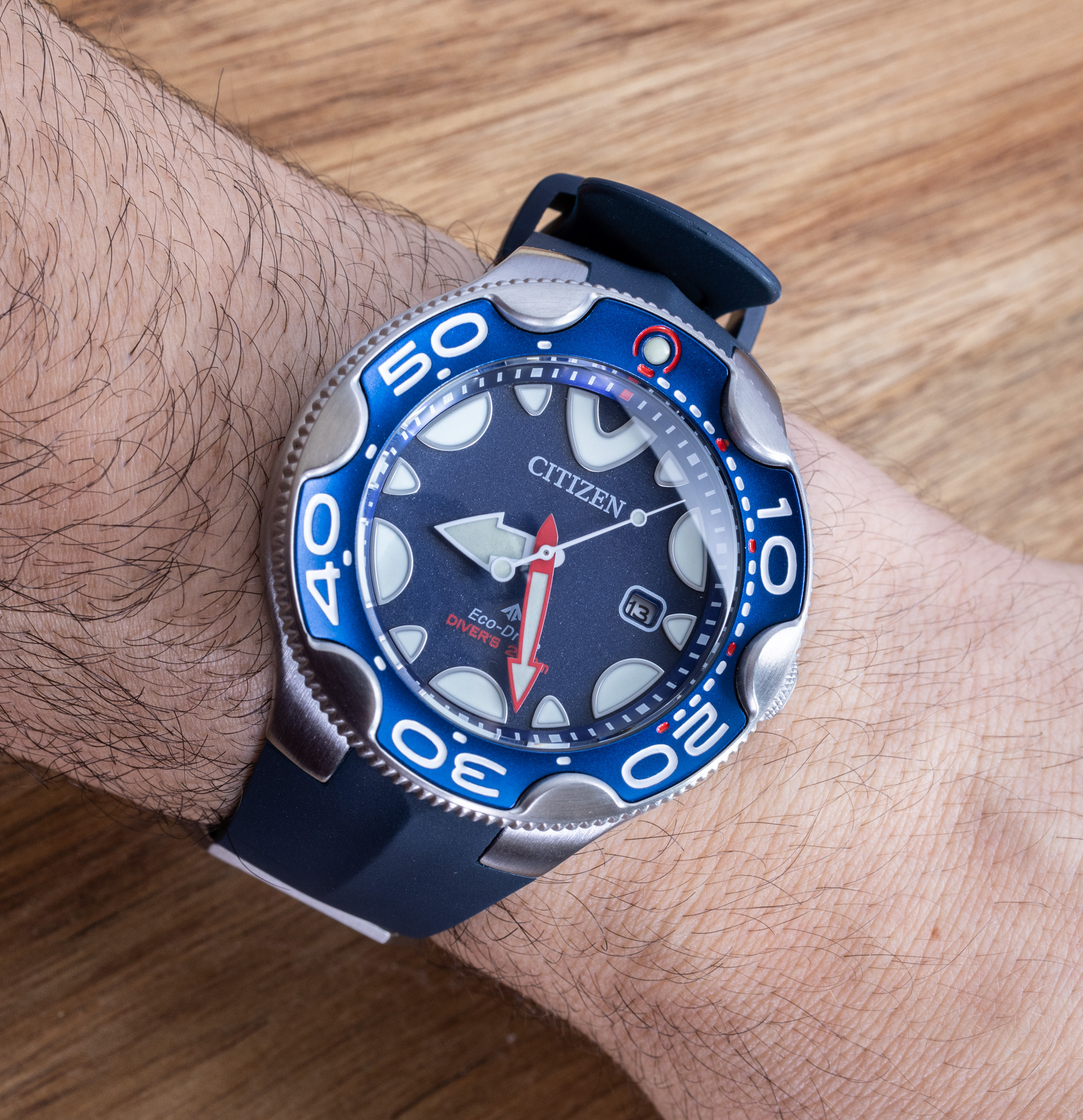 For 2022, Japan’s Citizen watches reintroduces a classic Promaster sports watch from not too long ago. I recall seeing a lot of Citizen “Orca” watches in the early 2000s among the more popular and funky of the Citizen Eco-Drive dive watches out there. The Orca name seemed to go with the large circles and curves on the watch case, bezel, and, of course, dial. While the re-released watches still don’t technically have “Orca” as part of the name (the watches are officially just known as “Promaster Dive” and individually identified by their referenced number with the pictured version being the reference BN0231-01L), Citizen clearly uses the “Orca” term when describing the watch on its website.

The bulbous nature of the hour markers, bezel, and even hands is an interesting look and has aged pretty well, actually. “Bubble” features on watches were popular in the 1990s and into the early 2000s, one of the most popular of which was the Corum Bubble family. Fans of the Citizen Orca will probably love the detail on the caseback, which is a full-color painted engraving of a killer whale (orca) on the rear of the case. If that detail doesn’t make you smile, then you clearly don’t like watches. 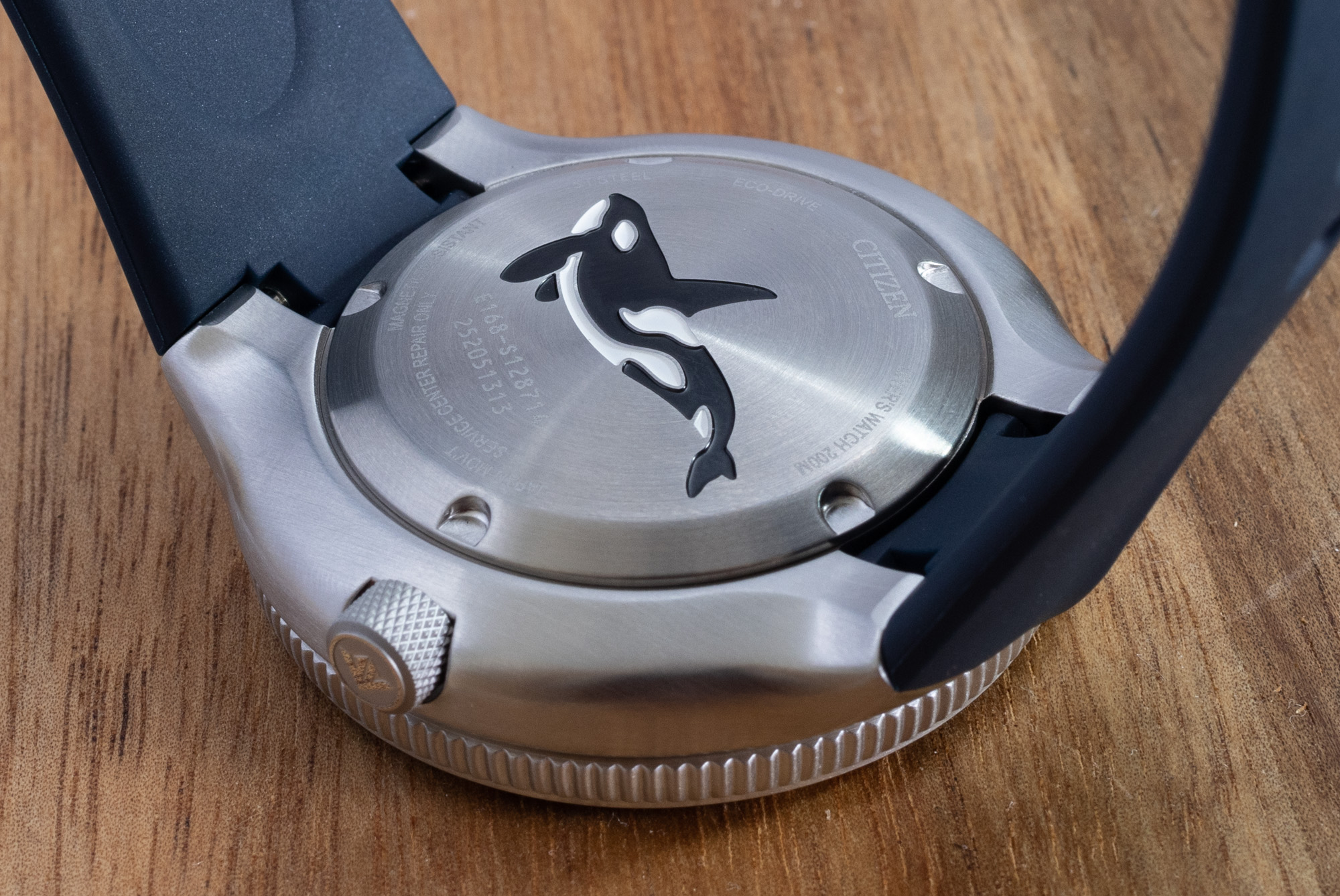 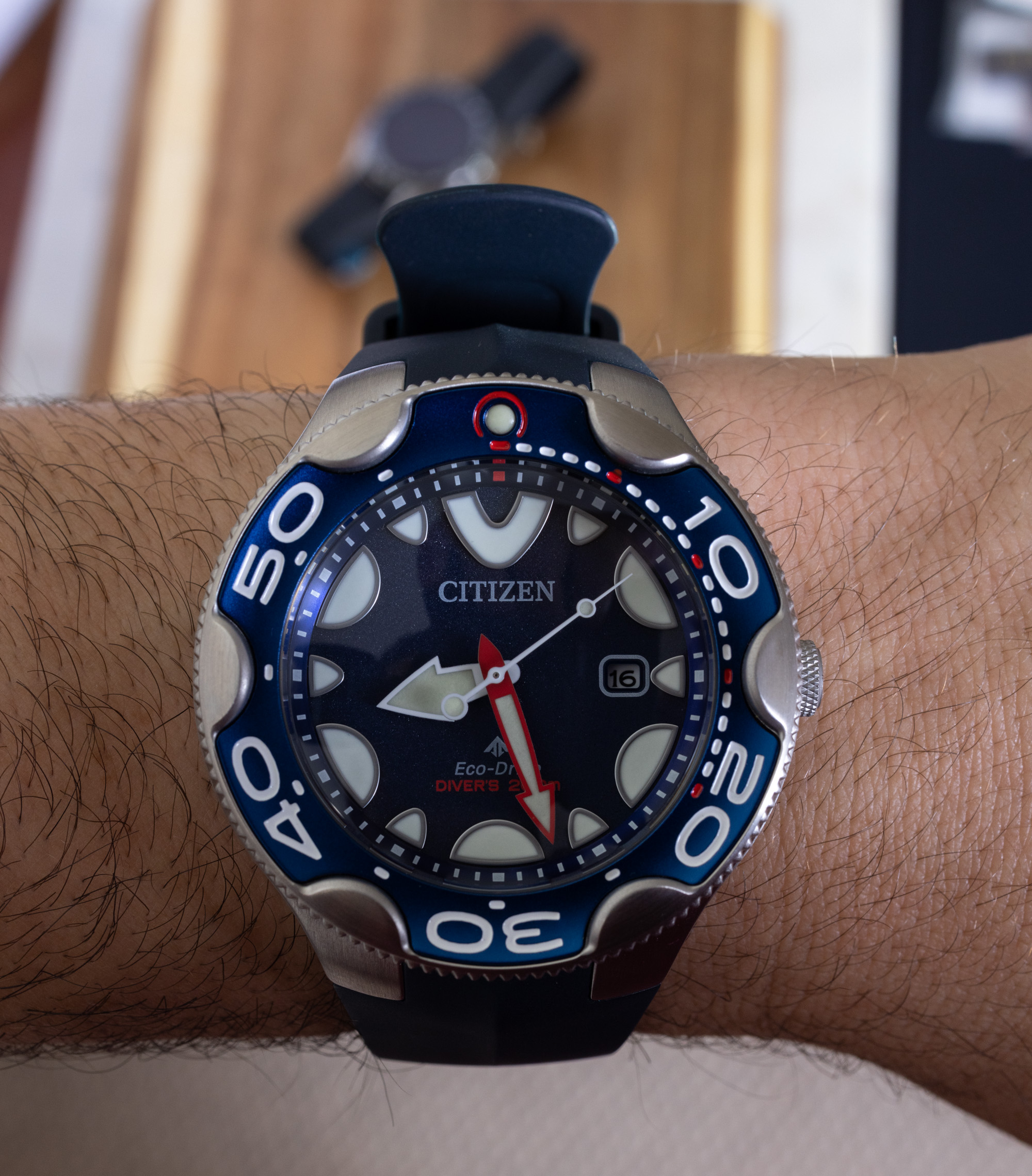 While the Citizen Promaster Dive Orca is a legit diver’s tool watch, it doesn’t really have any standout technical features that appreciably separate it from a lot of other diver’s watches in its class (many of those produced by Citizen). The reason to get one is that you like affordable diver’s watches, in general, and wish to wear one with a particularly fun, bold, and bubbly personality. As a sports timepiece, the Citizen Orca case is water resistant to 200 meters and the Promaster Dive is an officially ISO-compliant diver’s watch with all the necessary durability (such as anti-magnetism and anti-shock properties) and legibility. Lume is clearly a major part of the appeal here, as the hour markers and “fat” hands are slathered with it. It is true that the hands are a tad bit on the shorter side, but they are all wide enough and conspicuous enough to be read with ease. The hands are probably necessarily a bit shorter due to weight restrictions in the quartz movement, as well as their needing “room to move around” as part of the watch’s ISO-necessary shock-resistance qualifications.

On paper, the Citizen Promaster Dive Orca sounds larger than it wears. It measures 46mm-wide and about 14.2mm-thick, but it has a modest lug-to-lug distance of about 50mm with lugs that curve around your wrist and sit low on the case. That makes the Orca wear very comfortably, even on smaller wrists. The Japanese are very adept at making watches that are large in size that feel nice on your wrist and are not oversized, in my opinion. The brushed steel case is water resistant to 200 meters and has a large uni-directional rotating bezel (that has fun, loud-sounding clicks). Over the dial is a domed mineral crystal, which is one of the very few things I wish was an upgraded part of the Ocra. Citizen does have sapphire crystals at these prices, but probably not sapphire crystals this thick and convex at such prices. Note how the raised steel sections of the bezel act as a sort of crystal guard, helping to prevent the crystal from being touched if there is an impact. 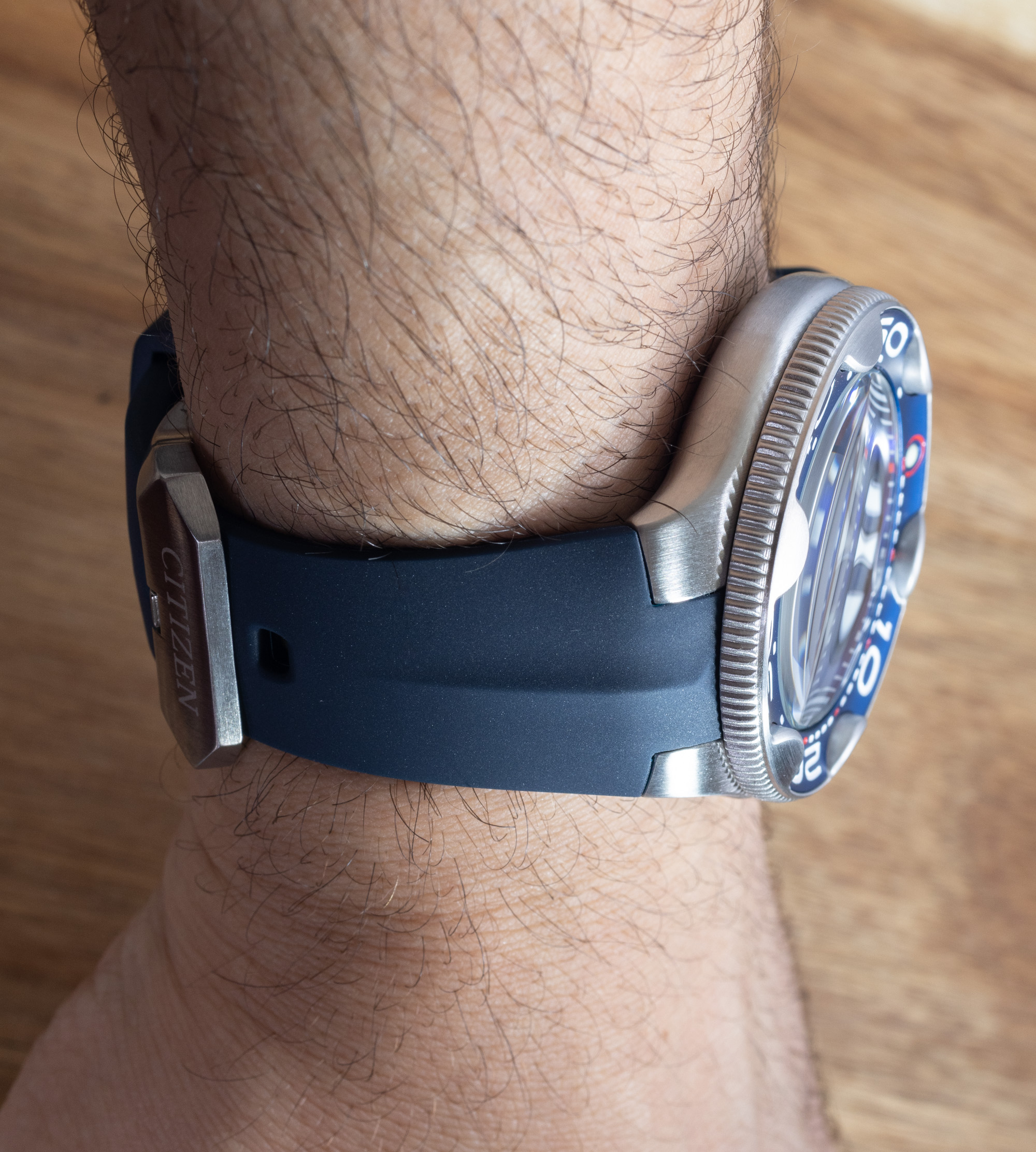 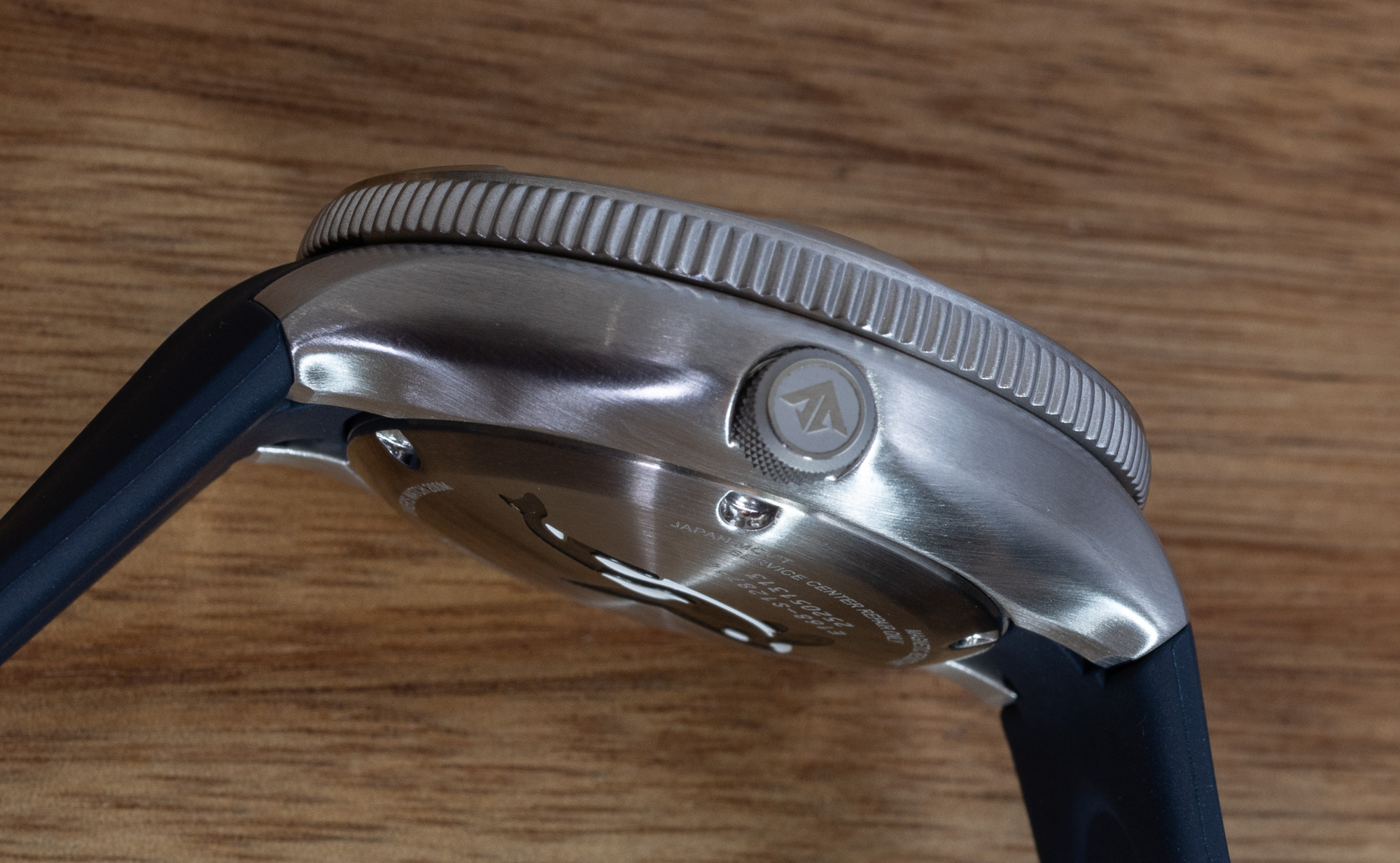 Attached to the Orca case is a fitted strap produced from polyurethane. It is a bit stiff, but I actually don’t mind it. Natural rubber is the best, but it is a lot more expensive to produce. Silicone is softer, but it also wears faster and tends to get dirty more easily. The shape of the strap is also elegant given its taper, center ridge, and hold system to prevent it from being pulled out of place. The strap, however, is on the long side, as it is intended to be worn either on the wrist or over a wetsuit. That said, this is one of the rare instances that I am not wearing a long strap on the smaller buckle pinhole.

Inside the Promaster Dive Orca watch is a Citizen-made Eco-Drive light-powered quartz movement. The last generation Orca watches had an Eco-Drive, and it makes sense that the new ones have it, as well. The quartz movement displays the time, as well as indicating the date via a window at the 3 o’clock position on the face. 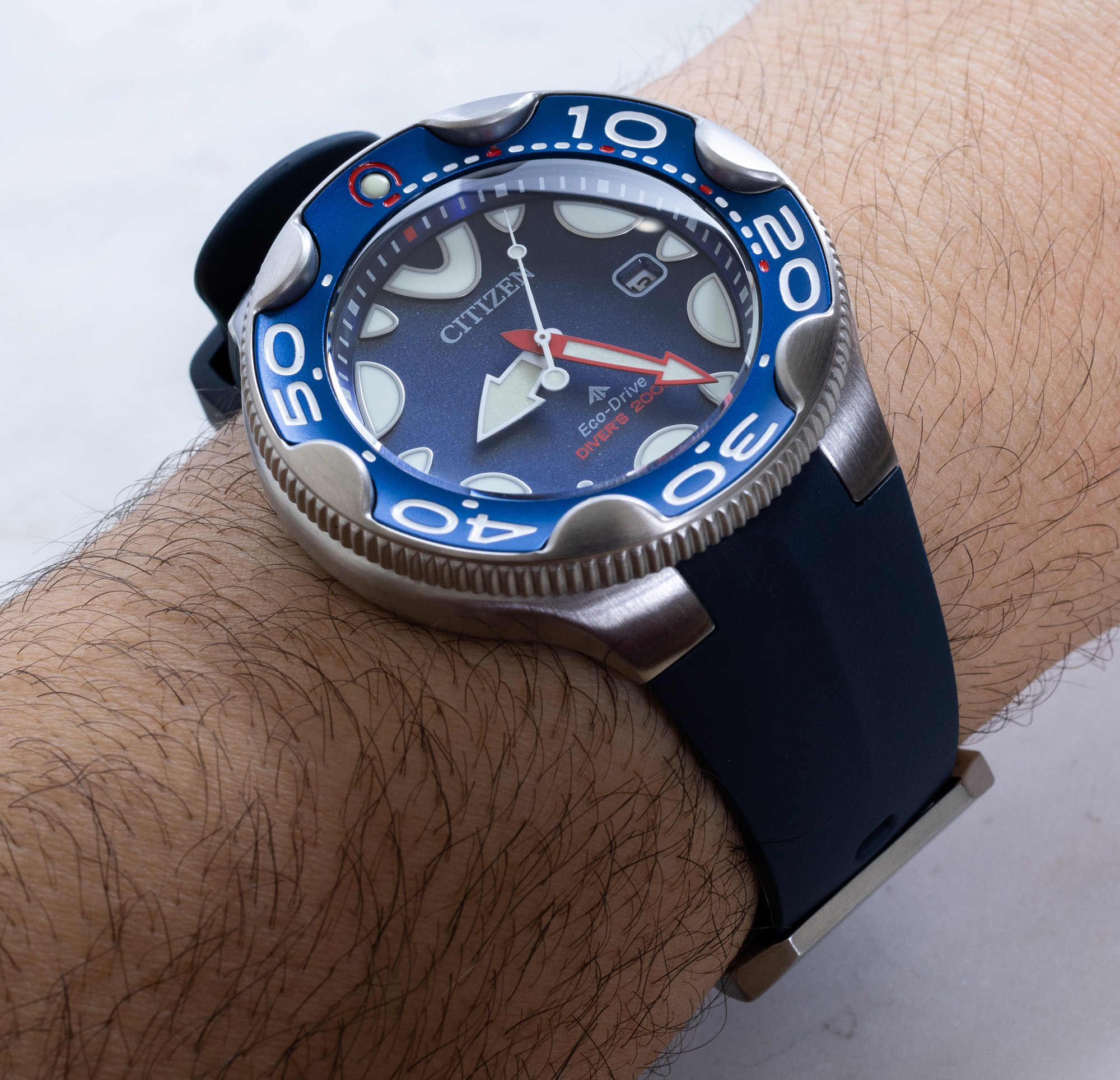 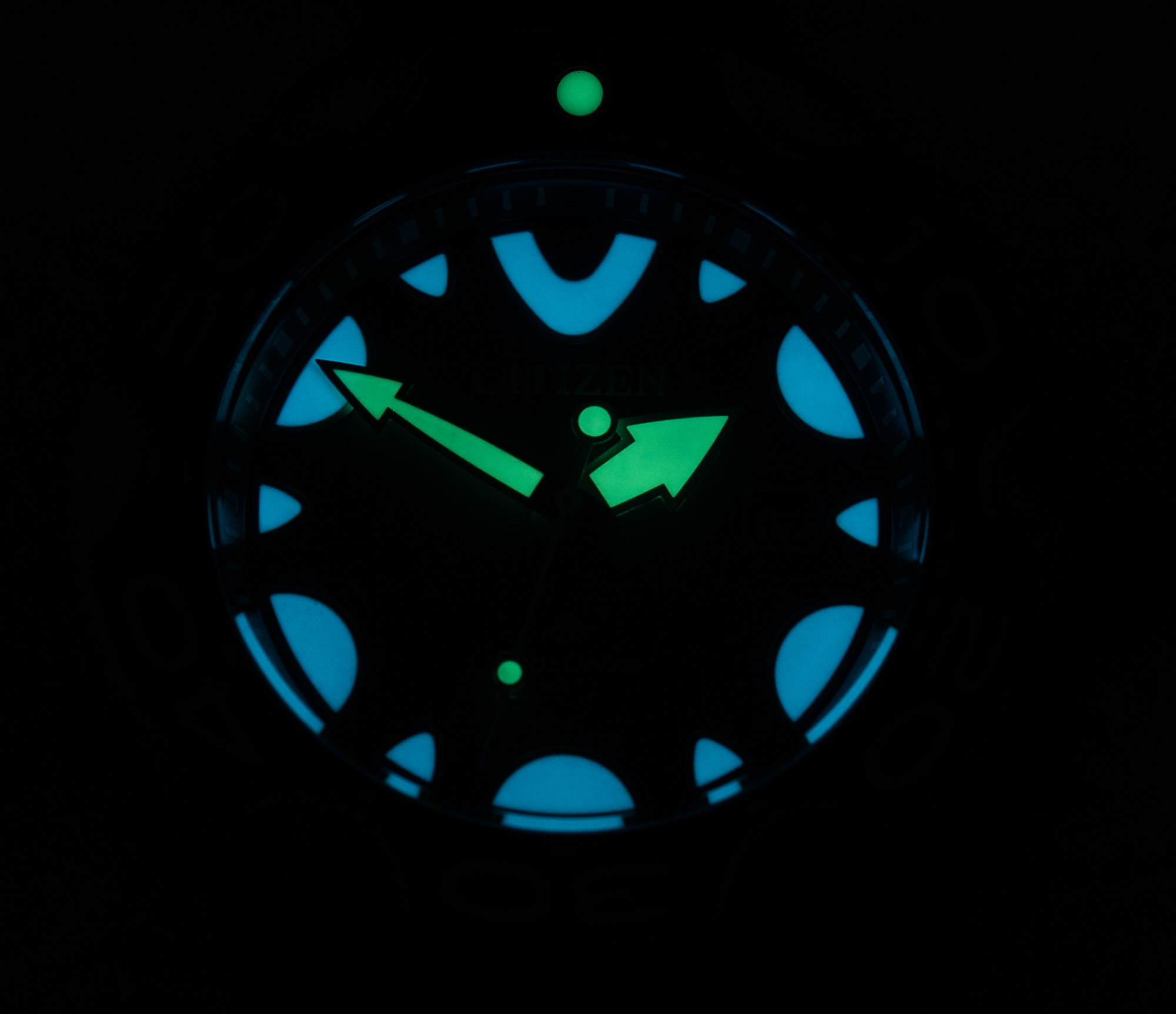 At its heart, the Citizen Promaster Dive Orca is a tool watch intended for underwater functionality and to be durable in active environments. The watch is dedicated to this task, and any charming looks are really a sort of afterthought. This is a tool and task watch at heart, and those who appreciate the Orca watch family will like it for that reason. What the Promaster Dive Orca watches are not is boring — and we all know that this space has too many boring watches. So, while it isn’t the only big-personality, affordable dive watch out there, the Citizen Orca is among the more competent of them, and the only one I know of with a detailed black-and-white killer whale on caseback! Price for this Citizen Promaster Dive Orca reference BN0231-01L with the mostly blue color accents is $475 USD. Learn more at the Citizen watches website here.

Necessary Information:
>Brand: Citizen
>Model: Promaster Dive Orca reference BN0231-01L
>Price: $475 USD
>Size: 46mm-wide, 14.2mm-thick, ~50mm lug-to-lug distance
>When reviewer would personally wear it: As a casual daily-wear sports watch that is never going to need a battery and will look a bit hip in the process.
>Friend we’d recommend it to first: Fan of bold-faced diver’s watches who want to spend less than $500.
>Best characteristic of watch: Satisfying reissue of modern-classic sports watch design for a new generation. Comfortable on the wrist. Very legible dial. Caseback detail.
>Worst characteristic of watch: Mineral instead of sapphire crystal; hands a bit short. Styling is cool but isn’t for everyone.