Will The IsoSpring Steal Away The Tick-Tick-Tick Of Your Wrist Watch? 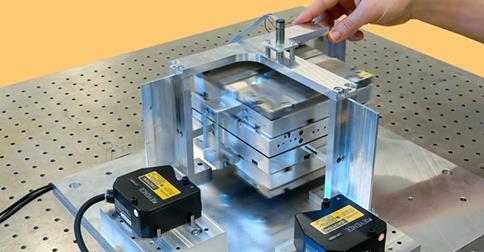 It seems that 2014 is the year of announcements for revolutionizing the wrist watch as we know it. Some of these claims will take time to prove (read: smartwatches), but others do seem to be truly reinventing bits and pieces of the movements that make up the mechanical wonders that we know and love. We brought you word of the first change here (with the Genequand system concerning the balance wheel), and today we have word of a replacement for the venerable escapement – the IsoSpring.

As you may likely be aware, the ticking noise you hear your watch making comes from the interaction of the escapement, more specifically, the repeated contact between the pallet fork and the escape wheel. Every time the balance wheel changes direction, the whole thing comes to a (temporary) stop, and then starts back up again once the balance wheel is in motion. Obviously, this stopping and starting is not the most efficient use of the energy stored in the barrel.

One estimate of the best efficiency we see today from the current system puts things at about 40% – among the very few concepts concerning the efficiency of mechanical movements is Cartier’s sci-fi inspired ID Two. If there were a way to improve this, we would of course have dramatically increased power reserves, which in turn would make watches reliable and could likely make room for “heavier” complications. As it turns out, we could also expect improved accuracy as well.

The bold new concept that may bring significant improvements is based on work that has been done at the École Polytechnique Fédérale de Lausanne (EPFL). They have created a proof of concept (that weighs in at 4 kg) that replaces things with a device they are calling an IsoSpring.  Basically, rather than the choppy back-and-forth directional changes, it has a smooth ellipse motion.

As the official EPFL site quotes, “our prototype weighs four kilograms but we’re already trying to miniaturise it so as to fit it in a wristwatch; the watch industry has expressed great interest in the project,” said Professor Simon Henein, holder of the Patek Philippe Chair and director of Instant-Lab. IsoSpring differs from the pendulum, the spiral-balance wheel, and the tuning fork, the three oscillators used in clocks and watches, and the site refers to it as, “the first conceptual change in the mechanical watch in 200 years.”

And while things certainly sound very promising, it is also at this point that the actual concept becomes a lot more difficult to grasp – as the developing team likely wishes to keep more exact details a secret until their results are protected by patents. What we do know is that the IsoSpring eliminates the need for an escapement in a way that, as Henein puts it, “was accessible to 18th century engineers.”

What we also know is that the escapement works based on the concept of elasticity, much like an ancient sling in which you use a leather strap to make a stone turn in a circle. As EPFL says, the idea is that if you replace the sling’s strap with an elastic band, the stone will now move in an ellipse and its speed will no longer be constant. On the other hand, its period will now be constant, so it can be used to measure time precisely.

When things get to move in an elliptical pattern, it opens up very precise measuring, as the movement has a constant period. Knowing that period allows for a very accurate measurement of the passage of time. And, as things are moving in this smooth pattern, the stop-start is eliminated, making for a more efficient transfer of energy. But how is that going to rid traditional mechanical movements of their ticking sound? Again, not many specific details are known at this point, but the lack of ticking sound will surely have to do with the constant, elliptical movement of the caliber’s regulating organ.

And while the IsoSpring is still in a very early stage of development – as it is yet to be miniaturized to fit in clocks (first) and watches – I have a feeling this is work that will move forward, as greater accuracy and better power reserve are something that watch makers constantly chase. And, as this new technology is truly mechanical in nature, it seems well positioned for adoption by both the industry and watch lovers. For more on the IsoSpring, you can check out this article. To my eyes, it seems like some very interesting developments are in motion.