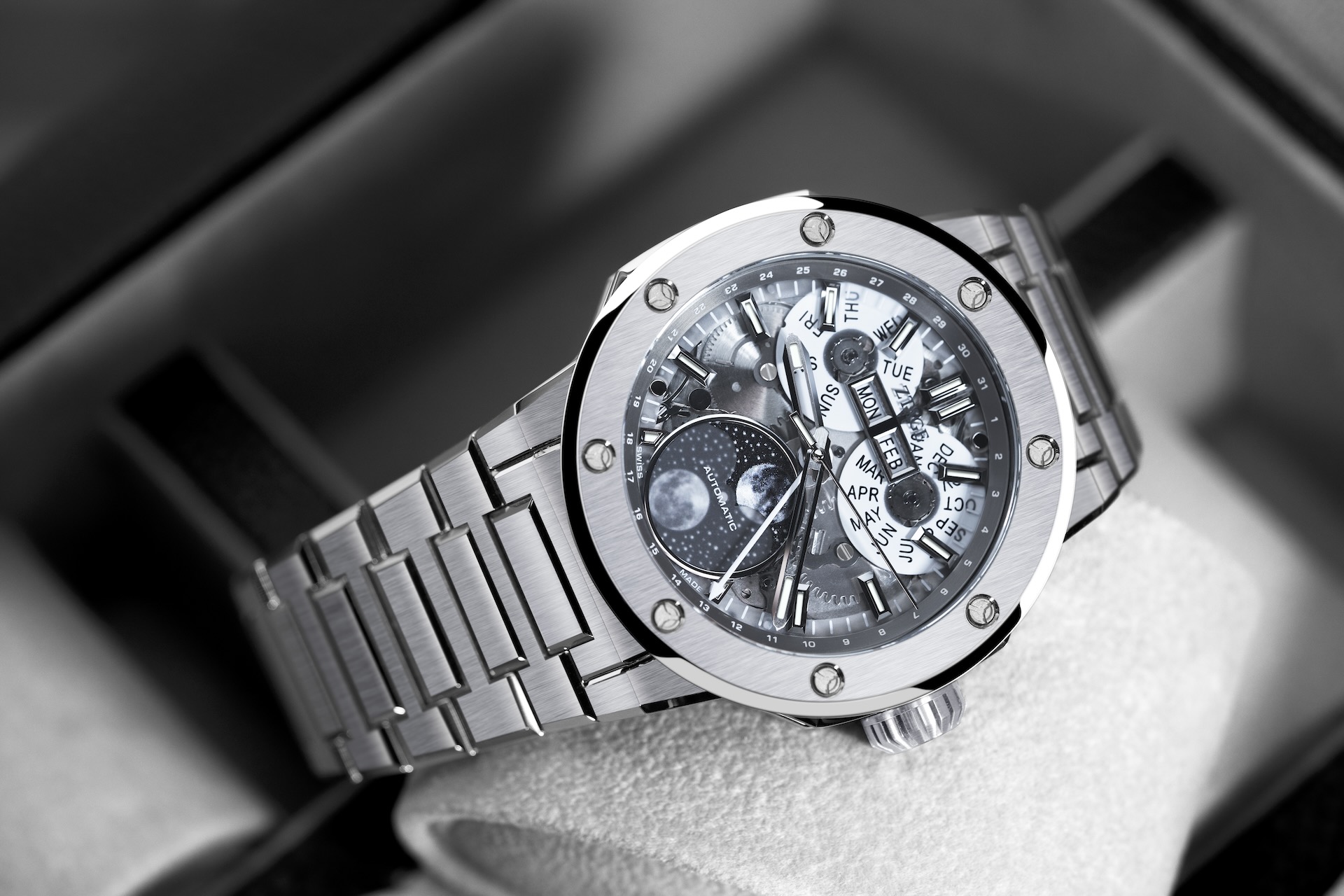 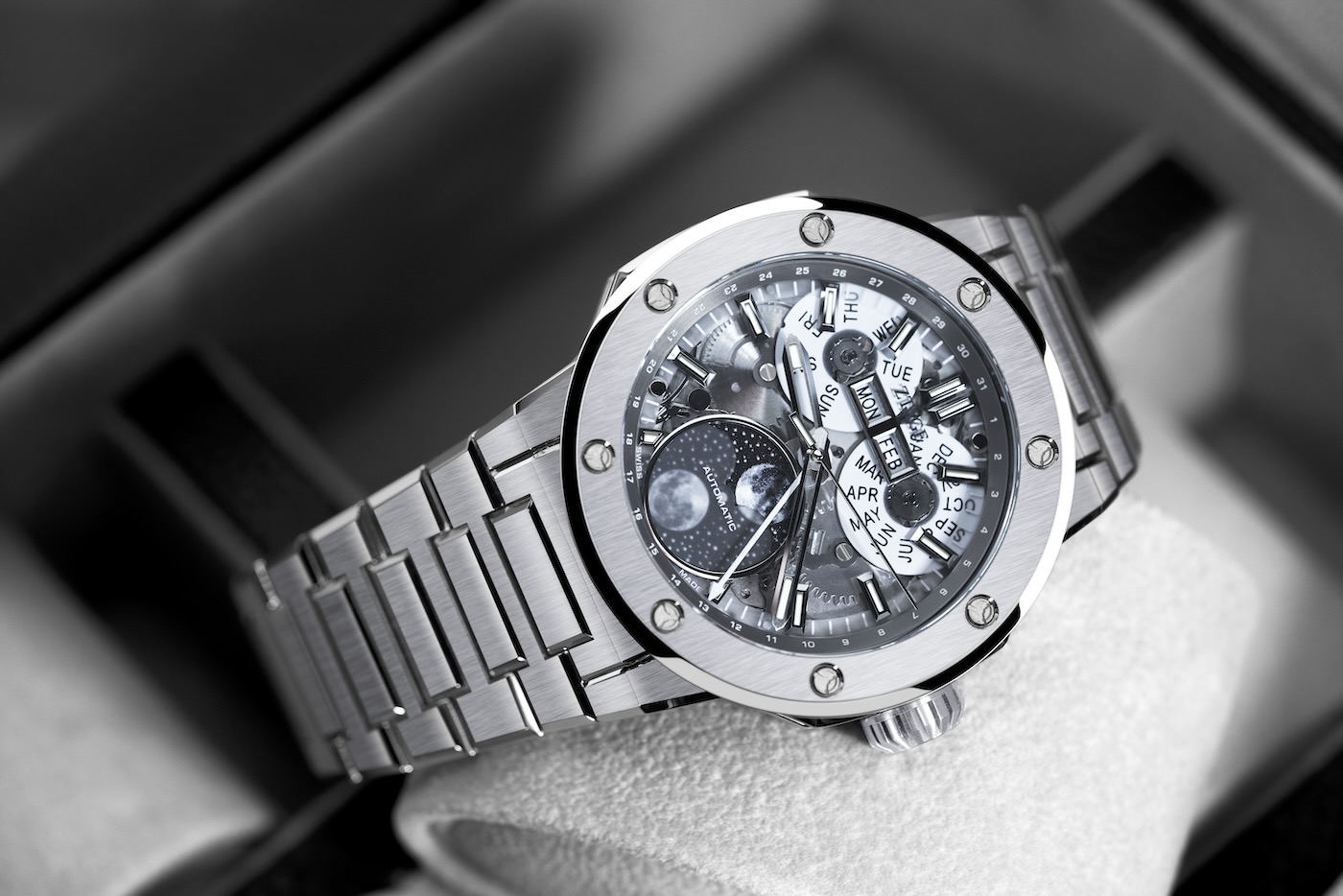 By the middle of the 18th century, the Age of Exploration was coming to a close. Trade routes had been established, coastlines mapped, and colonies were founded across the globe. Yet navigating the seas was notoriously difficult due to the lack of accurate timekeeping. Given their naval and colonial hegemony, it’s no surprise that Great Britain was at the forefront of watch- and clock-making. Yet, while most British watchmakers had their minds fixed on accuracy and precision on (relatively) short ocean voyages, London horologist Thomas Mudge was thinking long-term, devising a complication that could keep track not just of the minutes and hours, but the day, date, month, and even the phase of the moon. So, in 1762, just one year after John Harrison revealed the world’s first marine chronometer, Mudge introduced the world to the first perpetual calendar pocket watch. It would take almost another century-and-a-half until Patek Philippe would miniaturize the complication and place it in a wristwatch. In its latest release, ZTAGE pays tribute to this historic complication with the Hybrid Original Calendar but does so with its own thoroughly modern design language and at an accessible price.

Ever since Patek Phillipe debuted its perpetual calendar (or quantième perpétuel), the complication has remained securely in the realm of haute horlogerie, with prices typically starting in the six figures. ZTAGE’s Hybrid Original Calendar places all the same information on your wrist at a small fraction of the price — though you will have to adjust the calendar a few times a year (only in the “short” months), as opposed to once a century. 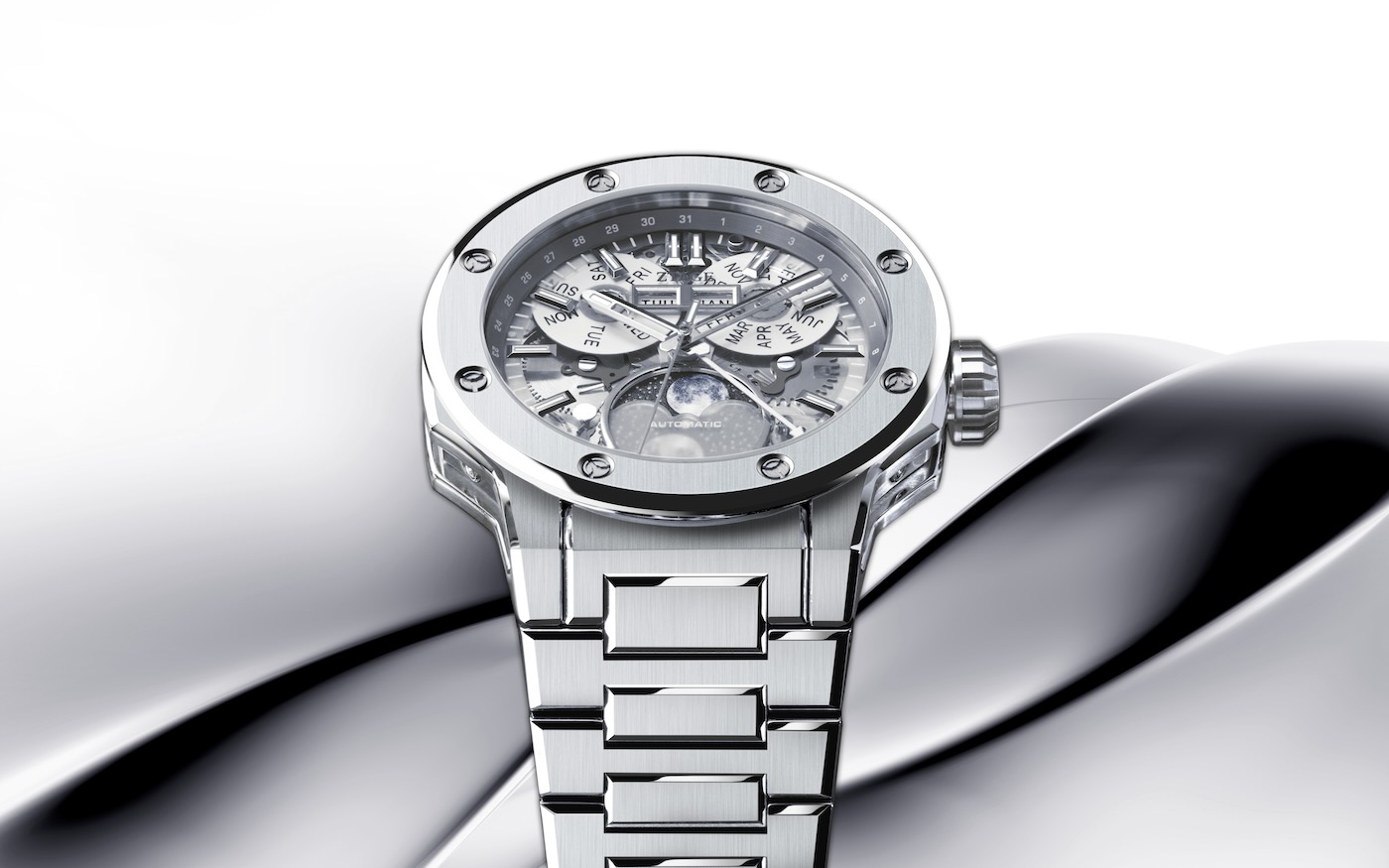 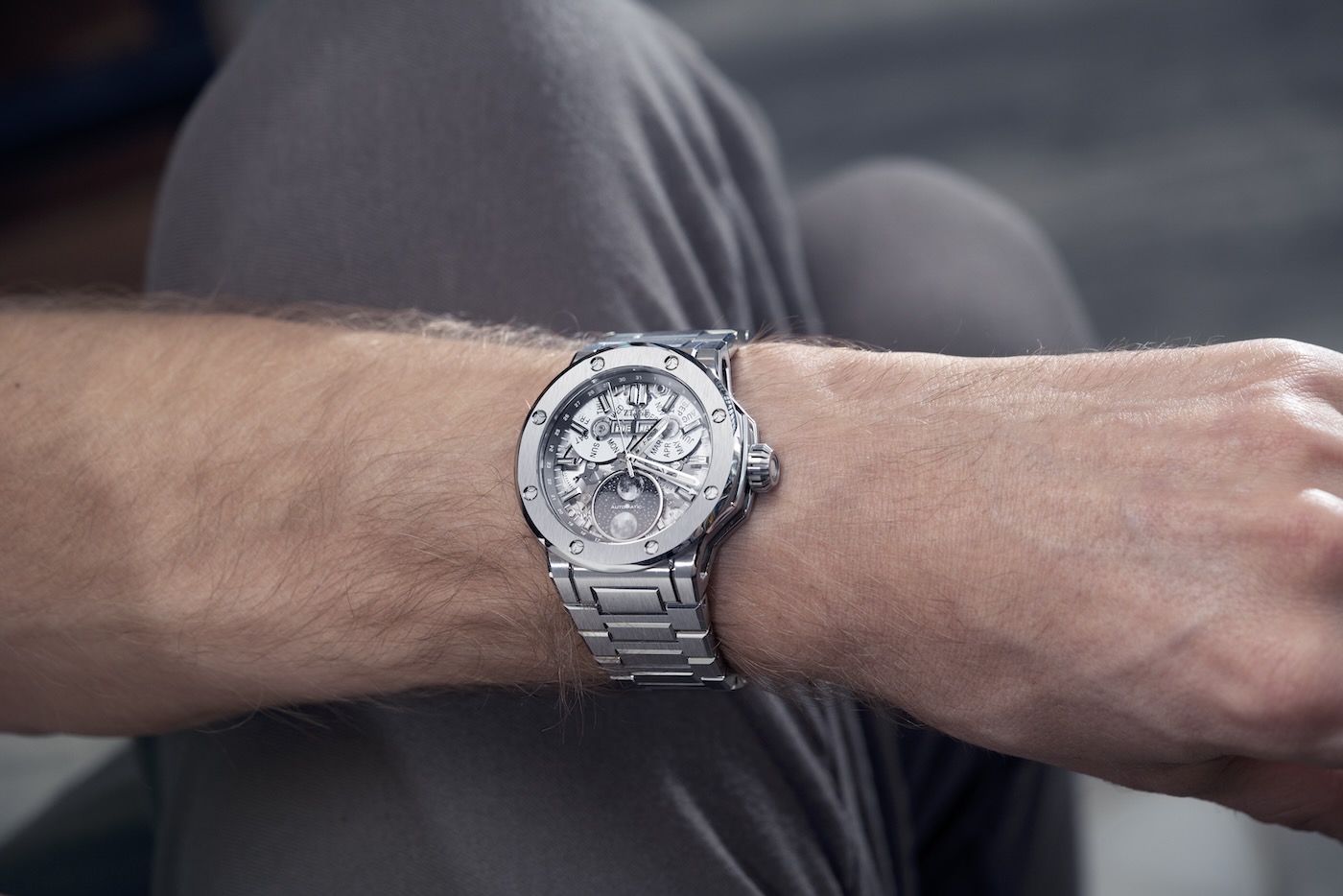 For those unfamiliar with the brand, ZTAGE has been creating watches since 2017 with a distinctive mix of East and West. Based in Hong Kong, all design work is done in-house, while everything from movement to assembly and regulation is done in Switzerland. ZTAGE believes this provides the brand with the best of both worlds — a fresh voice in design unconstrained by the past, yet a watch executed with knowledge gained from centuries spent perfecting the craft. While this would be more than enough to satisfy most brands, ZTAGE ships all watches back to its Hong Kong headquarters for an additional 240-hour inspection, ensuring each watch meets exacting standards. 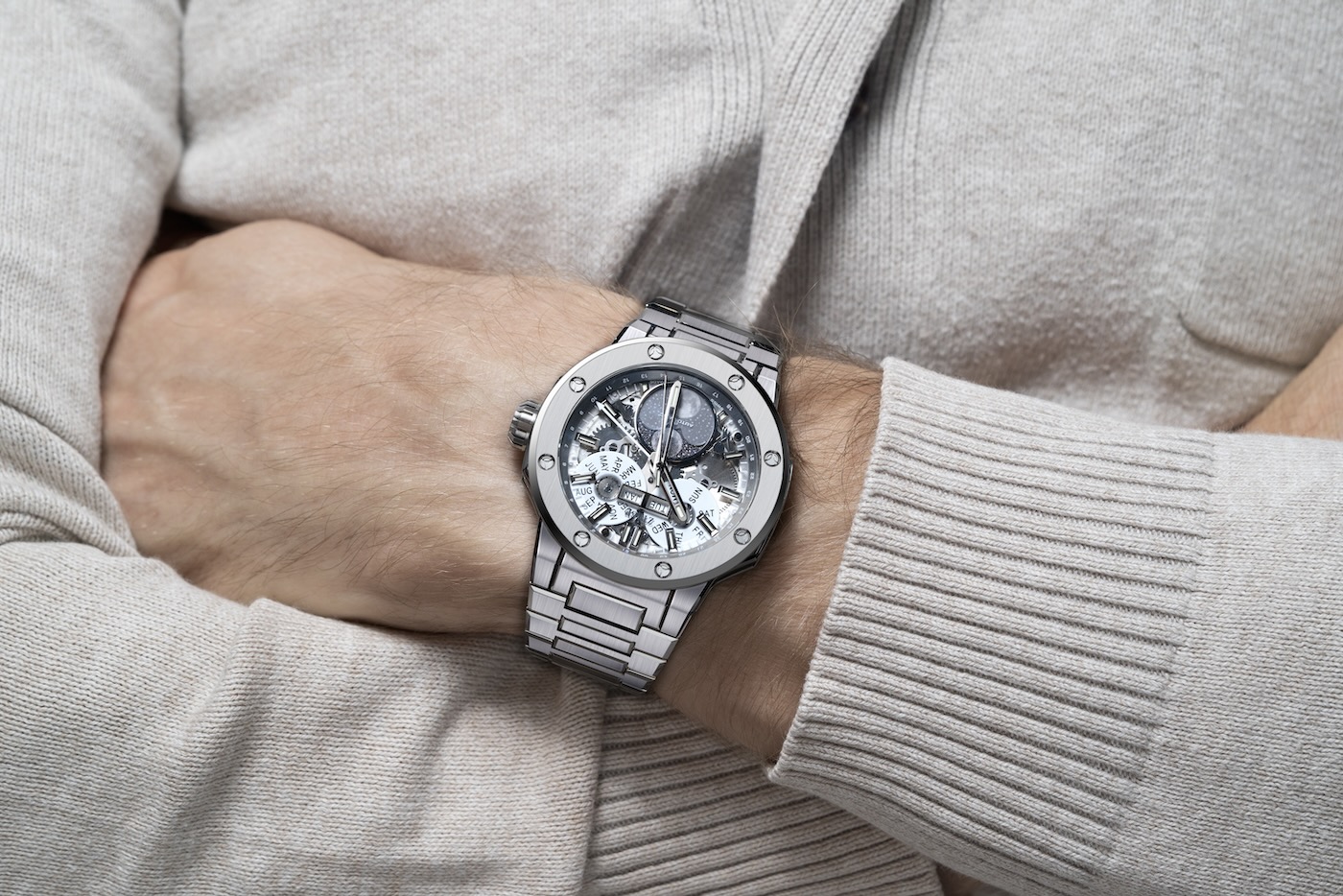 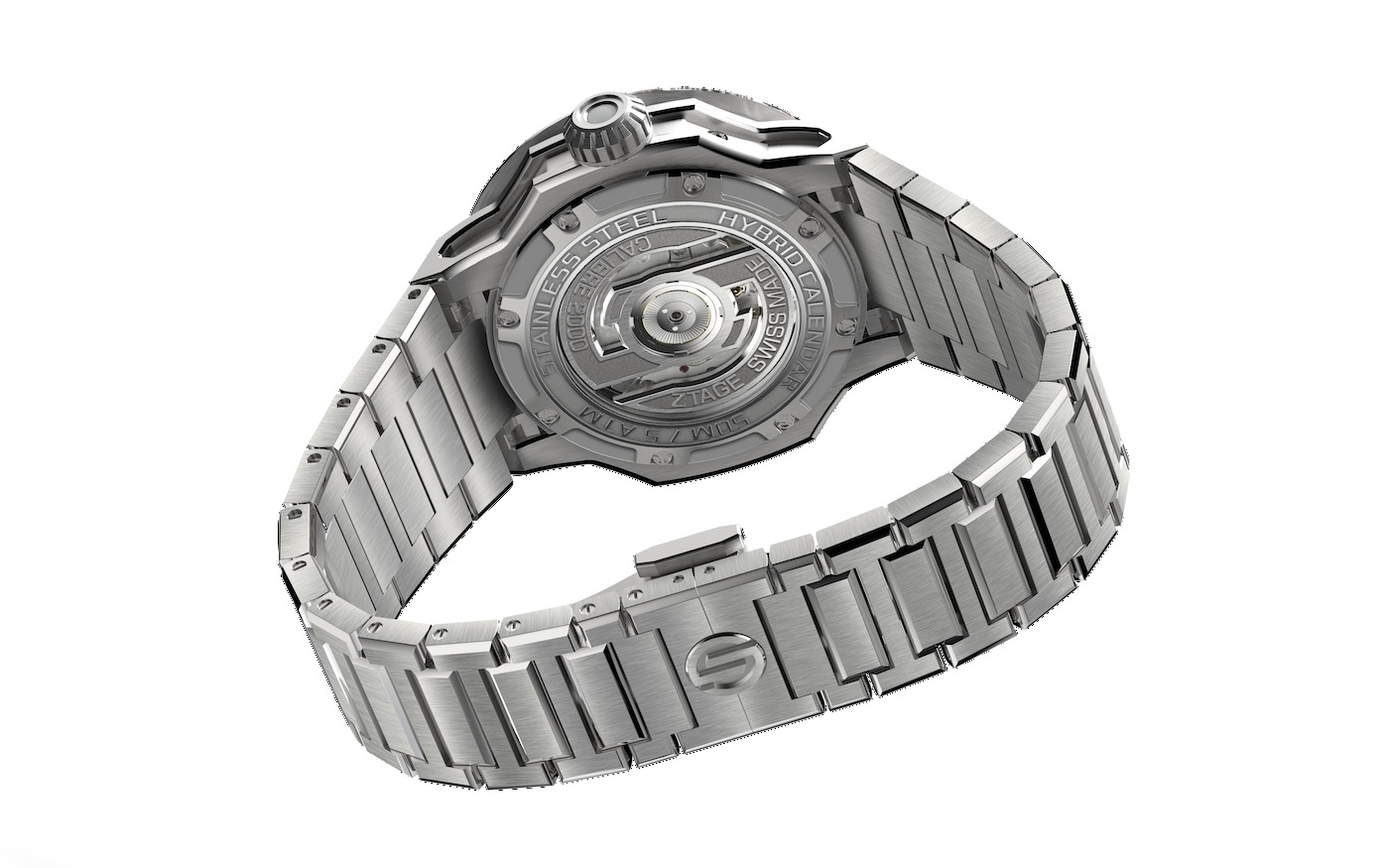 While the information displayed on the dial of the Hybrid Original Calendar would be instantly recognizable to Thomas Mudge, the execution is nothing if not modern. Utilizing an open-worked dial, the date day, and month discs are fully visible, with the current day and month framed just below 12 o’clock. Similarly, the moonphase display, with the moon and stars fittingly executed in Super-LumiNova through a four-layer print method, remains fully visible at 6 o’clock. Rounding out the complications, the date is indicated through the use of a pointer date, with a fourth hand pointing to the date indicated along the outside of the chapter ring. 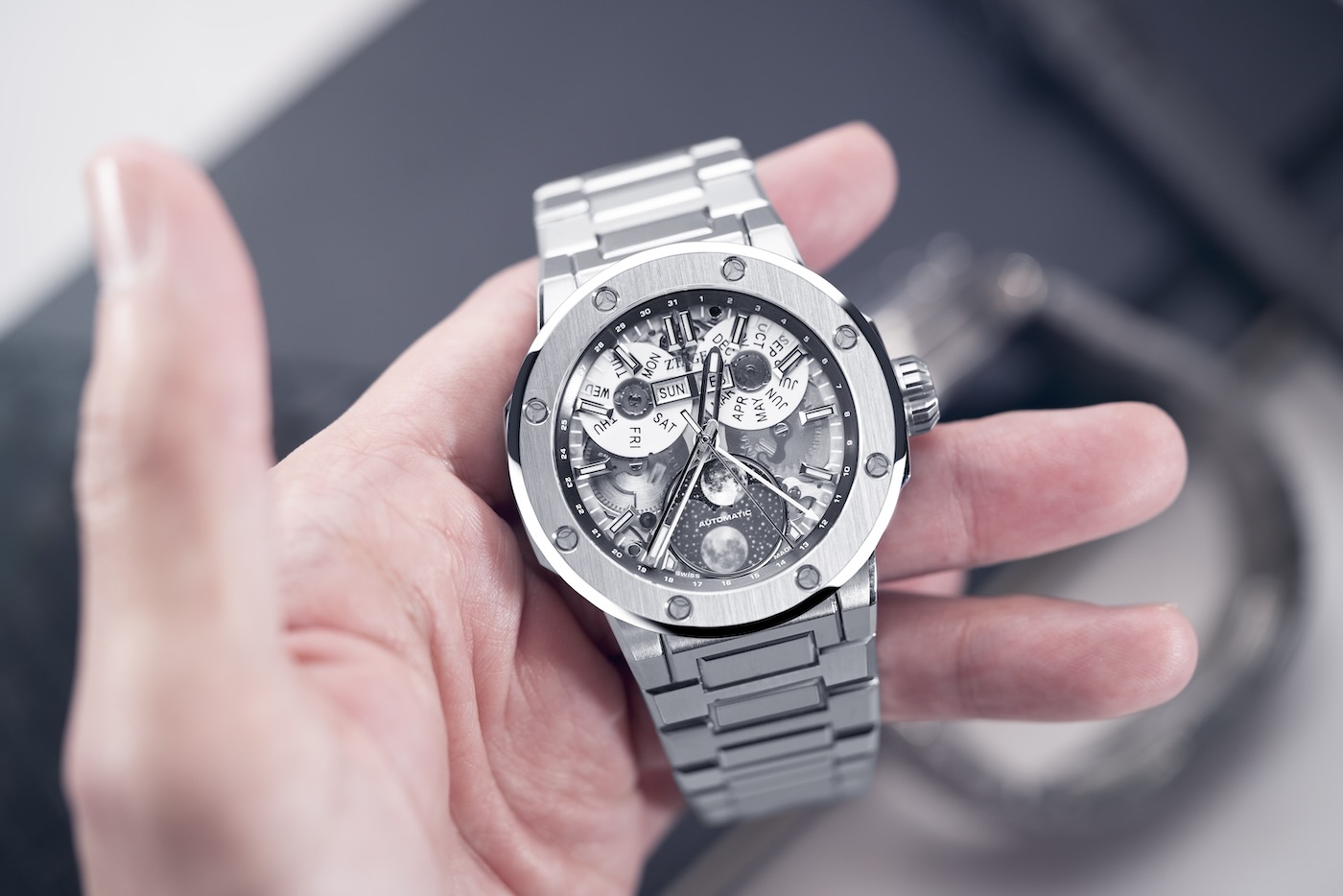 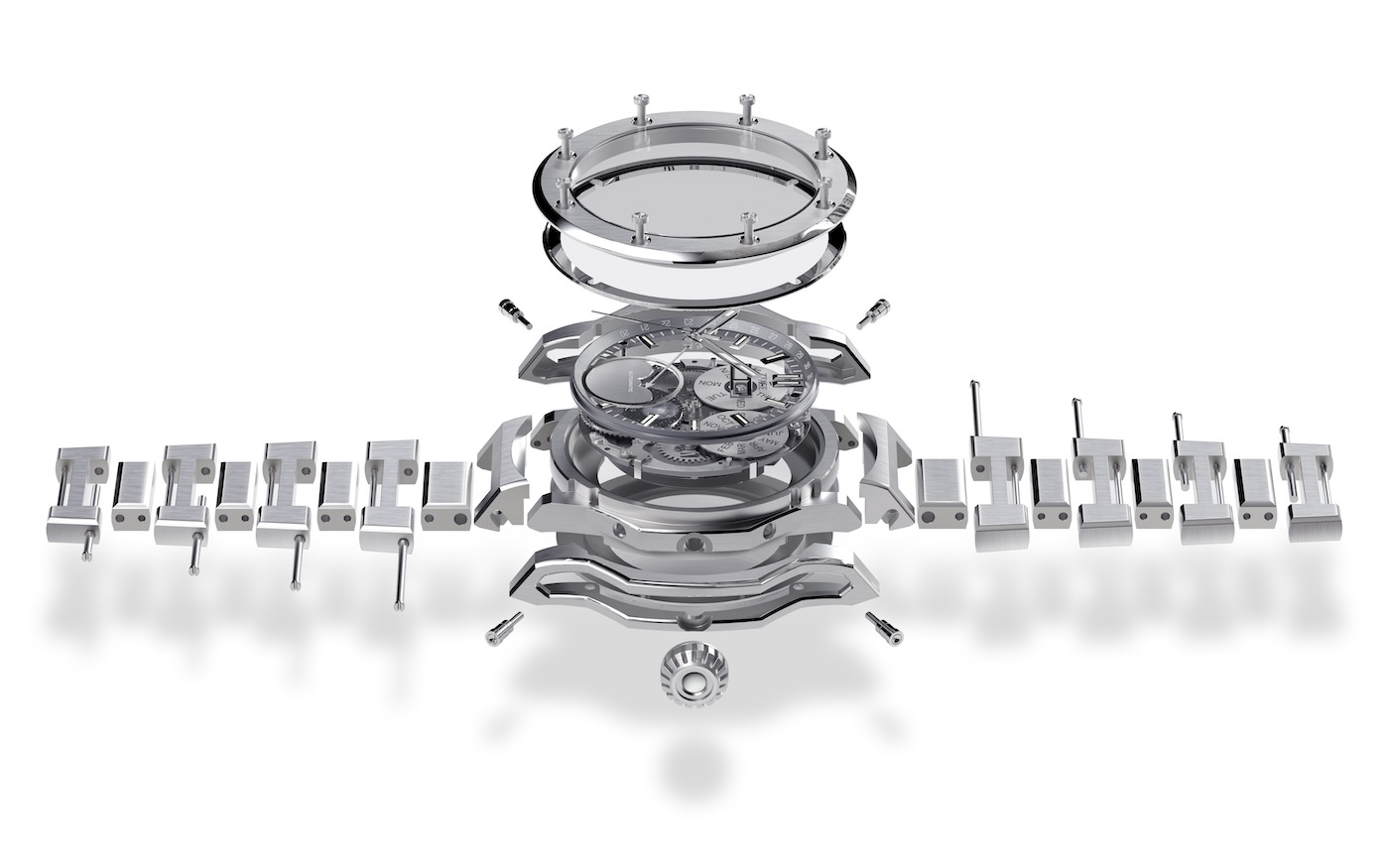 Though the design emphasis is certainly on the complete calendar display, the partially skeletonized hands integrate with the open-worked design and oversized applied indices, both filled with ample amounts of Super-LumiNova for high legibility, day and night. 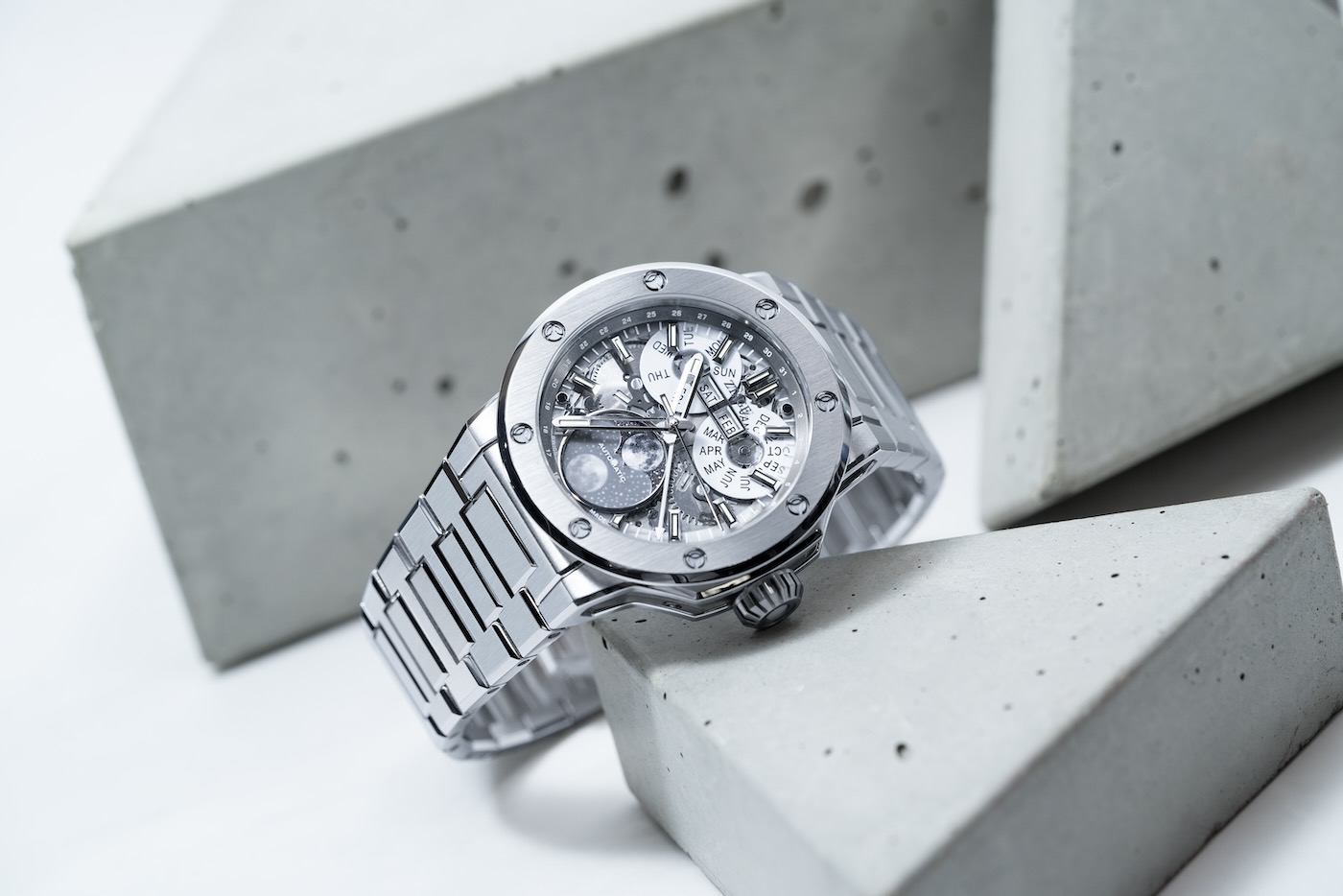 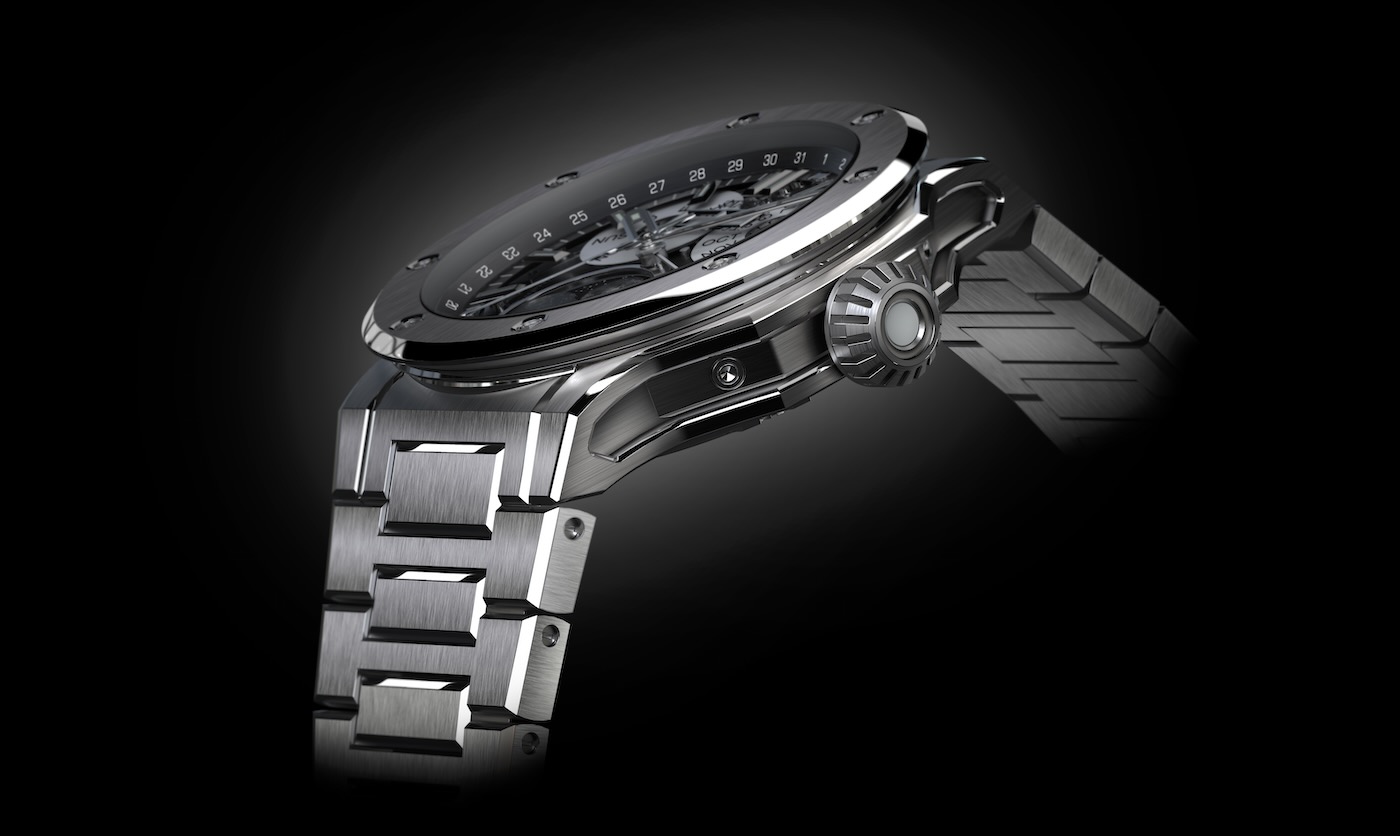 The ZTAGE Hybrid Original Calendar is housed in a 43mm case crafted from 316L stainless steel. The striking, angular case with broad bezel employs a multi-layer structure and is topped with a sapphire crystal. And despite housing a complete calendar complication, the case remains at a cuff-friendly 13.5mm. With over 300 different polished facets on the case and bracelet, the Hybrid Original Calendar reflects light in surprising ways with the slightest movement of the wrist. 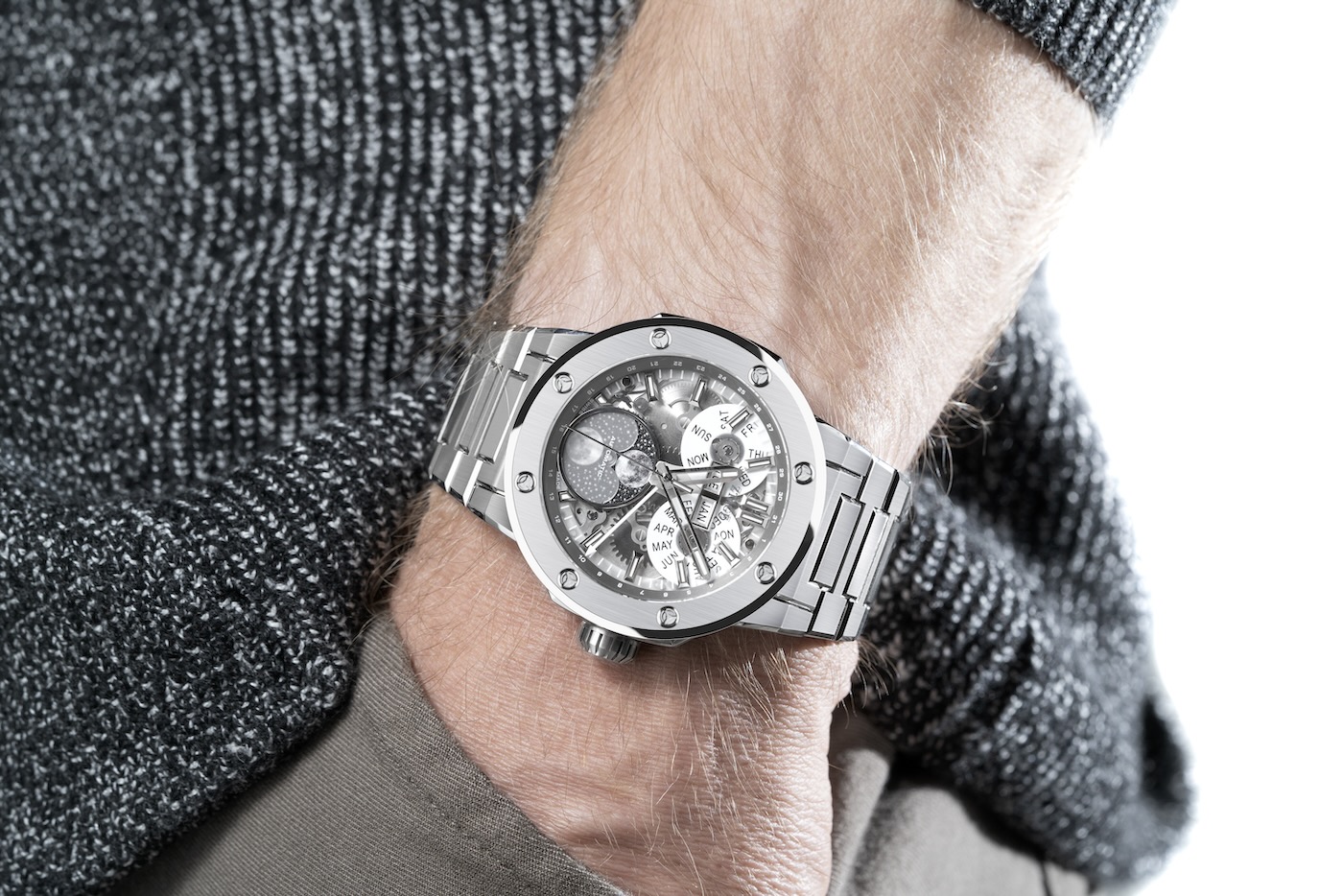 Powering the Hybrid Original Calendar is the Cal. 2000, an ETA 2892-A2 Top Grade automatic movement equipped with a Dubois-Depraz 90000 module. The Cal. 2000 beats at 28.8kbh and features a 42-hour power reserve. Every one of these Swiss made calibres is tested in five positions to run within +/- 6 seconds/day. 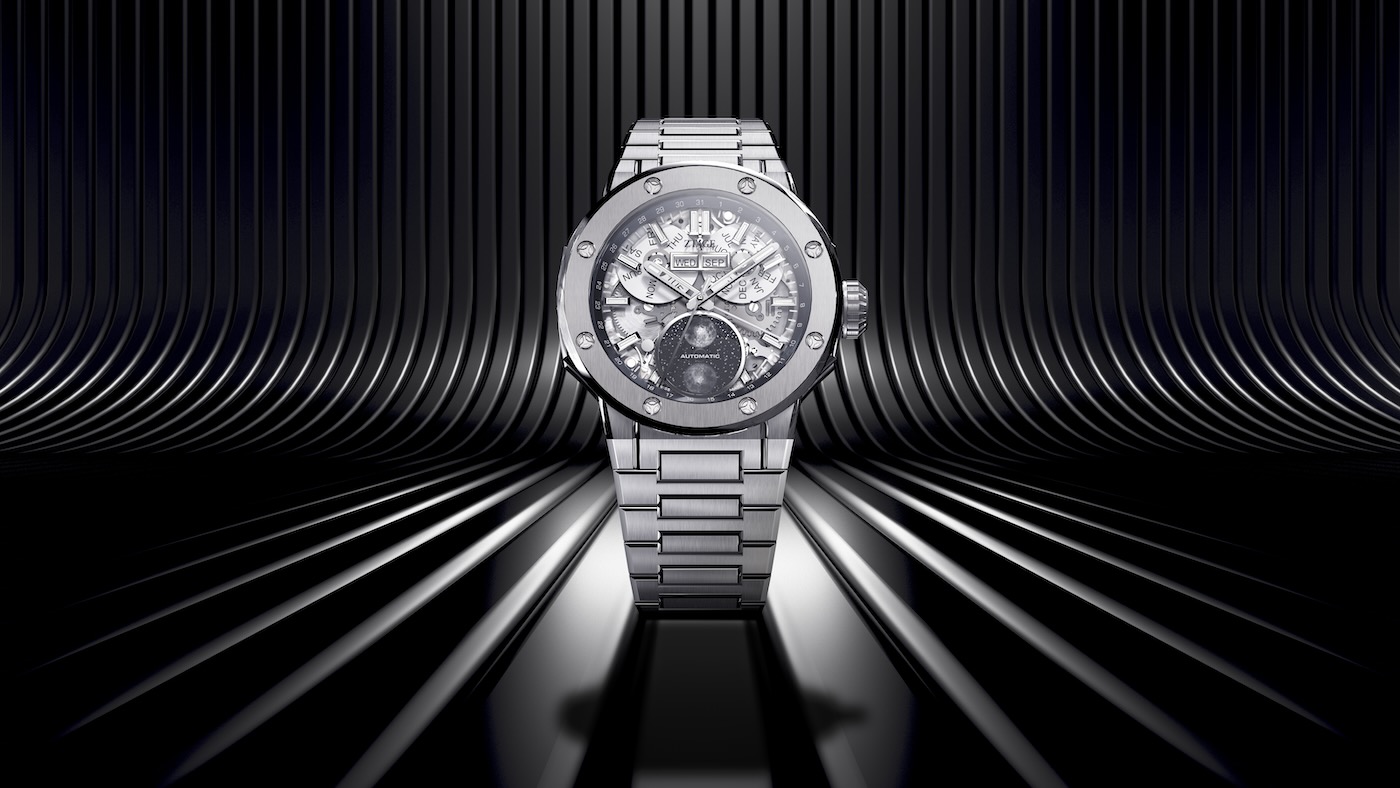 The ZTAGE Hybrid Original Calendar will be released as a Limited Annual Edition of only 300 pieces/year. However, only 150 pieces will be available in 2022, with the first 50 pieces available for at a discounted pre-order price of CHF 3,730 from 48 hours, from 6-8May, 2022. To learn more about ZTAGE watches and order your Hybrid Original Calendar, be sure to visit the brand’s website.