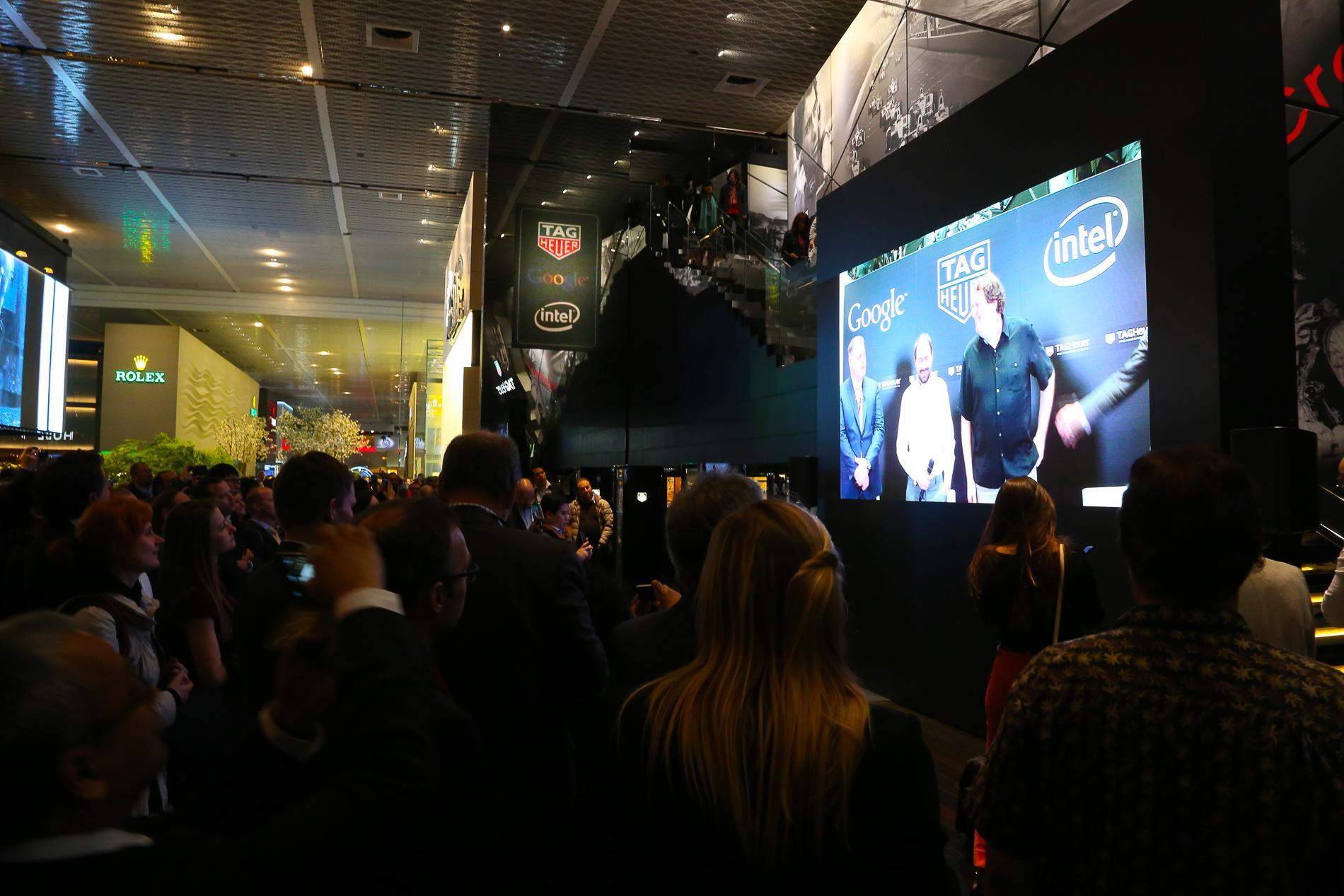 For 2015, TAG Heuer has announced that it will release the first Swiss smartwatch powered by Google’s Android Wear operating system design for smartwatches and other connected wearables. Android Wear is seen as the major player in the smartwatch world next to Apple’s iOS software in the Apple Watch, and with broad support, it makes sense for TAG Heuer to base its first smartwatch on Android Wear. This is important for a few other reasons as well, because the result of TAG Heuer working with Google, as well as Intel on a smartwatch device has deep implications for the luxury watch industry.

Let’s talk about what is going on at TAG Heuer and the Swiss watch industry overall. Ask yourself how a lot of people in the Swiss watch industry feel about the quickly emerging smartwatch industry – whether or not they are rallying behind it or amused at its very existence. Most people in the watch industry are aware that smartwatches will have a serious impact on the sale of traditional watches, but few are doing anything about it. Jean-Claude Biver, TAG Heuer’s current CEO, seemed realistic about what smartwatches meant for the future, but was not exactly thrilled with the Apple Watch during a Forbes interview I did with him here. Now just several months later, he stands with his iconic Biverian grin and shares the limelight with important figures at Intel and Android Wear to herald in what Biver is casting as the ultimate partnership between technology and design.

I’ve discussed the fact many times that the best approach for the Swiss when it comes to smartwatches is to focus on external hardware production and design and partner with technology companies for the electronic hardware and software components of a smartwatch. Intel can make batter chips than any Swiss watch maker, and Google’s Android Wear is going to be an infinitely better, and longer lasting piece of operating system software than anything a Swiss watch company is going to be able to produce or commission from a third-party company. While the luxury watch industry uses technology to produce timepieces, no one is under any illusions that they have any idea how to produce software or serious modern electronics. It appears that Jean-Claude Biver got the right idea about how about to make a Swiss smartwatch. We haven’t played with TAG Heuer’s 2015 smartwatch yet, but the concept seems promising. At least from the perspective of wanting to experience the utility of a smartwatch device while also enjoying the high-end construction and design that, for the most part, has been totally absent from the smartwatch world with the exception of the upcoming Apple Watch.

What you can be sure of is that when smartwatches finally hit a positive chord with mainstream consumers there will be an almost immediate demand for high-end and/or luxury smartwatches. I think that is inevitable, but it is easy to misunderstand the necessity (or wisdom) of a premium smartwatch in terms of value or functionality when average smartwatchs themselves are struggling. TAG Heuer is a natural fit to be in charge of helping to get the Swiss watch industry into the smartwatch industry, but they aren’t alone. Recently Frederique Constant announced a partnership with Fullpower and their MotionX product to develop the MMT Swiss smartwatch platform that features an all analog dial. The TAG Heuer is bit more “techie” with a full LCD touch screen and complete smartwatch operating system running Android wear.

TAG Heuer is also not new to being in the device market. You may recall the TAG Heuer Meridiist luxury phone collection which debuted back in 2008. TAG Heuer was never wildly successful with their luxury phone collection, but it did continue on for several years. I think there is more of a market for high-end smartwatches, and at the least there is proof enough that TAG Heuer has experience in this area. For what it is worth, TAG Heuer actually had to convince Google and Intel that it was the Swiss watchmaker to partner with.  I am sure it was a combination of Biver’s charms and the fact that TAG Heuer is, in fact, serious about entering into a mutually beneficial relationship with Silicon Valley. tagheuer.com