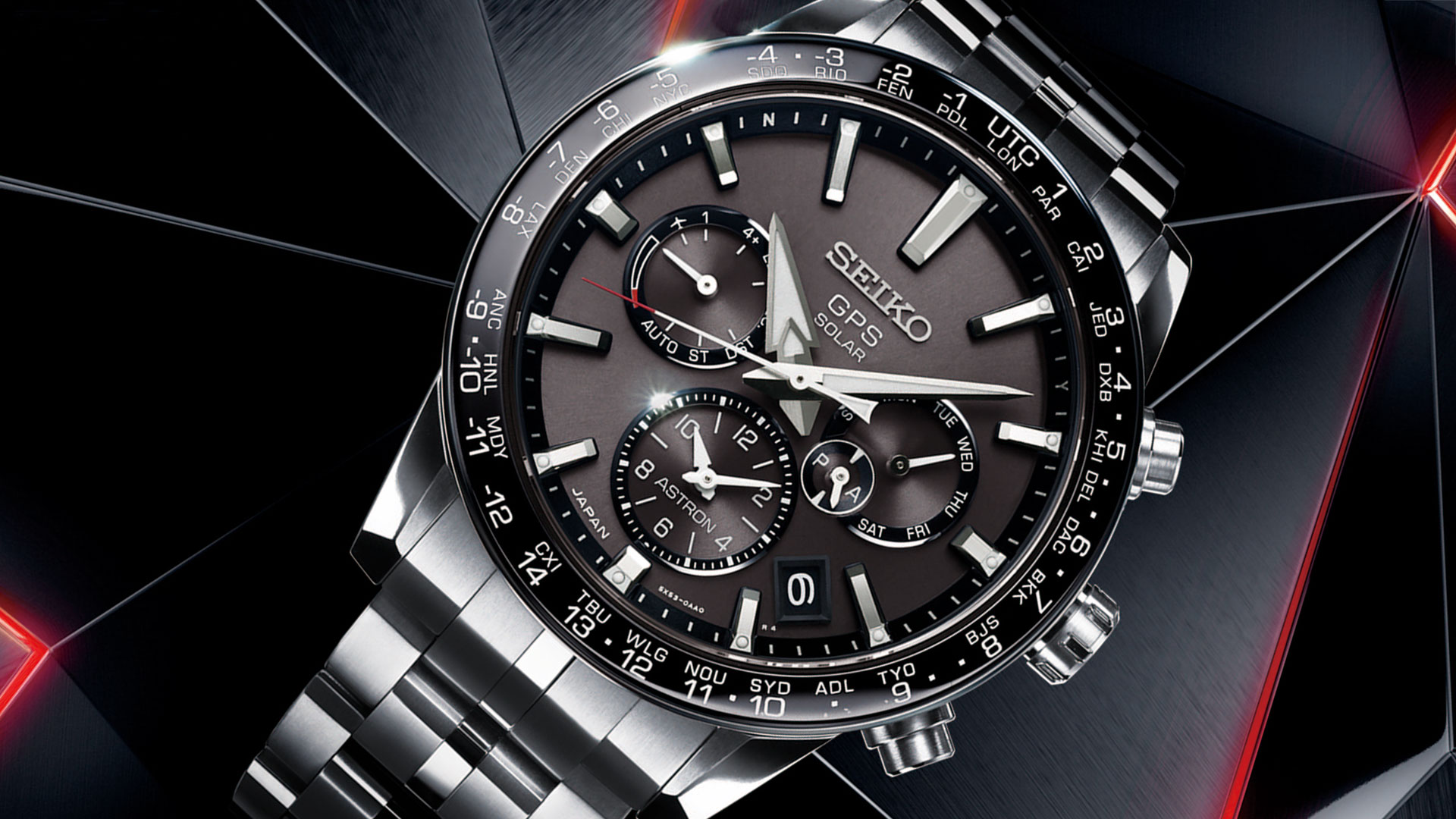 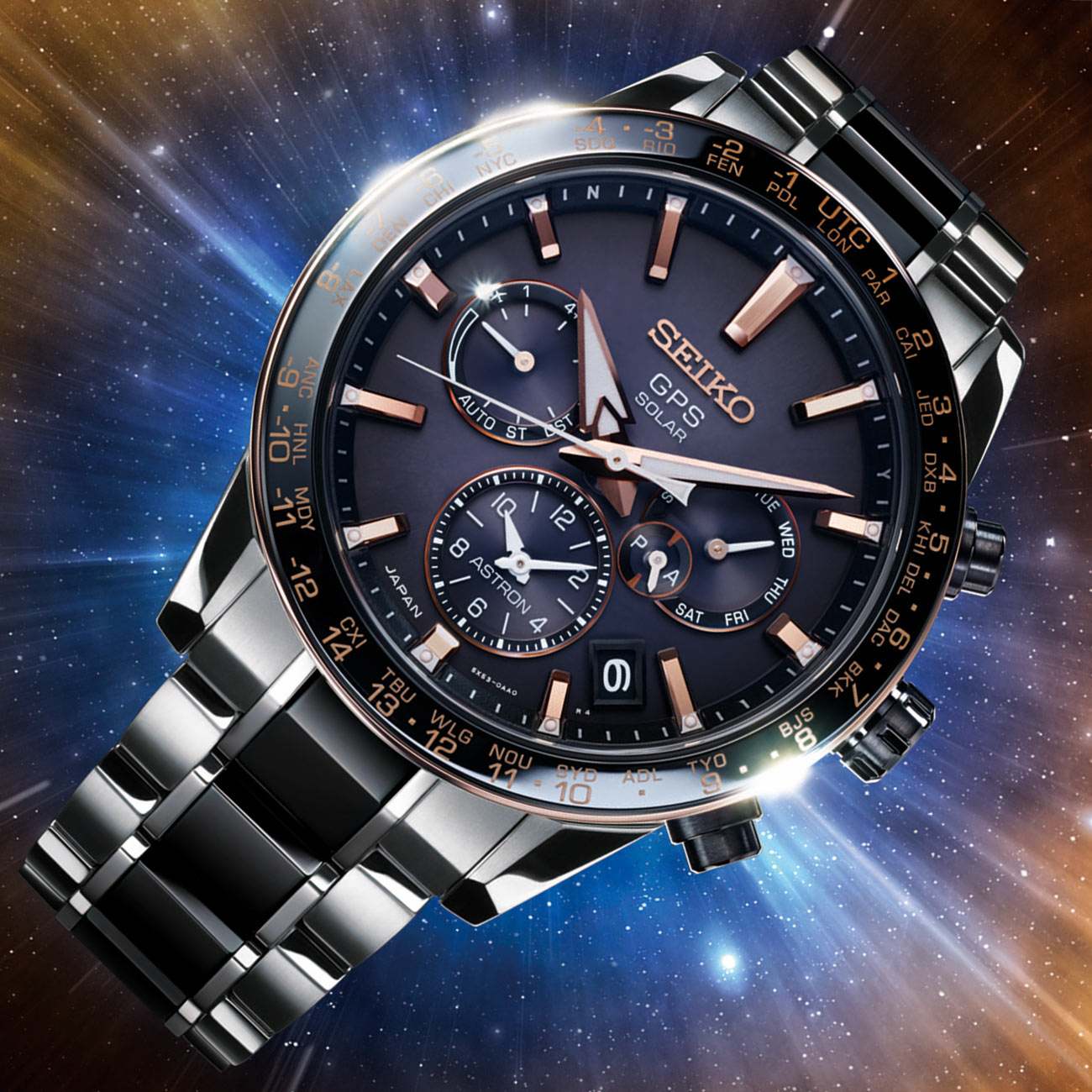 The just-announced Seiko Astron GPS Solar Dual-Time 5X53 introduces an upgraded Astron movement with a number of refined features, but a reduced and more wearable size is perhaps its most notable feature. The Seiko Astron, like competing offerings from Citizen and Casio, seems engineered to deliver a sensible Japanese vision of perfect wristwatch technology and practicality. Not mechanical, but priced closer to more luxury mechanical watches than many of its quartz cousins, the Japanese approach remains focused on simply being a watch more than the quickly obsolete smartwatch that seems to want to be everything. And constantly improving wearability is rightly part of creating this “perfect” watch, with the new Seiko Astron GPS Solar Dual-Time 5X53 measuring 42.9mm wide by 12.2mm thick in lightweight titanium. 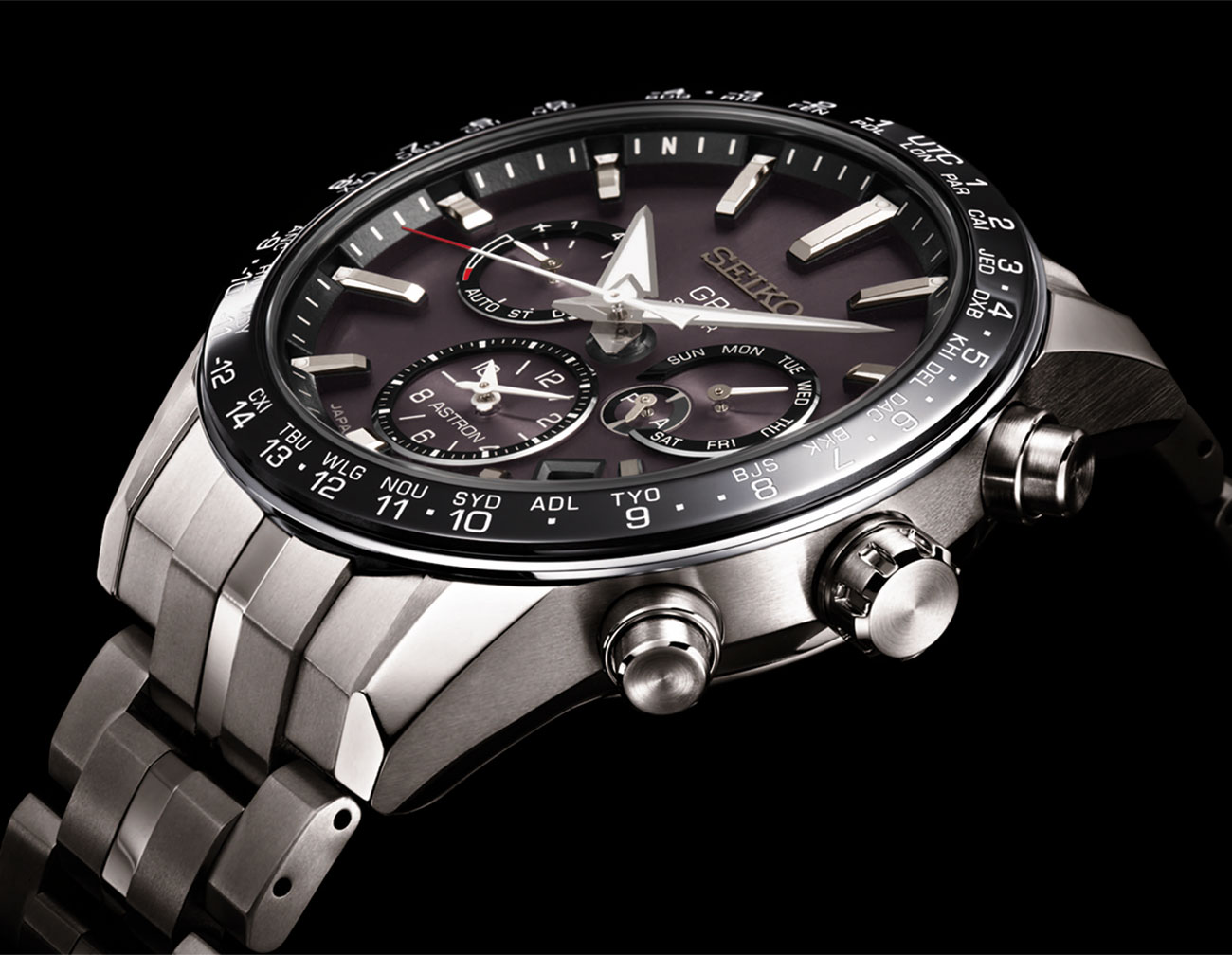 The Astron watches have continually shrunken as technology has allowed. The Seiko Astron name was born in 1969 as the world’s first quartz movement-powered watch, but the GPS Solar form of the Astron that we know today came out in 2012. That early Astron GPS Solar model was 47mm wide by 16.5mm thick. Now, compare the new Seiko Astron GPS Solar Dual-Time 5X53 with the similarly named but 45mm-wide and about 14mm-thick Seiko Astron GPS Solar Dual-Time watch that we reviewed here with an 8X family movement inside in 2016. The new Seiko 5X movement is upgraded and refined in a number of ways, but we will return to its features and just note for now that it is smaller, allowing for a more manageable wearing experience for many. 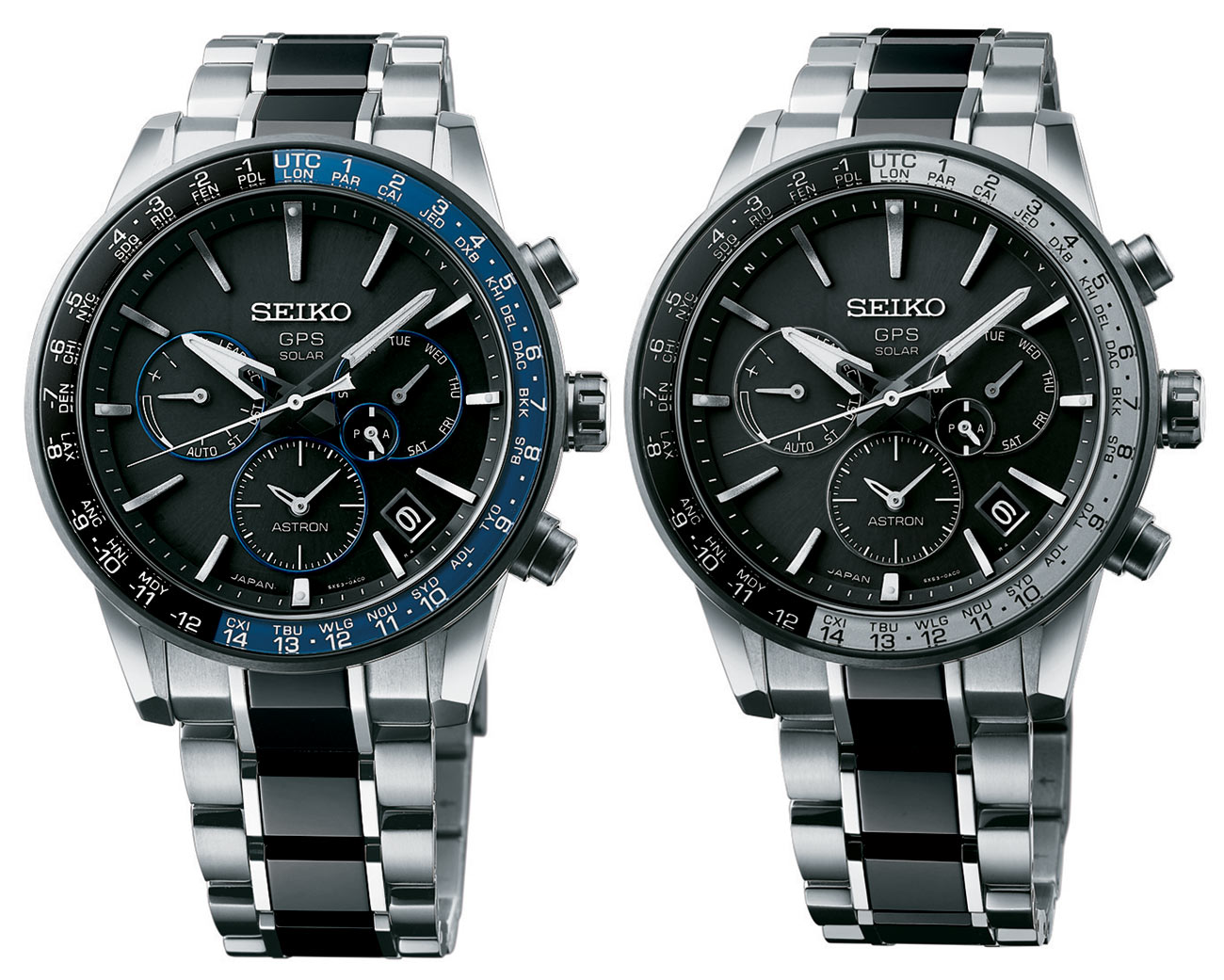 Seiko says that for the new 5X movement, “every component in the GPS module has been re-engineered.” With a system that moves the hour, minute, and seconds hands separately, functions like changing time zones, done manually through the push of a button, are now faster – Seiko gives the example that it only takes three seconds to change 14 hours from Tokyo to New York time. It also now automatically adjusts for daylight savings. One cool new feature is the ability for the user to toggle the main dial’s time between local time and a second time zone (offering 39 time zones) by pressing the two case-side pushers at once – the Dual-Time part of the name, I suppose. 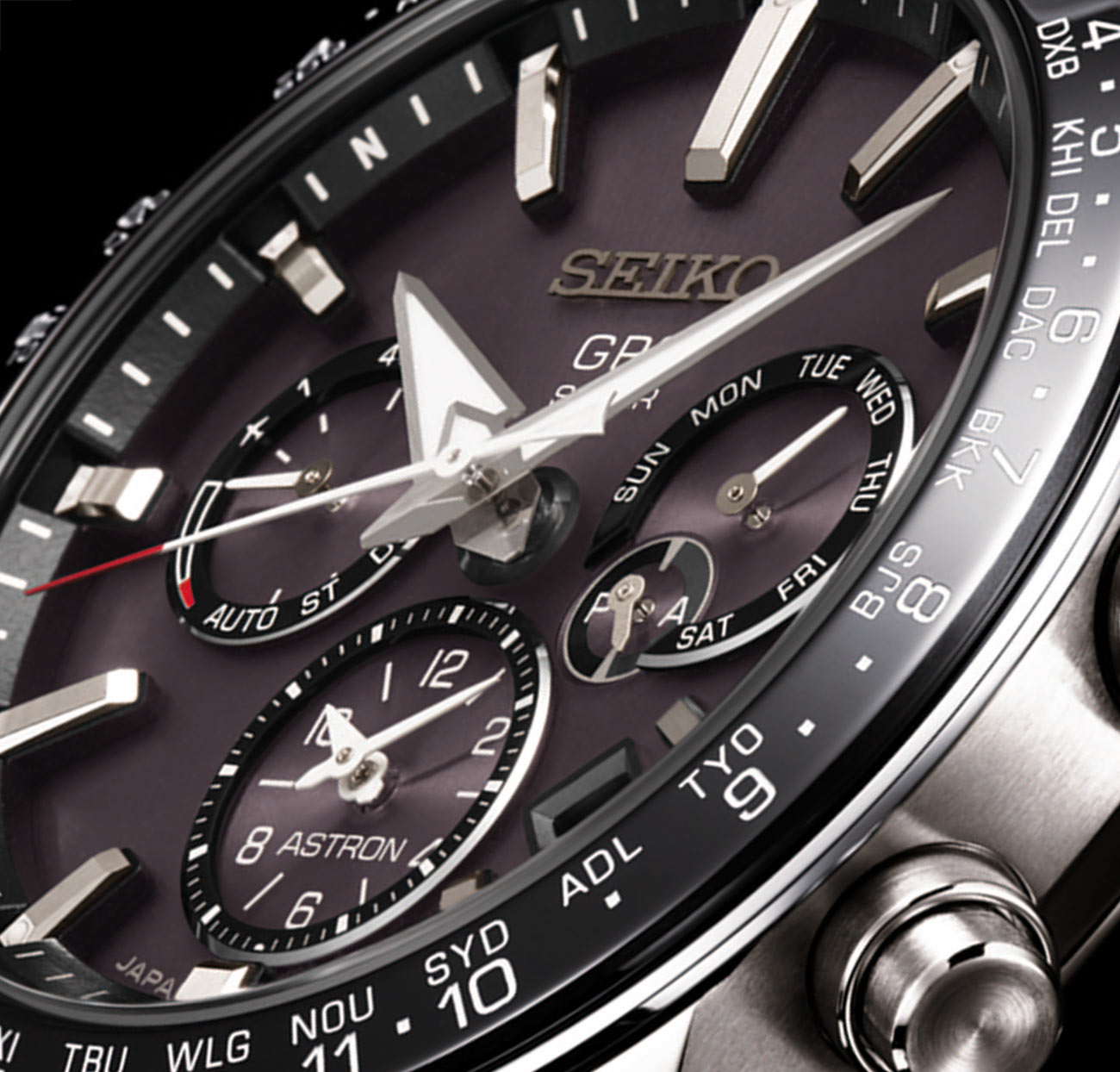 Of course, the Solar part of the name indicates that the movement’s battery is charged by exposure to light. The first time in the day that the dial’s sensor detects sunlight it will automatically connect to the satellite network and update the time. It will connect a second time during the day as set by the user. This will keep the Seiko Astron GPS Solar Dual-Time 5X53 watch accurate more or less to atomic time, the brand says. This focus on simply being the most accurate and useful time-telling watch that it can is both refreshing and endearing to me. 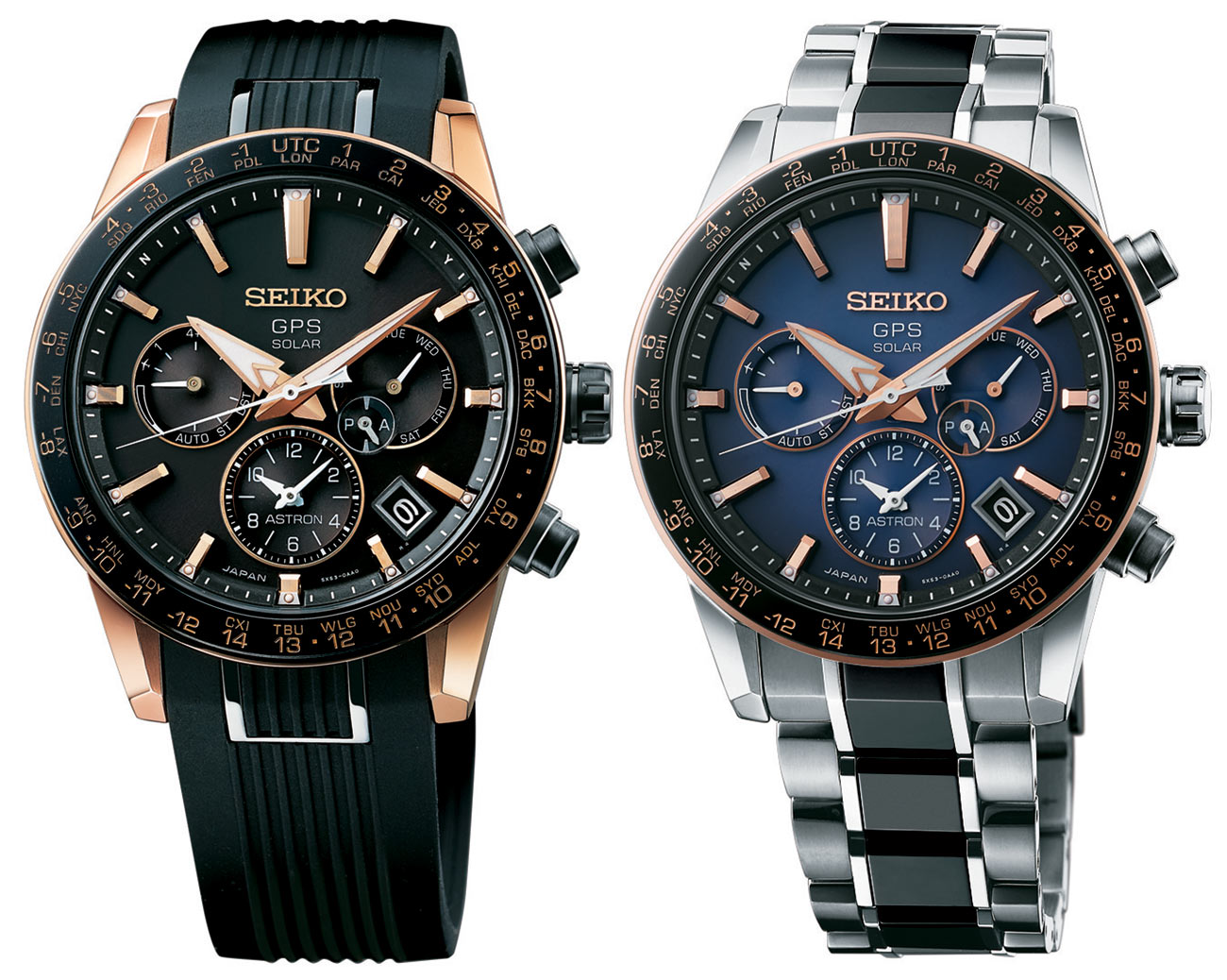 Consumers might struggle sometimes to understand the pricing difference between watches like the Seiko Astron and the various options from less expensive quartz watches or smartwatches, not to mention the prestige of mechanical watches in the same price range. Honestly, it took me some time to wrap my head around – but then again, so did the pricing of mechanical watches. Besides the tech, however, the finishing and materials are part of positioning the Astron in a premium range. The 100m water-resistant cases are all in titanium with brushed and zaratsu polished finishes, sapphire crystal with “super-clear coating,” and ceramic bezels. I believe the material choice of titanium reflects this “ultimate” practical watch concept for its lightness. While titanium has been known to scratch easily, Seiko further uses a “super-hard coating.” 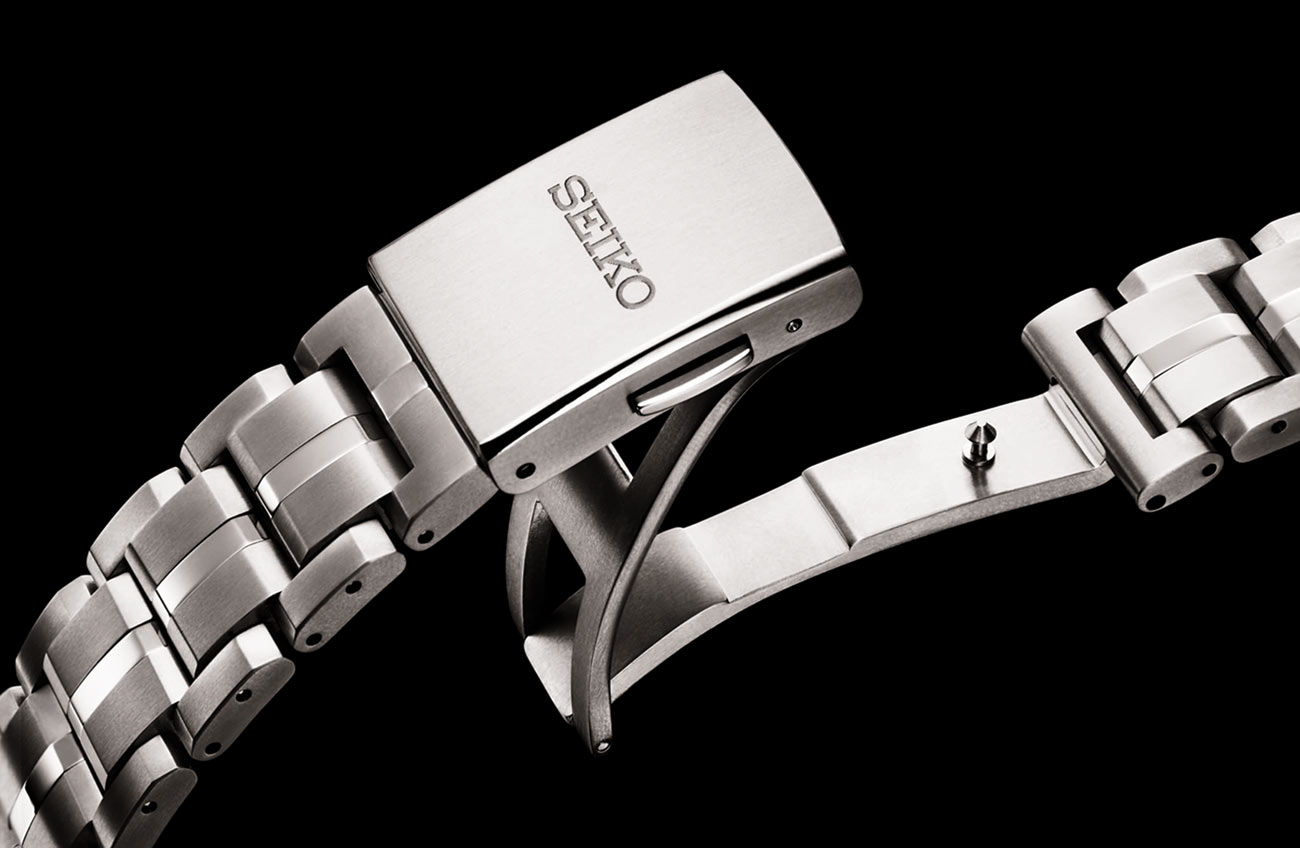 One more thing to note is that most of the new models come with titanium or titanium-and-ceramic (SSH007, SSH009, and SSH011) bracelets with a new micro-adjustment system that allows wearers to tighten and loosen the bracelet on the fly. These are, further, not the stamped Seiko buckles that enthusiasts sometimes complain about, but solid and high-quality feeling, on par with or better than what many Swiss luxury brands are offering – as I have experienced on some other Seiko watches recently. 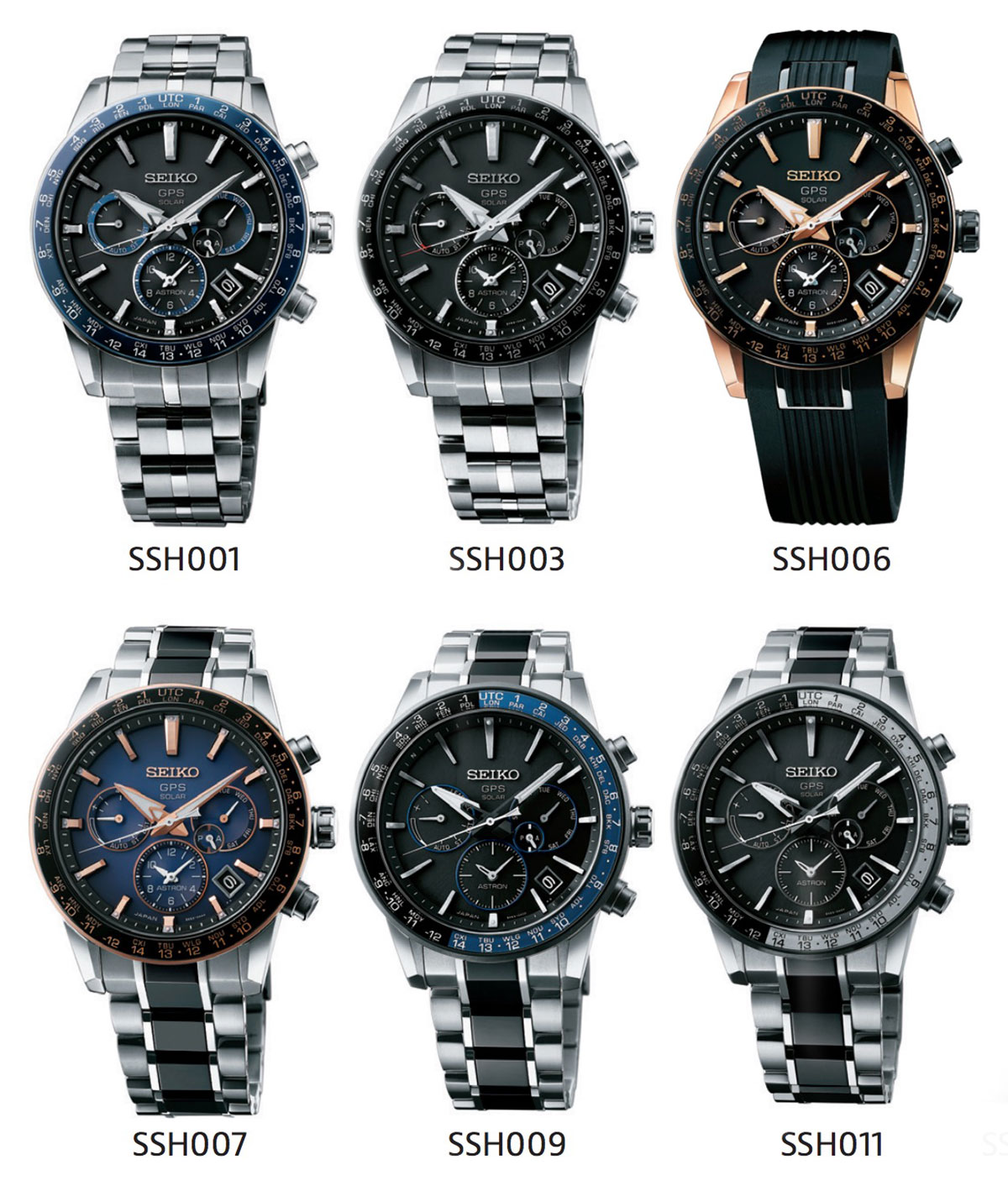 Seiko tells us that as of this release, the new Seiko Astron GPS Solar Dual-Time 5X53 is the “the world’s smallest and thinnest GPS solar watch.” That is admittedly a very niche world record to hold, but it is notable because so many of these watches, whether from Seiko, Citizen, or Casio, have been so large as to push their appeal in the “gadget” direction. Although we have yet to try one on in person, I would guess that this is going to be a quite approachable size for a lot of people. The new 43mm by 12mm size is getting pretty close to perfect sizing for this style of watch, for my taste, though it will be cool to see this functionality crammed into even more compact designs in the future. 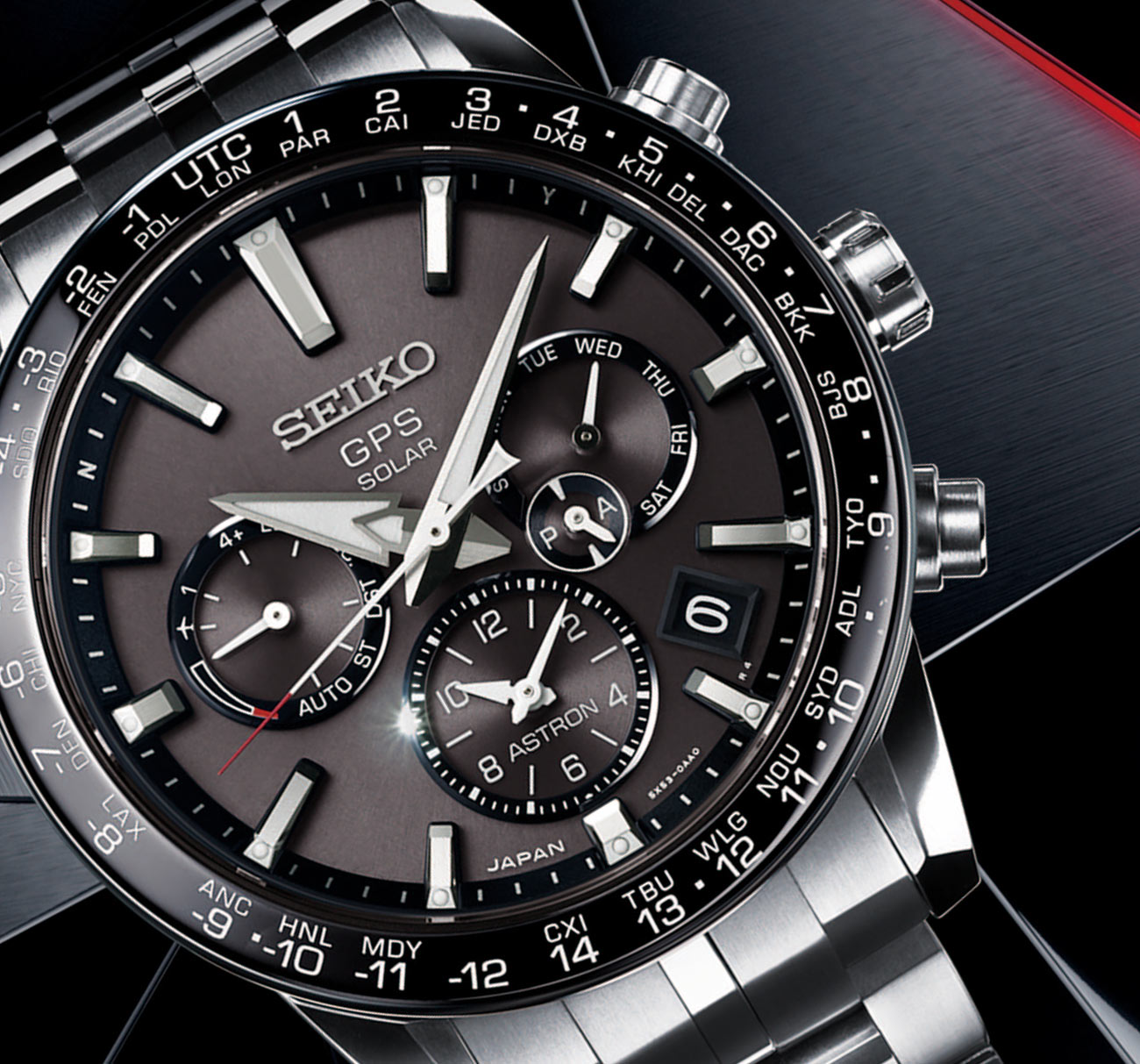