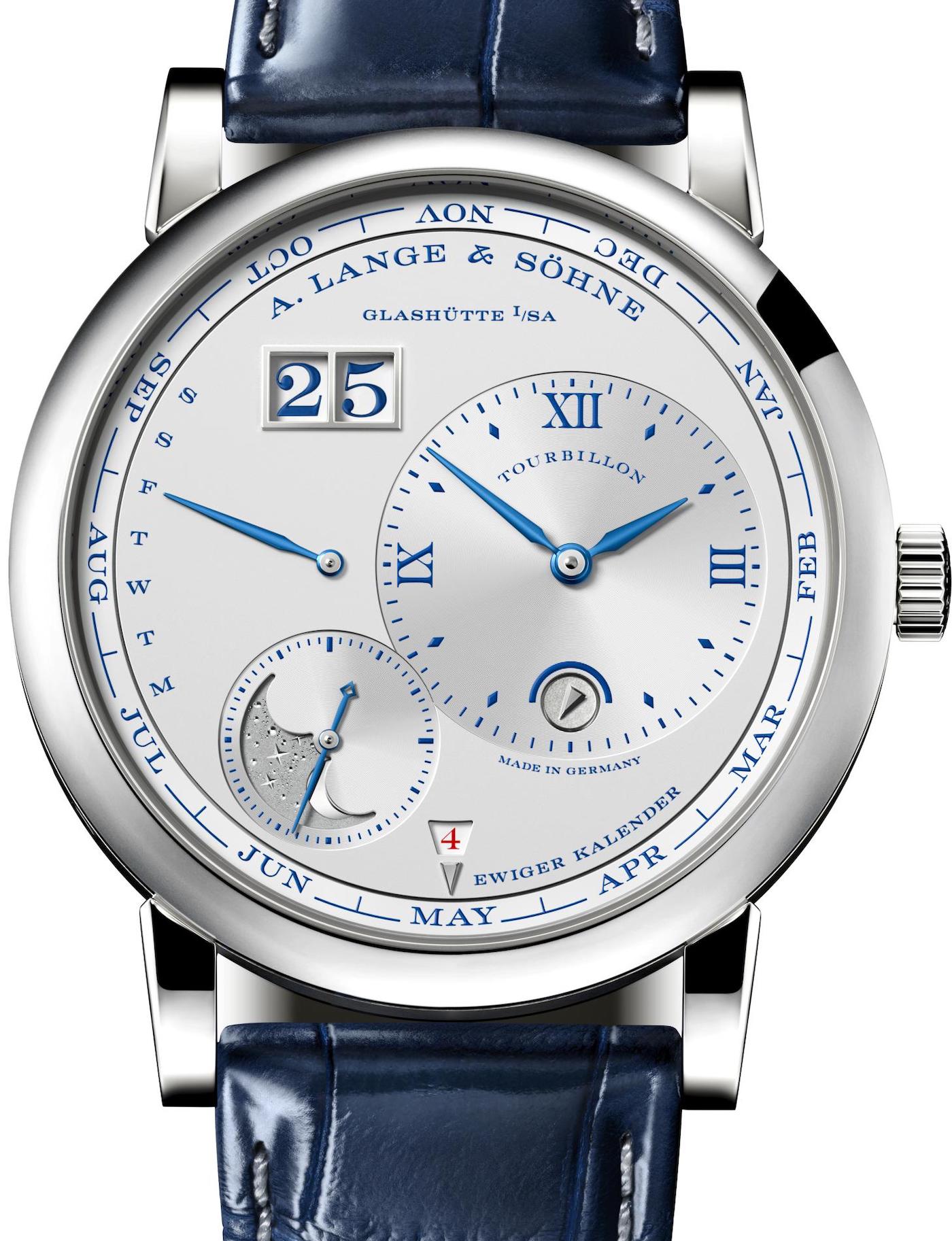 The Lange 1 was introduced in 1994. Overnight, it became the benchmark and standard-bearer for Saxon watchmaking. For its 25th anniversary, A. Lange & Söhne has released the Lange 1 Tourbillon Perpetual Calendar 25th Anniversary Watch. Lange is really pushing the boat out for the brand’s 25th anniversary. This is actually the second-anniversary piece released to mark this milestone, with the first coming in the form of the Lange 1 25th Anniversary Edition watch released earlier this year. The Lange 1 Tourbillon Perpetual Calendar is the next step, the most complicated model in the collection.

This Lange 1 has incorporated a perpetual calendar and moon-phase indicator (accurate for 122.6 years). At 9 o’clock, Lange has opted for a retrograde day-of-week indicator in place of the power reserve. The month indicator, in particular, fascinates me. There is a rotating peripheral ring that hugs the dial. At 6 o’clock, just below the modest date window, a silver arrow points to the current month, and at the end of each month, the ring rotates to the next.

This dial layout is not new for the Lange 1. Ariel covered a previous version here, and one point he made that still rings true is: “Buyers of this watch not only need the ability to afford a $300,000-plus timepiece but also need to harbor the desire to want one that tries hard not to be showy and look like a $300,000-plus timepiece.” In other words, while this is a tourbillon, it is not visible from the dial side. Tourbillons have always been a sort of “flex,” if you will, in the watch world, and this particular setup is about as subtle as it can be. 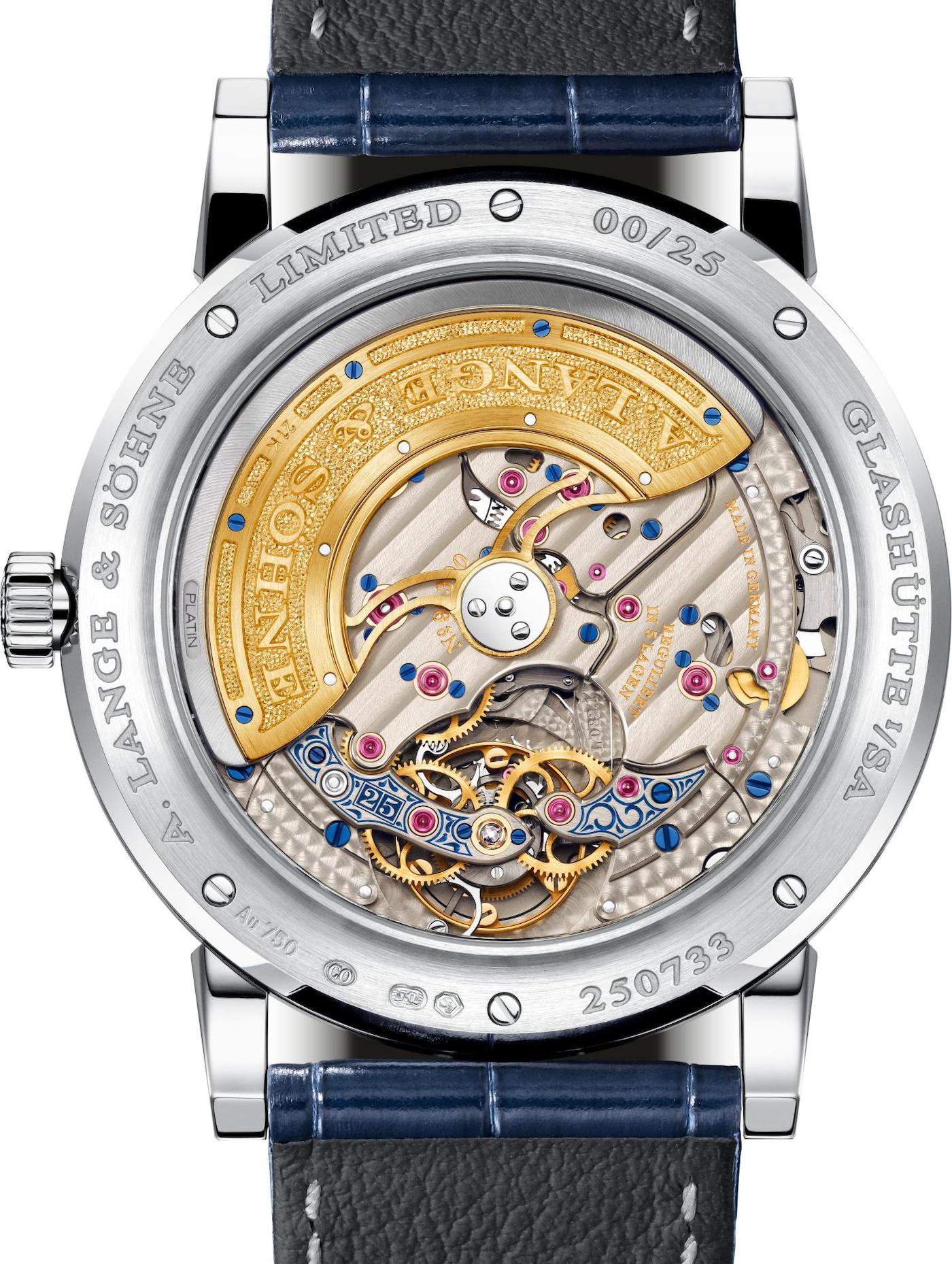 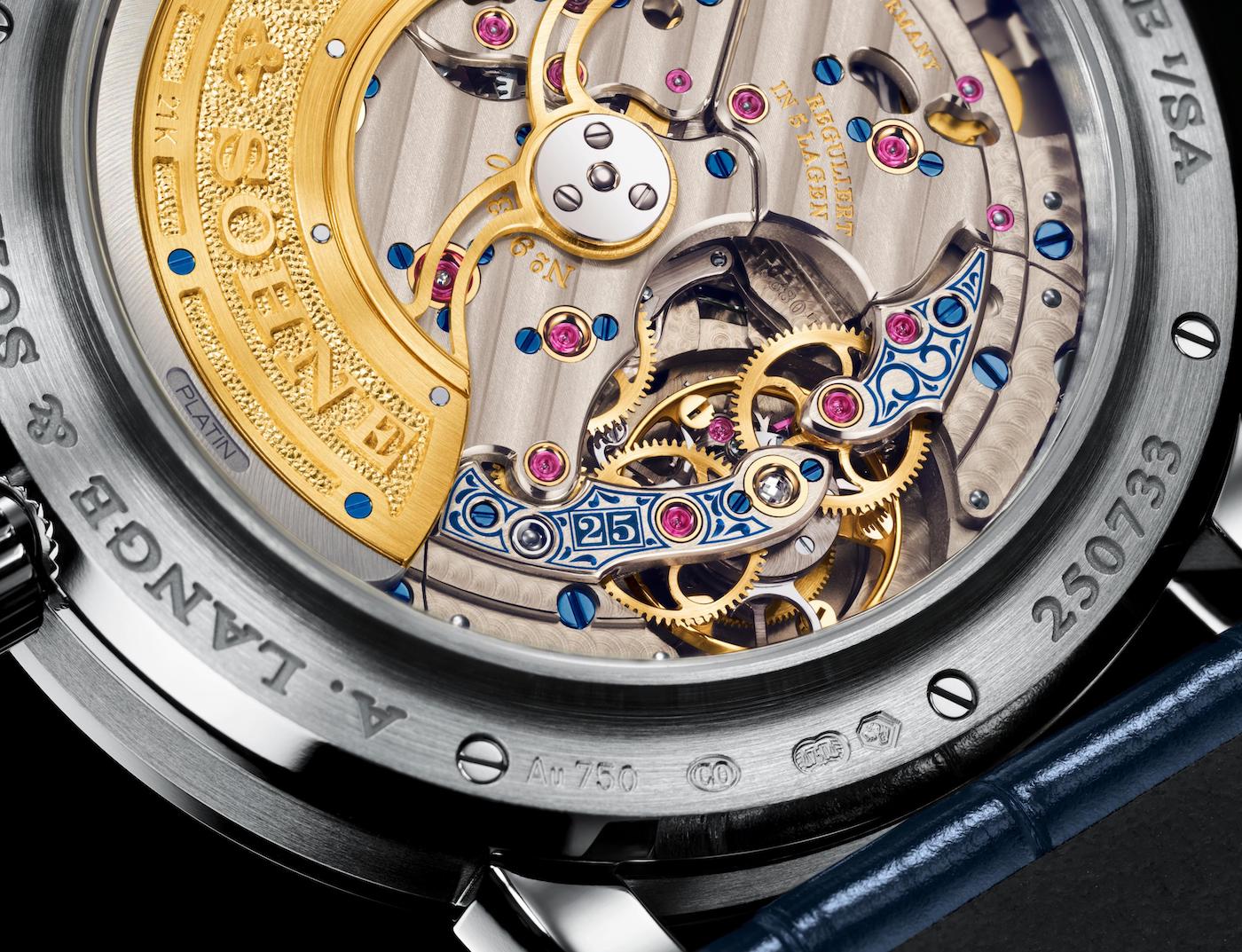 To most folks, the Lange 1 series will represent grail watches or things that will drive one’s ambition to achieve. This particular model does that and then some. With this Lange 1, we have a limited edition of 25 pieces, diamonds inlaid into the movement, and a list of complications that reads like a technical manual, all the while maintaining a class and legibility rare for pieces this complicated. In this special limited edition, Lange has included some very subtle details that just push it over the top for me, the biggest of which is the visible diamond endstone bearing on the tourbillon cage.

A. Lange & Söhne has made several iterations of the Lange 1 that I personally love. The top of the tree for me is the A. Lange & Söhne Grand Lange 1 Moon Phase Lumen. This tribute to the 25th anniversary of the introduction of the Lange 1 now comes close to knocking that one of its perch, though. The A. Lange & Söhne Lange 1 Tourbillon Perpetual Calendar 25th Anniversary Watch will be offered in a limited edition of 25 pieces and priced at $335,800. For more information on this release, visit alange-soehne.com.