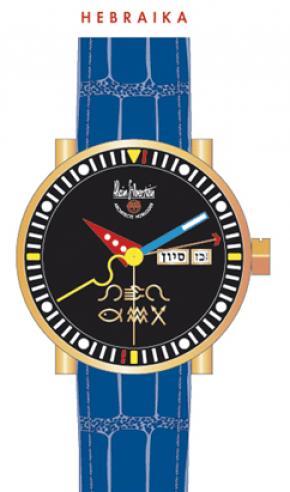 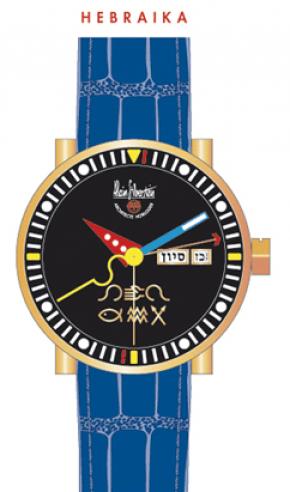 The Jewish new year just ended. On the Jewish/Hebrew calendar scale the year is 5770. The Gregorian calendar that is the universal standard for the US and business all over the world has the year at 2009. There are other calendars out there too that I am not familiar with that have the date as something else still. I find this concept interesting. Think back to the turn of the century when such a big deal was made about the year 2000. It did feel like a big change, as though something special would happen. Then again, if you think about it from a logical standpoint, it is just an arbitrary number, as are most calendars. It all depends on when you start counting. Most calendars “began” counting based on some religious event. So many years later, we forget to an extent that the beginning dates of these calendar systems is so arbitrary. Still, they have lots of meaning for us both actual and symbolic.

So part of the point is that the Gregorian calendar is the only one out there. For religious Jews, the Hebrew calendar is important to keep track of. Which brings me to the Alain Silberstein watches. I want to give credit to Business Montres that pointed out this line of watches to me. See the mention here (in French). I liked Mr. Pon’s mention of them. He always has something interesting to say in regard to the topics of his discussion. 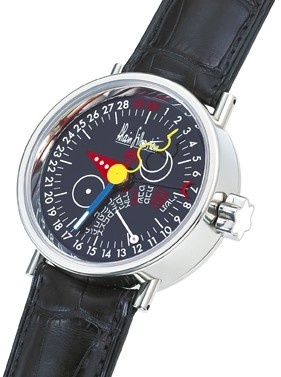 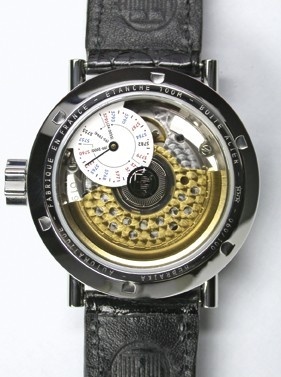 French watch brand (and watch maker with wild mustache) Alain Silberstein is one of the only watch brands I know to take on the challenge of making a watch with the Hebrew calendar on it. I recall seeing from time to time watches that have alternative calendars on them as opposed to the distinct focus of the Gregorian calendar. Admittedly, such complications are niche directed only. For the vast majority of Jewish people, having a Hebrew calendar on their wrist would serve little to no purpose. It just isn’t that important unless you are a Rabbi – and even then this might be a little showy as a watch for a pious man right? Not for me to say I guess.

Seen above are two models that take on the challenge. Both are part of the Alain Silberstein Hebraika collection. A very hard to find watch with extremely limited publicity around them. I believe the watches came out around 1994. The complications where developed together with watch maker Svend Andersen. You’d probably have to contact Alain Silberstein directly for more details. As you can see, the calendar read out is similar to Gregorian calendar in that it shows you the day and date. On the models those are written in Hebrew. The calendar is not that different really. It is based on the lunar, rather than solar calendar more than the Gregorian calendar. Weeks have seven days, but the months are a bit different in length (due to the lunar cycles). For that reason each month typically has 29-30 days. So there is sometimes an extra month to the year – on leap years. I believe the year is 354 days long. 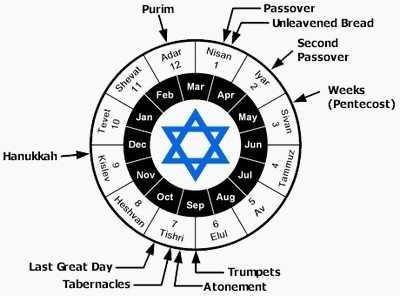 The Hebraika watches are able to take into consideration the complex leap years and months with different lengths. The image you see of the rear of the watch has a year indicator – it is right over the gold rotor for the automatic movement. There are 40 years on the disc, and another 40 years are displayed on a second disc that supposedly came with the watches. 80 years later, you’ll have to get new discs made. Sorry! Did you notice that the crown on one of the watches is made to look like the Star of David? For me, these are just one more reason to be impressed with Alain Silberstein and his watches – from a design, creative, and technical standpoint.

More interesting are some other watches that Alain Silberstein is apparently at work on. We are talking about hybrid or multi calendar watches. These will be timepieces that have more than one calendar on them. Such as the Gregorian calendar and Hebrew calendar. One watches that is apparently due sometime in 2010 is a triple calendar watches (not that type of triple calendar), that had the Gregorian, Hebrew, and Chinese calendar all on one watch. Probably perpetual calendars at that. Wow! That will be some complex looking (and functioning) timepiece. I can’t wait.