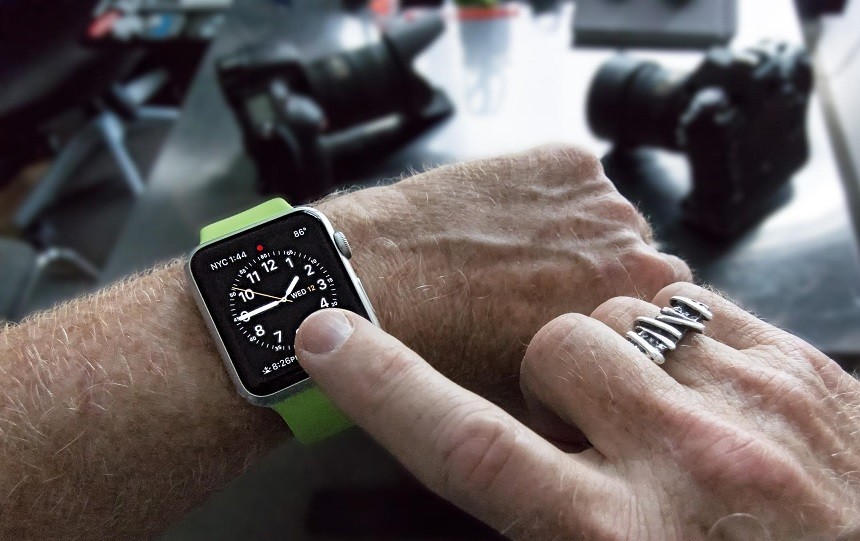 Apple Watch: The Way And Why To Enjoy A Smartwatch For One Horological Enthusiast 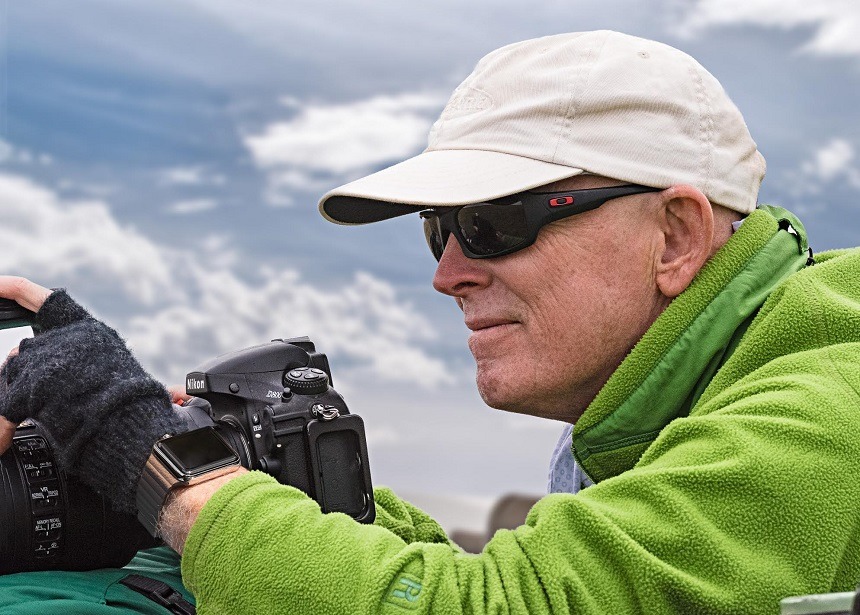 Please enjoy this guest post on the Apple Watch for aBlogtoWatch by professional photographer and watch enthusiast Mark Alberhasky, founder of IMAGEMA.com.

I remember exactly the moment the Apple Watch was unveiled to the world. And as soon as the beauty shots and video hit the screen, I knew I faced a conundrum: How will this fit in among my collection of fine timepieces, and will my passion for watches disappear among ones and zeros? These were questions not easily answered, but I had many months to grapple with the ramifications, none of which could actually be resolved until the hype cleared and The Watch physically materialized.

Although I knew my enthusiasm for all things Apple guaranteed I would buy the Apple Watch at the earliest opportunity, acquiring one, ironically, became something of a quest. As a professional photographer in my current life, I was scheduled to be in Costa Rica the night orders would go live on the Apple website. Determined not to let to such a small hurdle push me to the back of the line, I recruited my son to log on at the stroke of availability and place an order for the 42mm stainless steel version with the brown magnetic loop. Subconsciously, my taste in watches (Rolex Submariner, Omega Solar Impulse Speedmaster, Baume & Mercier Shogun) steered me instinctively toward the more expensive, middle tier Apple Watches. With an order successfully placed, like many others, I waited. After a lengthy interlude, the order status finally changed, and a delivery date loomed on the horizon. An unthinkable delivery date! In a lifetime of coincidences, I could never have foreseen that the time frame for arrival of the Apple Watch would coincide with a repeat trip to Costa Rica! I had never previously been to Costa Rica in my life, yet in the span of two months, this little country was doing it’s best to thwart my possession of the Apple Watch. Suffice it to say that the rigors of a signature delivery requirement were quashed and a special box awaited my return from Central America.

Understanding the Apple Watch took some time. It was a totally new learning curve, and not one that iPhone ownership made any less steep. But as I spent time exploring my newly redefined wrist space, I became more familiar with the information I found there. Much of what was ballyhooed as amazing held little interest for me (health & fitness features), and I gradually fine tuned what I asked the watch to do. This did, in fact, reduce the frequency with which my iPhone 6 came out of my pocket each day. I decided that the only reasonable way to assess how a smartwatch could impact my world would be to wear it exclusively for a sustained period of time, so my watch winder became a rest haven for my small cadre of real watches. “Time will tell,” I thought quite literally.

My summer 2015 schedule was jammed with international travel, and as I made my timepiece selection for two weeks in Ireland and Scotland, it seemed the perfect test for this small techno-wonder. Even with a foreign SIM in my unlocked iPhone 6, the Apple Watch seemed perfectly content fielding text messages and email notifications from near and far, lulling me into a new rhythm of bits and bytes. All was well until the end of my time in Scotland, when I boarded a one hour flight to Amsterdam, en route to New York and finally Atlanta.

I dutifully placed my iPhone in airplane mode as we headed to Amsterdam, wondering if the SIM I used in Scotland was going to have any phone time/data usable in the Amsterdam airport. When the plane touched down at Amsterdam Airport Schiphol, I reflexively turned off airplane mode and placed the phone in my pocket, now accustomed to the watch doing much of the light duty work to keep me informed. I inspected the ticket for the next leg of my flight and, looking at the Apple Watch, saw that I had hours to spare. I was traveling with a partner whose flight layover was even longer than mine, and we decided to do a leisurely lunch. We eventually finished lunch and parted ways, each heading to our respective gates.

Imagine my dismay when I presented my ticket to the gate agent and she looked at it with a puzzled expression, saying, “Where have you been? Your flight has left.”

The perfect storm of time zone change and technology failure had just caused me to miss the first flight of my life. I was dumbfounded but soon realized I was just dumb. (A) I hadn’t realized that although the flight from Scotland to Amsterdam was just 60 minutes, it represented a time zone change; and (B) for one reason or another, Bluetooth on the Apple Watch had not been enabled. Was it because turning airplane mode off on the iPhone didn’t re-enable Bluetooth on the Apple Watch, or something else I had inadvertently done? It didn’t matter, the plane was gone. I was sent to another gate where a KLM agent feverishly did battle with a poorly responsive booking system, trying to get me on the next available flight to New York. The security check in window (European style gate security protocol) was about to close. “Run, don’t walk, or you won’t make this flight” she emphasized, as she ran my credit card for an additional $300 charge (new flight fare status). I groaned inwardly but ran. I made the flight, but of course, my checked bag did not.

Six hours at 30,000 feet gave me plenty of time to think about what just happened, initially tarnishing the smartwatch experience. By the time I landed, however, I saw the lighter side of my tech snafu and could make fun of myself and my wrist tech marvel. Once home again, with a Submariner on my wrist, I had two simultaneous thoughts: “You only tell me the time?” and “You are quite beautiful.” I wore the Apple Watch sporadically for the next month, alternating with other horologic favorites. Ironically, because I was hesitant to sweat or otherwise get the Apple Watch and it’s magnetic leather strap wet, I often choose a finer, but more rugged timepiece for recreational activities. I still hadn’t quite figured out the appropriate niche for the Apple Watch in my collection hierarchy.

Then, a funny thing happened. I happened to be in the Apple store for an iPhone repair that left me with a prolonged stay. I meandered by the Apple Watch display and for some unknown reason, stopped at the sport versions with their multicolored straps. The matte finished aluminum seemed to glow and, as someone with an eye for color, the case glow and strap vibrance suddenly clicked. My prejudice toward more refined materials had blinded me to the fact that I actually preferred the appearance of the Apple Watch Sport. With that quick realization, the decision to “Craigslist” the stainless steel version and replace it with a sport model, albeit at a loss, became my next step. And it didn’t take long.

Then, funny things two, three, and four happened. I really preferred the entry-level Apple Watch Sport for multiple reasons. First, the fluroelastomer band was easier to put on than the magnetic loop, and, as beautiful as I thought the leather loop was, the looser fit of the plastic strap was more comfortable in warm weather (IMHO). Second, the Ion-x glass of the Apple Watch Sport crystal felt more touch responsive (to my finger) than the sapphire crystal of the stainless Apple Watch. And finally, the digital crown and side button for controlling the Apple Watch Sport had a distinctly lighter touch, making operation of the controls a more pleasant user experience.

The bottom line for this watch enthusiast is that the Apple Watch is something unique and worthy of inclusion in a timepiece collection. At least for this writer, the Apple Watch Sport defines it’s own place in the grand scheme of things, leaving ample time for the enjoyment of my more classic watches. “Entry-level” may be a label that many avoid like the plague, but in retrospect, it’s become the perfect fit for the Apple Watch on my wrist. apple.com/watch