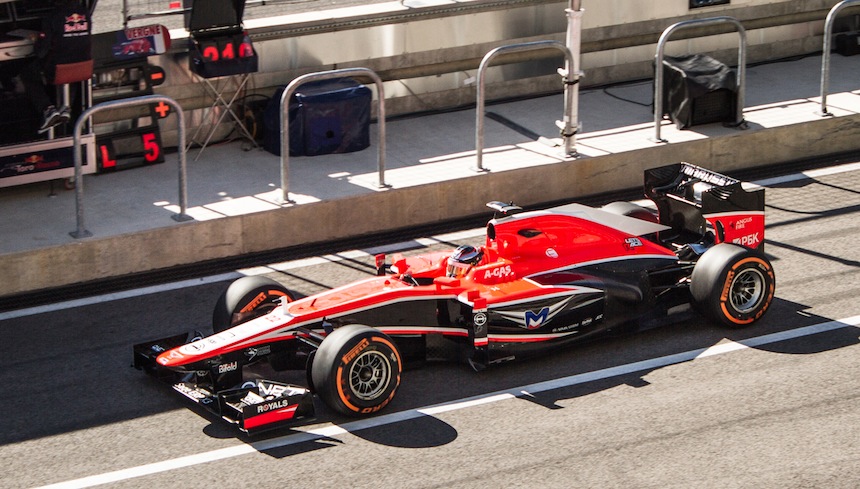 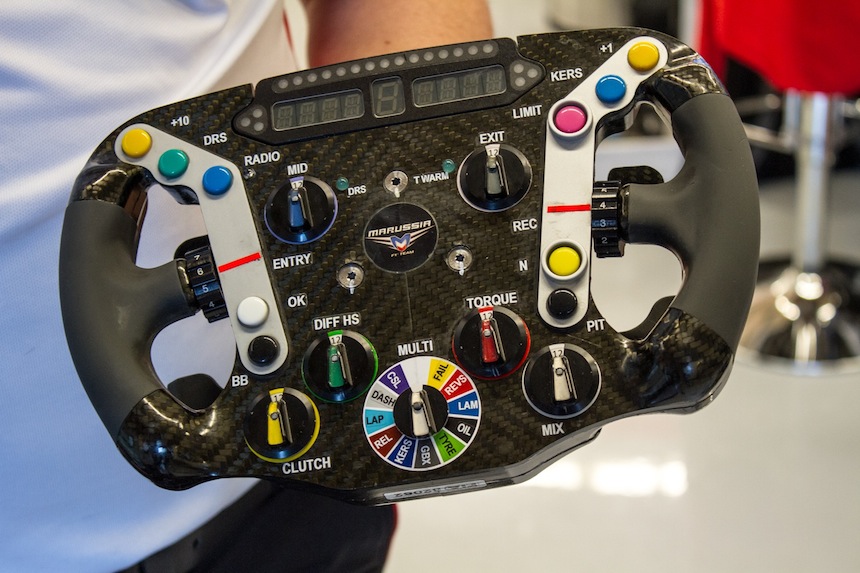 Bespoke manufacturing is a reality shared between watch making and top-tier motorsports like Formula One. This attention to detail and customization is born not only of a passion for the final product, but it also insulates the product and the manufacturer from external forces and offers protection from competition. So whether you’re holding a watch or an F1 steering wheel, the do-it-yourself attitude is as much a competitive advantage as it is an expression of passion and a hunt for perfection. 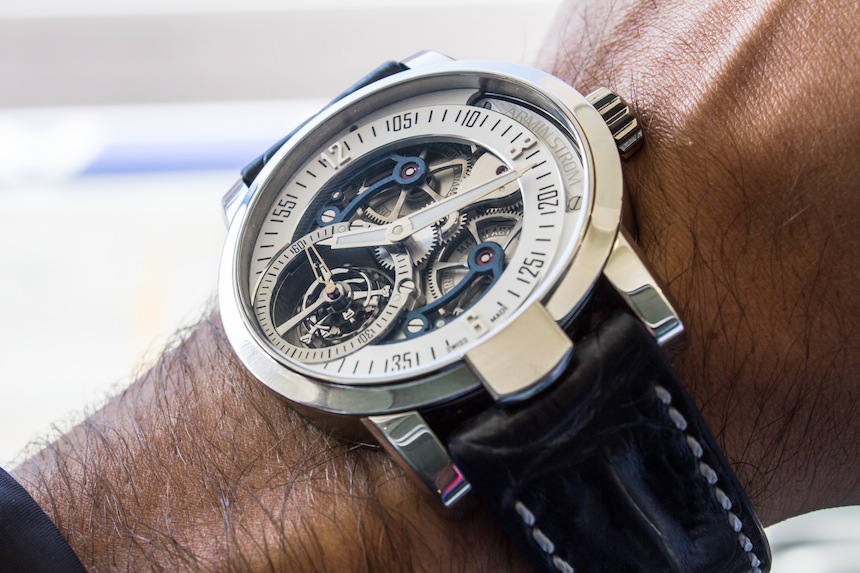 Consider the Tourbillon Water Special Edition (above). The dial offers a legible time display along with a complete view of the double barrel winding system and the huge tourbillon which forms the seconds display at nine. From the polishing to the decoration and beveling, every element is beautifully finished and begs for closer attention.

This version is one of my favorites not only because of the entertaining tourbillon, but also due to the beautiful blued symmetrical skeleton bridges which offer a full view of the twin power reserves. This model comes mounted to a blue hornback strap and claims a retail price of 98,000 CHF. While not nearly as complex as an F1 car, a watch such as this requires a large team of people guiding its development from the design to the final piece, a journey that is no small undertaking. 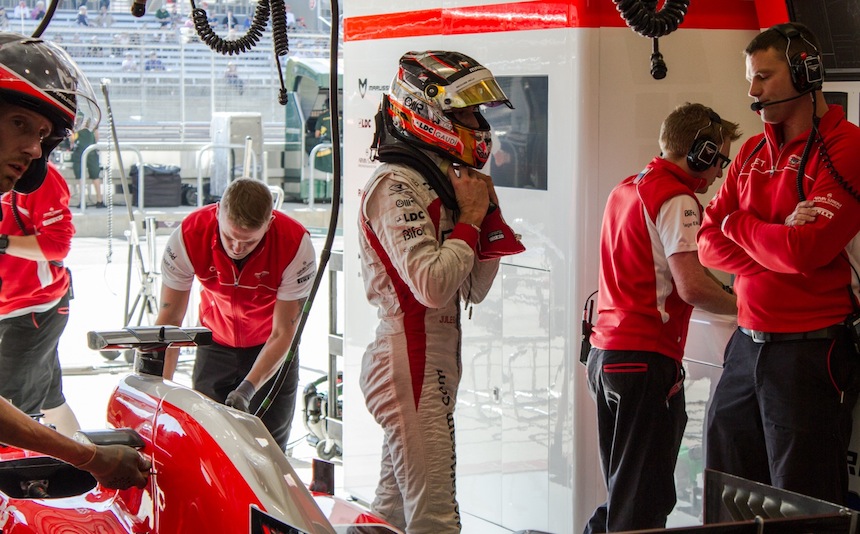 So there seems to be a natural connection between high-end watch making and the technical aspects of a Formula One team, but is that enough to sell watches? Even as a fairly hardcore car nerd, I don’t think that it is. But the way I see it, there is one more conceptual shared aspect between Formula One and luxury watches – emotion. The technical aspects of an F1 car are really only exciting because of the drama, noise and competition of the racing.

If the car never left the pit lane, if it never roared to life and responded to the lightning fast reflexes of a driver’s input, would we care at all? It would just be a tech demo, a design study in very expensive engineering. Would most of us be able to picture a space shuttle in our minds if they were never launched into space? 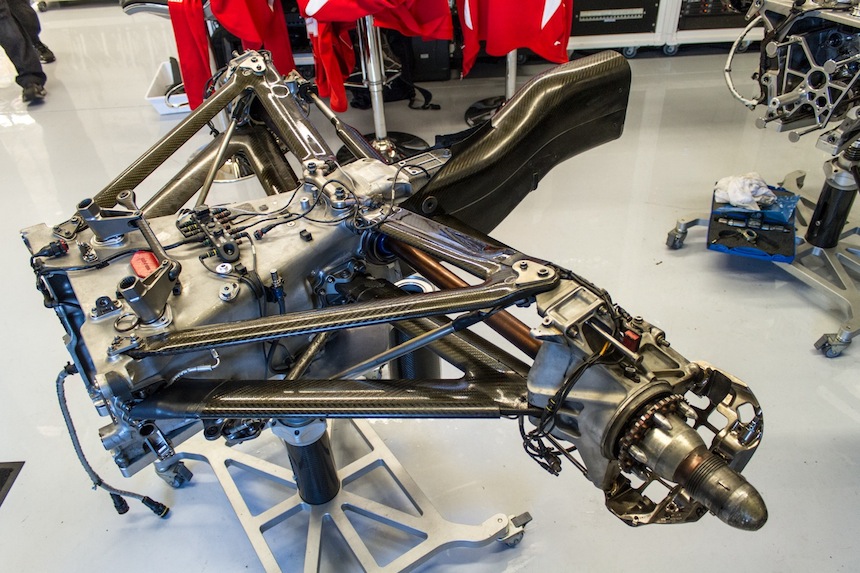 We were at the track for the practice sessions and I wish I had the words to describe the sound of an F1 car passing on a straight at full throttle, ripping uphill and then tearing into its brakes as its driver fires down through the gears and the tires beg for contact on the hot track. For me, the sights and sounds of these cars were nothing short of dreamlike. Standing above the track, I knew I had to wait just a few short seconds to witness yet another car blast by to spine-tingling effect, witness to the church of speed and sound. I think this is paramount to understanding why a watch brand might want to sponsor a Formula One team, to access the emotional connection that is created when the technical elements combine with a red-blooded human element (the driver, team and spectators) to create something that, for fans, is more than the sum of its parts, not just a car and not just a race.

If you’re rolling your eyes at this idea, take a moment to consider if you bought you last watch (or any watch, for that matter) just to tell the time. The process of getting a new watch is, for an enthusiast, an emotional experience. You pick a watch based on the way it makes you feel, your appreciation for its technical attributes, design and style and when you finally have it on wrist, it feels like so much more than its ability to tell the time. I believe this is why a watch brand could do a lot worse than sponsoring an F1 team.

I have to admit, when I first learned that Armin Strom supported an F1 team, it seemed like a needlessly expensive partnership of convenience and co-branding. Armin Strom watches are expensive, so why not foster a spiritual connection to another expensive endeavor like motorsports? In the affluent playboy world of international racing, surely this partnership would move a few watches and allow for an exciting theatre with which to entertain press and retailers. After spending the day at the track, I can say that all of those assumptions are likely correct, but I have my doubts that convenience is what brought Marussia and Armin Strom together.

It can’t be cheap to support an F1 team and there is no doubt that the same money could buy a lot of ad space in magazines and on websites with global audiences. The partnership, with all of its costs and benefits, is undoubtedly the product of a strong emotional connection. A connection to the technicality, bespoke engineering, and outright love for a sport that blends mechanical prowess with a tangible but often unpredictable human contingent. 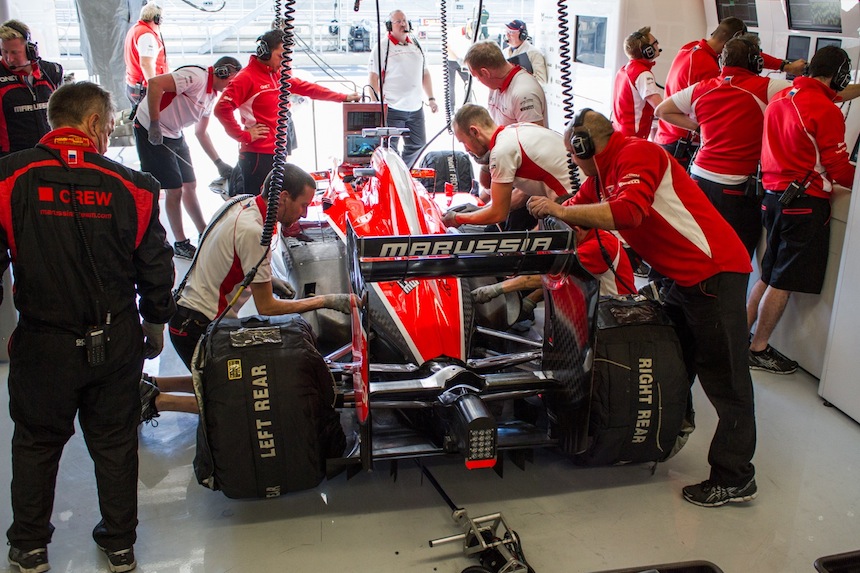 The many ways in which the mindset and perspective of a Formula One team align with a small but ambitious luxury watch brand makes this a natural connection that runs deeper than I had expected. I’m not saying that if you like watches you’re guaranteed to like Formula One (though it is likely). I’m suggesting that if you build watches like those from Armin Strom, you’ll likely feel right at home in the ultra competitive, over-engineered and altogether seductive world of Formula One racing. arminstrom.com