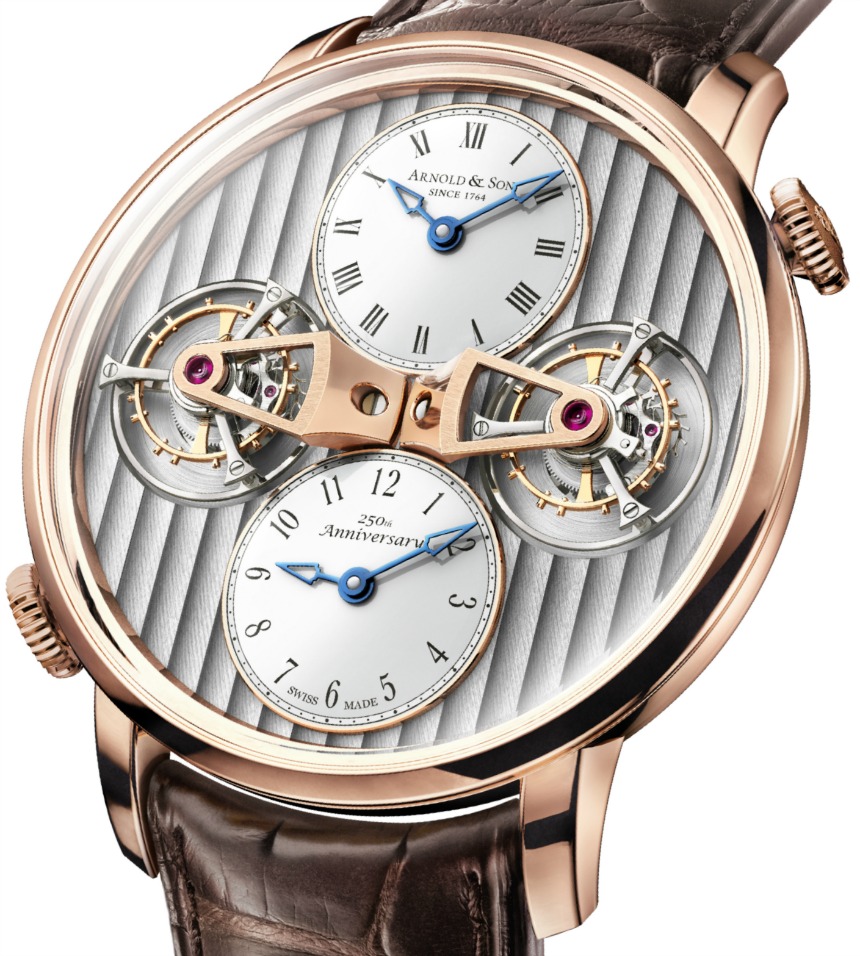 What do you get when you combine the Arnold & Son DBG and UTTE watches? The Arnold & Son DTE of course! Oddly, that even seems to make mathematical sense. For 2014 Swiss watch maker Arnold & Son will release this new limited edition double time, double tourbillon timepiece which is officially known as the “Double Tourbillon Escapement” watch. While it doesn’t break new ground technically, it doesn’t need to. This is all about visual and design excellence in the form of an admirably complicated watch from a brand that has been on a serious roll lately.

To understand how the DTE came into existence it is a good idea to first look at the Arnold & Son DBG (aBlogtoWatch review here) with its double balance wheels and double dials for the time. Next look at the 2013 Arnold & Son UTTE (aBlogtoWatch review here), that was their ultra-thin tourbillon timepiece. Combine the two and you get a rather thin case with two tourbillons and two dials for the time. It is like the two watches have a child who grew up to live in an even higher rent district than its already wealthy parents. 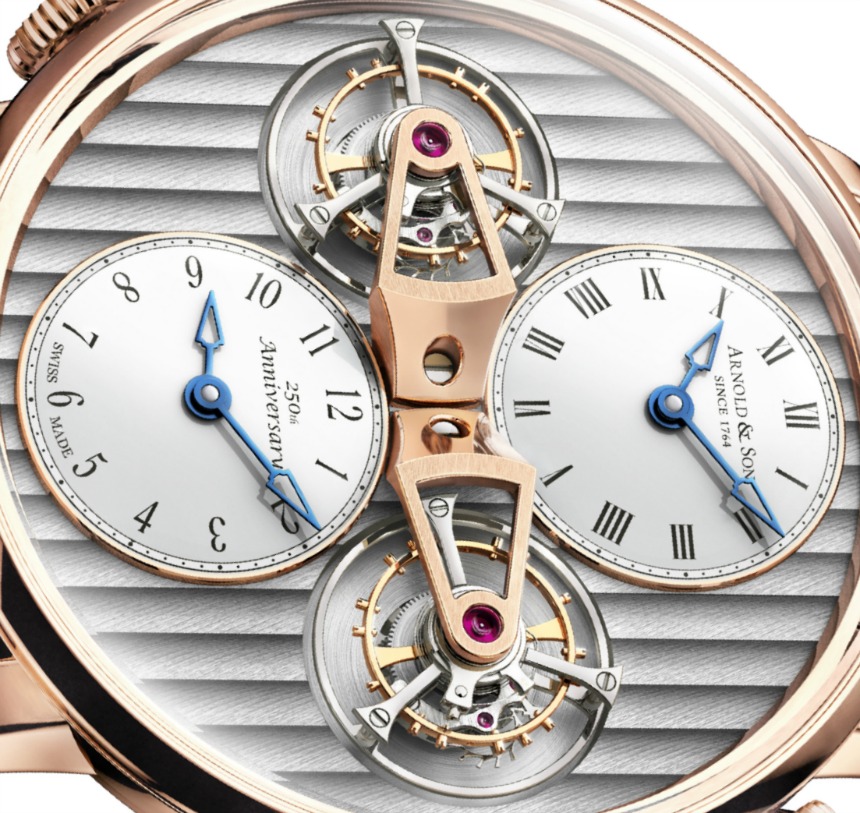 With that said, the Arnold & Son DTE watch is just 8.35mm thick in a 43.5mm wide case. That is just 0.01mm thicker than the 8.34mm thick Arnold & Son UTTE (Ultra Thin Tourbillon Escapement) watch. For 2014, the case will be offered exclusively in 18k red gold and the face will have Cotes de Geneve style decorative stripes. I also like the tall bridges that hold each of the tourbillon cages. Inside the watch is the new Arnold & Son in-house made A&S8513 manually wound movement with 90 hours of power reserve.

Technically speaking, the DTE is very much like the DBG in that each dial for the time has its own gear train and own escapement. That means each of the dials can be independently set to the minute and the two tourbillons each actually do something. This is in contrast to some other double tourbillon watches where the duo of tourbillons more or less serves as mechanical art. In this case the movement is separated into two gear trains that feed off the same mainspring barrel so the system makes much more practical sense.

With a handsome symmetrical design, this is sure to be one of our favorite new watches for Baselworld 2014. We look forward to getting a hands-on look at this lovely DTE timepiece, though it will be rather limited to start being initially offered as a limited edition of just 28 pieces in honor of the 250th anniversary of the brand’s namesake Mr. John Arnold. Price for the Arnold & Son DTE watch is $210,000. arnoldandson.com 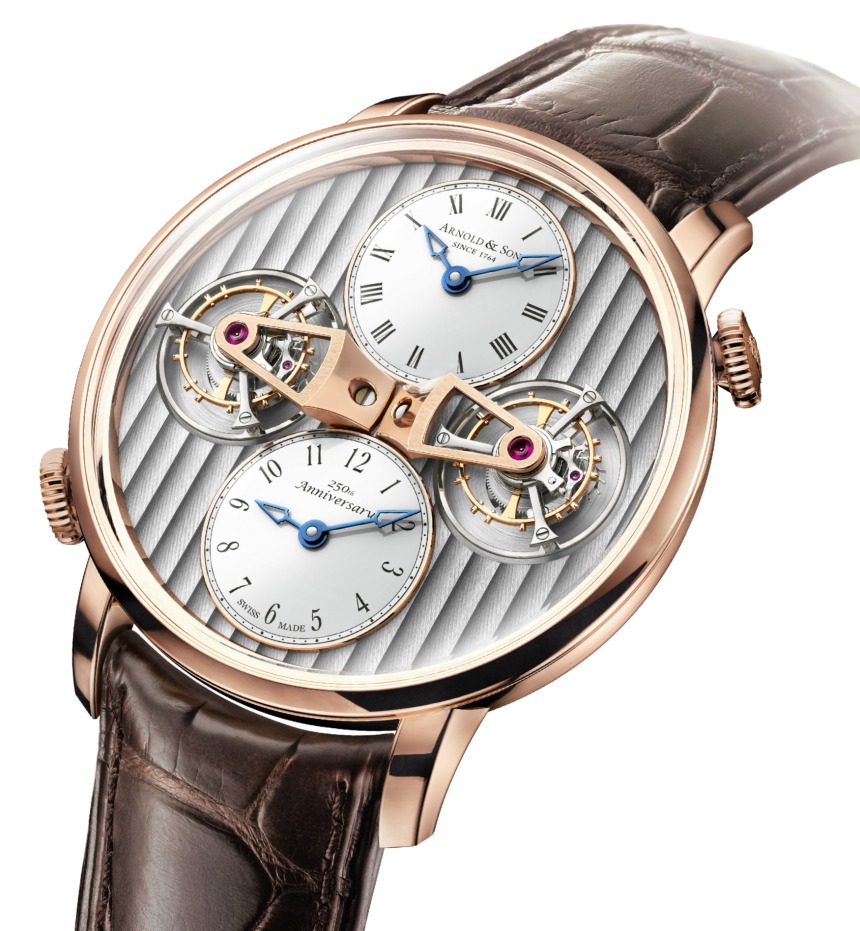