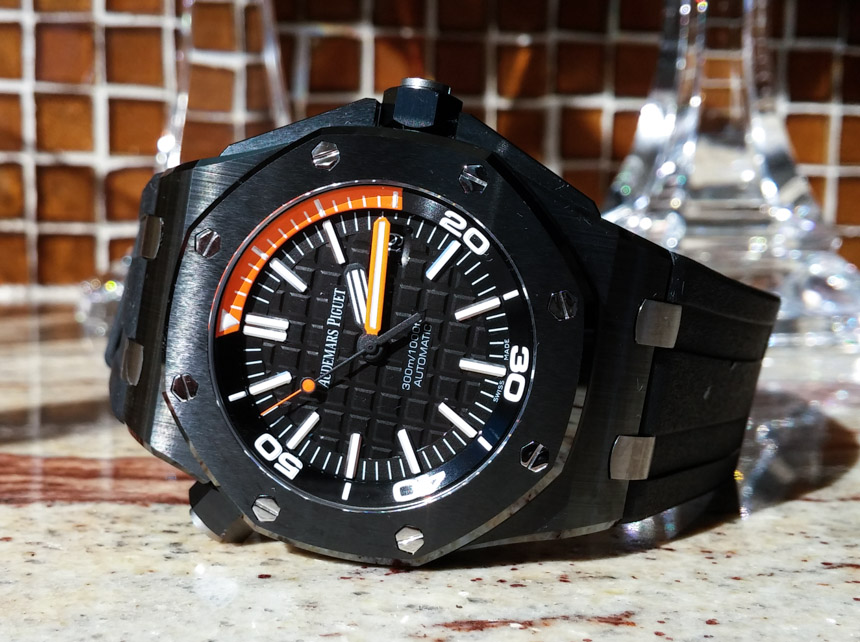 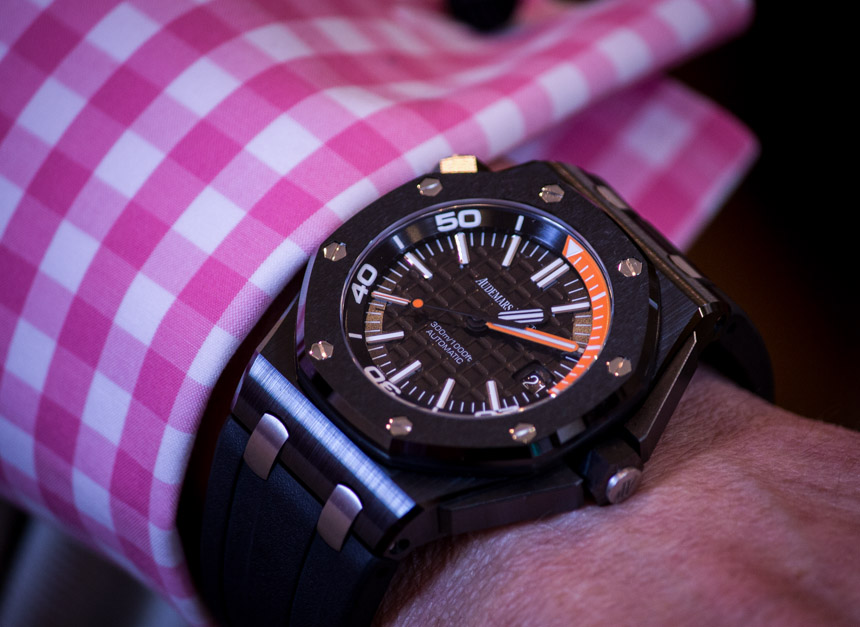 I have been wearing the Audemars Piguet Black Ceramic, Royal Oak Offshore Diver for nearly one week. I am lucky to be among the first people in the United States to wear the latest incarnation of the iconic Royal Oak design. This is the newest addition Royal Oak Offshore Diver (hands-on here), which was first available in steel, then forged carbon, and now in all-ceramic. The watch itself is really impressive, but for me it is part of a larger journey with the brand.

My relationship with Audemars Piguet and the family of Royal Oaks goes back nearly thirty-six years. In 1977 my mother was shopping for a watch. She was focused on a gold Piaget with a malachite dial or gold Rolex Lady Datejust. I was always a watch enthusiast, and had recently learned of the Royal Oak at the time. Designed by Gerald Genta in 1972, the Royal Oak was the first sport watch that transcended the genre and crossed the line into the luxury category. It was shocking at the time – an Audemars Piguet stainless steel sport watch that sold for the same price as a gold watch from other brands. 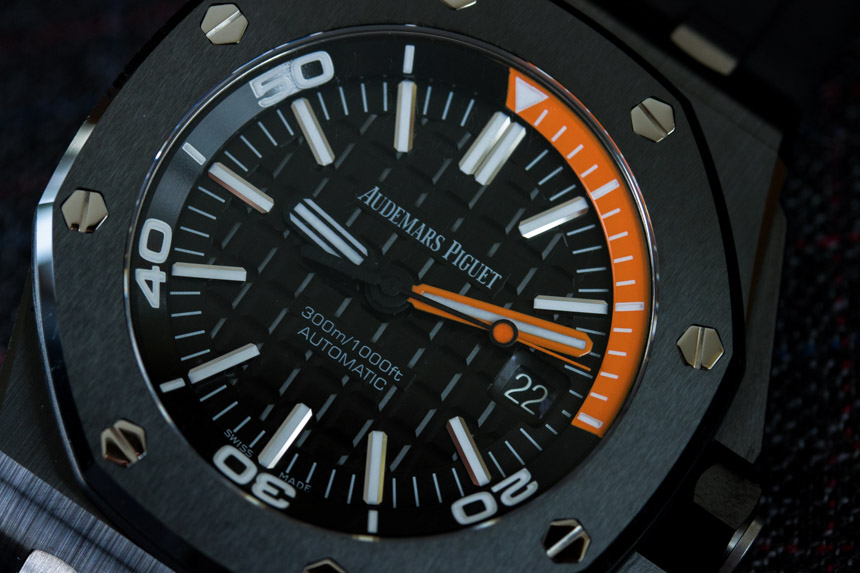 My mother enjoyed pushing boundaries; she recognized that the AP Royal Oak was something special. After all, she drove a Jaguar XJ 12C, a unique limited production coupe fashioned from the classic four-door sedan. The 5.3 Liter V12, had a total production run in the US of 992 for the two years it was available. Our readers who know the history of the Royal Oak, will smile at this next fact. When the Royal Oak was first introduced in 1972, it was Audemars Piguet’s plan to only produce 1000 pieces as a limited edition (clearly it never worked out that way). The parallel between the car and watch is amusing, and the numbers are virtually the same for each. Sadly, Jaguar’s beautiful rendition of a “Super Car” that was blisteringly fast, and ultra luxurious, met its demise. The Royal Oak surely did not!

Going back to my mother, after seeing the Audemars Piguet watch initially, she had no doubt about her decision and purchased a stainless steel and yellow gold Royal Oak Automatic, from the iconic Leon at Cellini. Her watch, just like the Men’s Jumbo, was larger in size, and somewhat unusually shaped at that time. Seeing the watch for the first time, her sister was surprised and commented that she expected her to come home with a nicer watch. When my mother asked what was wrong with the Royal Oak, she replied, “I don’t understand why the screws are showing.” We could not stop laughing! To this day, everyone I repeat that story to, laughs. It proves beyond a doubt that the Royal Oak turned luxury inside out, literally! 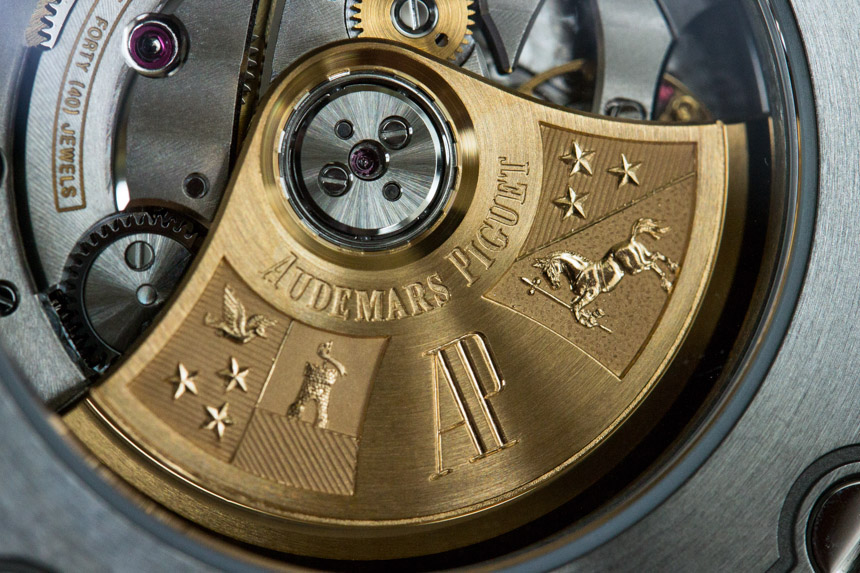 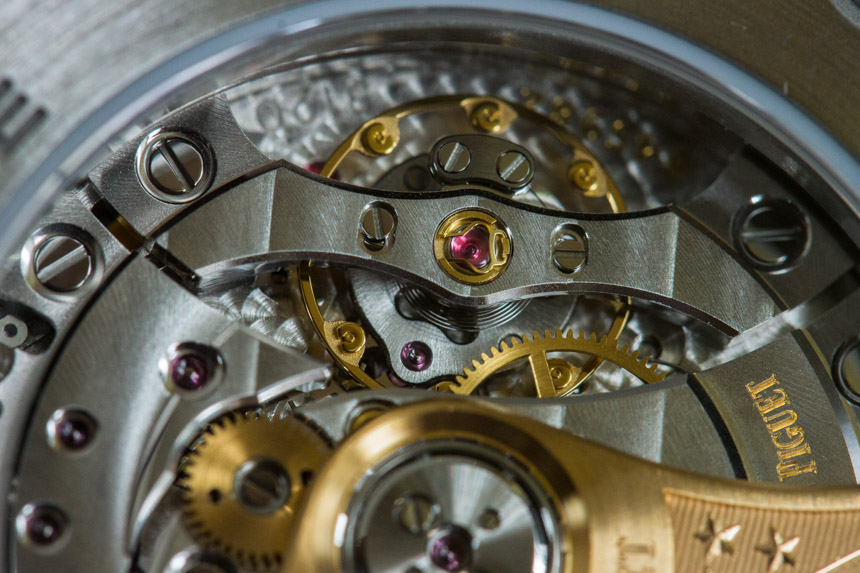 Seeing her watch every day, I knew that I too, had to have a Royal Oak. When I acquired my own “Jumbo,” I knew that I had the perfect blend of sport and luxury wrapped around my wrist! It was so beautiful and elegant. This was a watch destined to become an iconic representation of the brand. Wearing the Royal Oak allowed me to “fly under the radar.” While everyone thought the watch was beautiful, only a handful of people really understood the importance of its design, and the remarkable company behind it.

Fast forward to 2013. Black watches are in fashion more than ever before and ceramic is the hottest material around. The market is full of black watches made of plastic, metal or manipulated steel. Audemars Piguet for years has experimented with various materials and like many others prefers ceramic for many applications – though fully ceramic Royal Oak watches are still uncommon. Based upon the classic design and crafted of black ceramic, the latest Royal Oak is again both stylish and unique, and in my opinion still flies “under the radar” being harmonious in color, and design.