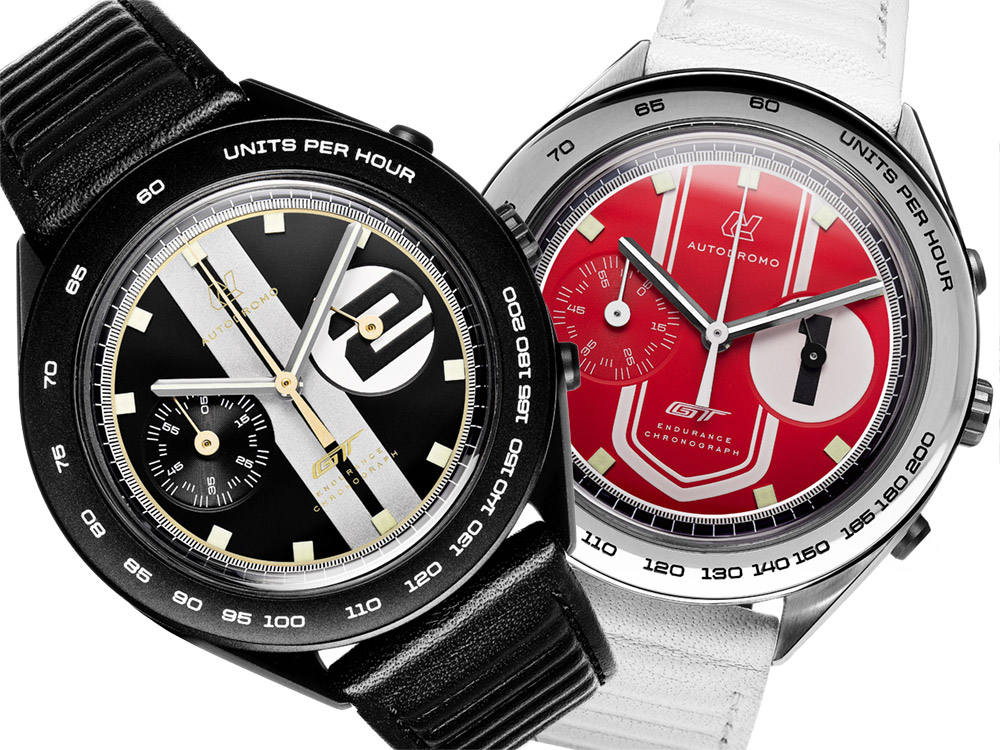 Automotive-themed American watch brand Autodromo today excitedly announces its first major automaker collaboration with the Autodromo Ford GT Endurance Chronograph watch as well as a higher-end model available only to owners of the new Ford GT “supercar.” It’s a big step for the New York-based watchmaker that has been successful among car enthusiasts with a vintage car and lifestyle image and relatively affordable products. It also appears to signal a possible new upmarket direction for the brand, as the Autodromo Ford GT Owner’s Edition Chronograph will be equipped with a “Swiss Made Automatic Flyback Chronograph movement” – and those are known to be relatively pricey. 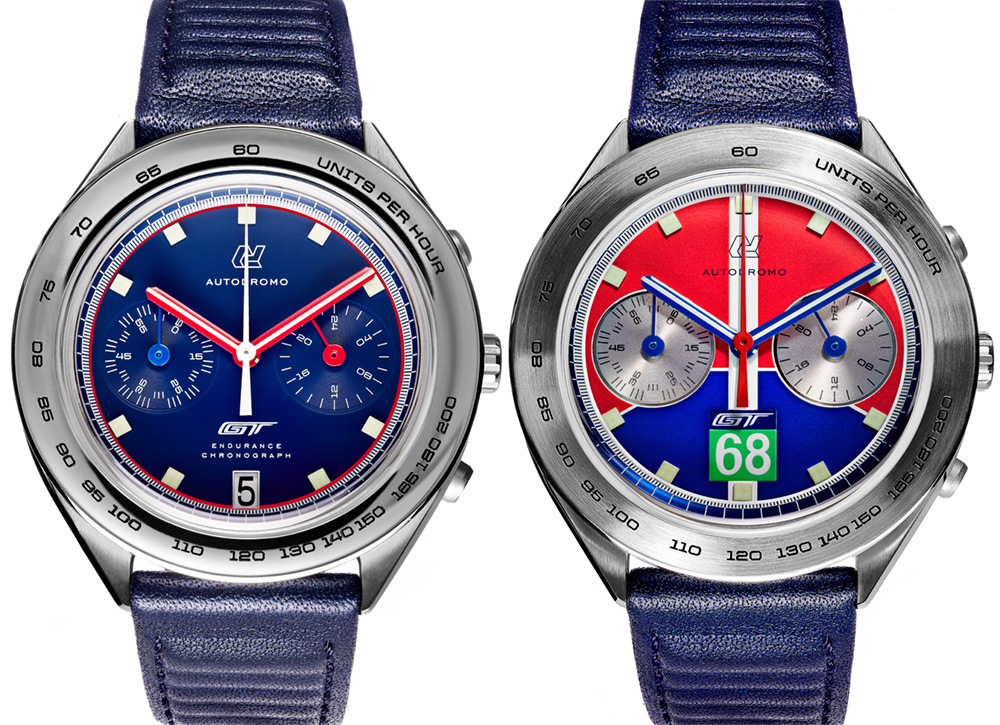 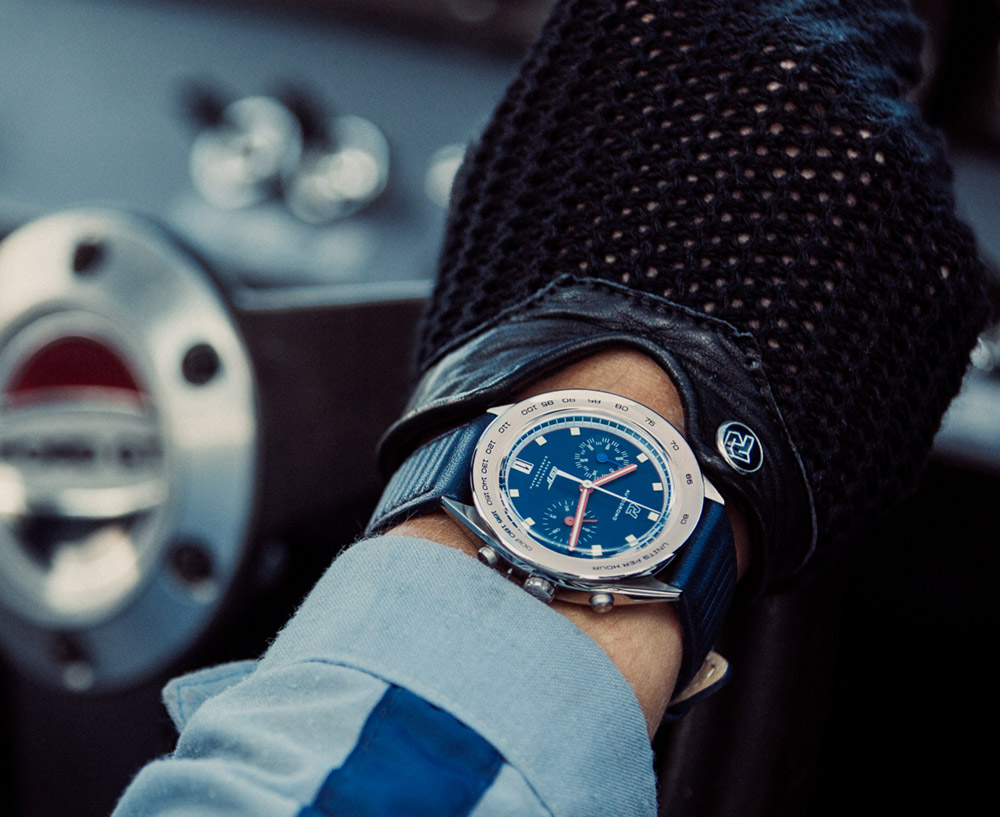 With so many crossover enthusiasts between watches and cars, the carmaker collaboration is a dream for watchmakers of all kinds. As Autodromo is exclusively focused on automotive and racing themes, however, this is one that seems pretty appropriate – which cannot be said for all such co-branding exercises. Further the national relationship is another popular way to tie brands together and help the association feel less forced – for example, there’s the British Bremont x Jaguar (much more on that here) or the Italian Bulgari x Maserati collab (recent example here). Autodromo and Ford, of course, are both American. 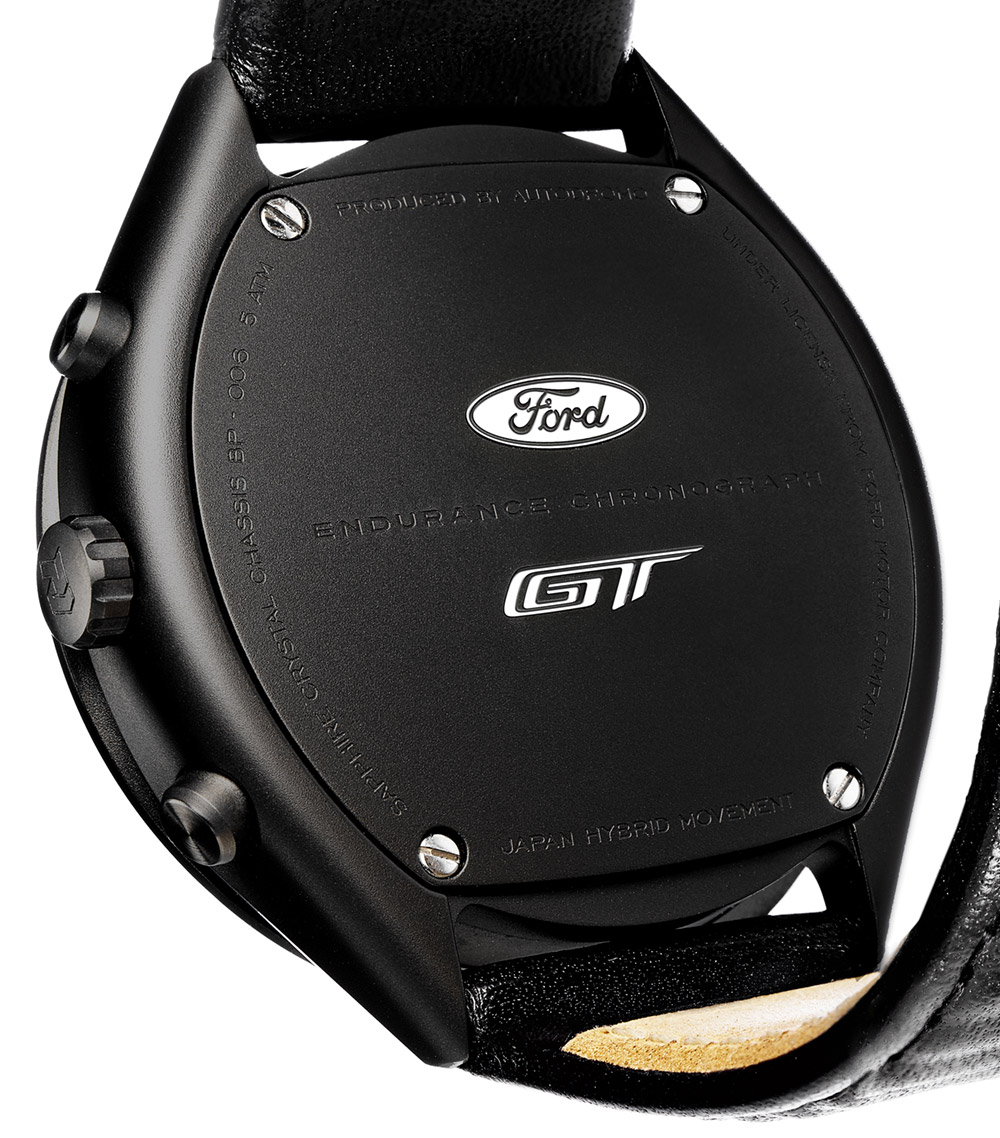 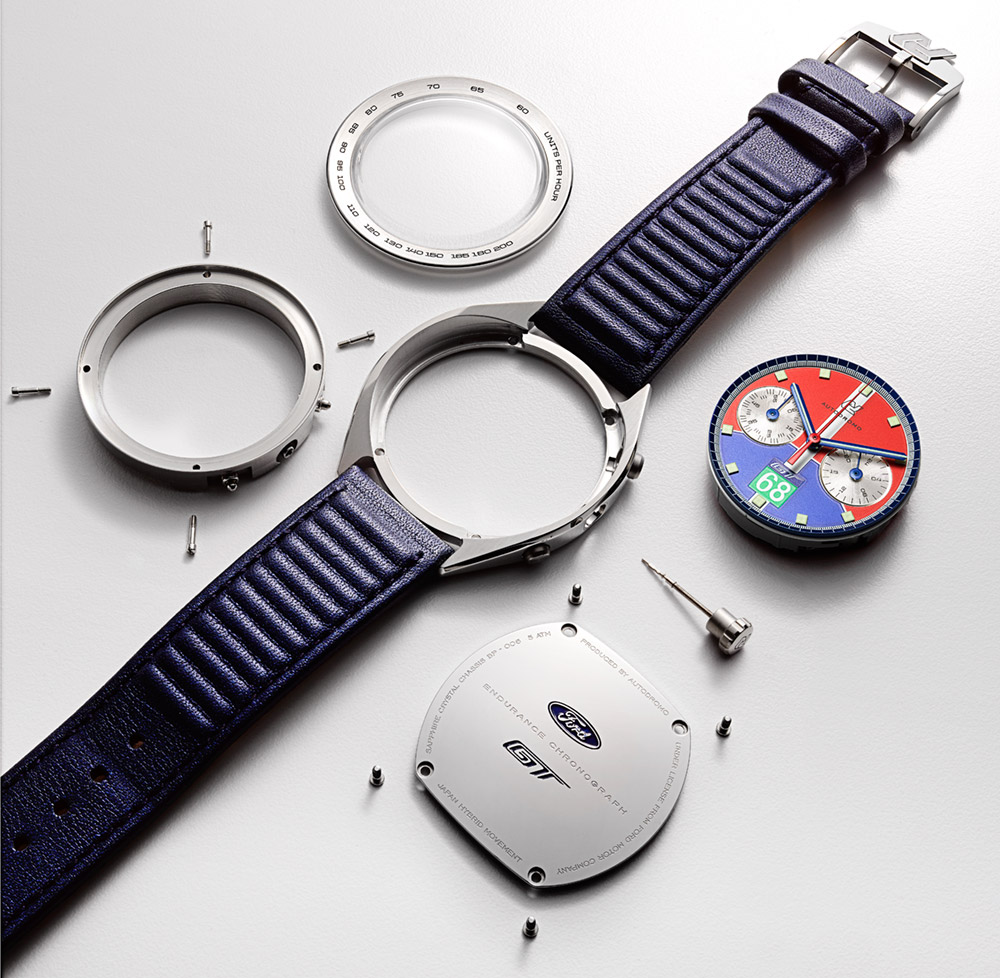 Autodromo describes itself as “inspired by the golden age of motoring,” meaning most of its watches are meant to broadly recall cars and racing from the 1950s, ’60s, and ’70s (Autodromo Stradale and Autodromo Prototipo), and the 1980s (Autodromo Group B). So these are all watches that are decidedly “retro” in their styling and often include things like leather driving gloves in the package. The new Ford GT, on the other hand, is a very modern machine that is Ford’s fastest ever production car. 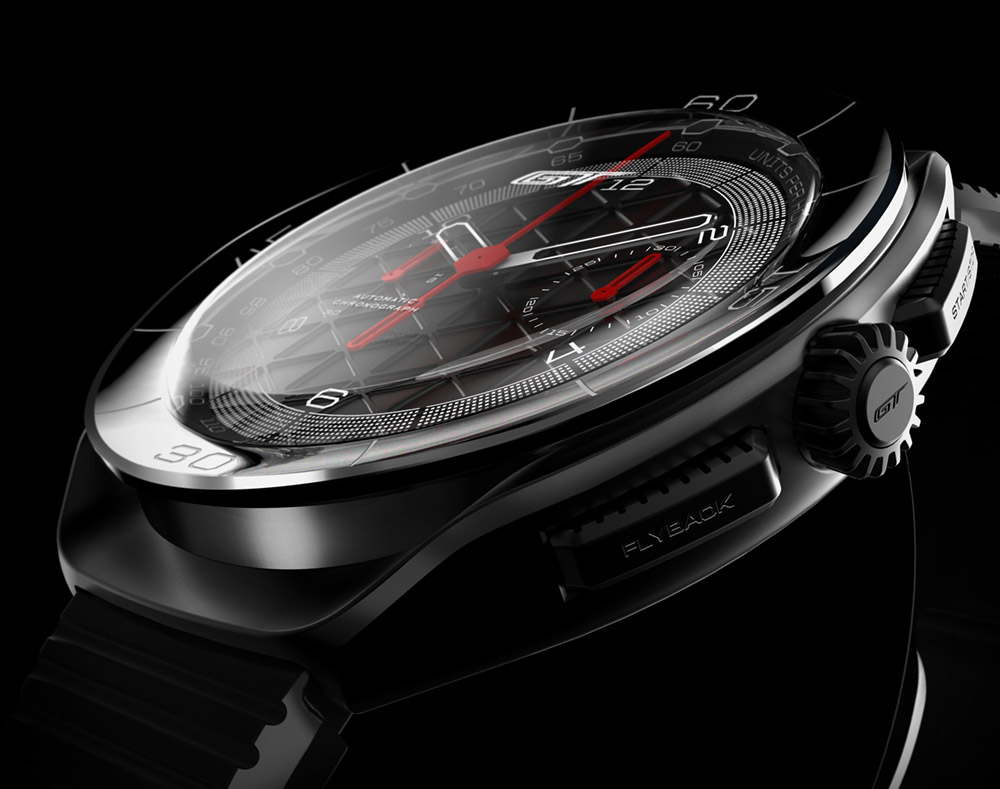 We don’t yet have all the information on the Autodromo Ford GT Owner’s Edition Chronograph, such as its price or who is making the movement for them. Even the design is variable, as the idea is apparently for GT owners to be able to extensively customize both their car and the watch (at least in terms of colors) along with it. The brand has provided the limited renderings you see here as examples, and it is clear that it will be much more modern to go with the car. The case will be 43mm wide in steel and ceramic with a sapphire crystal dial to allow graphic elements to appear to float above a honeycomb-textured dial below. It will come on a rubber strap. 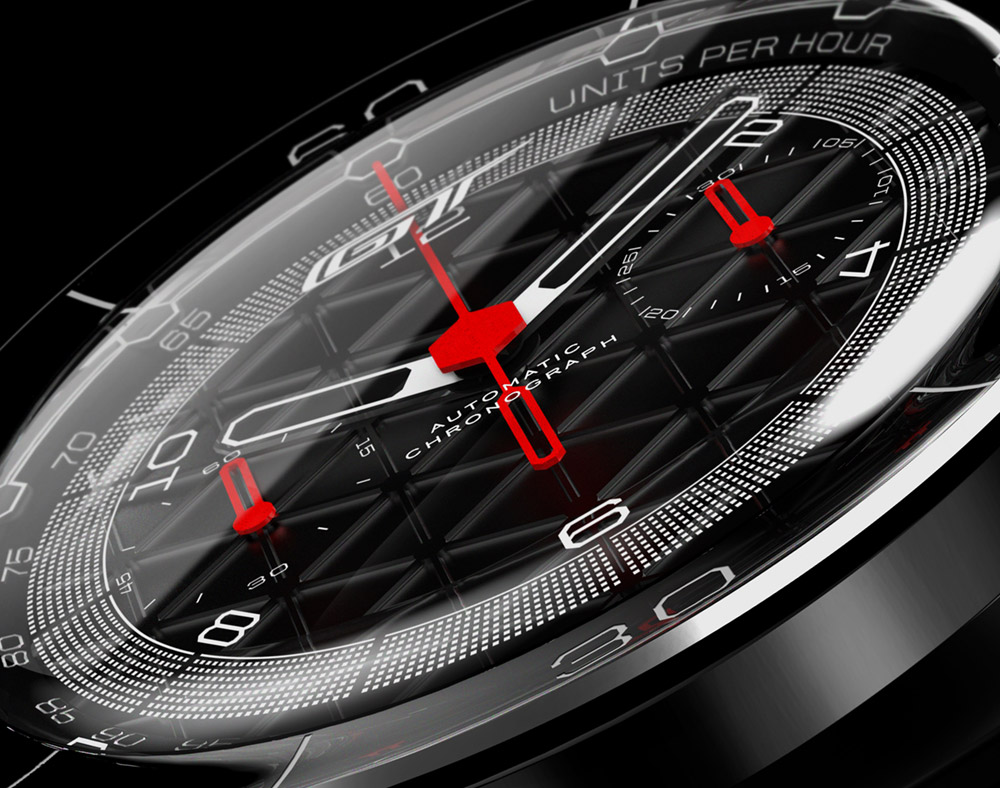 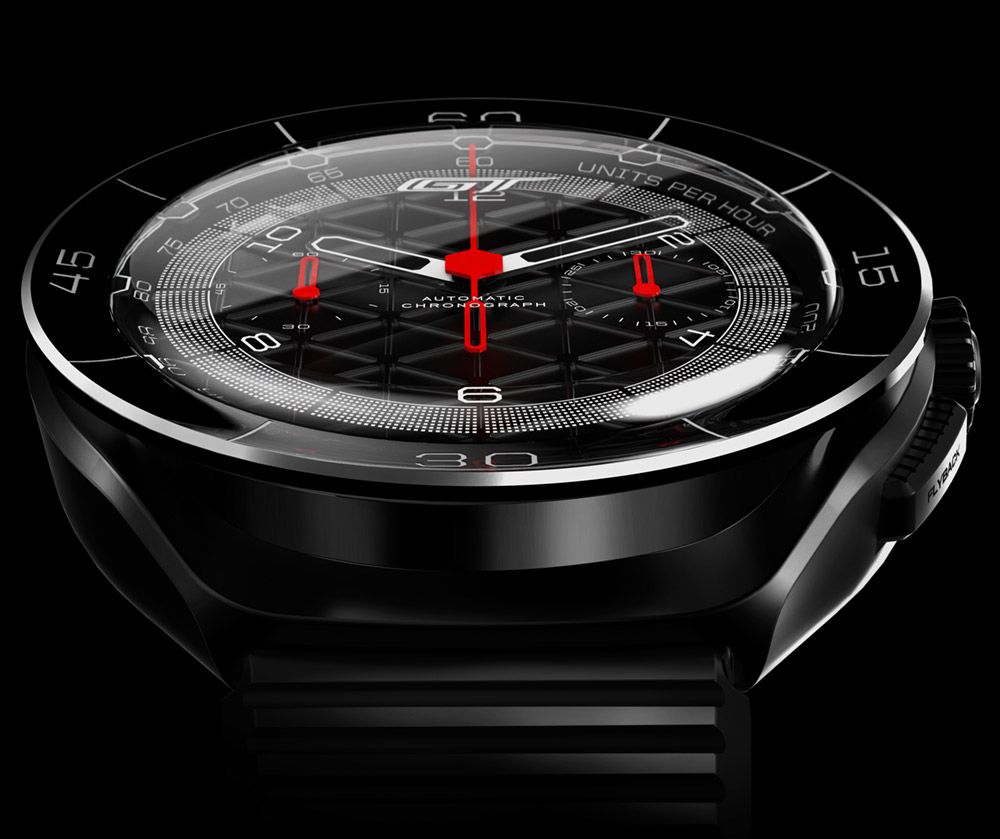 The Autodromo Ford GT Endurance Chronograph, on the other hand, will be more in line with Autodromo’s established style and price range for “all Ford Performance enthusiasts,” as opposed to supercar owners. These are generally 1960s in style with a Seiko VK Series mecha-quartz chronograph movement as Autodromo has used in previous watches such as their Prototipo. The Autodromo Ford GT Endurance Chronograph will have a 40mm steel case and come in five versions that the brand explains in the below image’s caption. 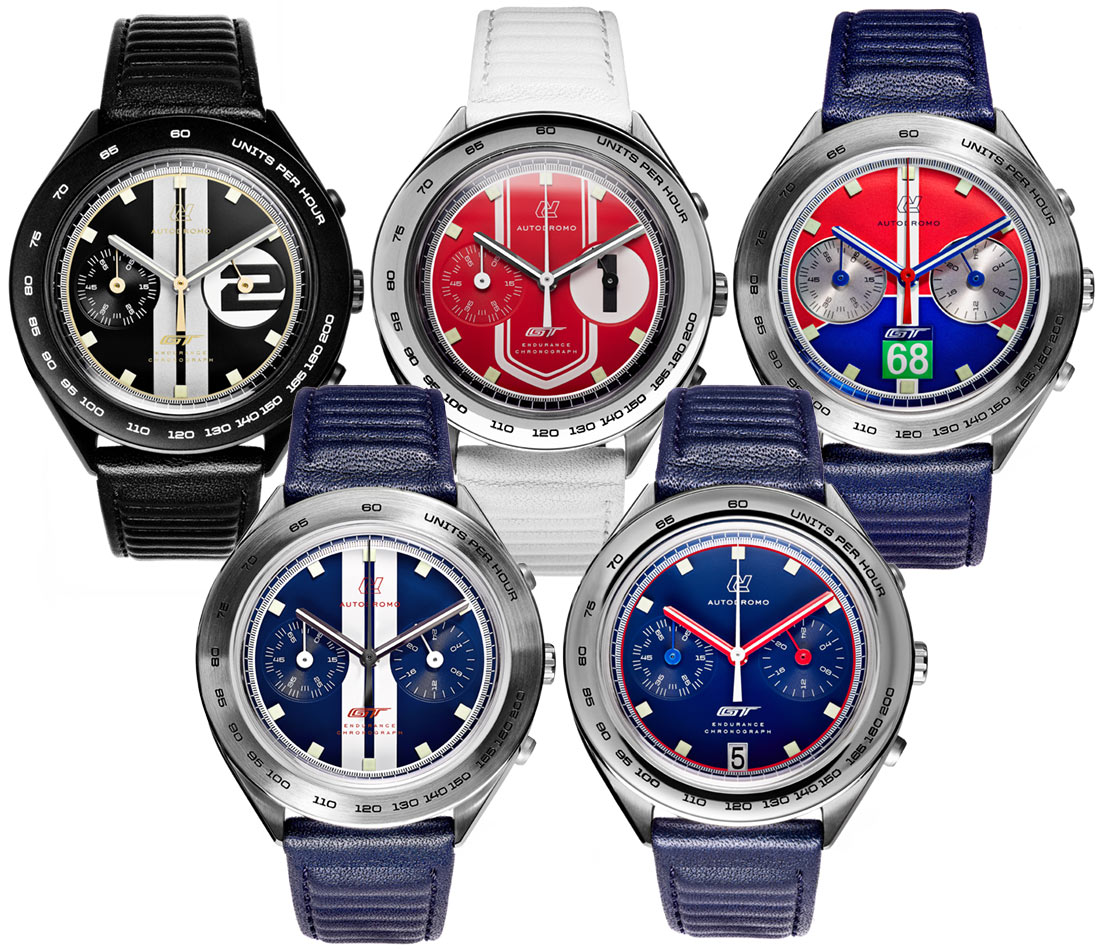 “1) 1966 Heritage paint scheme in Black and Silver inspired by the first Le Mans-winning Ford GT40 and today’s 2016 Heritage GT. 2) The 1967 Heritage paint scheme in Red and White, inspired by the second Le Mans-winning Ford GT40 and the 2017 Heritage GT just launched this summer. 3) A 2016 Le Mans-winning paint scheme in a bold red-white-and blue with the winning car number 68 at the center. 4) A classic blue and white Ford racing stripe color scheme sure to appeal to many Ford racing fans. 5) Le Mans Blue dial with red and white hands, the colors of both the French and American flags, celebrating the Franco-American history of Ford at Le Mans.” 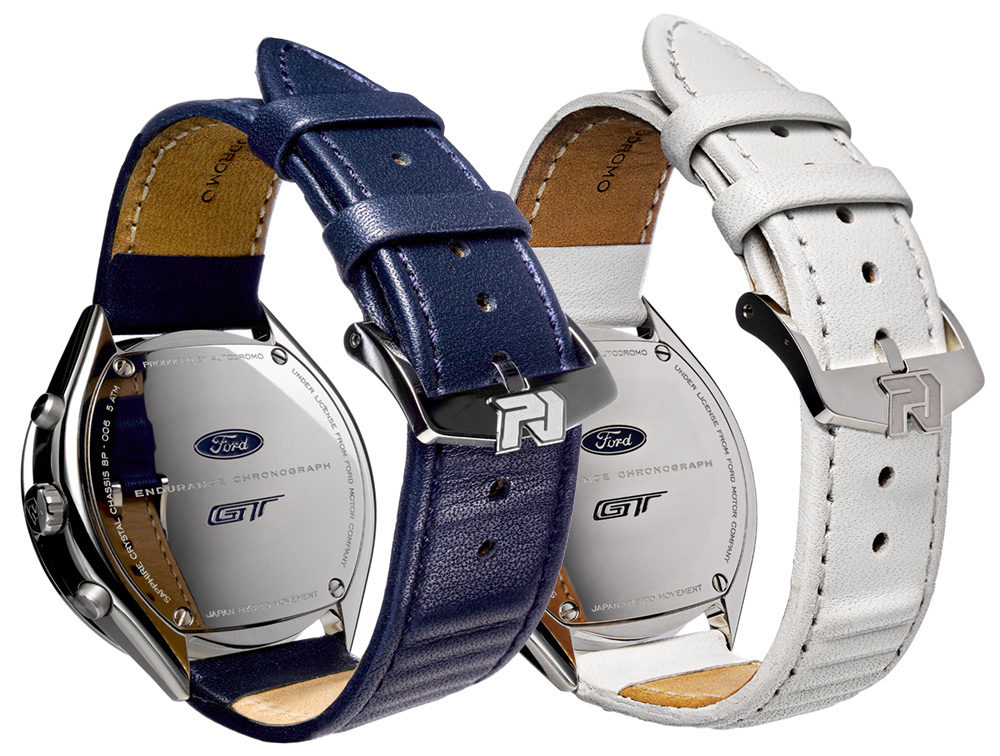 The Ford logo appears only on the back of the watch, while the dial is prominently marked with “GT Endurance Chronograph” or just “GT.” I like the shape of the inward-sloping bezel and raised sapphire crystal as well as the font for the tachymeter – reminds me a bit of something from Porsche Design. The brand’s materials do make a point of emphasizing legibility and practicality for the design, so I’ll give them the benefit of the doubt and wait to see the watches in person before judging, but I generally wouldn’t expect large racing stripes or prominent shapes in different colors to be helpful for reading the time at a glance. 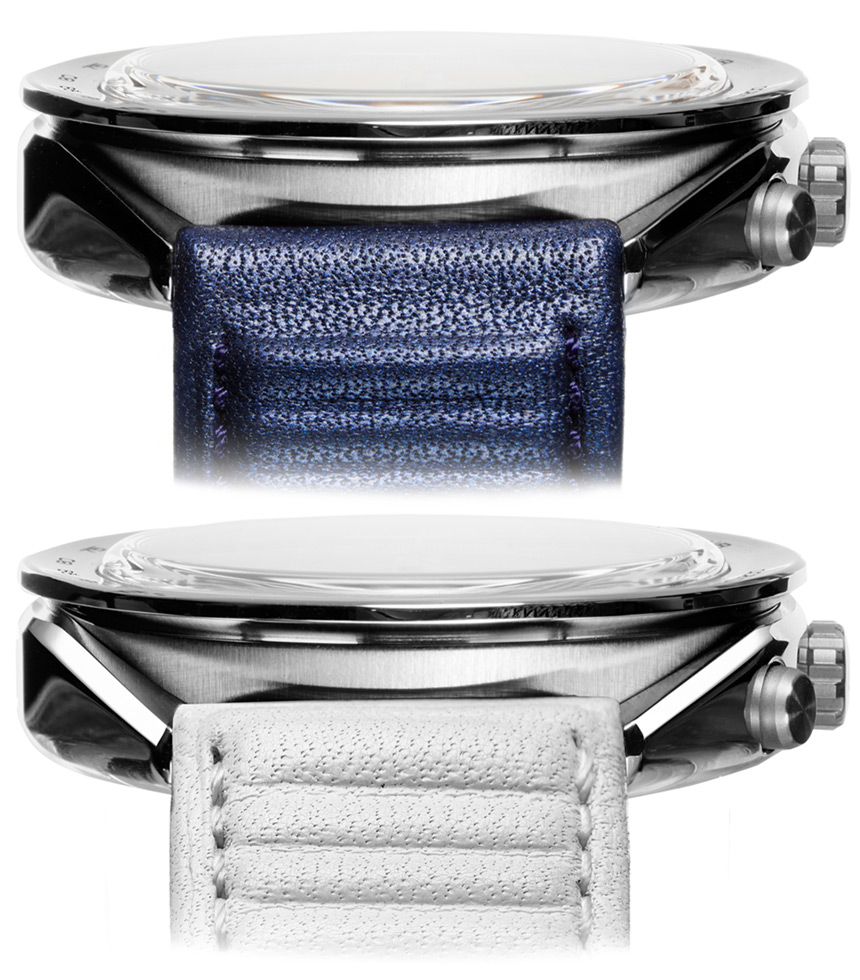 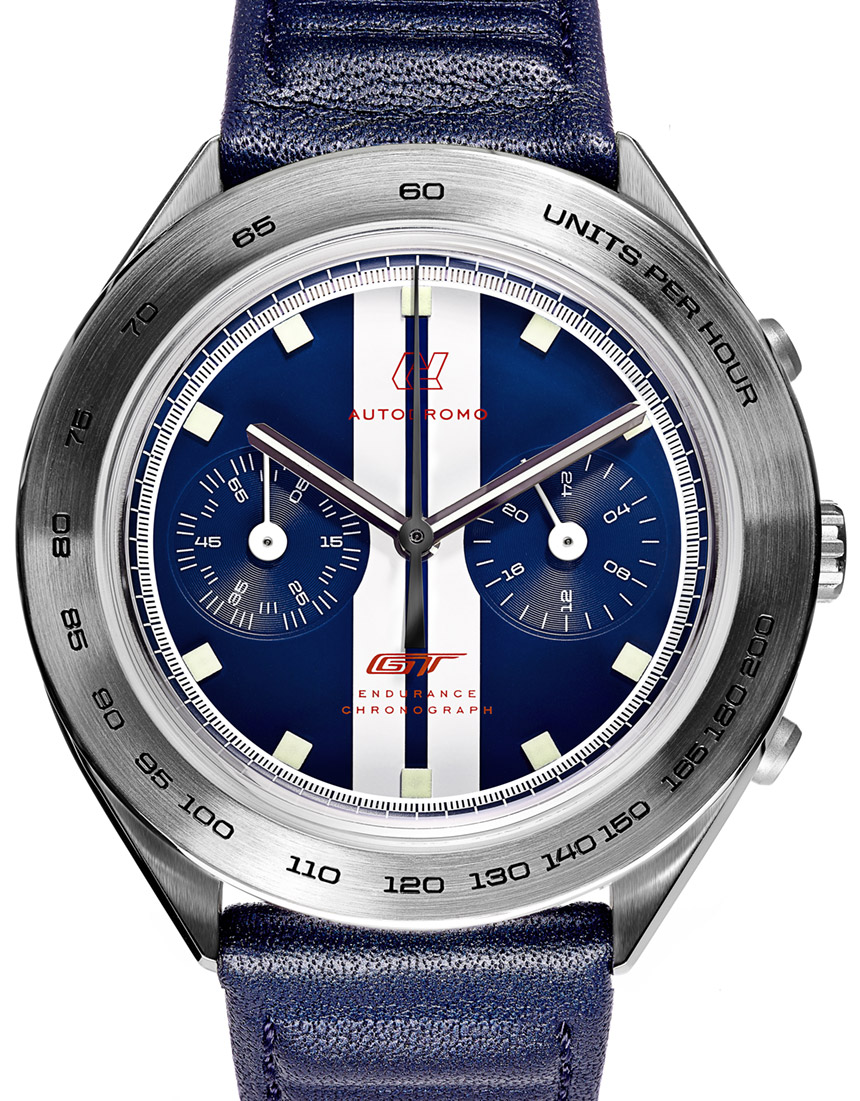 It seems the Autodromo Ford GT Owner’s Edition Chronograph is not holding back on specs for a high-end watch, so we should expect a price to match, though Autodromo is not announcing the price yet and will begin preorders in early 2018. Expect something in line with what owners can afford who bought the supercar that has a base price of ‎$453,750. The Autodromo Ford GT Endurance Chronograph, on the other hand, will have a rather more accessible price of $695 and is available for preorder now. autodromo.com