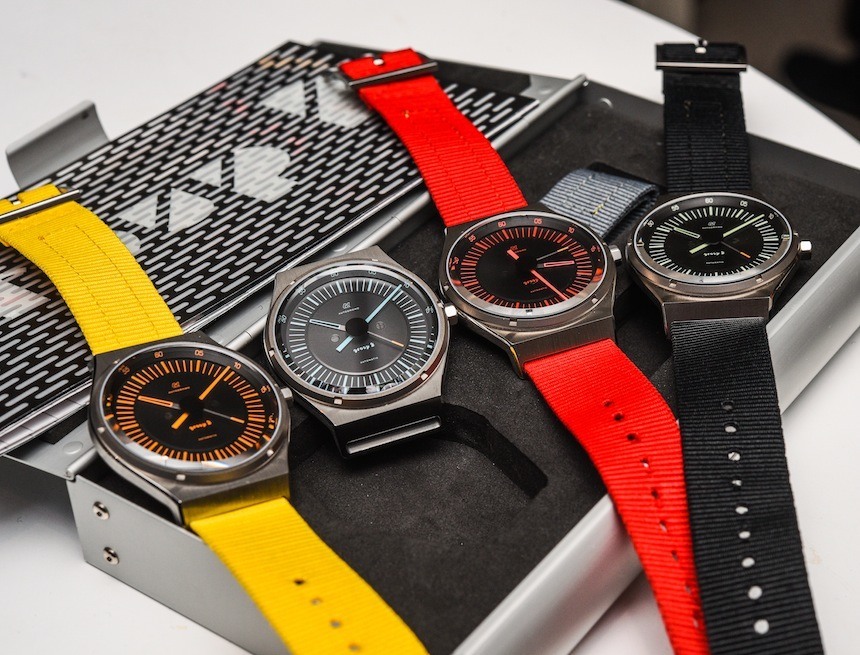 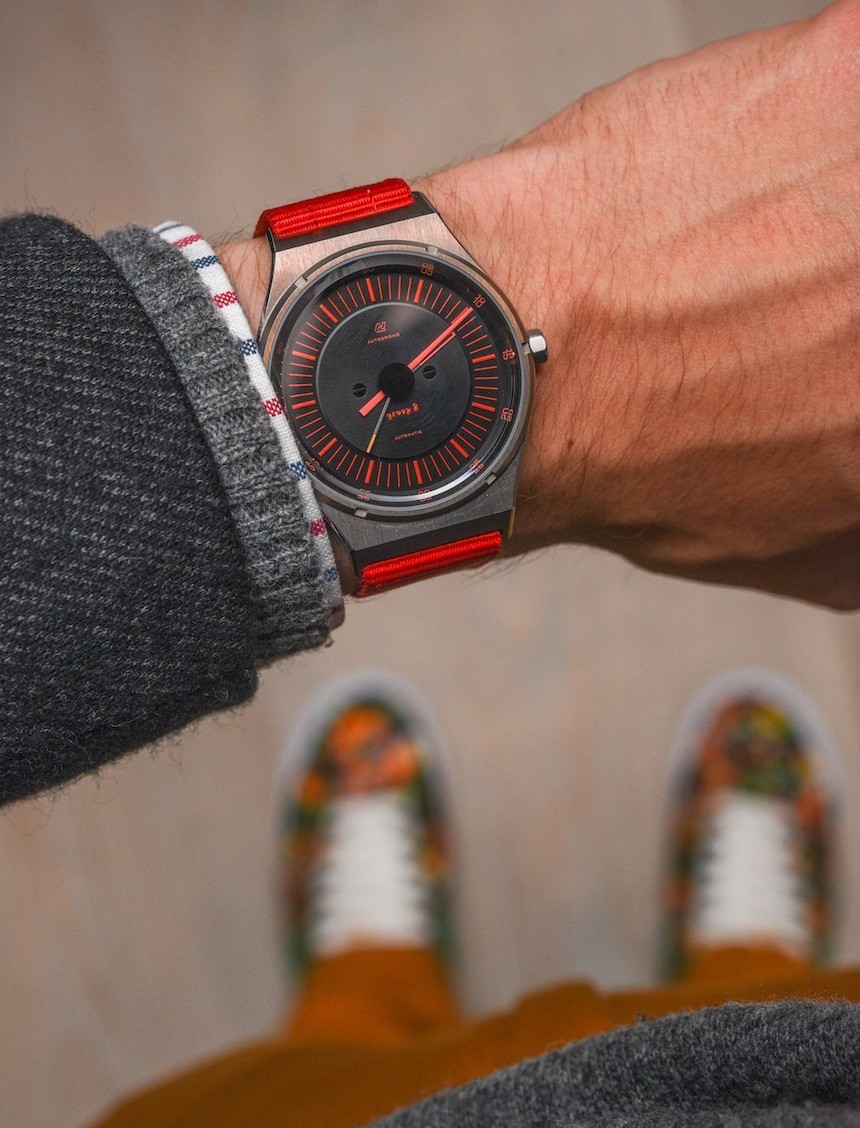 When it comes to modern automotive-themed watches, it’s hard to beat Autodromo in terms of style, value, and eye-catching uses of color. Despite the high bar I would attribute to many of their designs, Autodromo’s latest, a tribute to the wild horsepower-crazed days of Group B rally, is nothing short of stunning. A titanium and steel study in the aesthetics and practices of a brief time when fearless crowds lined European dirt roads for a glimpse of flame-spitting machines from Audi, Ford, Ferrari, and Lancia. Combining the cold precision of the ’80s with bright colors and an eye-catching lug design, the Autodromo Group B is a highlight of this year’s SalonQP – where we have gone hands-on with all four new pieces. 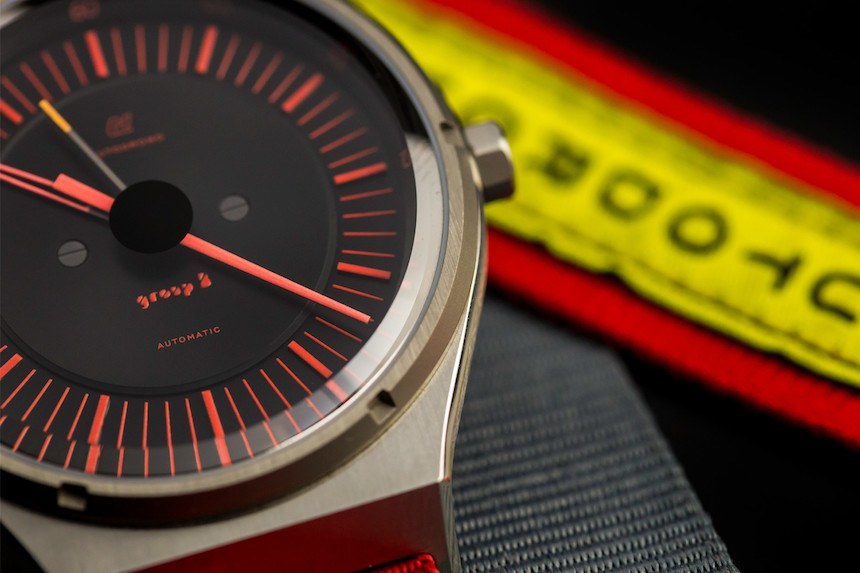 For those who may be unaware, Group B was a regulation class for FIA rally cars. The regulations were much less stringent than Group A and allowed Group B to operate in a nearly unrestricted capacity in terms of technology, advanced materials, lightweight construction and raw power (there was, for example, no limit on the boost for the turbocharged engines used for Group B cars). Homologation was still required, meaning manufacturers that wanted to run a car in Group B were required to produce 200 examples for road-going use. The class, which started in 1982, quickly grew to be hugely expensive, insanely fast, and due to massive popularity, quite dangerous. Following a series of high-profile crashes, some of which included fatalities, Group B was cancelled in 1986. 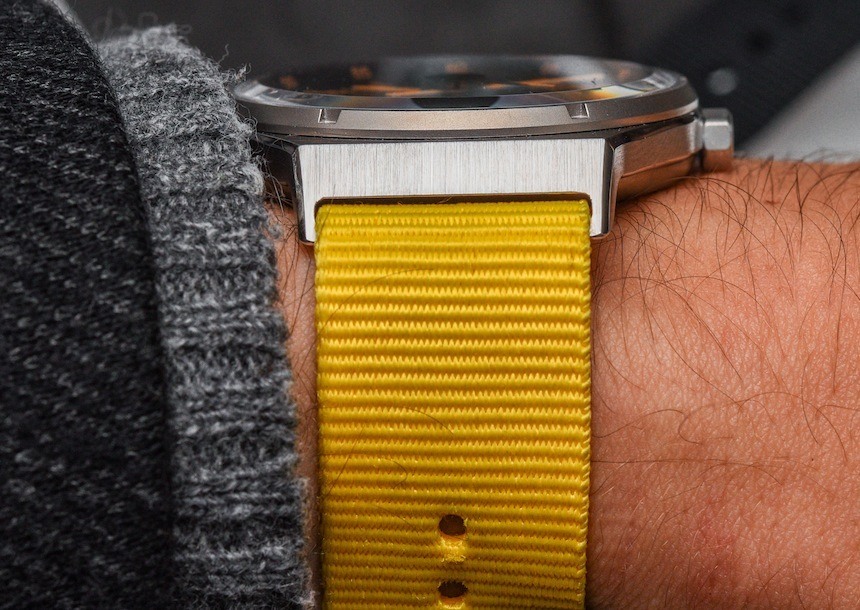 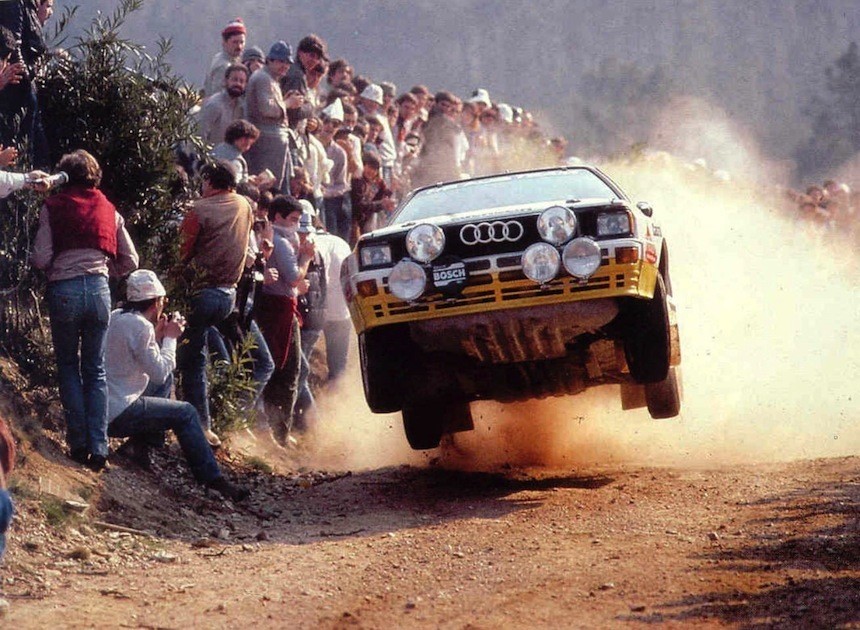 The fire-spitting Audi Quattro S1 airborne, flying inches past spectators in the craziest era of rallying

Today, this golden era of rally lives on in the legacy of cars like the Ford RS200, the Audi Quattro S1, the Lancia Delta S4, and the BMW M1 (amazing, right?). Of additional coolness were the cars that manufacturers were developing as Group B got shut down, cars like the Ferrari 288 GTO and the Porsche 959 (or 961, if you prefer). Manufacturers were scrambling to put their fastest foot forward throughout Group B’s short life and it resulted in some truly amazing cars representing a generational leap in technology that created an enduring legacy in the world of motorsports. 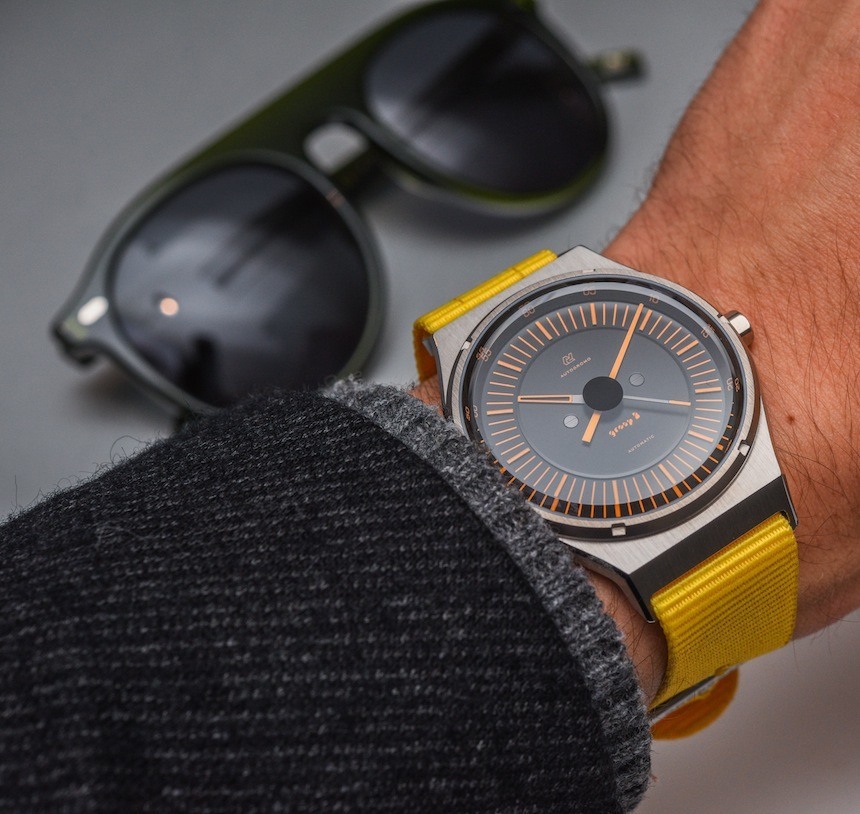 For a glimpse into that world, just watch the above video montage. While it becomes obvious as to why Group B presented a considerable amount of risk, the drama, raw speed, and cutting edge technologies combined with some brain-melting driving, helps to explain why Group B’s legacy lives on today. 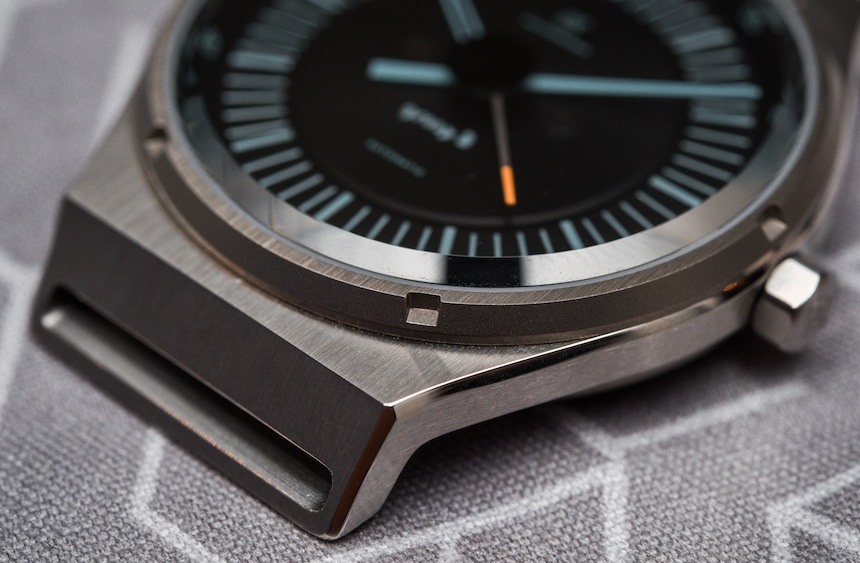 So, how is this vibe carried on by the Autodromo Group B watches – beyond the straightforward reference in the name? Exposed under a rather unique looking, raised sapphire crystal (which has an angled edge running around its periphery), the Autodromo Group B watch dials come in four colorways, including white, red, blue, and (my favorite), yellow. The dial design is clean with a recessed area for the minutes scale, which features applied markers for the main five-minute marks. Finished with the same two screws we’ve seen on some of Autodromo’s past models (such as the Stradale and Veloce), the Autodromo Group B dial is set apart with the use of a mega-cool font for the “group B” text. 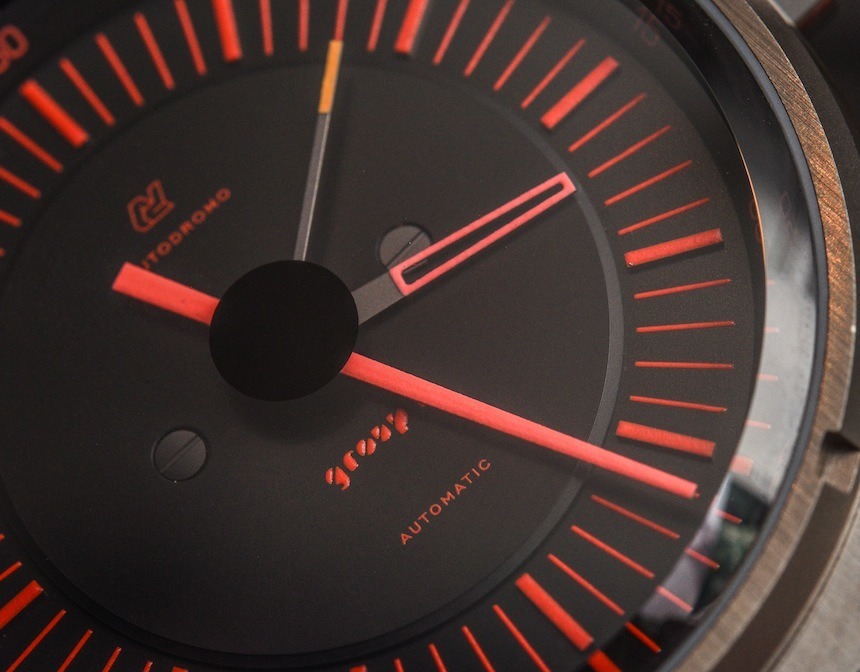 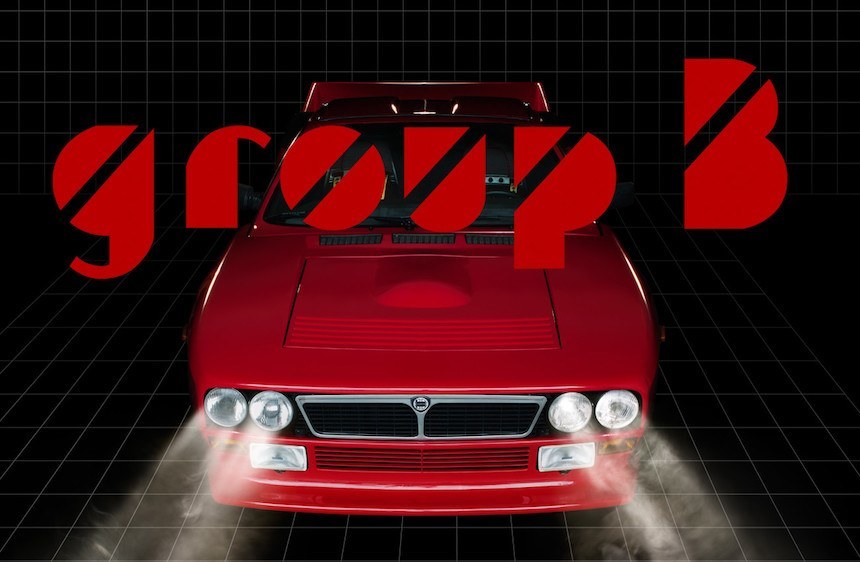 The end result is obviously inspired by the gauges and instrument clusters of some of the cars from this era, replete with a unified but bold use of color. The yellow version specifically reminds me of the gauges from a Lancia Delta Integrale (example below) and, as all of the models have a yellow-tipped seconds hand, the yellow model is the most uniform in its use of color (if that matters to you). 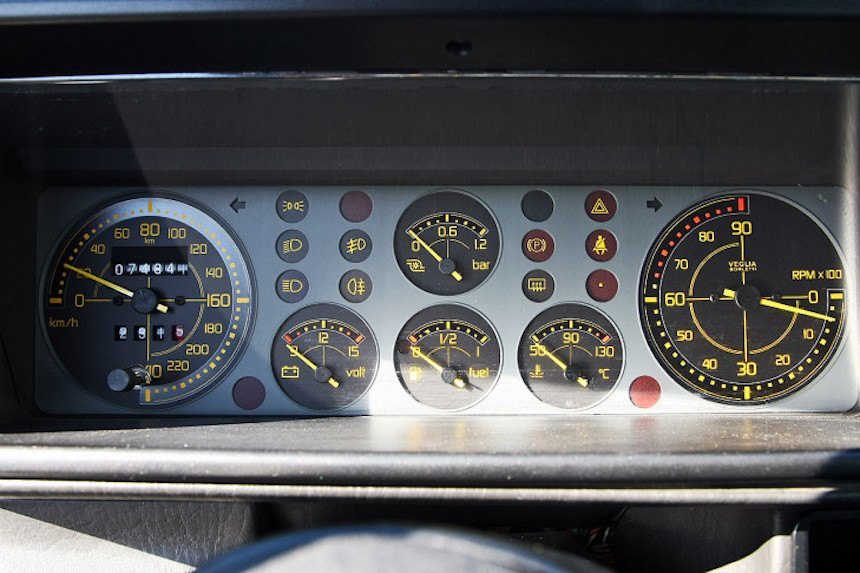 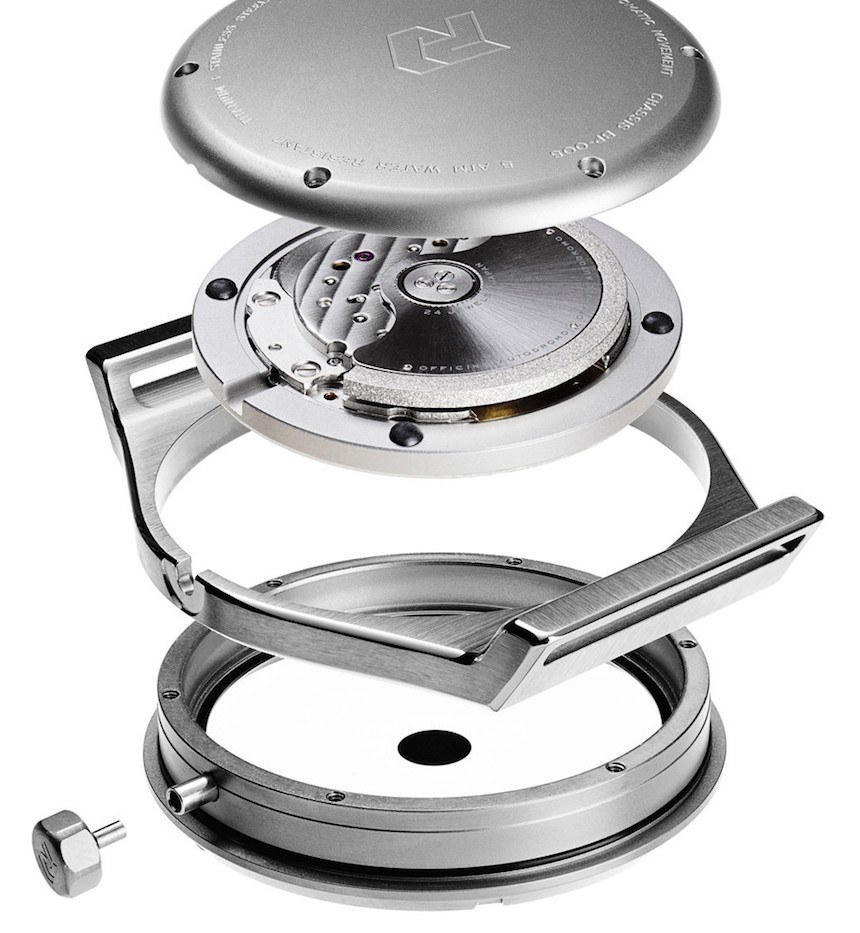 The case, too, is a direct nod to Group B, relying on a titanium inner case that is mounted into a steel outer case featuring fixed lug slots reminiscent of the racing harness mounts and fittings for race cars. Those lugs accept single-piece 20mm nylon straps (sometimes called “zulu” straps) and the Autodromo Group B watch includes two such straps, one in muted grey and another that matches your selected dial color and is very much a nod towards the bright webbing of a race harness (or your dentist’s 911). 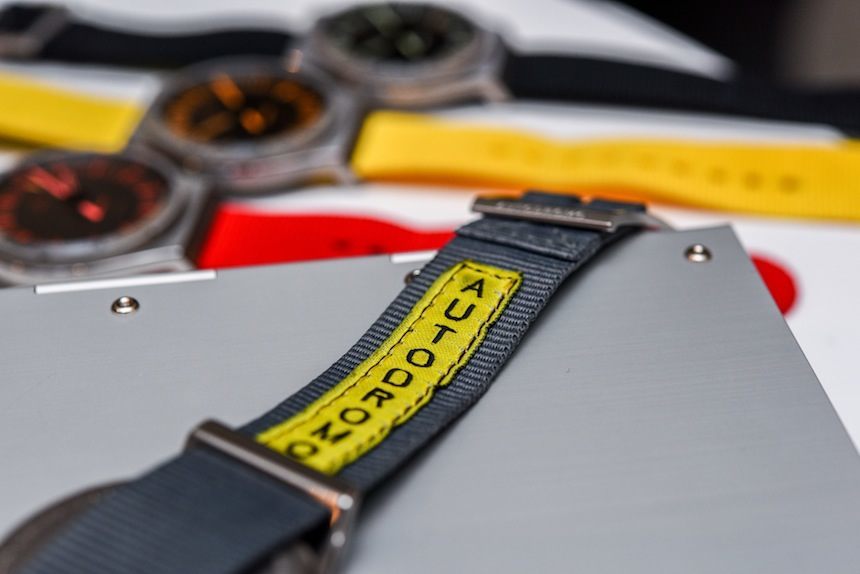 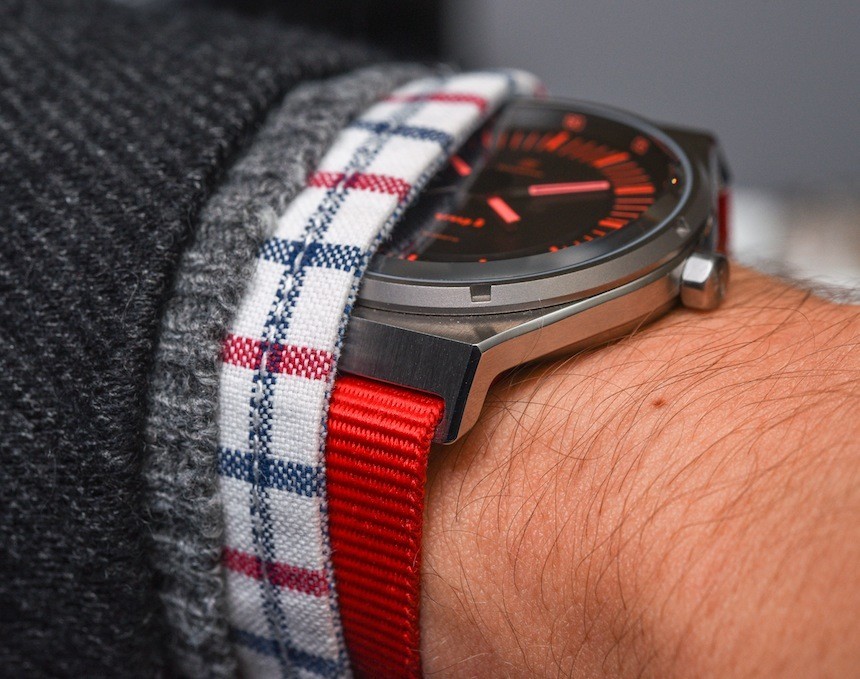 Despite housing a Miyota 9015 automatic movement, the Autodromo Group B weighs only 52g (without a strap) and measures just 9mm thick – so it slides right under a tighter shirt sleeve. The 9015, used here without its date display, offers hacking, hand-winding, a power reserve of about 42 hours, and the expectation of simple and reliable service. Given the sub-$1,000 price point, the Miyota 9015 is a fitting choice. 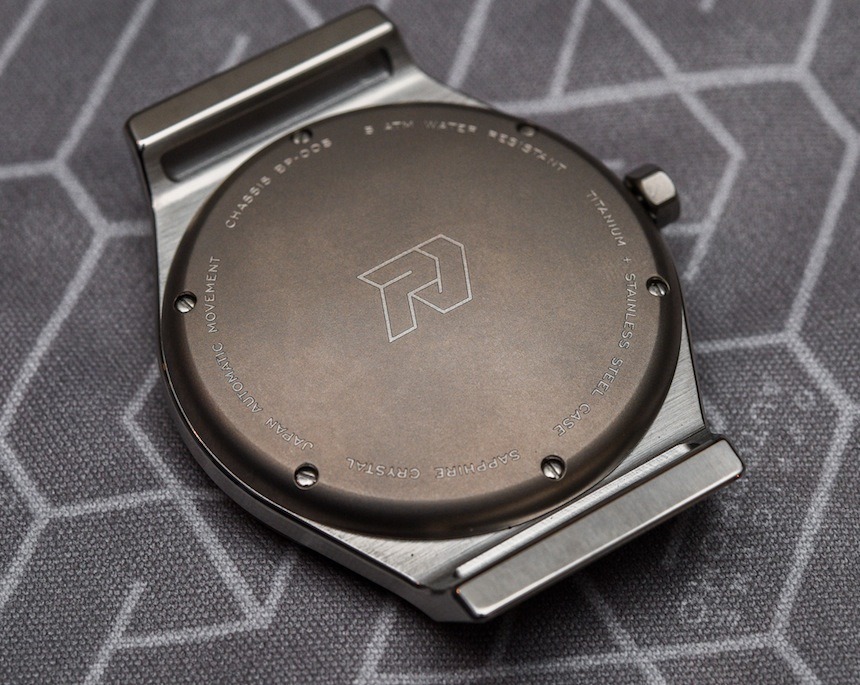 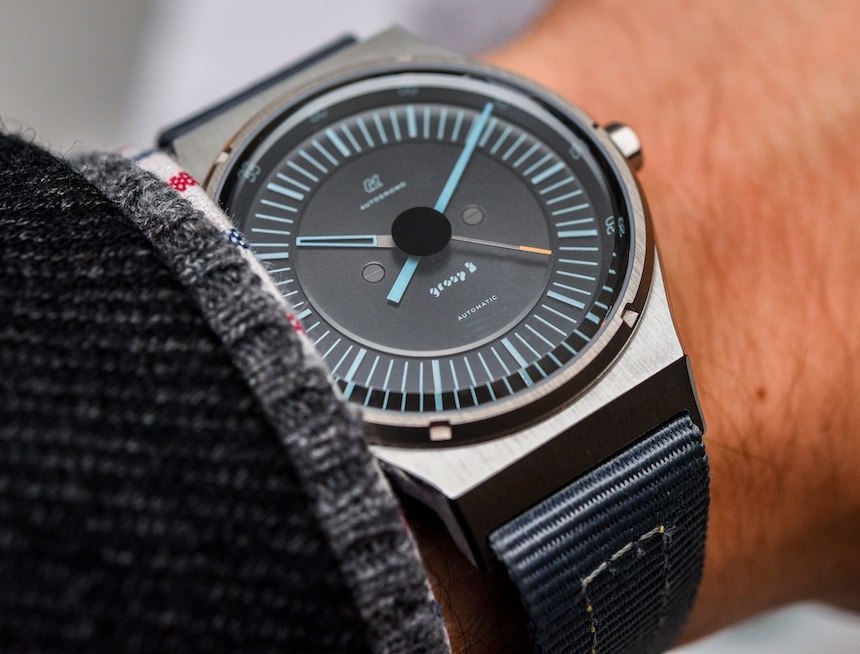 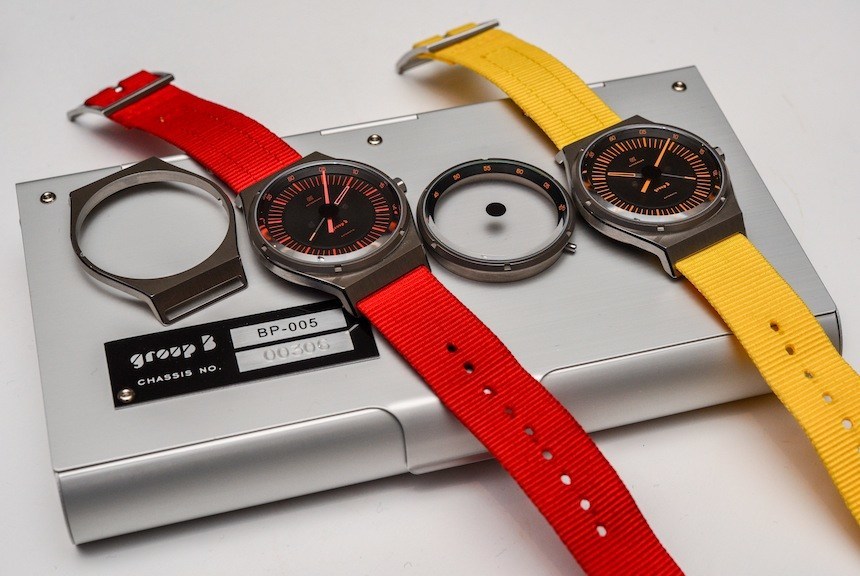 Delivered in a numbered aluminum box along with its two straps, the Autodromo Group B costs $925 USD with pre-ordering now available, and shipping expected by the end of November. There are no two ways about it, I love this design. Many of the more philosophical elements of Group B (and indeed, most motorsports) apply nicely to watch design. Consider lightweight construction, the simplicity of the strap/lug system, the legible dial, and the mix of case metals that ensure general durability. Just as it’s no wonder that many of the most enduring cult cars of the ’80s have their roots in Group B, it’s not surprising that Autodromo has been able to port some of that appeal into a really cool looking new watch. autodromo.com