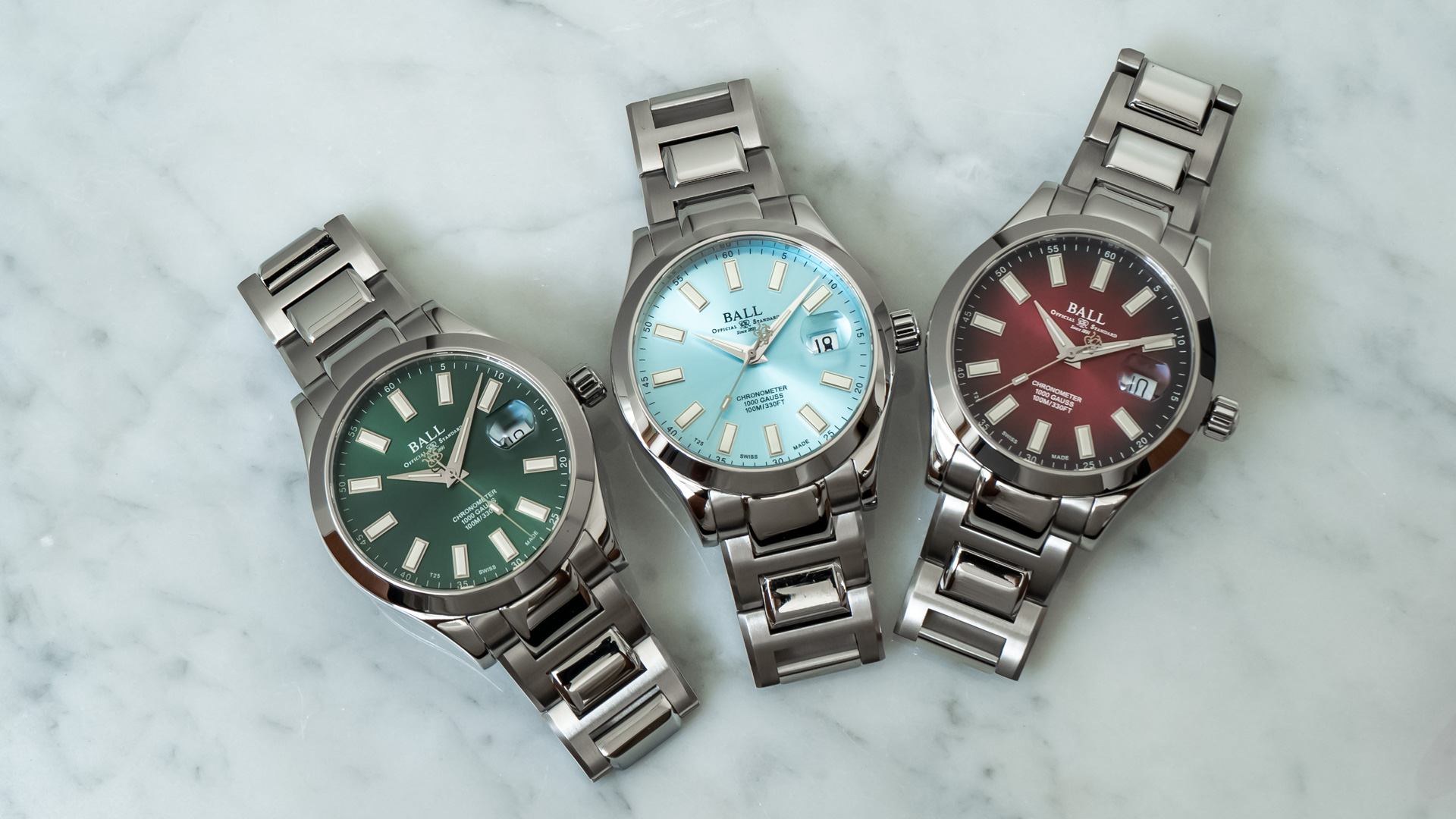 BALL’s Engineer III Marvelight Chronometer Gets A Splash Of Color

The history of the BALL Watch Company can be traced back to the late 19th century when a major train collision in Ohio — caused by the inaccuracy of a train engineer’s timepiece — resulted in the deaths of several people. BALL Watch founder Webster Clay Ball was tasked with creating strict chronometric precision standards for all watches that were used in association with American railroad companies. Since then, BALL Watch has built its name on producing robust mechanical watches with an emphasis on superior shock resistance, anti-magnetism, water resistance, legibility, and accuracy. While BALL now boasts an impressively diverse catalog full of various genres of timepieces, the brand hasn’t forgotten its roots; many BALL watches sport a counterweight inscribed with the letters “RR,” which stand for “railroad.” With ample technical specifications and an aesthetic that straddles the line between classic and modern, the Engineer III Marvelight Chronometer is one of the brand’s most versatile and impressive timepieces. Let’s take a closer look at what has become one of the brand’s flagship models. 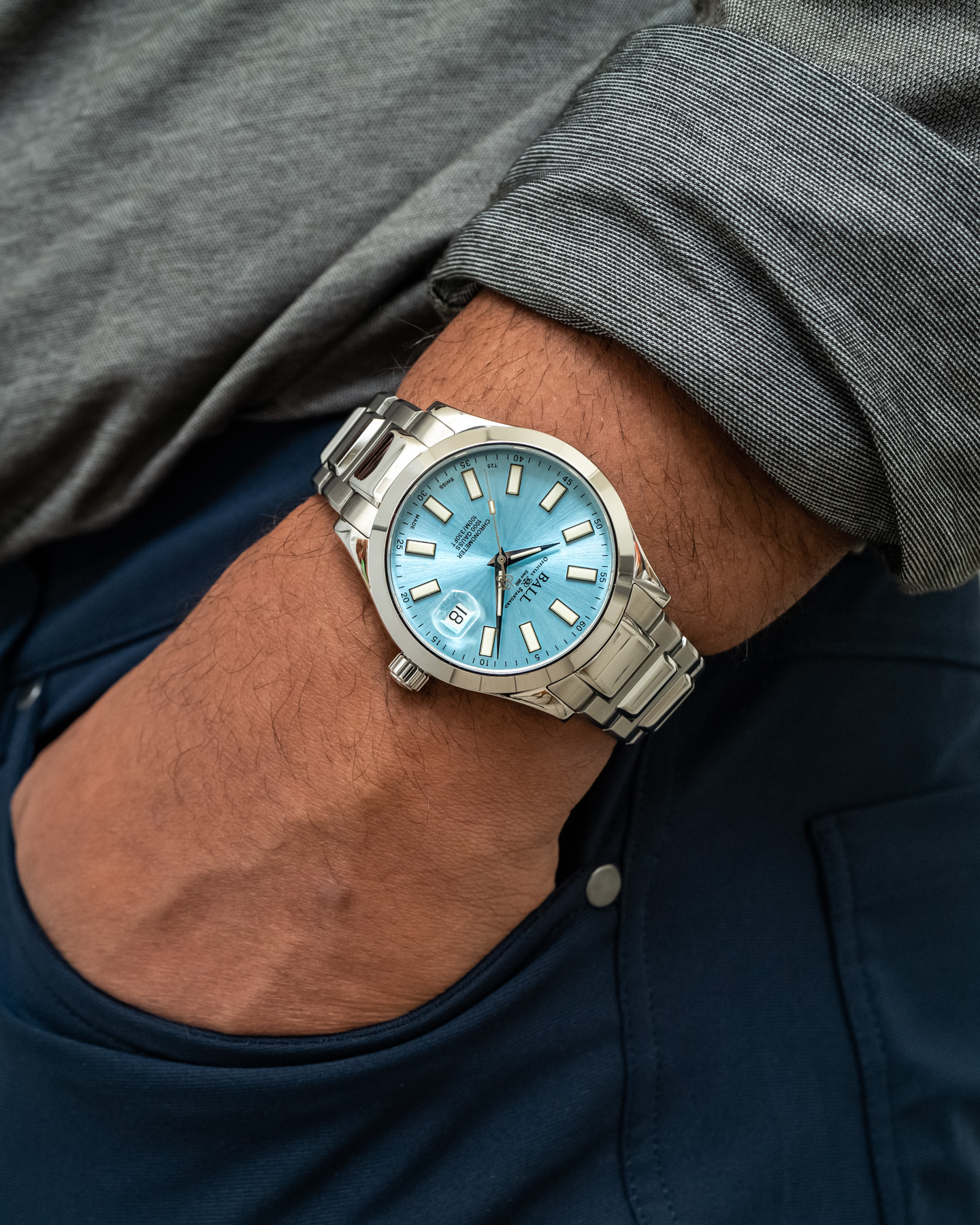 The Engineer III Marvelight Chronometer features a classic silhouette marked by a 40mm stainless steel case with a relatively short lug-to-lug measurement of 46.6 mm and a thickness of 15 mm. The case shape and sloping lugs of the Engineer III Marvelight allow it to hug the wrist and wear quite comfortably. The case is mirror-polished throughout, which makes it jump off the wrist and appear to be a bit dressier than it would be otherwise. Like the case, the bracelet is defined by attractive lines that are both sporty and elegant. The bracelet features vertically brushed “H” links and mirror-polished center links. The two finishes play off each other well, with the mirror polishing matching the case finishing and the vertical brushing providing some nice visual contrast. 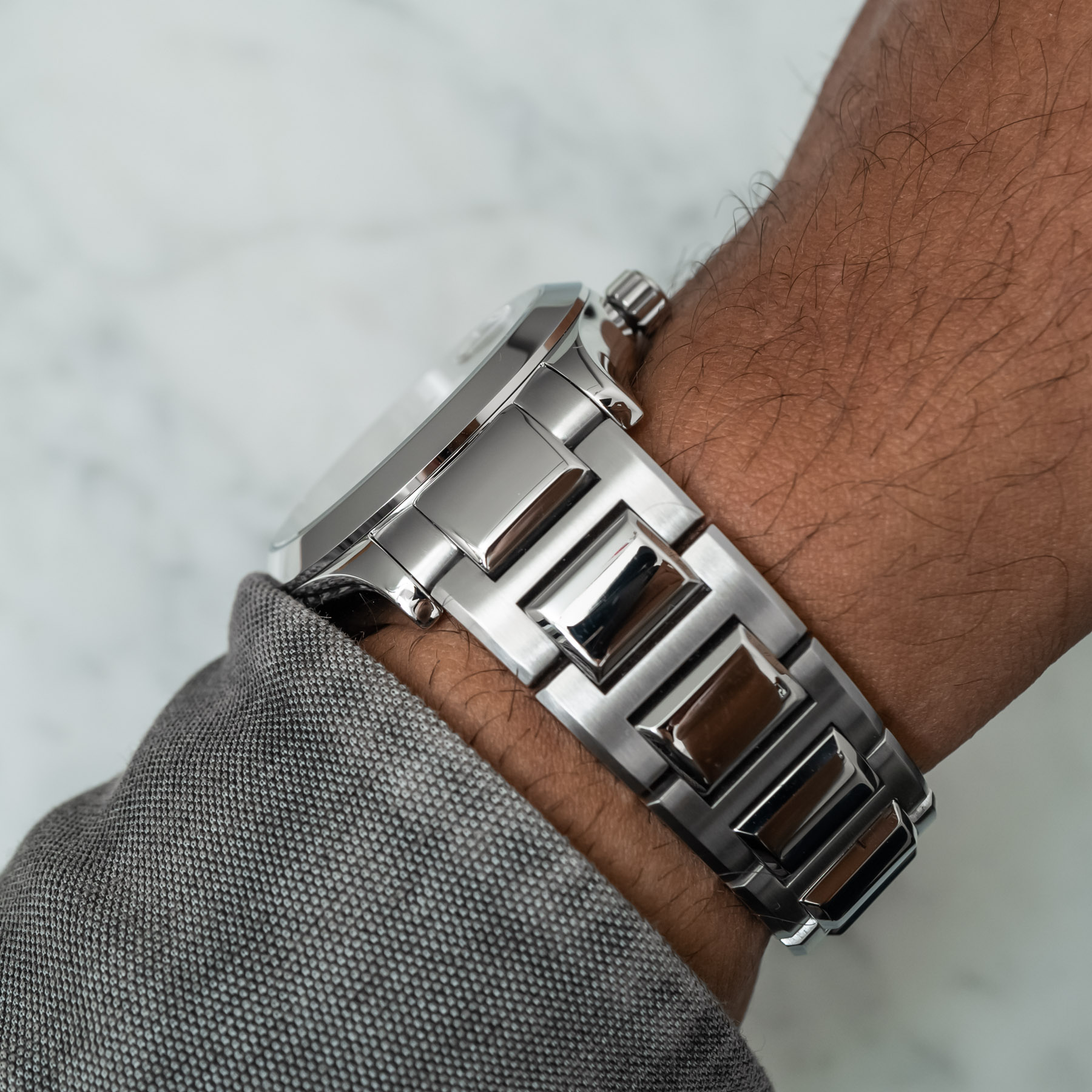 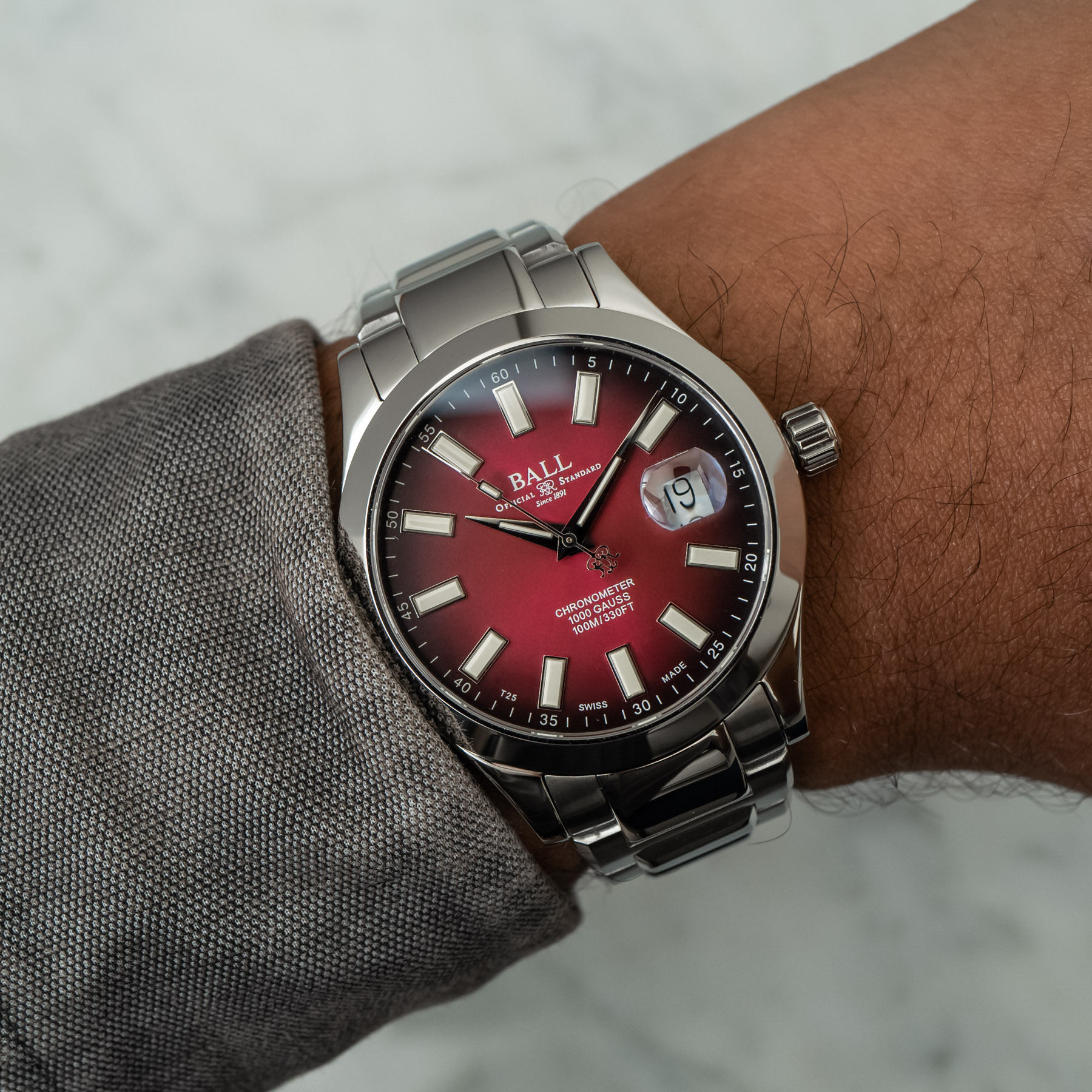 While the Engineer III Marvelight Chronometer has traditionally only been available in gray, navy, and black, BALL has recently unveiled three new dial colors: green, ice blue, and red. Like previous colorways, all three of these new dials sport a handsome sunray finish. Accordingly, each dial will show off a spectrum of colors depending on the light. 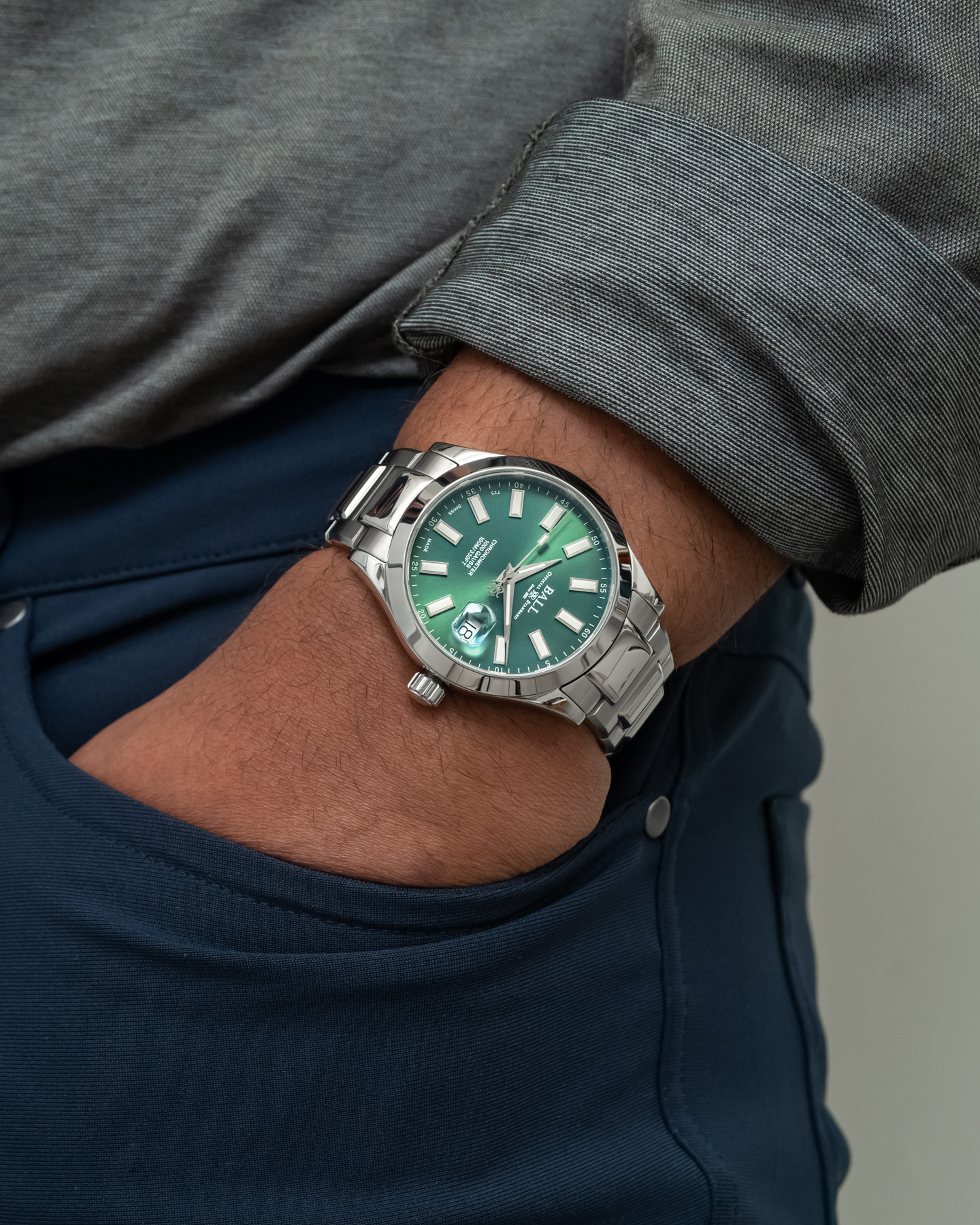 The green, for example, ranges from a deep forest green in low-lit conditions to a bright, almost fluorescent green in the sun. The red colorway is differentiated from the other colors by a gradient finish that’s black at the chapter ring and reveals a bright shade of ruby red as it moves toward the center of the dial. The ice-blue color will no doubt draw comparisons to Tiffany blue — the new “it” color in the watch world. However, thanks to its sunray finishing, it is a bit more dynamic (and arguably, more interesting) than a matte Tiffany dial. 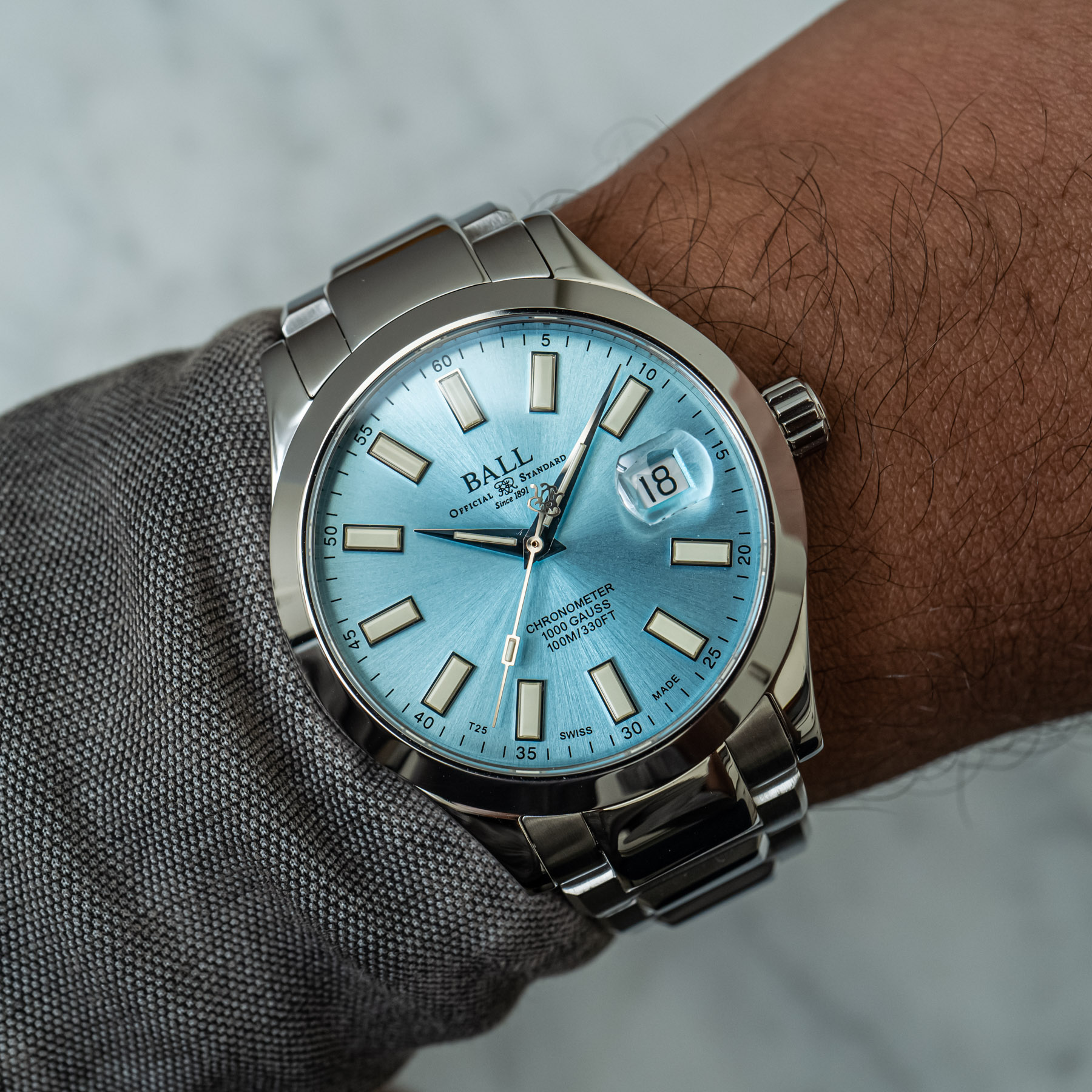 The design of the dial employs a “less is more” approach that allows the sunray dial, magnified date window, and wide, luminous markers to take center stage. Those familiar with the BALL Watch brand will be well-versed in its patented gas tubes, which provide superior brightness and excellent low-light legibility. About 100 times brighter than conventional luminous paints, BALL lume employs state-of-the-art Swiss technology that consists of encapsulating H3 gas in glass microtubes. When H3 molecules strike the internal surface of the tubes, light energy is released. Perhaps most notably, BALL’s patented gas tubes do not require recharging from any outside light or energy source. Featuring 14 micro gas tubes, the indices of the Engineer Marvelight III Chronometer glow a bright green (and yellow at 12 o’clock) in the dark. 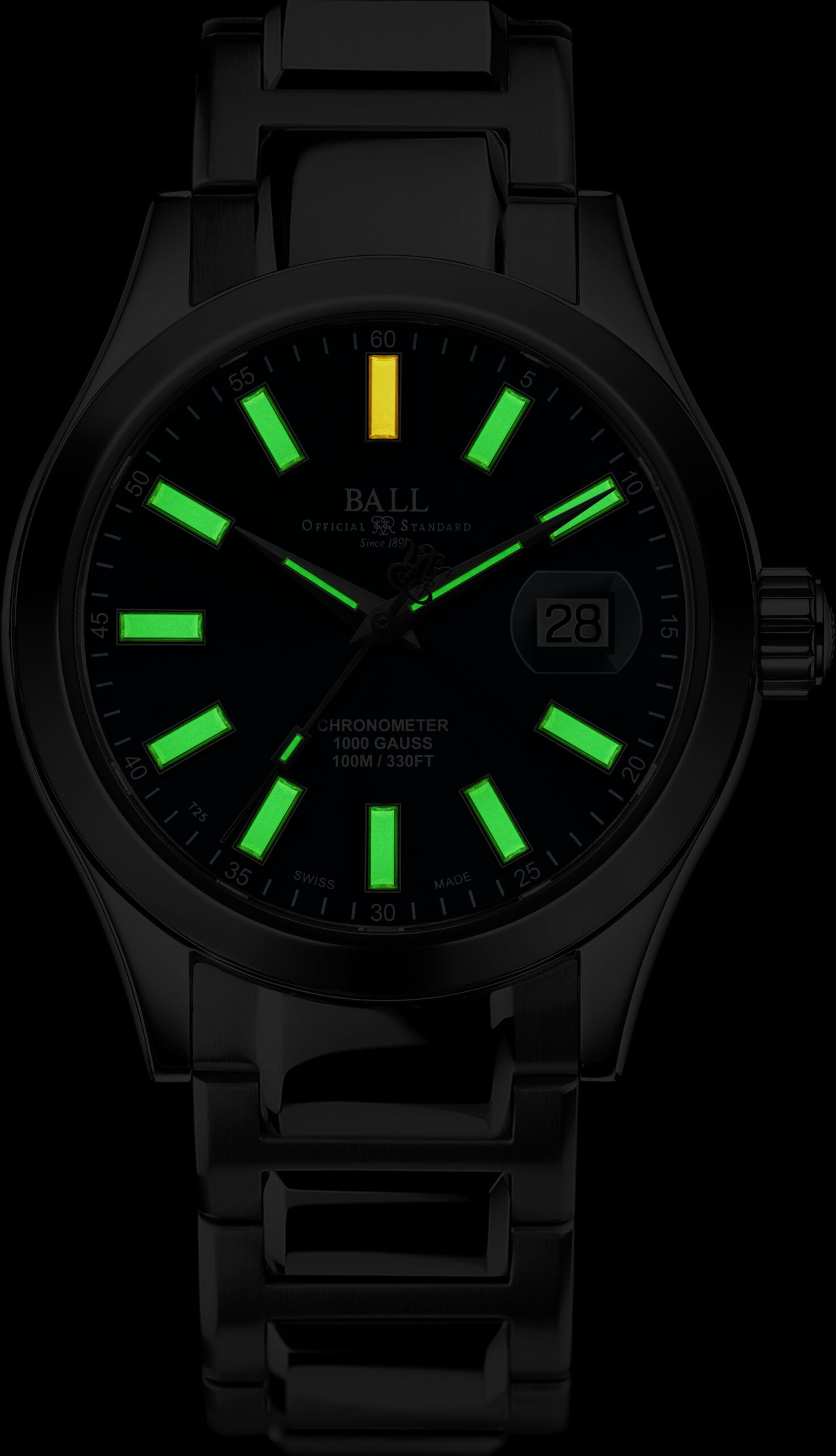 Despite its relatively shiny outward appearance, the Engineer III Marvelight can still be classified as a tool watch. Anti-magnetic up to 80,000A/m and water-resistant to 100 meters, the piece boasts impressive technical specifications. It is powered by BALL’s automatic caliber RR1103-C, a modified version of the ETA 2824, which is known as one of the most reliable, easy-to-service movements on the market today. In addition to being a workhorse, the RR1103-C is accurate to COSC Chronometer standards (an impressive +6/-4 seconds per day). Beating at 28,800 vibrations per hour, the movement has a power reserve of approximately 38 hours. 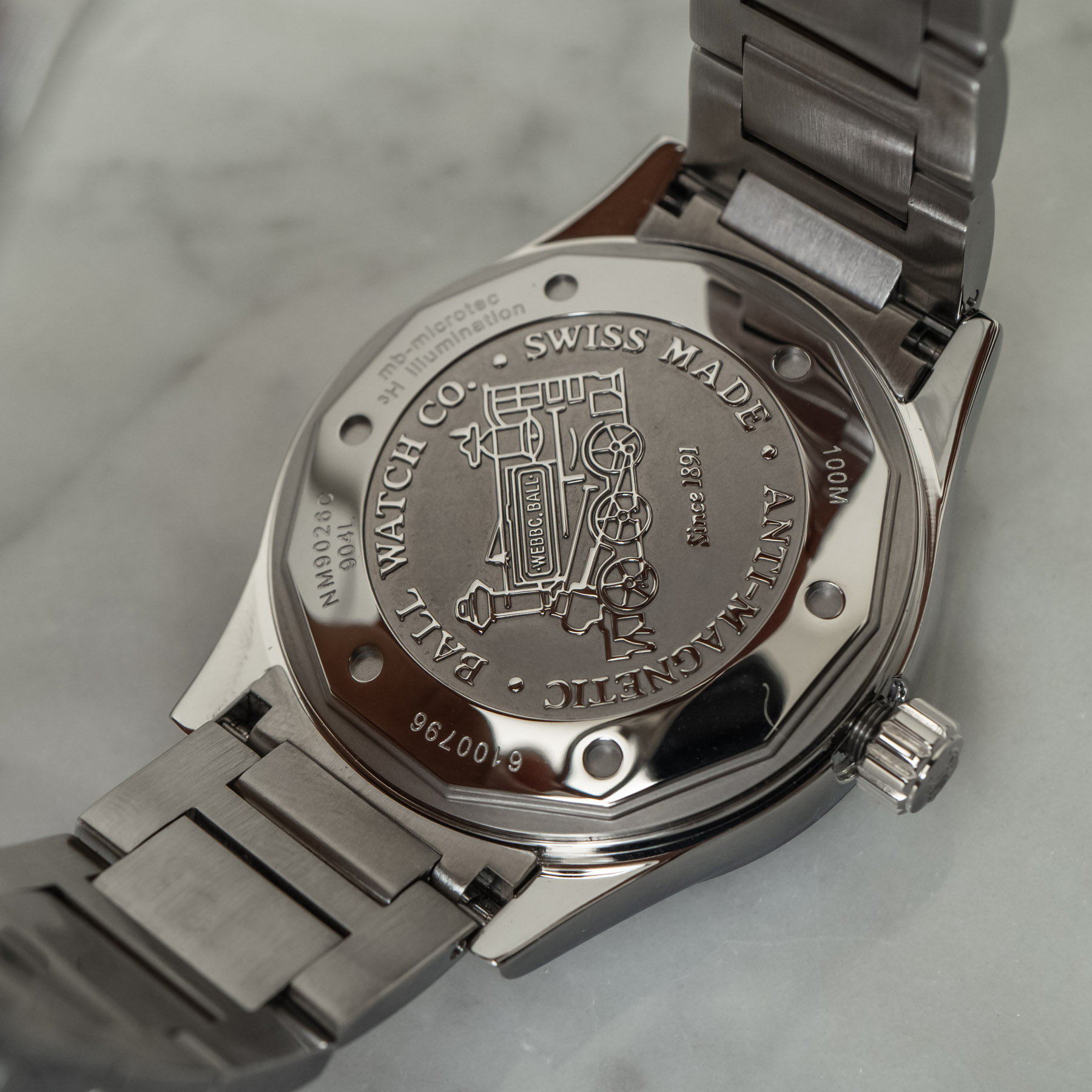 Also, BALL has equipped the Engineer III Marvelight with a “mu-metal” anti-magnetic shield, allowing the watch to withstand magnetic fields of up to 1,000 Gauss. Mu-metal—an alloy comprised of nickel, iron, copper, and molybdenum—has an extremely high magnetic permeability which enables the timepiece to attract and deviate static or low-frequency magnetic field lines. 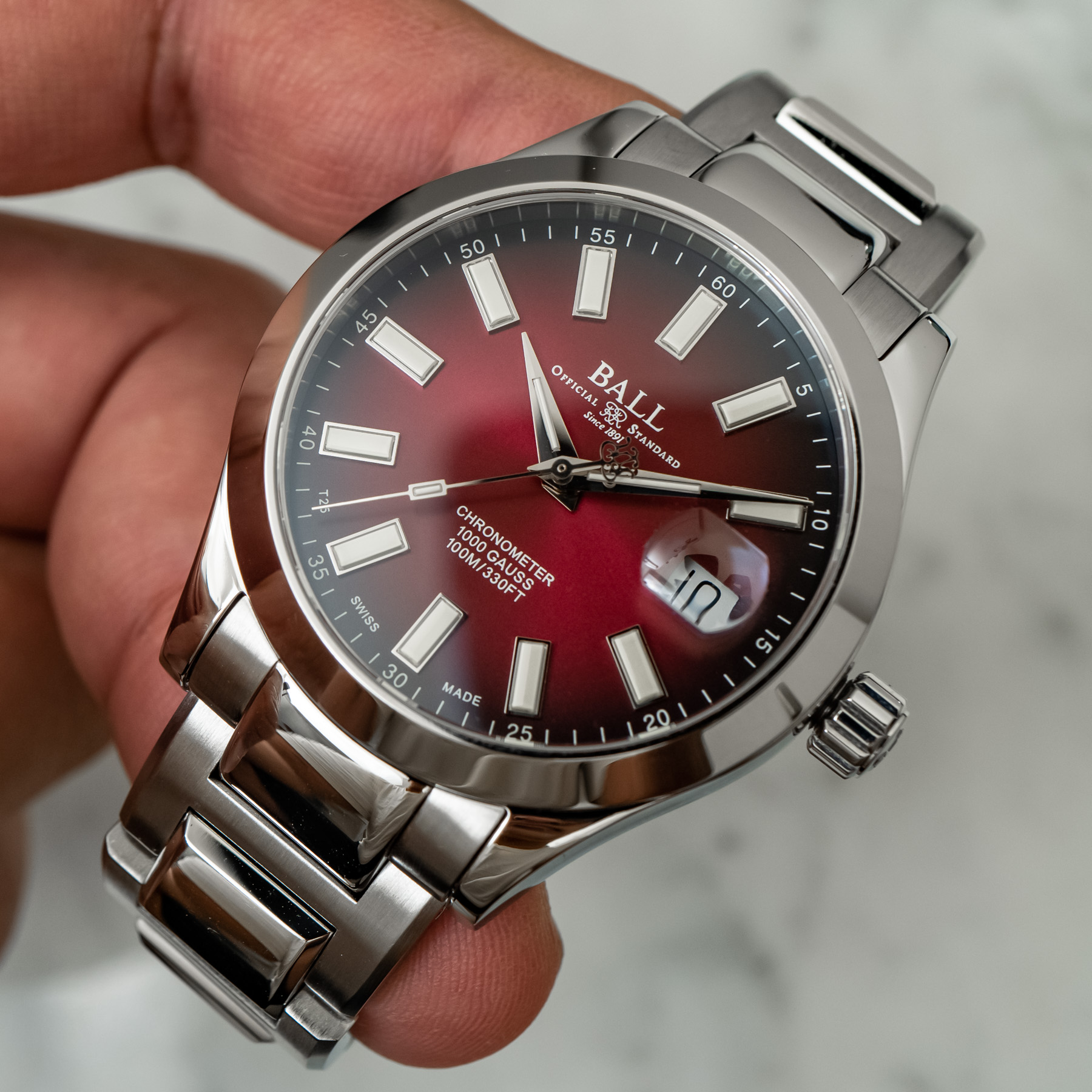 Simply put, the Engineer III Marvelight Chronometer is a watch fit for any occasion and a great overall representation of the BALL Watch brand. Priced at $2,349 USD, it is versatile, capable, and now available in a variety of interesting colorways. Learn more at BALL’s website.