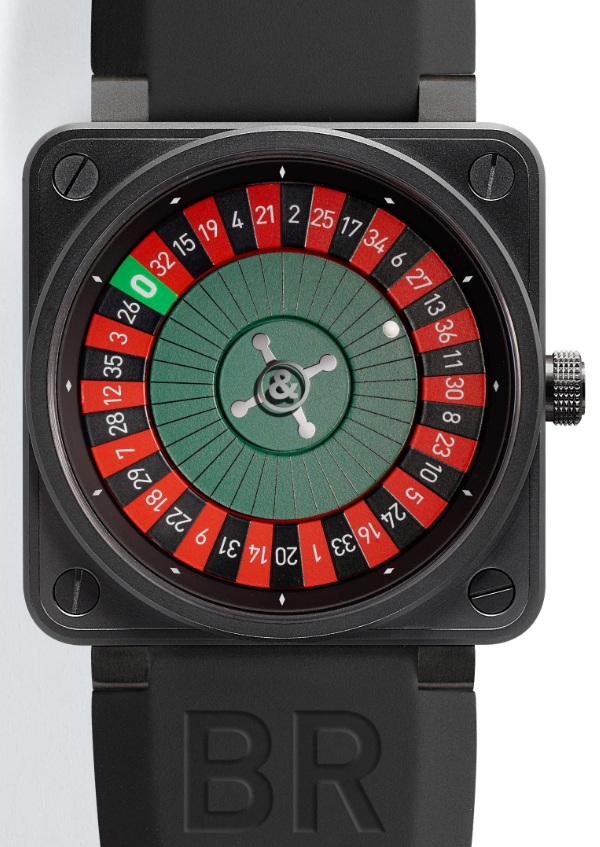 I am not a gambler but gaming can be fun. So fun that a lot of high-end watch brands have devised casino-themed timepieces that either suggest or directly emulate gaming. A popular example was the Girard-Perregaux Jackpot Tourbillon of several years ago. It had a tourbillon, actual slot machine, and cost over $600,000. More recently, Christophe Claret offered his extremely complicated 21 Blackjack watch with a roulette, dice, and blackjack game all in one timepiece. There have been watches that focus on everything from poker to simply being in a casino. This Bell & Ross BR01-92  Casino is all about roulette.

The world first saw this timepiece back in 2011 when Bell & Ross created a piece unique Casino watch for the Only Watch auction. That version was in mostly gold, but a consumer version was released with the more standard red, green, and black colors of a traditional roulette wheel. Unlike some other pieces that whimsically allow you to play a game with your watch, the Bell & Ross BR01 Casino is about using a roulette wheel to tell the time. 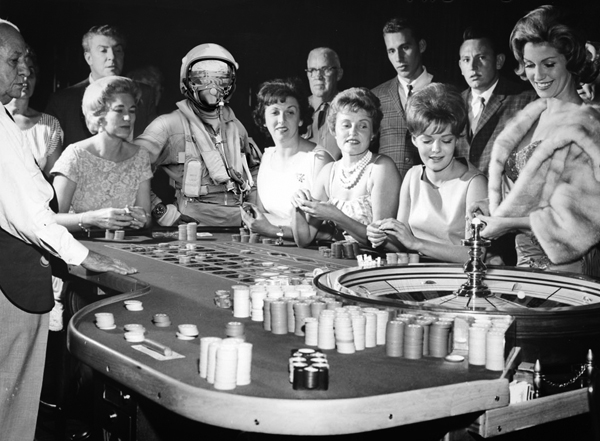 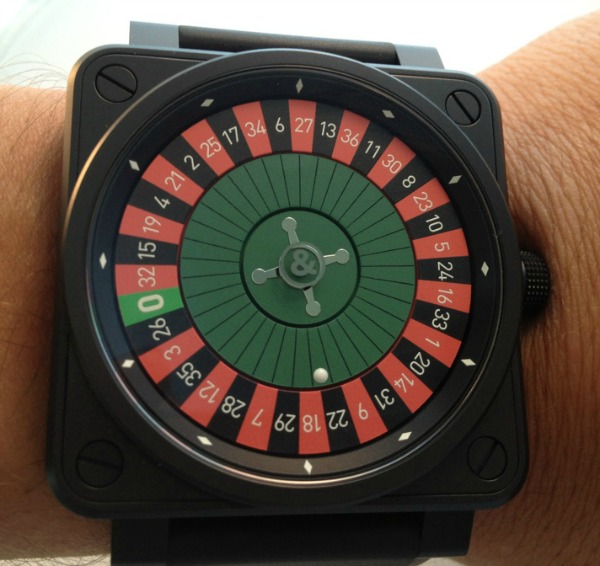 As I mentioned in the past, the watch is based on a few other limited edition watches Bell & Ross created as part of their BR01 “Instrument series.” These watches are directly inspired by non-timing instruments in cockpits such as the BR01 Radar watch. Though this watch is based on a game not an instrument. The watch uses three discs to tell the time. Reading it is not exactly what I would call simple, but it is effective given the theme, and allowing the dial to look as much like a roulette wheel as possible. You have the outer ring that indicates the minutes (read via the green “0” indicator), the middle ring with the ball (as the indicator) to read the hours, and a smaller inner ring for the seconds. Given what the BR01 Casino purports to be, it is not that difficult to read.

The concept of the watch is a real curio. It is a lifestyle watch for casino dwellers and not the typical BR01 aviator timepiece that the watch is based on. The case is the same 46mm wide PVD black steel case, but the dial makes it something totally different. It is weird, and it is polarizing, but it is also well-executed given its purpose in life.

Seeing the worlds of aviation and gaming come together is amusing. For this reason we created the above image of the typical Bell & Ross BR01 “spokesperson” (though he is usually quite silent due to the helmet) enjoying himself at the tables (original image credit here). The Bell & Ross BR01 Casino is limited to 100 pieces and are found in various Bell & Ross retailers around the world. If you are interested I am told that Horologio in Las Vegas (in the Venetian) has these watches in stock.