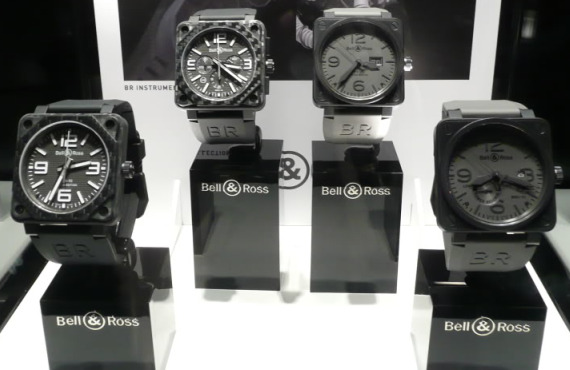 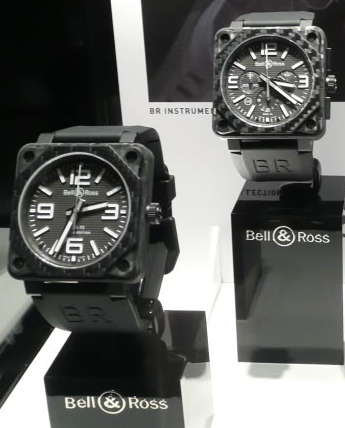 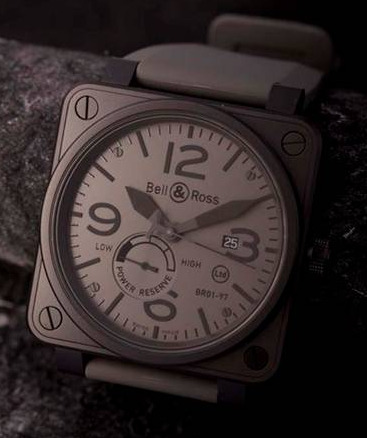 You can typically rely on Bell & Ross for nice, but predictable watches. This is still true, but this year at Baselworld the iconic French watch brand showed off a few new watches that you aren’t likely to see in stores anytime soon (but others will be in store in no time at all). These are sometimes called novelty watches, which are one offs that a brand makes. Other times they are sold in limit edition quantities at select retailers. I am still not sure what the future for these watches is, but they are at least enjoyable to look at. If they are not to be sold, it is entirely possible that they will be design influences in future Bell & Ross watches that we eventually will see in retailers. So expect to see at least a few of these commercially available soon.

Let’s start with my favorite, the Carbon Fiber Bell & Ross BR01 Pro Combat models. Actually, it is not the carbon fiber that I like at all, but the evolving look of the design. The three hand date model is my choice. The Chronograph version is a carbon fiber update of the BR01 Pro Titanium model that I discussed here. The The three hand model is the same watch without the chronograph complication and it looks like the numerals are a bit larger. That is now my current Bell & Ross holy grail watch. The titanium version was going for about $6,000 -$8,000. So figure out that for these models. Just beautiful technical looking watches fit for a SWAT team, or your daily commute home in the car. In the same image the watches on the right will be known as the Commando models. 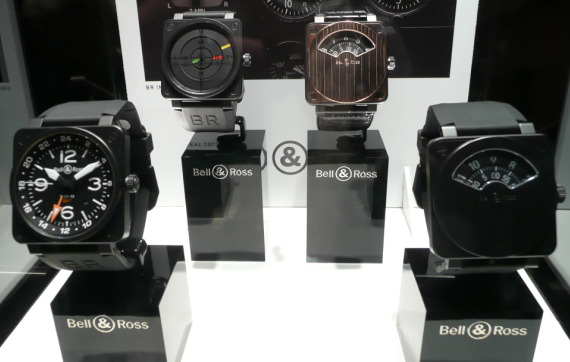 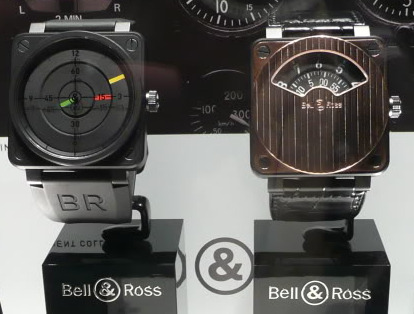 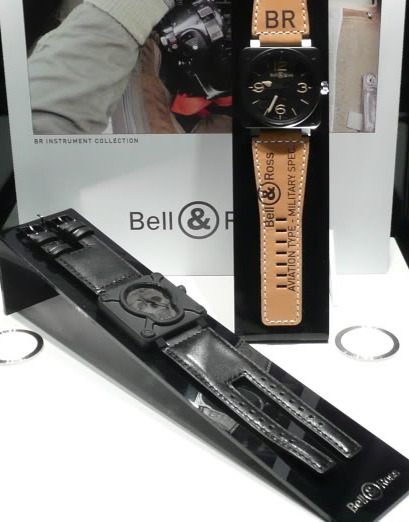 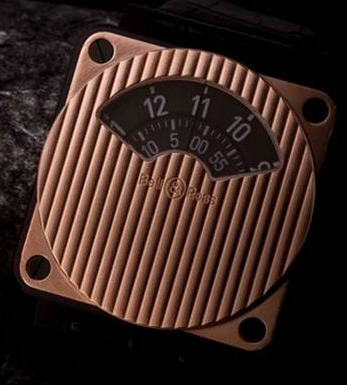 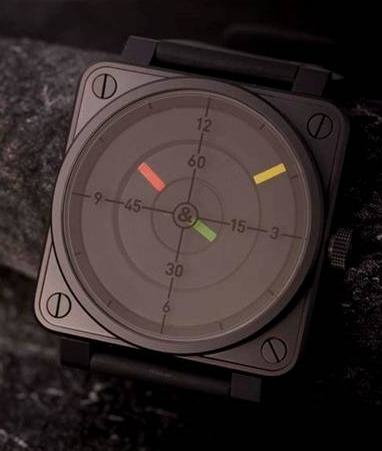 I will briefly mention the BR01 Airborne watch that is the big controversy of 2009. Only a few people like the skulls and crossbones watch that is more pirate that pilot. With sword hands, and a luminescent skull shape face, it misses the point of what most Bell & Ross fans are looking for. Regardless, it is a limited edition and will find a home with a few fan taken by the design. Probably one of us Americans. In the same image is the Bell & Ross BR01 Airborne is the new Bell & Ross BR Heritage that is already available.

The next watch is the Radar. I don’t think I need to explain which one that is. Using the standard black BR01 case, the new watch dial emulates a radar display. Pretty straightforward if you ask me. It looks pleasant enough, and the touch of color is fresh and friendly. I am a bit confused though as to the layout of the rings that serve as the hands. The axis has various number indicators for hours, minutes, and seconds, but I am not sure which ring does what, I’d really have to see it in person. Is the green indicator ring for seconds or hours? Just not sure based upon looking at it like that. You can see more about the Radar watch in the video above.

Then there is the new Bell & Ross Compass watch, which looks like a Compass display out of a cockpit (not a modern cockpit). This is a new look for Bell & Ross, and typically these types of watches would be saved for their round case watch collection. With most of their sales coming from the square watches (because they look so great!), Bell & Ross has decided to be a bit more experimental with their designs. There are at least two versions of the Compass watch, in black, and in a bronze or rose gold case. In those watches, the time is displayed on two discs. Using a specific point on the watch you like up where the hour and minute disc is to tell the time. It isn’t a new concept, but the design looks interesting for Bell & Ross. Again, check out the video for more peeks at these watch and expect commercial  availability at least soon for some of these Bell & Ross novelties for 2009.