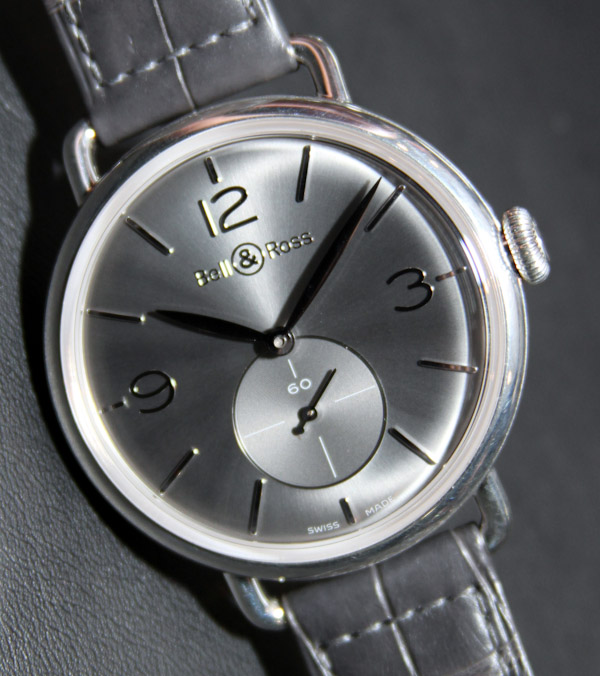 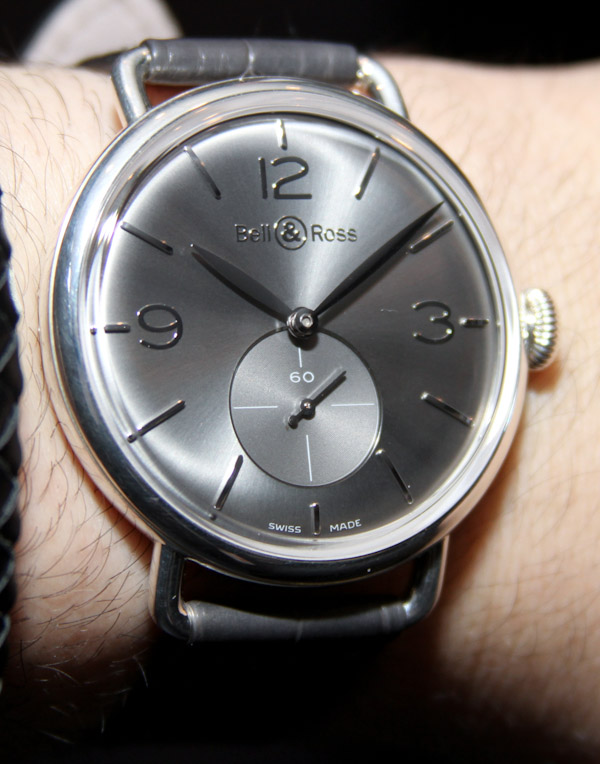 The last major Bell & Ross watch that we haven’t covered yet for 2012 is the WW1 and PW1 Argentium collection. I believe Bell & Ross CEO Mr. Carlos Rosillo himself was wearing a WW1 Argentium watch when I checked out this collection among other Bell & Ross pieces. For me, this is one of the most curious models. While not limited in production, it is a very niche timepiece. It will no doubt be selectively produced and offered in limited locations. A very interesting watch that is still very much a Bell & Ross.

What is Argentium you ask? It is a trademarked name for a special modern version of sterling silver. The name comes from “argent” which among other things, is the French term for silver. Argentium is a relatively recent version of sterling silver from the 1990s. Its most notable property is being highly tarnish resistant. Traditional silver tarnishes and must be polished frequently. For this reason I believe silver is quite rarely used for watch cases. Argentium though removes the tarnishing problem. There are other industrial benefits for Argentium, but I don’t think many of them are particularly useful in terms of watch cases. 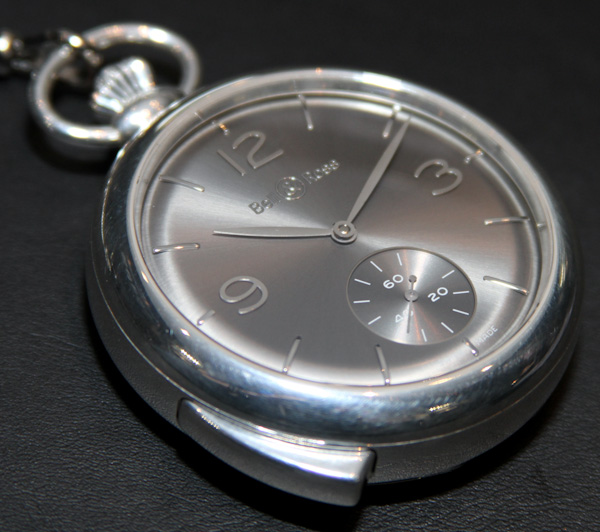 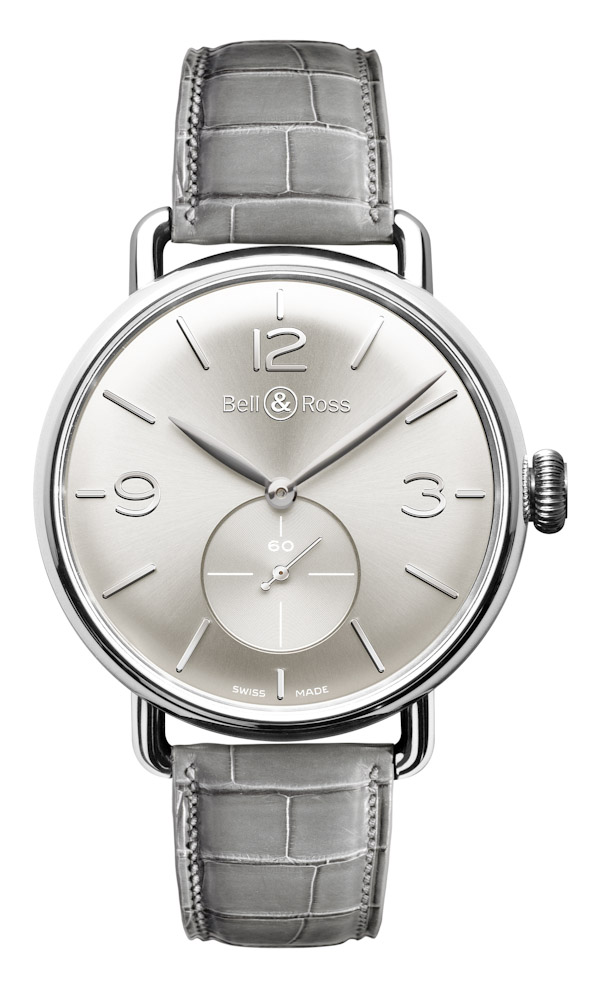 As part of the “wrist watch one” (WW1) collection, Bell & Ross will make two versions of this Vintage WW1 Argentium piece. The models will have either a silver or ruthenium colored dial, matched with a very pretty gray colored alligator strap. The theme is very “argent.” As a metal, sterling silver looks more like 18k white gold than steel, but somewhere a bit in between I would say. My understanding is that silver is harder to keep polished than say 18k gold. Having said that, there is an alluring depth to the polished gray tone which is nice.

The pieces are technically the “Vintage WW1 Argentium” watches. They bear the older dial watch look that comes across as quite elegant and “designer” as Bell & Ross renders them. The cases are modestly sized at 41mm wide, and the bezels are nicely rounded to match the loop style lugs. On the dials the hands and hour markers are similar gray colors but don’t blend in with the dial to destroy legibility. The dial designs are of course a more classy modification on the BR01 Instrument watch look. The use of baton hour markers even next to the Arabic hour numerals is interesting and quite effective actually. 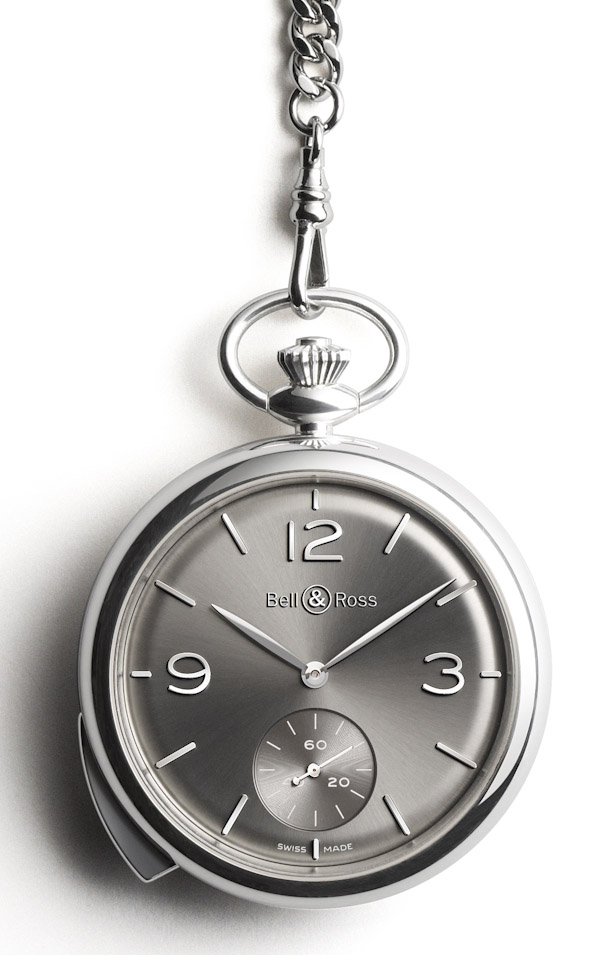 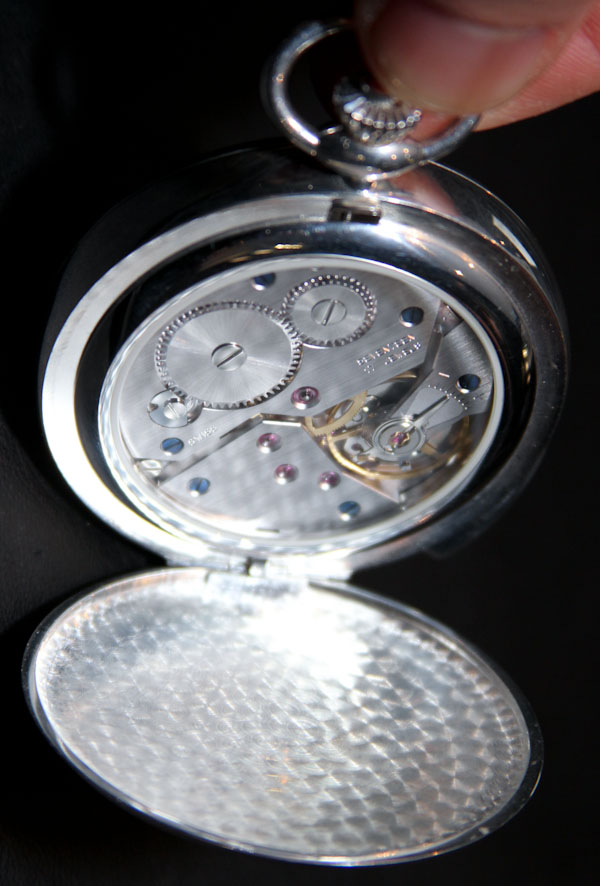 Inside the watches is a Swiss ETA 7001 (AKA Peseux 7001) manually wound mechanical movement with subsidiary seconds hand. You find these sometimes in smaller diameter manually wound movements that cannot fit something larger such as a UNITAS. Having said that, the Peseux 7001 is a much higher-grade movement in terms of design and finishing than the workhorse UNITAS movement. The ETA 7001 is most notable for being robust, but also very thin. It operates at 21,600 bph and is just 2.5mm thick with 42 hours of power reserve. 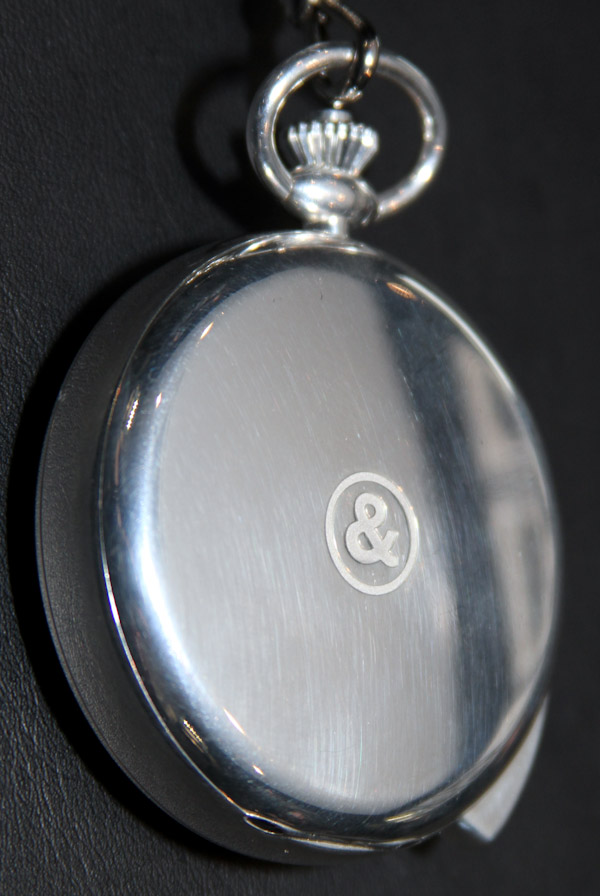