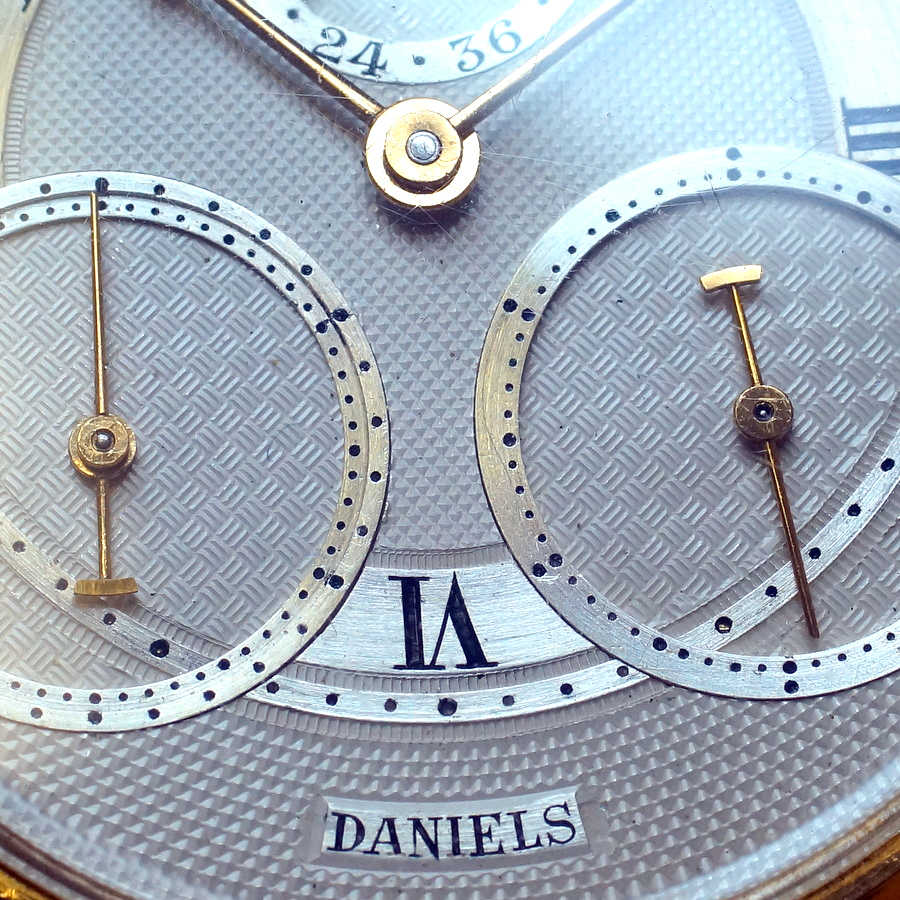 BEST FROM: aBlogtoWatch & Friends May 24th 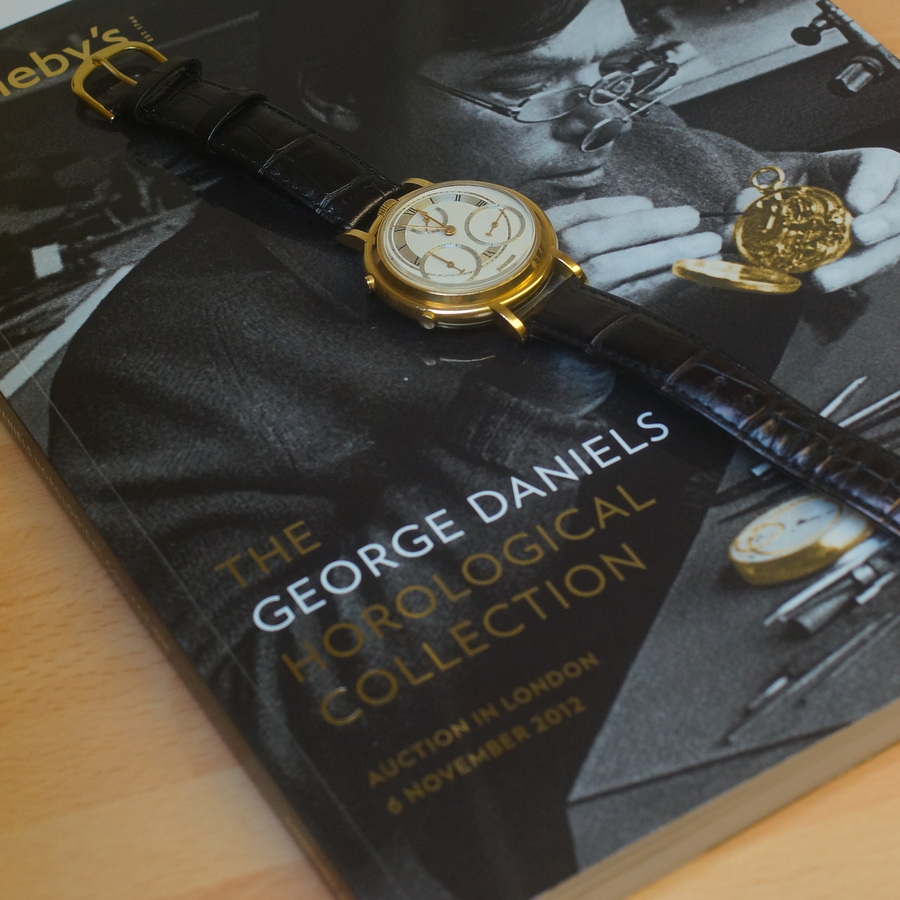 In the fourth edition of our bi-weekly news roundup, we interview Hublot’s Jean-Claude Biver; check out George Daniel’s co-axial chronograph watch; examine the implications of the new “Swiss Made” ruling; learn about the finishing technique of beveling and more. 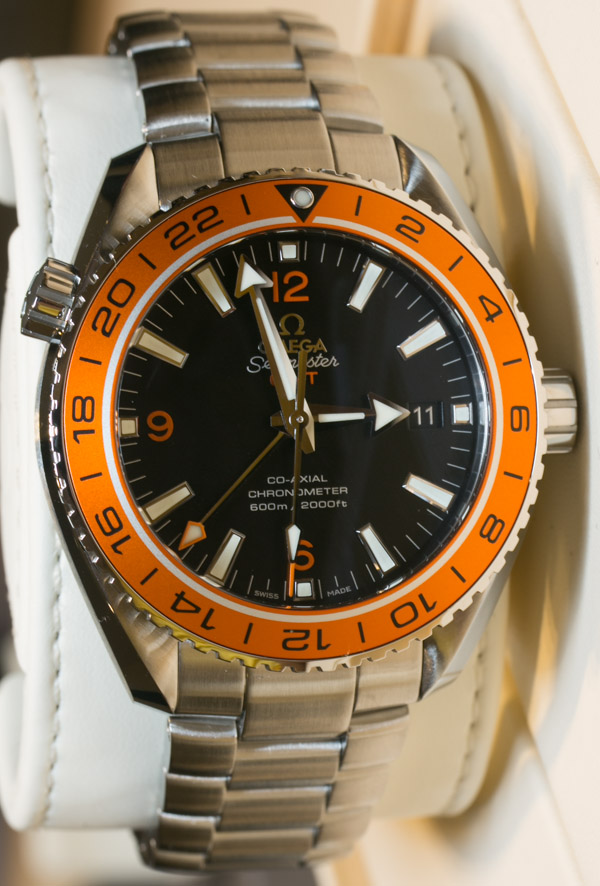 Just before Baselword 2013, we previewed the Omega Seamaster Planet Ocean GoodPlanet GMT watch, which was a special edition watch which would offer a glimpse as to what the regular Planet Ocean GMT watches would look like.

Now, however, we have pictures and a video of the rest of the Planet Ocean GMT lineup. Predictably, the new Planet Ocean GMT watches are handsome looking pieces and are built to very high specifications – water resistant to 600m and ceramic bezels with lacquered painted numerals for all models, except the one with the orange bezel, which is aluminum. As Ariel rightly puts it, these new watches are not a revolutionary addition, but as the old saying goes, “If it ain’t broke, don’t fix it.”

[youtube http://www.youtube.com/watch?v=8fNsQmGE-X0] Jean-Claude Biver is one of the most respected and enigmatic personalities in horology. Most famously associated with Hublot, the man is responsible for reviving both Blancpain and Omega. In this interview, Biver talks more about Hublot’s new MP-05 LaFerrari watch, reveals how Hublot develops new movements and watches, and finally shares his thoughts about Swatch’s new Sistem51 watch.

The Great Gatsby is one the biggest movies showing in cinemas now. Starring Leonardo DiCaprio and Carrey Mulligan, it is a tale of love set in the Roaring Twenties. Coincidentally, the 1920s were also the time when wrist watches started to gain traction amongst men and women.

Originally thought of as feminine, men started to wear wrist watches after the first World War, when they discovered how practical wrist watches were as compared to traditional pocket watches. The watches of the 1920s were heavily influenced by the Art Deco movement. And if you are a fan of the show and wish to recreate that same style on your wrist, Ariel has compiled a list of his favorite Art Deco style watches.

Recently, the Swiss National Council decided to to increase the minimum share of Swiss value for industrial products from 50% to 60%. What this means is that for watches to qualify as “Swiss Made”, 60% of the cost price of the timepiece be manufactured in Switzerland. In this article, we discuss the reasons behind this move and also the implications of having the benchmark raised to 60%.

Apart from a daily beater (I find that a dive watch is good for this), the dress watch is probably the next most important watch a man should have. This is the watch you wear to corporate events, formal office functions or even parties. While there’s no hard and fast rule as to what constitutes a dress watch, it is largely agreed that it should be discreet, thin and preferably on a strap. If you are looking for one, you are in luck because we have just compiled a list of the 10 of the best dress watches you can buy.

George Daniels is regarded as one of the most important watchmakers in history and the greatest watchmaker of recent times. Recently, we had the privilege to visit the workshop of Roger Smith, who used to worked closely with Daniels. And it was there that we got the chance to have a first-hand look and feel of the George Daniel Co-Axial chronograph watch. Created in 1991, to demonstrate the viability of the co-axial escapement, the watch was entirely handmade by Daniels himself. This piece is one-of-a-kind and recently went under the hammer for £385,250.