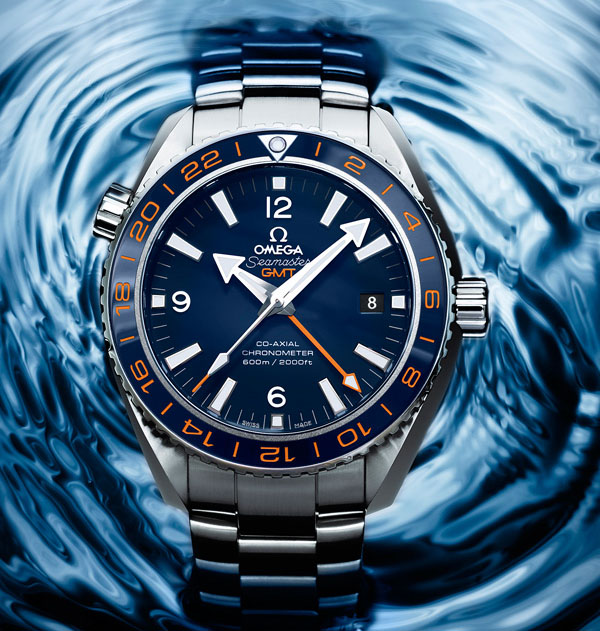 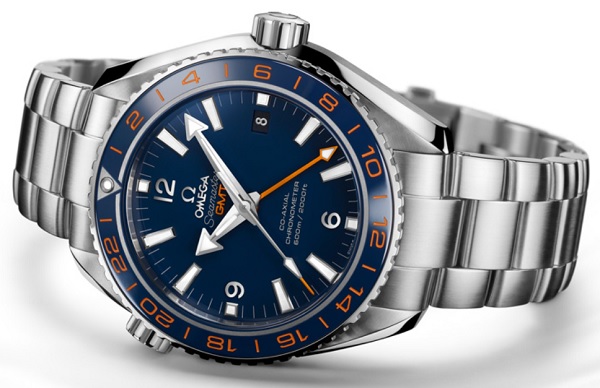 The long anticipated new Omega Planet Ocean GMT is here for 2013. Before settling into being a major part of the Seamaster Planet Ocean collection, Omega has debuted the Planet Ocean GoodPlanet GMT, as part of their collaborated efforts with the Good Planet Foundation environmentalist initiative. The new GMT watch is being launched in tandem with the release of the “Planet Ocean” movie.

We were there back in 2011 when Omega announced its partnership with the GoodPlanet Foundation and director Yann Arthus-Bertrand to produce the movie, which is being rolled out now. You’ll probably be able to see the Planet Ocean movie soon. Allow me to point out that the name of the ocean-preservation themed movie is quite fitting!

While unconfirmed at this point, we anticipate that this lovely blue and orange version of the Planet Ocean GMT is just one of a few Planet Ocean GMT models that will be released soon. This colorful version is probably the most eye-catching and helps keep focus on the novel nature of the watch. Though experience has told us that Omega sells most of its Seamaster Planet Ocean models with black dials on full steel bracelets. 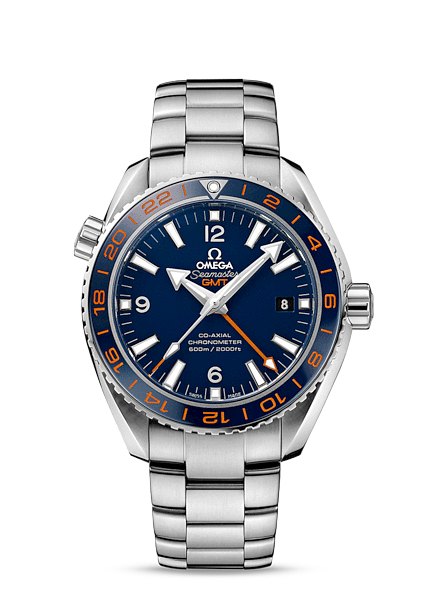 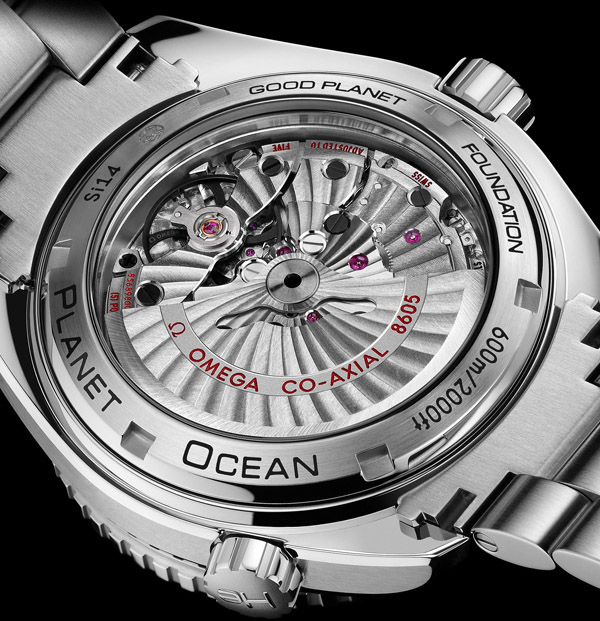 The steel case has a helium release valve and it’s water resistant to 600 meters. Instead of a uni-directional diver’s style rotating bezel, the GMT has a bi-direction 24 hour scale bezel that is not only a scale for the 24 hour hand, but can also serve as a third time zone indicator. Update: We met with Omega and the bezel of the Planet Ocean GoodPlanet GMT is in fact in blue ceramic, with orange lacquer printed numerals on it.

Inside the watch is the Omega in-house made caliber 8605 automatic Co-Axial movement that uses a silicon balance spring. This is essentially the Omega 8500 movement with a GMT complication. You can see the movement (always a stunner) through the sapphire crystal exhibition case back window. The movement has a power reserve of 60 hours. 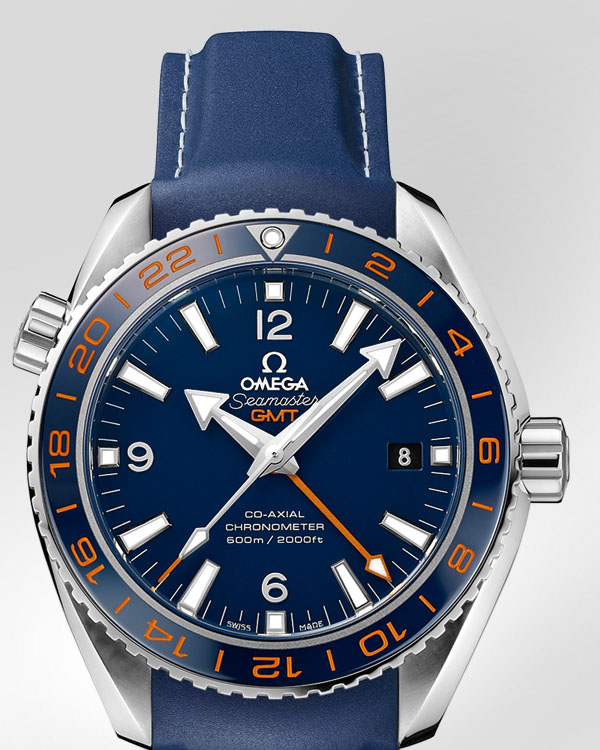 The Omega caliber 8605 is most well-known for being in the Omega Aqua Terra GMT, a more formal Seamaster model. The Planet Ocean is larger and also features a full-sized GMT hand, which many fans have been asking for. The dial of course is slathered in SuperLumiNova. Darkness legibility for Planet Ocean models is always outstanding. Omega will further offer the Seamaster Planet Ocean GoodPlanet GMT on a steel bracelet (ref. 232.30.44.22.03.001), or on a blue rubber strap with deployant clasp (ref. 232.32.44.22.03.001).