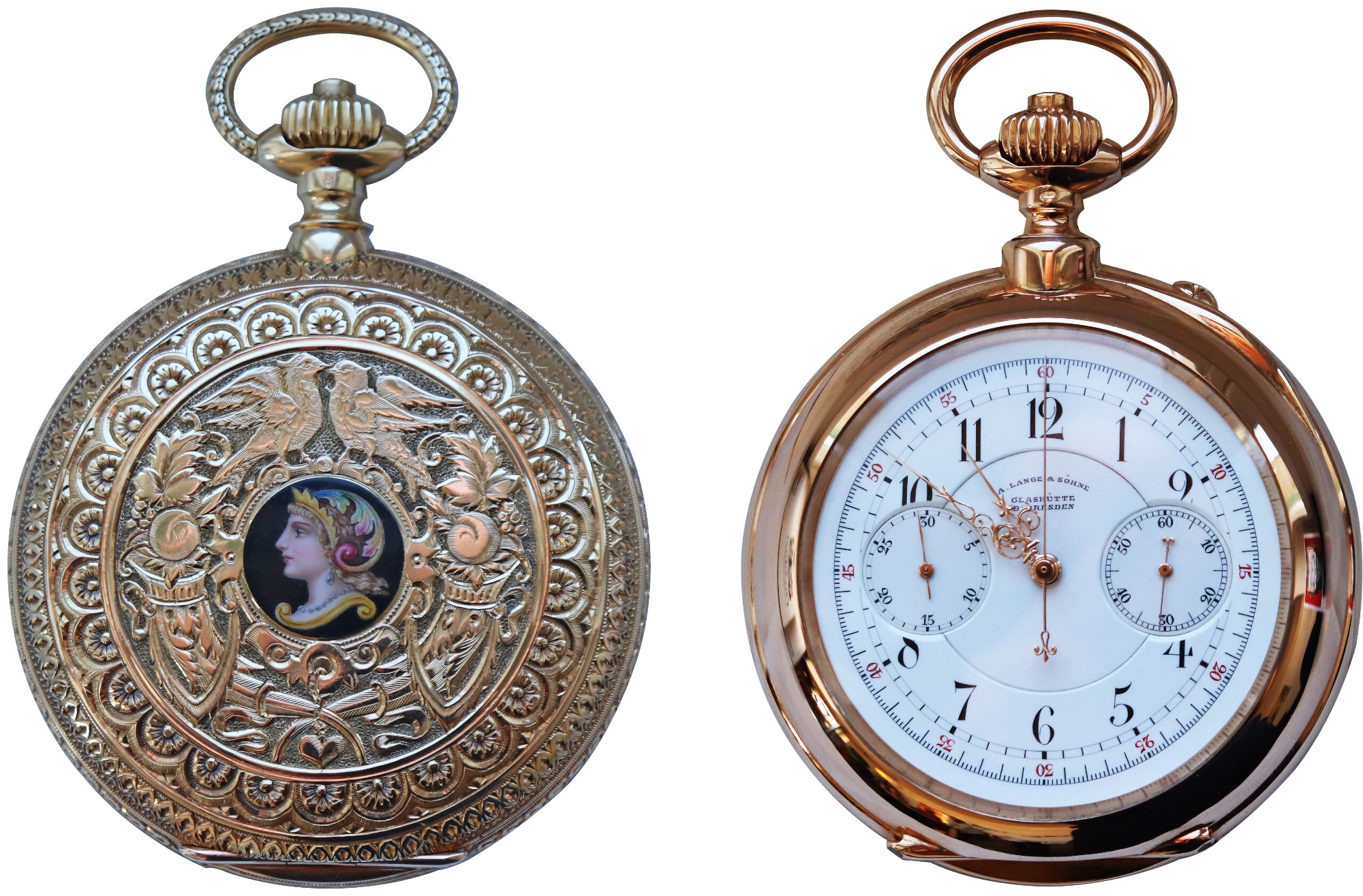 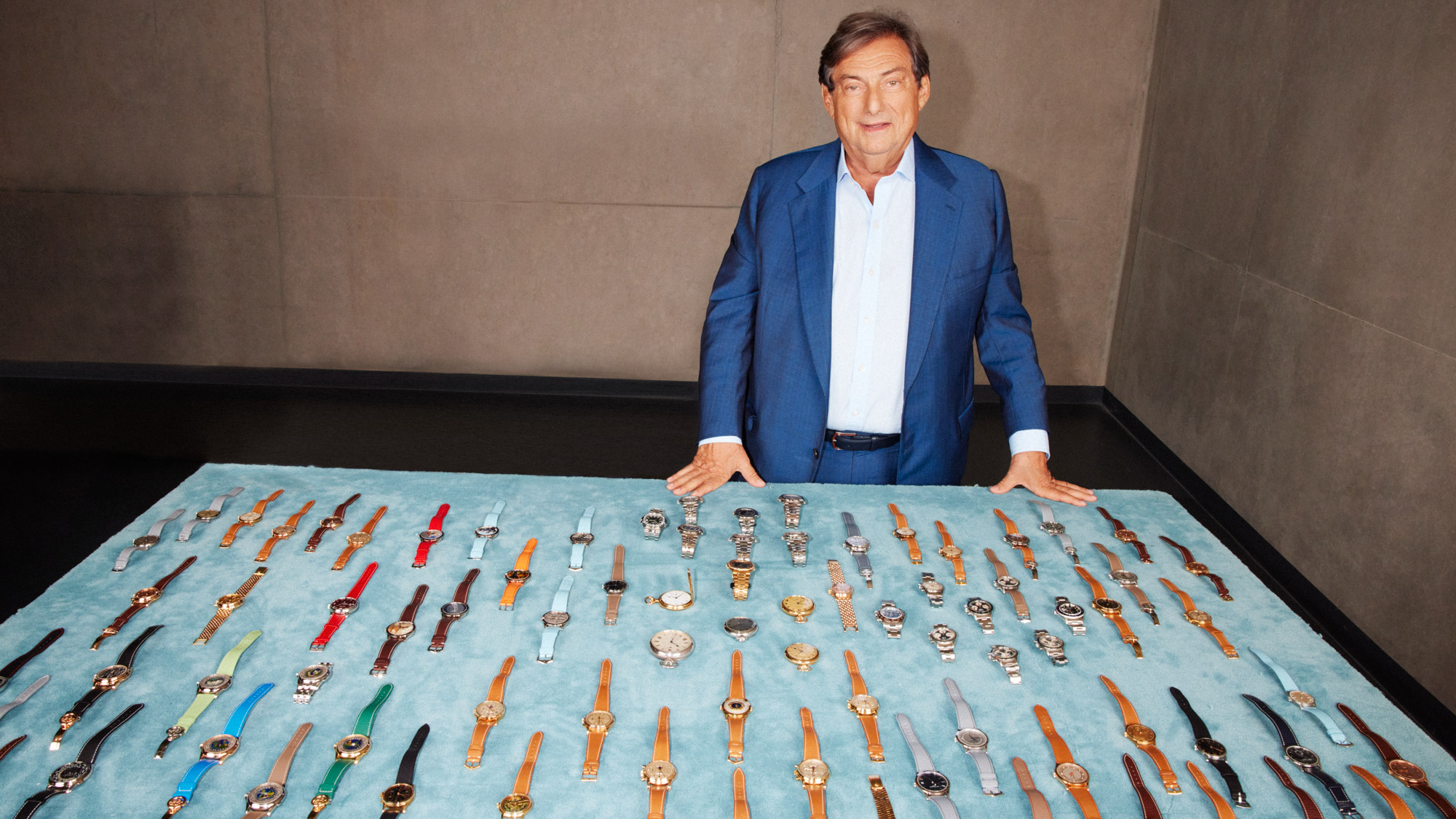 Times flies. We are now approaching the halfway mark of the year. In this round-up, we begin with a review of what is possibly the most hyped watch of the year, the MoonSwatch. Next, we go from one quartz watch to another with a review of a very high-end Casio Oceanus watch. And what’s a round-up without some Rolex? We take a look at the brand’s new 36mm and 40mm platinum Day-Date watches with fluted bezels.

From around the Internet, we have the amazing watch collection of Patrick Getreide. Currently on exhibition in London, the exhibit has been dubbed the “OAK collection.” We also discuss the current trend of minimalist watches. As clean, fuss-free designs gain popularity, are some brands taking things a bit too far? Finally, we take a trip down memory lane as we learn more about the history of A. Lange & Söhne before its revival. 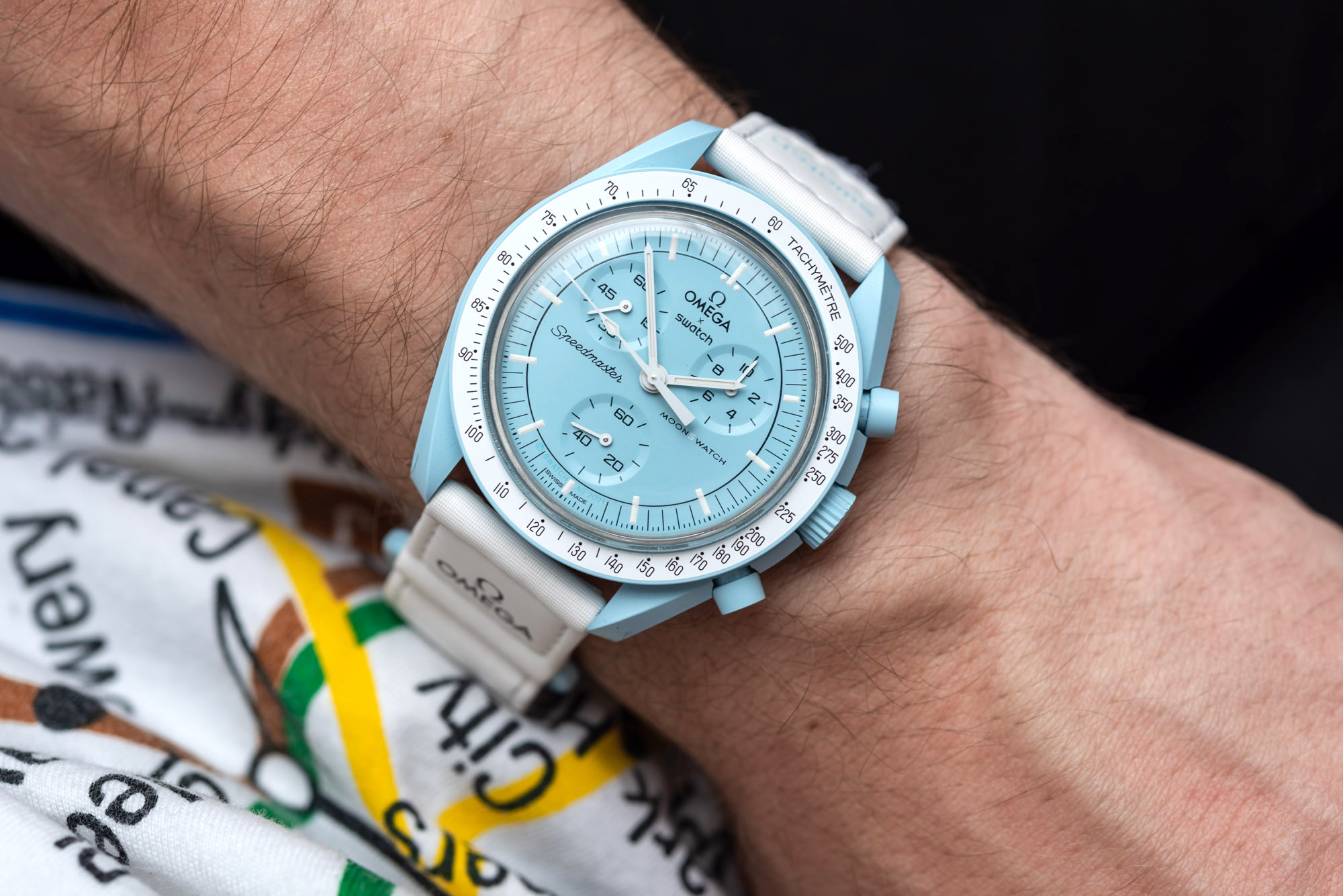 I think it’s safe to say that the MoonSwatch has been a hit for Swatch. There’s a chance sales will wane as time goes on, but I’m willing to bet that Swatch will have strong sales. And even if it doesn’t go on to sell millions upon millions, the attention that Swatch has gathered for this brief period must have been worth it. It was a worldwide phenomenon. From New York to Singapore, queues, mobs even, formed outside Swatch boutiques. And now that it’s been a while since the MoonSwatch has been announced and things have somewhat calmed down, let’s see if we can evaluate this watch objectively. 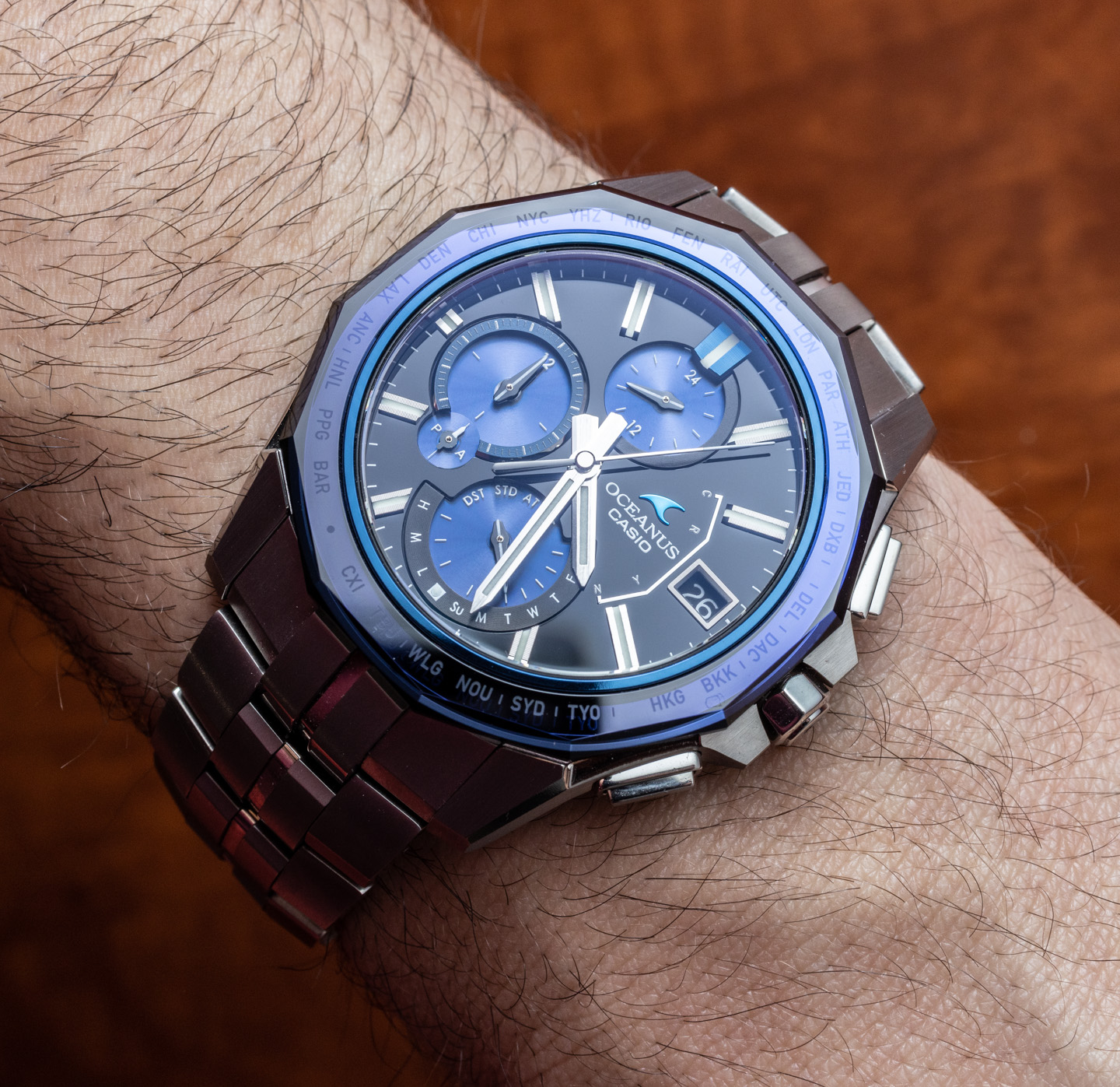 Unless you are a serious Japanese or Casio watch lover, you have probably never heard of Oceanus. This is Casio’s most high-end collection of watches. Think of it as the equivalent of what Grand Seiko is to Seiko. Oceanus watches are all made in Japan and many of them even have components finished by hand. This is the OCW-S6000 and it is one of the most premium watches you can get from Oceanus. To start, the case and bracelet are titanium. It also features the most stunning-looking sapphire bezel. Inside, there’s a high-tech quartz movement that is solar-powered and has Bluetooth connectivity. It truly represents the pinnacle of Casio engineering. 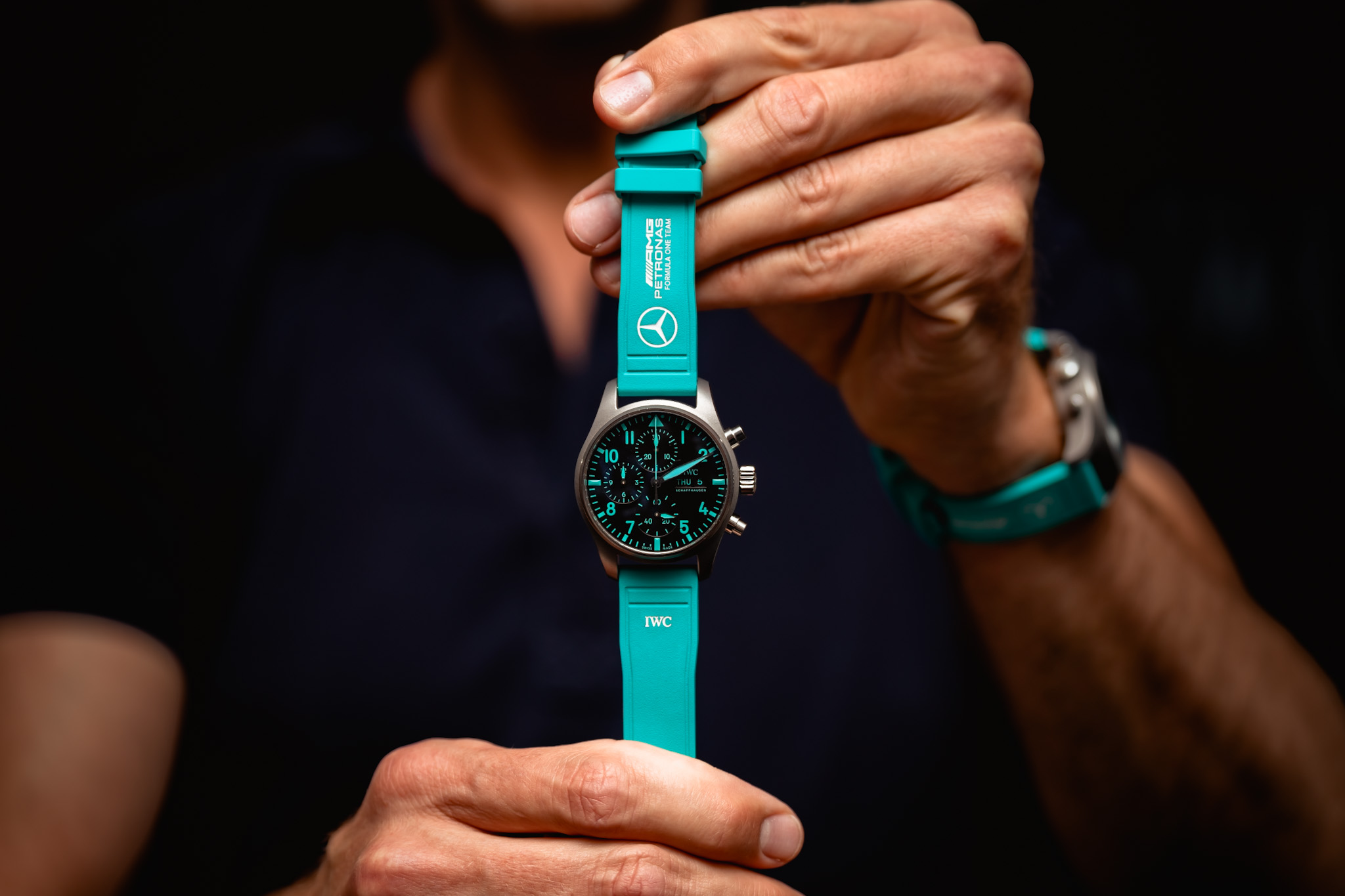 Interestingly, despite being associated with the Mercedes-AMG Petronas Formula One team for years, IWC has never created a watch for them. That changes now. At the recent Miami Grand Prix, the team’s race engineers, mechanics, strategists, and aerodynamicists will all start wearing a special version of the Pilot’s Watch Chronograph 41. Naturally, the watch is packed with references to the team with the most striking being the signature aqua color of the Petronas brand. Though the watch will be available for purchase by the public, it’s worth noting that watches worn by the team will also feature a special strap that has the Mercedes-AMG Petronas branding. This strap does not come with the watch that the public can purchase. 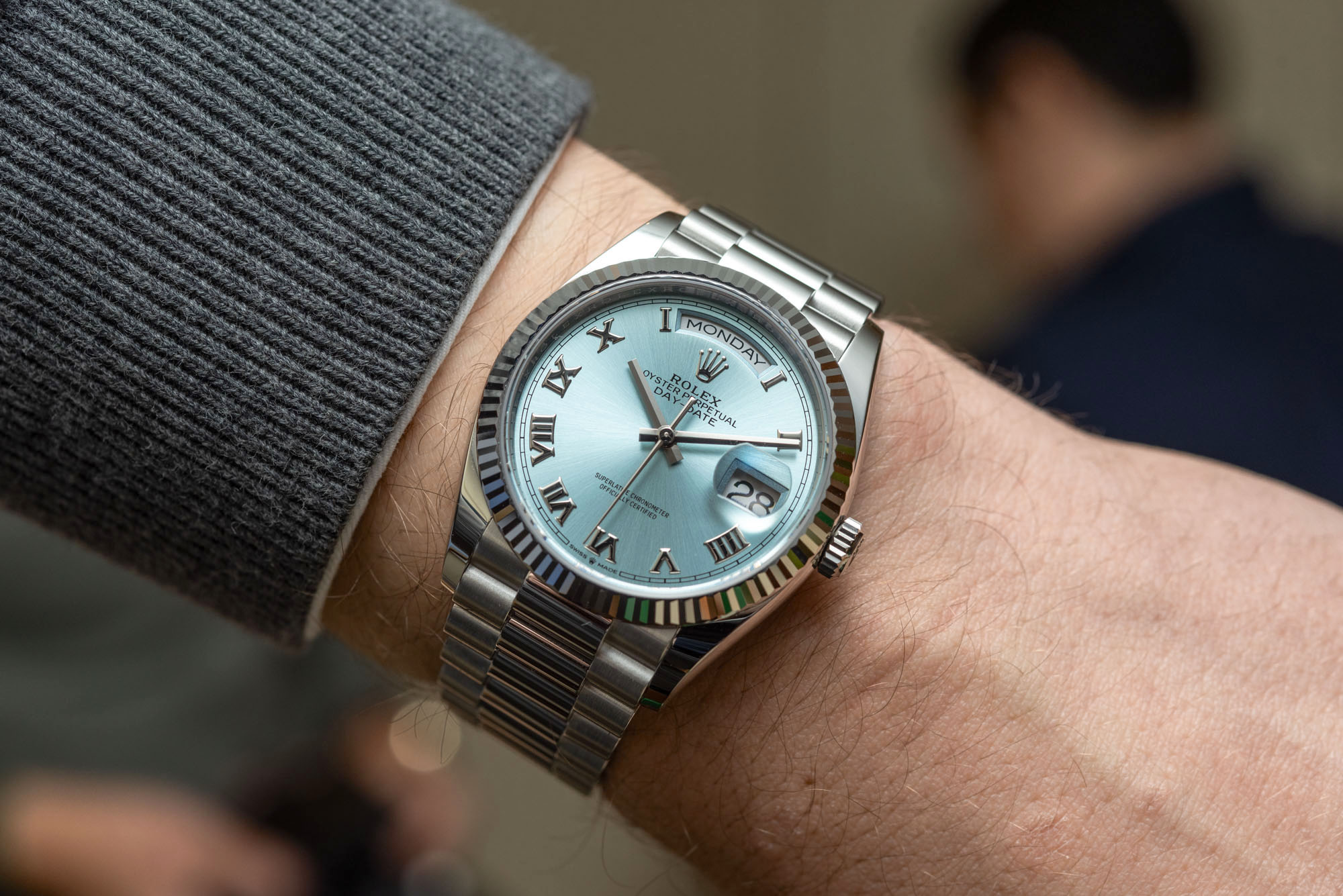 With Rolex watches, it’s always about the details, the nuances, and the subtleties. New for this year are the 36mm and 40mm Day-Date watches in platinum. For most people, it’s hard to see what’s new. They look like they’ve been around forever. However, according to Rolex, this is the first time ever that they have made fluted bezels out of platinum. Up until now, fluted bezels have always been made out of 18k gold — yellow, white, or Everose. Is this a big deal? Perhaps it is for some Rolex fans. All I know is that these are handsome watches that I won’t mind wearing, especially the one in 36mm.

5. HANDS-ON: NEW BREITLING NAVITIMER COSMONAUTE & THE INCREDIBLE STORY BEHIND IT 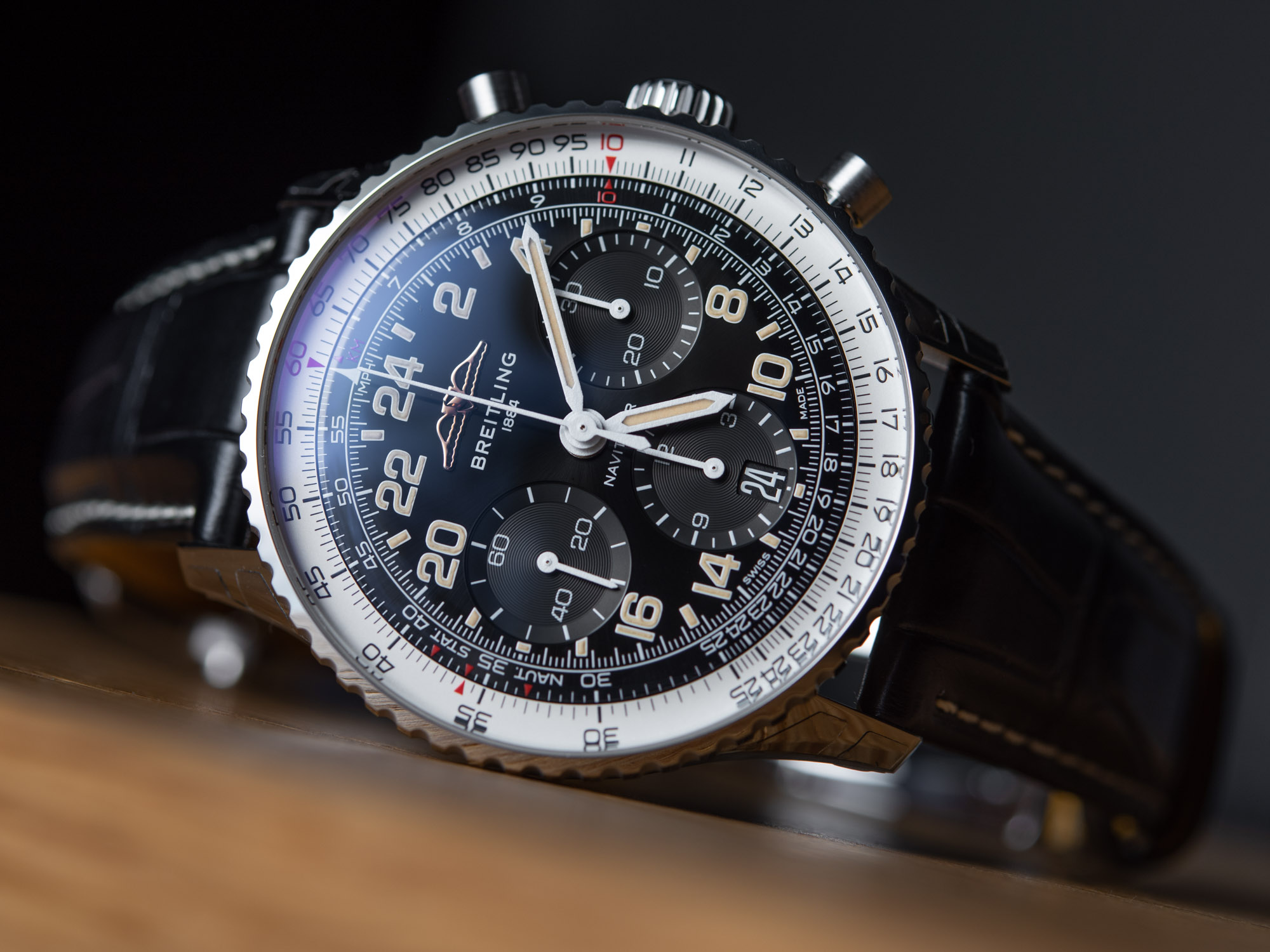 Pretty much every year since Georges Kern took over at the helm as Breitling’s CEO, there has been one “heritage” edition that pays homage to the brand’s rich history. We have seen reissues of the legendary Navitimer 806 and a trio of AVI 765s, and now, we have a reissue of the 1962 Cosmonaute. This watch is a milestone in Swiss watchmaking because it was the first Swiss watch to ever go into space. It was worn by astronaut Scott Carpenter during the Mercury-Atlas 7 mission exactly 60 years ago. The reissue is called the Navitimer B02 Chronograph 41 Cosmonaute Limited Edition and only 362 pieces will be made. I’m sure they will be snapped up quickly by Breitling fans, watch enthusiasts, and anyone who is fascinated with humans’ missions to space.