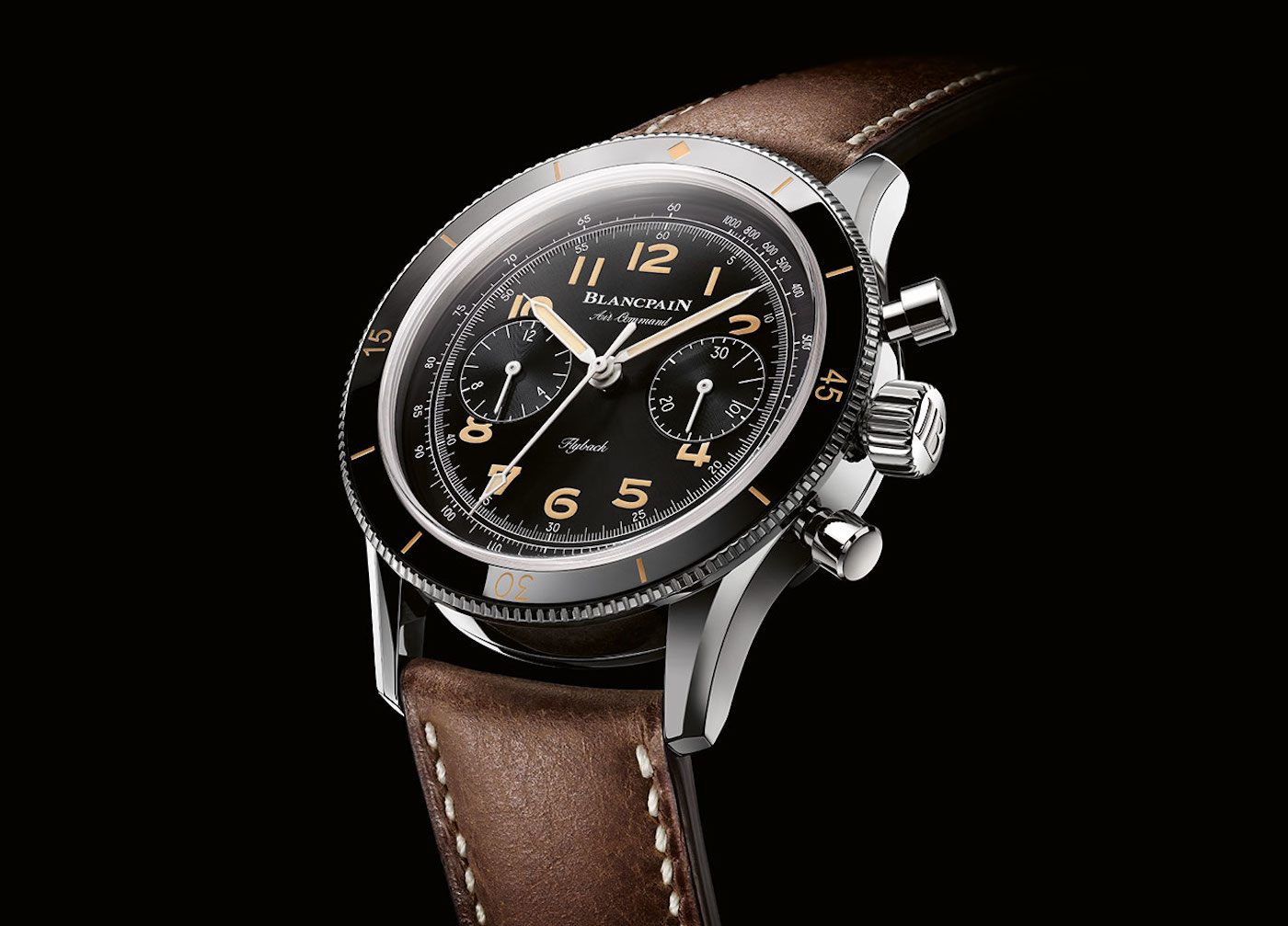 Tackling the re-release of a classic is risky business. Oftentimes, I feel major brands get too cute when trying to rebirth an icon from their past. There seems to be pressure coming from somewhere in these big organisations to make changes, when sometimes it just isn’t necessary. In fact, a lot of the time, it’s completely counter-intuitive to bring back a powerful design and mess it up for the sake of novelty. What should be new about these re-imaginings is the level of quality we’re able to achieve with modern technology. That should be enough. And with the Blancpain Air Command, back at least after many years in the cold, it seems that the world’s oldest watch brand has hit the nail on the head.

The Air Command has an interesting parentage. It was born in the late fifties, following the success of the fifty fathoms. The US Navy had been so impressed with Blancpain’s famous dive watch, the Swiss manufacture decided to produce a very similar model for Airforce for use in the skies. 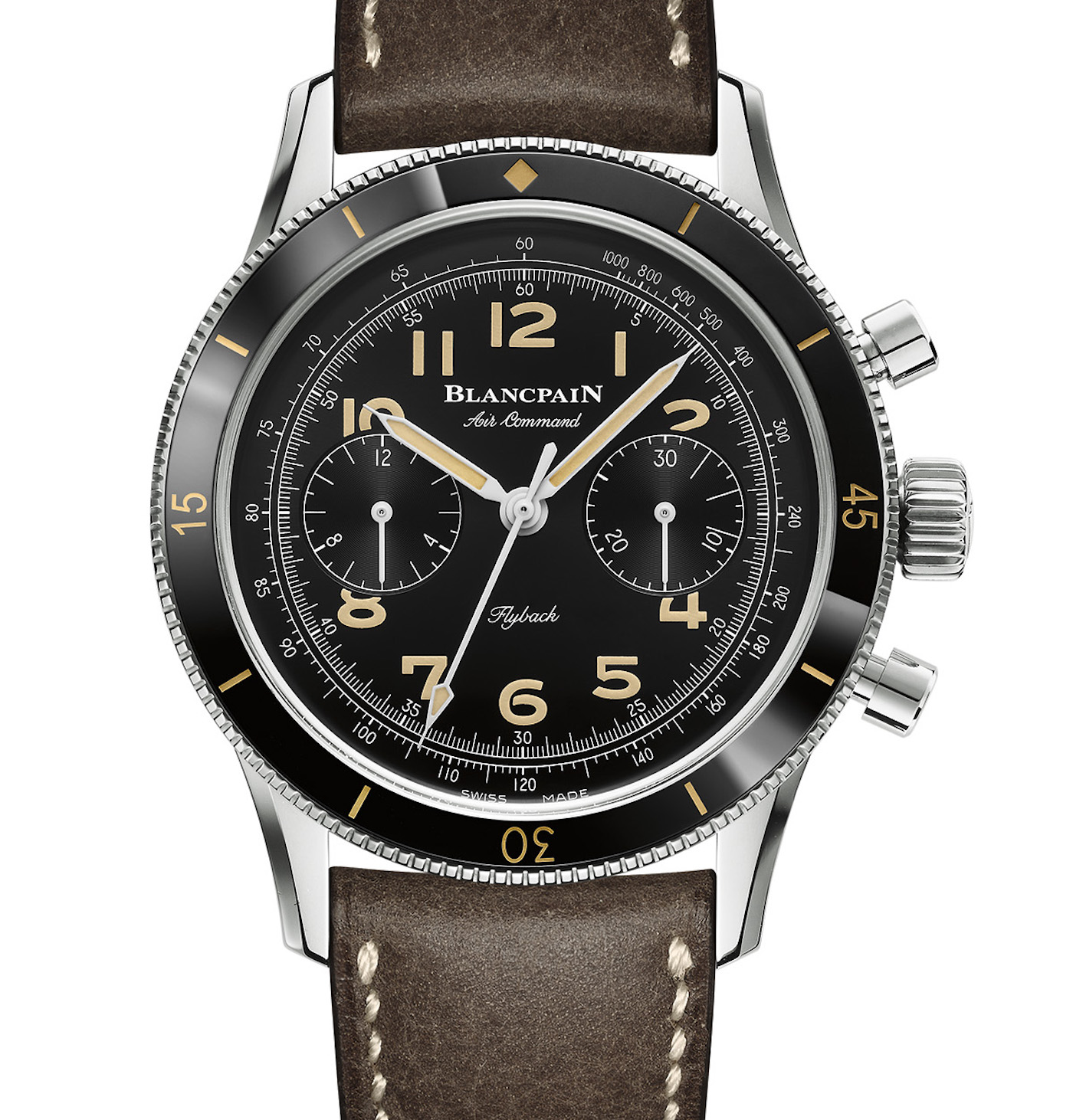 Stylistically, therefore, the Air Command is basically a Fifty Fathoms with a Flyback chronograph function, a tachymeter scale, and a countdown bezel as opposed to the count up bezel used on the Blancpain FF.

Although it may seem as if count down bezels would be more suitable for a dive watch, they are far less common in that field that count up timers (on which you set the zero point to the minute hand so you can see how long you’ve been underwater). Apparently, count down bezels were often used on military or pilot watches to coordinate strikes or to track an exact period of time since a bomb drop. They were often, as this one is, bi-directional so no good for ISO 6425, although one hopes that while piloting a plane that doesn’t become immediately, and unexpectedly relevant to your life (or the continuation thereof). And at any rate, the water resistance of this Blancpain Air Command is only 30 meters, so it wouldn’t do you much good in the shower, let alone the briny deep…

Amazingly, despite its handsome looks and excellent functionality the Blancpain Air Command was never adopted by the US Airforce. About a year after Allen V. Tornek, Blancpain’s US distributor, failed to convince the airforce to buy in to the project, a slightly different version was offered to the Columbian army, but only a handful of models ever made it into their hands.

As a result the watch became an instant grail for Blancpain collectors. Examples of the original have sold for around $99,000 at auction. Obviously, there are some collectors of fine things that will pay that kind of money for something just because it’s rare. But it sure helps when that thing happens to be excellently designed and very much deserving of its day in the sun. 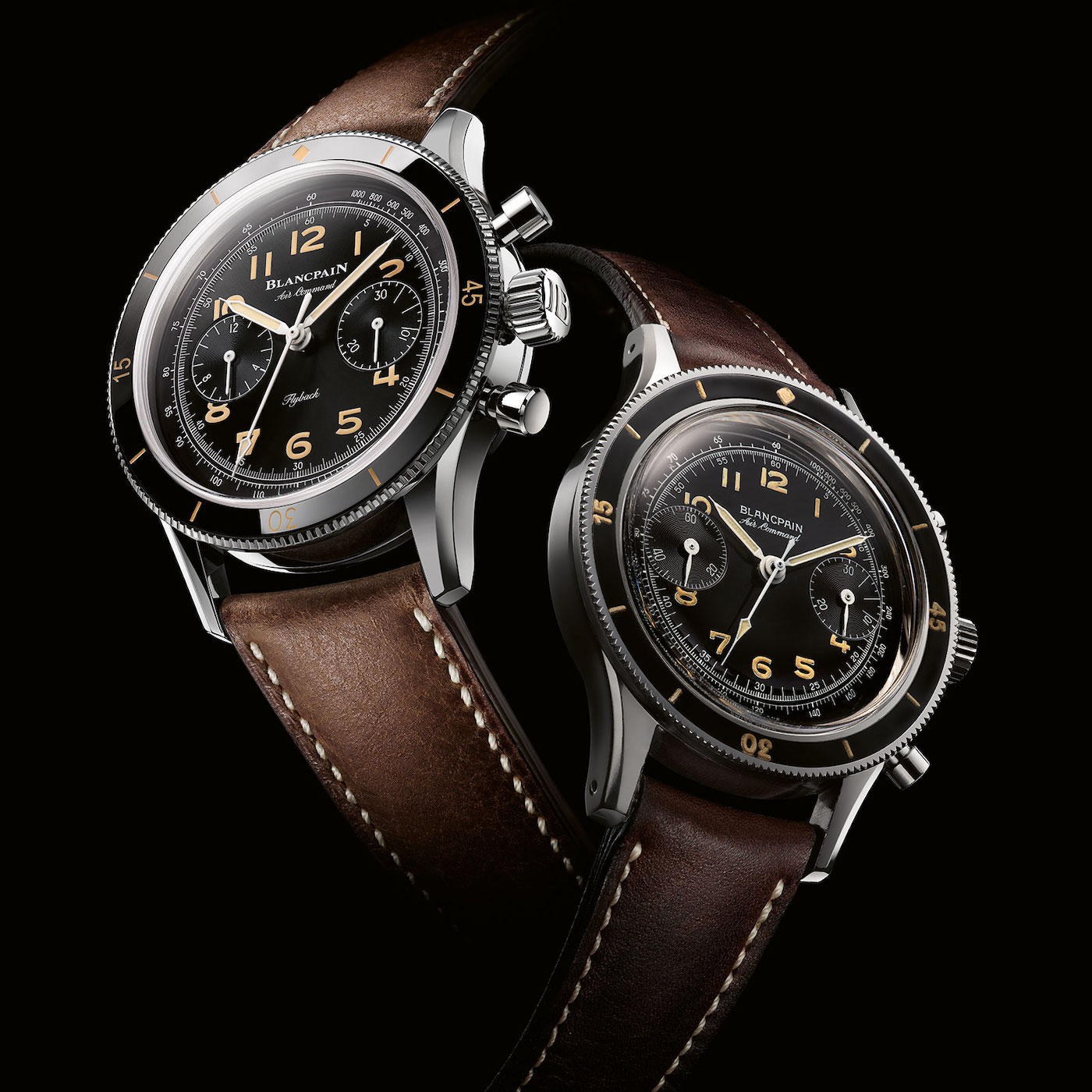 Old (right) and new (left) side by side

Well, the Air Command finally has its chance to shine. Although not a general release, the 500 pieces being debuted will significantly bump up its presence in the world and in the minds of watch aficionados. And having stayed so incredibly faithful to the original, historians will no doubt be pleased. The biggest changes seem to be the increased case size, however marginal, from 42mm to 42.5mm, significantly chunkier lugs (albeit with a very similar profile), and the installation of a modern, high-end movement. 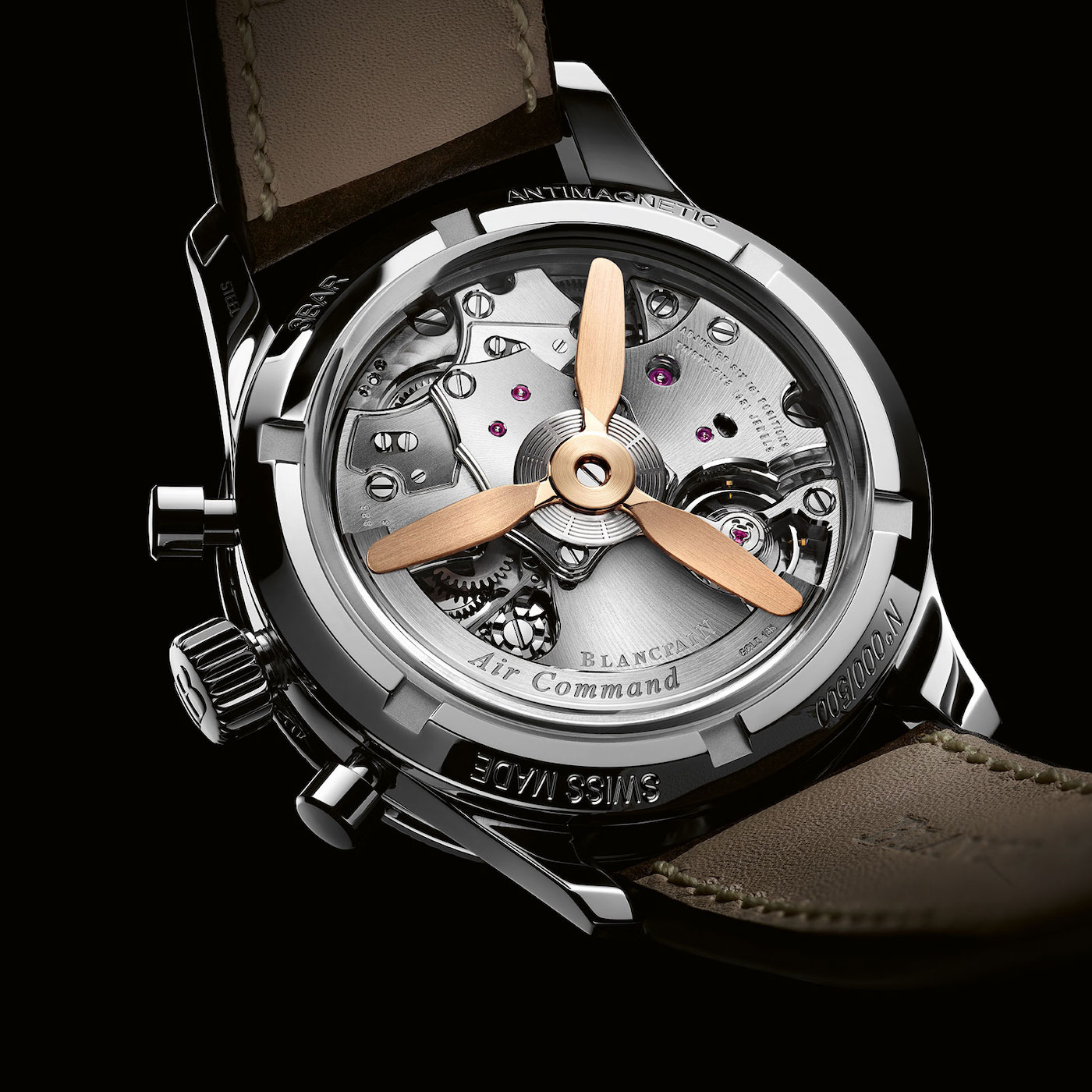 The Blancpain Air Command is powered by the F388B movement, which is based on the Frederic Piguet 1185. With an El Primero-matching 5Hz operating speed, this high-frequency flyback chronograph is not messing around. The super-cool propellor rotor puts on a show through the sapphire case back, as the silicon hairspring breathes away beneath it. The price of the Blancpain Air Command will be CHF 18,500 and it will be strictly limited to 500 pieces worldwide. blancpain.com