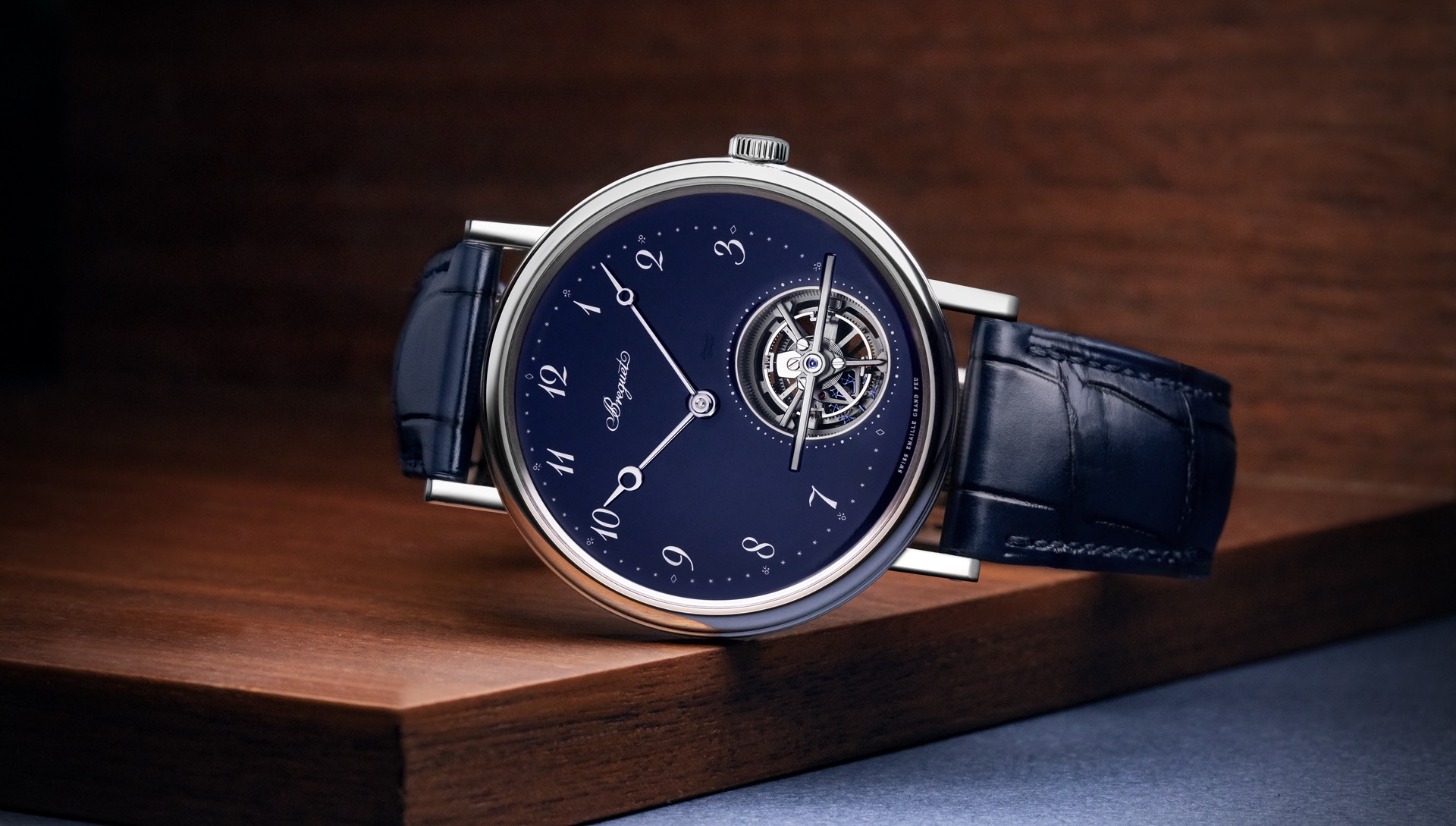 Just announced, the Breguet Classique Tourbillon Extra-Plat Automatique 5367 is a blue enamel dial version of Breguet’s very thin, very subtle, and very expensive caliber 581. Last year we saw the Squelette 5395, which gives a look through the skeletonized movement, but this 5367 echoes the three-hand Classique 5177 with a blue enamel dial. While an impressive enamel finish really does need to be seen in person to appreciate, I have seen several enamel-dial Breguet pieces and they really are among the best out there. I find that the choice of this deep blue goes a long way in making the highly traditional Breguet aesthetic just a little more contemporary. 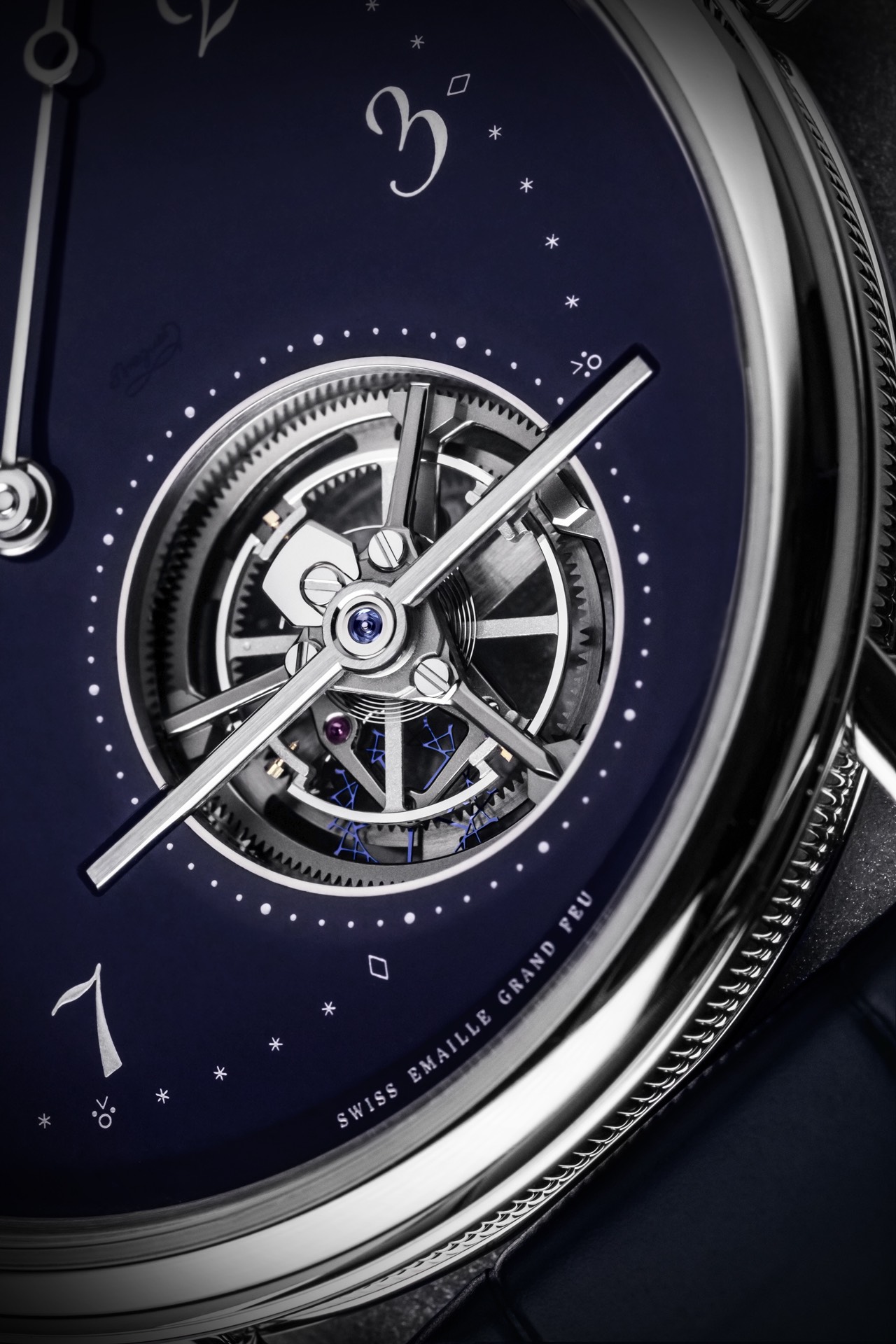 While Bulgari has taken the mantle of thinnest tourbiillon, the Extra-Plat Automatique 5367 did hold the title when it was released back in 2013. The original model was done in a guilloché dial and saw its first enamel dial back in 2017, which was done in white.

The tone of blue that Breguet aims to achieve on this enamel dial is intended to mimic the blued Breguet hands the brand is known for. The rhodium-plated steel Breguet hands and stylized Arabic numerals appear to contrast really nicely in the press photos. I’d have to see it in person before really rendering a verdict, but again, this is Breguet we’re talking about. 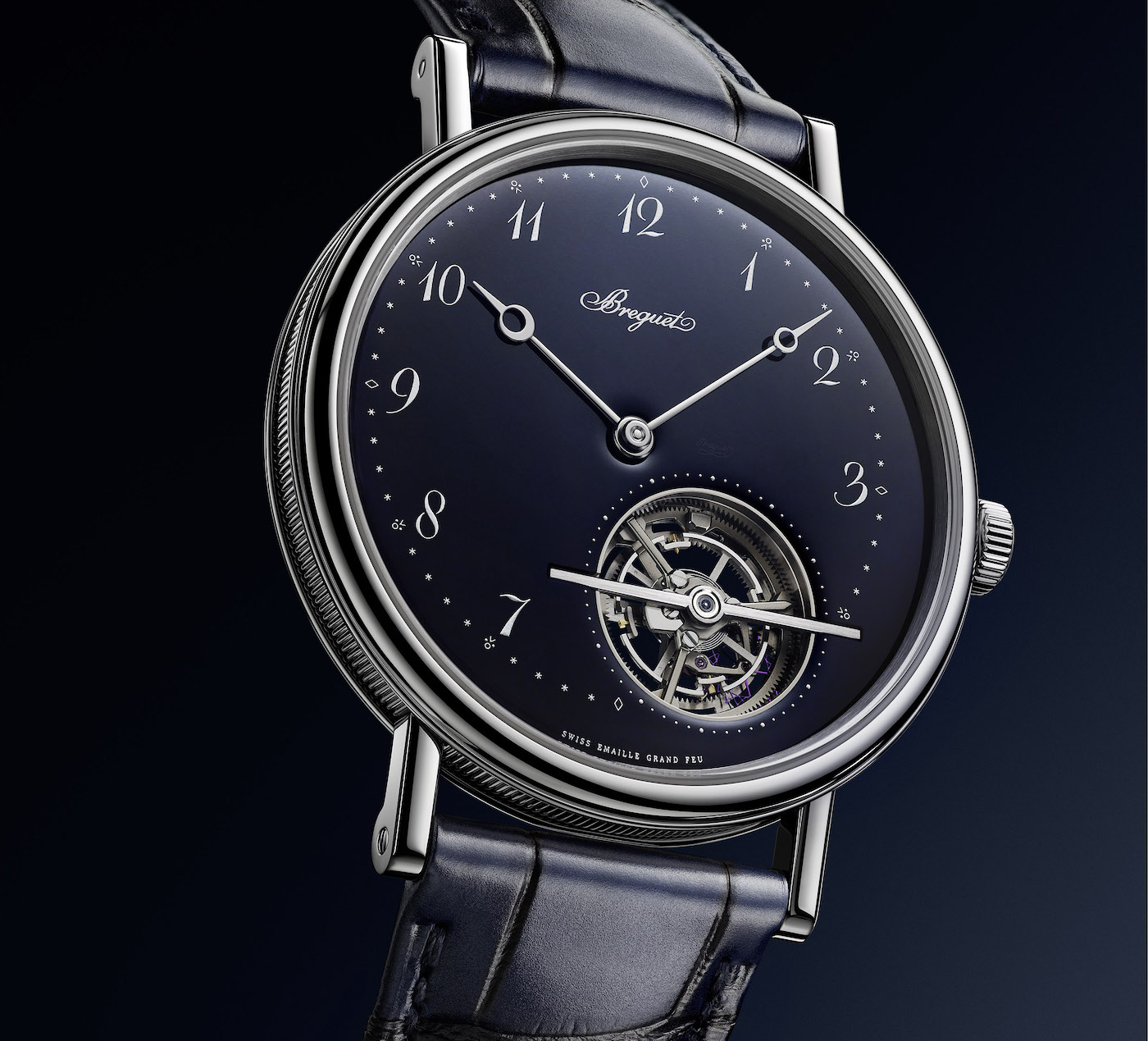 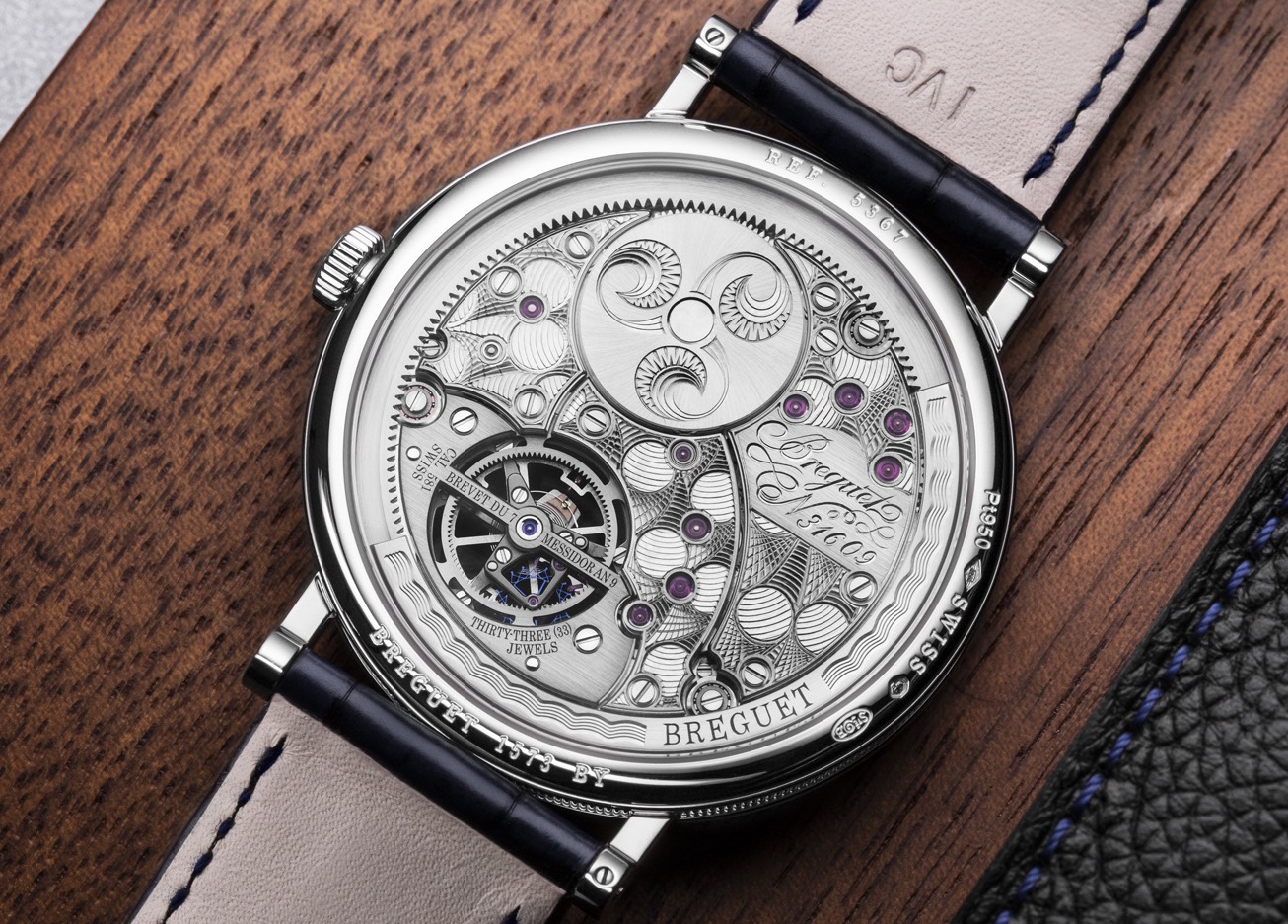 The off-center tourbillon on the dial appears to be as impressive as ever, housed in a titanium cage and with a silicon balance spring which oscillates at 4 Hz. Turning the case over reveals the automatic caliber 581, which measures just 3mm-thick and is made of 334 components. Impressively, it has an 80-hour power reserve due to Breguet’s high-energy barrel. The caliber 581 is a breathtaking tourbillon movement that exudes the kind of subtlety you’d expect from Breguet.

The platinum case measures 41mm-wide and 7.45mm-thick, and has the long lugs you’d expect from the brand. It’s water resistant to 30M, which could only be put to the test in case of an accident. I doubt anyone in their right mind would take a swim with this watch. 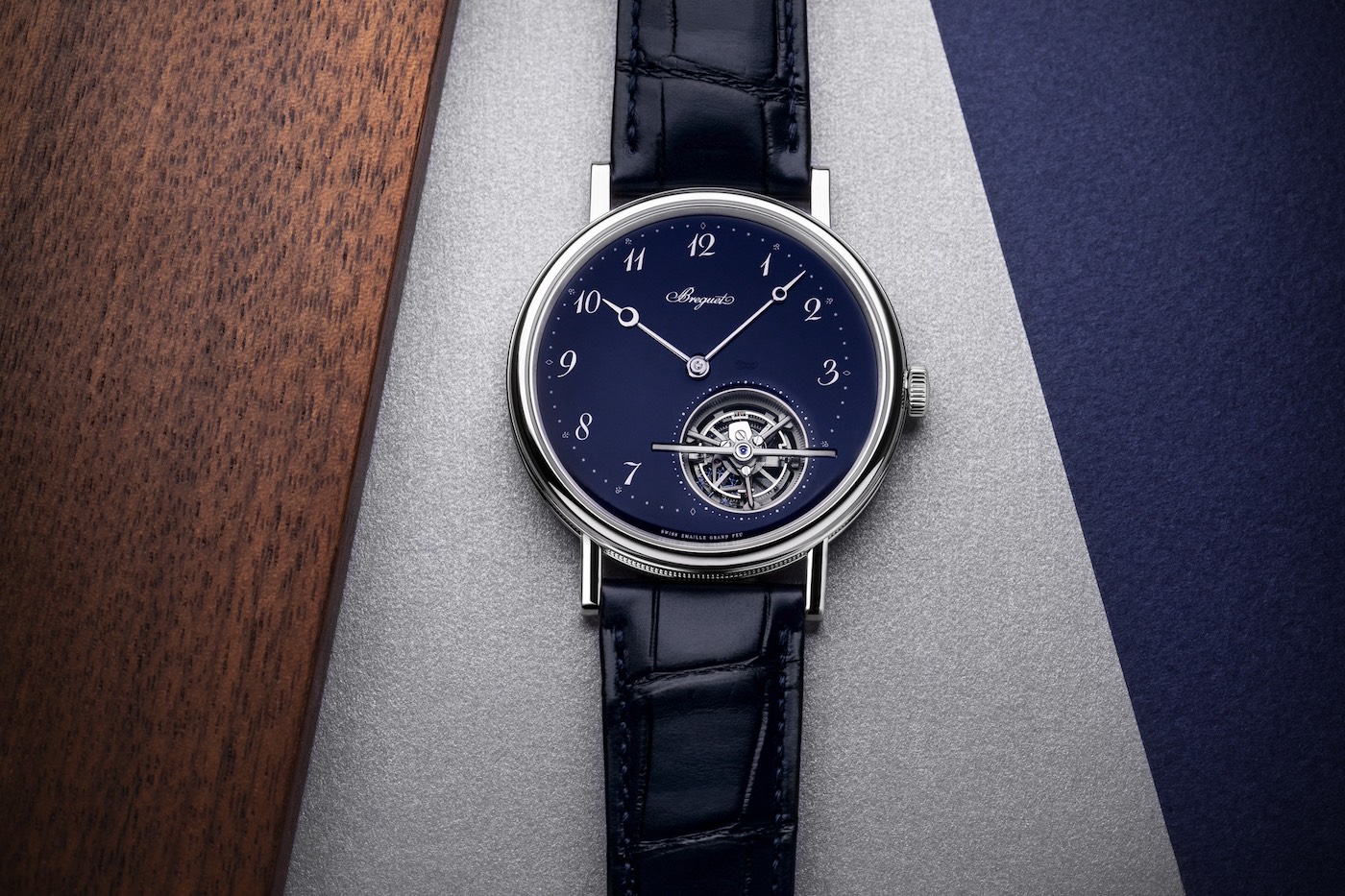 The Breguet Classique Tourbillon Extra-Plat Automatique 5367 with blue Grand Feu enamel dial is going to be a boutique-exclusive release and will be priced at $161,800. You can learn more at breguet.com.