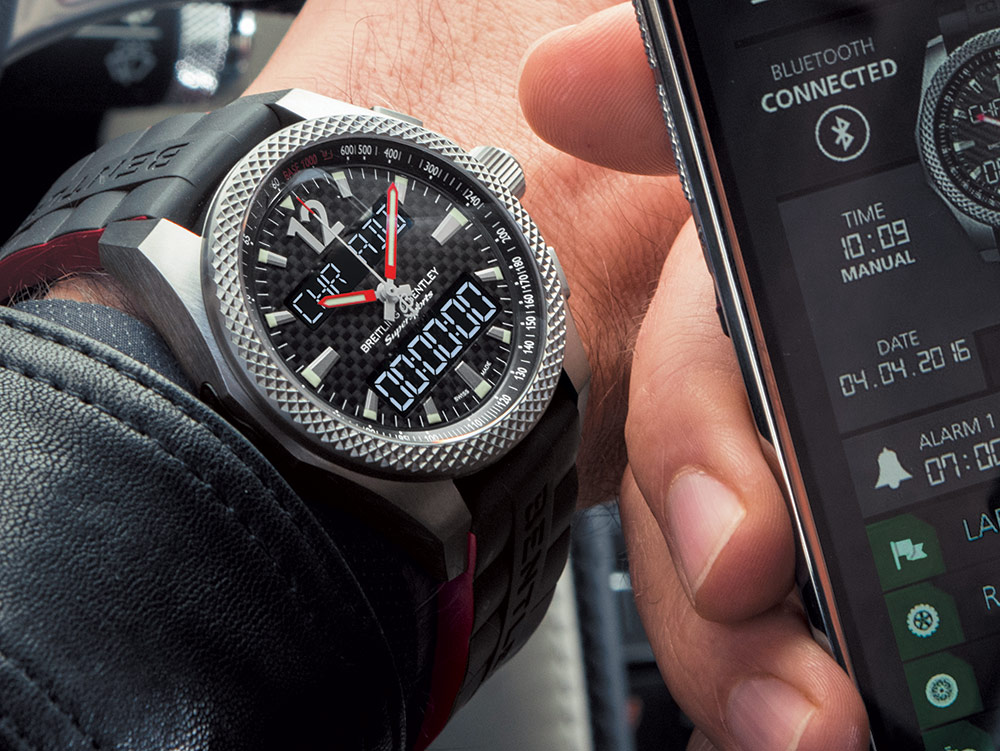 The new Bentley Continental Supersports is a 2.5-ton luxury four-seater that does zero-to-60 in a physics-defying 3.4 seconds. To celebrate the launch of what is apparently the world’s fastest grocery-getter, Breitling is offering up the Supersports B55 watch – a limited-edition smartwatch of sorts built with Breitling’s proprietary Connected technology and featuring a suite of functions designed specifically for drivers. Presumably, that will mean those at the helm of this 700-horsepower coupe which also happens to top out at an eye-watering 209 miles per hour. 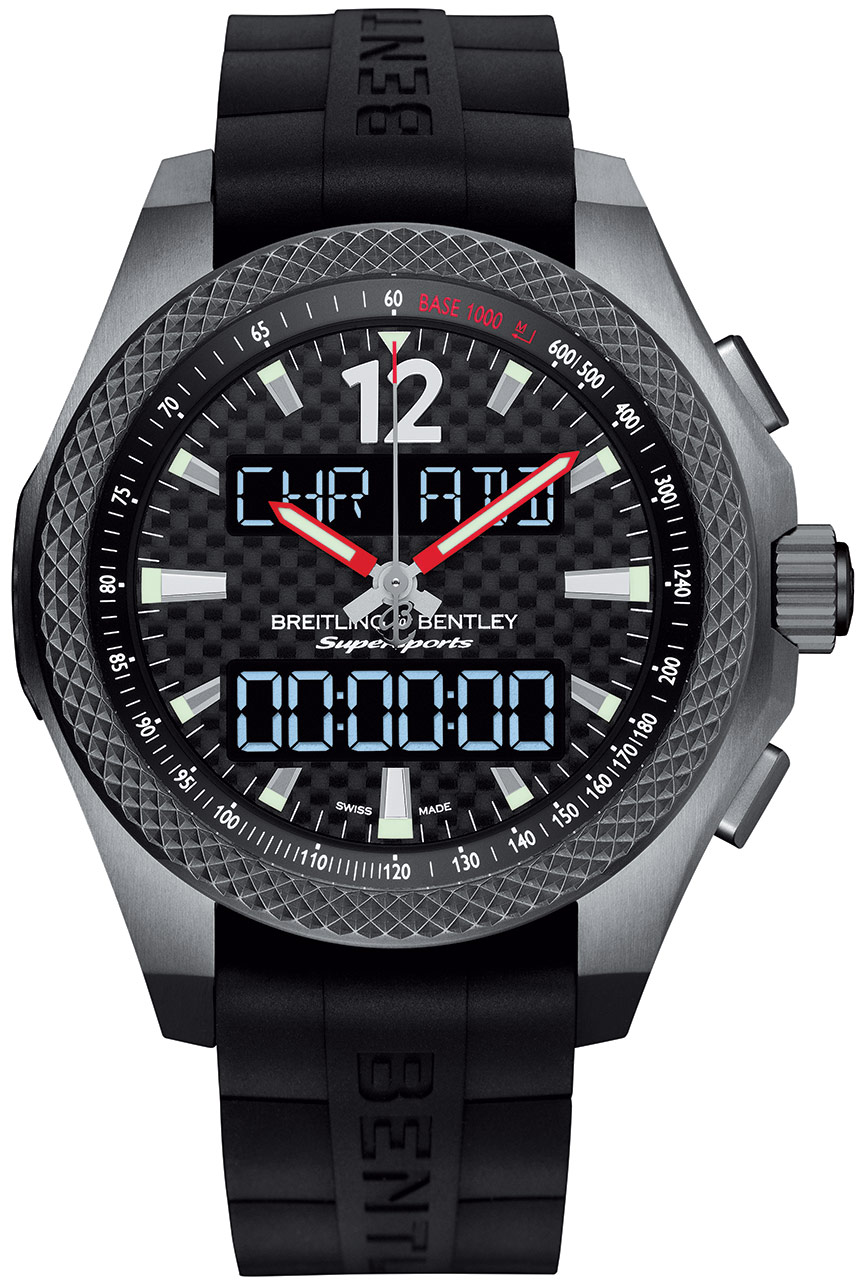 Breitling and Bentley have been sharing a front seat since 2003 when the British automaker launched its most powerful car to date – the Continental GT. As it nears 15 years, the collaboration has since yielded some interesting but oftentimes divisive examples, usually due to their size or over-the-top finishing (or both). That said, if you’re a Bentley owner or one of the brand’s aspiring fans, there’s already a pretty good chance you’ll appreciate Breitling watches for their markedly similar approach to design, which wraps luxury and performance in a physically imposing chassis and stuffs it to the brim with the latest technology. Again, much like the Continental. 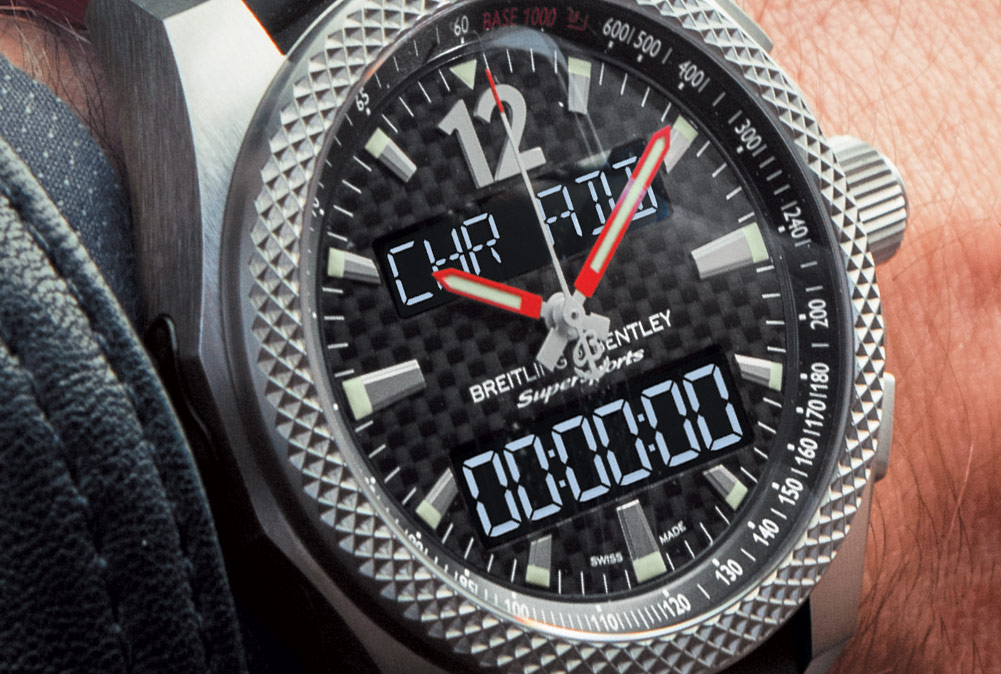 Taking cues from the Exospace B55 introduced in 2015, the Supersports B55 isn’t quite a smartwatch, but it’s certainly close – marrying a rechargeable, chronometer-certified Superquartz movement of Breitling design with Bluetooth Low Energy technology, enabling the wearer to control the watch via a dedicated smartphone app. This includes setting its seven alarms, cycling between various time zones or perpetual calendar displays, and accessing stored times measured by the chronograph function. As the smartwatch definition seems to dictate, the Breitling Bentley Supersports B55 can also display alerts and notifications pushed from the phone, as well as event reminders. 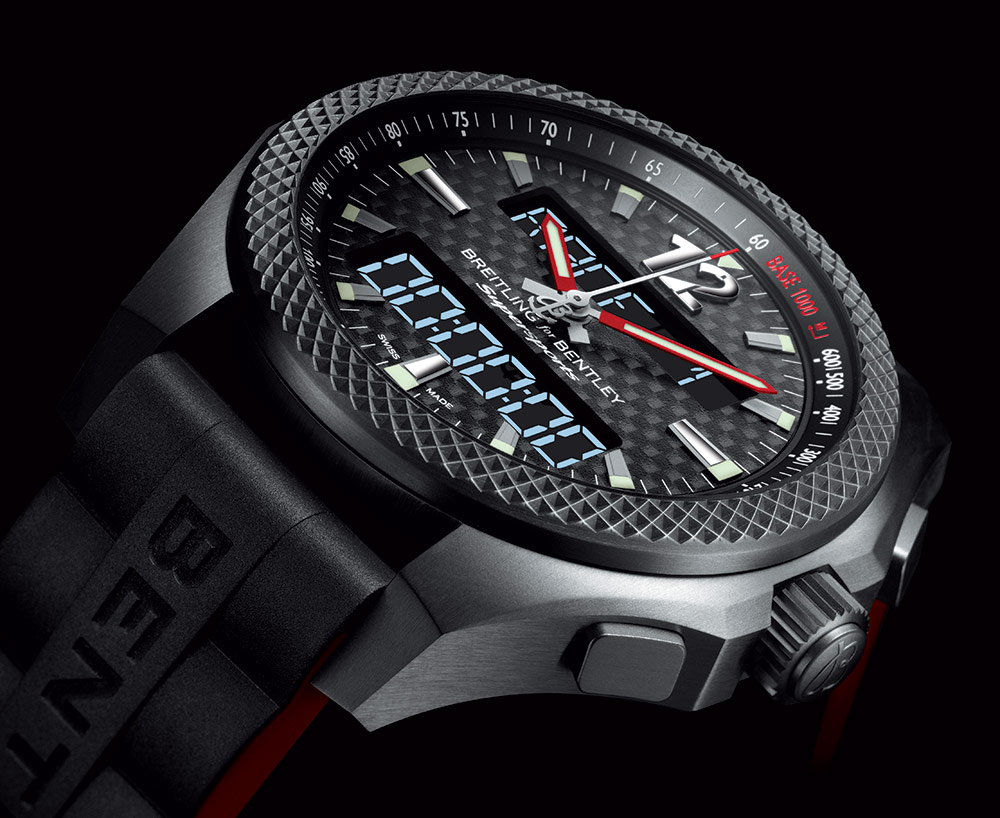 Like the Bentley from which this particular Breitling owes its namesake, the Breitling Bentley Supersports B55 is hardly subtle. It’s built with a 46mm titanium case that’s water-resistant to 100m and fitted to a thick rubber strap – similar in spec to 2015’s Exospace, but re-skinned to match the design language in the Bentley universe. This includes a woven carbon fiber dial and the textured hobnail bezel – a detail that’s become something of an ongoing signature for the partnership. 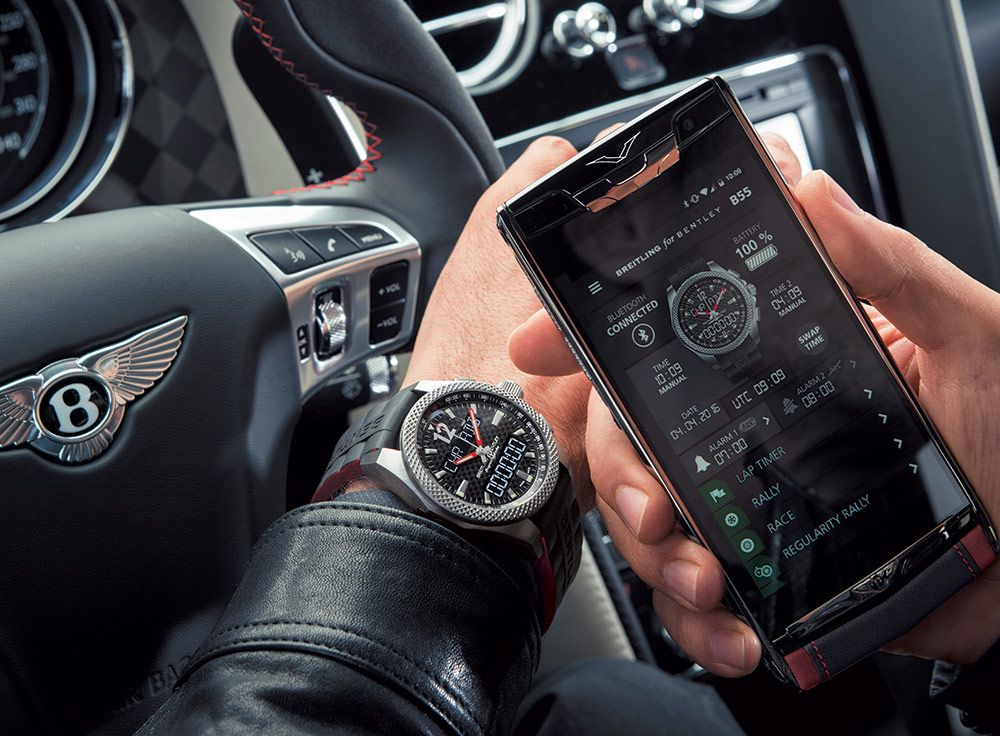 While the Exospace B55 had a suite of timekeeping features designed specifically for the cockpit, the Breitling Bentley Supersports B55 is going to be most useful on the track, as it’s equipped with a flyback chronograph, lap timer, and a special electronic tachymeter. In addition (Gumball 3000 prospects take note), its chronograph goes a few layers deeper with its “chrono rally” function, which records up to 30 rally stages complete with departure dates, start times, and stage durations. There’s also a “regularity rally” chronograph function, which a rally driver could use to determine how much distance they’d traveled in a given amount of time, and thusly whether or not he or she were on, ahead, or behind schedule. 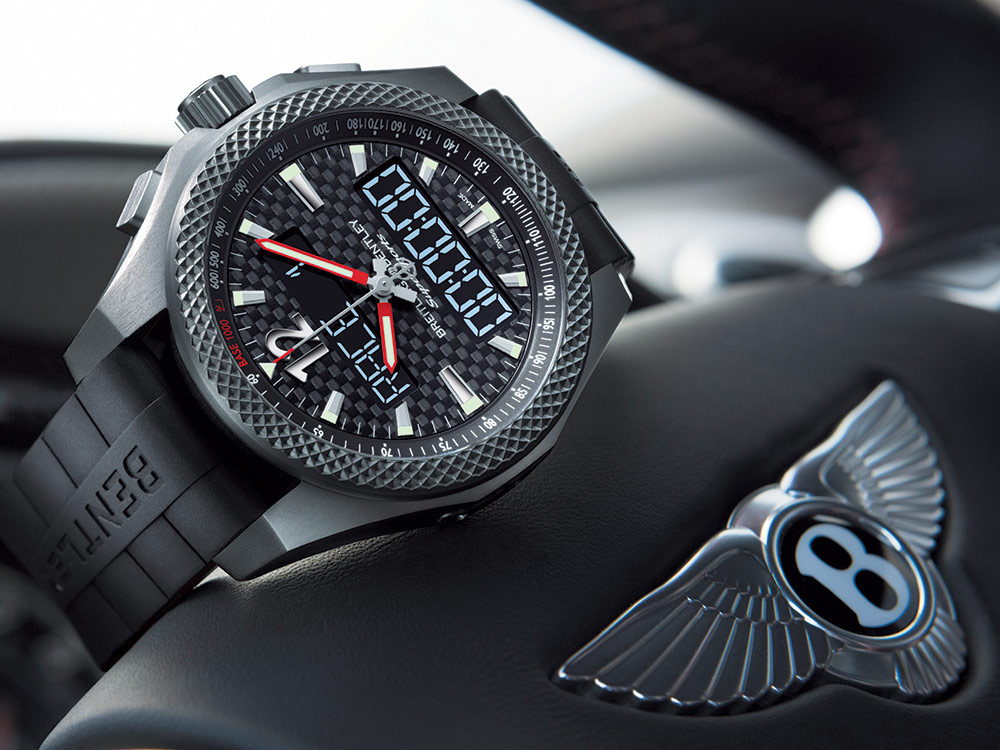 It was only a matter of time that Breitling expanded its Connected technology to another offering in the catalog, but the semi-exclusivity of the Bentley collaboration for the first follow-up is, at best, an odd choice. Perhaps the Superocean Connected, with dive memory, ascent alarms or surface interval timekeeping would have been a more natural choice? Maybe we just need to be more patient. At any rate, only 500 pieces of the Breitling for Bentley Supersports B55 watch will be produced, each carrying a recommended retail price of $7,860. breitling.com