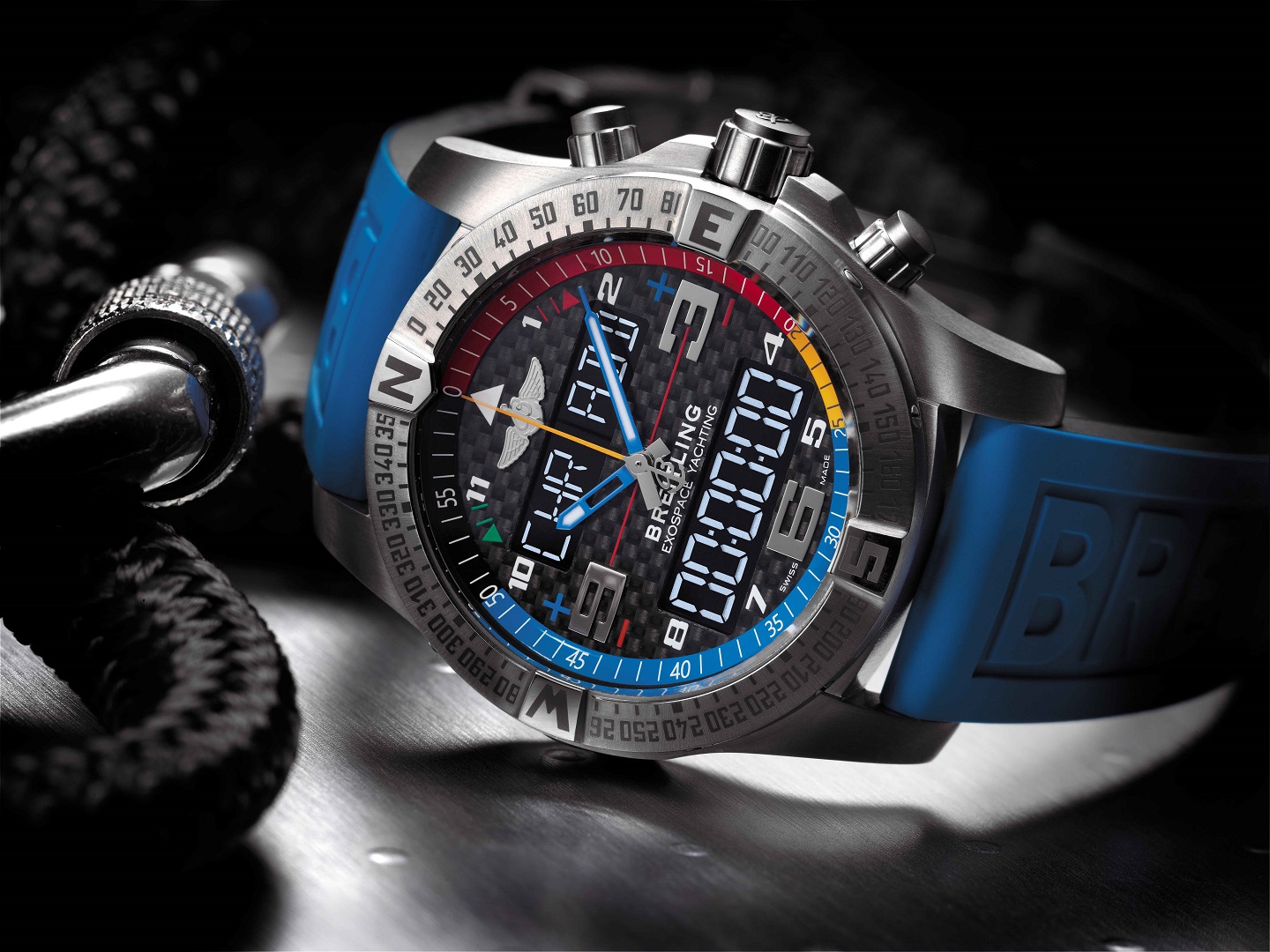 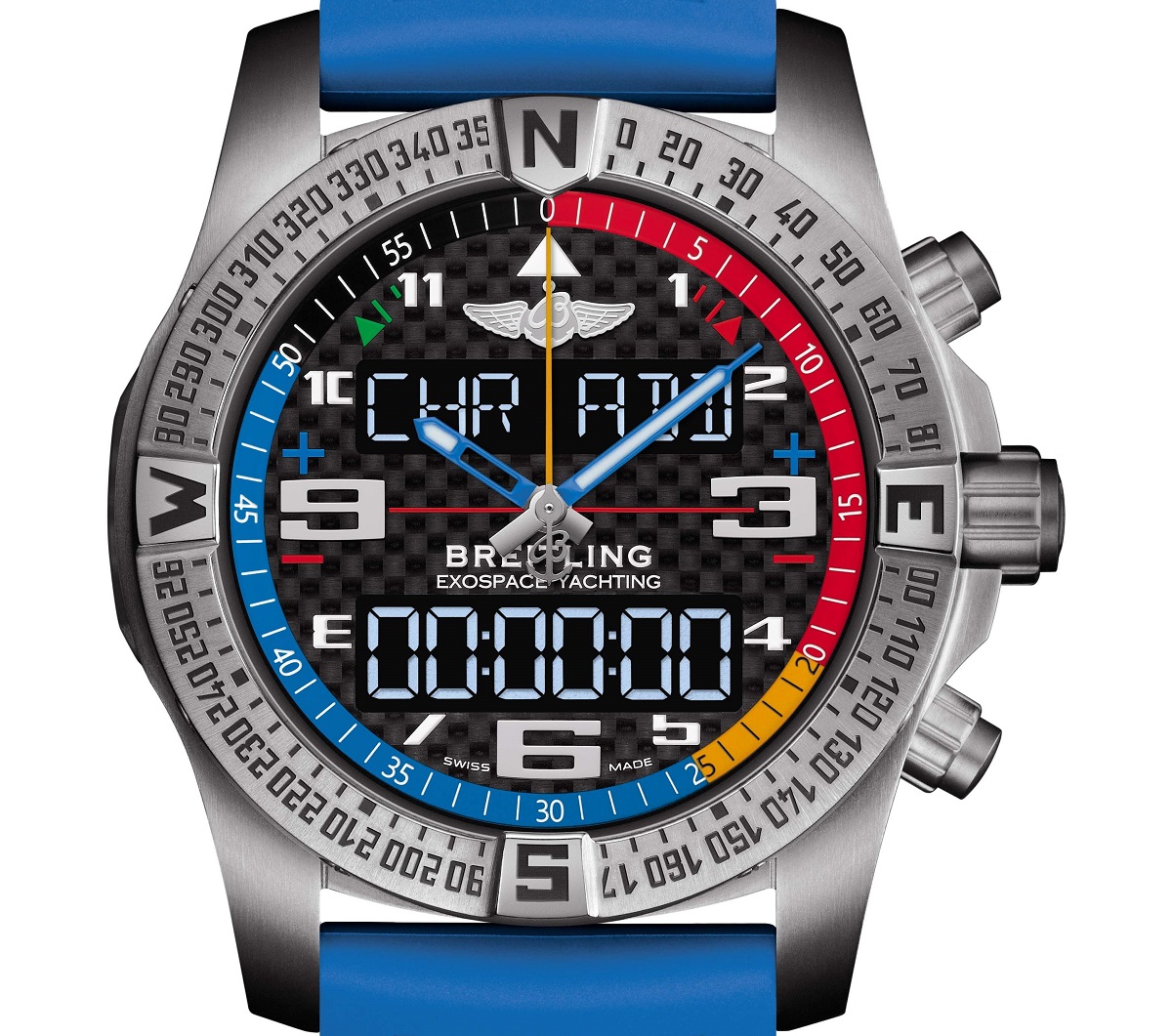 Breitling’s version of a  connected watch has long been an interesting proposition for me. The Exospace models (Wrist-Time Review here) have been released as a tool for pilots, and also for drivers, but the elusive sailor has been missing from this Exospace collection since 2016 – so it’s a natural progression in the direction of this utility watch and Breitling‘s commitment to “making great timepieces for use in the air, on the ground, and at sea.” Now, whether a sailor would actually wear (let alone use) an Exospace B55 or not is a question for later on, but there’s no doubt that the Breitling Expospace B55 Yachting model features an updated multi-colored dial and some cool tools for perhaps one of the most elite and expensive hobbies in the world – and it’s actually a little cheaper than previous versions of the watch.

I don’t particularly want to get into the generic Bluetooth-connected specs already presented in a number of articles we’ve published on the Exospace B55 in the past (see above), but do want to discuss where this watch fits in the marketplace and what’s actually changed for the Yachting model. Let me first start by saying, this isn’t really a smartwatch as many of the functions of the watch are only visible via a Bluetooth connection to your cell phone, and the coinciding app along with it. While yes, the watch can notify you via a buzzer or vibration if you receive a call, email, or text, along with other “smart” functions, you will still need to have your phone to view it – making this watch hardly an answer to the Tag Heuer Connected (as I’ve seen it unfairly compared). It’s hard to say if there is any actual direct competition to this watch (maybe the Tissot Sailing-Touch). The real draw to this watch is its combination of analog time-telling and digital features directly related to its function – yachting and regatta racing. 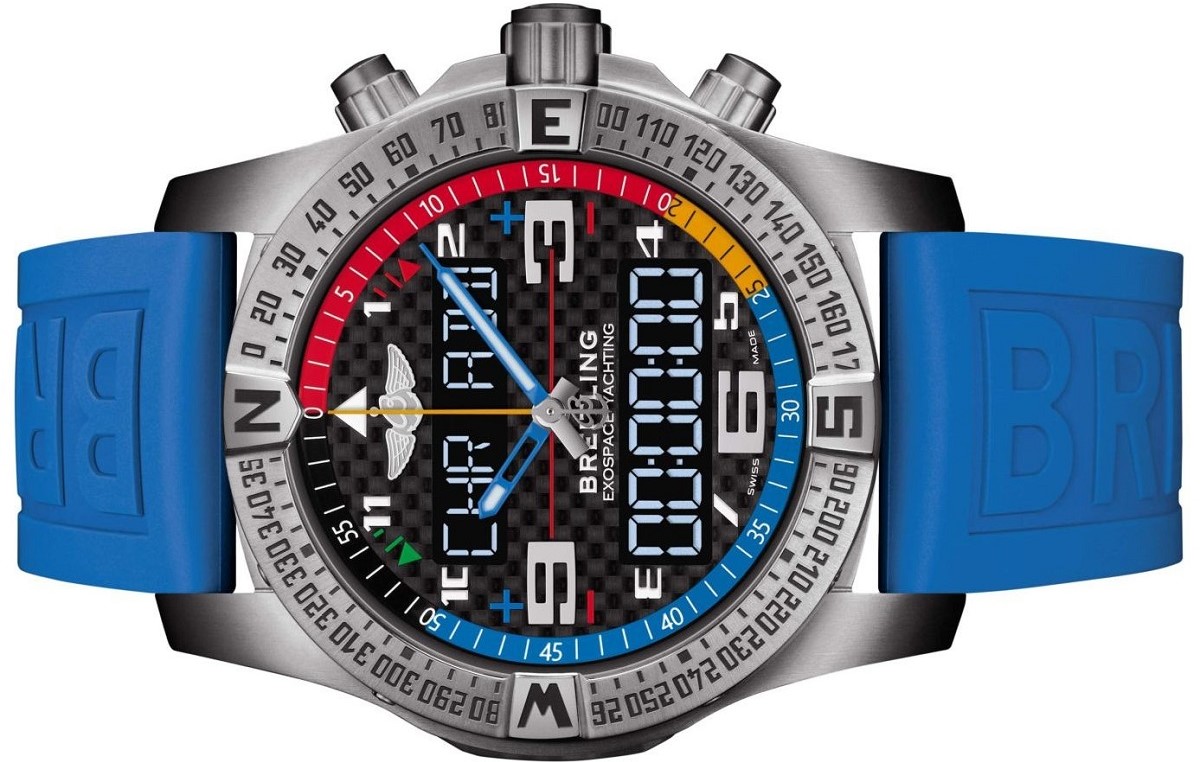 The functions of the COSC-certified Breitling Manufacture Caliber B55 SuperQuartz movement are fairly standard for a connected watch: set time, a number of chronograph functions, two time zones, countdowns, alarms, calendars, and some updated functions for yachting and regatta racing – including Split Time and an apparent countdown system that makes it easy to re-sync your times if a judge stops and resets a countdown multiple times. I can’t vouch for this being viable and useful as I have no experience in regatta racing, though it does sound like a very specific scenario. The watch stores split time that can be displayed quickly on the digital screens, or your phone, which is useful for timing and displaying laps. I feel though, that the real attraction is the ability to digitally record all time-related information – meaning you won’t need to have someone time this on a computer for you or write them all down.

Moving on to the watch itself, this is quintessentially Breitling. With a titanium case measuring in at a generous 46mm x 15.25mm, this watch will either get caught on the sleeve of a boating jacket, or sit on top of it. The claim is that the unidirectional rotating bezel can be useful for wind direction, sailing angle, and optimal starting positions, which I suppose is technically accurate – though I feel it’s a stretch for marketing. The new dial seems legible enough with the updated colors to the minute’s track and the hands and indices differing in color from the dial, making it easier to read the time when the watch gets wet. The watch comes with a blue rubber strap with a case-matching folding clasp and “BREITLING” branding that spans the entire length. Water resistance is optimal at 100m (even though it’s not a screw-down crown), something you’d be surprised isn’t always the case with boating-themed watches. 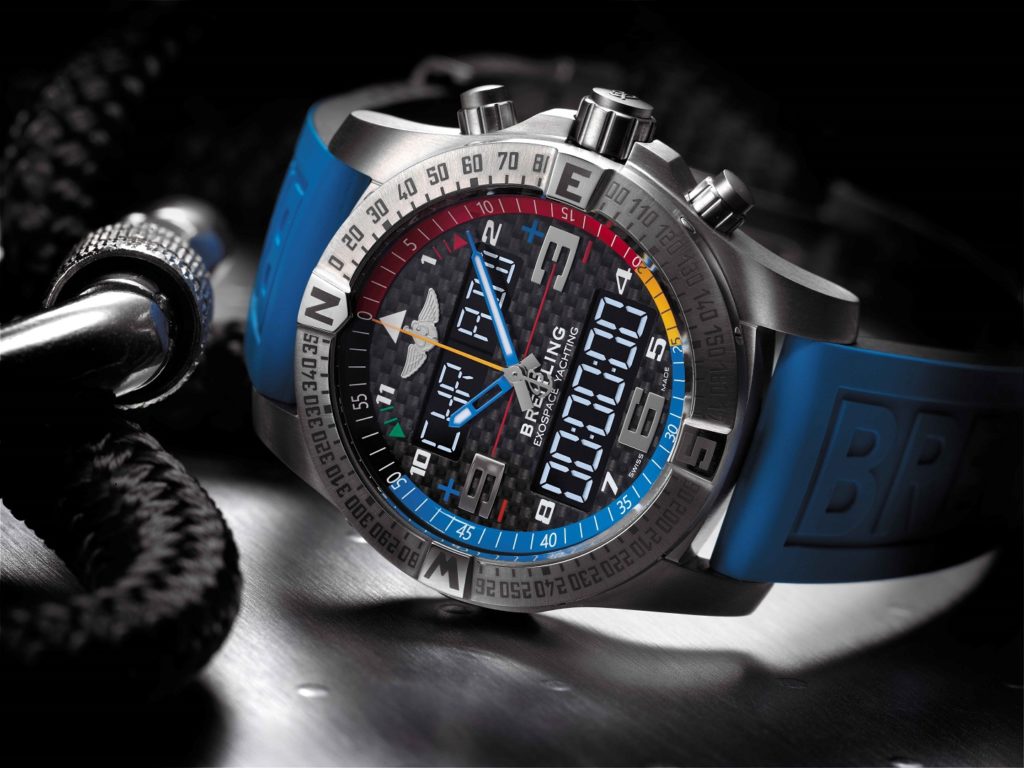 Overall, this is… a release. There are some minor electronic changes over its predecessor, and some additional aesthetic options may give this some appeal to regatta racers who want a new toy. I’ve struggled with the practical nature of the Exospace B55 collection as I feel that in those quick-thinking, fast-paced situations, the last thing a sailor, pilot, or racecar driver wants to rely on is a watch – though I do see its usefulness in a situation where that’s all you have available to you. The fact that this has fairly low competition will definitely make it appealing to a buyer who is interested in something that few people have, even if the reason that they don’t have it is that there are other tools with less learning curve that are more suitable for the job than the Exospace B55. However, I suppose that could be argued about all watches. I think we will see this watch strapped to the wrist of a boating enthusiast who may use a lot of the basic functions, but will never bother to learn any of the advanced metrics and chronograph functions.

The watch is cool, don’t get me wrong, and I hope that Breitling continues to add useful technology to a watch that straddles the line between smartwatch and Swiss luxury – even if it’s not the most practical to the casual enthusiast. Price for the Breitling Exospace B55 Yachting comes in at $7,170 – interestingly enough, almost $2,000 cheaper than its previous iterations, though I feel it’s still fairly expensive. breitling.com