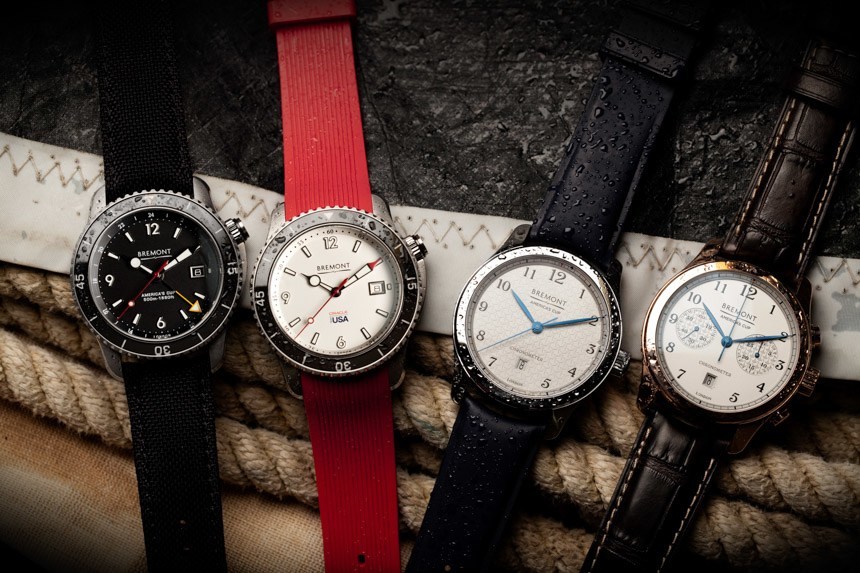 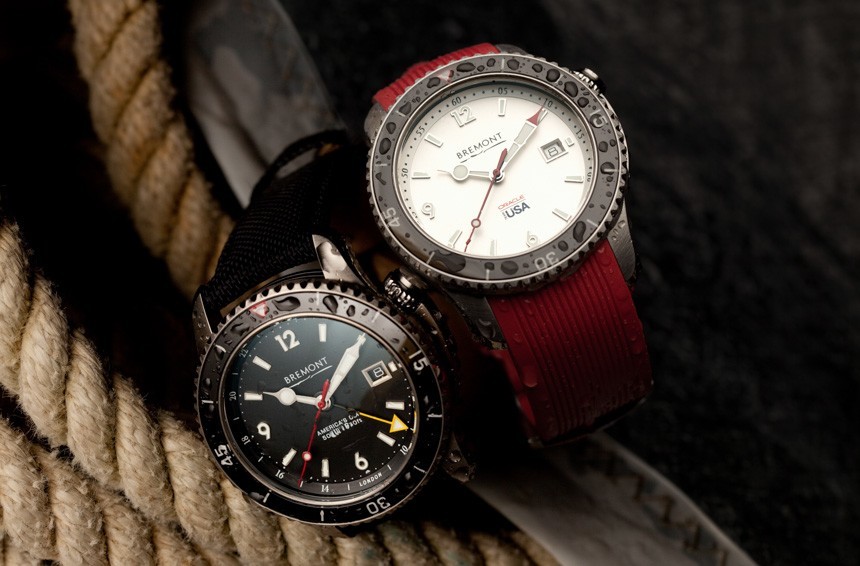 Sponsoring the prestigious boat race America’s Cup has proven to be a big deal for a number of watch brands so far, and as of May earlier in 2015, Bremont is the first British watchmaker to be the official timekeeper of the event. Furthermore, Bremont also works with Oracle Team USA, one of the major sailing teams to enter the race. Such an important occasion demands at least a special edition to go with it – we are seeing much more than that this time around though, as the Bremont America’s Cup Collection has been announced today, containing four different – albeit not entirely new – references.

Two, the Bremont AC I and Bremont AC II, respectively, are dedicated to the America’s Cup 2017 event and are more elegant in their styling – going well with the “official timekeeper” title the brand has acquired. The other two, much sportier in construction and overall appearance, are the Bremont Oracle I and Bremont Oracle II watches which, as their names indicate, are designed to go with the brand’s collaboration with famed sailing team, Oracle Team USA – the current defenders of the America’s Cup, no less. 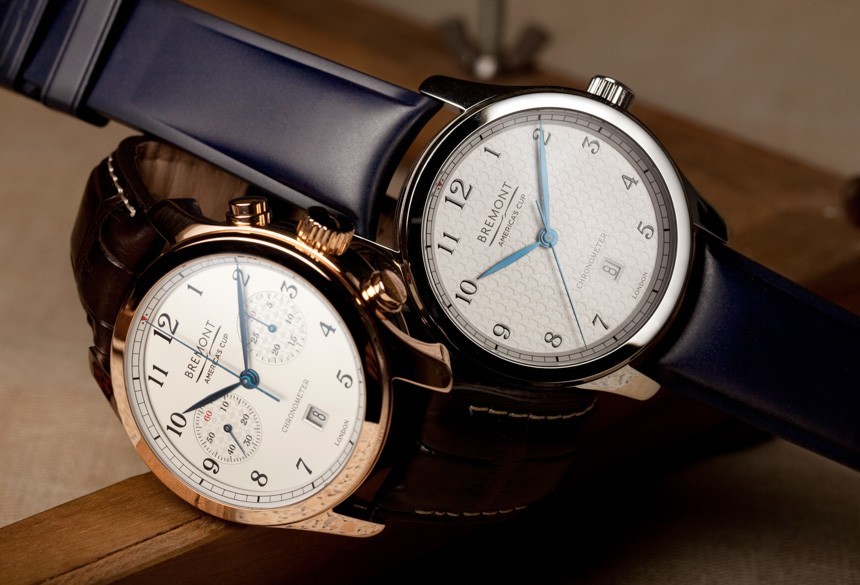 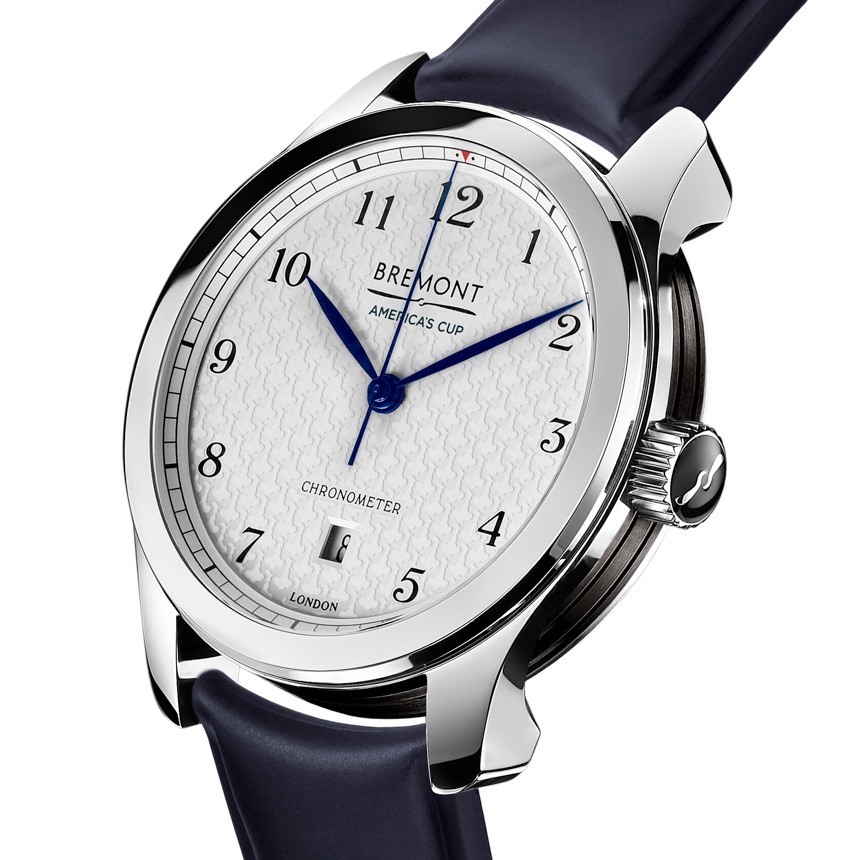 The Bremont AC I and AC II models are, as noted above, more elegant in their design, and while they do have some “yachting” flair to them, you can tell they will feel (and look) more at home in the on the shore than on one of the high-tech ships, literally flying above the plane of the open water. The AC I takes its design reference from the SOLO range (reviewed here). It is this piece that is the more simple and restrained of the two, with a three-hands layout sporting a central seconds hand and a date at the 6 o’clock position. The movement inside the 43mm stainless steel case is the BE-36AE, that should be a modified ETA 2836-2 with a much welcome chronometer certification. Price for the Bremont AC I is $4,695. 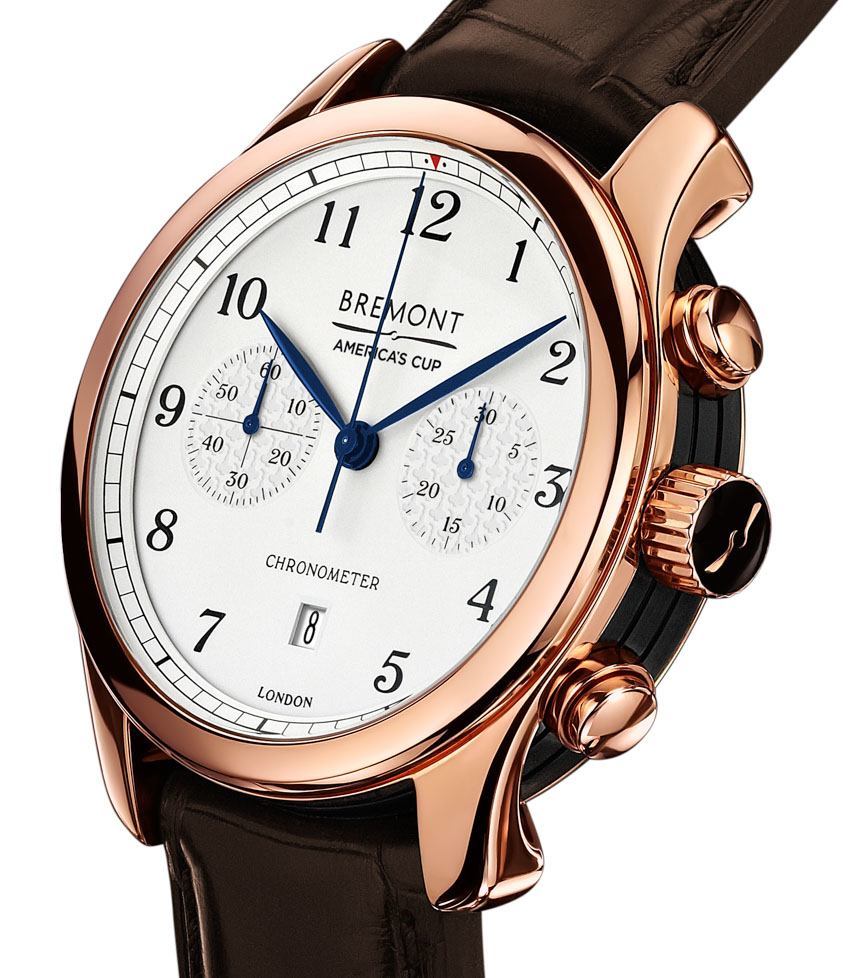 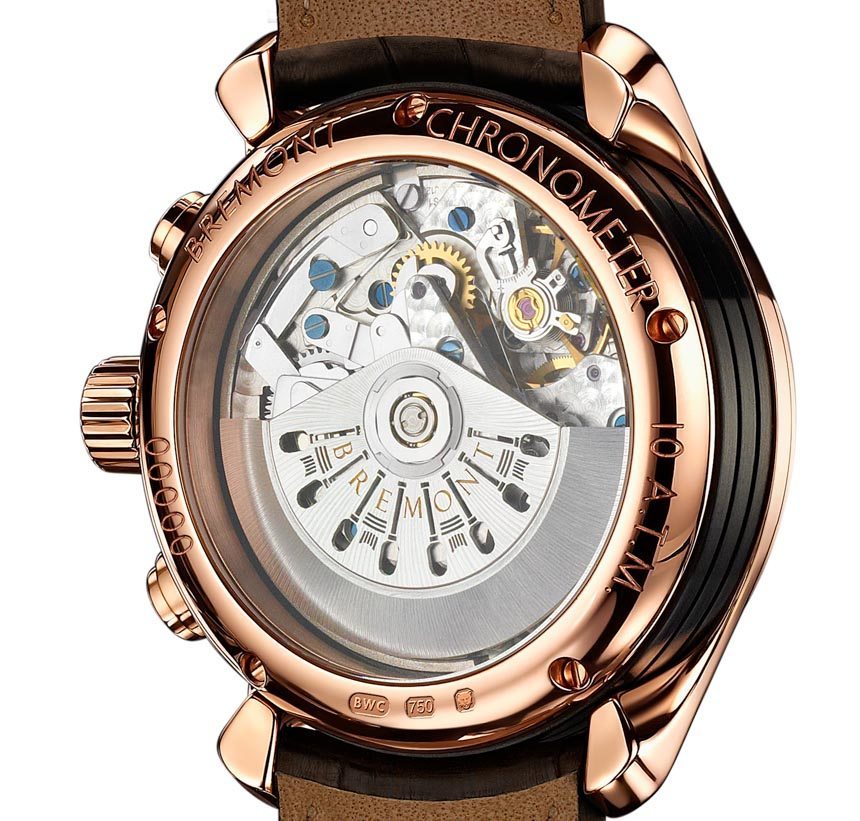 The Bremont AC II on the other hand aims higher with added functions, a gold case – and a consequently much higher price point. Again, 43mm wide, but in this instance in 18k rose gold with a Bremont “Trip-Tick” side barrel sporting dark DLC treatment, the AC II is considerably dressier looking than its three-hands counterpart. The BE-50AE movement is a modified ETA 7750 – once again, with C.O.S.C. certification. The full dial of the AC I, and the sub-dials of the AC II have been embossed with an “Auld Mug” pattern, that represents the shape of the trophy awarded to the winner of the America’s Cup match races. Other than the “sea blue” coloring of the hands and the unique pattern on the sub-dials, the AC II is rather similar to the ALT-1C we went hands-on with here. Price for the Bremont AC II Chronograph, available in rose gold, is $19,095. 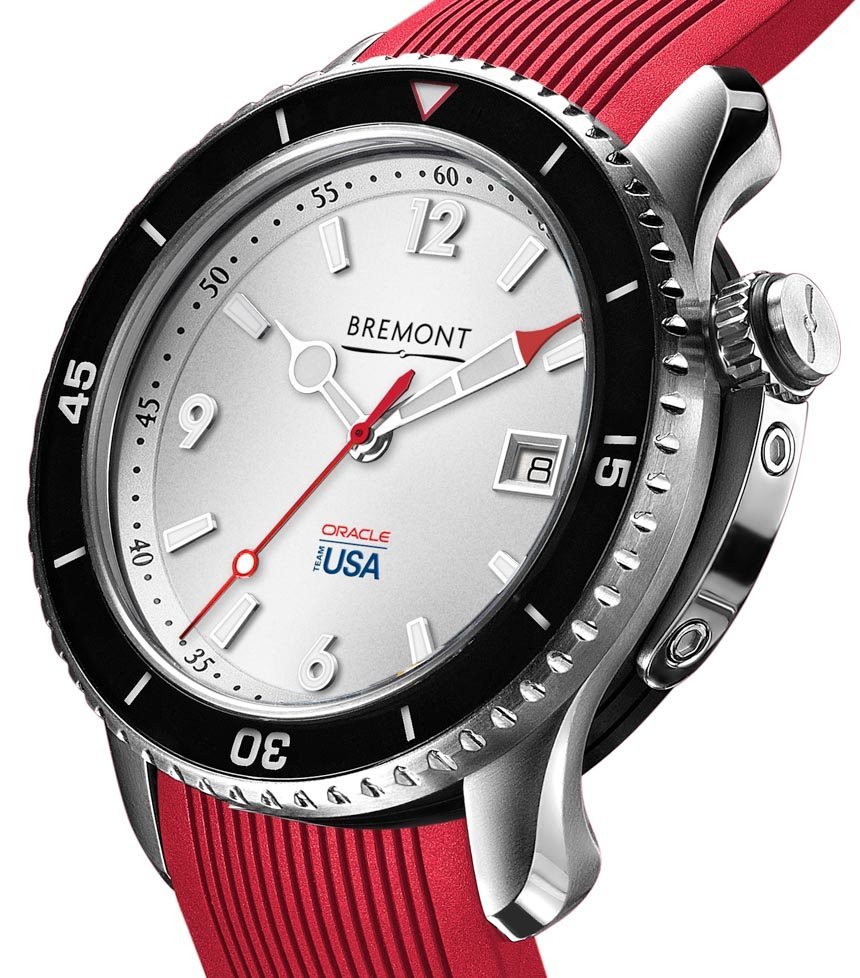 The Bremont Oracle I and Oracle II pieces have deservedly been named after the sailing team: based on the Supermarine, both feature C.O.S.C. certified movements and are water resistant to 500 meters. The Oracle I comes with a three-hands configuration (the same movement as is found in the AC I) over a metal dial bearing the Oracle Team USA logo at 6, all wrapped into the 43mm widesteel case with automatic helium escape valve, inner soft iron anti-magnetic cage, protective anti-shock movement mount and a crown at 2 o’clock.

That’s a capable package, as mere water resistance in itself is not at all enough to ensure that a watch performs well – and puts up with all the abuse – on a racing boat. As opposed to merely having a re-branded dial and/or case, it is nice to see that the watch in question promises to be capable of actually handling the race it is supposed to go with. Price for the Bremont Oracle I is $5,595. 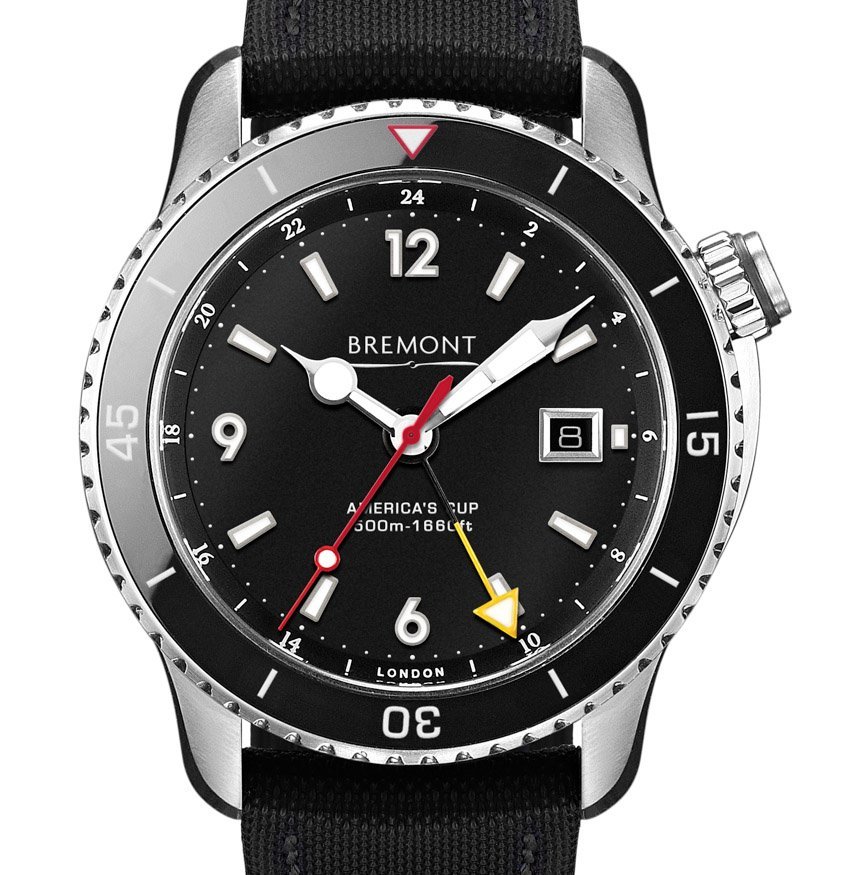 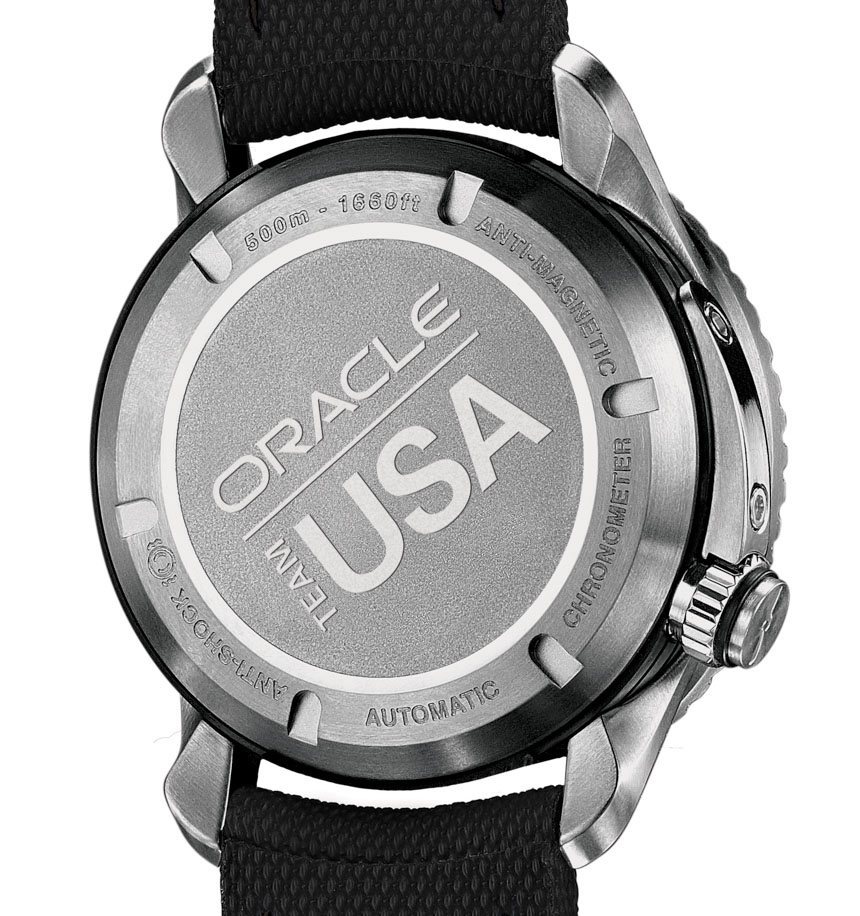 The Bremont Oracle II adds a a 24H GMT hand to the Oracle I and replaces the silver colored dial to one in black – which should provide it with better legibility as the contrast between the silver hands is incomparably better agains the dark background. Both pieces are chronometer certified and come on a red rubber strap and a black “kevlar-style” strap with stainless steel buckles. Price for the Bremont Oracle II is $6,195.

Bremont really outdid themselves to try and make the most of their doubled presence at the America’s Cup, catering to both fans of more elegant, dress watches, and also for those who are looking to acquire a piece of the more rugged, sportier side of Bremont. bremont.com