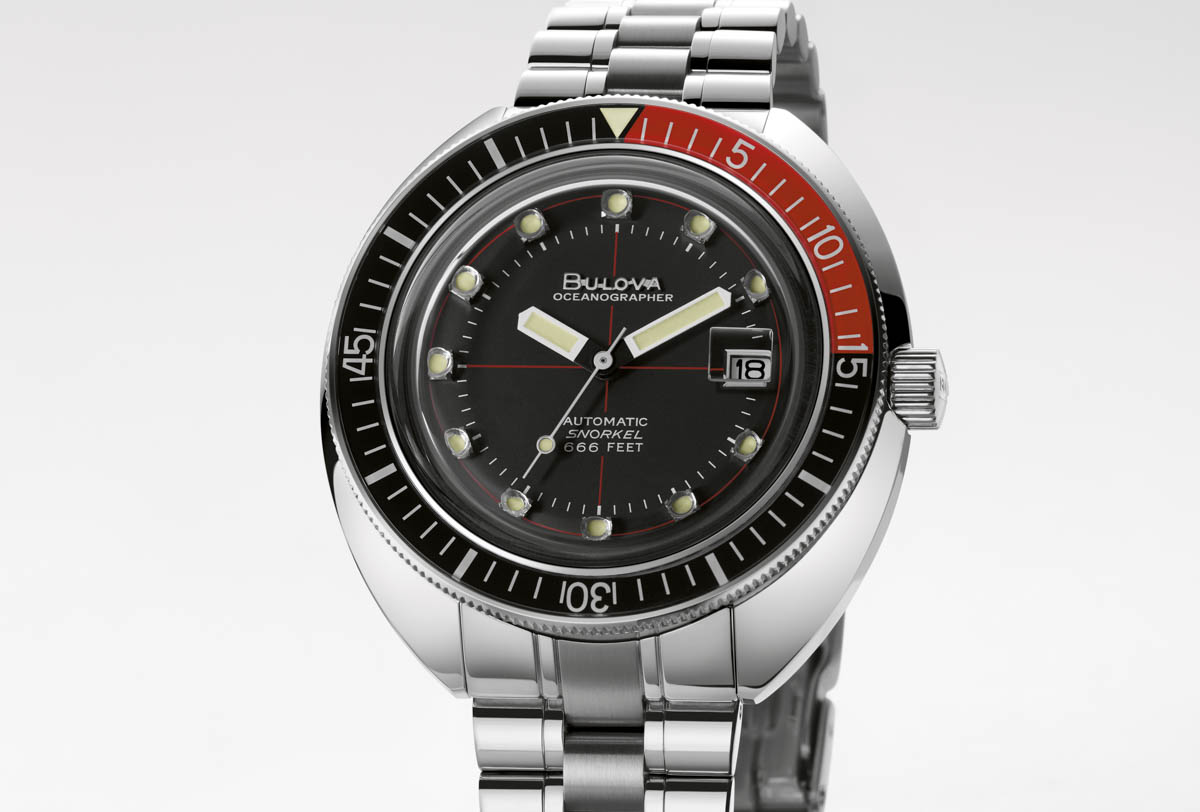 New York-based Bulova have a rich history in American timekeeping, vying with Omega in the ’60s and ’70s for the privilege of being worn by NASA astronauts during space missions. Although an Omega was famously worn by Buzz Aldrin on Apollo 11’s moon landing, Bulova wasn’t far behind. In 1971 a Bulova chronograph was worn by Apollo 15’s mission commander David Scott, the fourth manned mission to land on the moon. Since being acquired by Citizen in 2008 Bulova have been more associated with their “Precisionist” high-accuracy quartz timepieces, but the brand have recently been reprising some of their vintage models as an ‘Archive Series Collection’ which began in 2016 with the Lunar Pilot Chronograph. For Baselworld 2018 the brand have reprised another watch from their heritage, this time the 1972 “Devil Diver” which is being re-released in a historically accurate form with the Bulova Archive Series Oceanographer Devil Diver Limited Edition, and with some modern touches (including a larger case size) in the non-limited Archive Series Oceanographer Devil Diver. 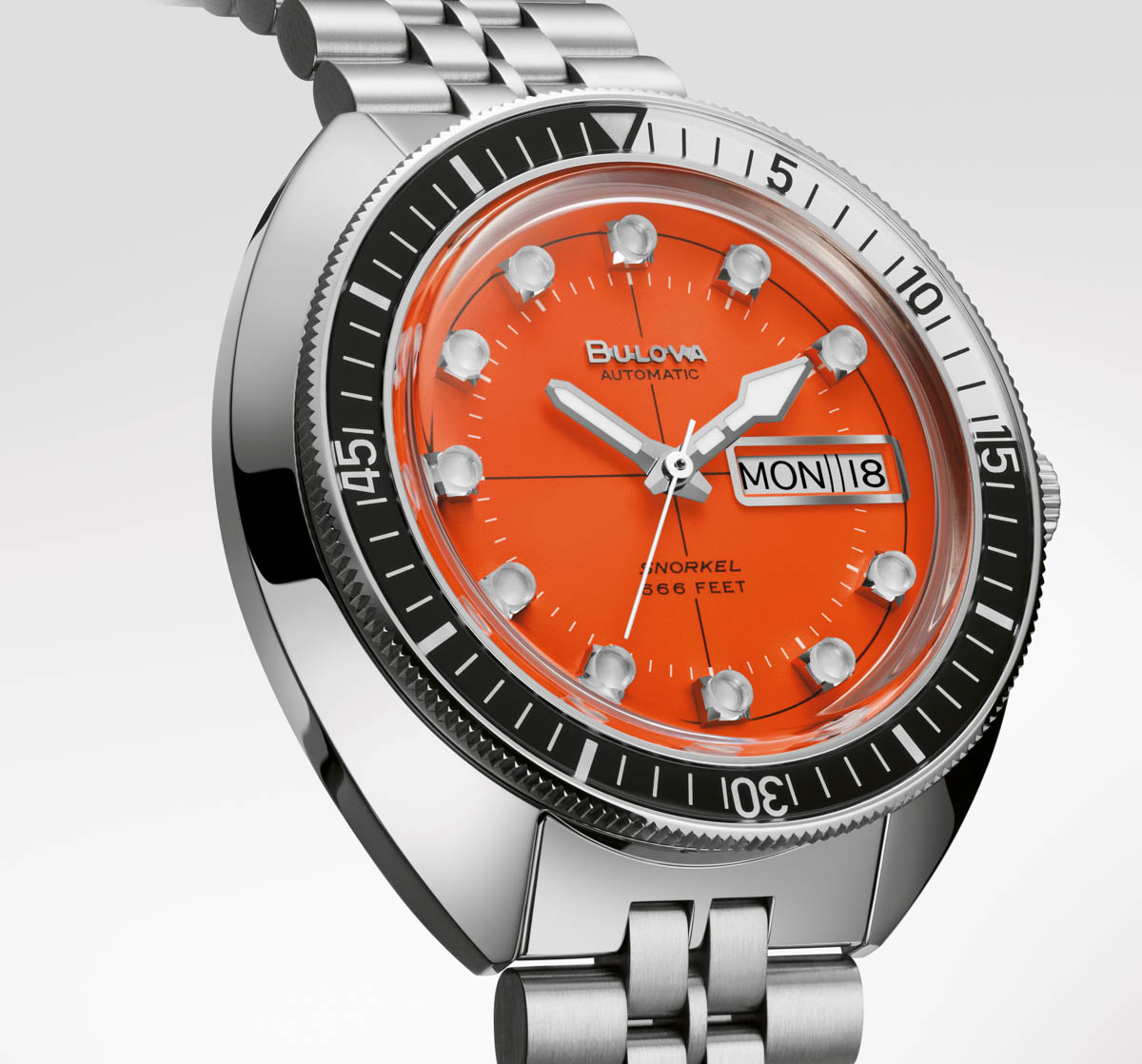 Perhaps following in TAG Heuer’s footsteps with their Autavia Cup, Bulova has partnered with another New York based retailer Analog/Shift to conduct a worldwide vote on which historic Bulova model would be reissued this year. Three options were available; the 1972 Oceanographer Devil Diver, the 1970 Bullhead Chronograph, and the 1970 Surfboard Chronograph. Needless to say the Devil Diver won, so named because of the depth designation of 666ft on the dial. Two versions of this watch are being released; a higher-priced limited edition and a more affordable non-limited model.

The Bulova Archive Series Oceanographer Limited Edition features a historically-accurate 40mm case, bright orange dial, black and white bezel and day-date complication, as well as a Swiss automatic movement and more harmonious dial text (two lines for “Bulova Automatic” at 12, and two lines for “Snorkel 666ft” at 6). The non-limited edition is bigger at 44mm, features a black dial with red-and-black bezel, has redesigned baton-style hands with a luminous pip on the second hand, and a more affordable Japanese Miyota movement within. The non-LE’s dial is also a bit busier, with “Bulova Oceanographer” text at 12 and three lines for “Automatic Snorkel 666ft” at 6.

Despite the higher price, the Bulova Archive Series Oceanographer Limited Edition is by far the more desirable of these two models in my opinion. Historical accuracy is greater, the case size is more wearable for the majority of us, and the dial is both more balanced and bolder with its bright orange looks. The inclusion of a Swiss-made Sellita 200 doesn’t hurt either, a reliable caliber that will be easy to service in the future. Fittingly limited to 666 units, the Bulova Archive Series Oceanographer Limited Edition is priced at $1,495, while the non-limited black dial version is priced at $795. bulova.com