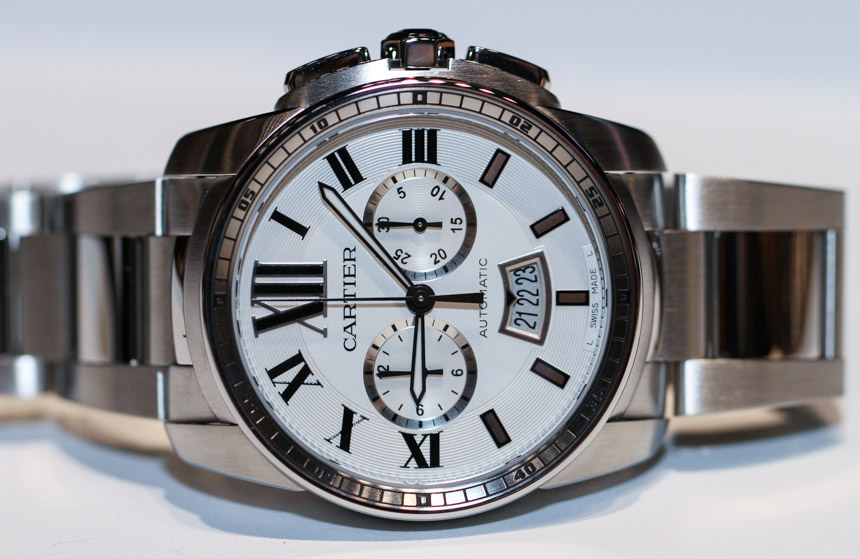 Cartier has made it pretty clear that the Calibre case is going to enjoy a lot of life. It has served as the base for everything from mainstream luxury to ultra-high-end Cartier models, and continues to have a promising future as Cartier currently prefers the Calibre as their premier men’s model. One of my personal favorite aspects of the Calibre is that no one has ever referred to it as “unisex.” Many Cartier timepieces have that fluid sense of French polish that makes them good enough for a man, but appropriate for a woman. The Calibre is “all dude.” Earlier in 2013 the collection was extended with the Calibre Chronograph model (debuted here).

I was pretty happy with the original Calibre watch when Cartier released it in 2010. Later, I offered an aBlogtoWatch hands-on review of the Calibre here. What many people don’t recall is that Cartier chose the Calibre as the first watch to house their in-house made movement known as the caliber 1904MC. This wasn’t their first in-house made movement – Cartier started with ultra-luxury stuff a few years before. The 1904MC was not only a new movement, but meant to be the base of many future movements. Designed to be flexible, the 1904MC is what all in-house movement-based Cartier timepieces contain. So here it is with a chronograph. In the Calibre Chronograph, the movement is known as the 1904-CH MC. 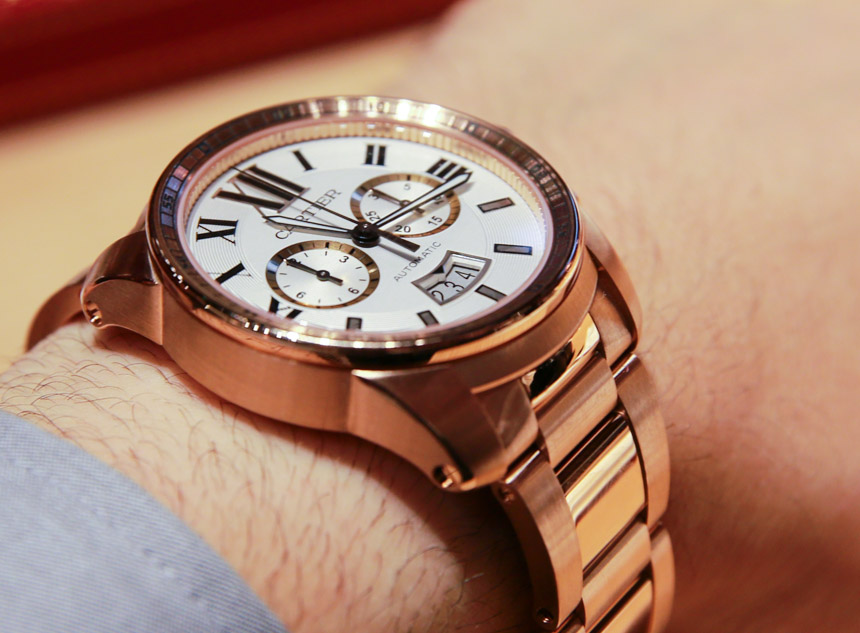 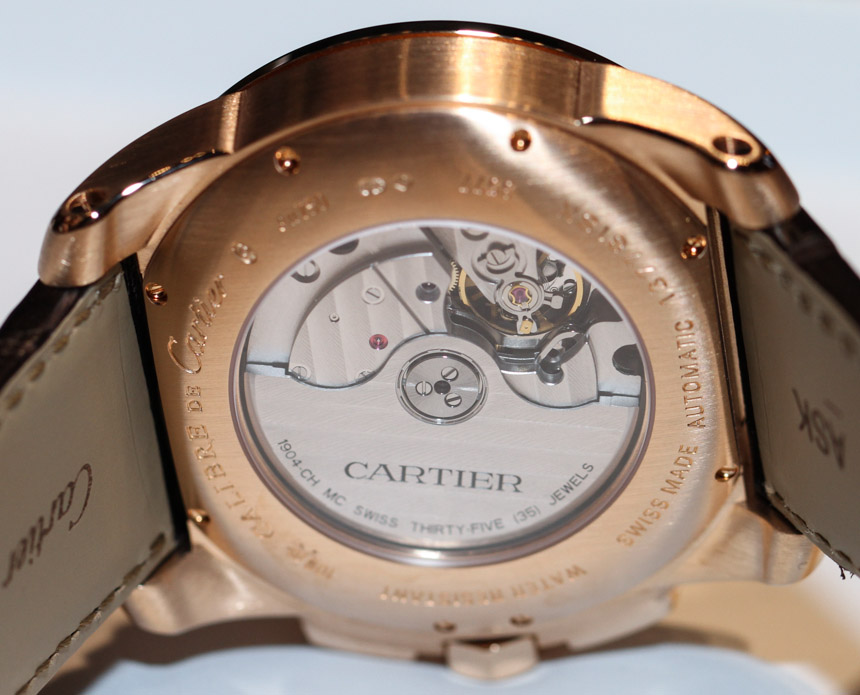 The 1904-CH MC automatic is similar to the pure base movement without the chronograph module but with a slightly different dial layout as well as a 30 minute chronograph offered in a bi-compax layout. Frequency is 28,800 bph and the power reserve is 48 hours. It also has the date located at 6 o’clock. The enduring controversial element of the Calibre’s dial design is the “open” date window. I have to admit this design feature looks much worse on some other watches, but it sticks out as something offered purely to be quirky.

I’ve heard two things about the chronograph sub dials. Some people believe that the dials are too close together, and others really appreciate their positioning because it allows for a relatively unobstructed view of the hour markers which allow for optimal legibility. Who do I agree with? Well both I suppose. Legibility is rather good but with the ring around the sub dials, their placement toward the middle of the dial is perhaps too emphasized. Having said all that, I love the symmetry of the dial and feel that compared to the original Calibre dial (with subsidiary seconds dial) the Chronograph is much better balanced and appears more comfortable. So while it perhaps isn’t the world’s most perfect dial, it is nice and attractive enough to proudly bear the Cartier name. 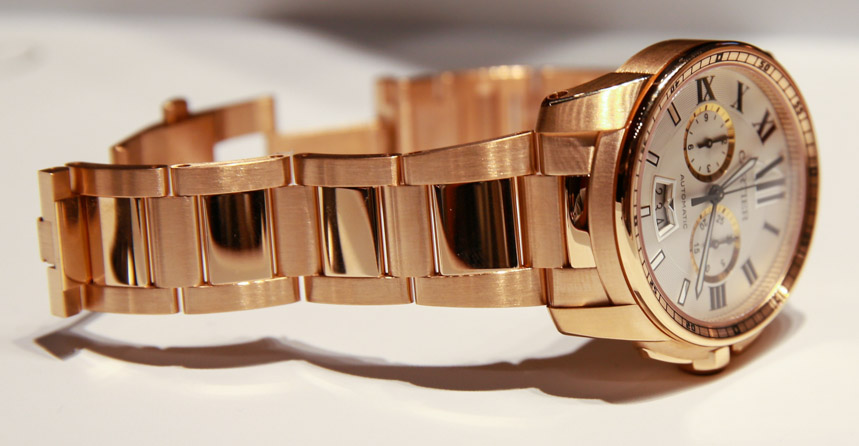